Front row? At Louis Vuitton’s ready-to-wear show, the key spectators were in a grandstand

What happens when spectators become part of the spectacle – and there’s more than one spectacle? Louis Vuitton creative director Nicolas Ghesquière conducted an experiment in directing gaze for the French house’s AW20 ready-to-wear show at the Louvre’s Cour Carrée. The theatrical Es Devlin-designed set stripped front-row attendees of their usual prestige as key spectators, giving the distinction to a chorus of 200 characters cloaked in garb dating from the 15th century to 1950.

The show’s cross-epoch theme ‘Time Clash’ foreshadows this year’s Met Gala. Louis Vuitton creative director Nicolas Ghesquière was recently named as a co-chair for the event, which will celebrate the opening of exhibit About Time: Fashion and Duration at the Metropolitan Museum of Art. Time Clash, according to a spokesperson for Louis Vuitton, questions what would happen if the ‘innumerable eras that nourish fashion could come together’ in present day. ‘I wanted to imagine what could happen if the past could look at us,’ Ghesquière told Vogue. 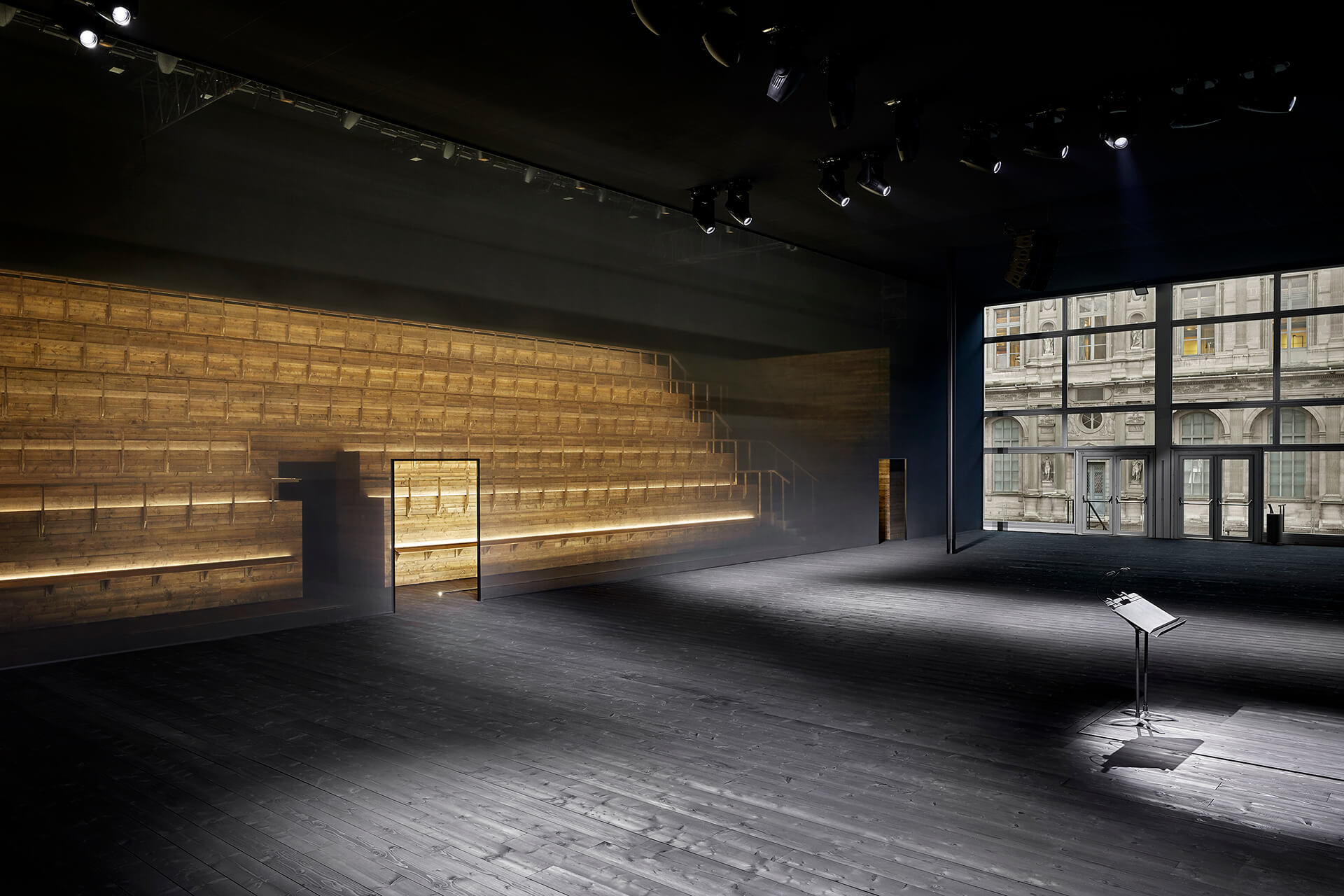 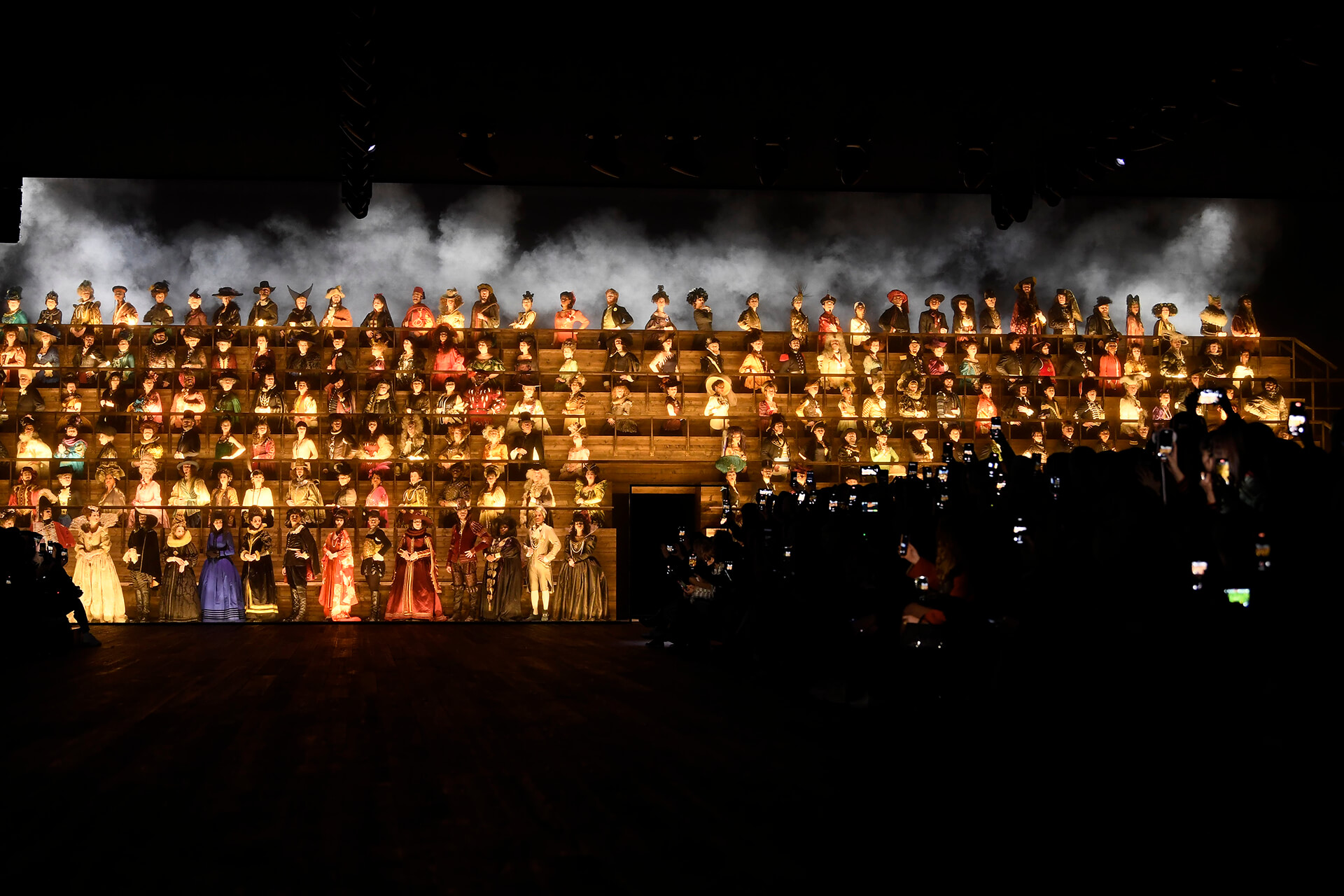 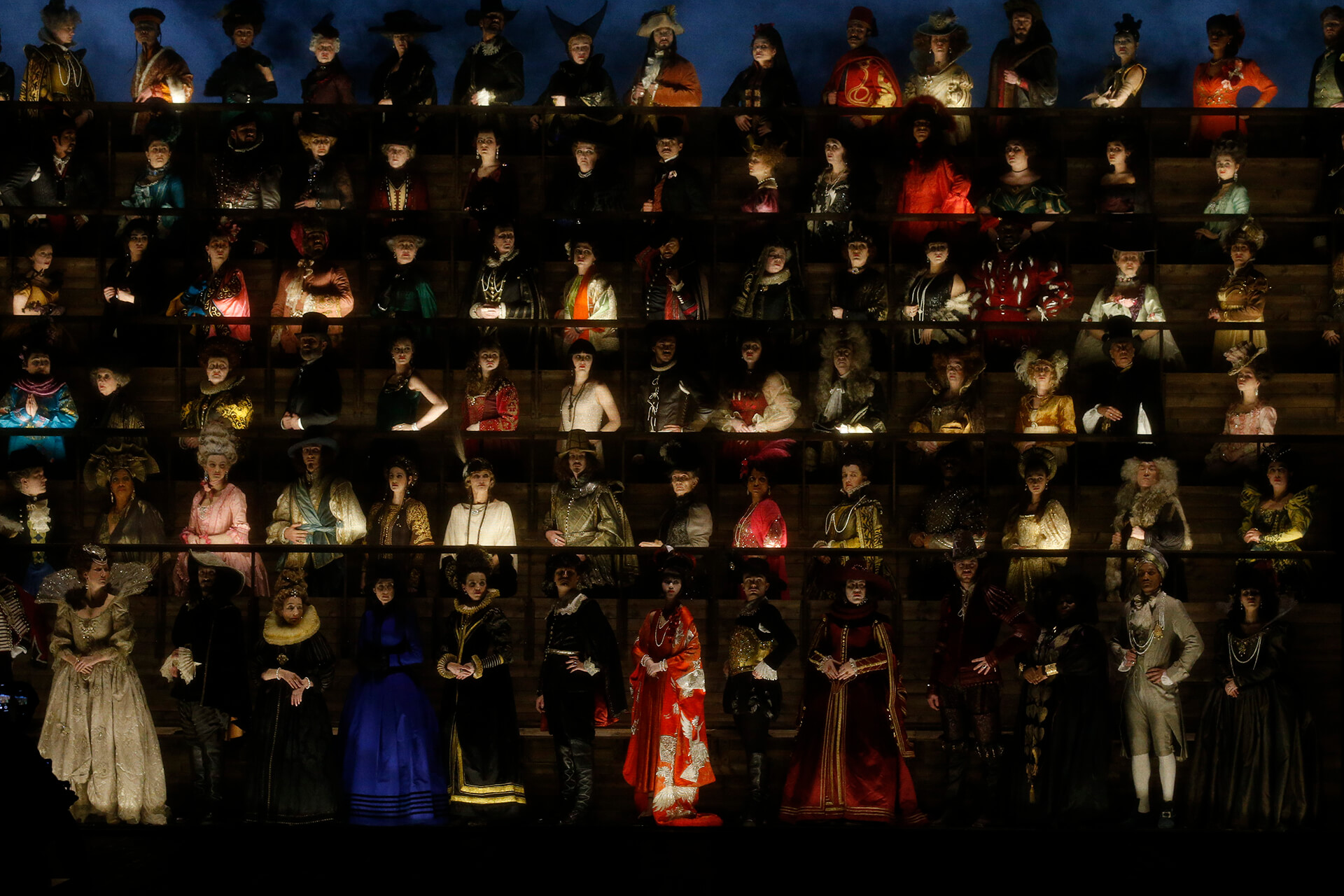 A curtain was drawn as the show began, unveiling the time-travellers standing in a spotlit grandstand with shadowy smoke swirling overhead. As the models walked down the black parquet flooring, the chorus performed Three Hundred and Twenty, a composition by Woodkid and Bryce Dessner that revives the work of Nicolas de Grigny, a contemporary of Bach. To costume the chorus, Ghesquière entrusted Milena Canonero. Renowned for outfitting Stanley Kubrick’s A Clockwork Orange, Barry Lyndon and The Shining, the designer is a four-time Oscar winner.