When upscale Canadian retailer Hudson’s Bay completes its exit from the Dutch market later this year, luxury department store De Bijenkorf will remain the last of its kind in the Netherlands. A 3,500-sq-m menswear department designed by interior architecture studio i29 is the latest completion in a major ongoing renovation of its landmark flagship in Amsterdam, led by firm HMKM and KAAN Architects.

De Bijenkorf’s ownership – the British Selfridges Group – indicates why the centuries-old Dutch retailer can think of new spaces when department stores at home and nearly everywhere else are spiralling downward. The prestigious parent company encompasses Britain’s Selfridges, Canada’s Holt Renfrew and Ireland’s Brown Thomas and Arnotts in addition to De Bijenkorf. For the financial year 2017-18, Selfridges reported a jump of 11.5 per cent in sales at its namesake London flagship; De Bijenkorf, 12 per cent. Just last month, the Dutch retailer entered the German market with a web shop. 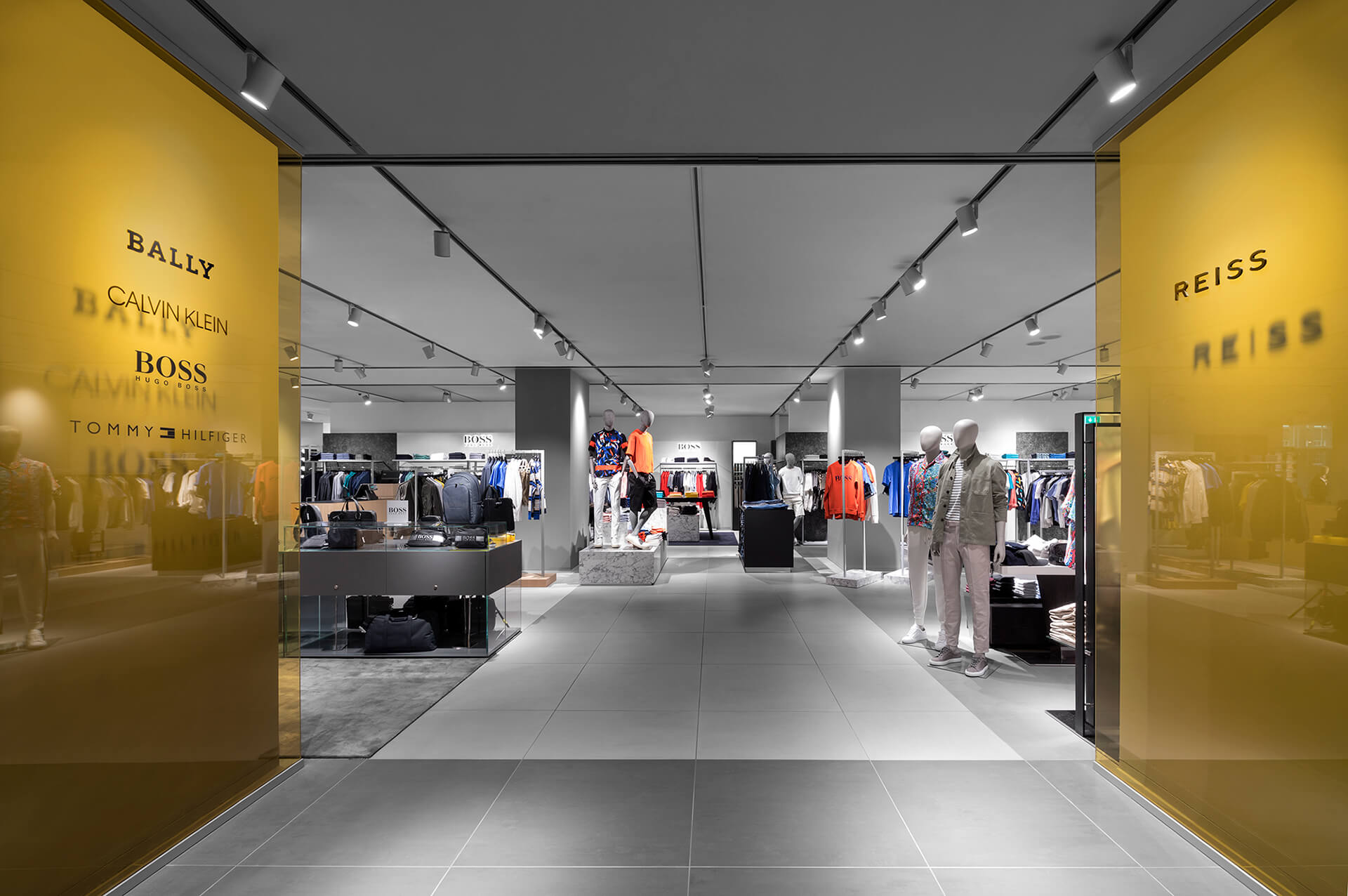 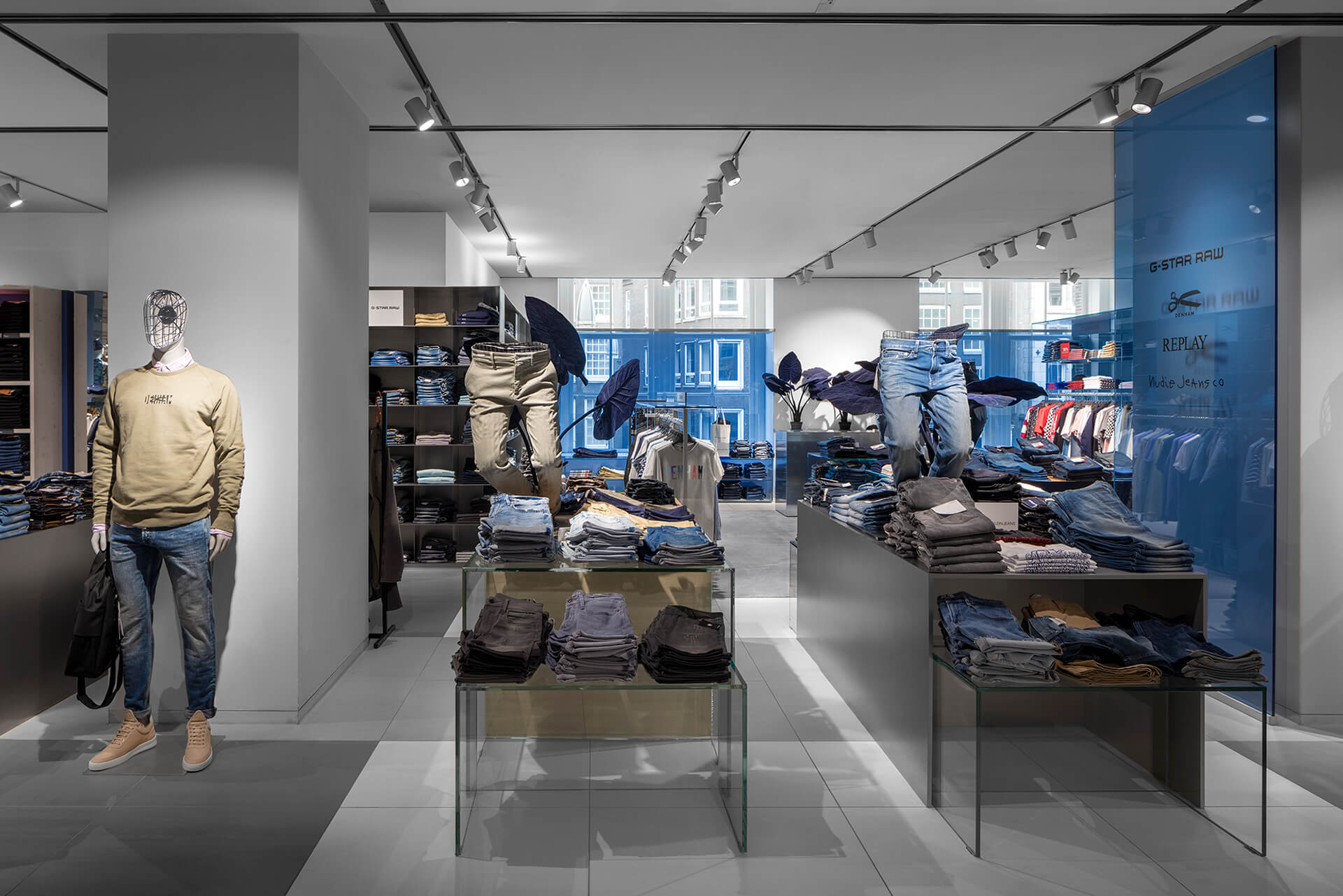 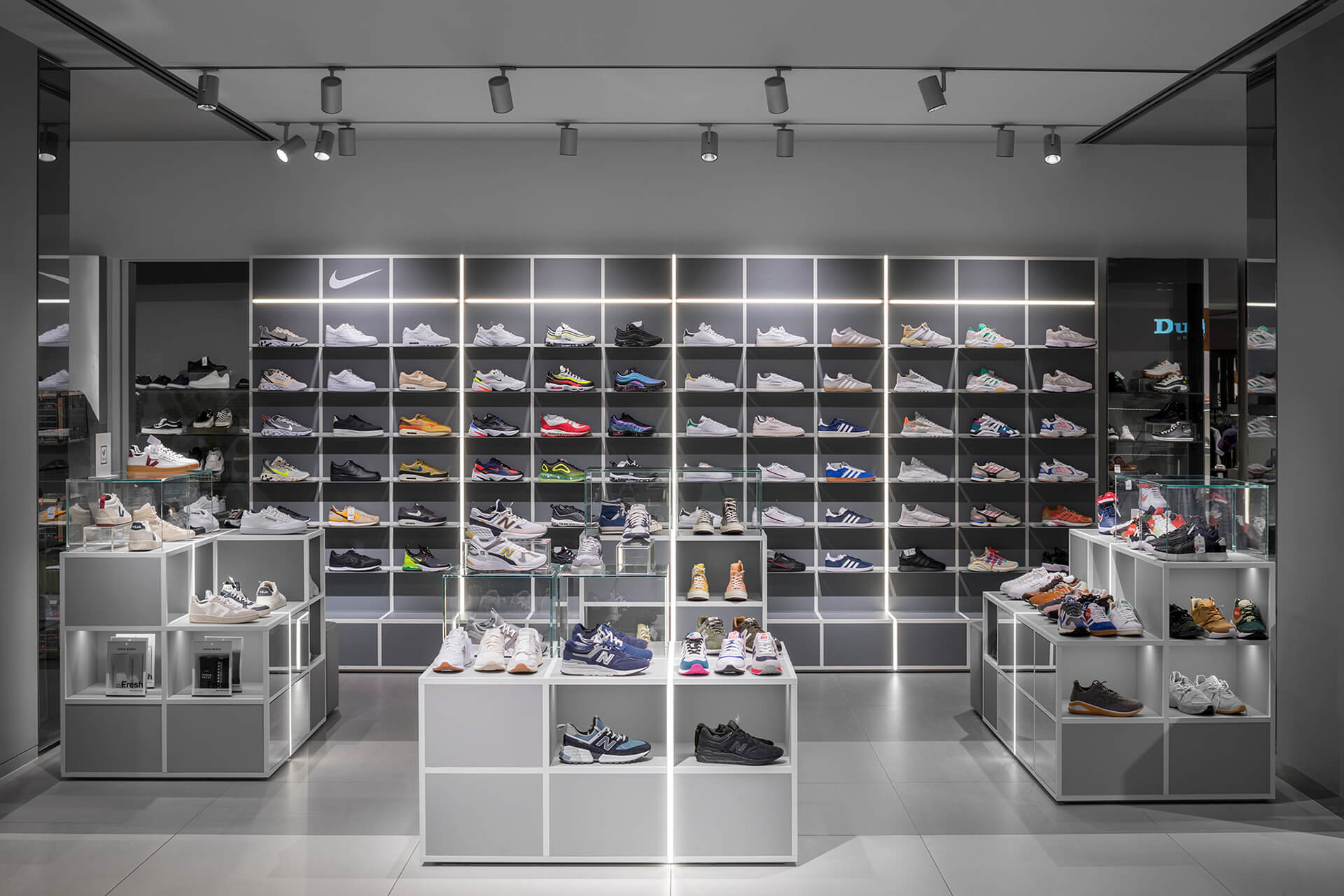 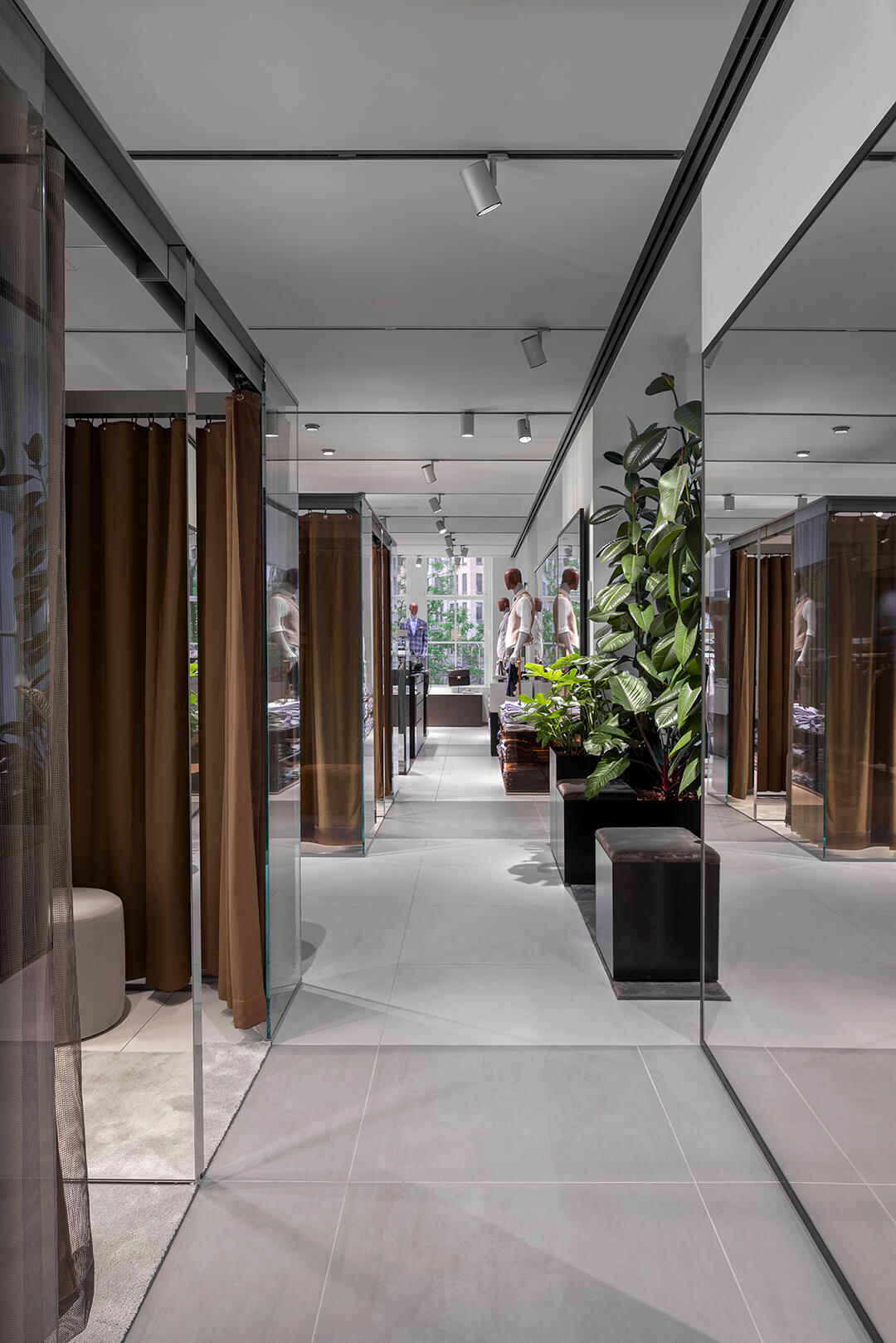 Selfridges Group’s intent focus on customer experiences – both those in the now and those to come – is a primary reason for that growth. De Bijenkorf’s new men’s department reflects a crucial part of this ethos: a dedication to building futureproof spaces. To create such a system – evergreen and easily adaptable for ultimate brand expression – i29 built a spatial grid that transparently connects the floor, columns, ceiling and furniture with each other. Individually branded spaces follow the general structure, but each are distinguished by unique colouring and materialization; temporary reorganization for seasonal or sale presentations is made possible by the organic subdivision of products. Overall, the design strategy is one that makes way for a unified experience while ‘ensuring diversity, variation and flexibility,’ according to a spokesperson for the studio.

Previously, i29 completed Room on the Roof, a space in De Bijenkorf Amsterdam's tower that's used for artists in residence. More than seven million visitors traffic the department store each year, and the interior architects state confidently that every single one can expect a new experience with each return.

The team at i29 has submitted their work to the spatial design competition of the year – Frame Awards 2020.  Have you also developed a standout retail space this year? You have a second chance to be in the running: our submission deadline has been extended to 1 November 2019!