Google’s exhibition during this year’s Milan Design Week sounded innocent enough. VP of Design Ivy Ross and her team would be using a wearable armband to measure the body’s reactions to conceived spaces, and use that data to determine which home environments make visitors feel more at ease.

What I got, instead, was a class in socioeconomic conditioning.

In Latin America, where I’m originally from, post-colonialism is alive and well. The Spaniards and the Portuguese left behind a human Pantone scale that, while not as (ahem) black-and-white as the divisions seen in the American South and South Africa, does create invisible lines that keep darker-skinned individuals from shopping, lounging, eating or just being in certain beautifully designed spaces. 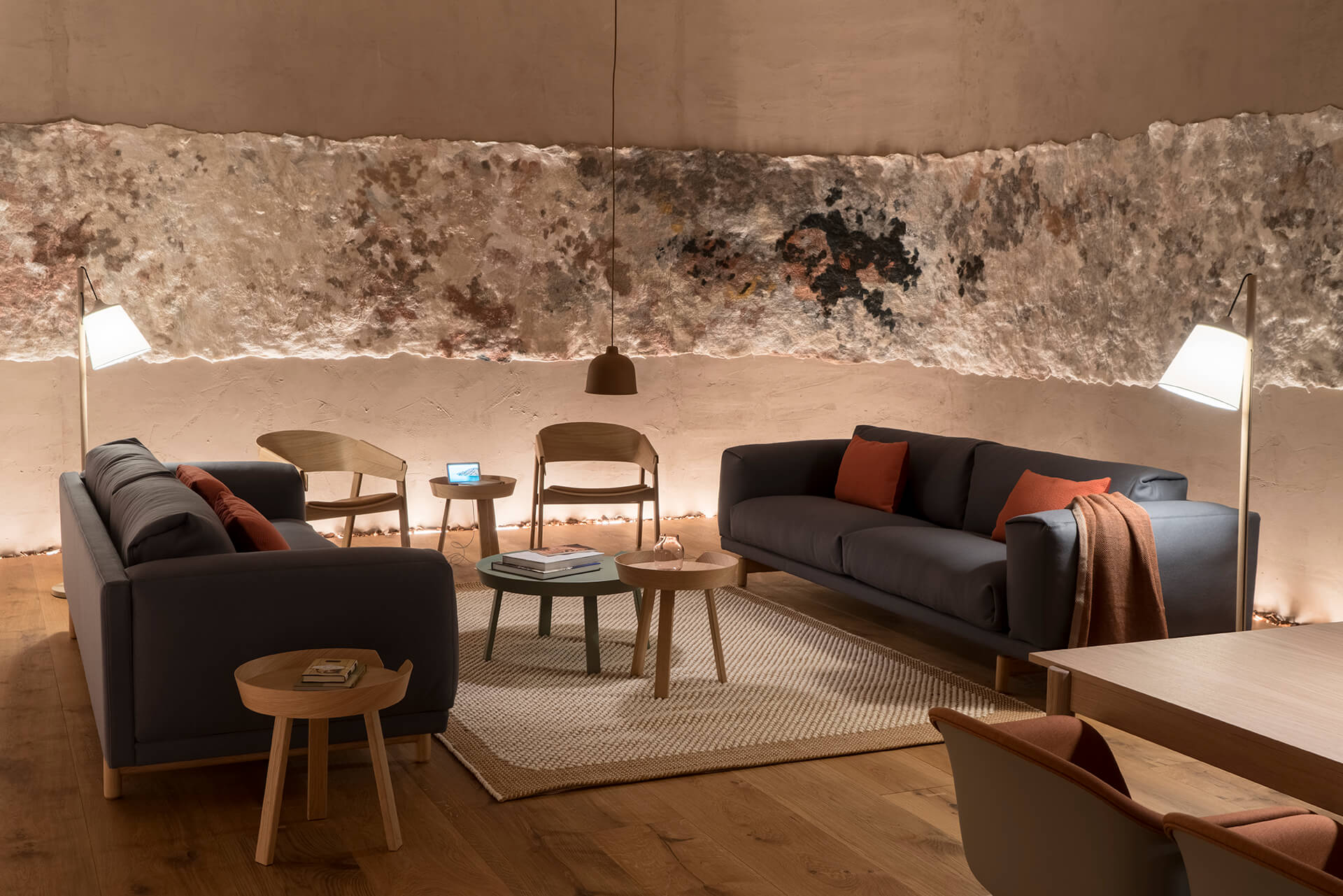 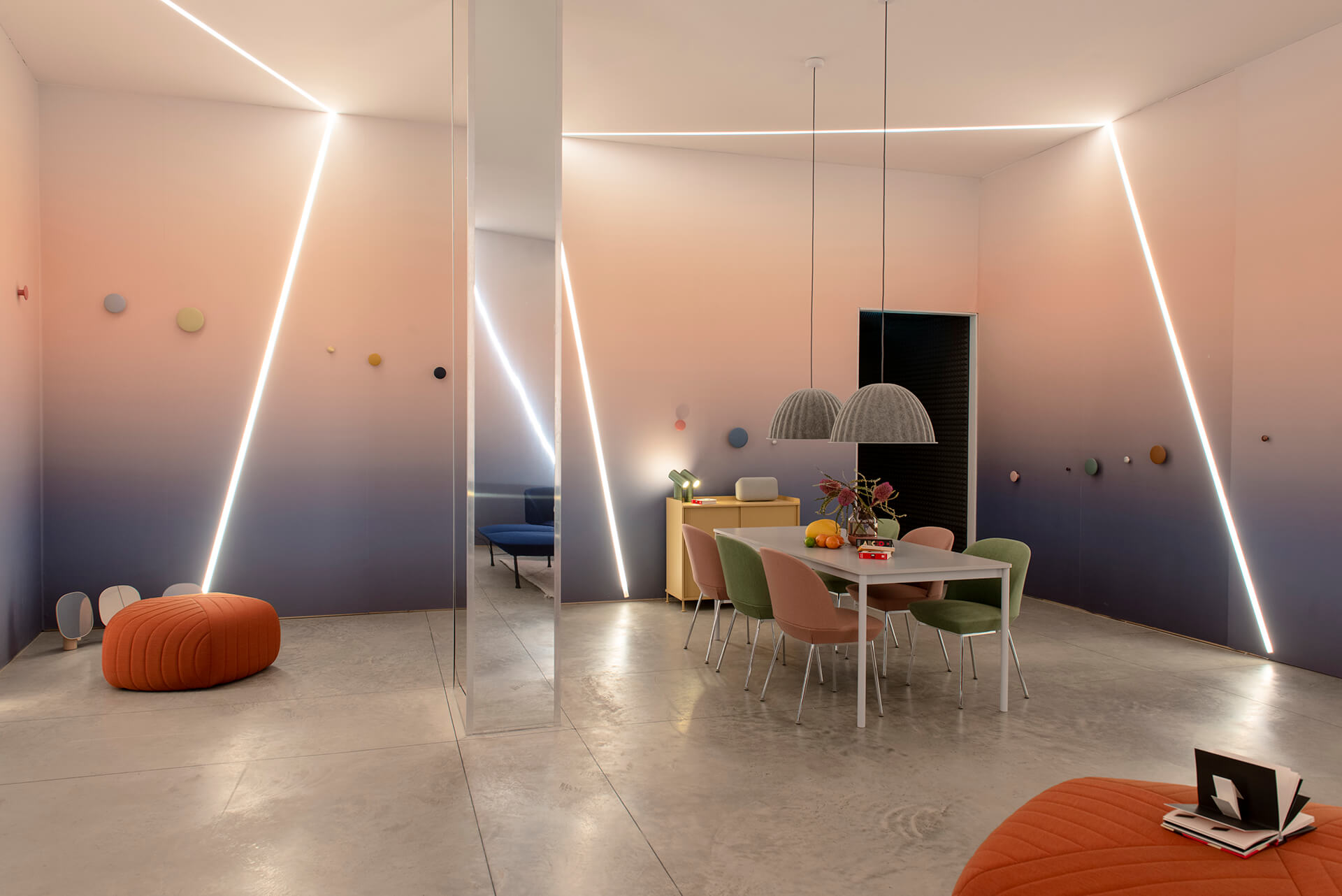 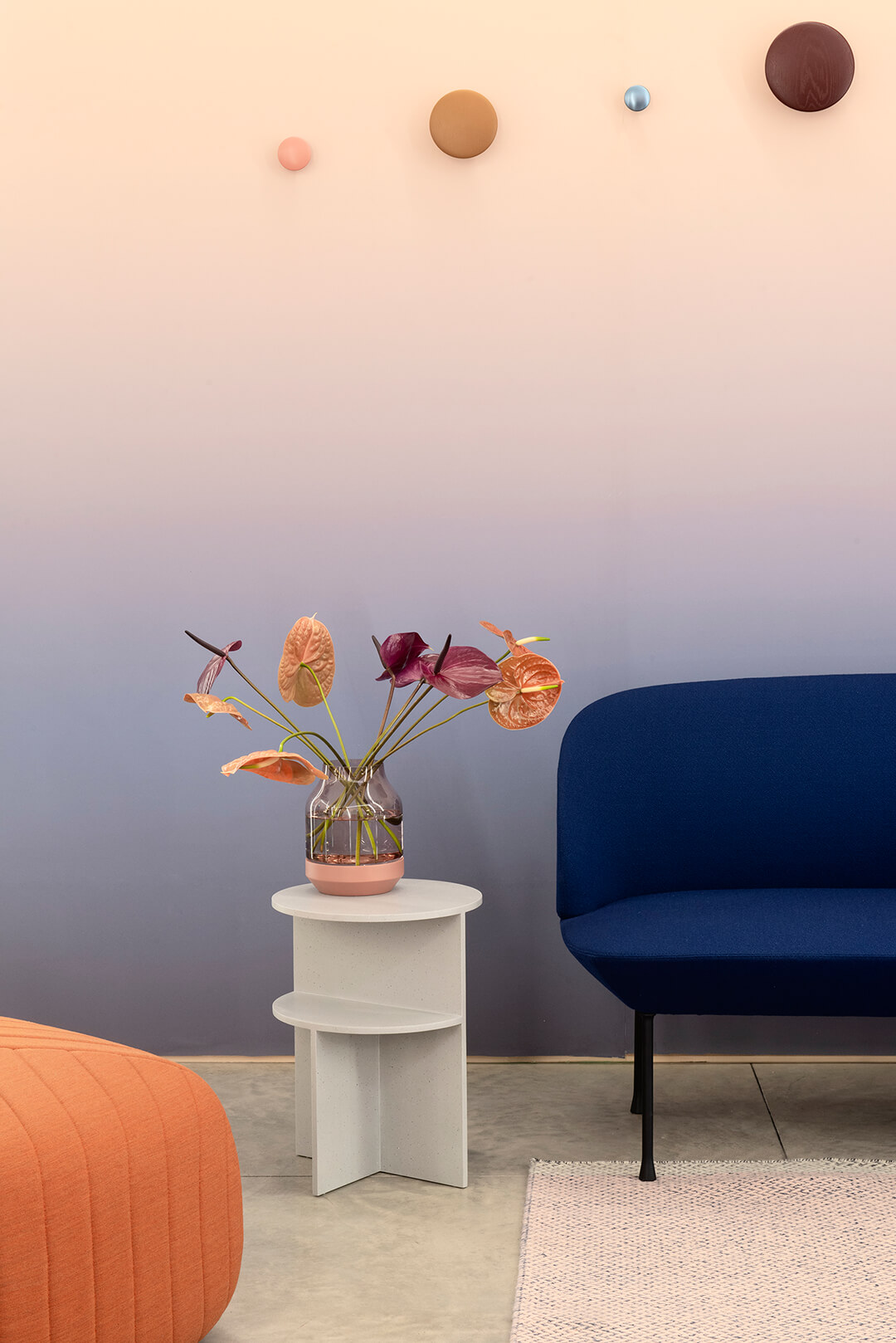 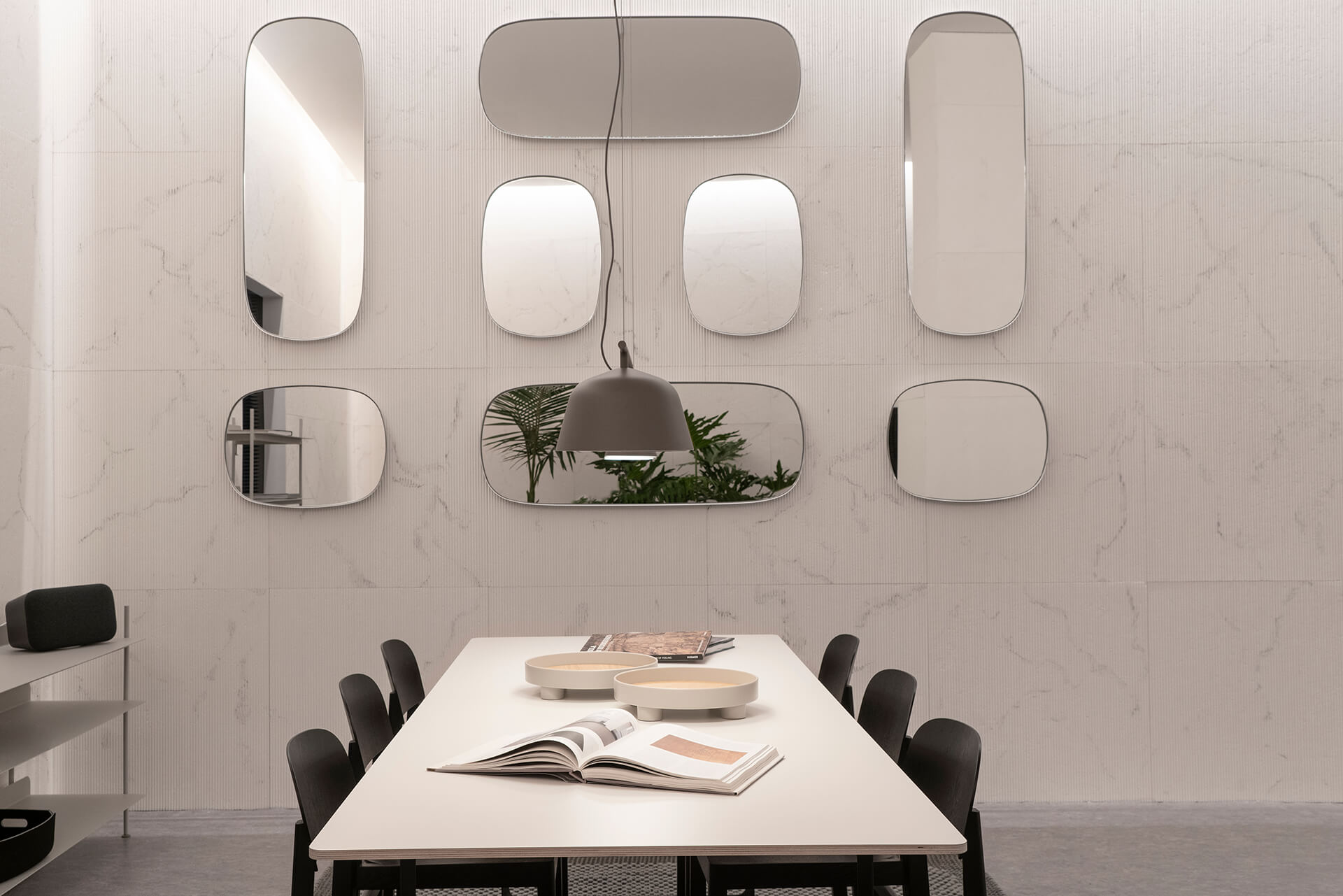 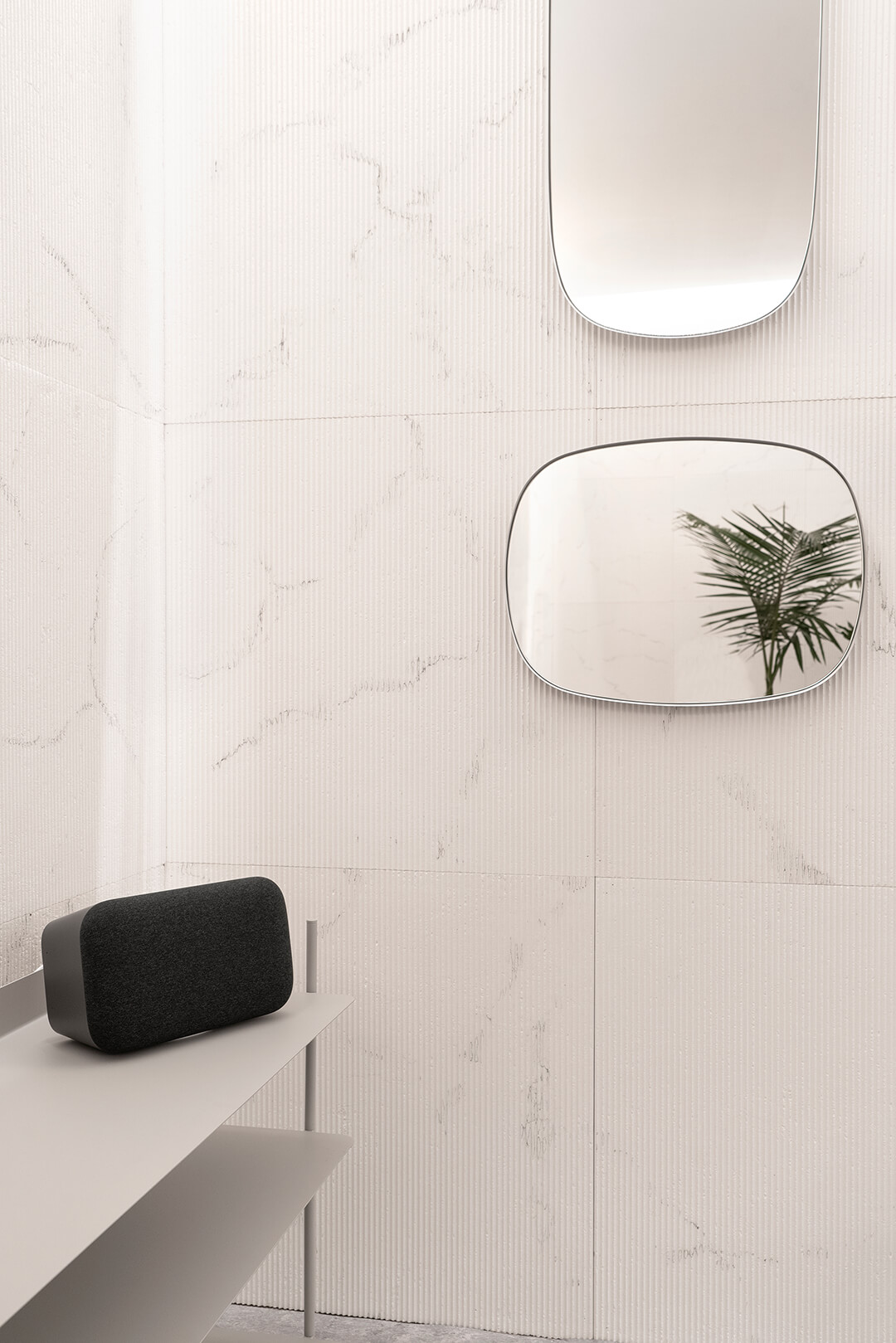 A Space for Being has three judiciously designed living rooms, created in collaboration with architect Suchi Reddy of Reddymade. To help the armband have enough time to measure giveaways such as heart rate and reactive skin porousness, they are lined up in a sequence of five-minute stays. The first belongs to a dream of New Mexico chic, with warm brown tones, rustic walls and a generous serving of wool; the room’s shape seen from above mimics the calming rounded corners of the Google Home Max speaker. The second is a splashy sea of blue and pink, from the furniture to the wall panels; books fit for curious children are set on the dining table for free perusal and a citrusy scent fills the air. The third features wooden artwork and walls covered in a fascinatingly elegant marble-like micro-paper compound material, produced by Paper Factor. I was mesmerized by the first and the last; I couldn’t get out of the second one fast enough.

And yet this is where the data pointed to me feeling most comfortable, with punctilious precision.

Why would my body equate ease with dislike? Because my mind knew something my biodata didn’t: as a mixed-race Latin American woman, I have been conditioned to not feel comfortable in elegantly considered spaces. That’s where the white elite belongs. Not me.

My mind knew something my biodata didn’t

Sadder even is the reason why my physiological responses flatlined in the second room: as I didn’t find the décor as enticing to my self-professed elegantly considered interests, I mentally checked out. The laughable design snob I carry inside thought this room was beneath me. 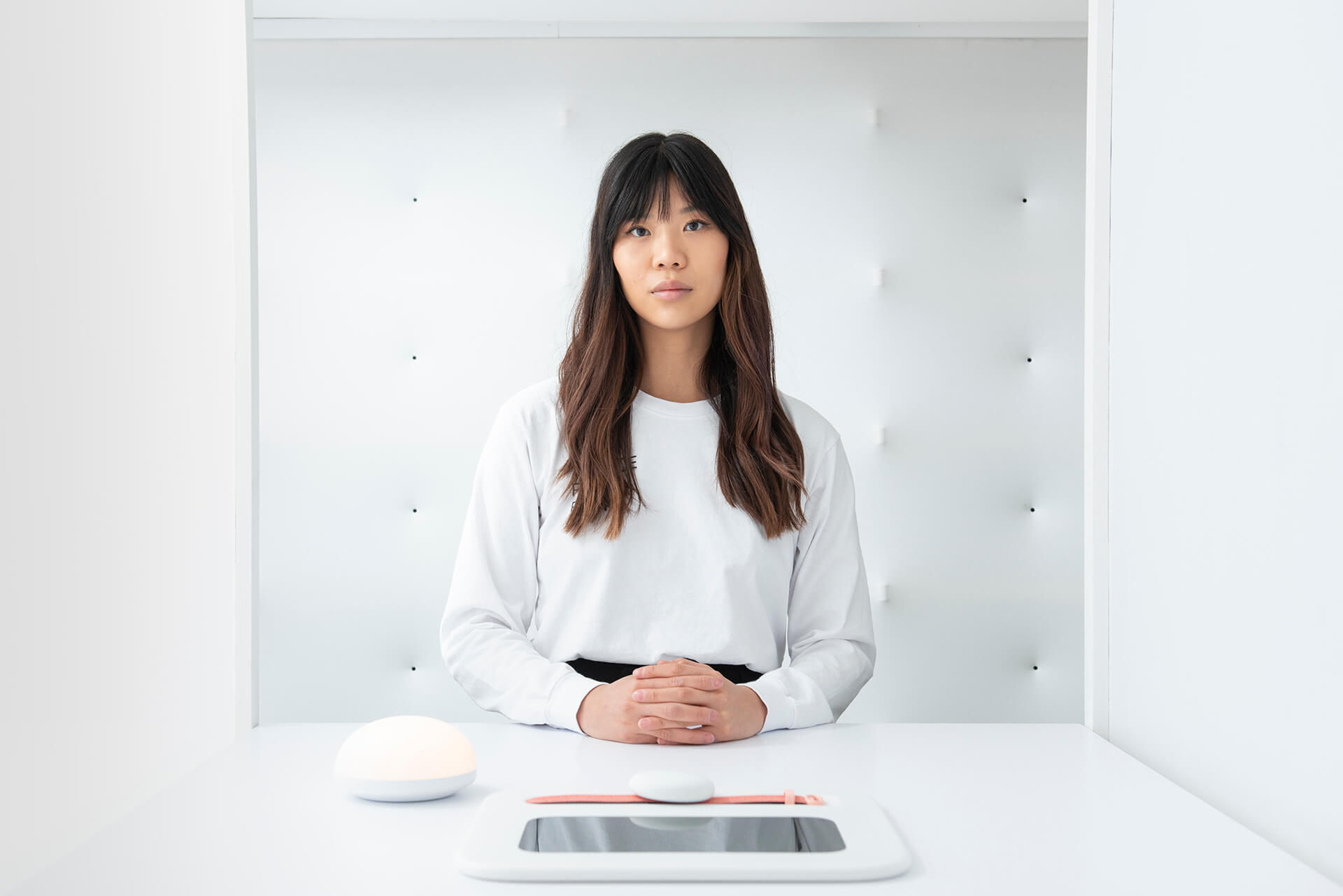 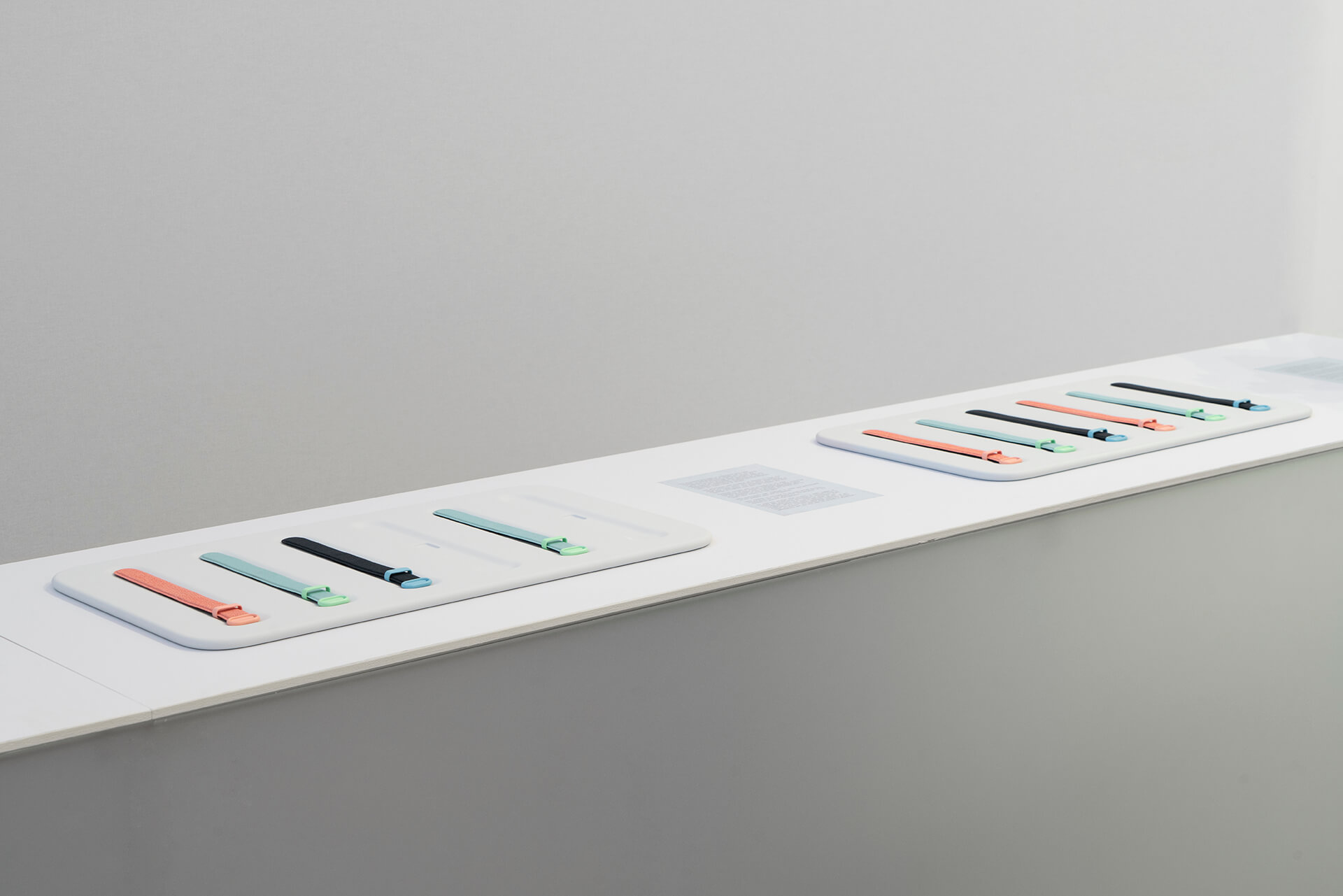 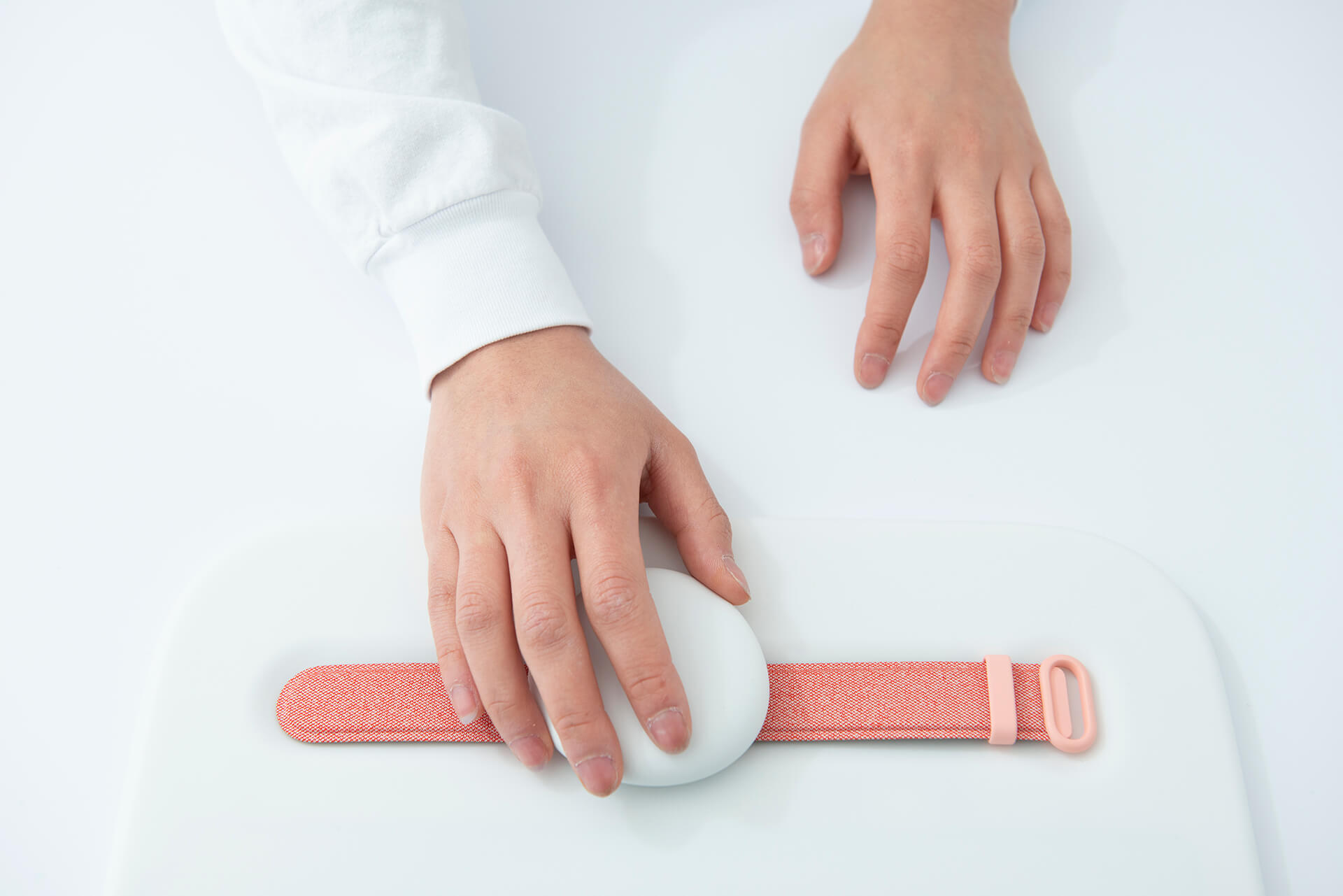 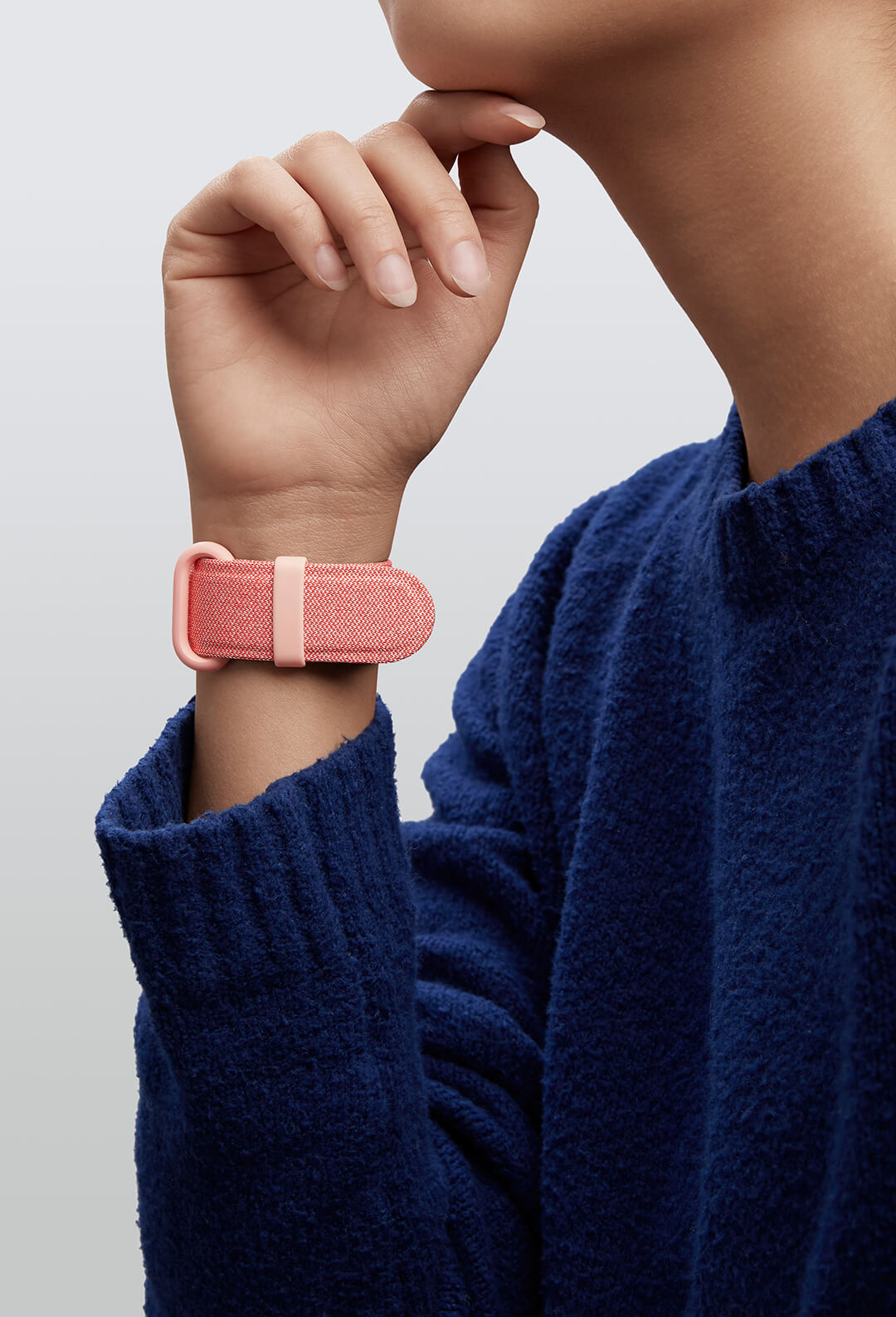 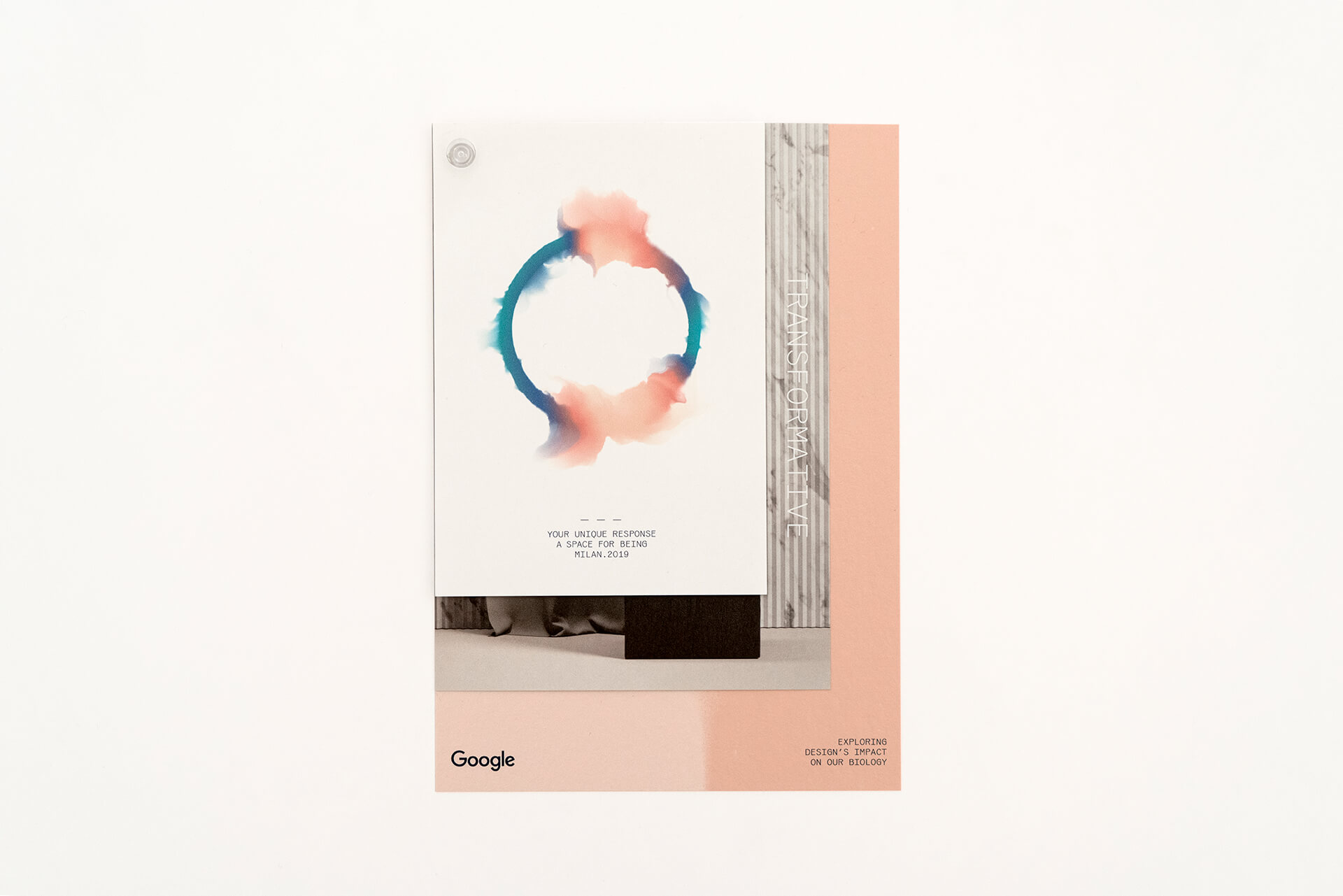 Ross was surprised to hear this. She and her team were careful to choose furniture that, while appealing, wasn’t intimidating – the Danish brand Muuto, a longtime protagonist of the Google Design Studio’s visual moodboard, provided the sofas and lamps for the three setups. But my reaction was definitely not due to the beauty of the furniture: the lounge at the Frame office in Amsterdam features a Connect Modular sofa and an Outline leather armchair, both by Muuto. There’s a reason why I rush to seat in the latter during our staff meetings: in my mind, that chair is mine. It is, to me, the most delightful and well-made spot in the entire office, and I would take it with me to my desk if I could. So the culprit definitely wasn’t the furniture choice. It was, as Google smartly came to prove with its neuroaesthetics experiment, the sum of a space’s parts – from scent to sound to its tactile features.

While I could lie to myself about my own sense of belonging, the data didn’t

The personalized results are displayed in a lab-like booth at the end of the tour. My circular visualization, a blue-and-pink version of those enthralling Arrival alien-ink blots, pointed to heavy spikes in the first and last room, and a brief initial moment of surprise followed by calm vacantness in the second. While I could lie to myself about my own sense of belonging, the data didn’t.

Why is this so important to the way we design spaces today? Because the true battlefield for neuroaesthetics is not the home, as Google proposes, but physical retail. Think of the racial profiling that still takes place to this day in high-end shops. Of Oprah Winfrey being denied the right to try on a Tom Ford handbag in a Zurich luxury retailer, as the shopkeeper deemed it ‘too expensive’ for the entertainment mogul. Of that confusing incident involving a Chinese customer being reprimanded at the Balenciaga section of Printemps in Paris. Of how online shopping analytics reveal that many luxury consumers actually belong to ridiculously underserved social niches. As luxury brands expand to developing countries and racial minorities in mature markets start claiming a larger share of the sales pie, this is a psychological matter that retail development teams should keep in mind. How can they signal to an enthusiastic population dealing with internalized spatial racism that their store is actually a space for being?

As these buried thoughts came to surface after I left the Spazio Maiocchi, I realized that my experience with this year’s Google exhibition had been emotionally painful – draining, even. But that’s exactly why I liked it.

By all means, brave the queue and visit A Space for Being – as a highly personal experience, it is quite the follow-up to the company’s first Milan incursion last year. The exhibition is open until the 14 of April at the Spazio Maiocchi in Porta Venezia.