Has industrial chic gone too far?

I love an exposed brick wall as much as the next Instagrammer in search of a good OOTD, but broken tiles in the Bronze Glow tanning salon by Crosby Studios may be taking the trend for raw, unfinished surfaces too far.

Crosby Studios lead architect Harry Nuriev is known for his love of honest construction materials, but he typically applies exposed brick and concrete very deliberately – as accents in an overall clean, minimalist style, or as visual contrast to an outrageous palette. In Bronze Glow, the shattered-tile wall could be a remnant of the post-Soviet era which no one bothered to refurbish. 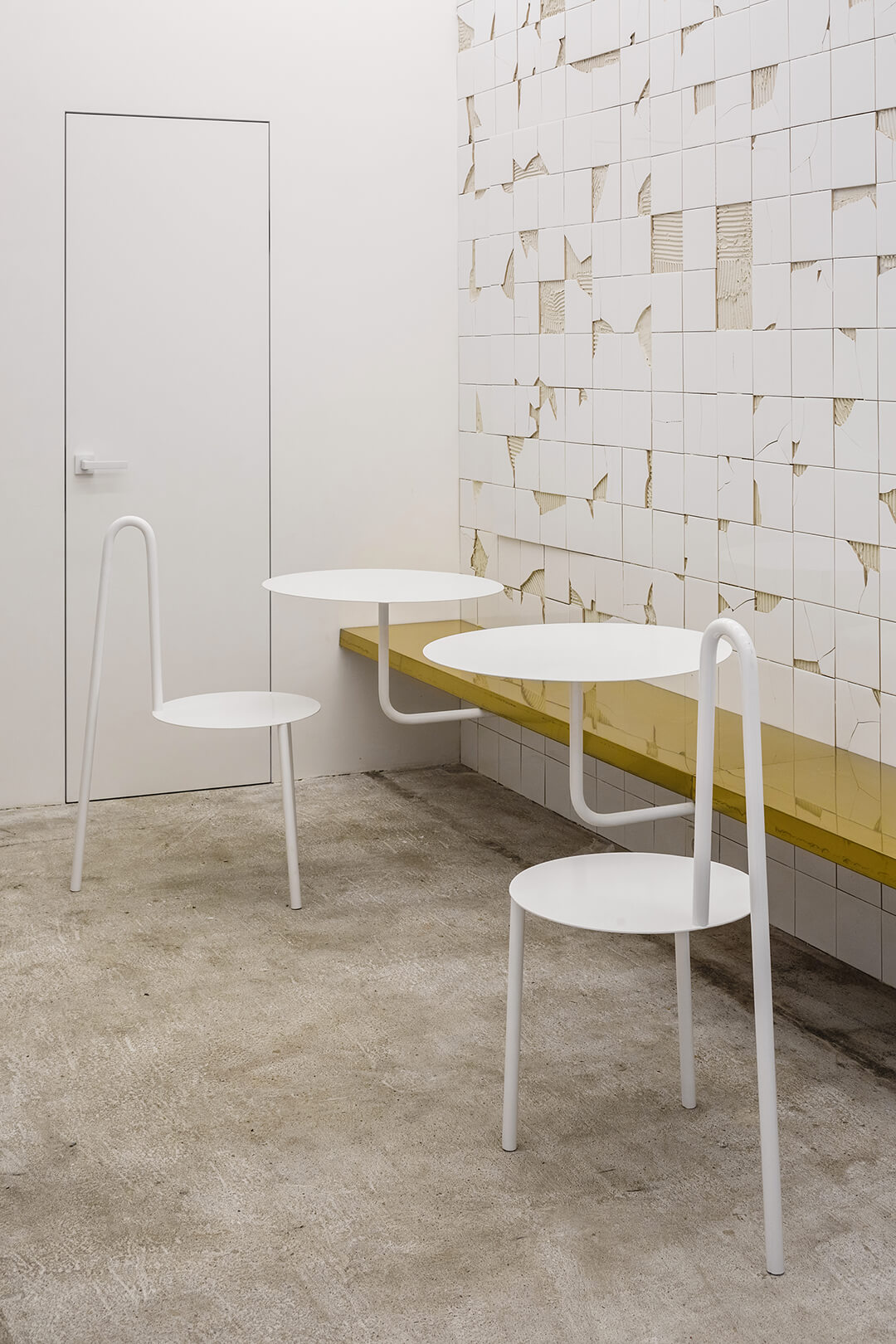 Upon further examination of the space, sleek finishes and ultramodern forms create an atmosphere of extreme contrasts, a broken past acknowledged alongside a hyper-polished present and future. Crosby Studios accentuates this tension through the contrast between the simplicity of elements – such as the bench and cube that contains the tanning beds – and the extravagant gold finishes that clad them. The doors to the tanning beds are concealed, giving the sleek gold cube the impression of an impenetrable object. 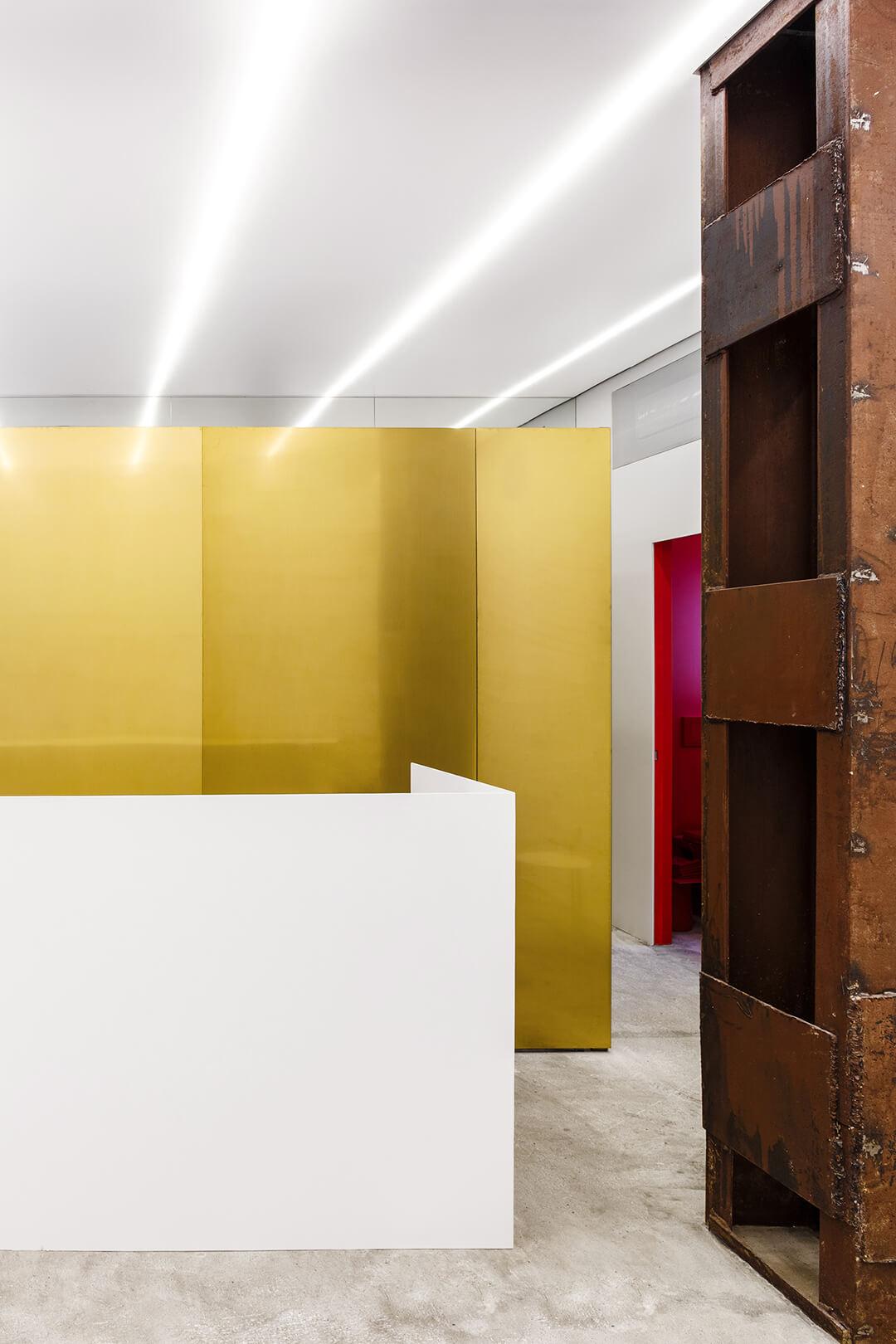 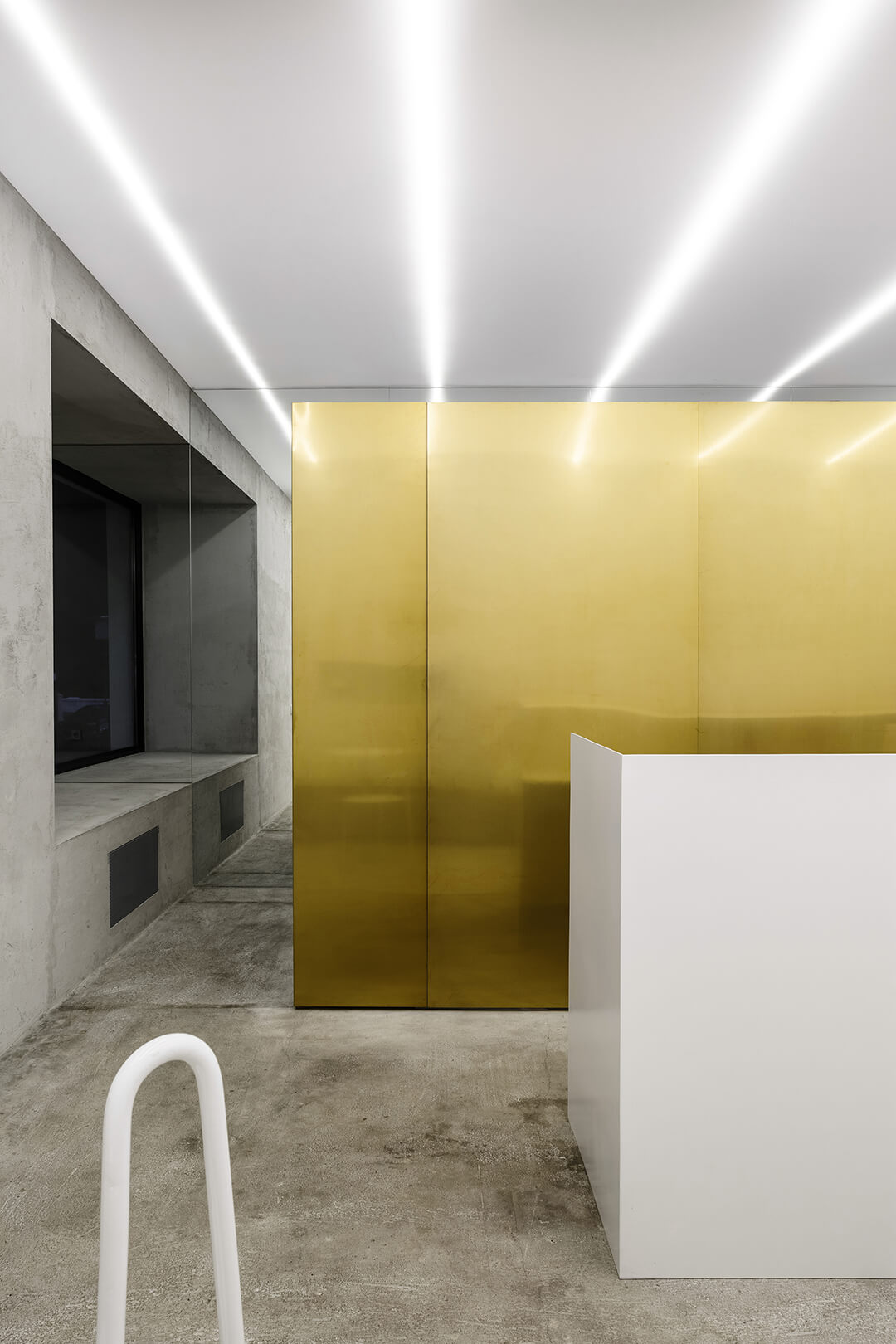 The true-red bathroom forms another independent entity through the bold hue as well as the custom-designed sanitary fittings. The dramatic colour alongside the bare concrete and shiny gold seems to disregard the context in which it sits, which actually fits the motif of the interior design as a study in contrasts. 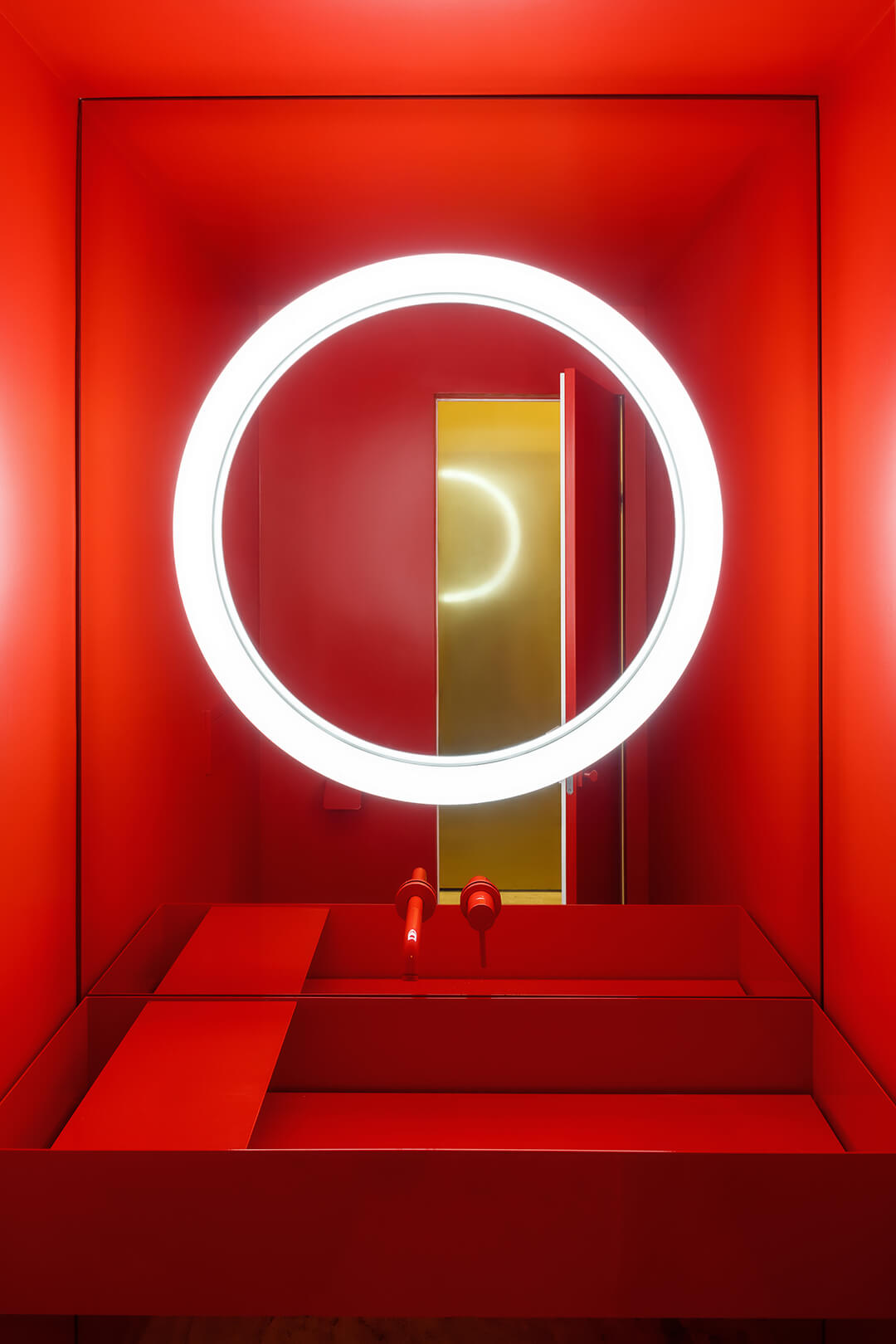 The wall of broken tiles was simply the overture to this harmonizing of contrasting luxurious and industrial elements by Crosby Studios, though the composition may not be to everyone’s taste. 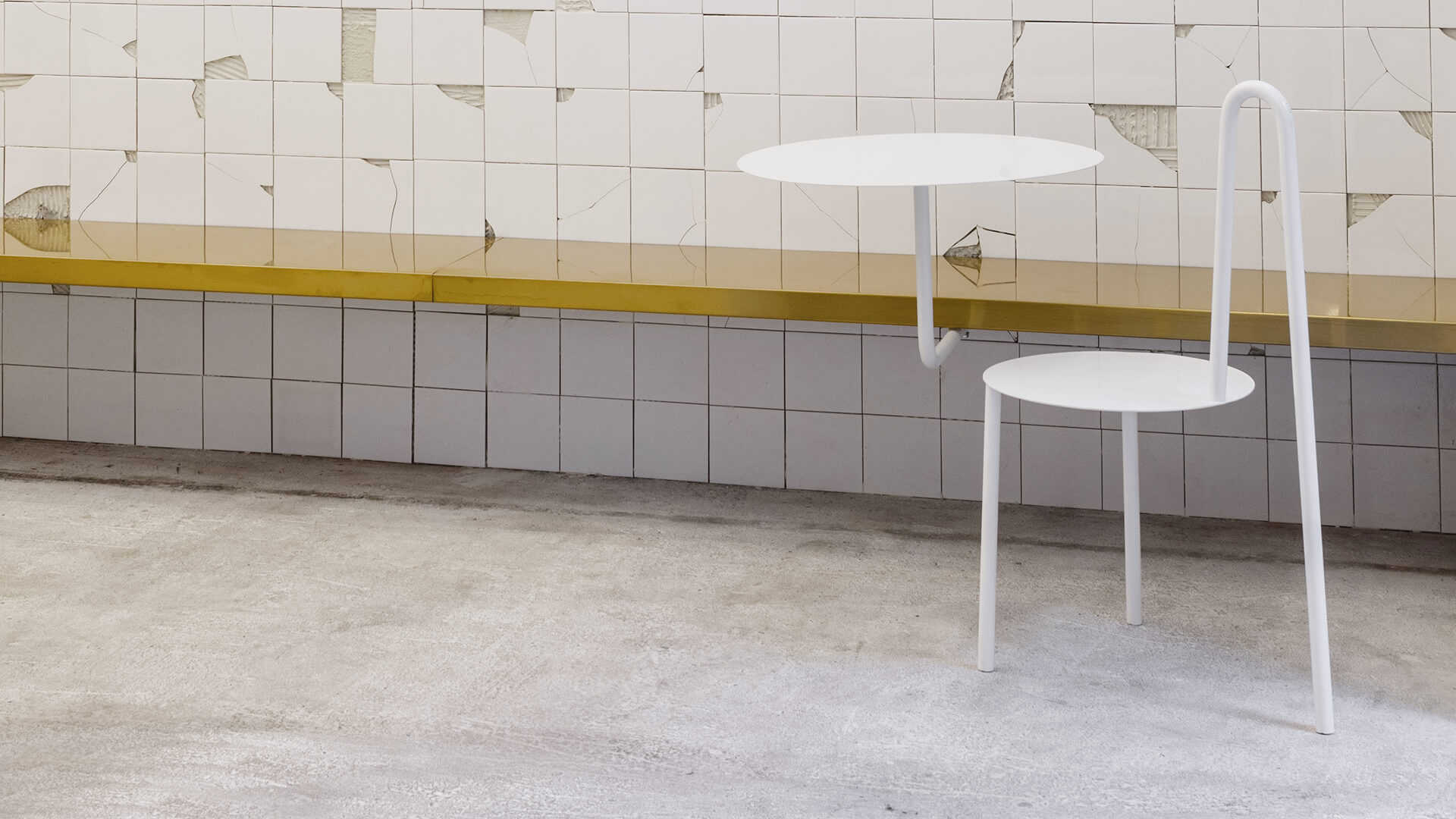