Here are our top objects, spaces and places from this year’s Design Parade

India Mahdavi’s exhibition design for the new Centre Pompidou outpost in Toulon lovingly materialises the soul of the Mediterranean design destination: while the mothership is all tubular innards outside and stark white walls inside, its offspring is an all-over mellow tribute to the blue mass around it.

The show, titled Nouvelles Vagues, is part of the dual agenda of this year’s Design Parade, taking place in Hyères, and the Festival of Interior Architecture in Toulon. Along with that highlight, here are our some of our favourite objects and setups from this edition of the double-duty festivals.

Toulon has been a port city since Roman times, and its Naval Circle building stands as witness of the social importance of the members of its Marine Nationale: the Art Deco jewel hosted receptions for the sea power for decades. But this summer, it’s hosting a different but certainly landmark type of reception: it’s now the temporary home of the Centre Pompidou in the south of France. For its inaugural show, Nouvelles Vagues, India Mahdavi is showcasing more than 60 modern chairs from the art centre’s design archive – think Gaetano Pesce and Eero Saarinen – over a series of blue-and-white striped platforms that, just like the waves they mimic, seem to defy every notion of physics. 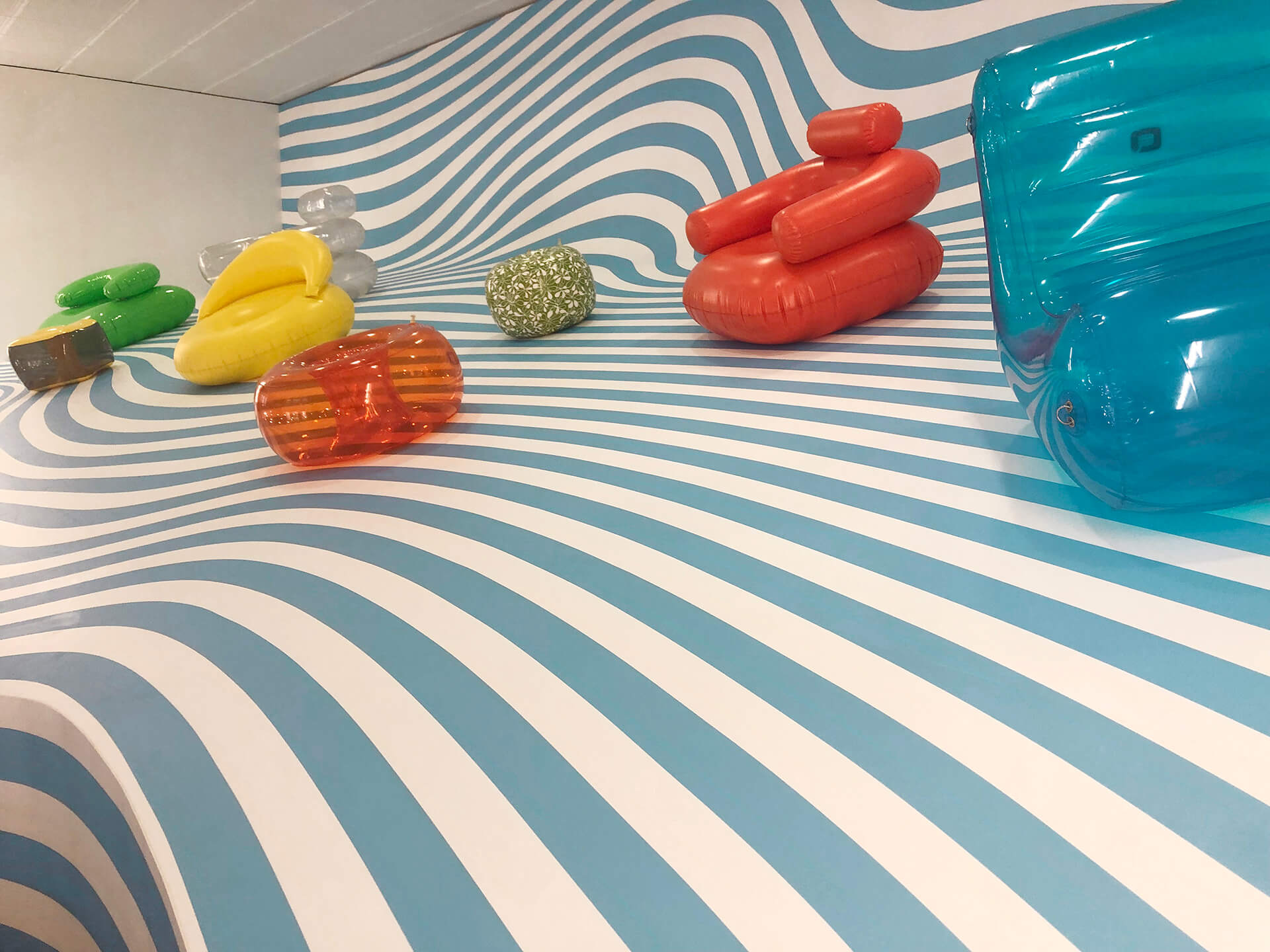 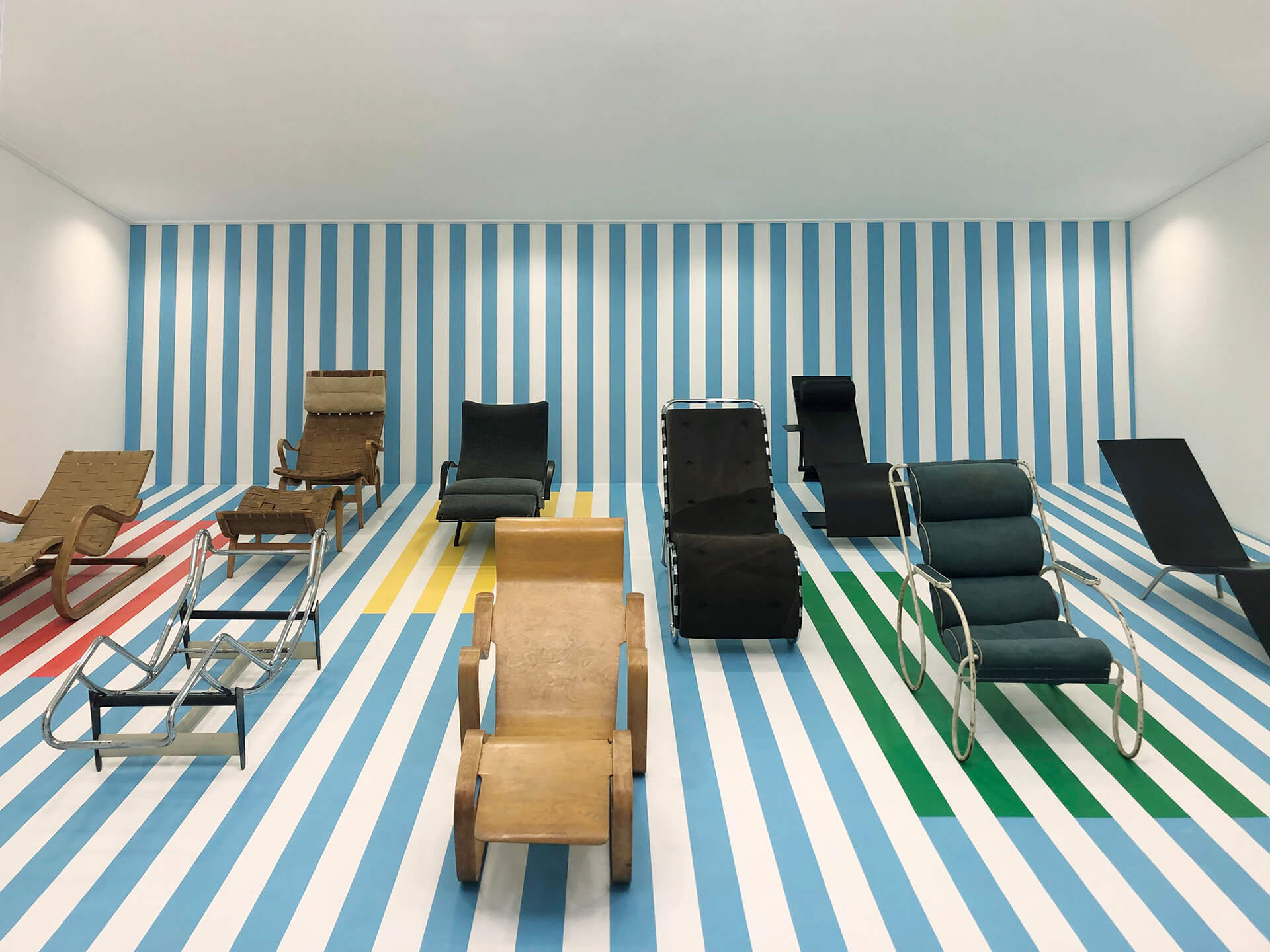 [+] BLUE IS INDEED THE WARMEST COLOUR

But as much as Mahdavi’s setup is eye-catching, it’s the space right below it that achieves the commendable effect of turning the Naval Circle’s history into an enveloping warm wave. In Lucas Djaou’s La Grande Bleue, archival shades of the colour pop up on panels with portholes, with his bespoke furniture nodding towards the building’s trademark columns and Art Deco touches. The curtains, on the other hand, are a reference to the grand receptions the venue is known for. But in the end, ‘it’s about the Mediterranean,’ he explained. ‘By standing here, you can imagine being surrounded by the sea and the mountains in the distance.’ 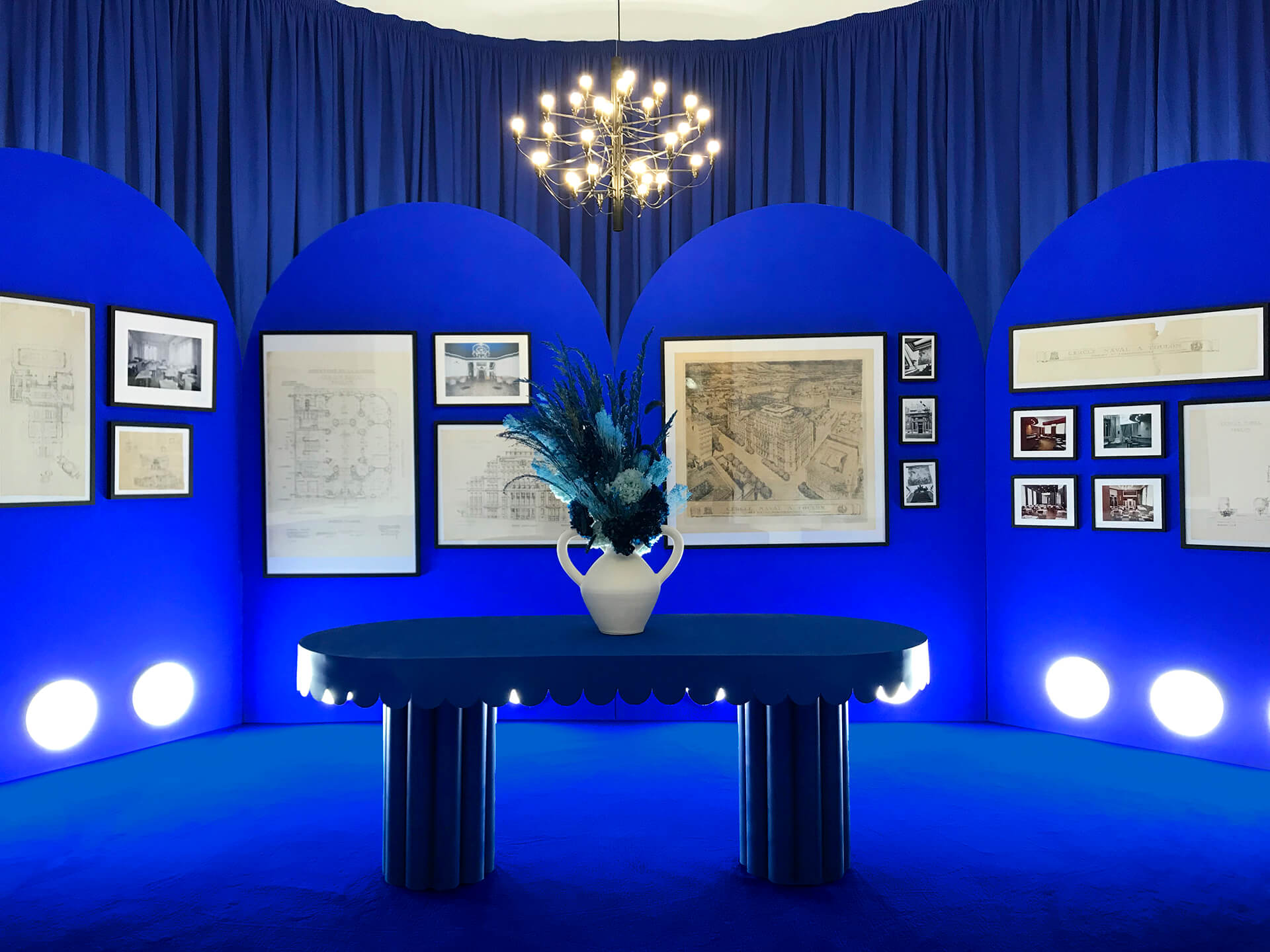 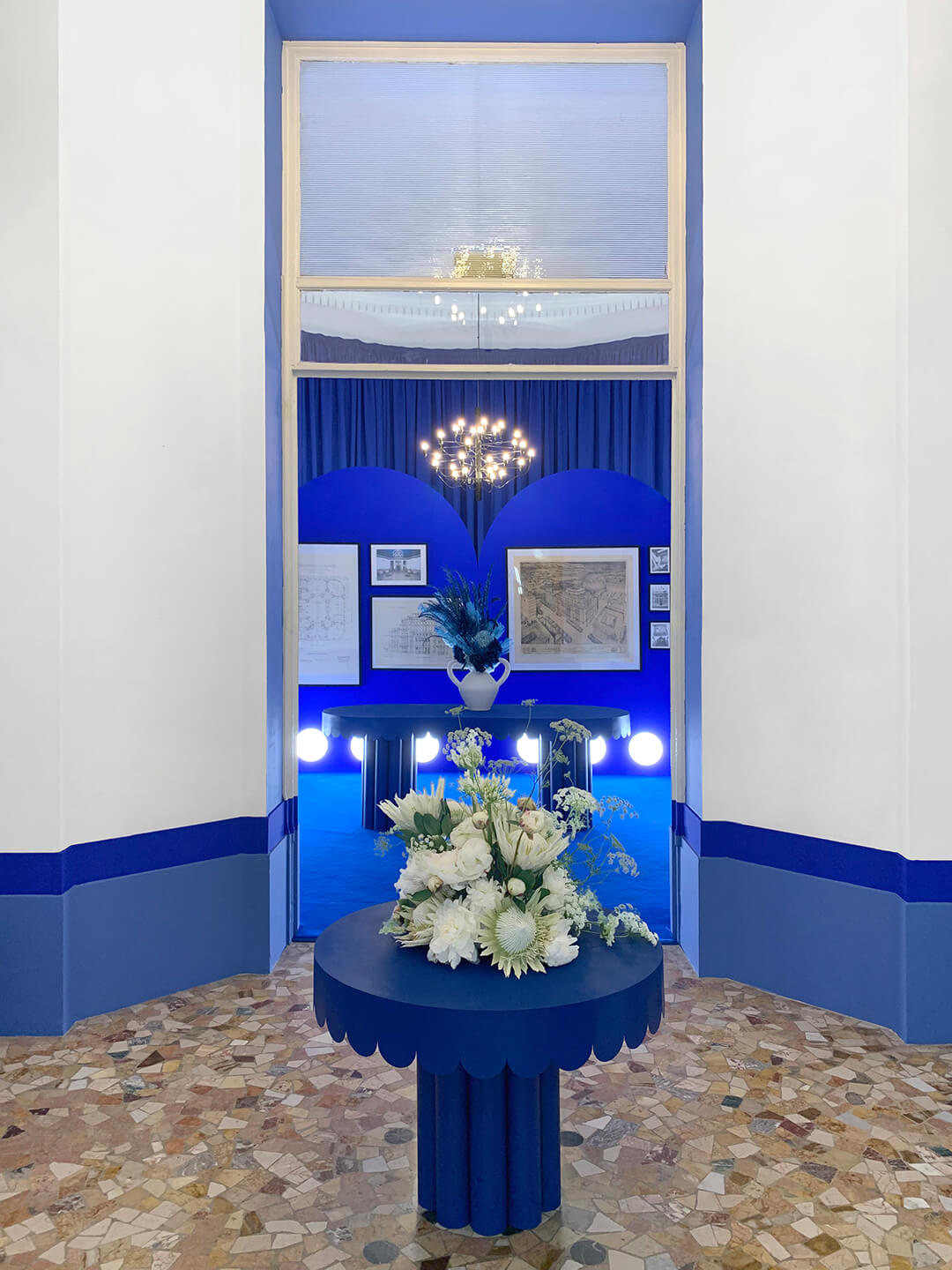 [+] THE DIGNITY OF PAPER CLAY

Left in Big Tech’s hands, a call for an air humidifier would have most probably turned into another smart-home accoutrement. But to designer Maxime Louis-Courcier, blackboxing even the most simple of home appliances can lead to dwellers feeling disconnected from their private spaces. His proposal, thus, takes earthenware and a container of water – two non-frightening materials – and turns them into an updated ancestral humidifier that requires no electricity, but just enough human involvement to make users transparently understand its functions. 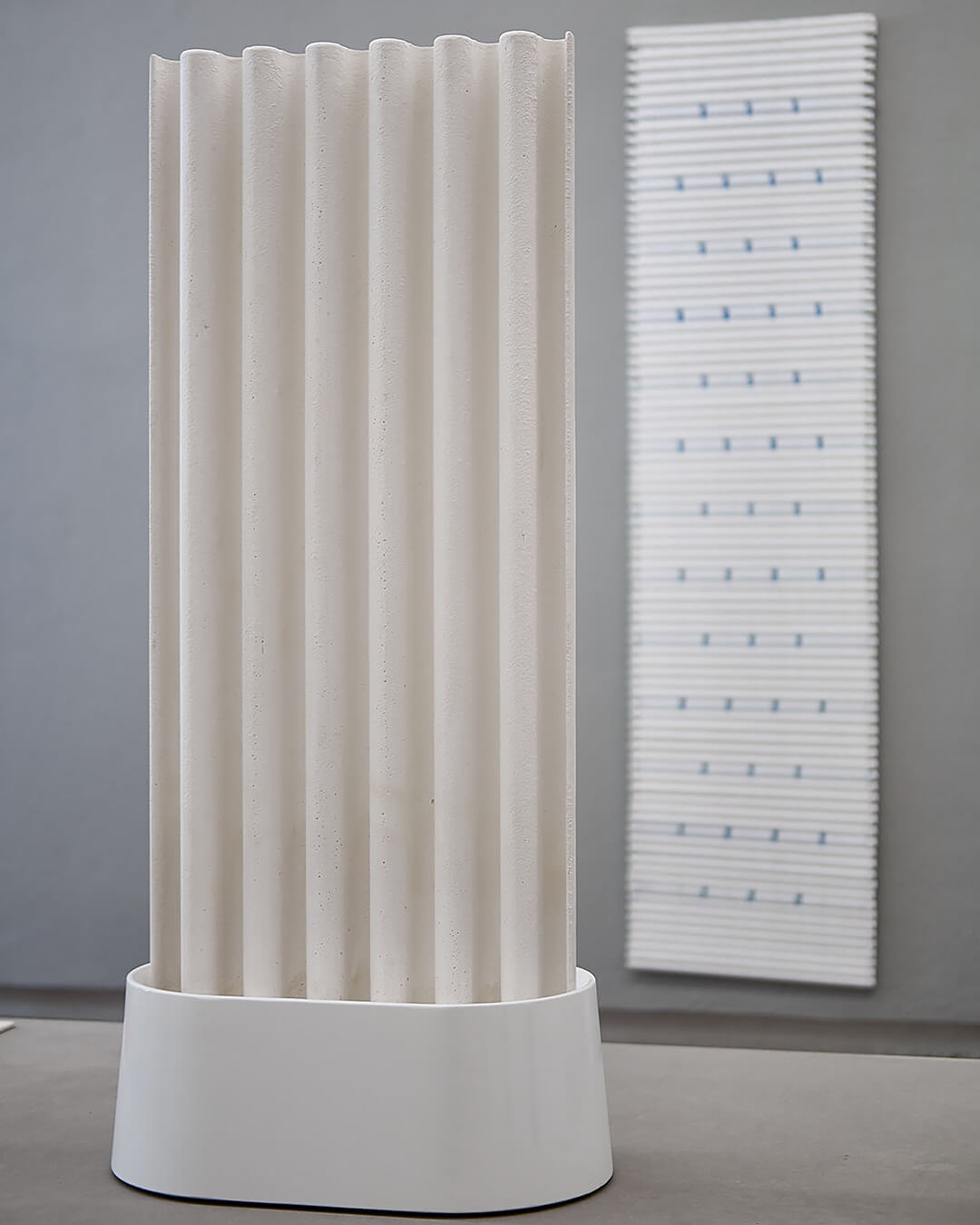 For his Asobi series, designer Flavien Delbergue used PVC tubes to shape and assemble leather scraps into cup-and-ball games – that’s bilboquet to the French – as well as vases and some playful lamps – the only way to turn them on is by fidgeting. The most striking feature, though? He’s treated and sanded leather to make it look like concrete – just seeing people preparing themselves to lift a supposedly heavy object is a game unto itself. 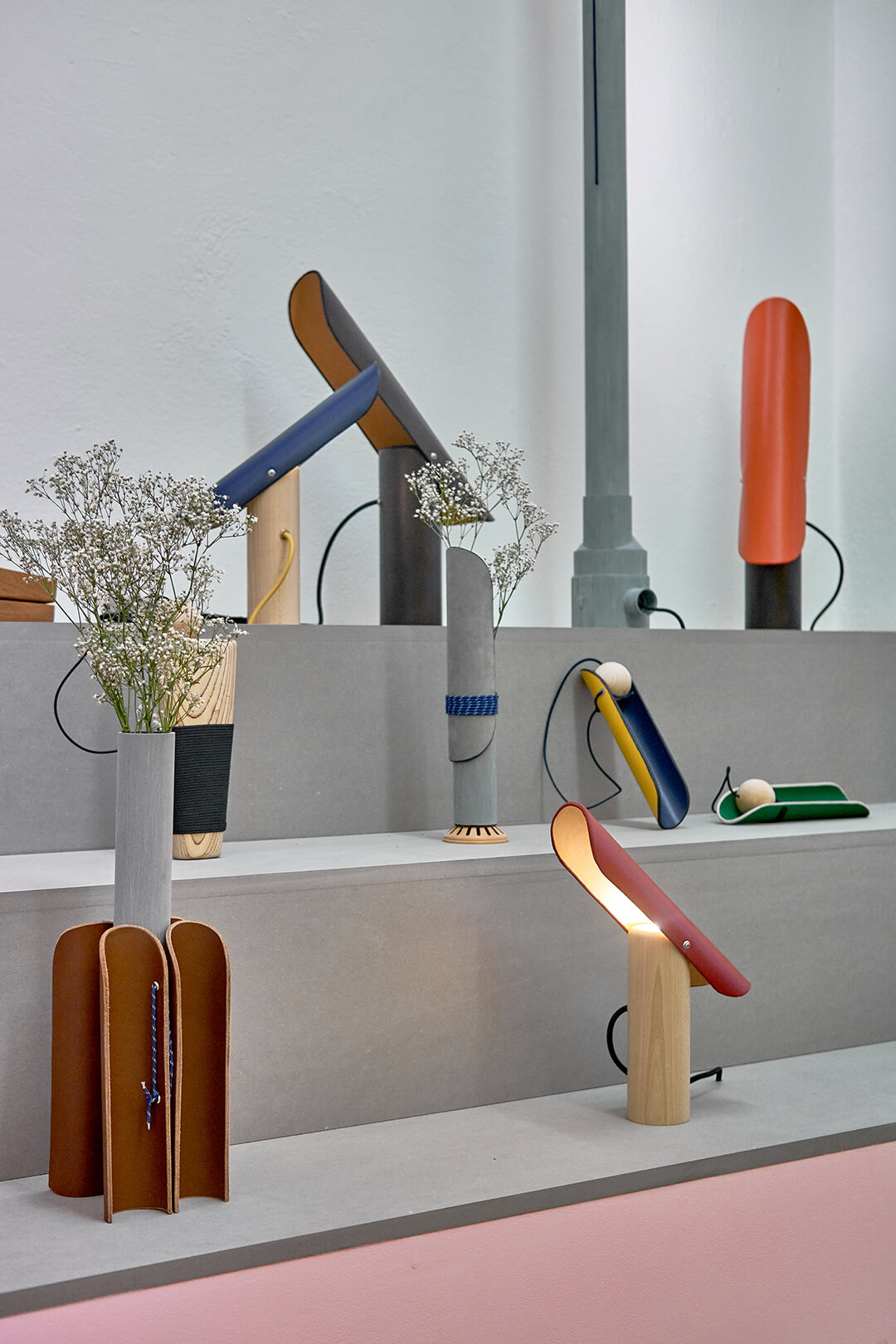 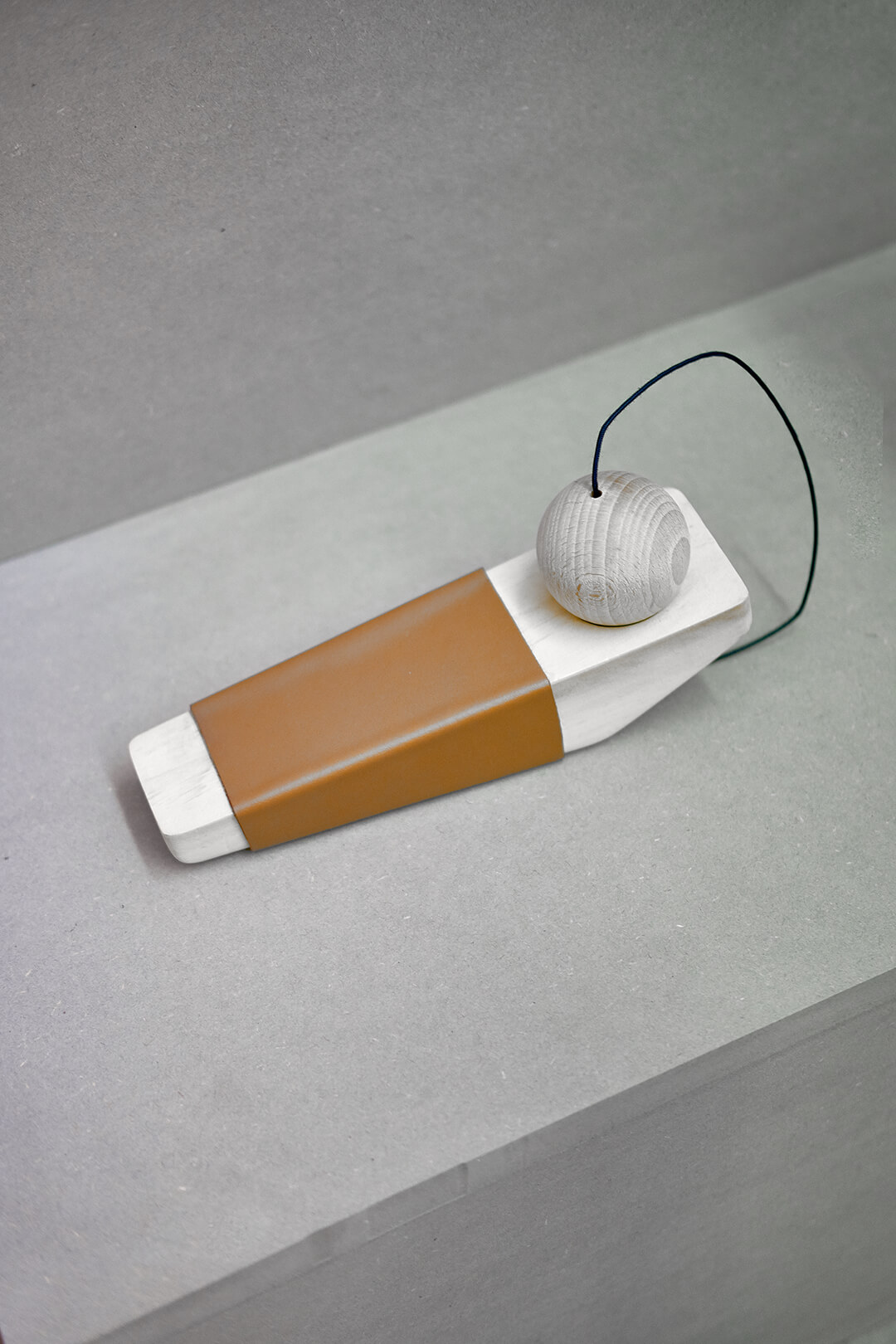 Brussels-based designers Caroline Wolewinski and Sandro Della Nocecreated one of the most pleasingly dense spaces in the Festival of Interior Architecture – not an empty frame for any lens, no matter the focus. Their proposal, Triclinium, understandably took the Chanel Visual Merchandising award. 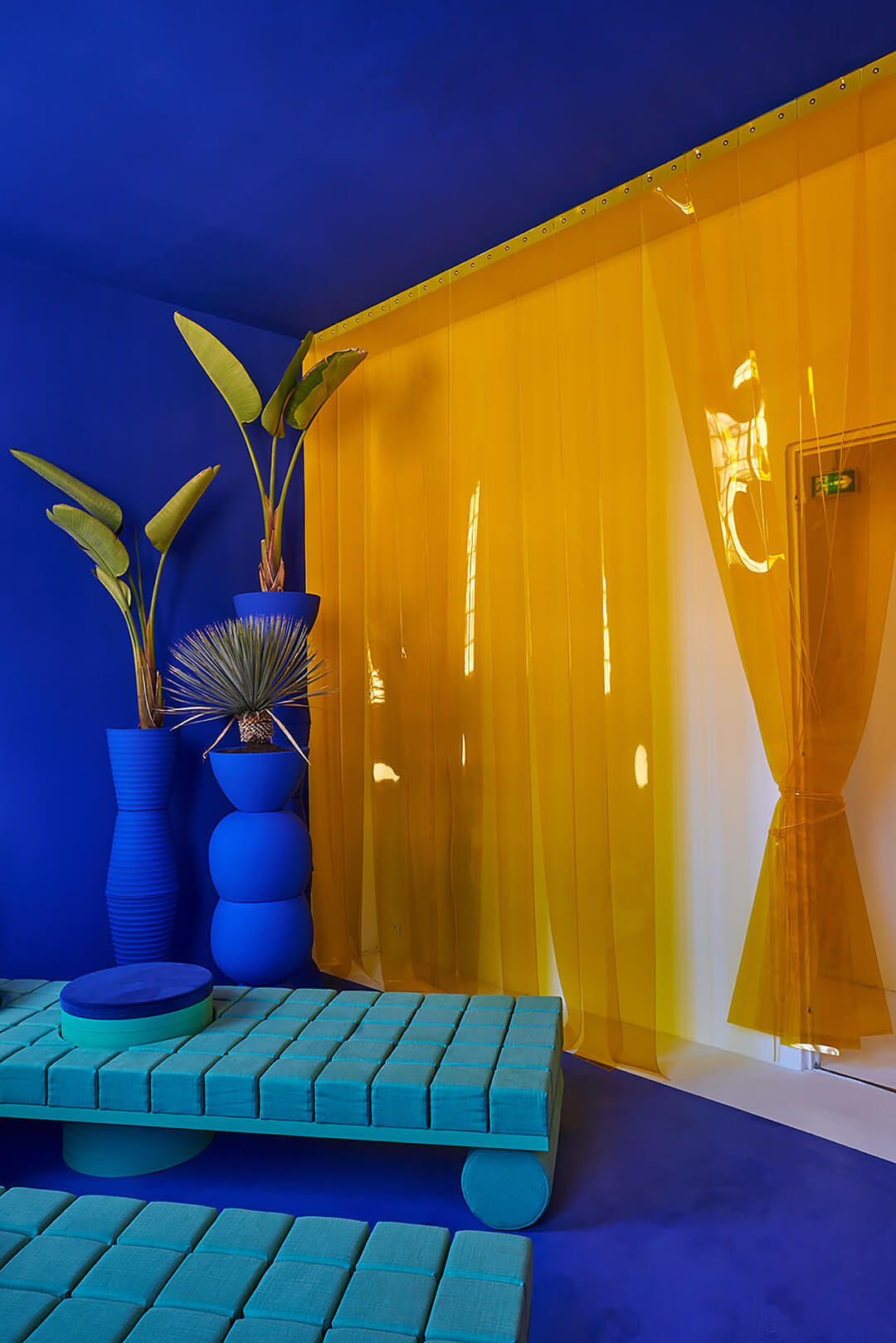 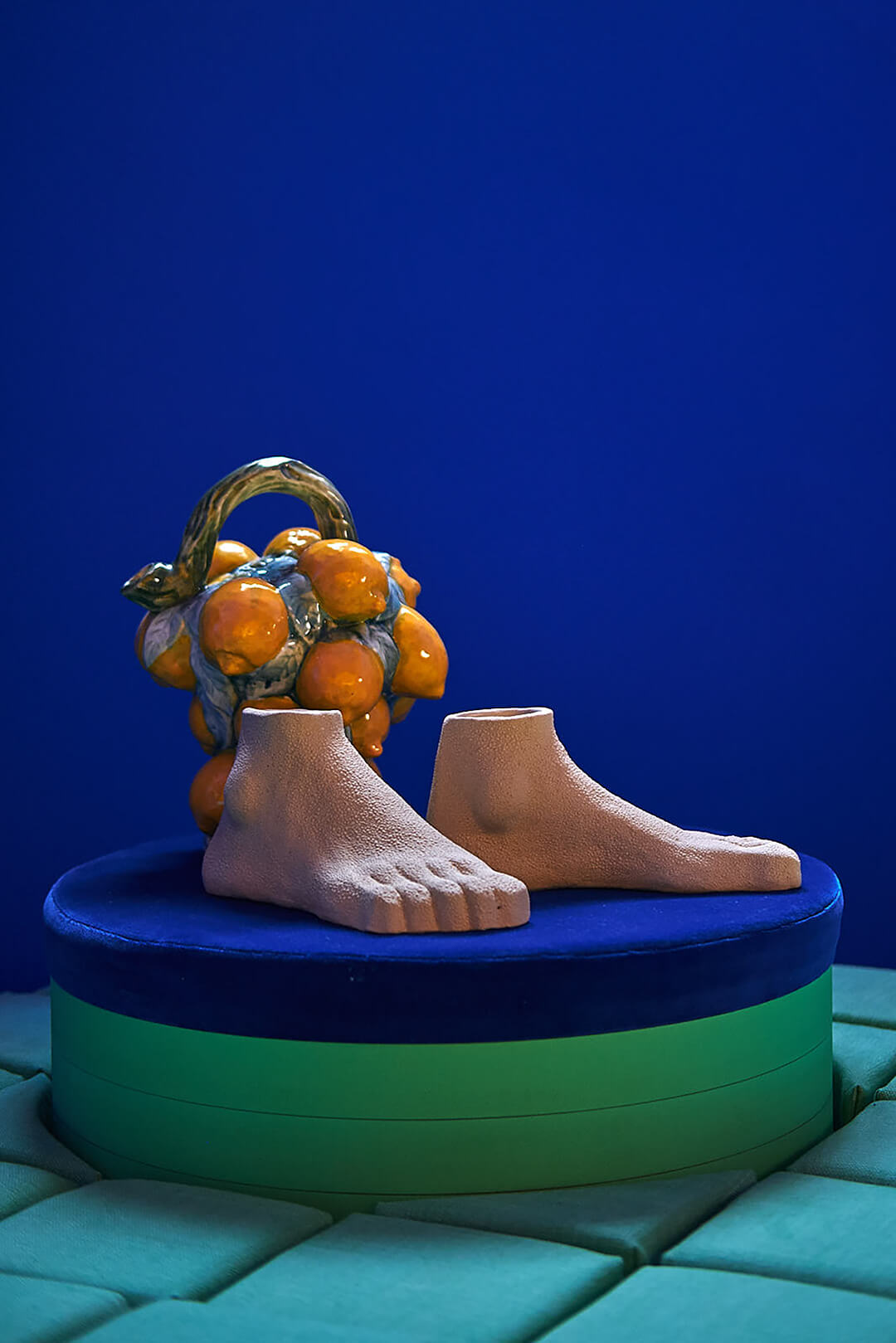 Most of the things you see in Hugo Drubay’s Un jardin d'interieur were 3D printed – talk about intelligently using the extruder’s tell-tale layers to his advantage in creating nature-inspired furniture. His technique-bending proposal caught the eye of the Mobilier National, France’s top living archive of furniture – their dedicated prize entails an onsite collaboration that will be revealed in 2020. 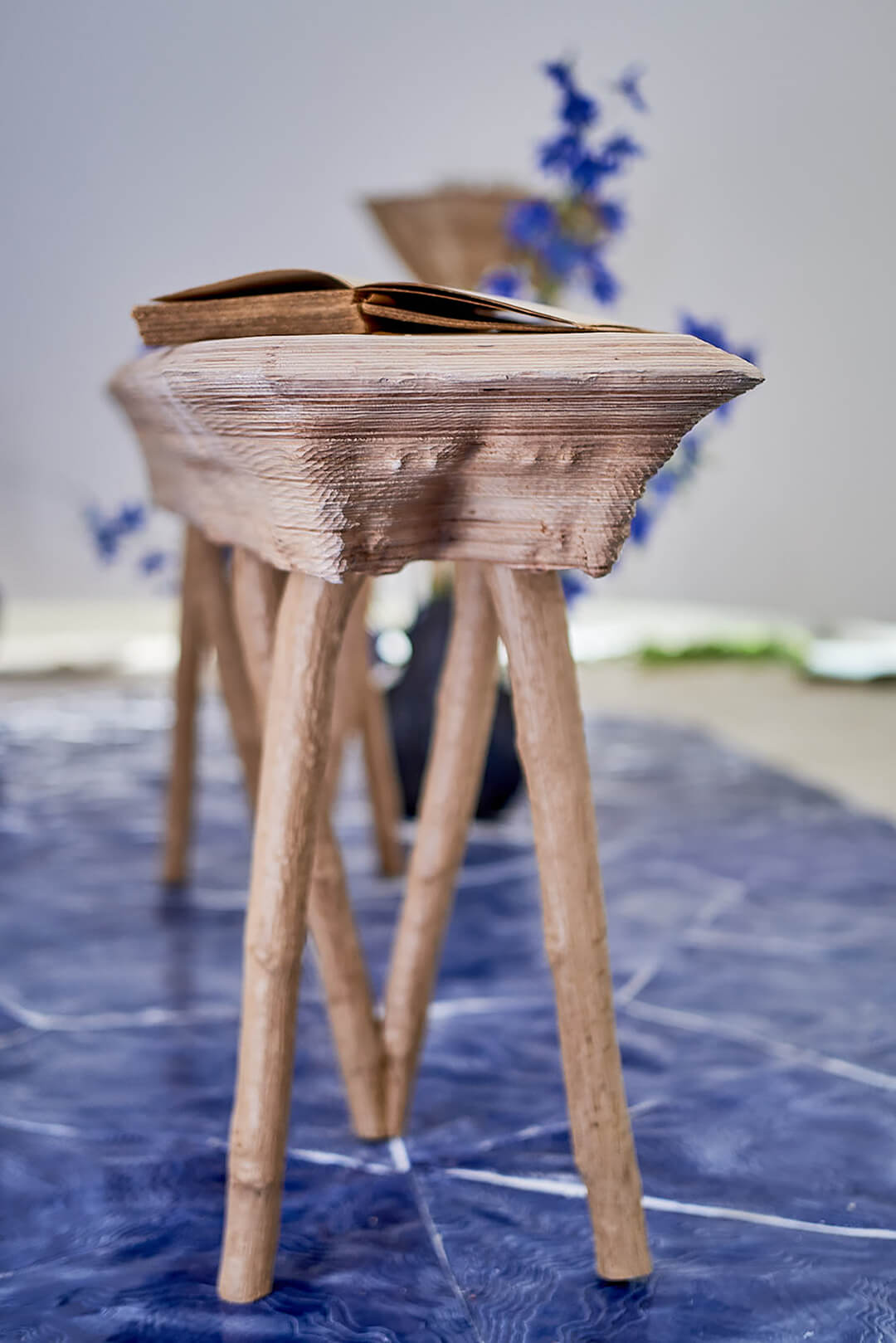 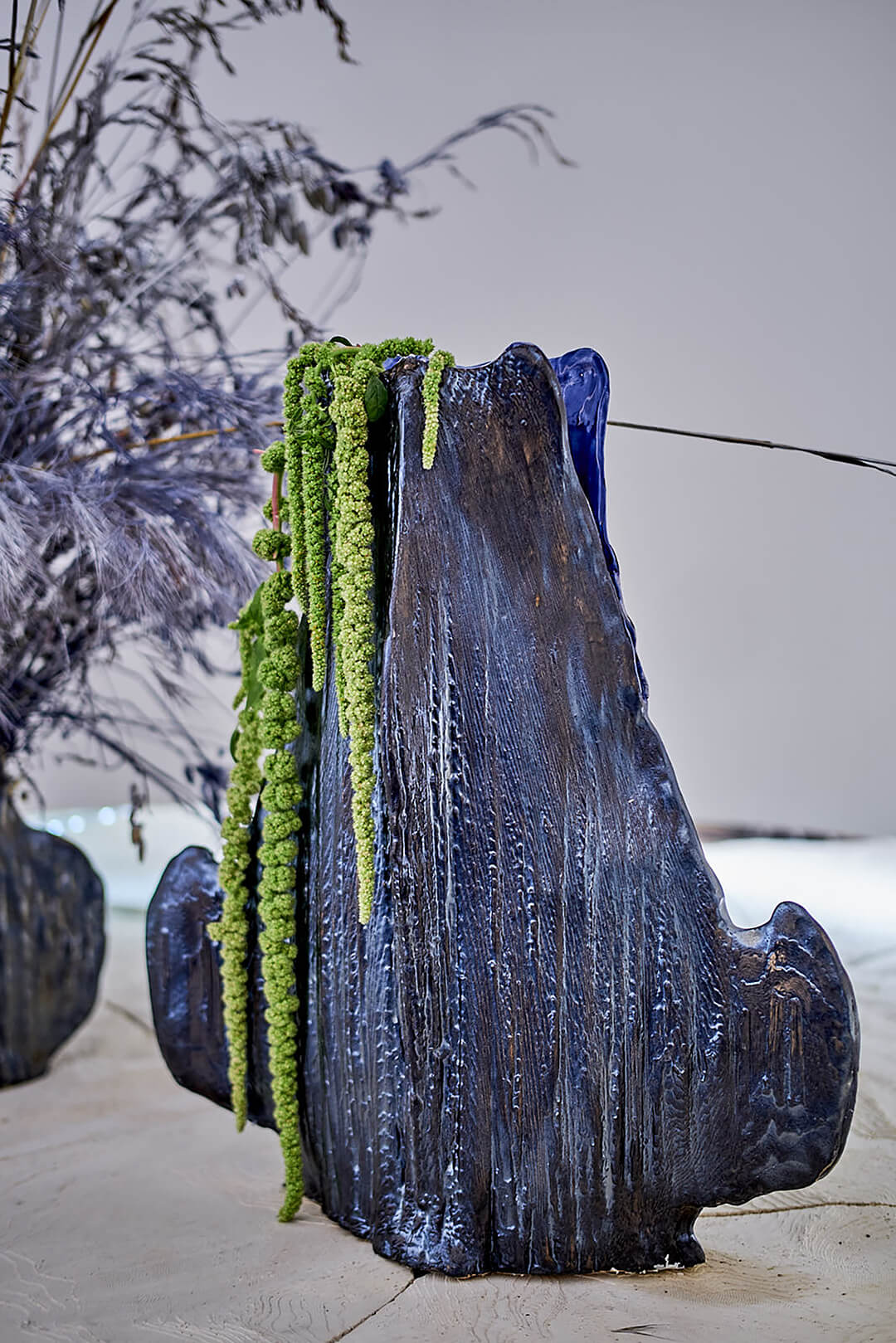 Just look at the homemade-Tati dream that is Tamaté and try not to smile. Thanks to Lisa Egio and Elliot Kervyn for the high relief. 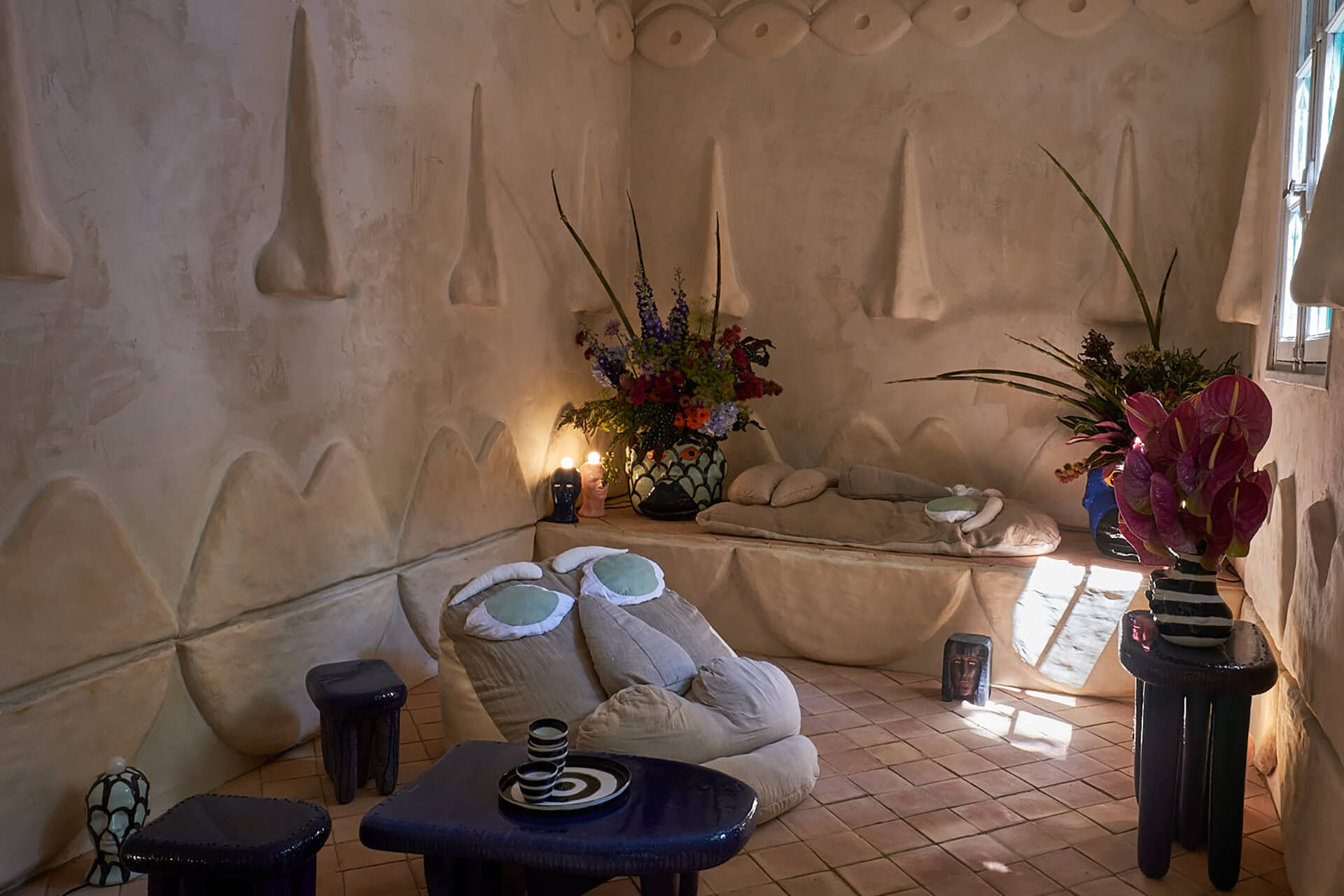 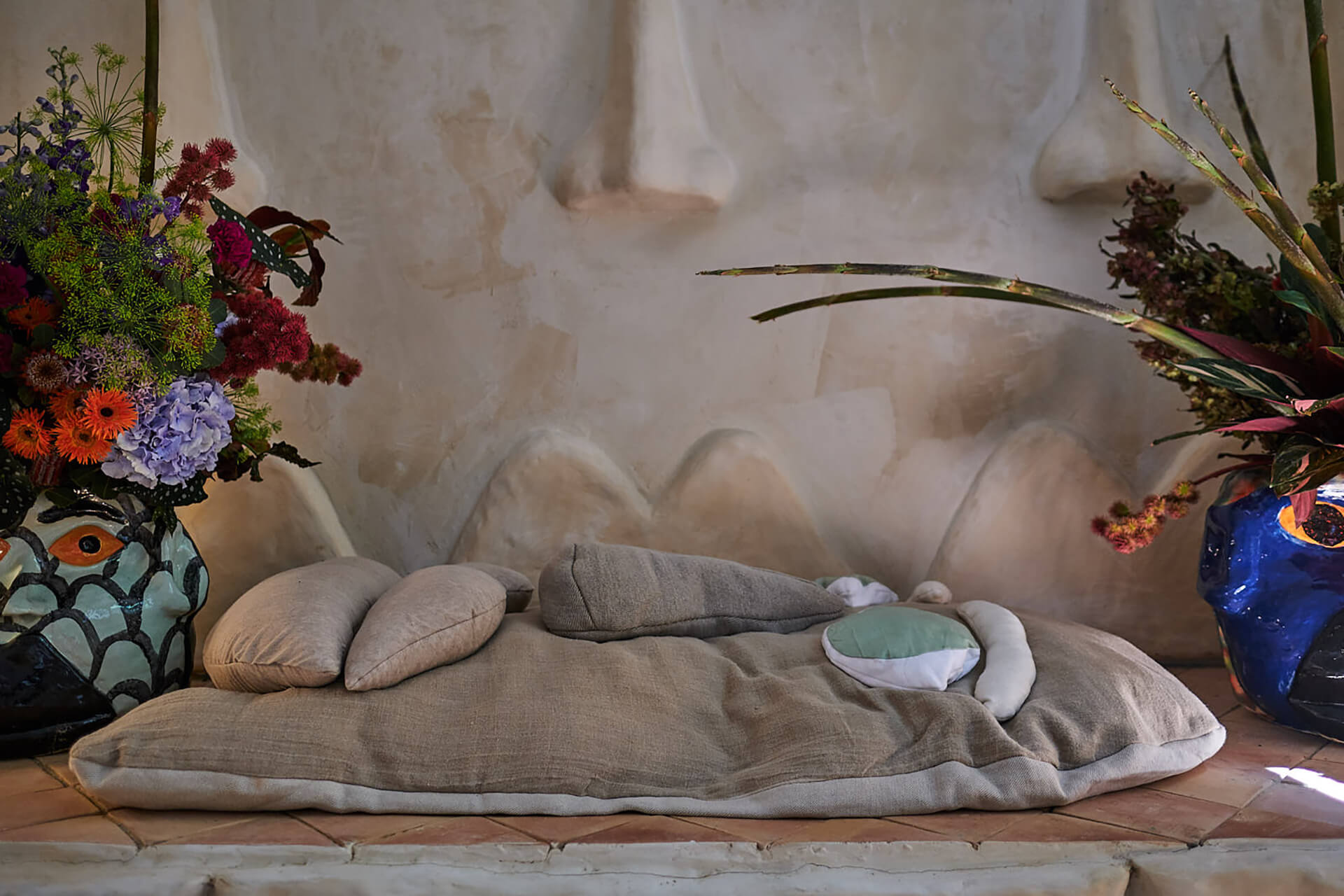 The Design Parade exhibitions in Toulon and Hyères are open until 24 November and 28 September, respectively