This year, brands and design studios showcasing their most recent work at the Stockholm Furniture and Light Fair came to play: some introduced whimsical typological innovation to furniture categories that seemed previously set in their ways, while others found inspiration in childhood myths and even encouraged the type of mix-and-match free experimentation that usually dilutes with age.

As work, play, public and private spaces increasingly mesh together, Stockholm responded in kind with objects that spiritedly embrace such blurring of lines. With that in mind, here are our top picks from this year’s crop.

Let’s put it this way: one of the patterns in Bolon’s new flooring collection is called Bling. Titled Diversity, this collection celebrates the brand’s 70th anniversary by designing for playfulness: due to a harmonius planning, Bling can be combined with Buzz and Bouquet even in the same area. ‘This allows the flooring to elevate itself from mere backdrop to strong design element,’ explained Bolon CEO Marie Eklund. 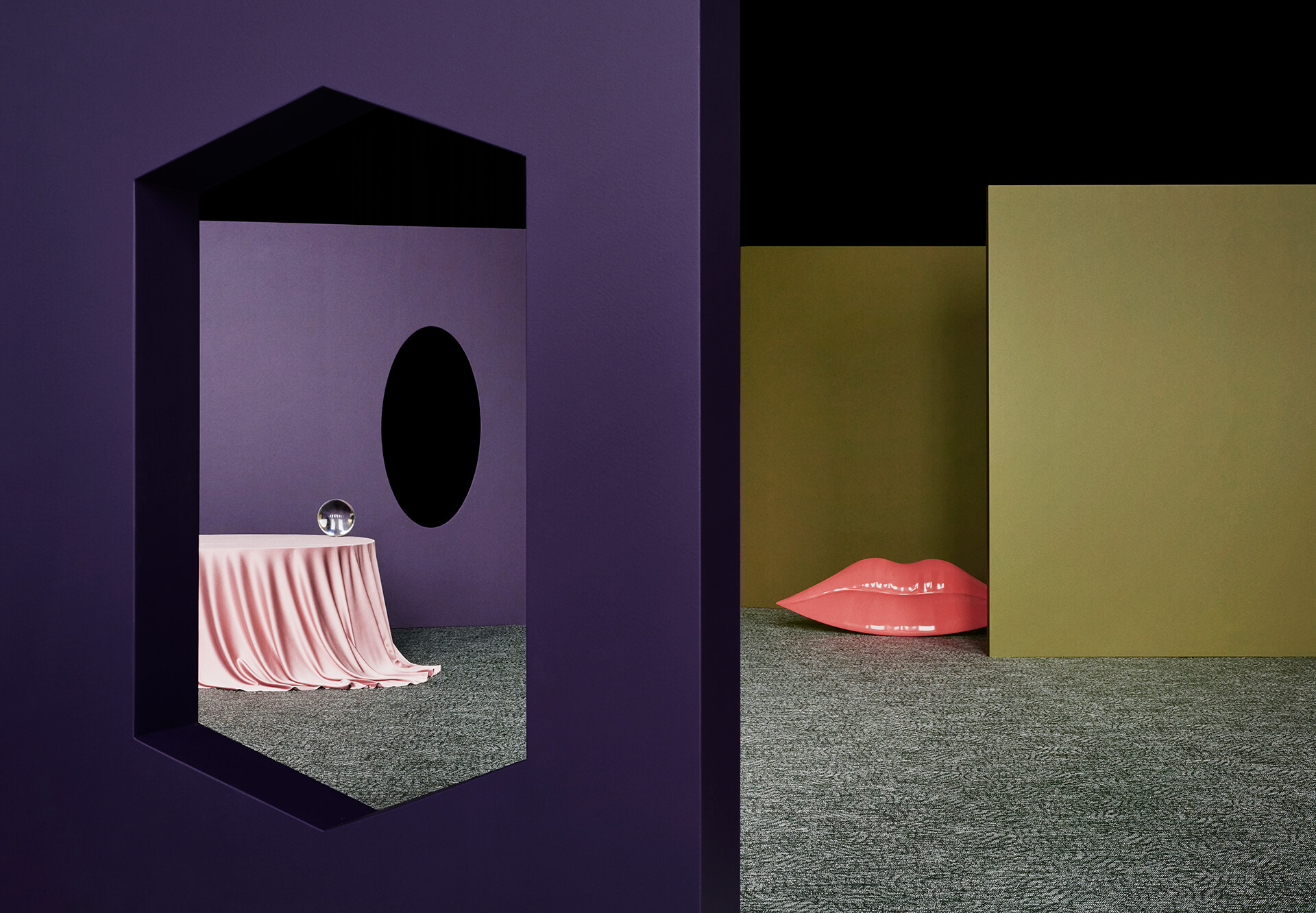 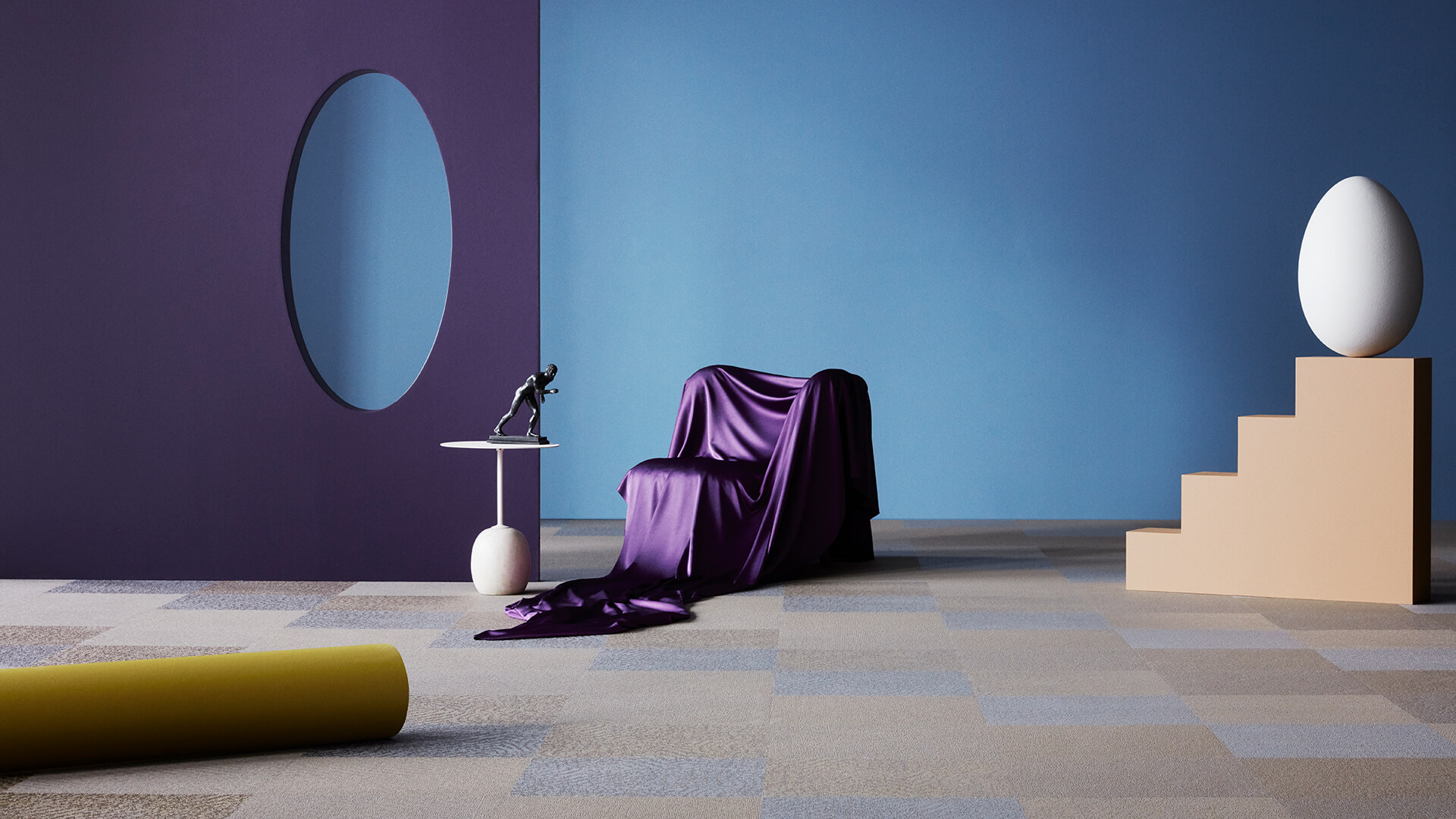 This year, Vestre decided to showcase Folk, a series of flexible park benches, litter bins and bicycle parking racks with some private-space decorative leanings. That’s because, to both the Swedish brand and the designers of Front, the city functions as a public living room in today’s urban environments. ‘After all, the park bench is a gathering spot for people: it’s where they get together to drink coffee under the sun or even where they stop and rest when carrying heavy bags,’ explained Front’s Sofia Lagerkvist. 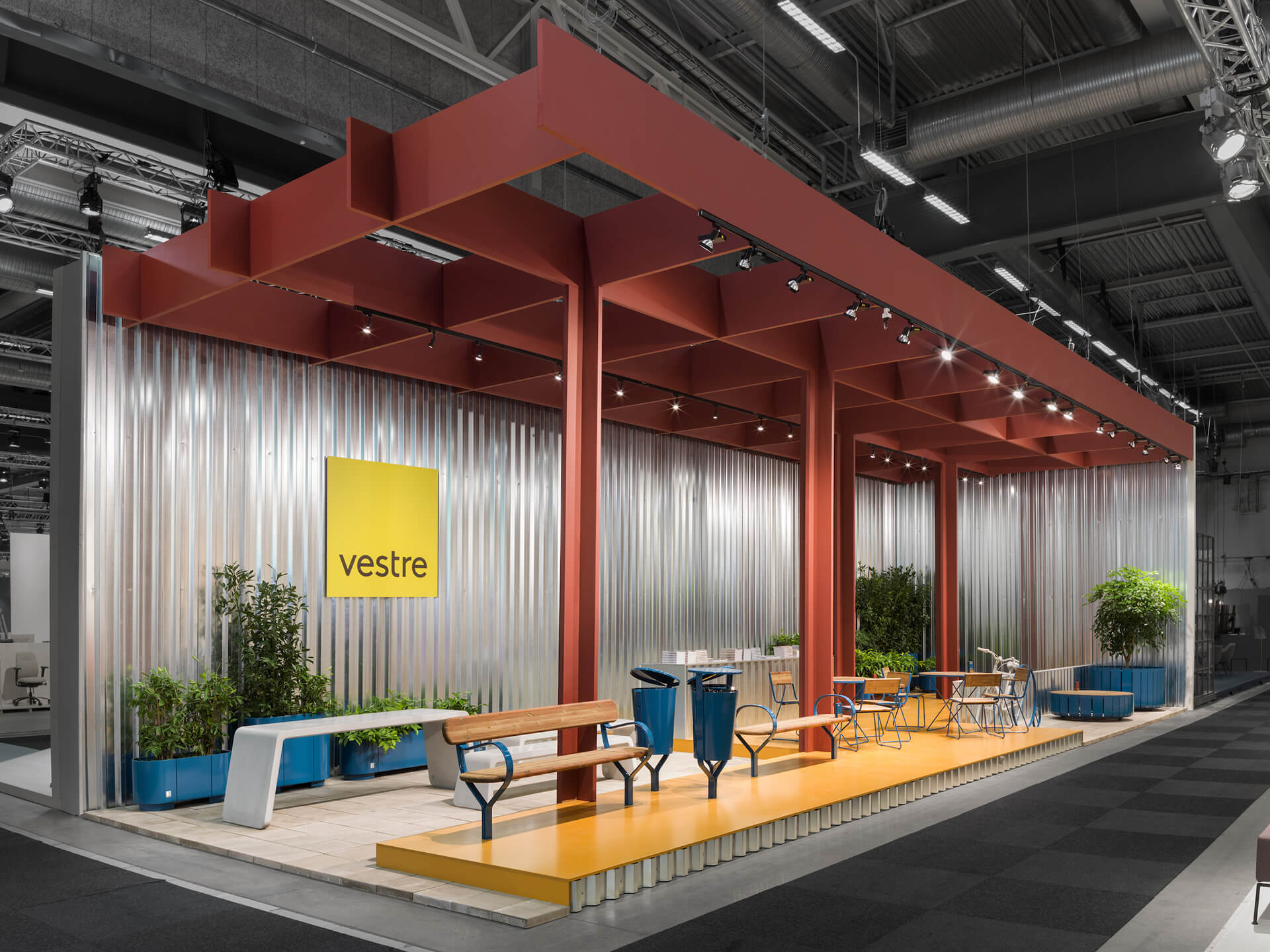 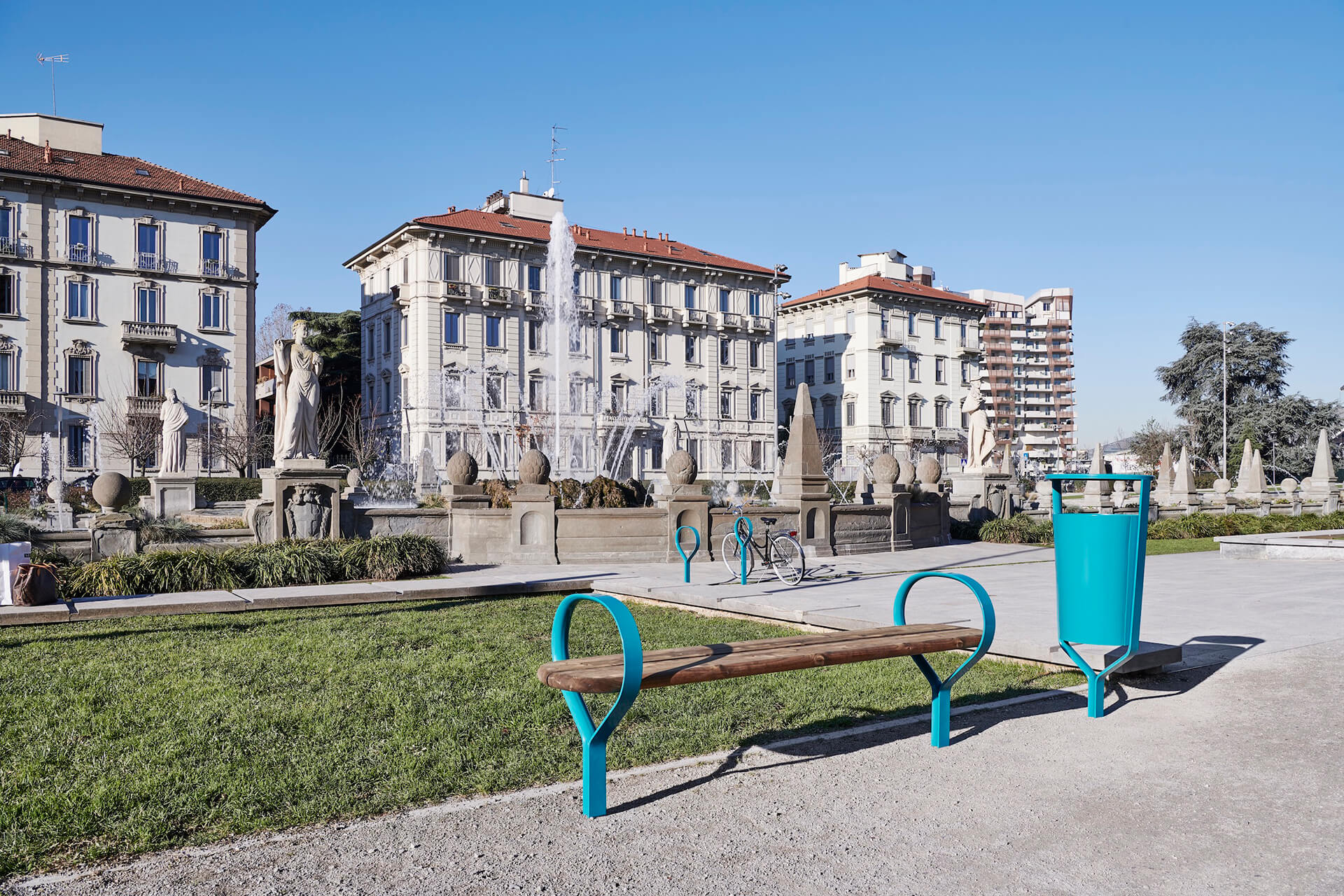 Abstracta’s showcase included Pia Wallén’s tactile Combo Deluxe sound absorbers, the Strata tabletop update in Thomas Bernstrand’s dB and the Sahara wall panel, made of cork. But the showstopper for the company was definitely the Sky, a sculptural modular system designed by Stefan Borselius. ‘It’s an acoustic innovation for a forgotten part of the room, because nothing sabotages an interior as effectively as a boring ceiling,’ explained the Swedish designer. 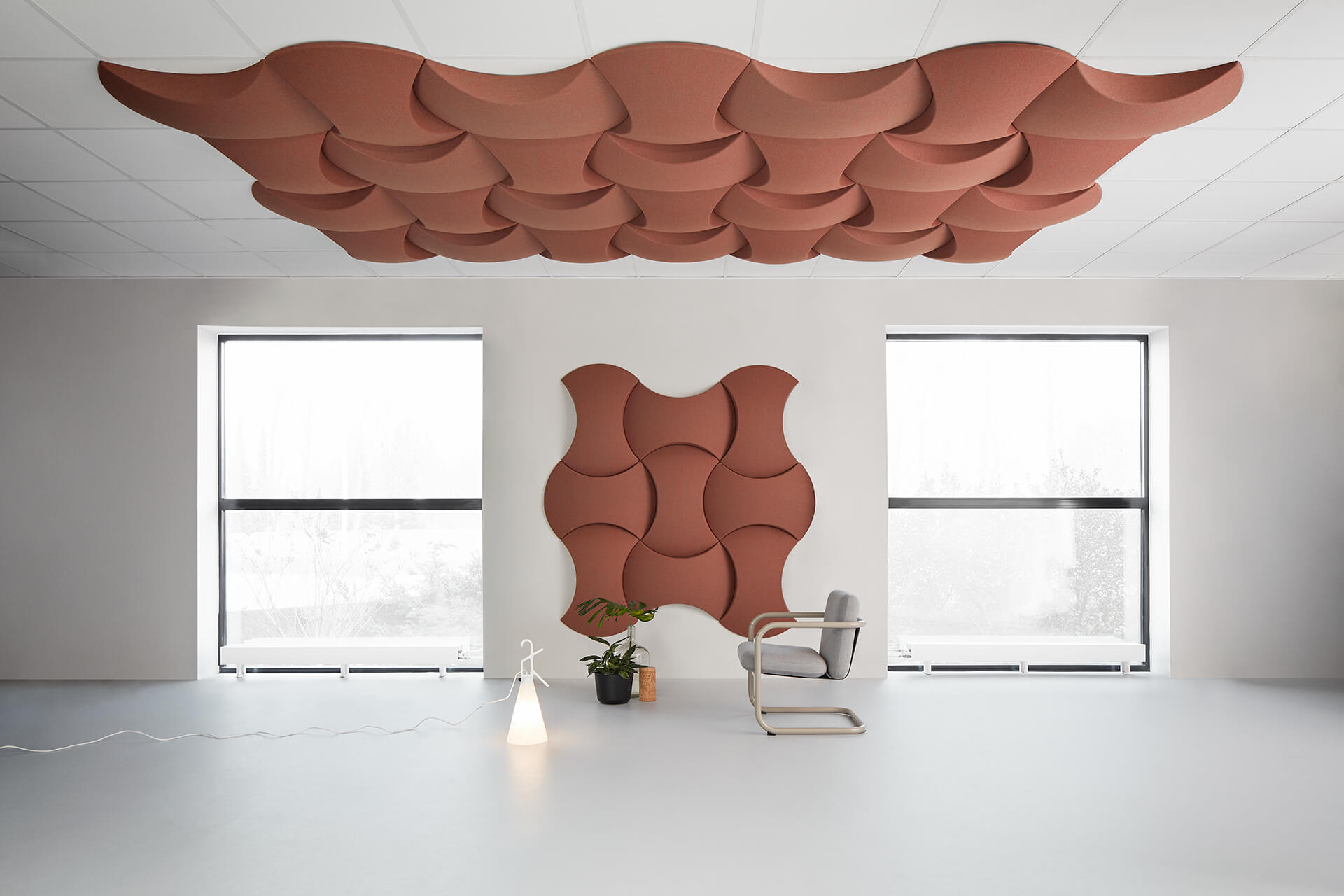 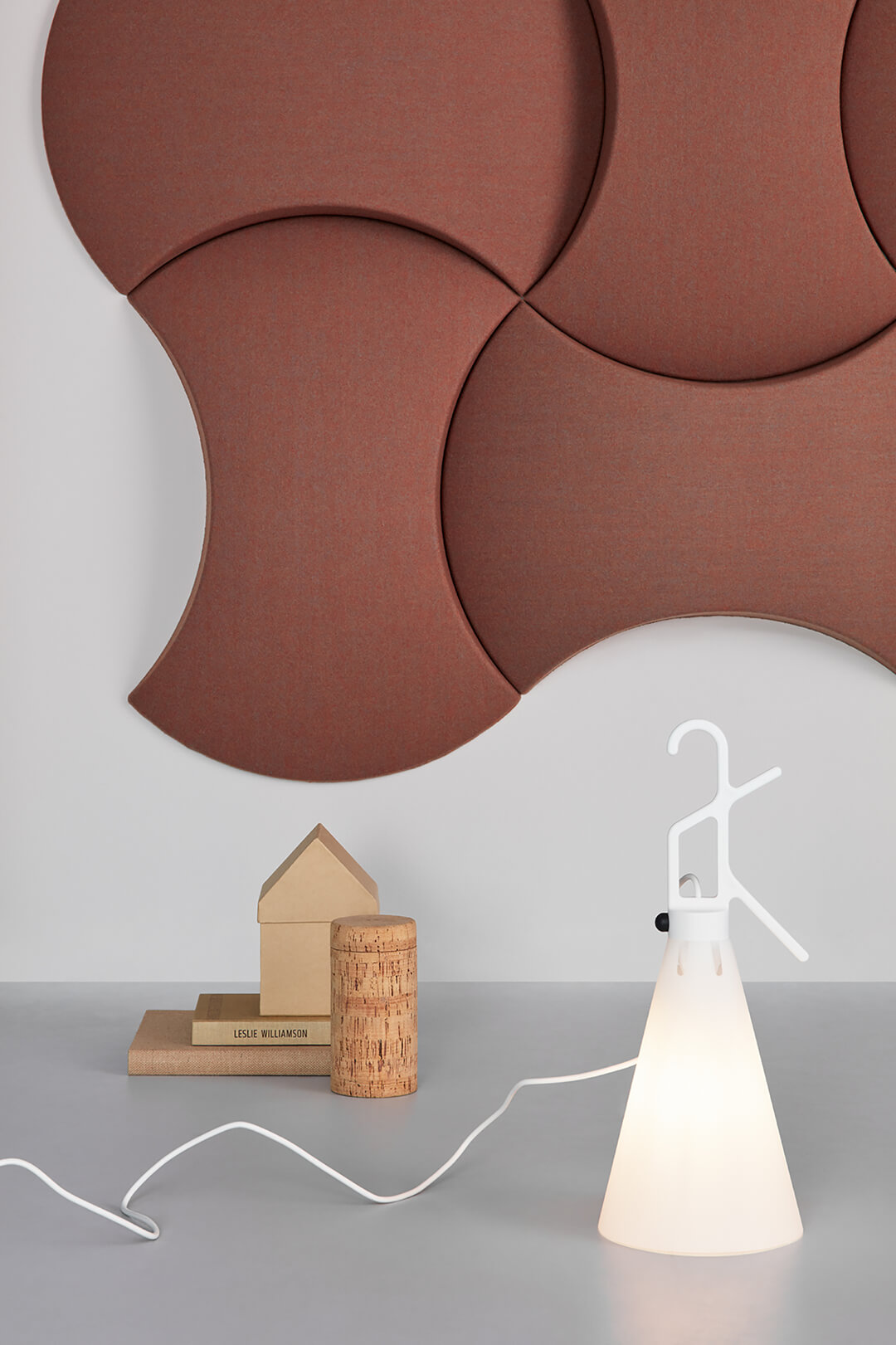 In her Temperament  exhibition, Acne Studios conceptual director Sahara Widoff explored the current trends in both private and public spaces. One of the brands she handpicked for this showcase was Ukrainian manufacturer Faina, founded by Kiev-based designer Victoriya Yakusha. The standout objects were two new pieces: the Ztista chair, handmade using flax and cotton on a metal frame, and the Barantsy vases, inspired in the lamb-shaped toys of Ukrainian myths. ‘Faina stands for deep background research behind each of the pieces,’ explained Yakusha. ‘Only this way we can prevent our national identity from vanishing.’ 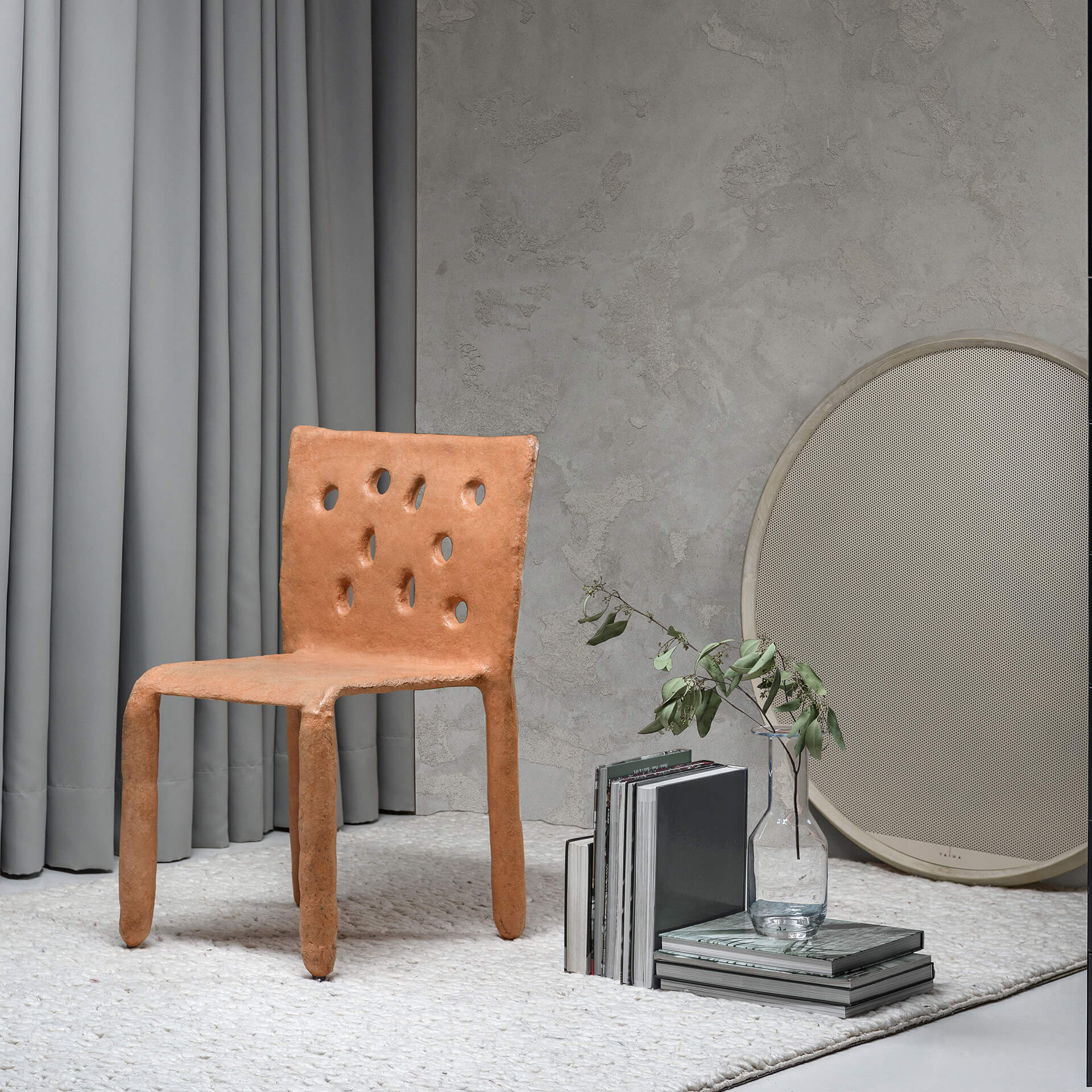 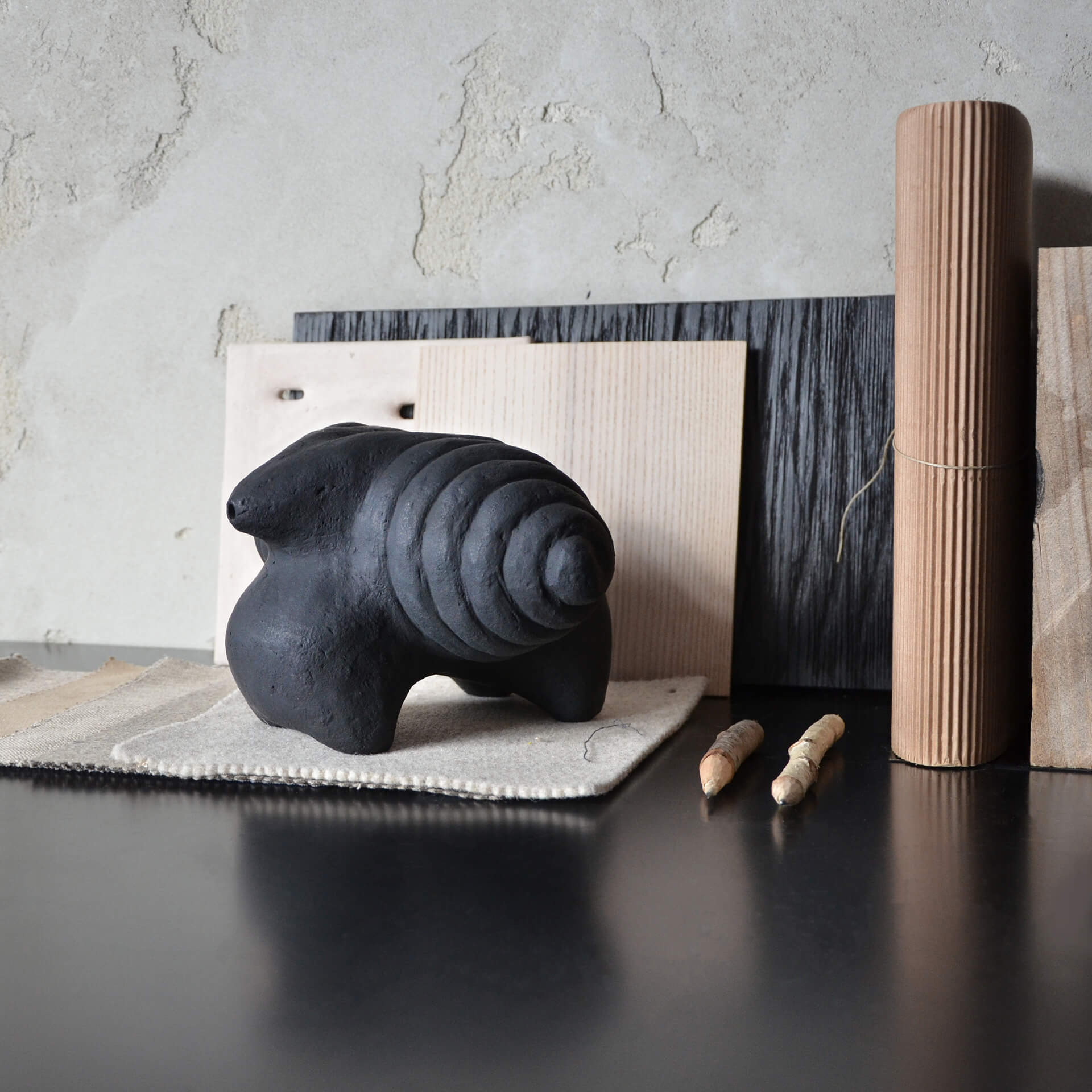 Designer: Form Us With Love

The newest addition to the Nest collection – best known for its high and low sofas – is a modular table that twists and bends and curves throughout the available space. For this striking and impish element, Danish brand +Halle collaborated with Swedish studio Form Us With Love – also featured here for their work with Baux. ‘There is a need for public areas to combine work and everything else,’ explained +Halle creative director Martin Halle. ‘So the solution is a large centre table that does more than just go in a straight line, structuring a playful space for a large group of individuals.’ 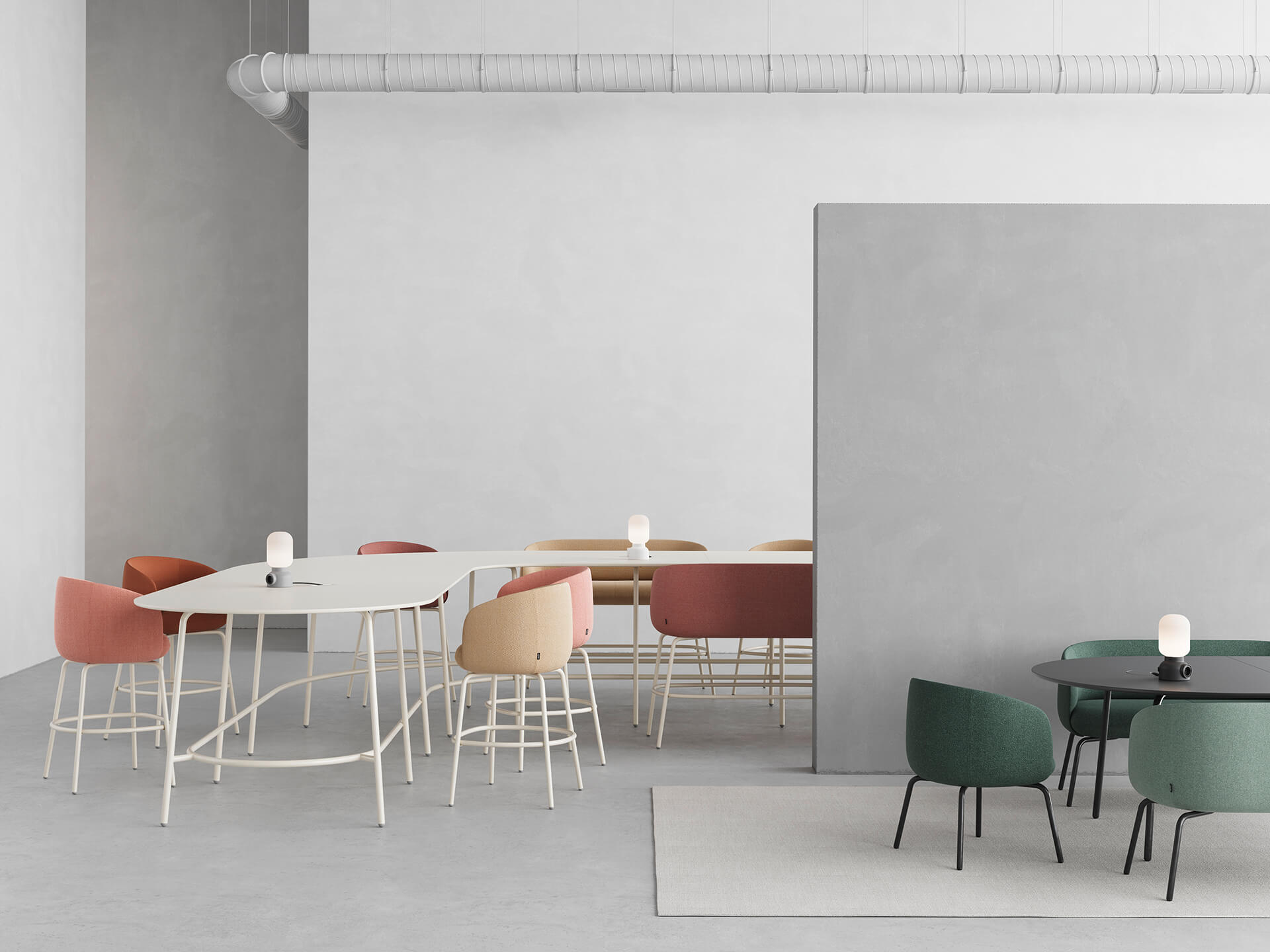 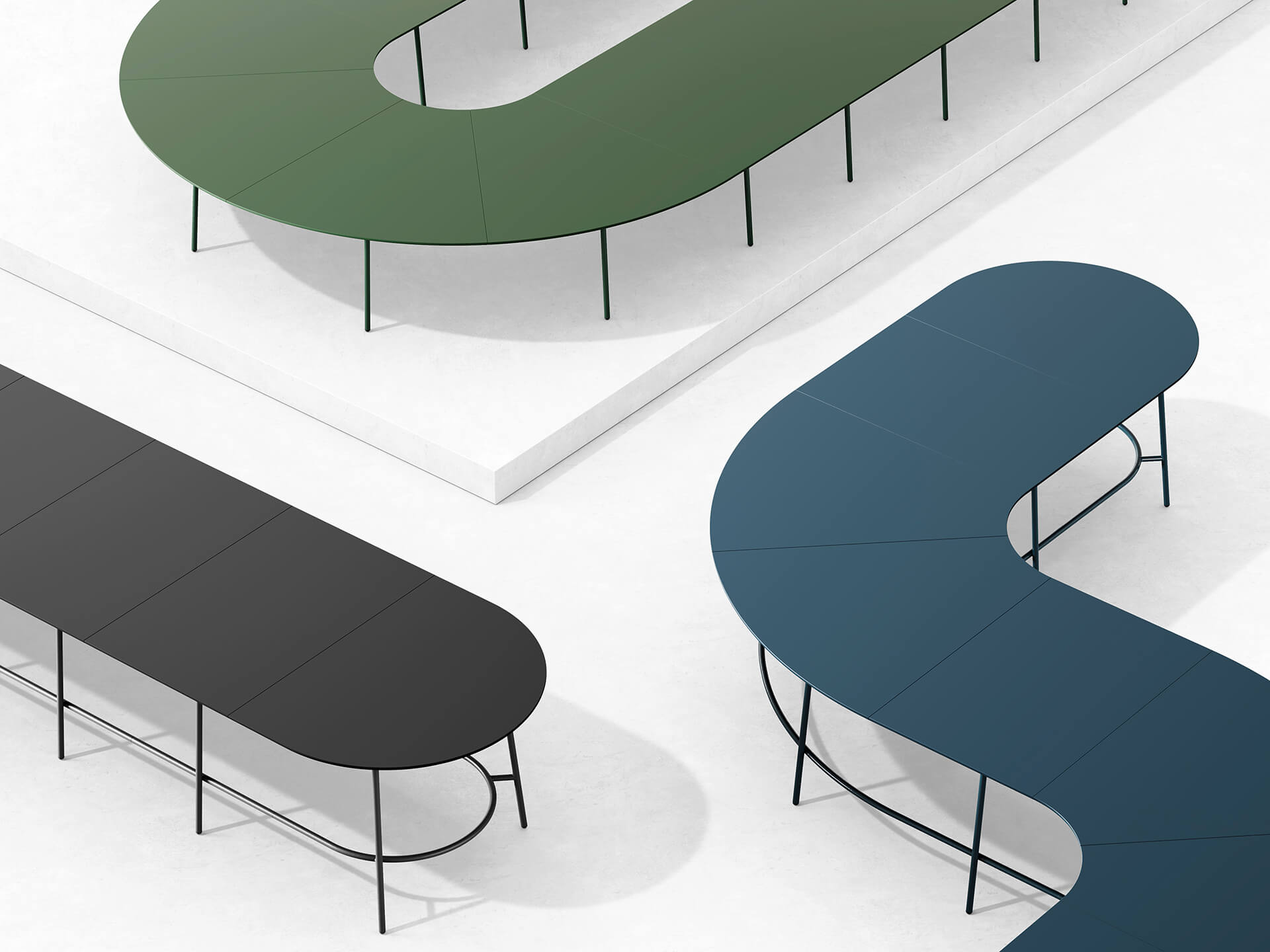 Here’s another category-bending question: What happens to meal etiquette as our attitudes towards food consumption have changed so much? Which uses truly define a plate? What makes a glass a glass? A cup? Through its newest collection, the Jasper Morrison-designed Raami, Iittala explored the archetypes of dishes and dining. The research took the form of an exhibition, titled Creating Atmospheres (When Eating Becomes Form), designed by Ville Kokkonen and Florencia Colombo. ‘These items haven an ability to influence – not only the atmosphere of the occasion, but also our behaviour in it,’ explained Morrison. 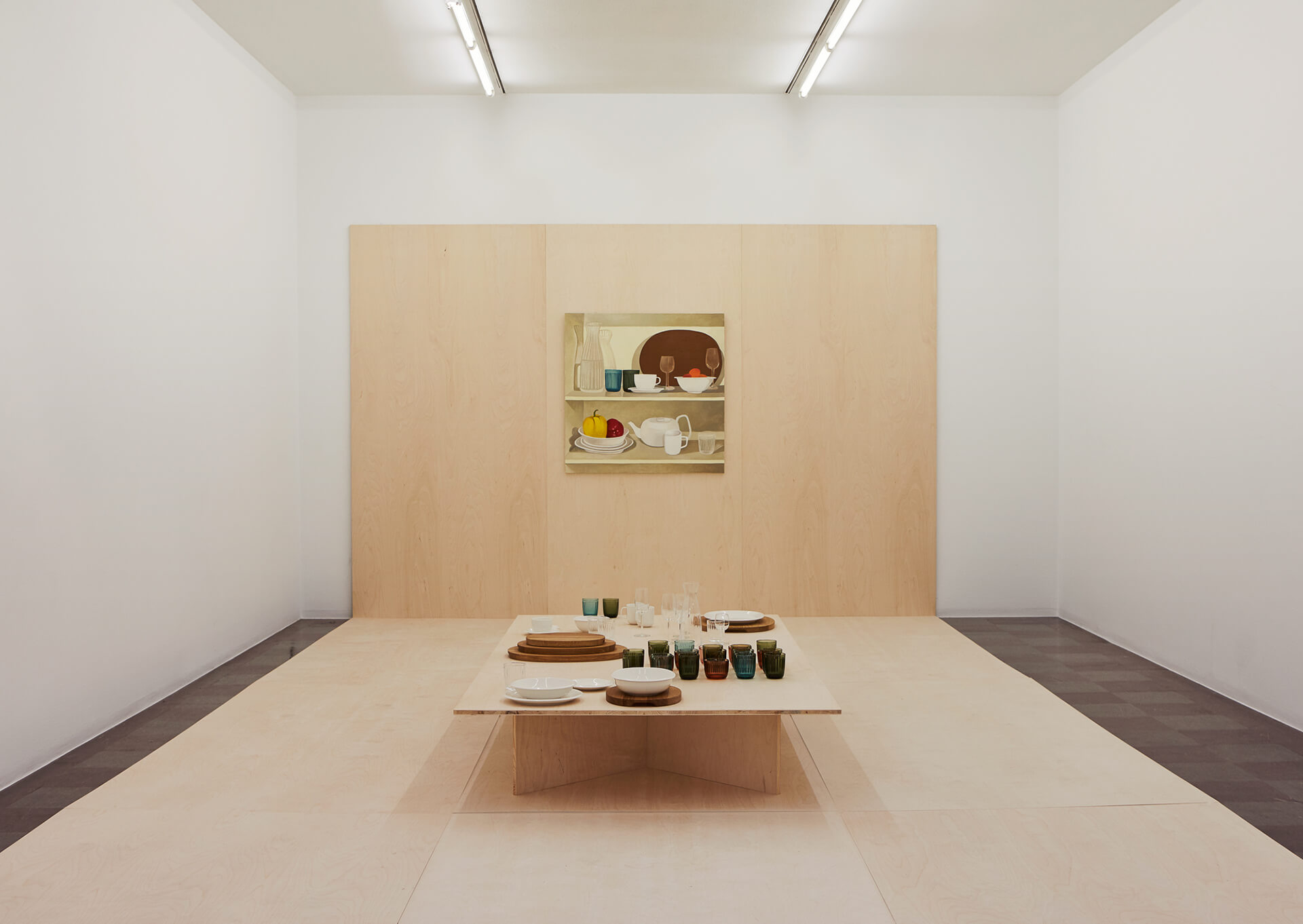 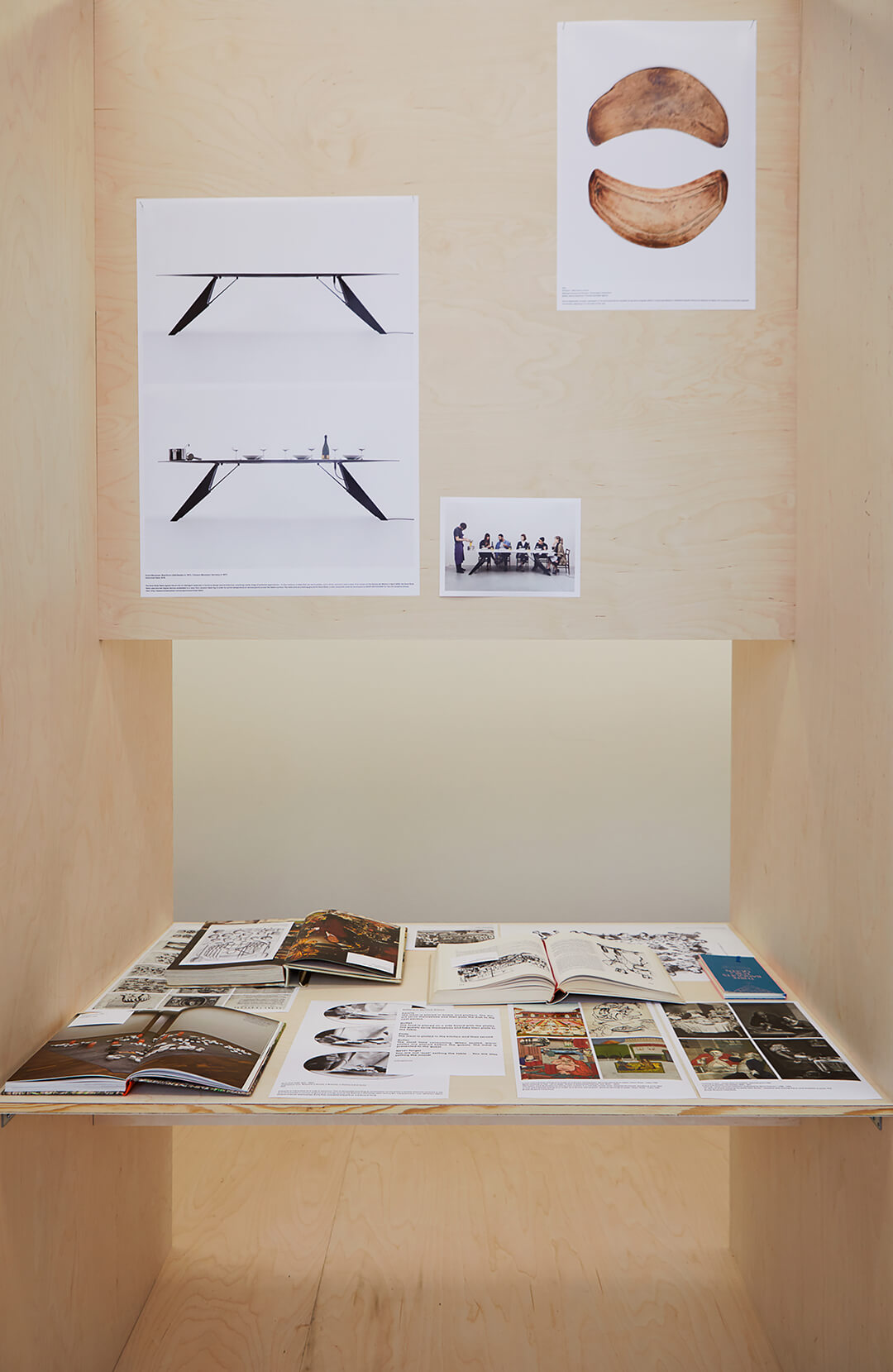 By creating curtain patterns that are lustrous on one side and matte on the other, Kvadrat and designer Margrethe Odgaard have come up with pieces that work well when seen from the inside or the outside, when used in both private spaces and contract environments. ‘Depending on where the dividing line is set, it influences a person’s own reflection within a space and can be used to make a room look larger,’ said Odgaard. 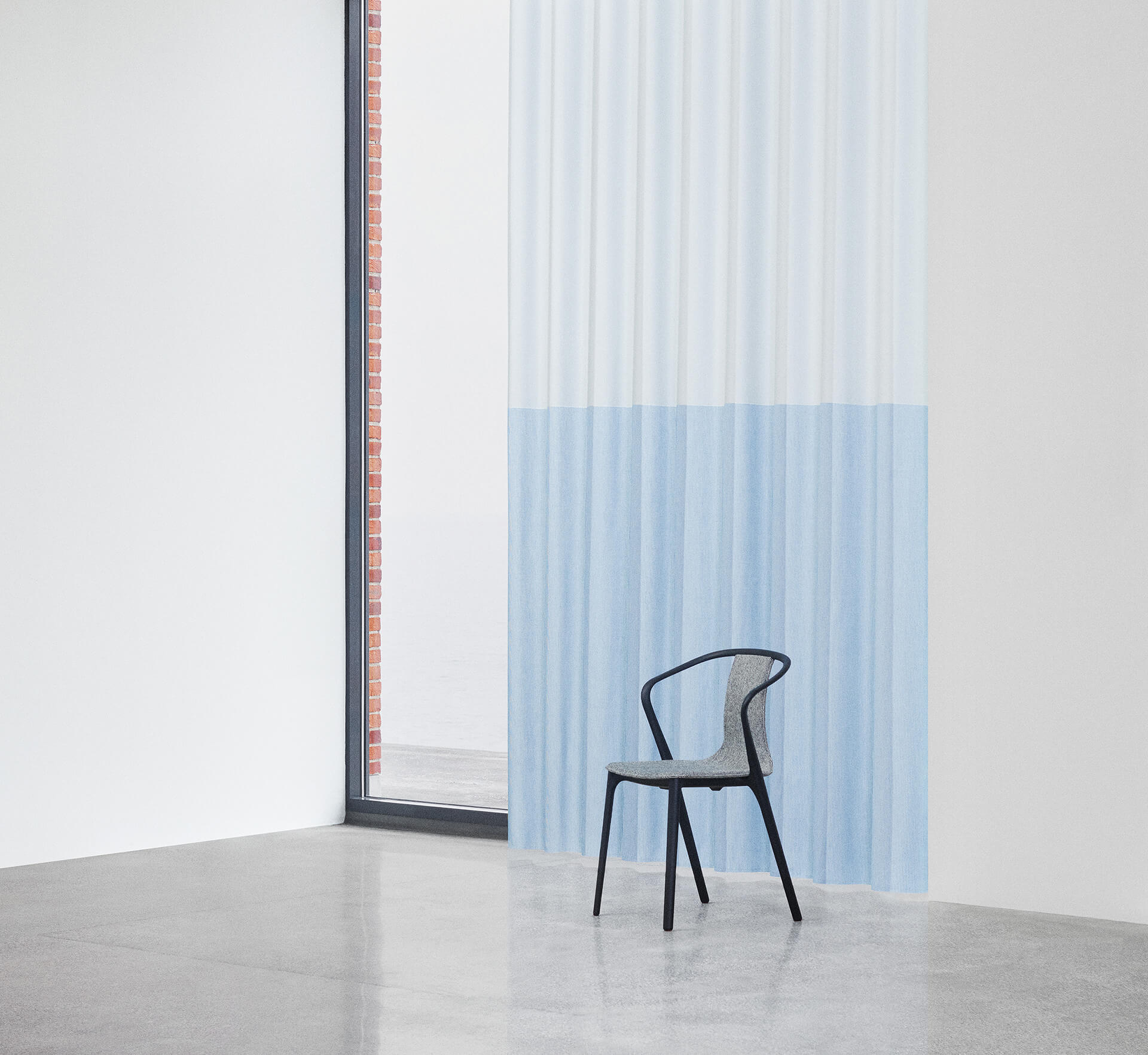 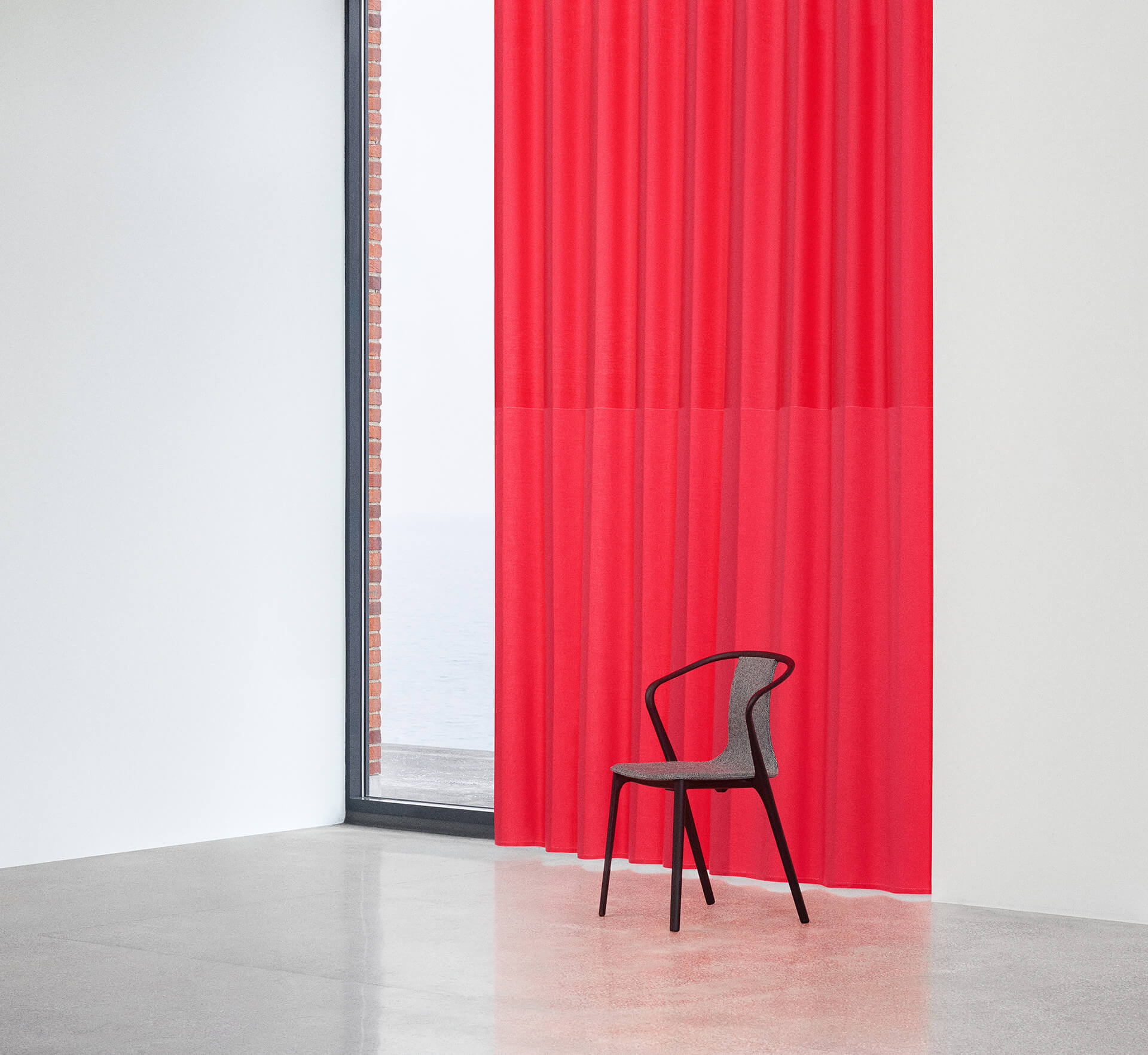 After a five-year renovation, the Nationalmuseum in Stockholm wanted a new sofa design for its restaurant. Offecct and Matti Klenell developed the Font, a seating unit with a round backrest. Beyond its charming look, Font is actually impressively flexible: it’s made up of one straight and one curved section that can arranged in multiple ways, attaching a smaller table when and where needed. ‘That’s why Font is a sofa system that can grow into different public spaces far beyond the museum’s walls,’ explained the Swedish designer. 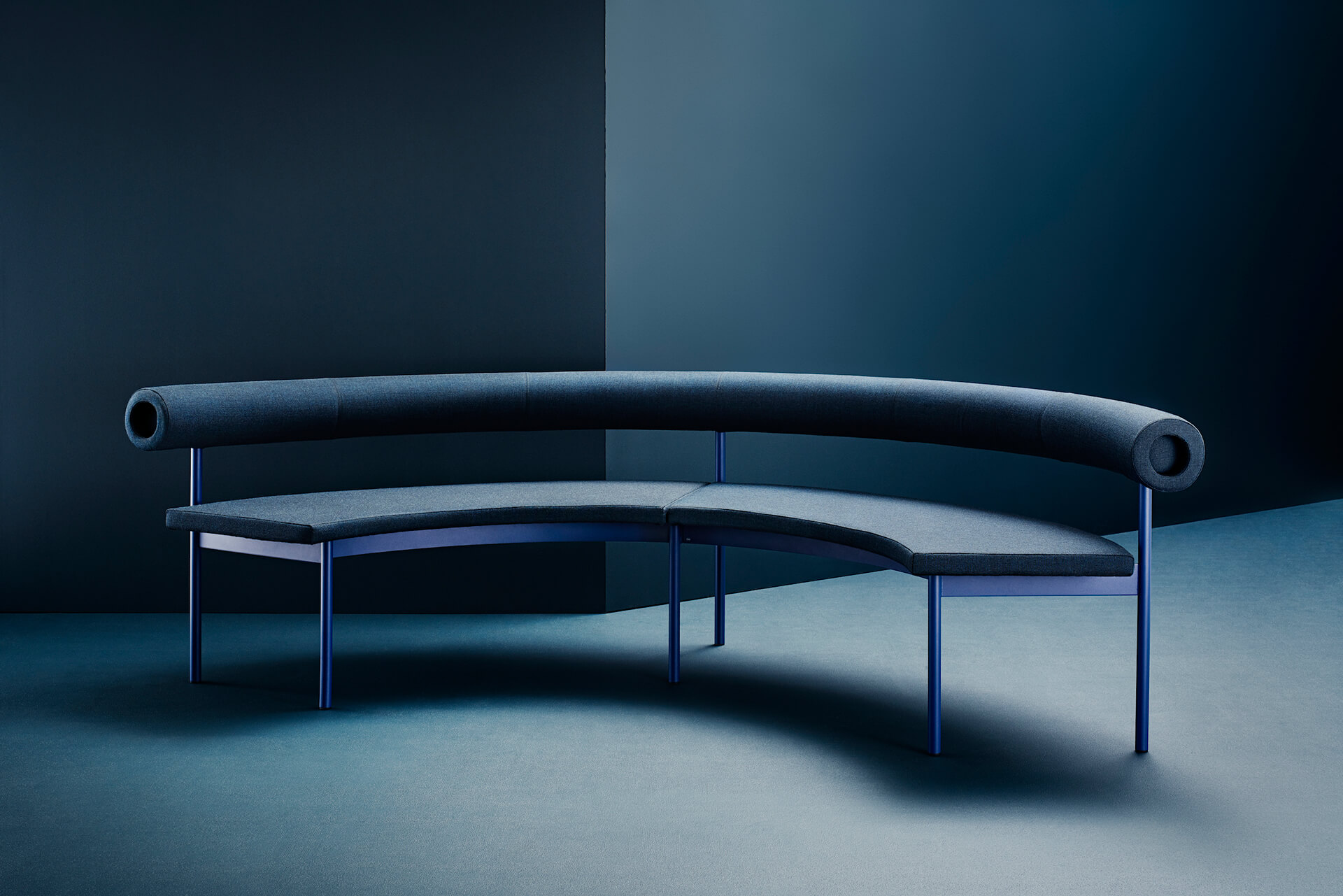 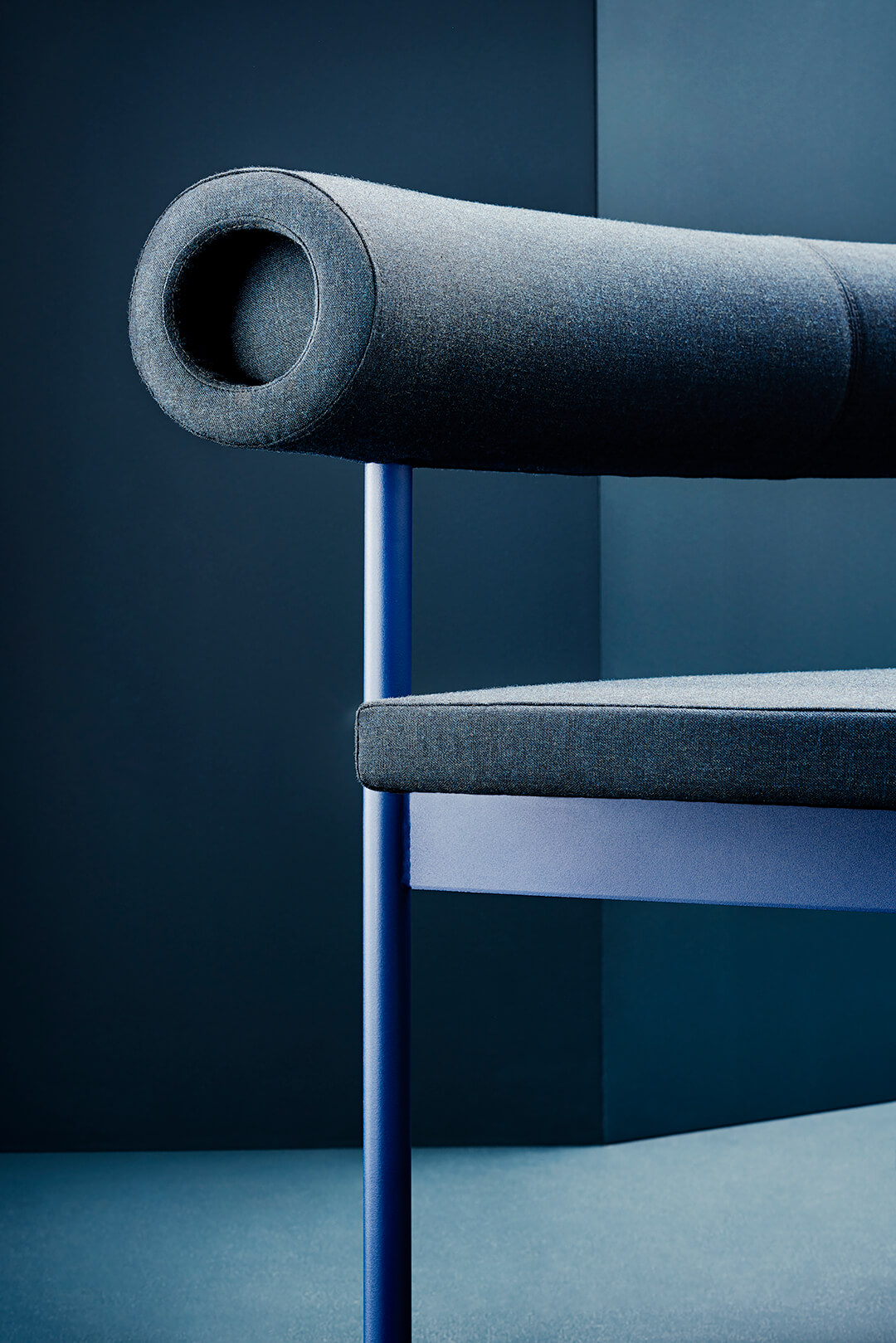 Here’s another item born out of the Nationalmuseum renovation: Fogia's Niche, also known as TAF Studio’s answer to the club chair. While the exterior cocoon gives the impression of outwardness – the leather model even has some raw edges that boldly devour the space around them – it actually has a very tight footprint. ‘And that’s why it’s perfect for places beyond the Nationalmuseum restaurant, where floor space is limited,’ explained TAF architect Gabriella Gustafson. 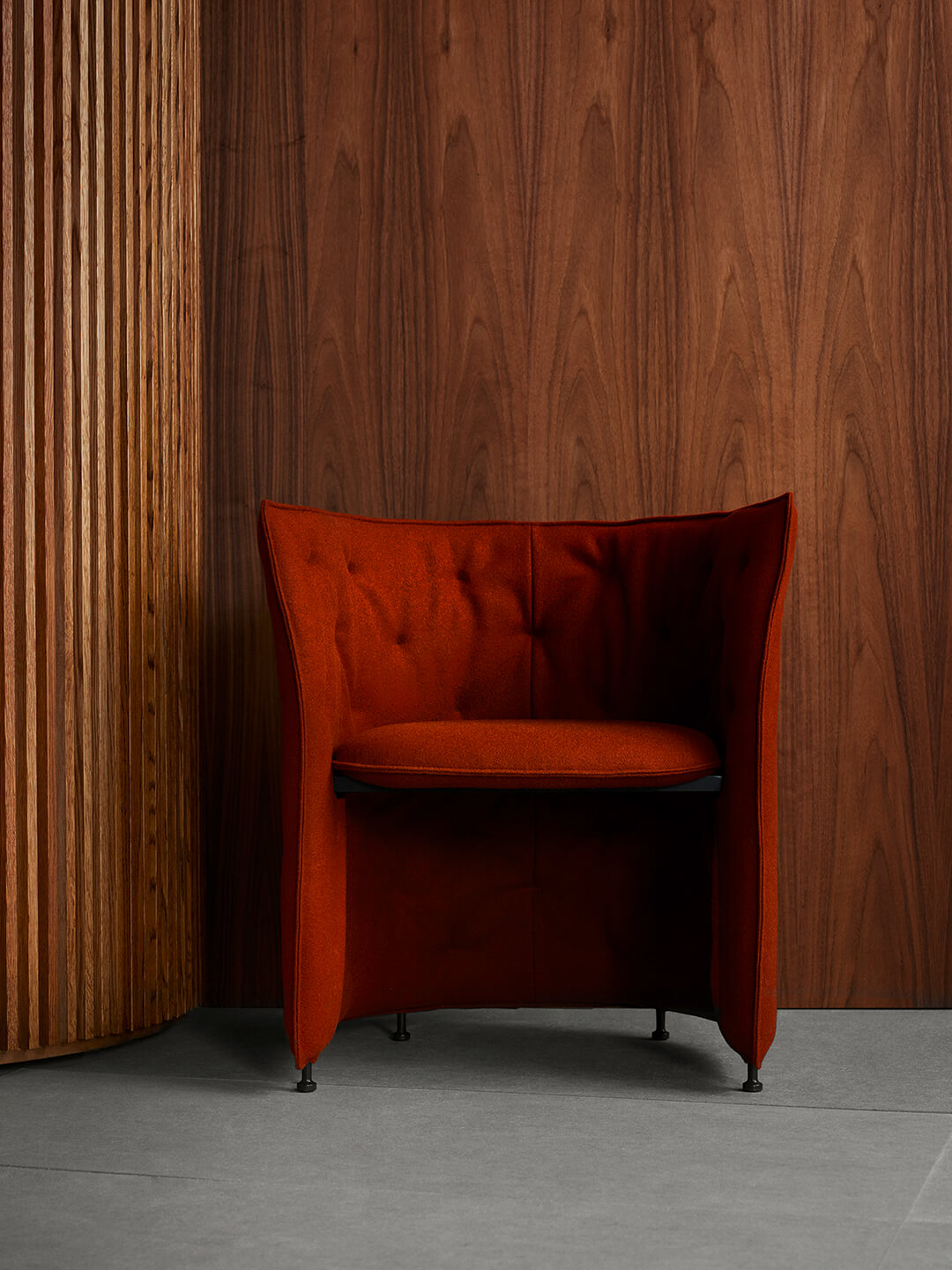 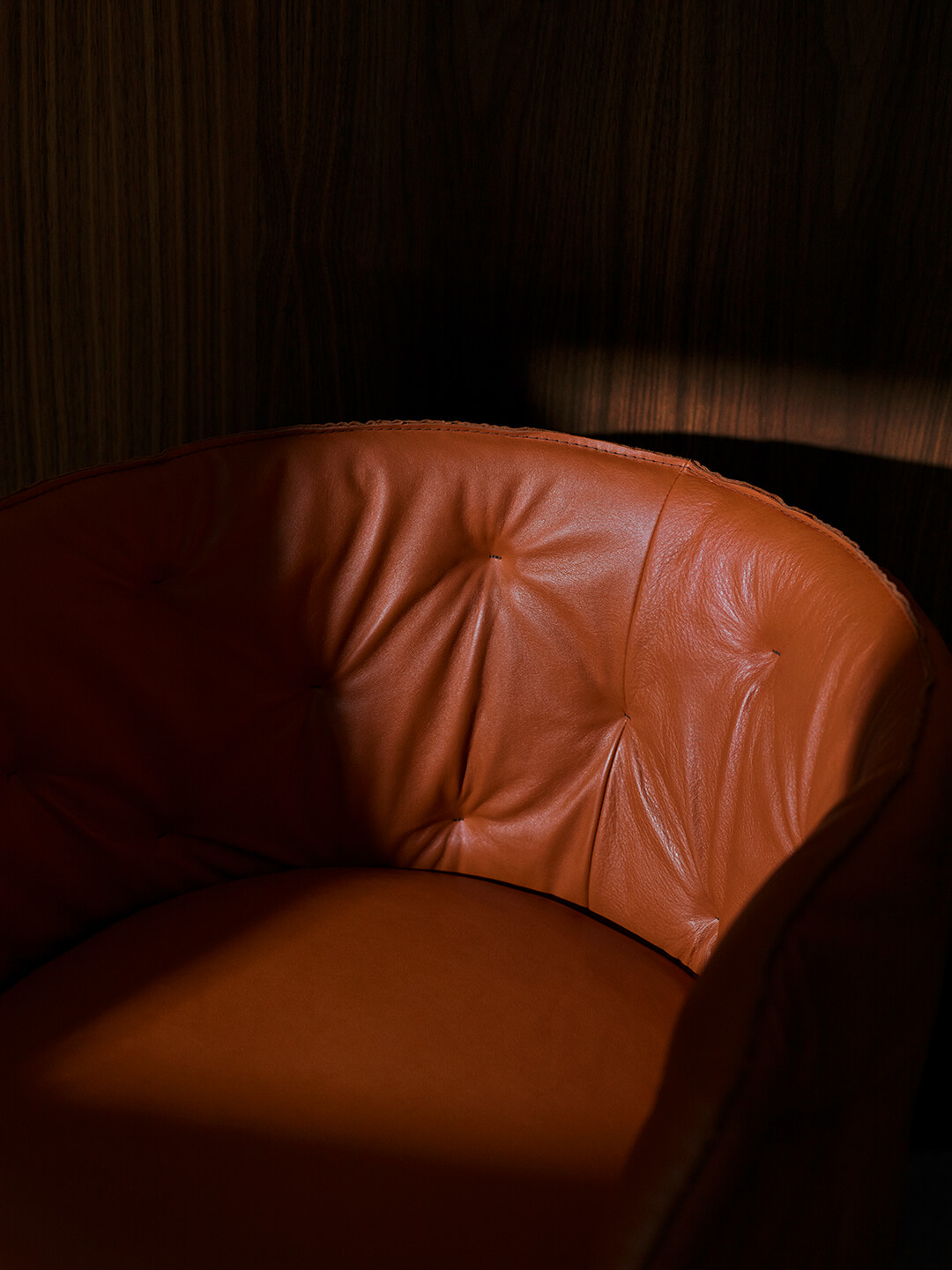 Paris-based designer Pauline Deltour experimented with 25 different methods of braiding until she found the most durable and attractive combination that would become the basis for her Rope Rugs for Hem. The result is a series of criss-crossed rope patterns, made with individually dyed components, that come in four contrasting colours. 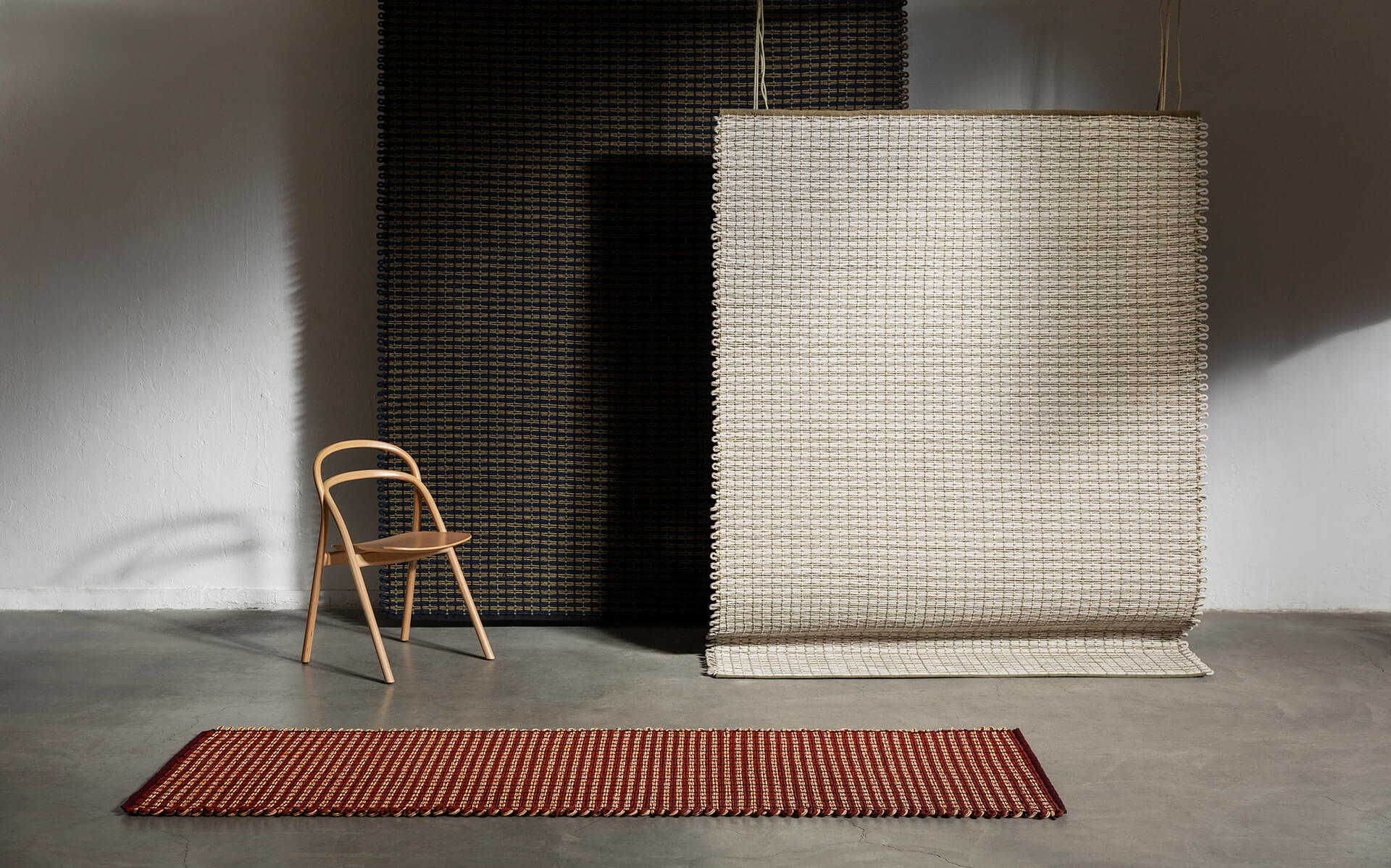 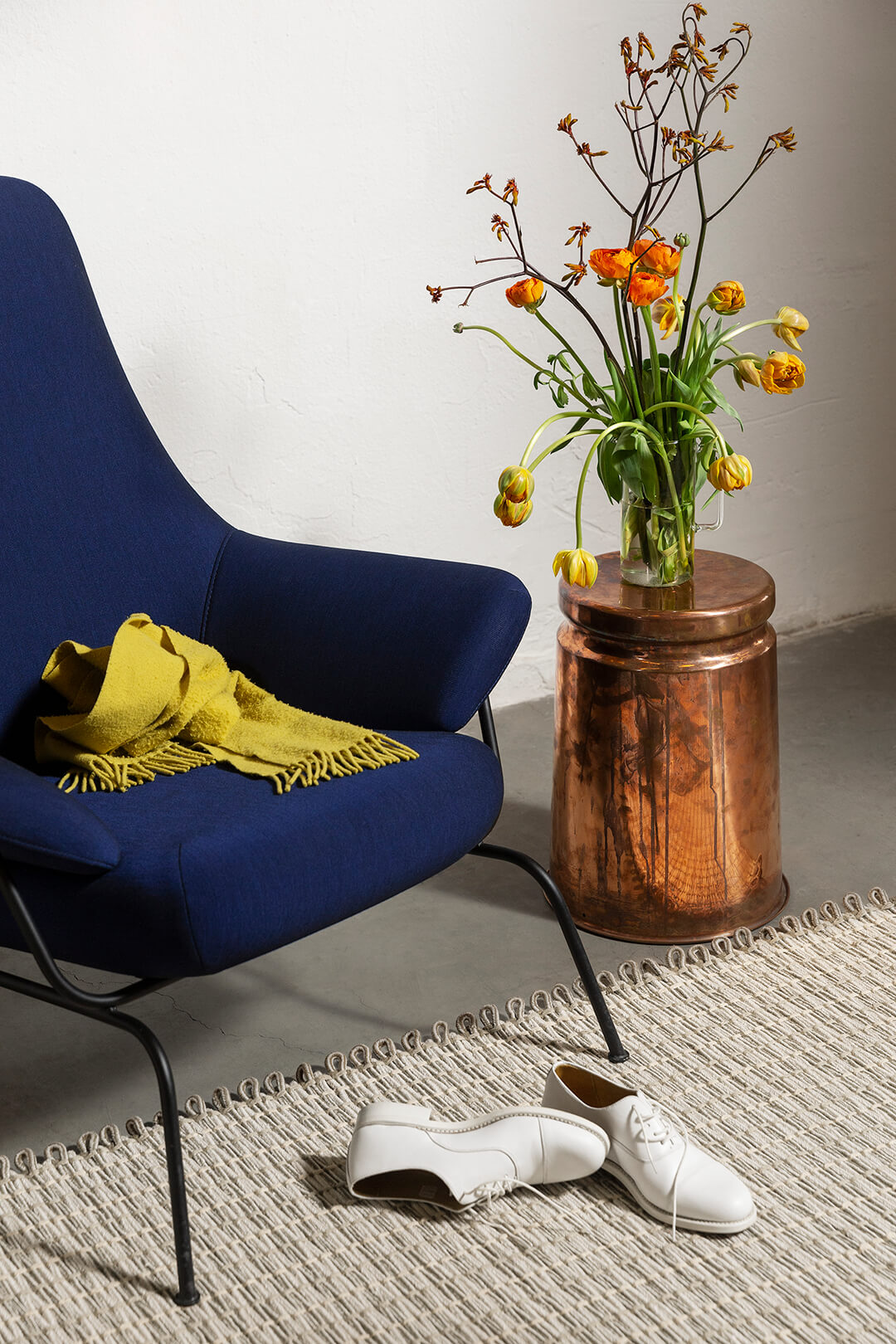