AMSTERDAM – The venues in our inspirational new book Night Fever 5 are not only destinations to drink, dine and dream from across the globe, they are also spaces for social interaction, with many of the designs linking to local heritage. We are interested in the stories of how these interiors came to be – what was the inspiration for the studio to create such a space in the first place? Night Fever 5 asks that question and, here, we highlight just a handful of the 100+ projects in the book. 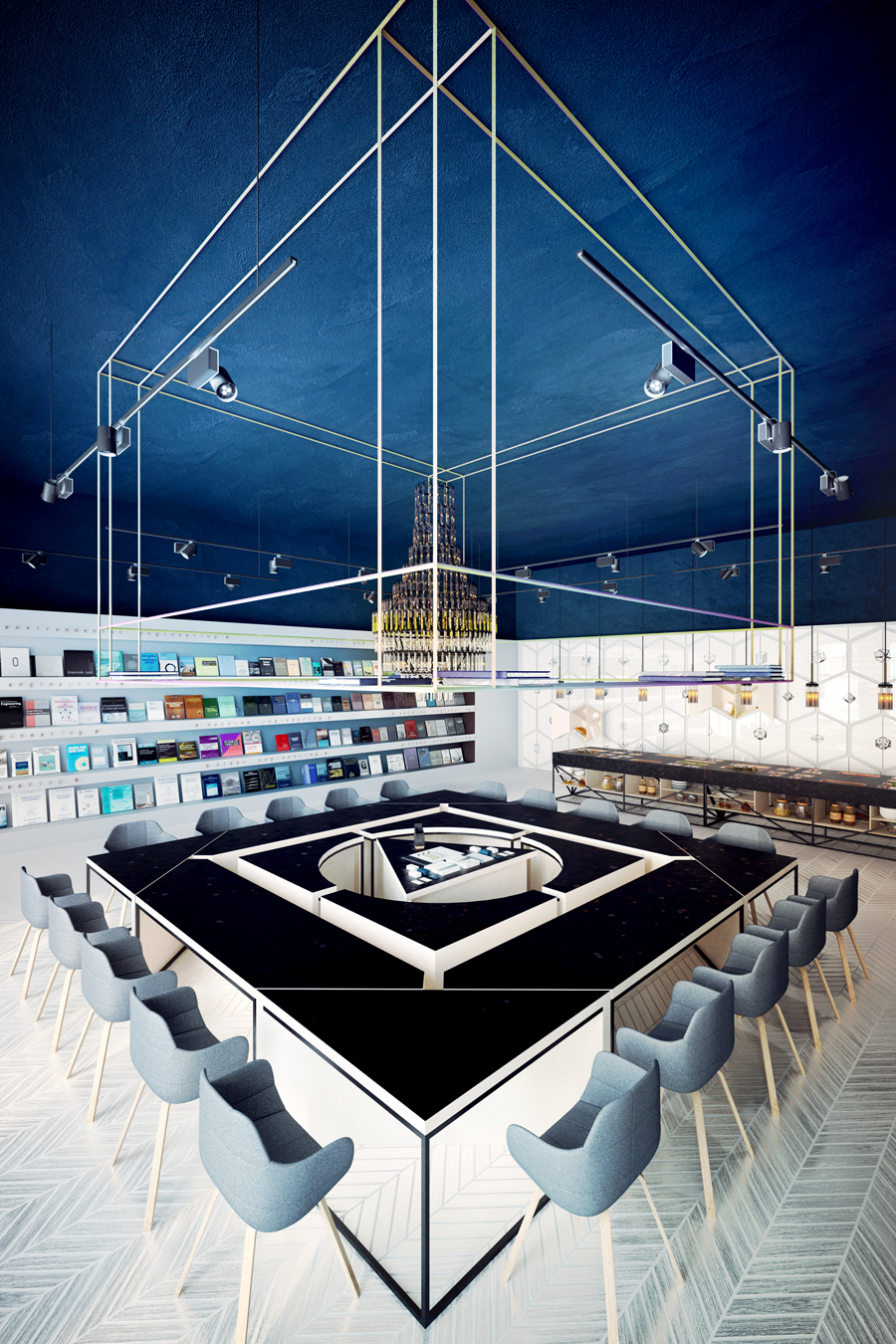 The Science Cafe Library was designed by Anna Wigandt to be a space for social interaction. It has a cosy yet mystical atmosphere and attracts like-minded individuals, who are interested in a slice of self-serve education on the side. So too, the design Singapore's first 'sociatel' Coo, by Ministry of Design, puts an emphasis on facilitating interactive engagements between its guests, with a digital interest matching tool aimed at tech-savvy millenials. 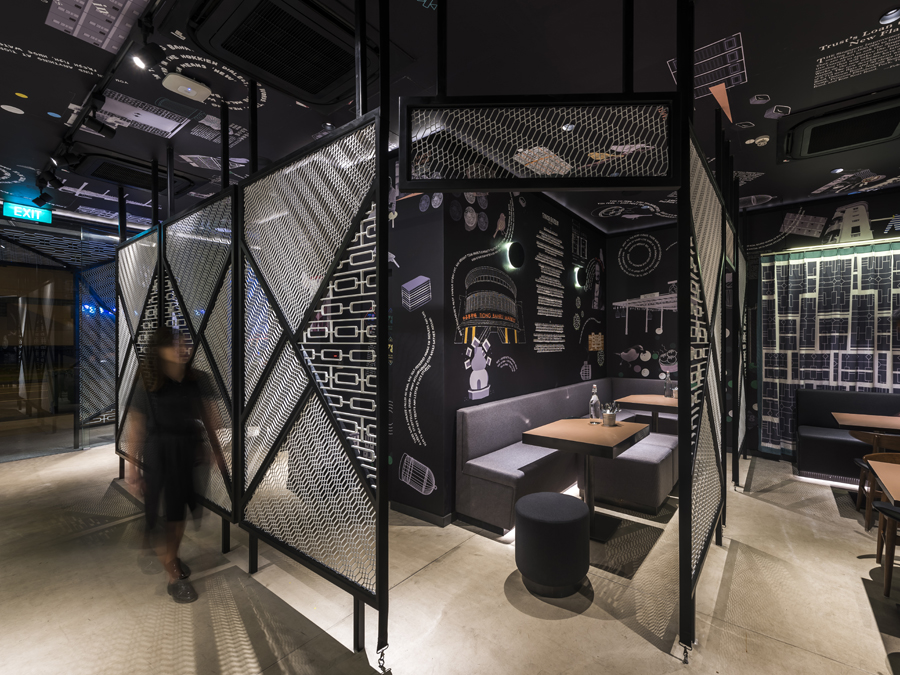 Another venue that engages patrons with the lure of multimedia appeal, as well as its imaginative accents and materials, is M Social by Philippe Starck. There are digital screens conceived as an 'open-source platform of expression' to which artists can submit work for display, and a bar counter that has LED lights above using motion-detection technology to change with the flow of customer traffic, collectively stimulating a dynamic atmosphere. 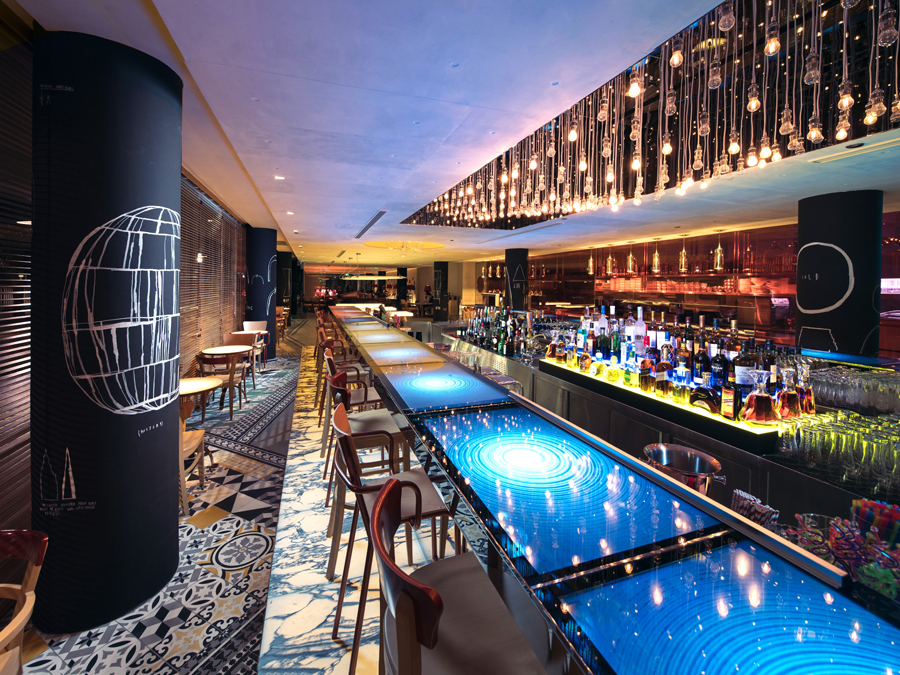 Translating the surroundings and location of a venue into the interior is a key aspect of many designs. One such example is OneOcean Club by El Equipo Creativo which stands within a marine setting at Port Vell in Barcelona. The choice of materials and use of mirrored surfaces on the walls and ceiling expand the space, recalling the aquatic vista beyond especially when set alongside interior design aspects that are reminiscent of the masts of sailing vessels. 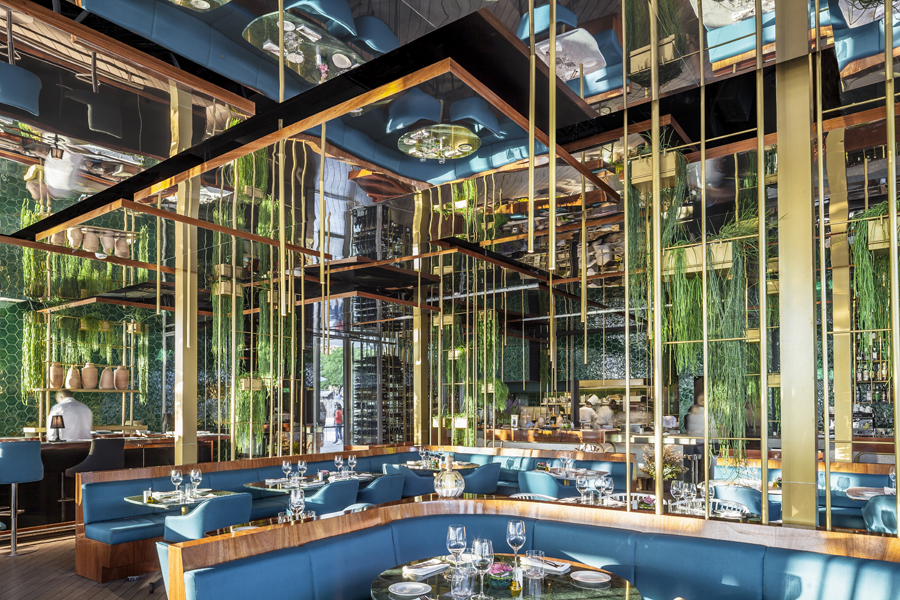 Linking to local heritage is another focal point that emerges throughout the book, offering a case for cultural reflection. Patricia Urquiola's approach to renovating a nineteenth-century building in Milan for Room Mate Giulia both connects her and its customers to the historic location, seen in the preponderence of material influences from the local architecture and the city's cultural heritage. Similary, DesignAgency's concept for boutique hostel group Generator's first location in Amsterdam. This project saw the conversion of a century-old educational complex with an intervention that ensures a contemporary dialogue with the building's existing features and local aspects and, in doing so, creates an interior that is conducive to interaction, movement and observation. 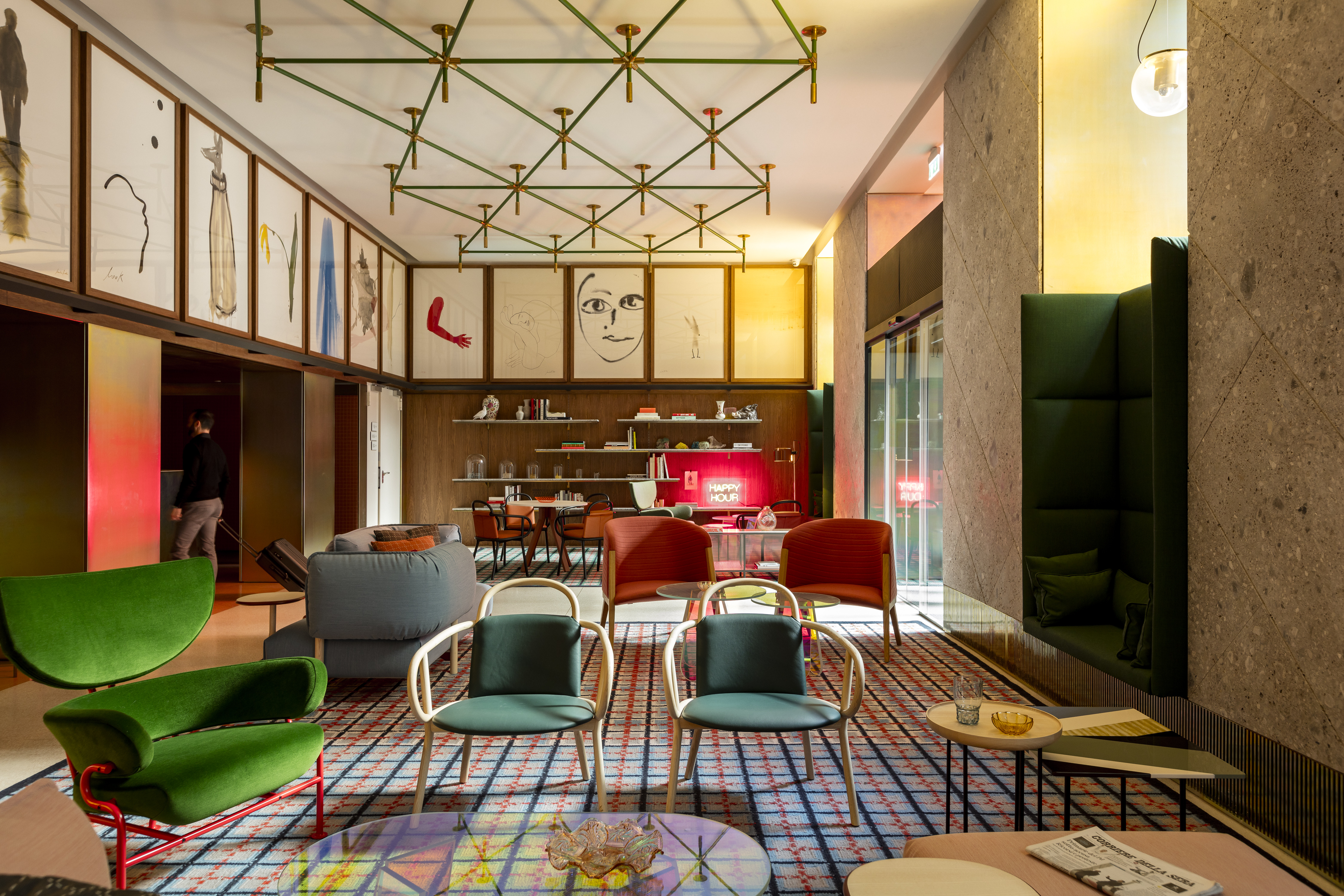 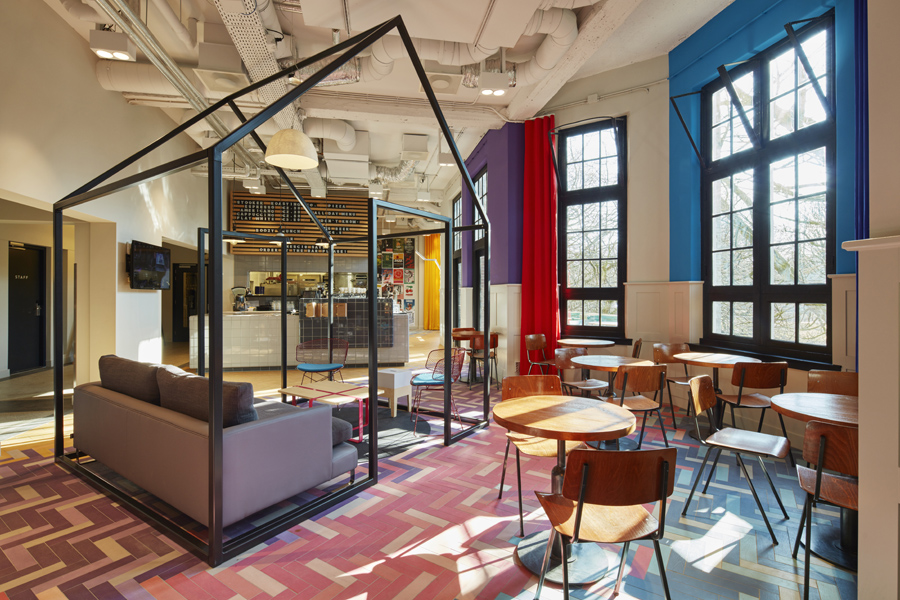 Finally, staying in the Dutch capital, there is the new W Hotel that stands on the site of two historic buildings in the city: a telephone exchange and a bank. In response, 'connect and exchange' became a guiding narrative of the team at Baranowitz + Kronenberg Architects for the design concept. Seen as a connecting – and regulating – element are the brass tubes that run throughout the building, creativing surfaces, furniture and fixtures as a contemporary dialogue that links to the location's heritage. 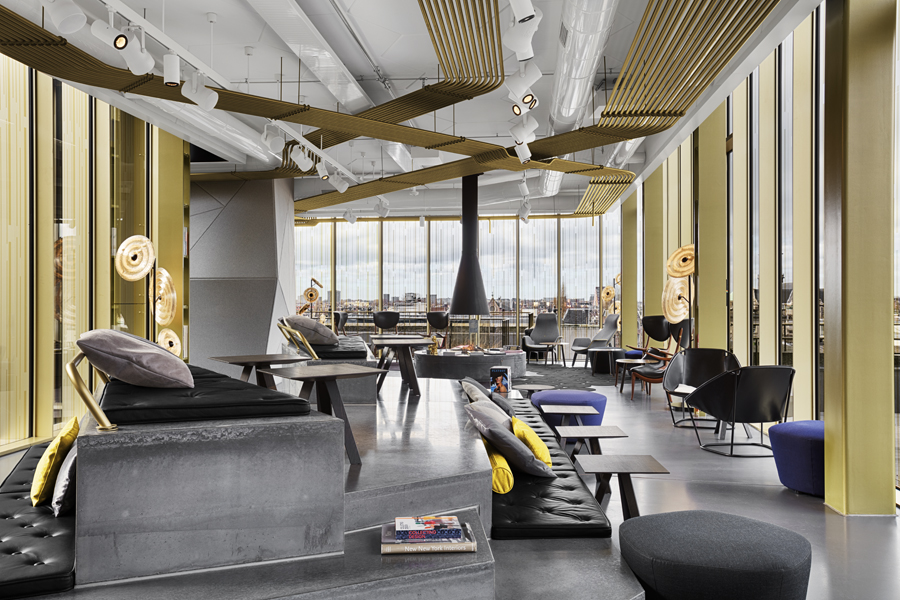 The newest edition of our sought-after book series, Night Fever 5 is officially released this week! It is brimming with design inspiration featuring stunning hospitality destinations from around the world. For more information, and to order your copy of the book, visit: http://frame.shop/night-fever-5