Vivian Lee and James Macgillivray of Canadian-American architecture studio LAMAS had their work cut out for them the moment they stepped into what would become Avling Kitchen & Brewery. The Toronto building – which had originally housed a mid-century grocery store – had been used to grow bean sprouts in recent years. Drains had been cut into the flooring and the entirety of the 975-sq-m space was dark and wet, says Lee. The designers managed to turn the seemingly inhospitable space into a haven of hospitality: it now hosts a restaurant, rooftop garden and enough basement storage for multiple 4.8-m-tall, 4,000-litre fermentation tanks.

Considerable engineering expertise went into the transformation, with local outfit Blackwell nearly doubling the amount of steel in the building to compensate for increased roof loads and the general lack of lateral stability caused by mezzanine cut-outs. Without doing so, the addition of the roof garden – which is central to Avling’s concept – would not have been feasible. Owner and founder of the restaurant-brewery, Max Meighen, explains: ‘I had always conceived of Avling as a brewery that was connected to farming in Ontario. The roof garden is an integral part of that concept, allowing us to grow ingredients not otherwise available, to redirect waste water from the brewery for irrigation and to engage with the wider community. It is a place where we can make concrete our beliefs and ideals about the restaurant business and wider food industry.’ 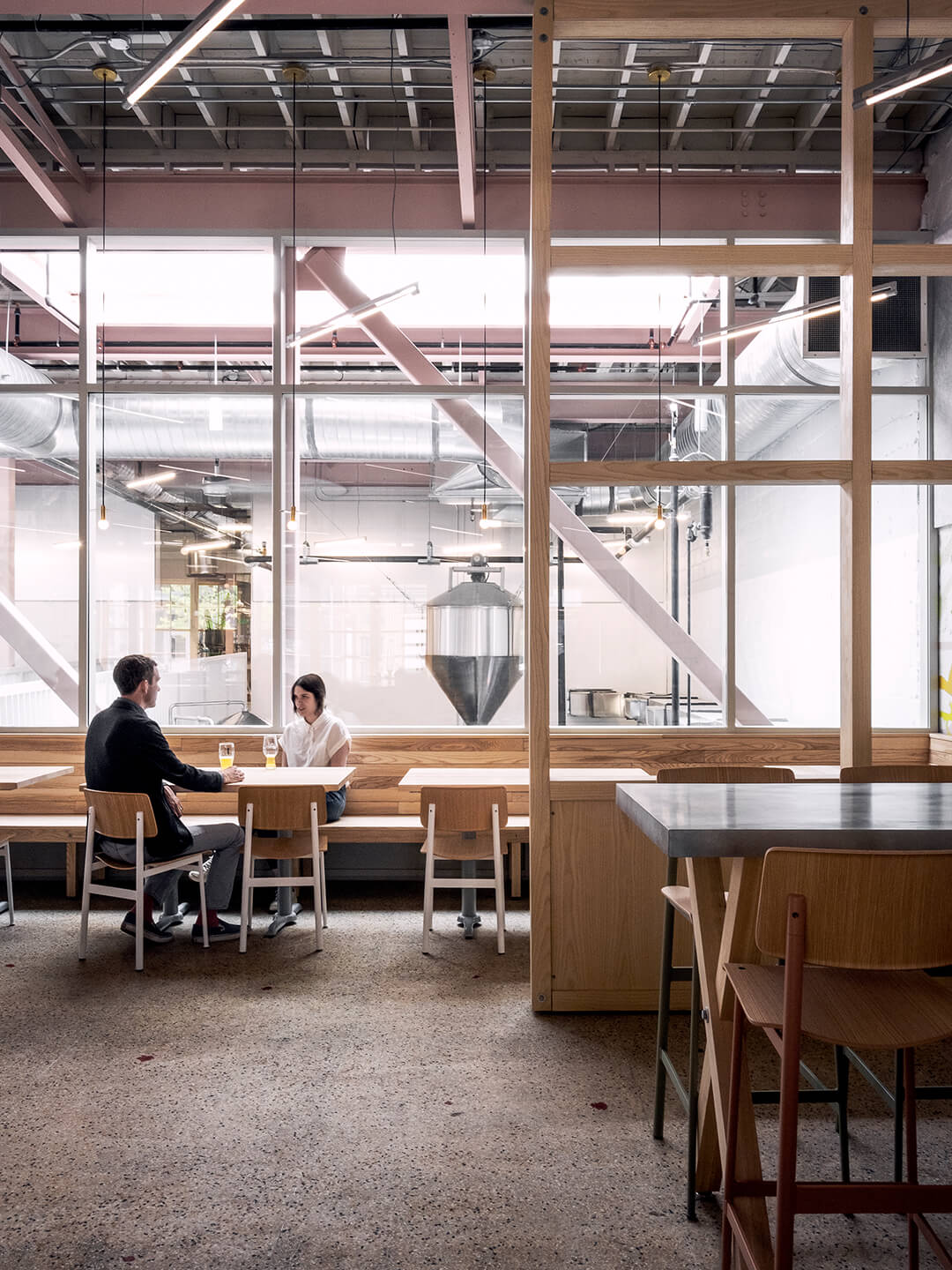 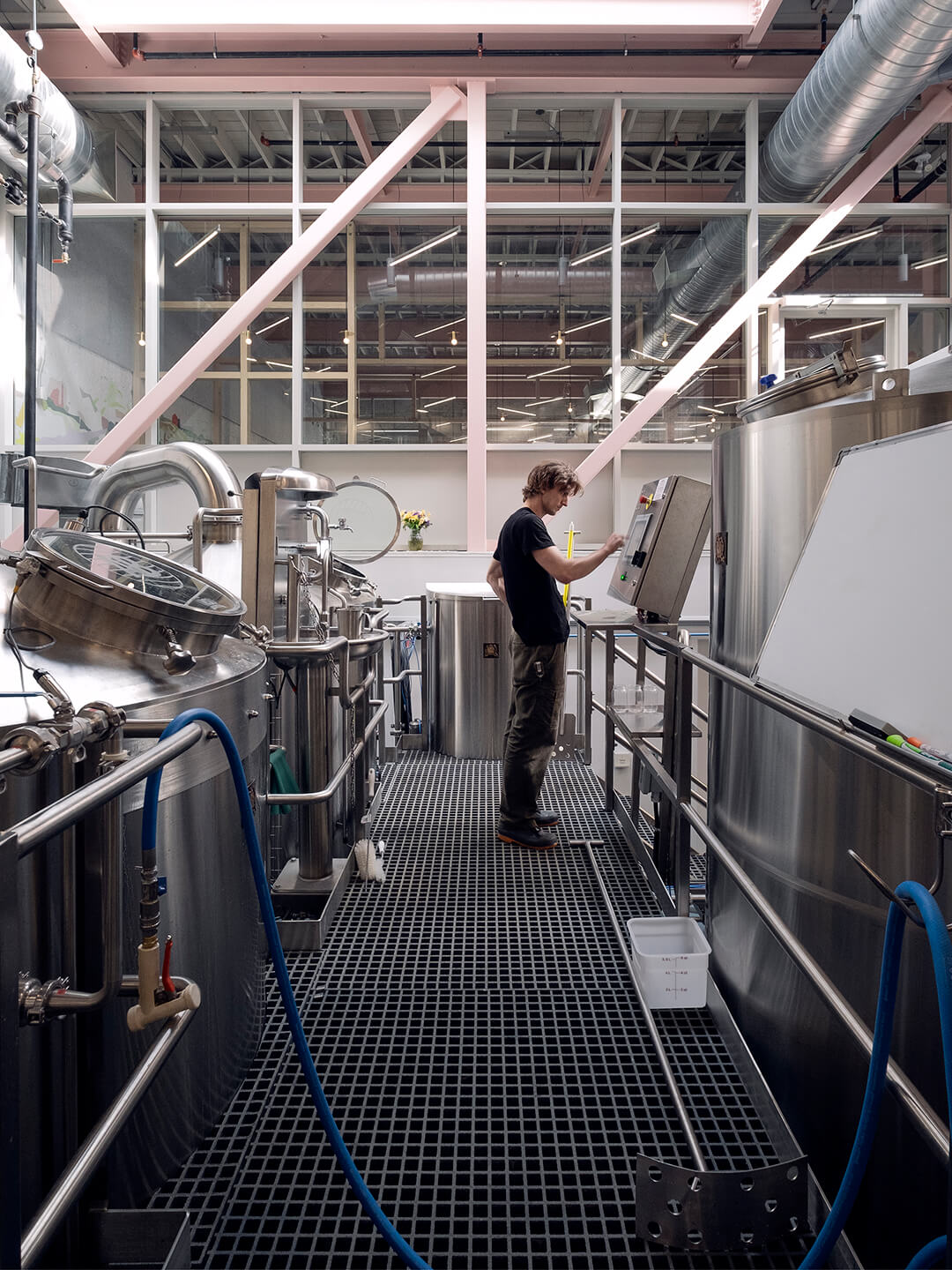 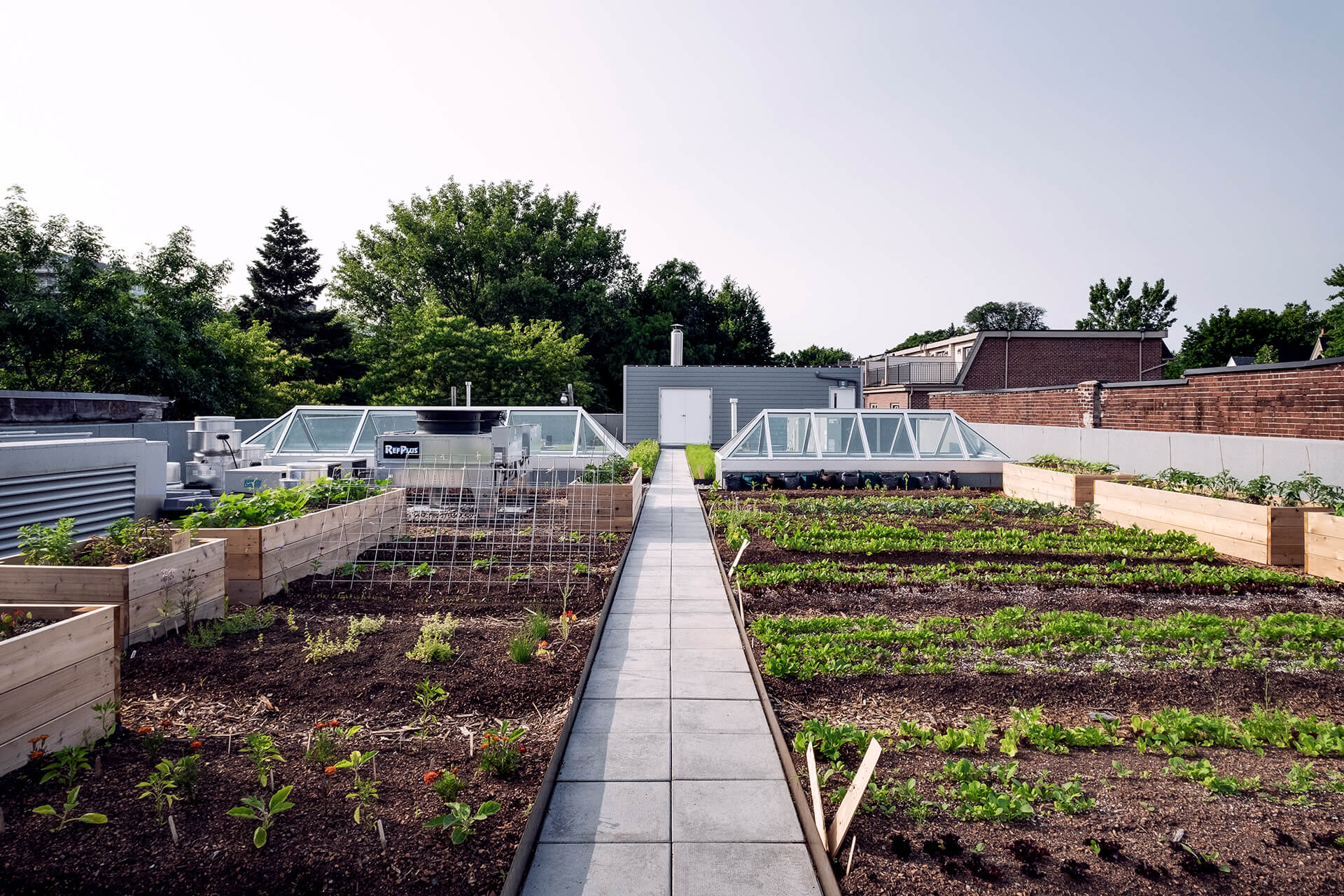 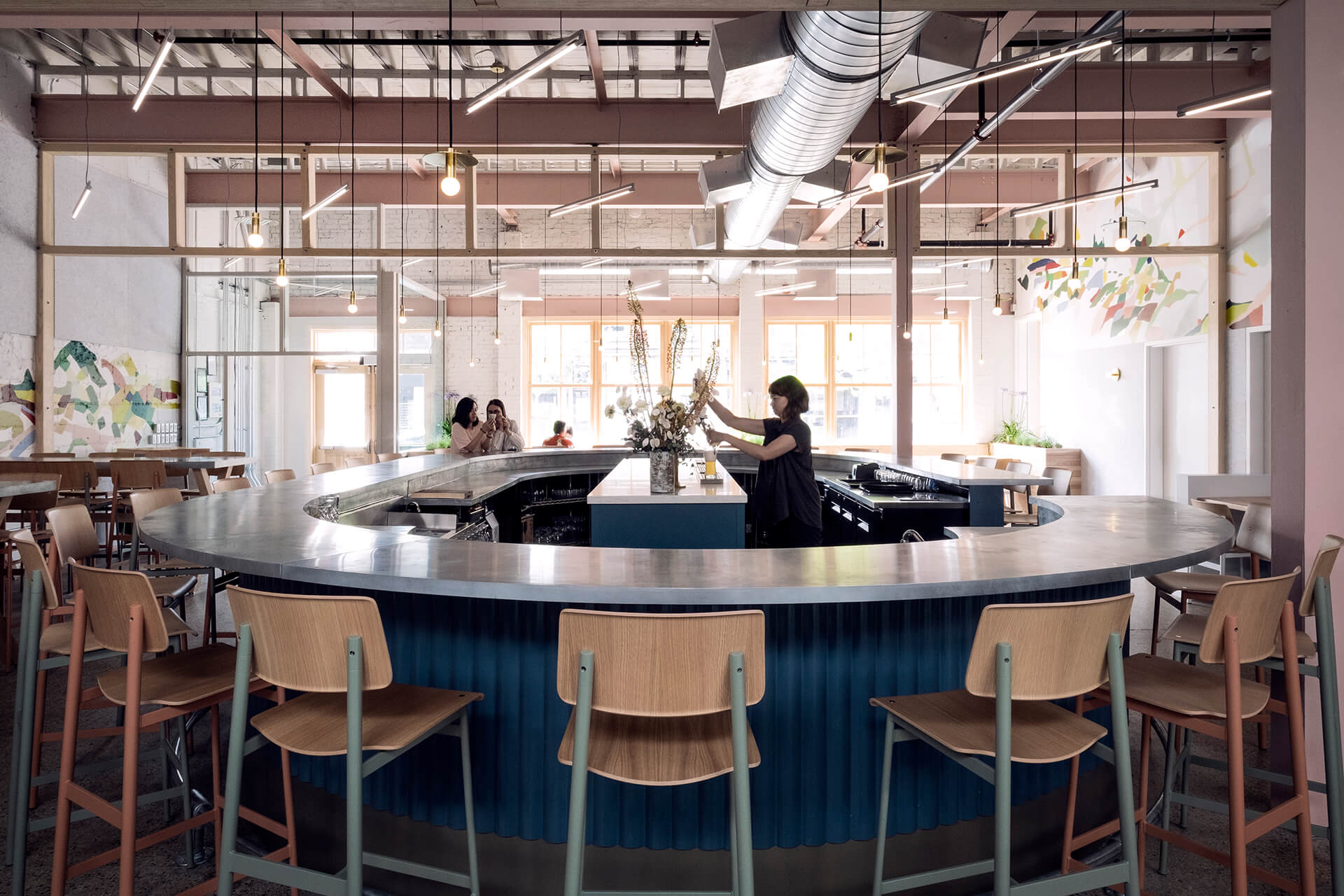 The visual language and structure of the restaurant area references those ideals. A wide mural by artist Madison van Rijn was inspired by Canadian geography and the connection between humans and the Earth. Lee and Macgillivray hoped to achieve a feeling of lightness and inclusivity with a subdued palette: the pale pink that softens steel beams overhead is the same tone found in Van Rijn’s mural.

But it’s the restaurant’s layout that most strongly alludes to the farm-centred concept, with four quadrants organized around the central bar. ‘We had worked on agricultural projects before,’ says Macgillivray. ‘What had resonated with us, especially relative to the restaurant programme, was the notion of crop rotation – having different fields and rotating the crops though them to keep the soil healthy. We thought this was a fitting analogy for how the restaurant could place different groups of users, depending on the time of day and what they wanted at that moment.’