How a designer reworked conventional stand design for his own retrospective

To commemorate his studio’s tenth year, Lee Broom was invited to create a portfolio-spanning exhibition for the 2017 Salone de Mobile. The display, entitled Time Machine, was no ordinary retrospective as the renowned British designer chose to reimagine his works in an entirely new material finish for a limited edition collection rather than displaying them in their original and iconic forms.

Set inside a disused vault at the Milano Centrale station, the stand glowed hauntingly in the form of a minimalist fairground carousel. The mechanism was a subject that had fascinated Broom since his childhood and which he often found himself sketching. In the context of the exhibit, its slow rotation offered a poetic and theatrical means of engaging with the designer’s body of work through the metaphor of a lifecycle. 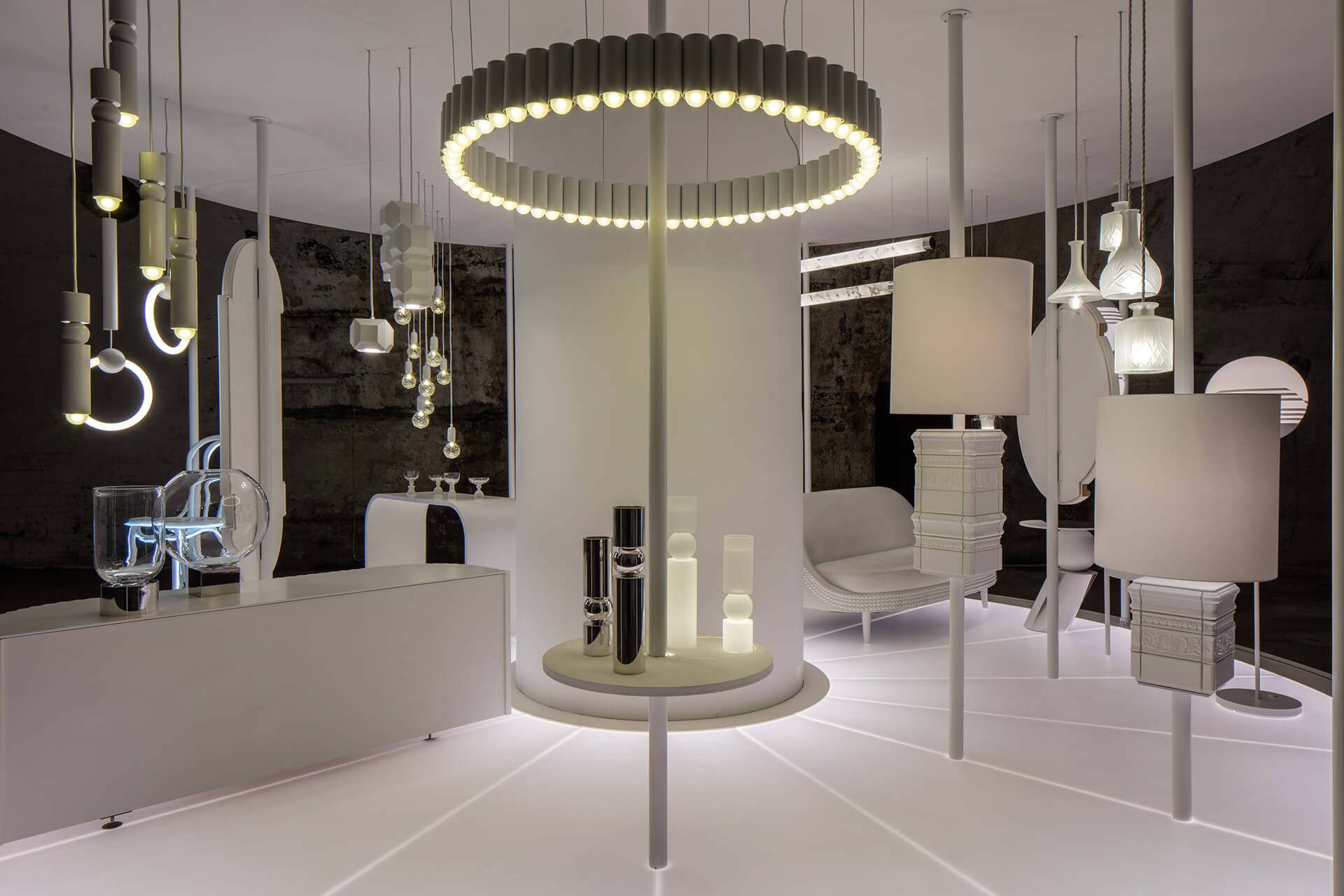 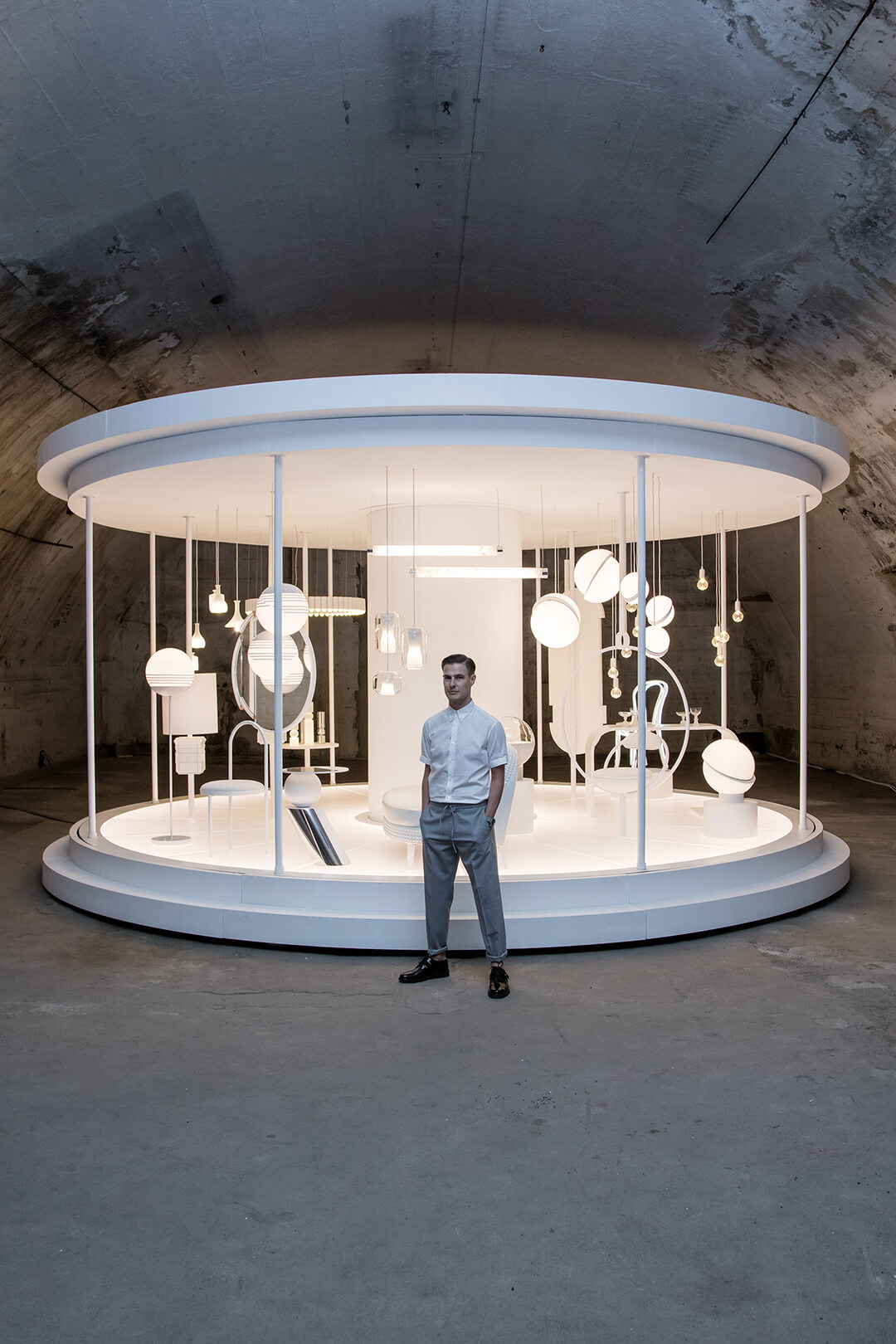 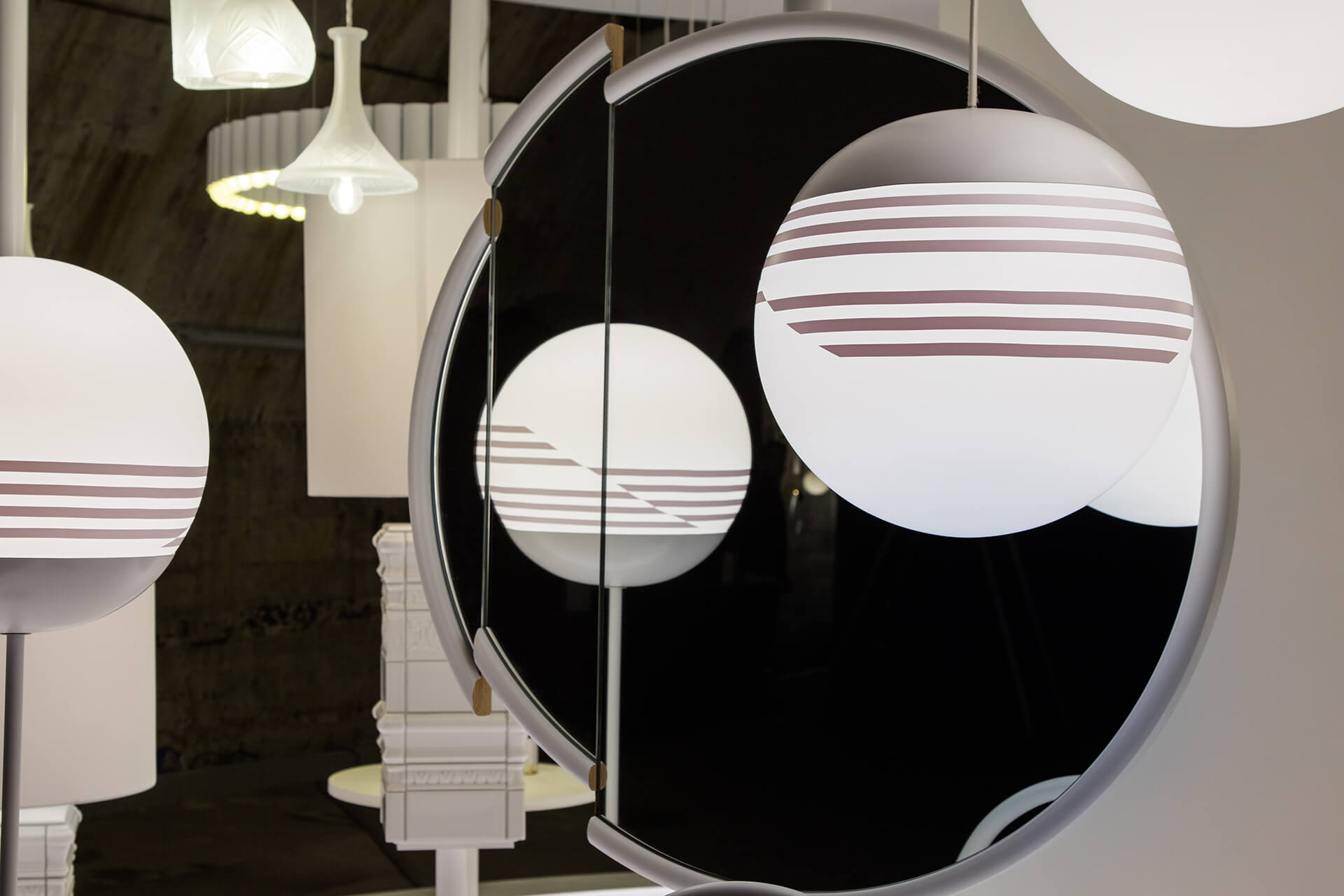 Standing at over 6-m wide and 4-m high, the carousel was built in the famous Pinewood film studios in the UK.

On the carousel’s floor, pieces from Broom’s furniture, lighting and accessories were found cast in a pristine white. Reduced to a single colour, the pieces took on a minimalist, modern semblance that emphasised their silhouette. Amongst these reinvented portfolio pieces, an elegant and monolithic grandfather clock in Carrara marble with brass pendulum, weights and hands – an exclusive design for the Time Machine collection – epitomized the spirit of the exhibition.

This piece was featured in the most recent volume of our event and trade fair stand-design series, Grand Stand 6. Get your copy here.