How does a new Chinese store stand out inside a crowded UK mall? With sound

Urban Revivo is China’s answer to Zara: a highly vertical fast fashion retailer with its eyes set far beyond its motherland. Founded in 2006, the company has more than 200 stores within China. Now, its first European outing is located in London’s Westfield, a major shopping mall in Shepherd’s Bush with more than 200 fashion retailers that go from luxury to everyday, from Aquascutum to Zara itself.

Facing cultural and aesthetic globalisation, we focused on regional and emotional symbols 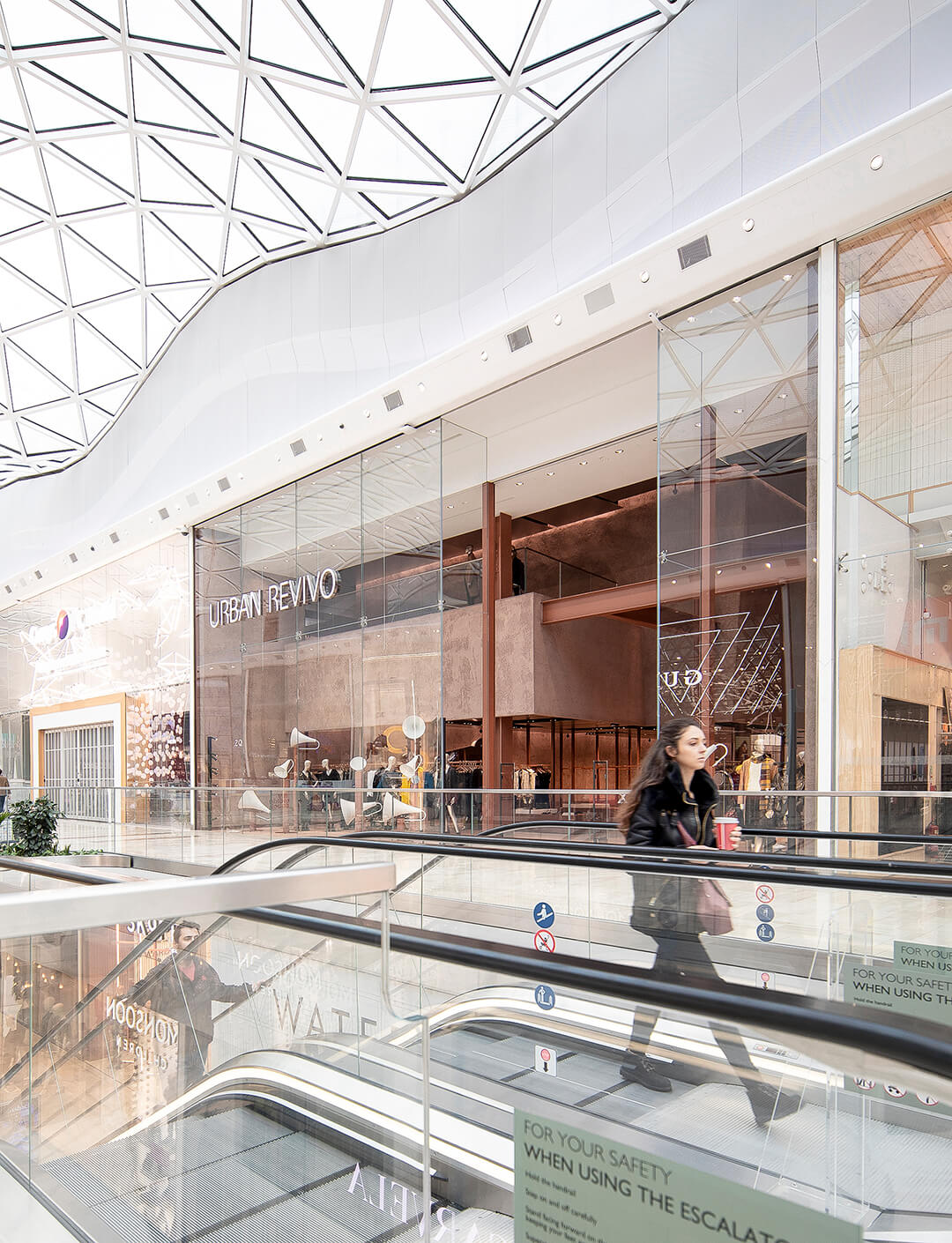 So, how does a new-to-us brand stand out in a sea of retail spaces? Instead of focusing exclusively on visual aspects, Domani Architectural Concepts figured out a way to break through the noise: the team decided used sound sculptures throughout the 2,500-sq-m shop.

The horn-shaped white speakers quickly stand out from the terracotta-coloured environment – instead of going for the more muted colours preferred by mall retailers, the earthy shade is actually a reference to red teapot porcelain, often referred to locally as purple sand. But what do they play? What are the exclusive regional and emotional symbols? They are soundbites and soundscapes not just from different regions of China, but also from places far from typical Western reach. Instead of being always active on a loop, each sculpture includes a movement sensor, in order to create a halo of personalised discovery for individual shoppers. 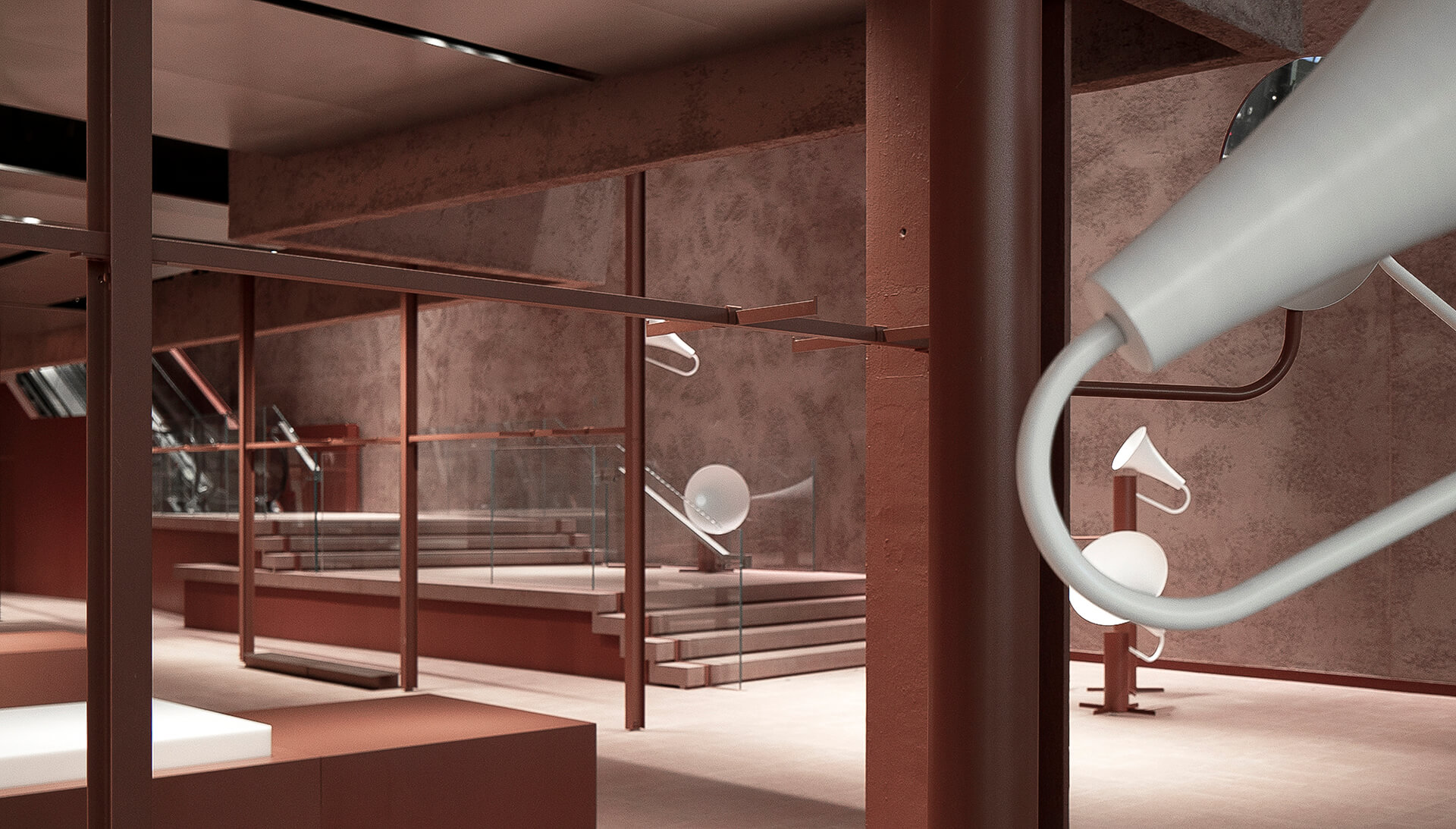 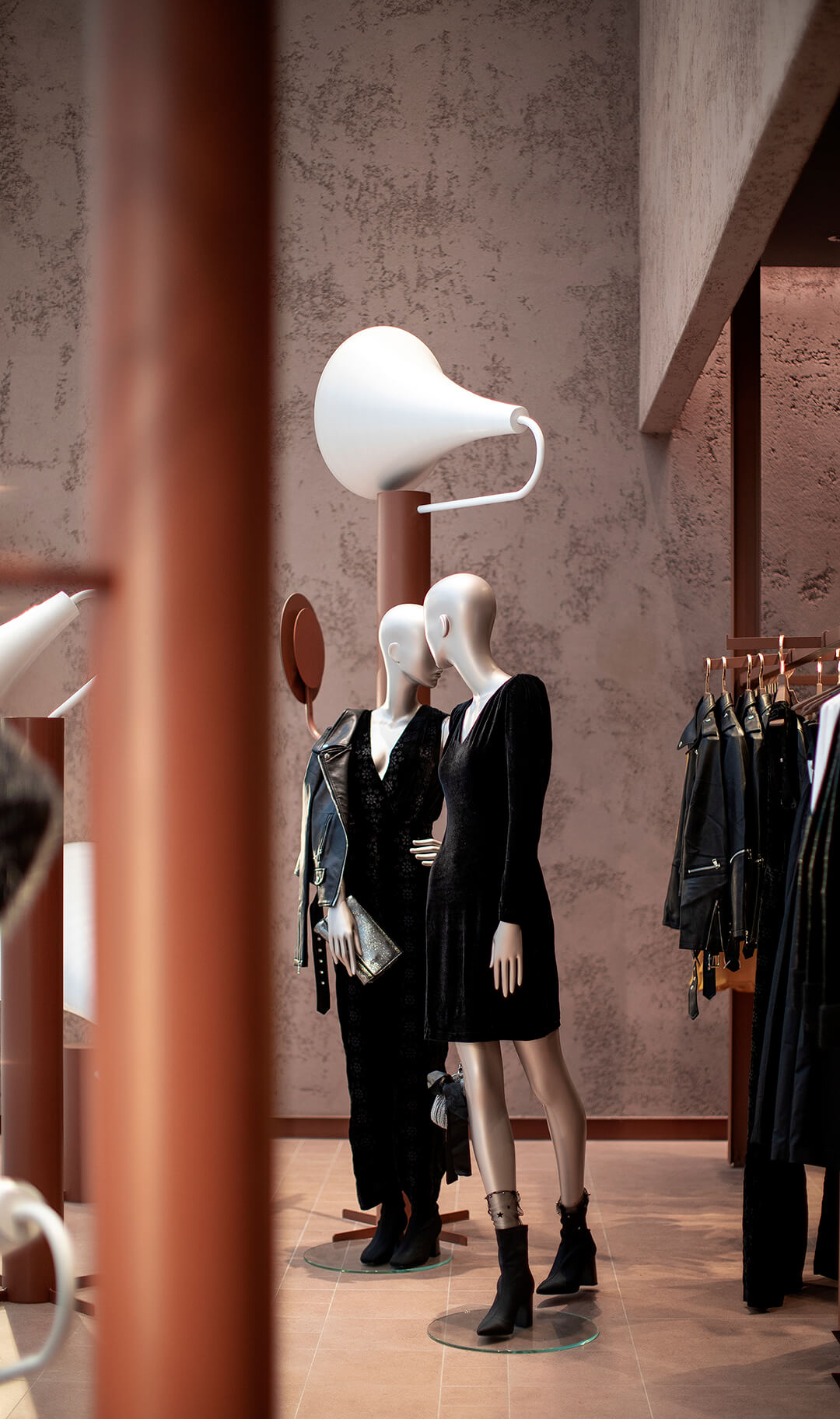 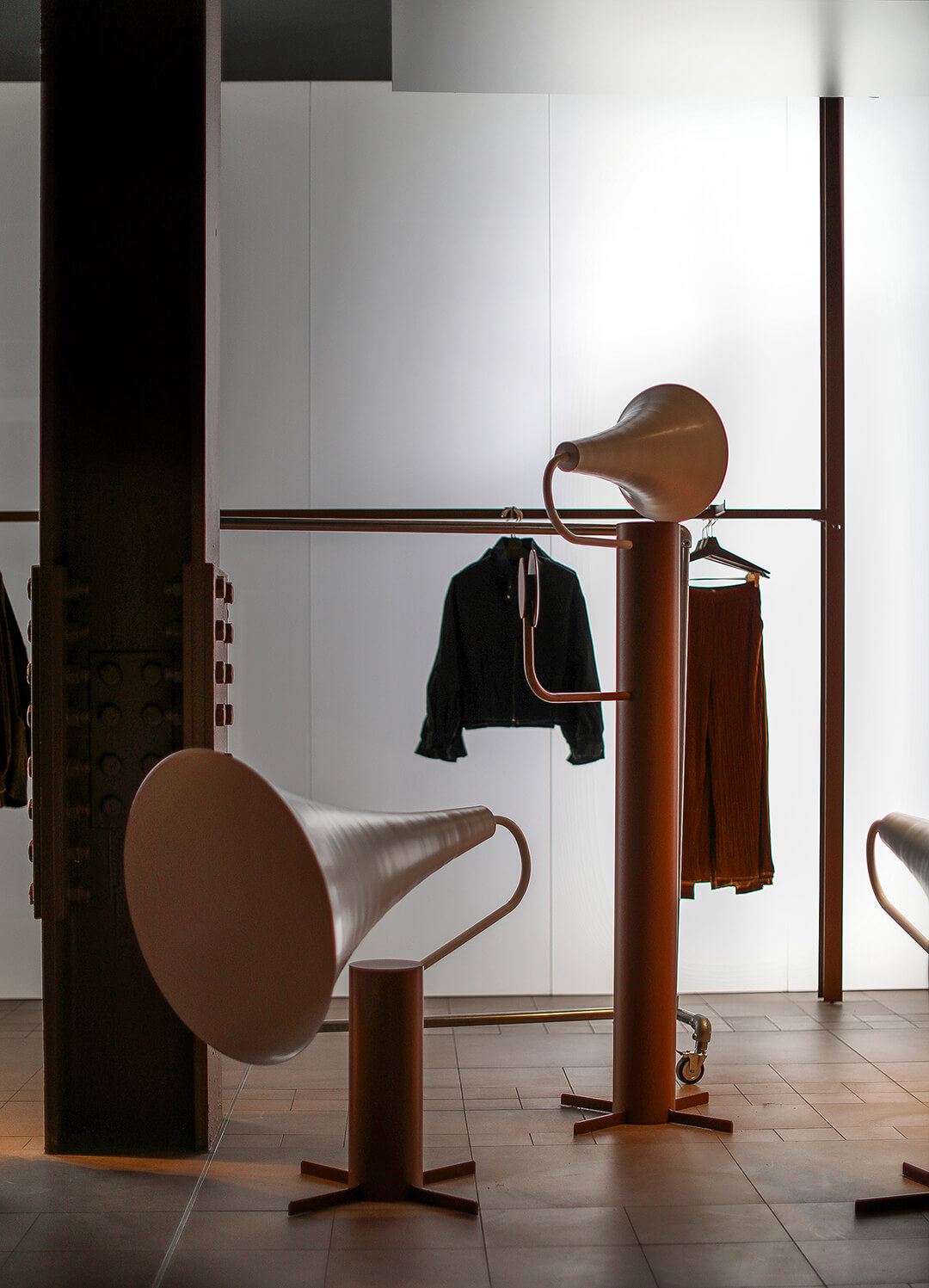 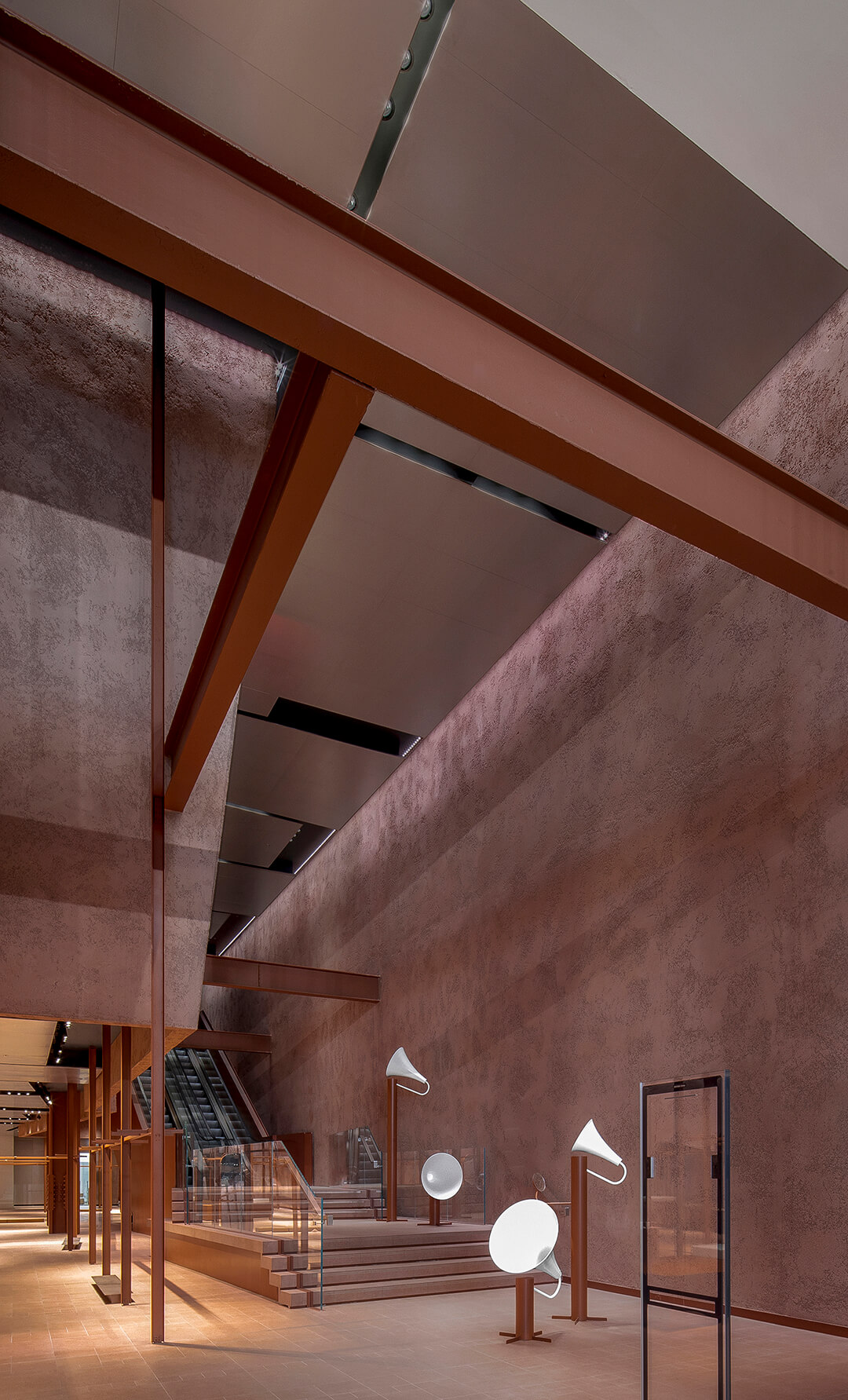 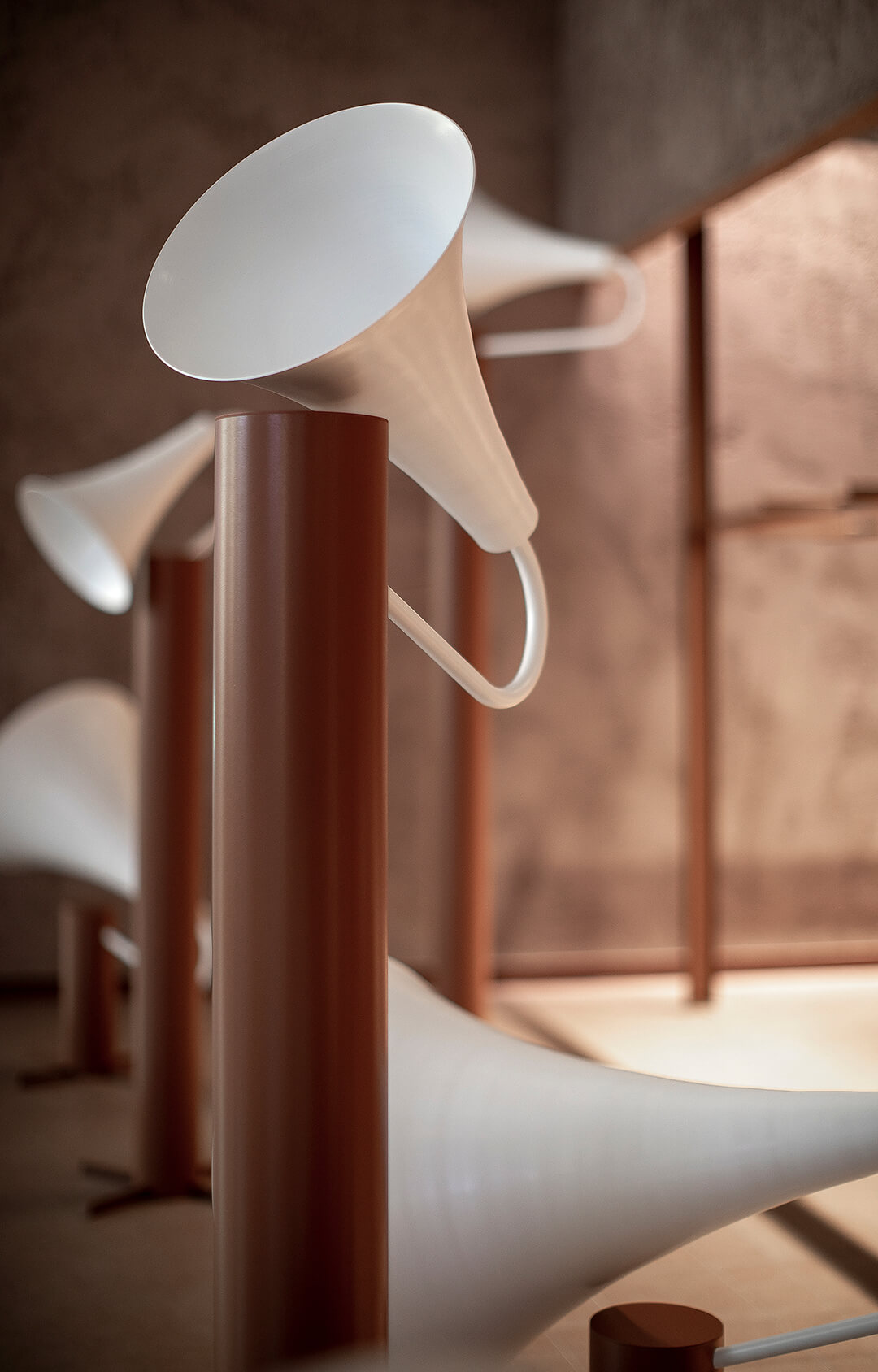 ‘There’s a reason why we linked the sensors to sound,’ explained Yu. ‘We wanted to establish a behavioral correlation between customer postures and the devices, as they point to the loss of cultural diversity that comes from following a single political logic.’

In other words: as a fast fashion Chinese retailer makes the reverse trip to Europe, it's breaking the sound barrier by highlighting the fact that there’s far more than the eye can see in the world outside.

The takeaway: In the past five years, multichannel sound installations have become the interactive and presence-based darlings of the art world. What’s more, look to the YouTube popularity of 8D Audio, also known as 3D Music – people are increasingly open to being ‘touched’ by sound in different ways. Physical retailers can thus use multichannel audio to give customers a highly personalized experience, on top of one of discovery.