‘The Native Americans that first lived in California gathered clay from the Mojave desert and Colorado river and made, and continue to make, pots with the elements they found in the earth,’ explains Los Angeles-based ceramicist Heidi Anderson. ‘I’m inspired by their use of design elements as allegory and endeavor to create my own symbolism with my totems.’

I endeavor to create my own symbolism with my totems 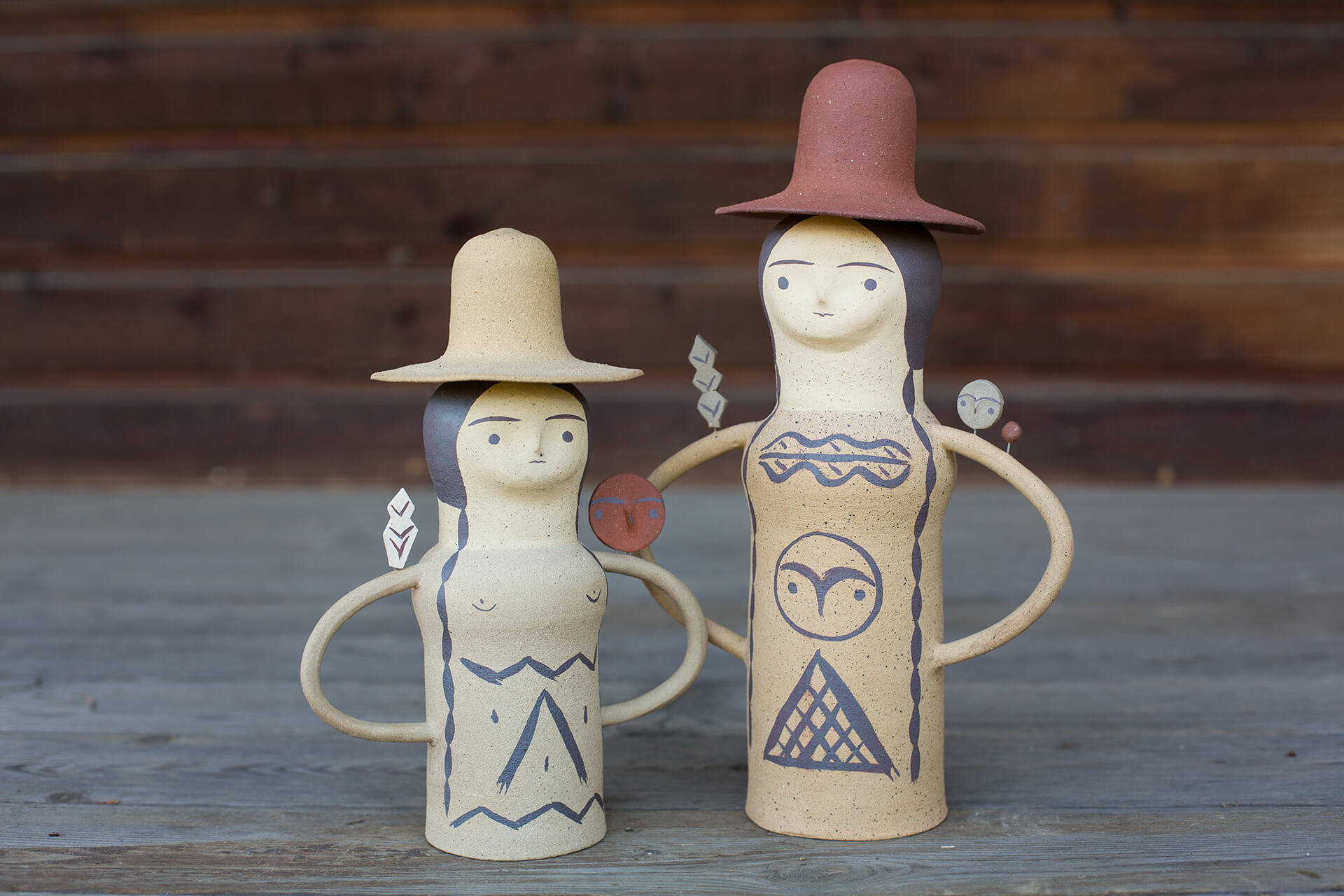 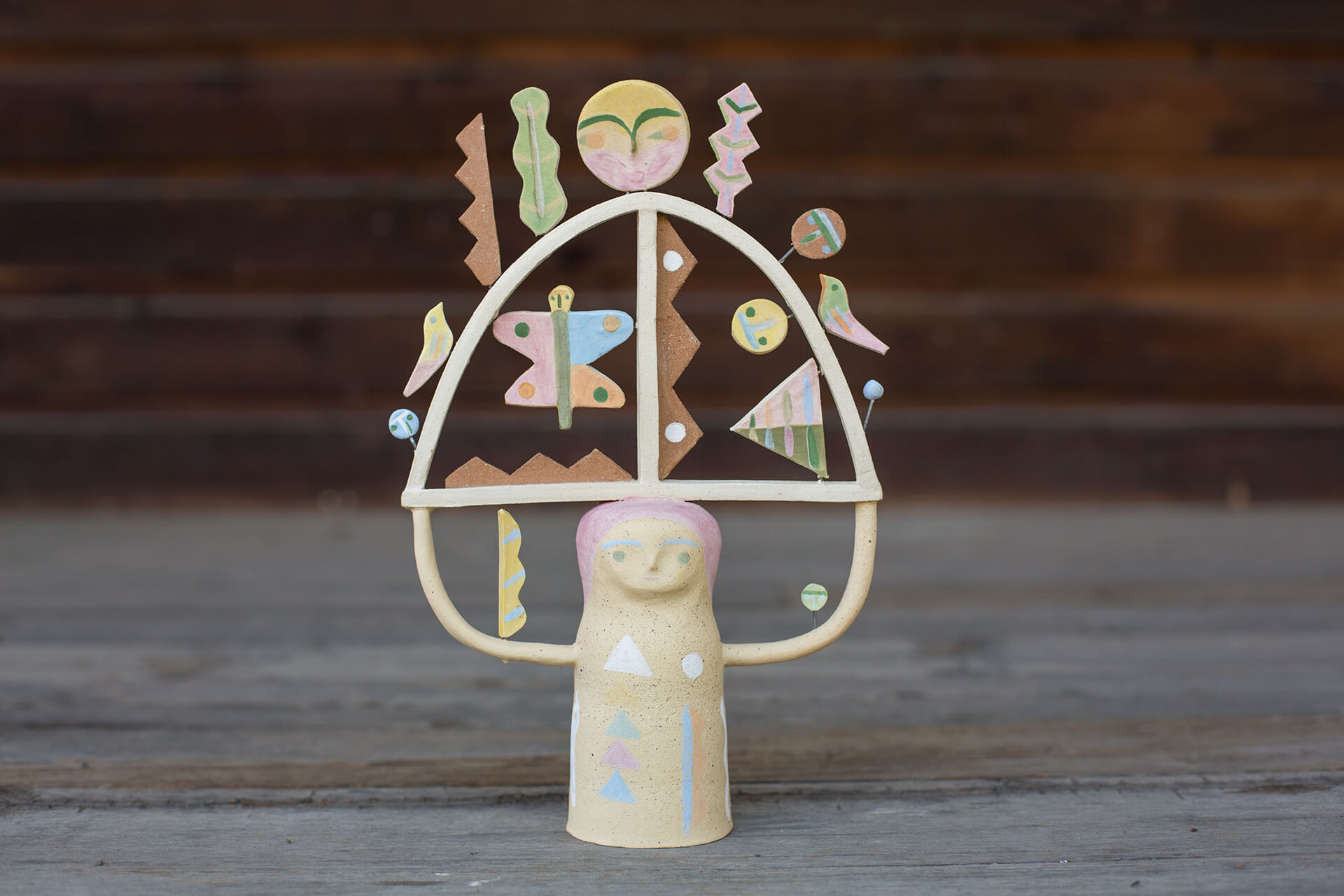 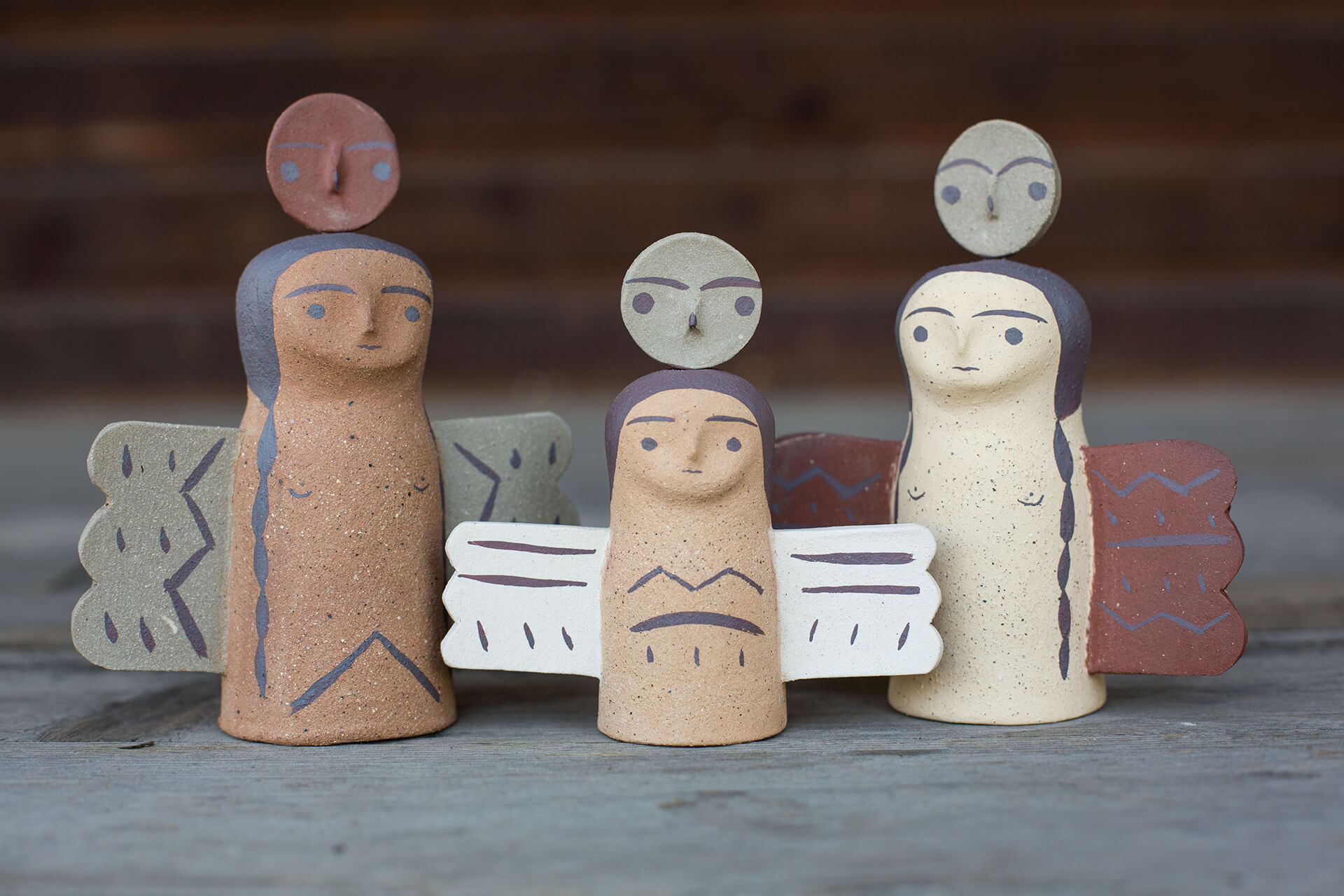 While these pots are literal displays of the landscape, her totemic figures are evocations of local folk art traditions. They are influenced by the ‘storyteller dolls’ made by the Cochiti Pueblo people native to New Mexico. While the Cochiti dolls have a smiley joviality about them (they are traditionally displayed with open mouths to indicate the stories they are telling), Anderson’s are eerie and wistful. With furrowed brows and tiny mouths, they remarkably embody the mood of the desert. ‘I like the idea of communicating some of what the desert represents: it’s a place that is surrounded in mysticism and a great nostalgia for the mysterious beauty it has,’ says Anderson.

This piece was originally featured in New Wave Clay. You can purchase a copy here.