How hospitality brands can respond to social distancing

Few sectors have been hit quite so catastrophically hard by the current pandemic as the hospitality sector. When conviviality is at the core of your offer, social distancing is an almost insurmountable problem. Now that the worst-affected economies have ordered the shutdown of pubs and restaurants, many brands and operators are in free fall.

Sales at restaurants in the US are expected to decline by $225 billion during the next three months according to the National Restaurant Association, with a projection that between 5 and 7 million workers will lose their jobs. That accounts for between a third and half of all restaurant employees. It’s a similar picture in the UK, where hospitality workers account for around 10 per cent of national employment and 5 per cent of GDP, according to UK Hospitality. Venues in London are already reporting a 47 per cent drop in year-on-year footfall.

One part of the sector that isn’t suffering is food delivery. In the US, Domino’s Pizza is looking for an extra 10,000 employees to support delivery operations. Meanwhile an increase in business – and an awareness that it needs suppliers to remain solvent – has seen food delivery platform DoorDash waiving delivery fees and offering free sign-up for 100,000 independent restaurants.

But what if you’re not a massive takeaway brand with its own logistics network, or are unwilling to give part of your already small margins and the majority of the control over customer experience (and thus brand building) to a third-party app? There are still plenty of ways restaurants, bars and F&D brands can build consumer relationships – and revenue – on their own terms. Here we round up three of the most innovative tactics we’ve seen thus far. 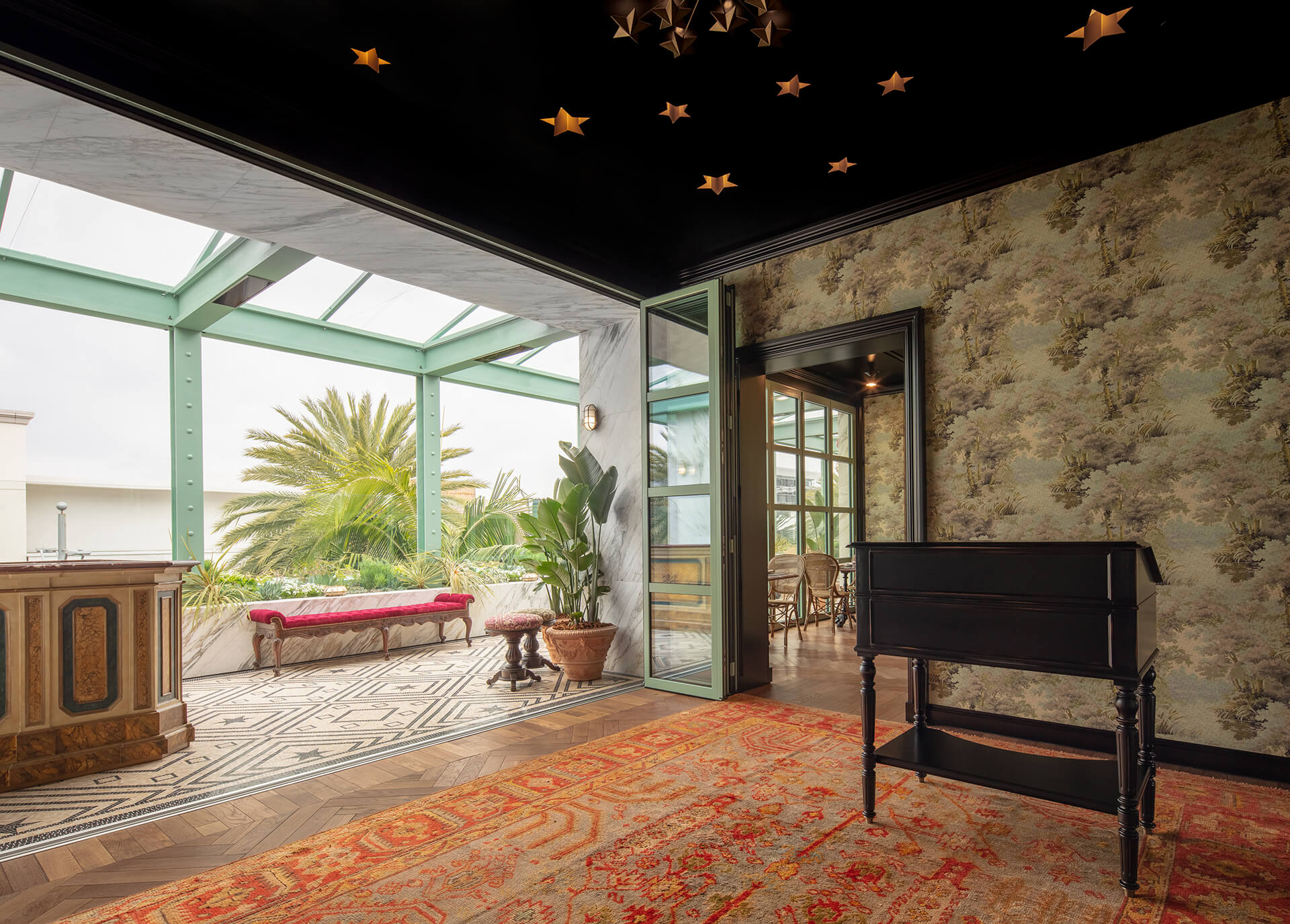 MOVE FROM PLATE TO SCREEN

For businesses that manage to weather the coming months, it’s vital that they still have a customer base ready to book tables once doors reopen. One way to stay top of mind is to let customers enjoy your food vicariously, and perhaps learn something along the way. ‘As we shelter in place, seeking solace, normalcy, and comfort food, media-savvy chefs are hellbent on serving it to us via podcasts, social media, and streaming channels,’ explains Forbes columnist Jennifer Leigh Parker. ‘Their common cause: Order take-out! Try one of my recipes! Or, better yet, just watch me cook something so sensational that you relate to me on a deep human level and choose to patron my restaurants as soon as we reopen.’

Food and social media are far from strangers (more like co-dependents). But hospitality brands that have never previously felt the need have a developed content strategy are being forced to reassess the situation, while those that did are racing to understand how they can use it to build even deeper connections.

As head of a Michelin three-star restaurant, Italian chef Massimo Bottura likely didn’t see a platform like Instagram as central to his success [note: Bottura is the chef behind two Gucci Osterias, one in Florence and another in Beverly Hills]. Indeed limiting access to such spaces is central to their allure. Now that that space is totally inaccessible, however, he’s broadcasting a regular Kitchen Quarantine show explaining some of his signature dishes on his account, followed by an open Q&A session. London bakery Bread Ahead is taking a similar approach, streaming live baking classes on its Instagram page. These had previously cost up to £90 per person when delivered on site.

Mexican fast-casual outlet Chipotle already has an enviable social presence and delivery strategy, but needs to stay competitive as other mass operators move online. To maintain relevance they’ve started organizing Chipotle Together sessions on videoconferencing site Zoom and social channels like Instagram. Featuring a roster of celebrities and musicians, these streams aren't just about providing entertainment to distanced customers, but also driving sales, with time-limited codes for free entrées being revealed during the broadcast. 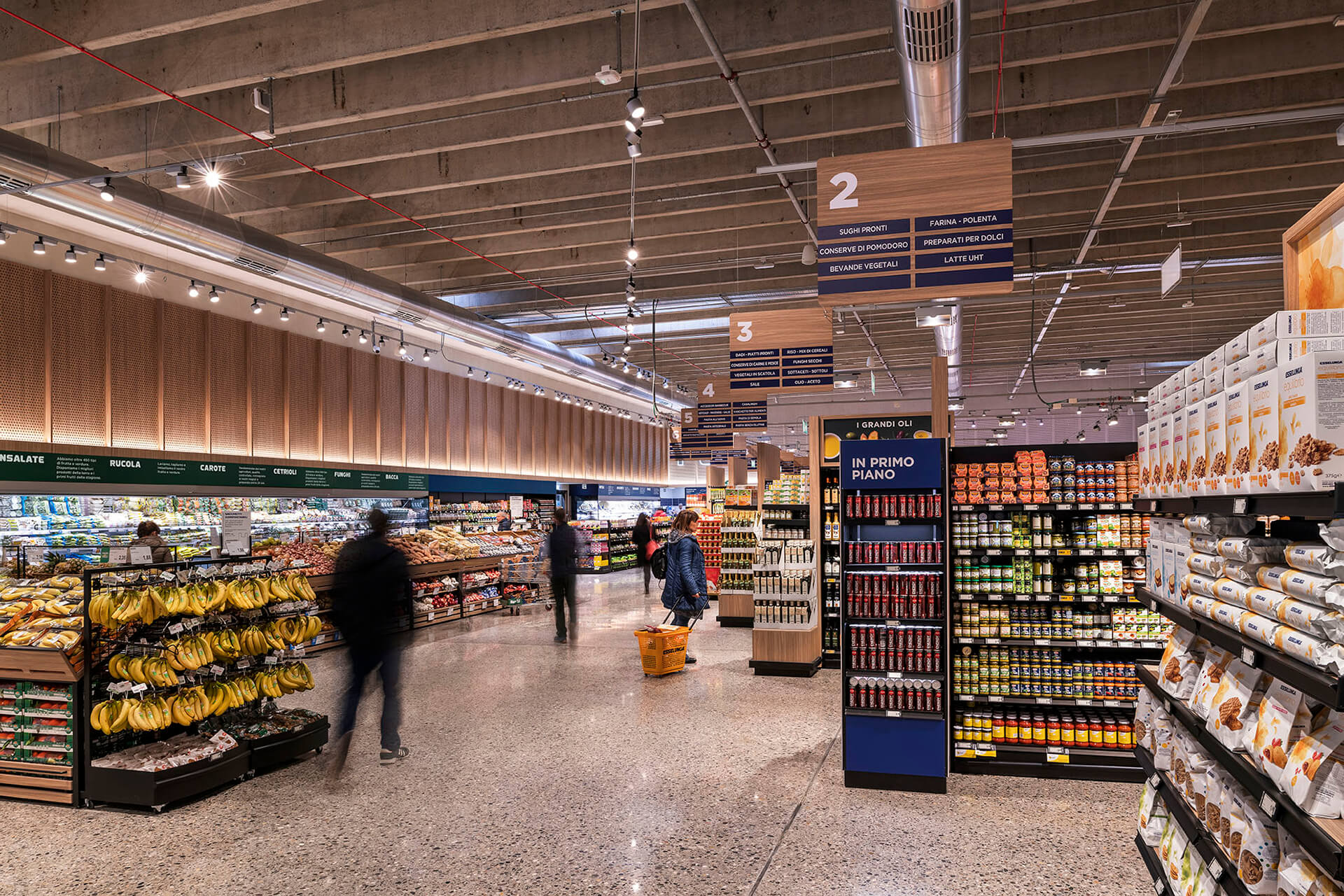 Whilst restaurants are under-utilized, grocery stores are struggling to keep up with demand, with widespread panic-buying of many household staples. Some venues are therefore pivoting from dining to retail, transforming their premises into ad hoc bodegas that can provide an outlet for their unused stock whilst helping take pressure off other points in the food distribution system.

Healthy fast-food chain Leon is turning its 65 UK restaurants into shops. Its box meals will now be pre-prepared in take-home plastic pouches arrayed in refrigeration units, while visitors will also be able to pick up sauces, meats and other foods.

‘Right now you have struggling restaurants and their staff ready to provide food to customers on the one hand, and on the other, supermarkets with empty shelves,’ explains Leon founder and CEO John Vincent. ‘The balance isn’t right. Not for customers, not for people facing job losses and not for businesses.’

Detroit bakery Sister Pie has also switched to a grocery model, offering grab-and-go items like kale salad and buckwheat cookies alongside staples like flour, eggs, milk, and yogurt. Las Vegas restaurant the Stove is also offering basics like eggs, milk, beans, spices, and even toilet paper. ‘The current scenes at local grocery stores may be too stressful for seniors to endure, and buying in bulk may not be feasible for individuals, so we wanted to offer an alternative,’ says chef and co-owner Nunez. 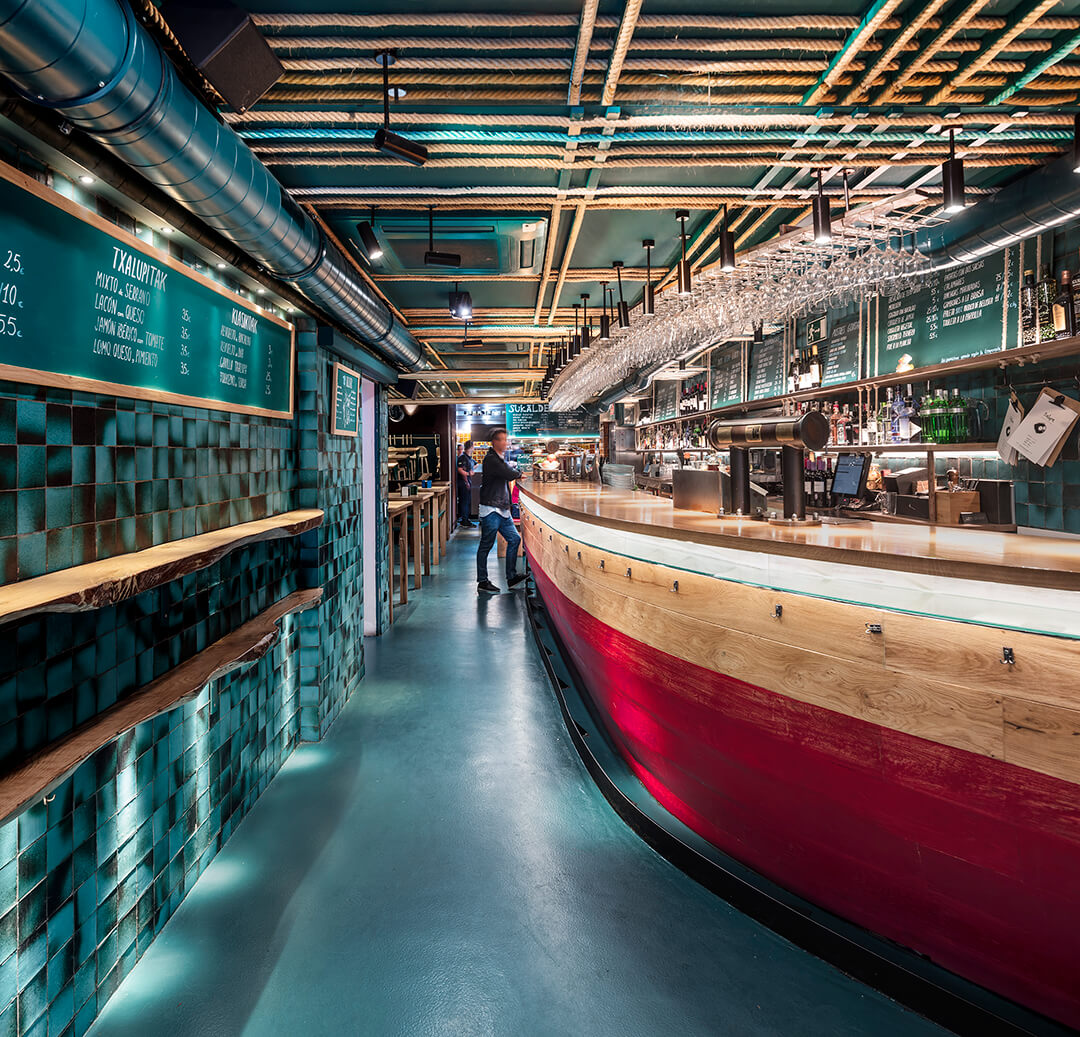 For pubs, bars and alcohol brands reacting to the current crisis is a little harder. Food is an essential, but drinking is a luxury. Add in the fact that many at the premium end of the market like to take great care over exactly how their products are consumed and it becomes clear that simply jumping on one of the established delivery platforms isn’t going to be sufficient.

Instead, some brands are offering curated ‘self-isolation kits’ that guide how and when their products should be consumed. Rum brand The Duppy Share has launched Home Rum kit in collaboration with mixer maker Fever Tree. The package includes a 20 cl bottle of the spirit, two bottles of ginger beer and two bespoke cups. The offer is positioned as something to accompany a night in spent watching a classic movie. Meanwhile craft brewery Signature has developed a kit that it hopes will bring the joy of visiting your local craft pub into the home. The Pub in a Box includes a section of core beers, glasses, beer mats, a vinyl record, a pub quiz, a playlist and bar snacks.

Other innovators are going a step further, using technology to make sure they can actually be part of the drinking ritual as if customers were on premises. Central London wine bar Quality Wines is offering virtual tasting sessions, with customers invited to drop by to pick up tasting sets and then log on to Instagram Live that same evening to watch the proprietors guide them through each glass. This combination of physical samples and digital community is also being adopted by a Melbourne-based whiskey festival, now rebranded as The Virtual Whiskey Show. Ticket holders for the canceled live event will each receive a flight of 10ml whisky samples. A combination of live streams and an app-based forum will allow experts and ‘visitors’ to then compare notes.

With the recent rise of the #virtualhappyhour, which has seen groups of friends raising a glass via video conference, and initiatives like DJ D-Nice’s Instagram Live Club Quarantine streams – party goers have included Michelle Obama, Naomi Campbell, and Usher – there looks to be a lot of potential in combining alcohol delivery and dedicated virtual events.

One early adopter is Chinese ecommerce platform JD.com. The brand has launched a virtual nightclub that will host weekly online parties for those in self-isolation. Each three-hour show will be facilitated by musicians and DJs from record label Taihe Music. Crucially, JD is also working with drinks makers such as Rémy Martin, Carlsberg and Pernod Ricard to deliver alcoholic beverages in tandem with the events.

'By combining online shopping experience and entertainment, JD not only provides customers a new way to shop, but also drives sales for liquor brands which are impacted by the shutdown of offline channels,' says JD spokesperson Rachel Liu. 'During one of the live shows, sales of imported liquor from a single partner brand increased 70 per cent, and sales of its whiskey products increased eight times compared with the same period on the day before.'

To stay up to date on design-industry happenings during this time, sign up for our newsletter here.