Based in Copenhagen, Alastair Philip Wiper was working as a graphic designer and part-time photographer when he experienced a total pivot in his creative life. Discovering the work of late photographers Wolfgang Sievers and Maurice Broomfield, he explains, was ‘a light-bulb moment’. With their cameras, Sievers and Broomfield unveiled a world largely unseen by the wider public: 20th-century big industry. A subject matter Wiper had previously taken to be ‘corporate or boring’ had suddenly became revelatory in his eyes. ‘I saw what an amazing life I would have travelling around the world visiting these awe-inspiring facilities,’ he says, ‘and from that moment I just went 100 per cent after the goal and didn’t look back. It worked out, and led me to places I wouldn’t have dreamed of.’

Fast forward, and Wiper has captured enough of the facilities – production sites for likes of Kvadrat, Bang & Olufsen and Adidas – to compile an entire book’s worth of them, titled Unintended Beauty [for purchase here]. His images are immersive, at times startling, and they engage the viewer in a poignant way, provoking new understandings of space and our relationship to them. During the project, Wiper learned how ‘humans can build the most weird and mind-boggling machines and infrastructures to solve their problems and supply for the needs of other humans’. And he believes that Unintended Beauty in its finished state affirms the value of ‘form follows function’: ‘We seem, as humans, to be intuitively attracted to things that function well and that alone holds a certain aesthetic of its own. From a design point of view, I see this project as a reinforcement of that principle, and a glimpse inside the kind of places that most people just never get to see.’

Preceding an upcoming exhibition at Bordeaux’s Musée des Arts Décoratifs – which will showcase a large-format selection of images from Unintended Beauty – we had a chat with Wiper about his work. 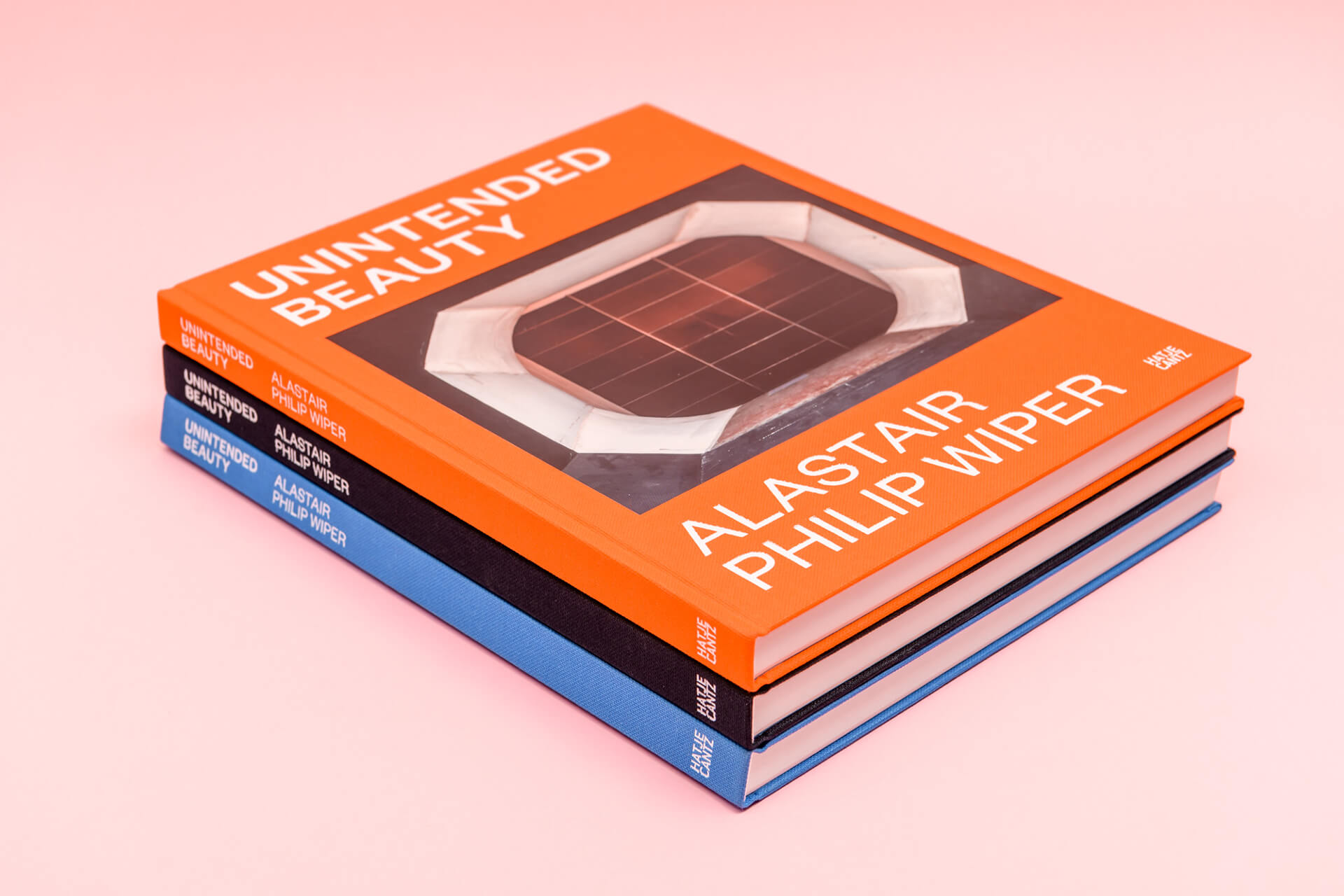 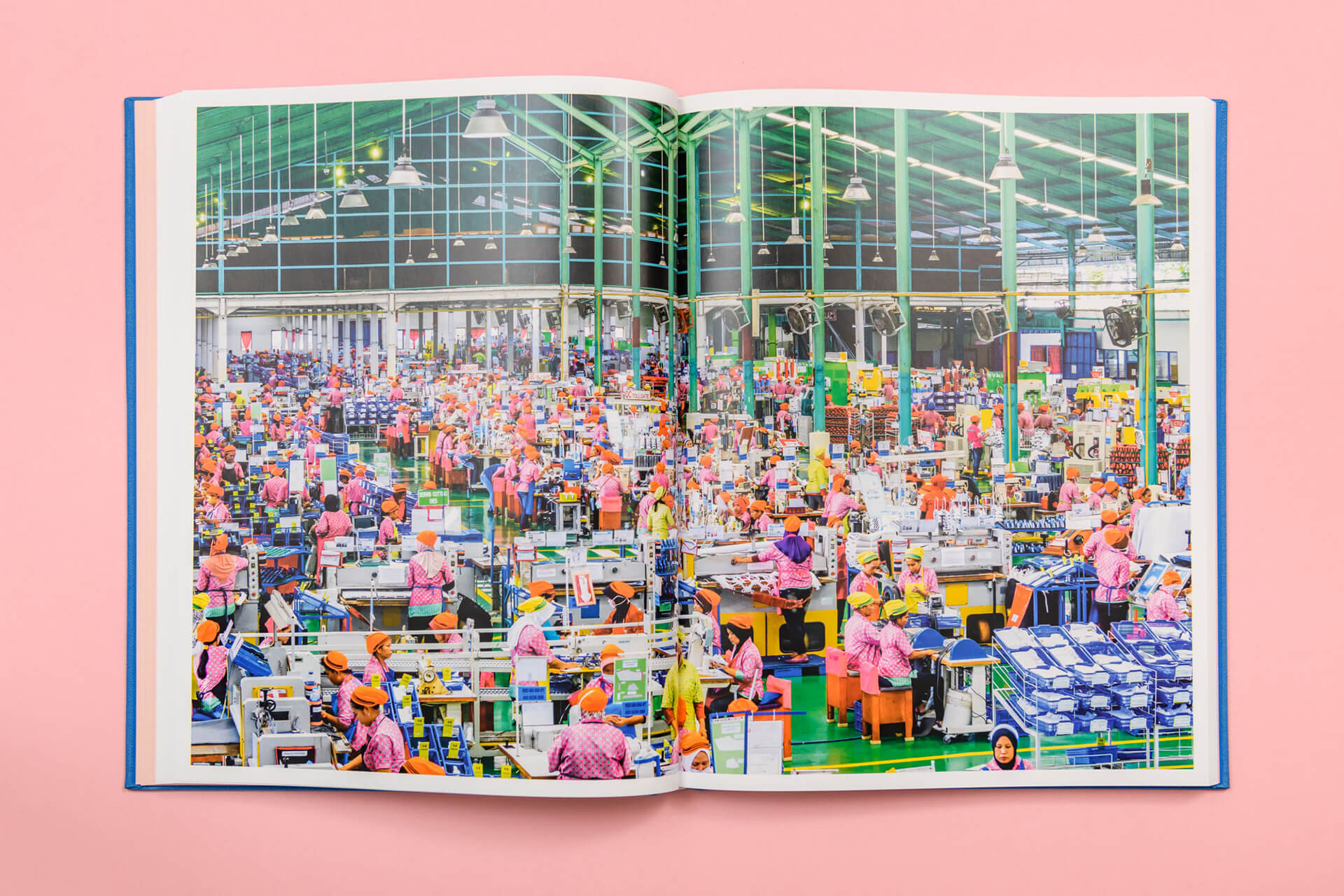 I have two main sources of inspiration – one is the news, where I can find out about new laboratories, factories and scientific things that are happening, and the other is by looking at what is around me and wondering where it came from. I like the contrast between high-end science, like what is happening at CERN, and the mundane, like a sausage factory. To an outsider like me, these facilities inhabit the same world and are both fascinating man-made structures and infrastructures. One tries answer our questions about the universe and where we come from, and the other provides for our everyday needs and desires. For me, both places say a lot about what it means to be human.

When it comes to photographing the facilities, it is very instinctive

When it comes to photographing the facilities, it is very instinctive. I start by looking at shapes and colours, the graphical elements that are the basis of the picture. Then I look for the content – what is the picture showing, and what does it have to do with what is happening there? I love taking shots of tangles of pipes and wires, but in general I don’t want the images to be too abstract. I also want them to be able to tell a story – there should be a few different layers to an image. If I’m lucky I can see what I want straight away, sometimes I have to work a little harder for the shot and look at things from another angle, which can be equally as rewarding. But I generally find that the easy shots are the best ones. 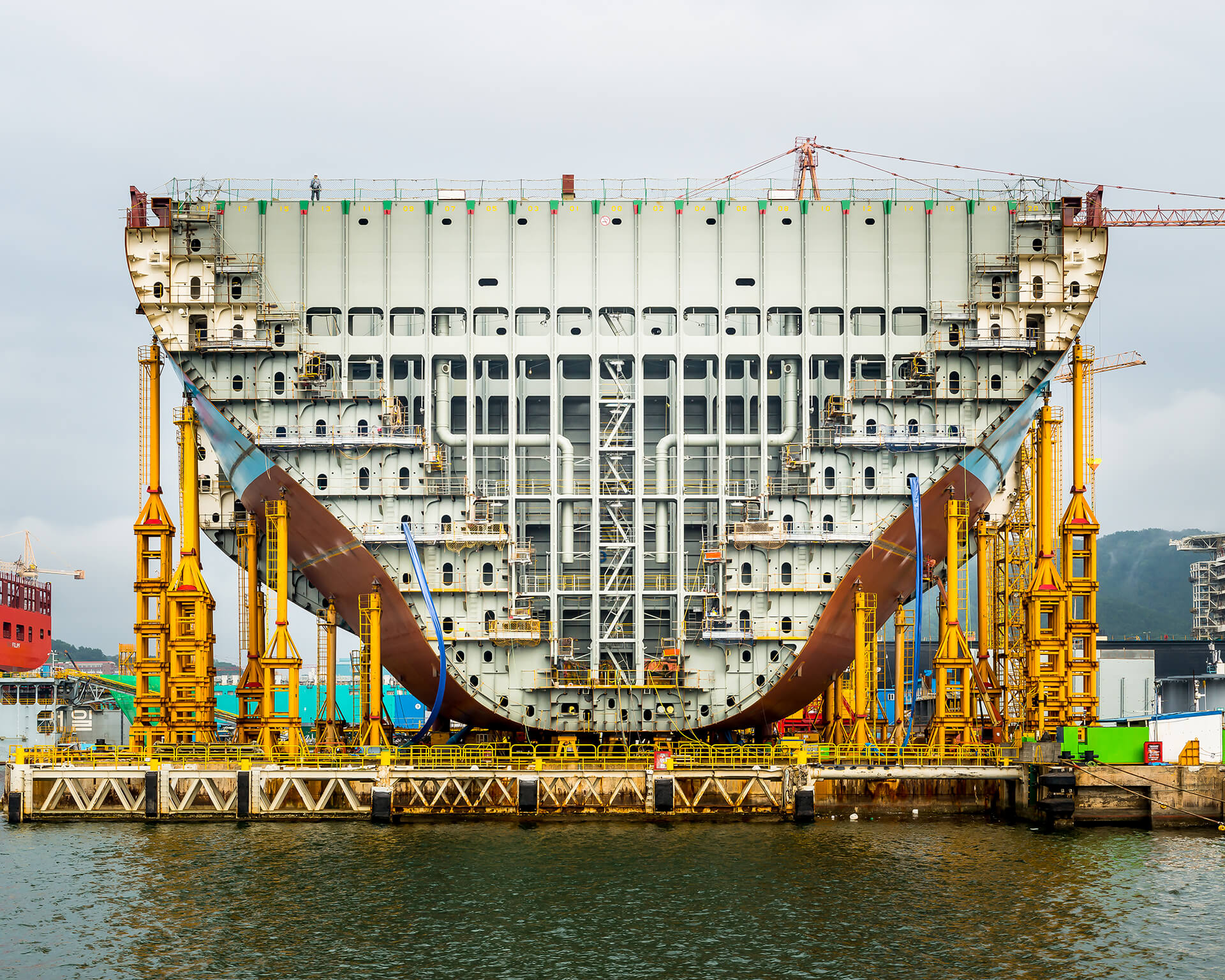 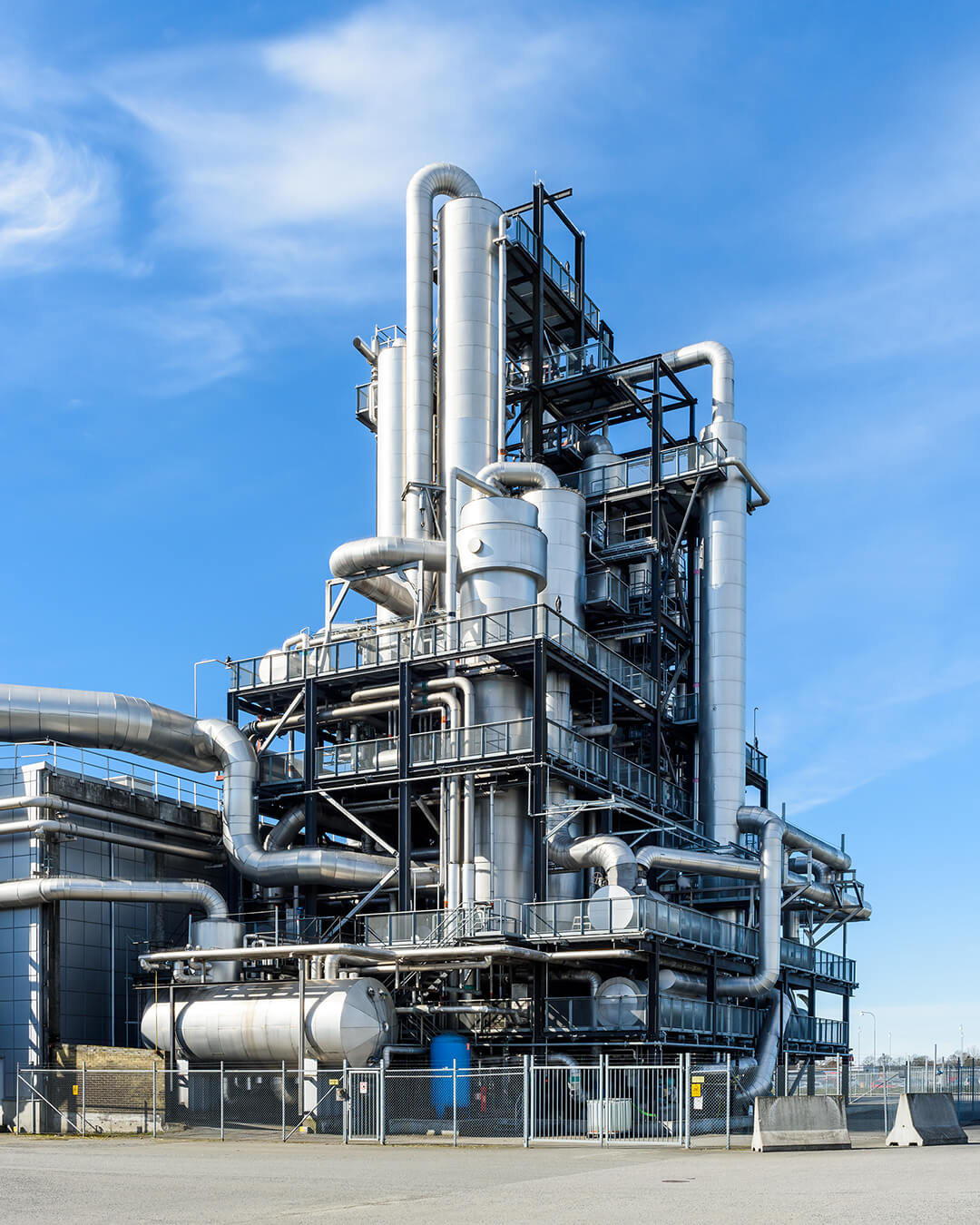 Your images challenge people to think about their own consumption patterns and behaviours. Do you think that this message will be received differently now, after the COVID-19 crisis – and its intersection with the climate crisis – has brought our actions and their relationship to industry into a totally new light? If so, how?

My own way of looking at these facilities has been constantly evolving as I have been making this work. My main goal when I started – as it is now – is to celebrate human achievement, to stand in awe of the facilities in the project – but it has been impossible for other factors not to become important as I have moved along. We live in a very confusing world when it comes to the right way to consume – we are quite rightly being constantly warned about the impact of our consumption on the planet – but when it comes to figuring out what the right thing to do about that, how to move on and what is the right personal consumption decision to make, it is very tricky. We can’t all just stop consuming, we can’t just close all the factories and power stations – it would be like an apocalypse. My feeling is that a combination of more efficient technology, reduced consumption, better education and above all intelligent regulation is the way forward. But whether that will be enough, and whether it will happen in time seems to be up in the air at the moment.

We can’t all just stop consuming, we can’t just close all the factories and power stations – it would be like an apocalypse

I think the COVID-19 crisis has given everyone pause for thought, and people seem to like the idea of giving the world a break – but they also want their life back the way it was and as soon as it can be, I think they will rush back to the way things were. In the best case scenario I think they might think a bit more about if they really need that extra pair of shoes or that steak, but that is a long, slow process and it won’t go far without responsible governments making real change. 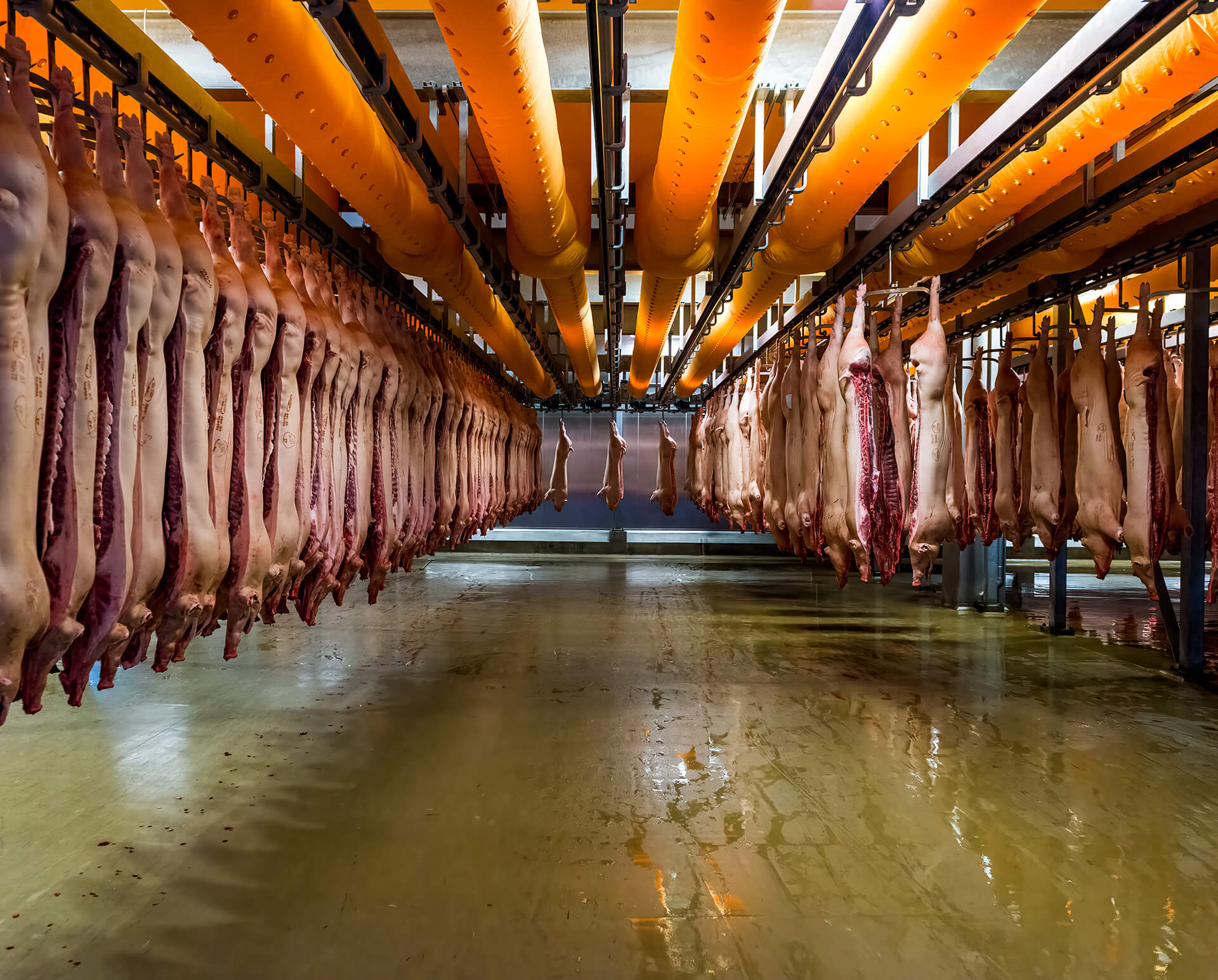 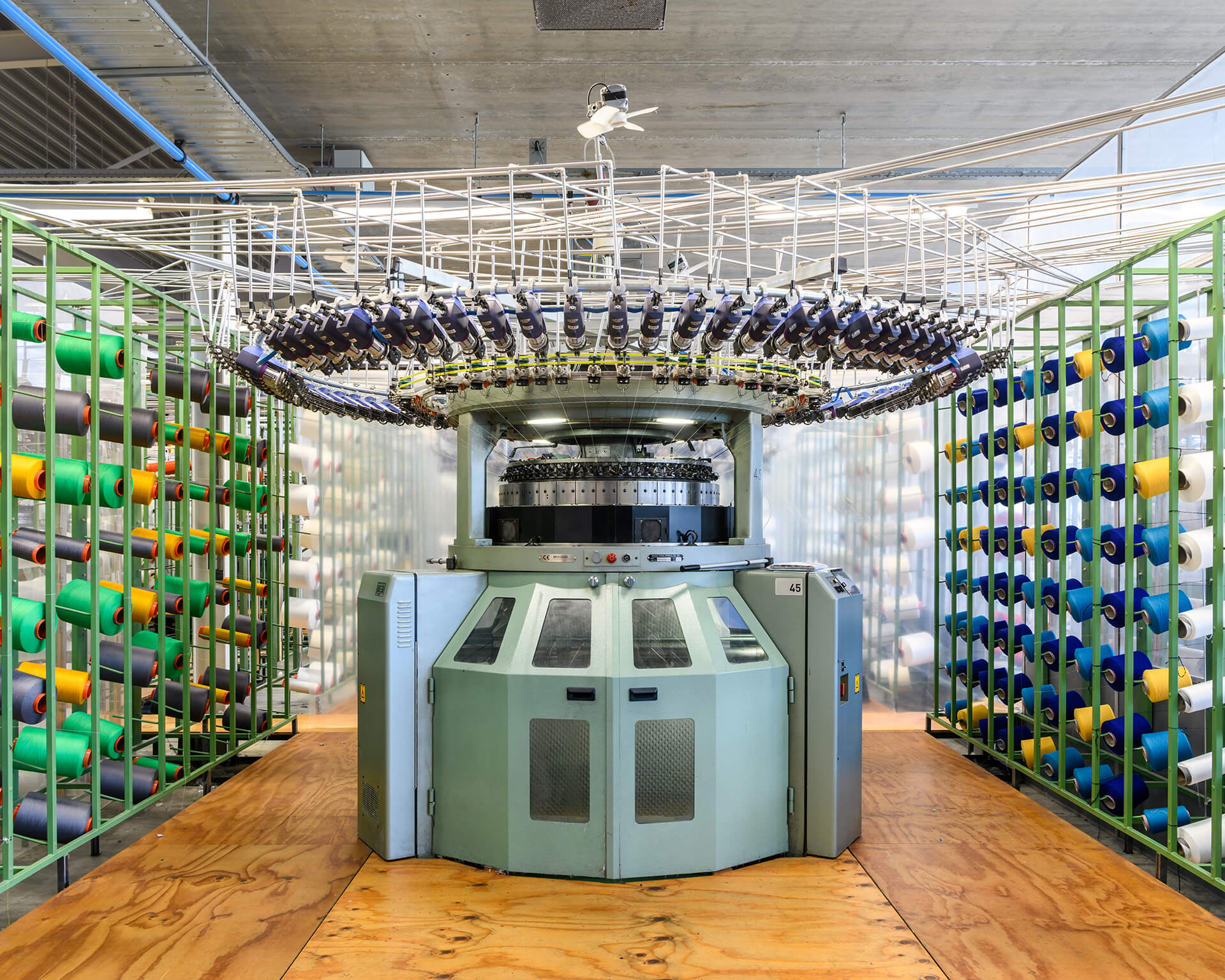 Without a doubt this world will look different in 50 years, but perhaps not as different as you might expect

Have you thought about what people will think about our society – and these kinds of spaces – when they see this book 50 or 100 years from now? Looking through it I wonder that myself, what their takeaways will be.

Actually these facilities have quite long life spans, so the large-scale industrial world, as seen from a distance, changes quite slowly. The oil refineries in the images I was drawn to by Wolfgang Sievers and Maurice Broomfield – taken more than 60 years ago – probably look quite similar to the untrained eye to one that was built yesterday. I don’t see a huge difference in the content of a lot of their images to the ones I take today, except the haircuts and clothes. You have to look closely to see the technology changing. Even though it is changing very rapidly, the larger scale facilities look surprisingly similar – the difference is in the details. Visually, it is more of an evolution than a revolution. I still go into factories where 60-year-old German and Japanese knitting machines and bookbinding machines are being used, because they are built so well and they just work. Without a doubt this world will look different in 50 years, but perhaps not as different as you might expect.

Unintended Beauty will be on show at MADD in Bordeaux from 20 June to 1 October 2020. Wiper will be in conversation on IGTV with MADD director Constance Rubini tonight, 18 June 2020, at 18.00 CEST. Tune in here.