The stage design surrounding the new performance, Autobiography, combines unique lighting and a vertically mobile structure to set the mood for the expressive dance. Redefining the opening and closing of a stage, a filigree aluminium ceiling can be used to vertically expand or compress the space for the performance choreographed by Wayne McGregor. 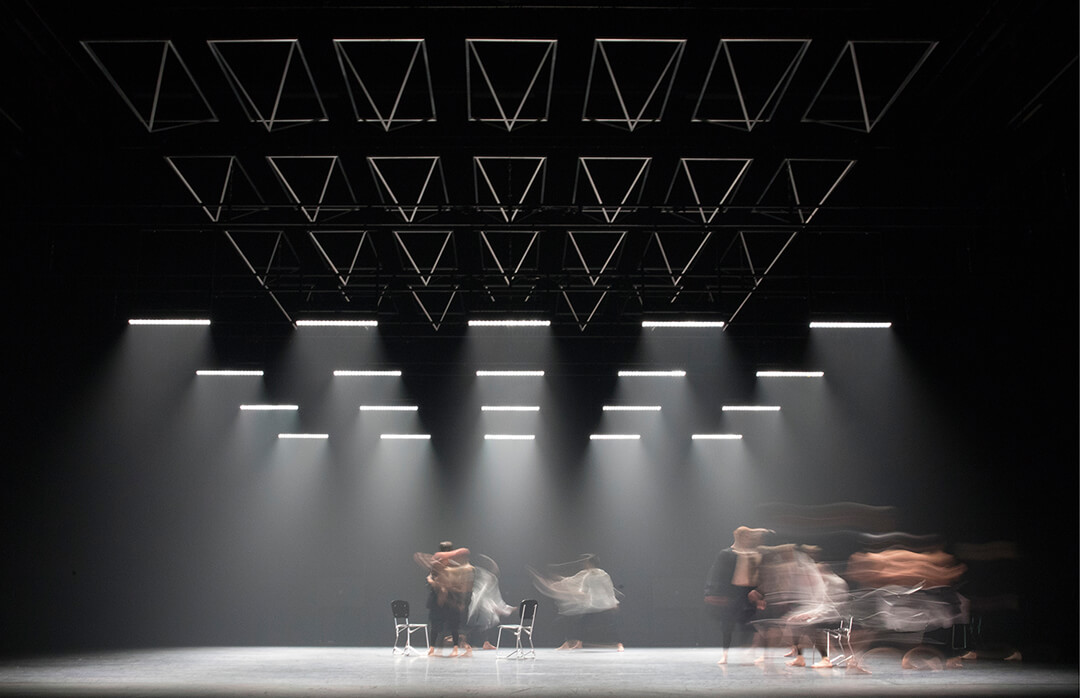 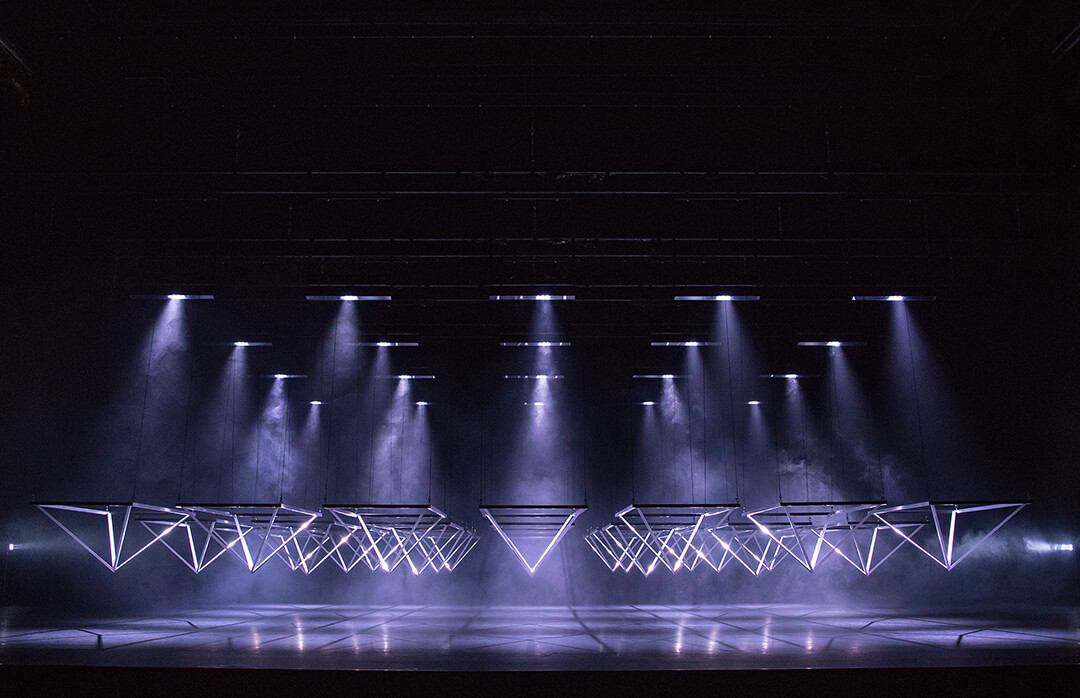 Designer Ben Cullen Williams developed the concept with the same building blocks that inspired McGregor, who explores human movement in reference to advancements of science which now allow humans to sequence and comprehend our own DNA. The repeating geometric volumes created by an aluminium frame reference the scientific code of life - particularly through its ability to be disassembled and easily transported to international venues.

Linear light fixtures appear in a similar pattern, together composing the ceiling of the performance area and defining the volume in which the dance may fill. Bright lights on the back wall behind the dancers distort the perception of space in a delightful illusion that places dancers in a seemingly infinite context. 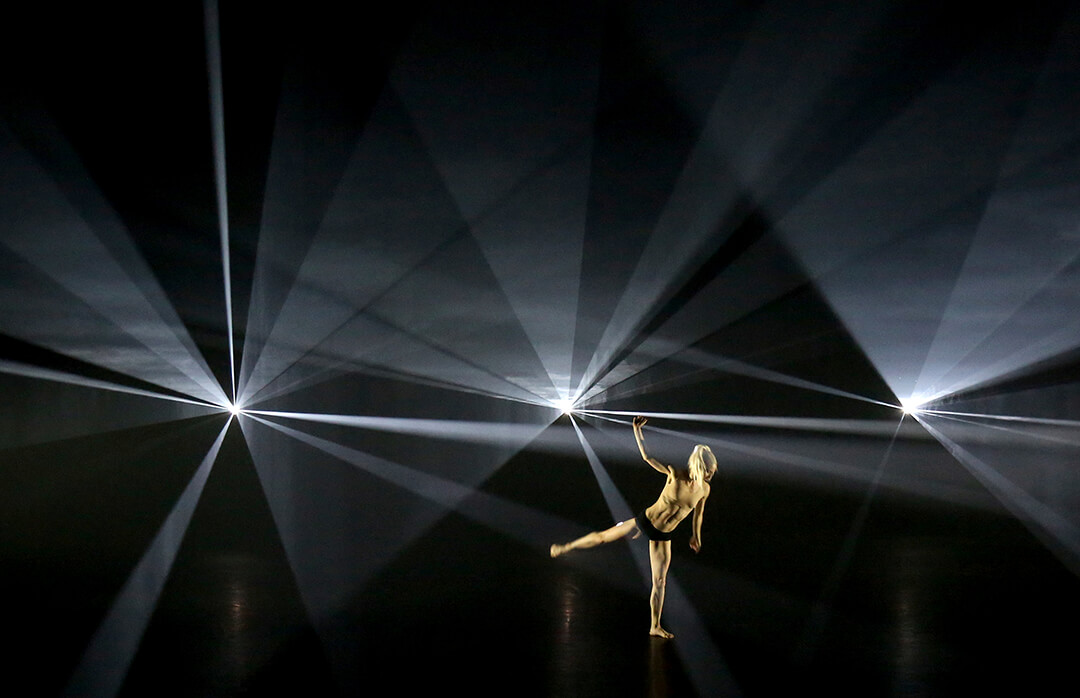 Meanwhile, lighting designer Lucy Carter illuminates the stage in different hues to enhance and define particular sections, allowing for various configurations that can be rapidly altered. Carter is an award-winning lighting designer and a long-standing creative collaborator of McGregor's. 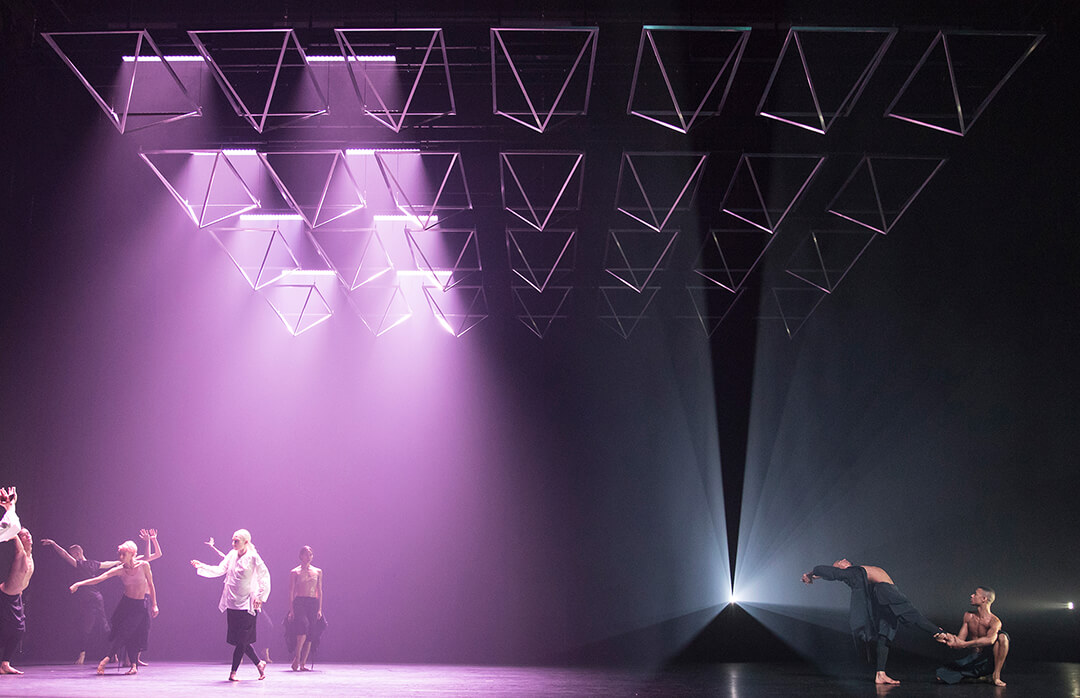 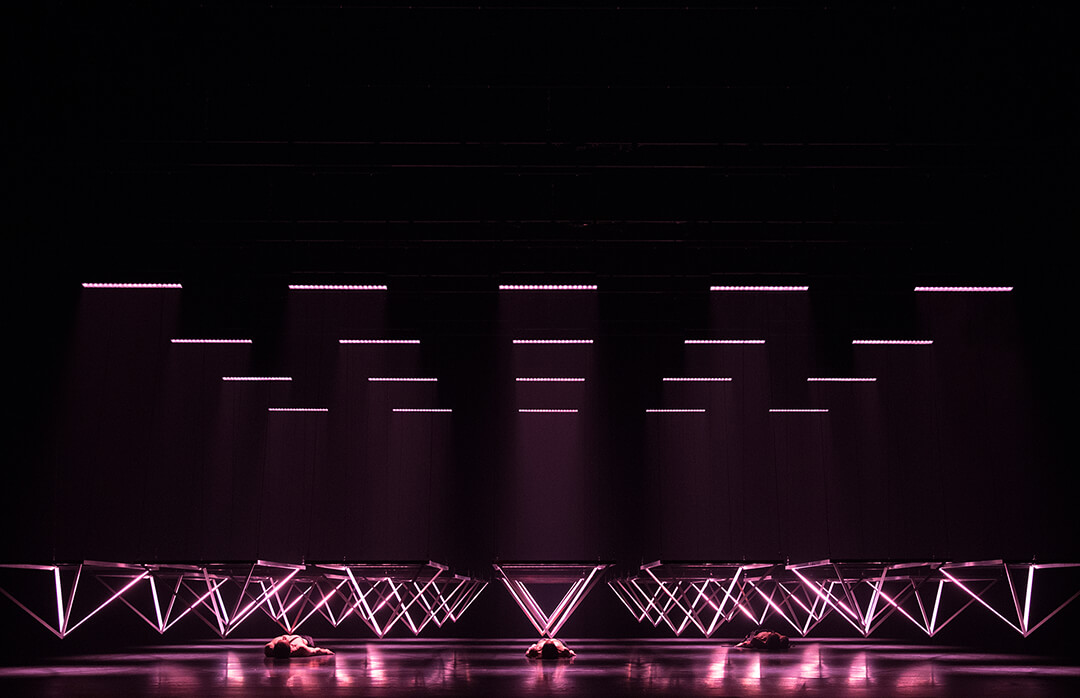 The moody atmosphere provides a coherent backdrop to an equally emotional performance where human movement references the genetic foundations of life. Williams captures the self-reflective nature of Autobiography in a versatile set design, employing both physical and ethereal elements to define space.