How the Space Race inspired the Movistar eSports training centre

The first professional eSports training centre in Europe according to Stone Designs, the Movistar eSports Centre takes aesthetic inspiration from the 20th-century Space Race between the Soviet Union and the United States.

Spanish telecommunications company Movistar announced its venture into eSports in January of this year, sponsoring the Riders and their training centre in the Casa del Lector at Matadero Madrid. The building is an important cultural centre and architectural symbol in the city, and Stone Designs wanted to respect it. Rather than altering the Casa del Lector, the architects constructed a series of structures intended to co-exist in harmony with the building.

The space functions as a training ground as well as stadium for the Movistar Riders, also known as MRDS. To inspire team spirit and pride in the players, a palette of team colours is applied throughout the centre, including the upholstery by Swedish manufacturer Bogesunds. 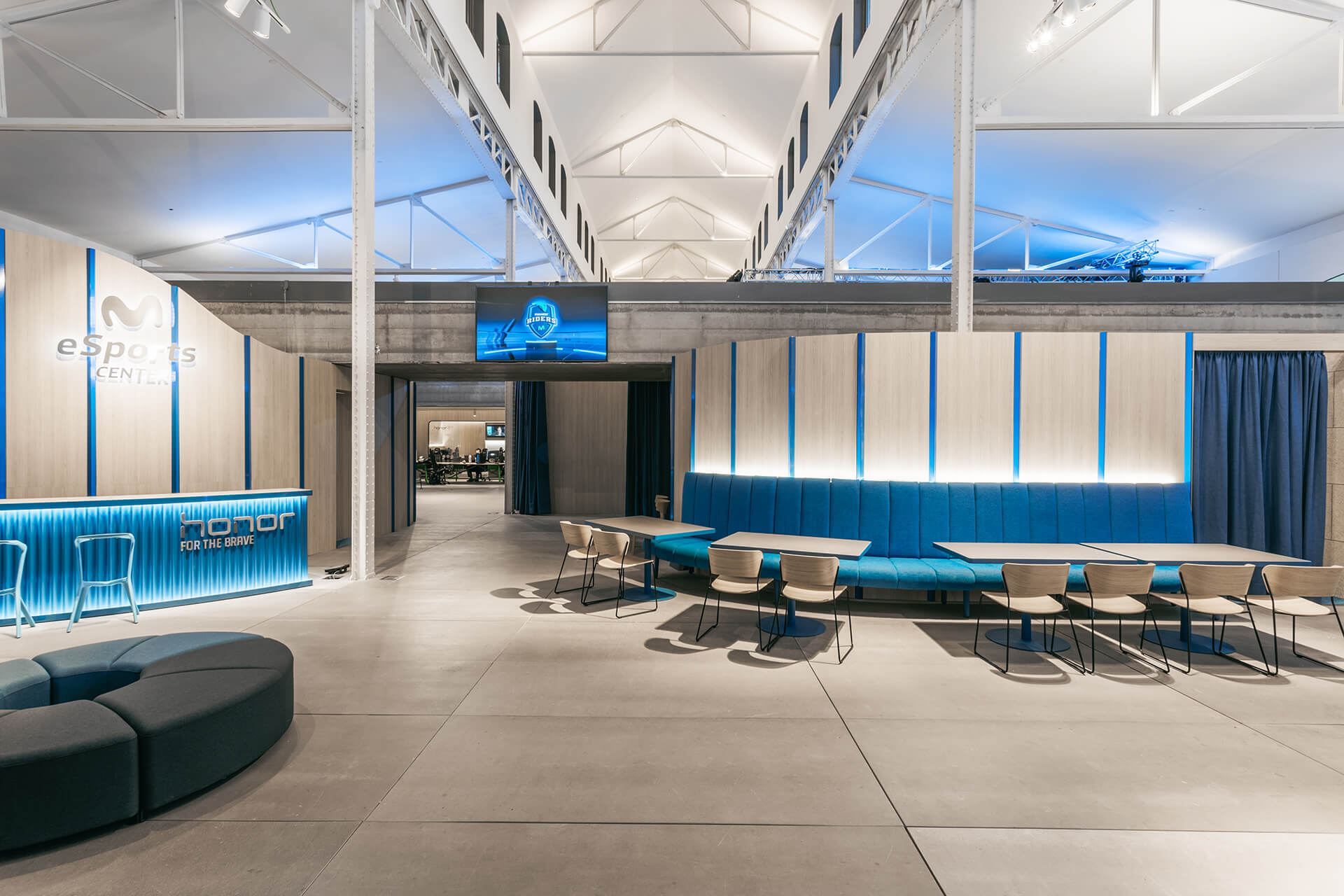 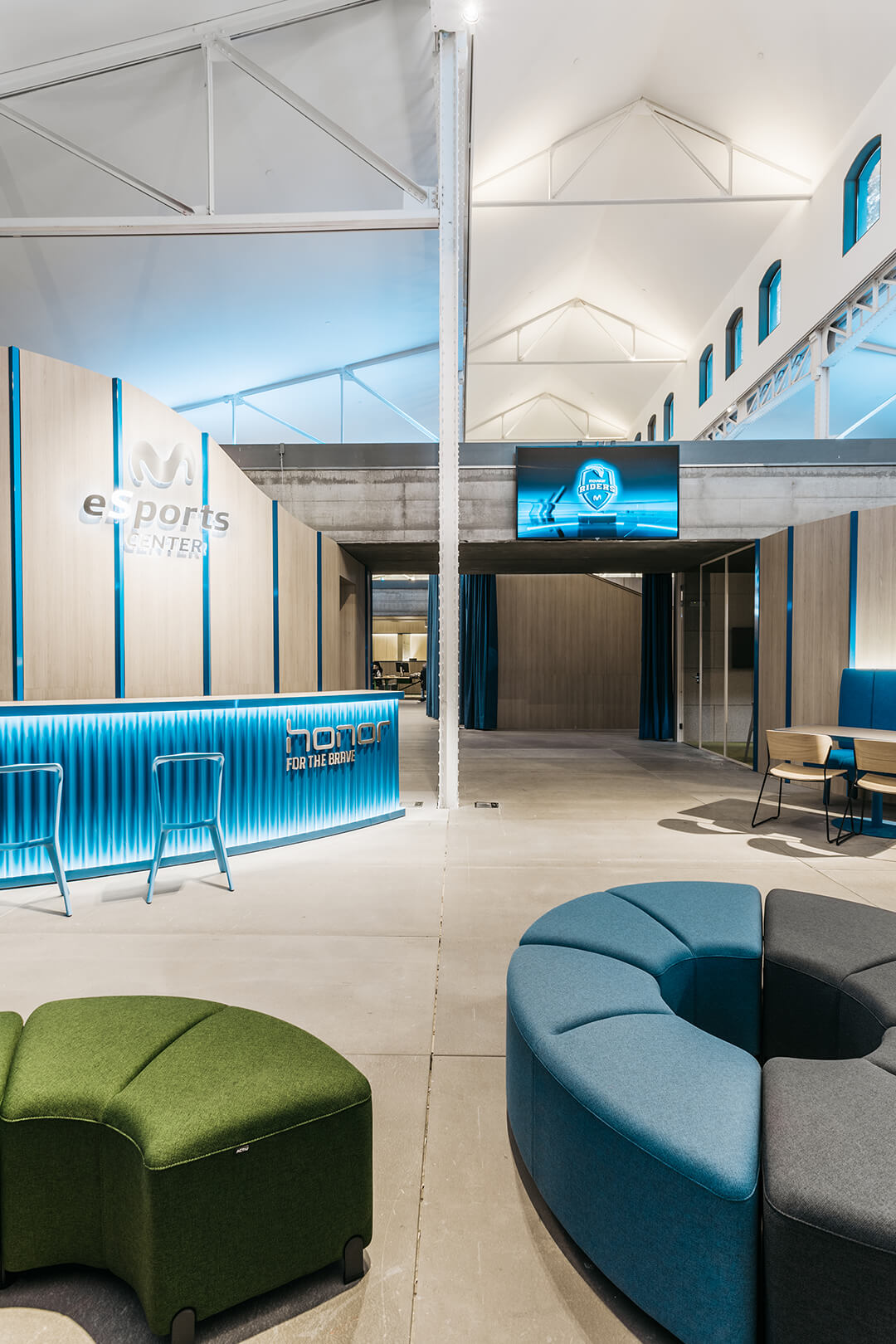 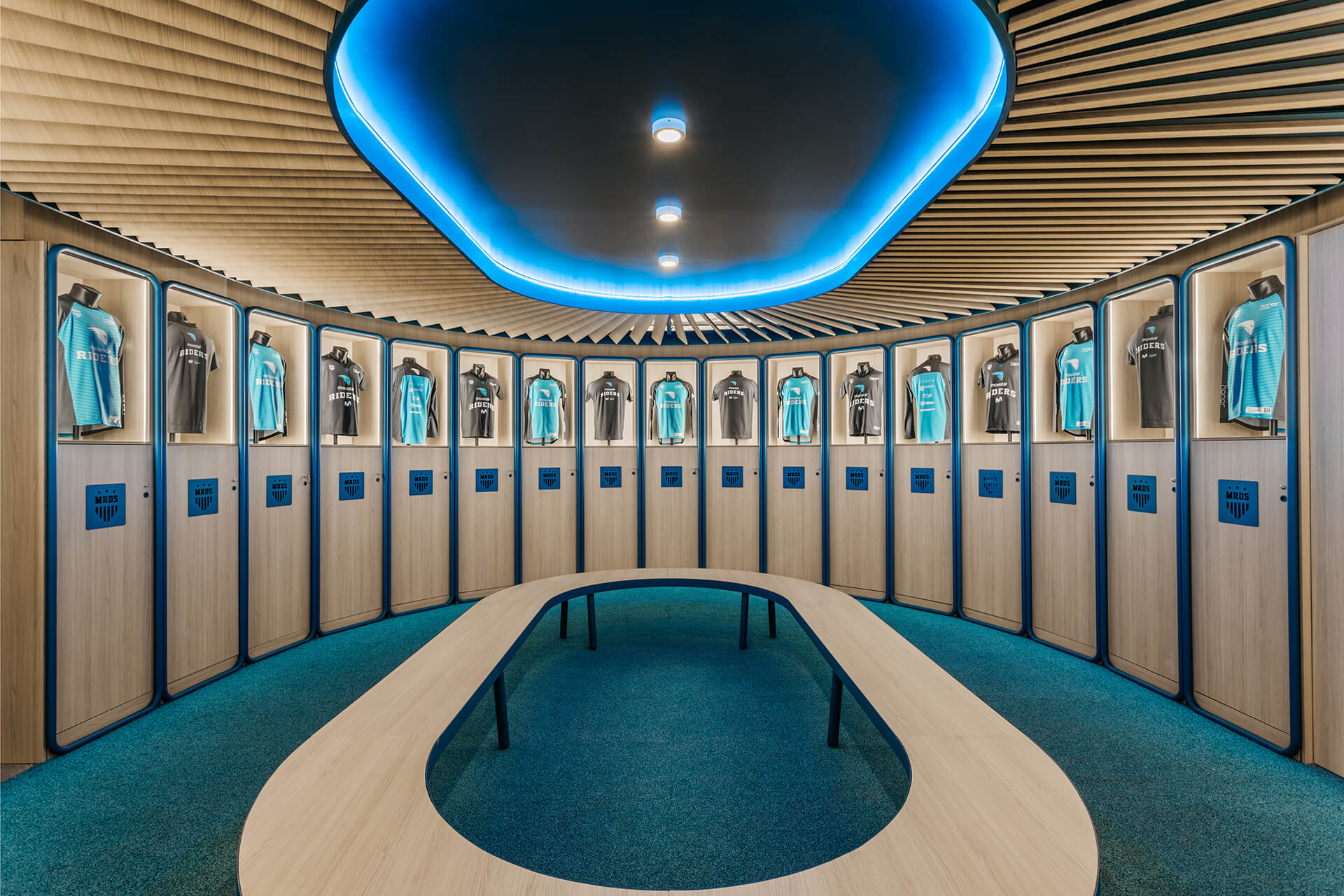 The soft seating and warm wood textures were also chosen with comfort in mind, as gamers spend notoriously long hours at their computers or consoles. Stone Designs wanted the team to feel at home in the space while maintaining a professional atmosphere, as this is functionally the workspace of the Riders.

This cosy material palette contrasts with the retro-futuristic vibe from the era of the Space Race. Trapezoidal doors, neon accents and curved corners recall such nostalgic pop-culture media as The Jetsons. 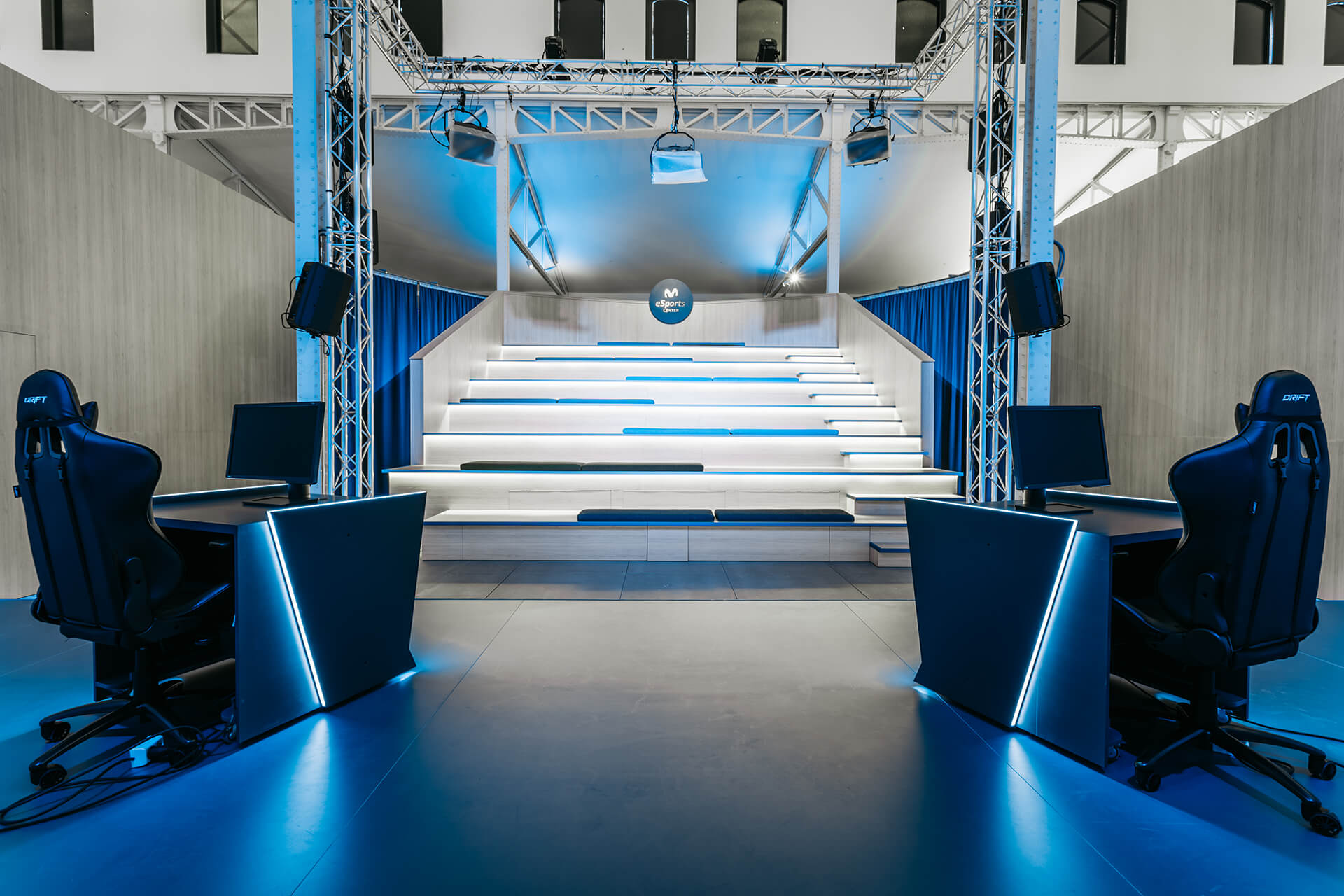 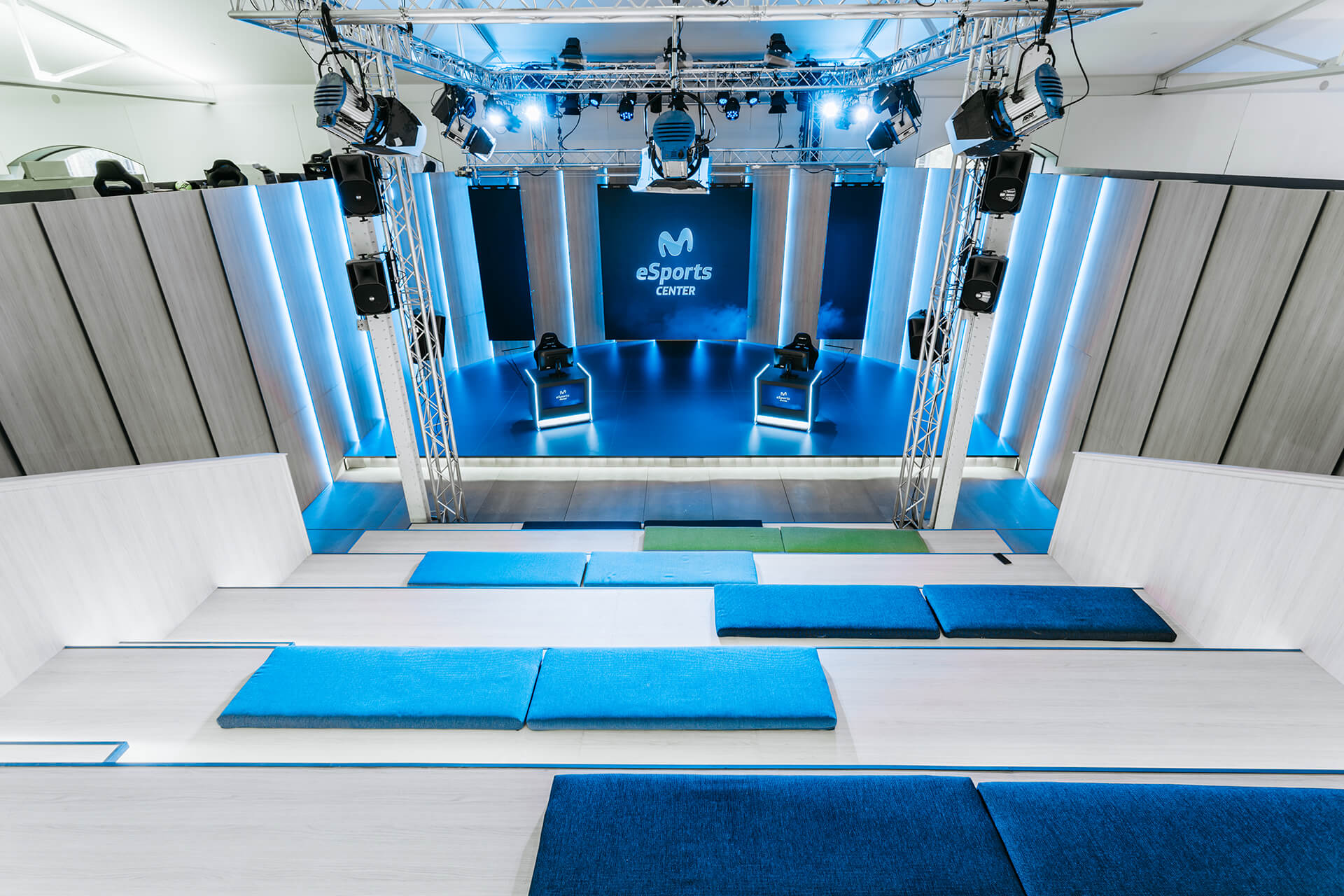 Stone Designs appropriates the excitement and optimism of that time without the Cold War implications, recreating that childlike belief in the unlimited potential of technology to reach distant frontiers and visit other worlds. After all, video games frequently transport players beyond the boundaries of the everyday sphere. 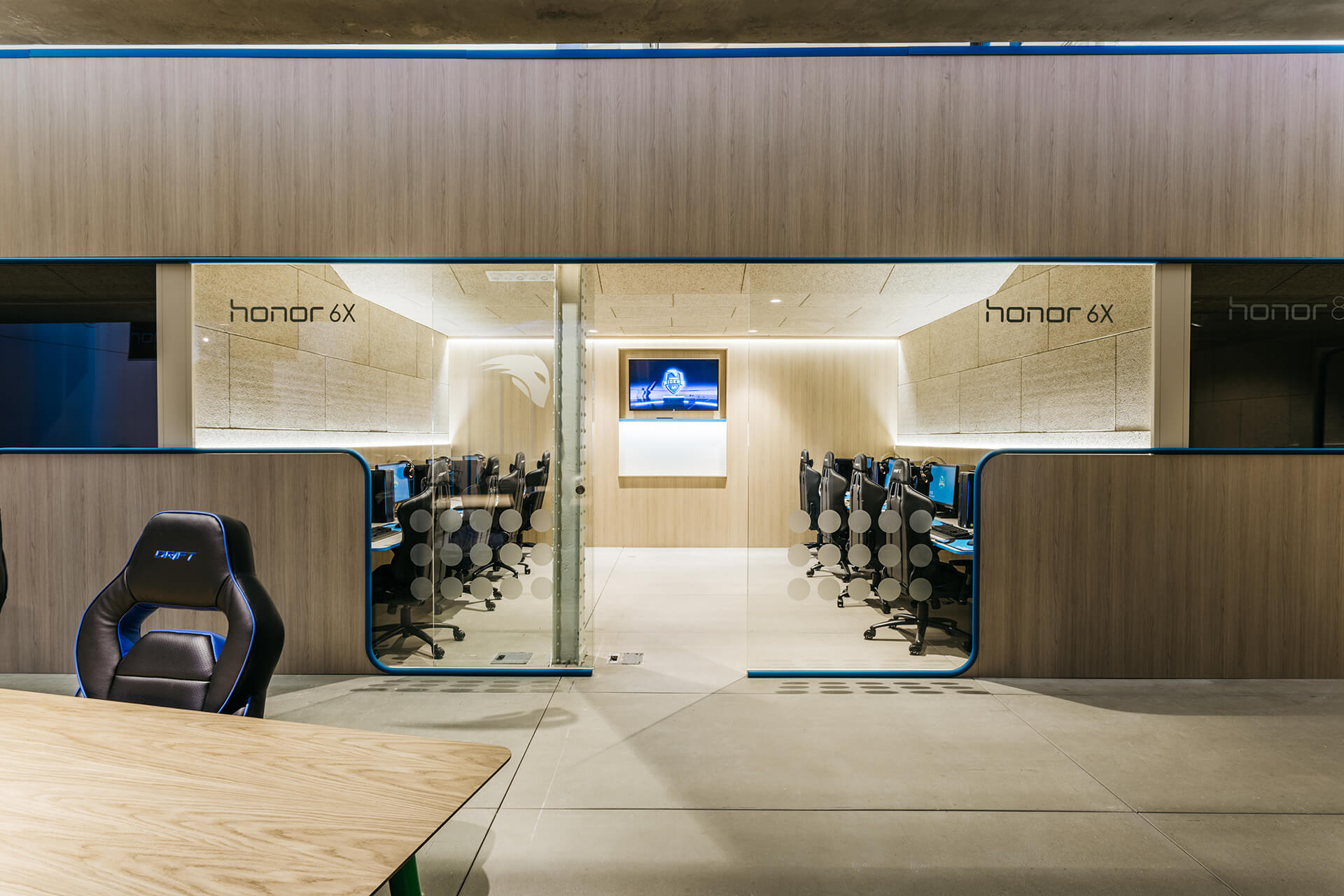 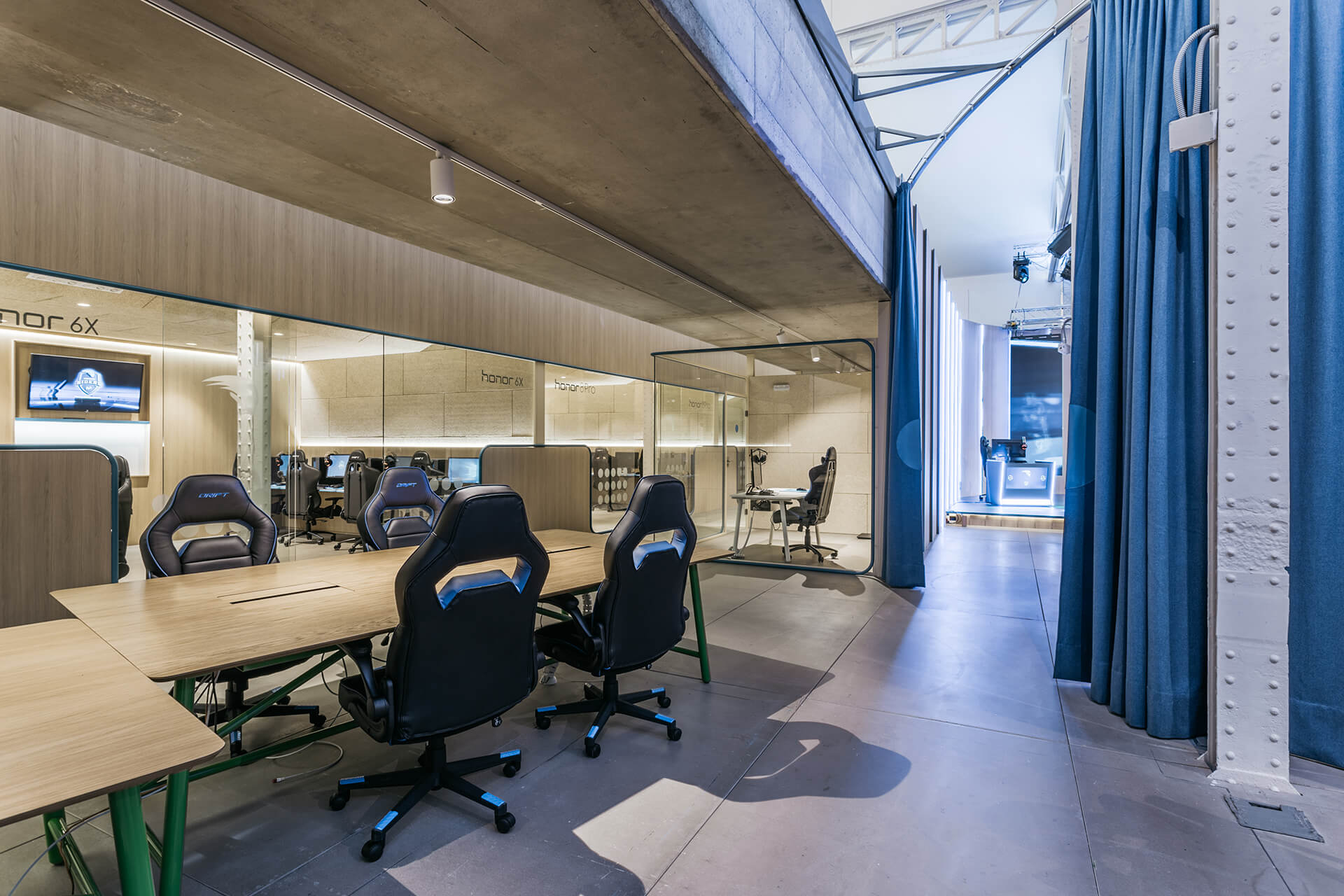 Stone Designs dedicated the space to the Riders, naming them the inspiration and ‘the soul of the project’. However, according to Liquipedia, the Riders dropped their roster of players last month, and presumably there is an entirely new team currently occupying the 1,000-sq-m Movistar eSports Centre. 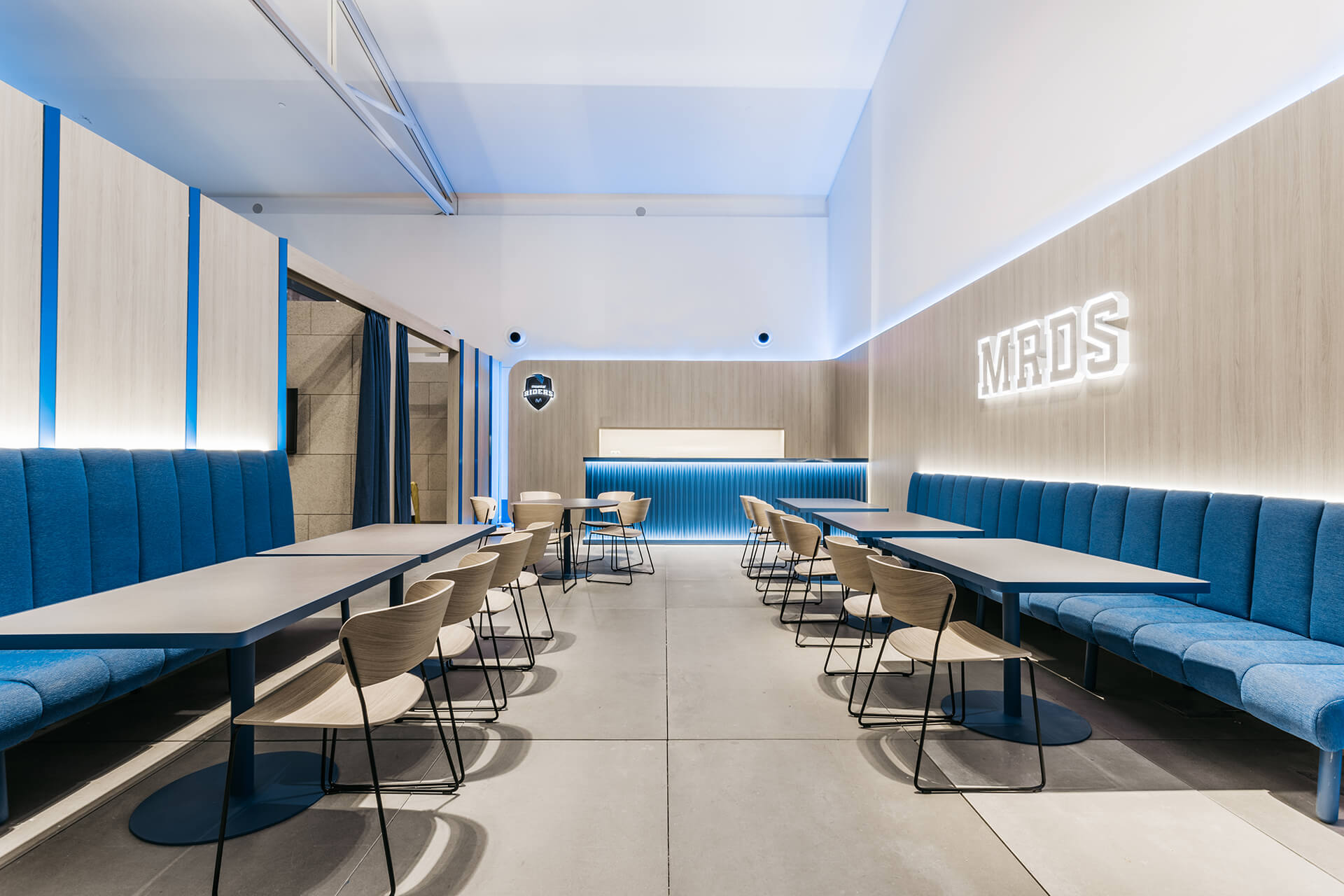