The relationship between art and fashion is complicated. Fashion often struggles to gain status in the art world due to its primarily functional application. The distinction, however, is becoming increasingly blurred and WGNB’s concept for Boon the Shop – known as South Korea’s primary stockist of international designer brands – interrogates the role of the retail store as a exhibitive showcase for its products.

The Korean design studio (People’s Choice winner of Designer of the Year at the Frame Awards 2020) has curated the Shinsegae department store space with an aesthetic more commonly associated with that of an art display, asking the question: Can’t a clothing store be a gallery?

'Fashion is a form of art,' says chief designer Jongwhan Baek. 'While some people wear clothes as a daily outfit, others treat clothes as if they are artworks. These people have collections of clothes which are never worn, but rather are exhibited like an objet or an artwork. For them, there is no difference in purchasing clothes to purchasing an artwork at an auction; owning the piece of clothes is a way to express their aesthetic and social level.' 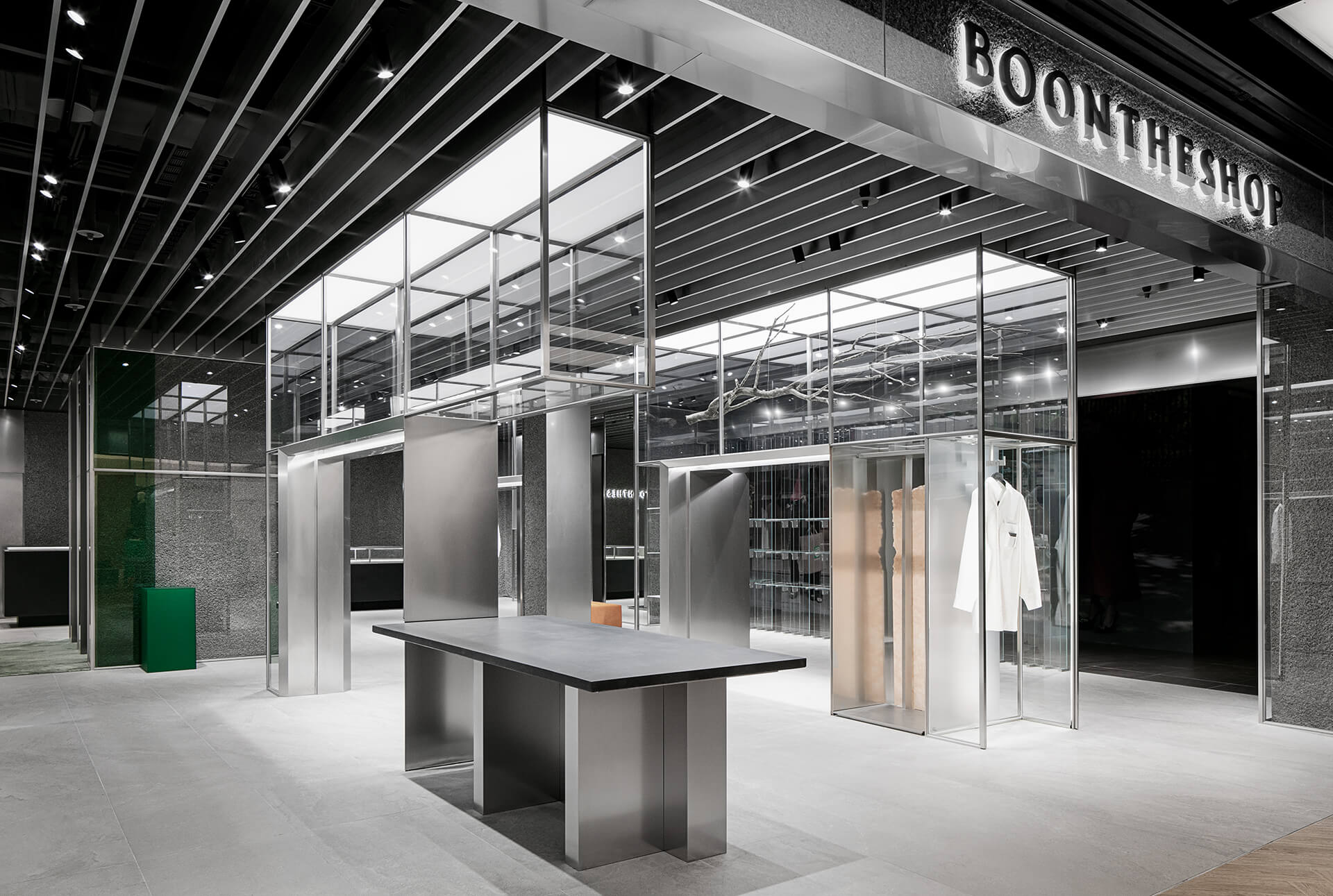 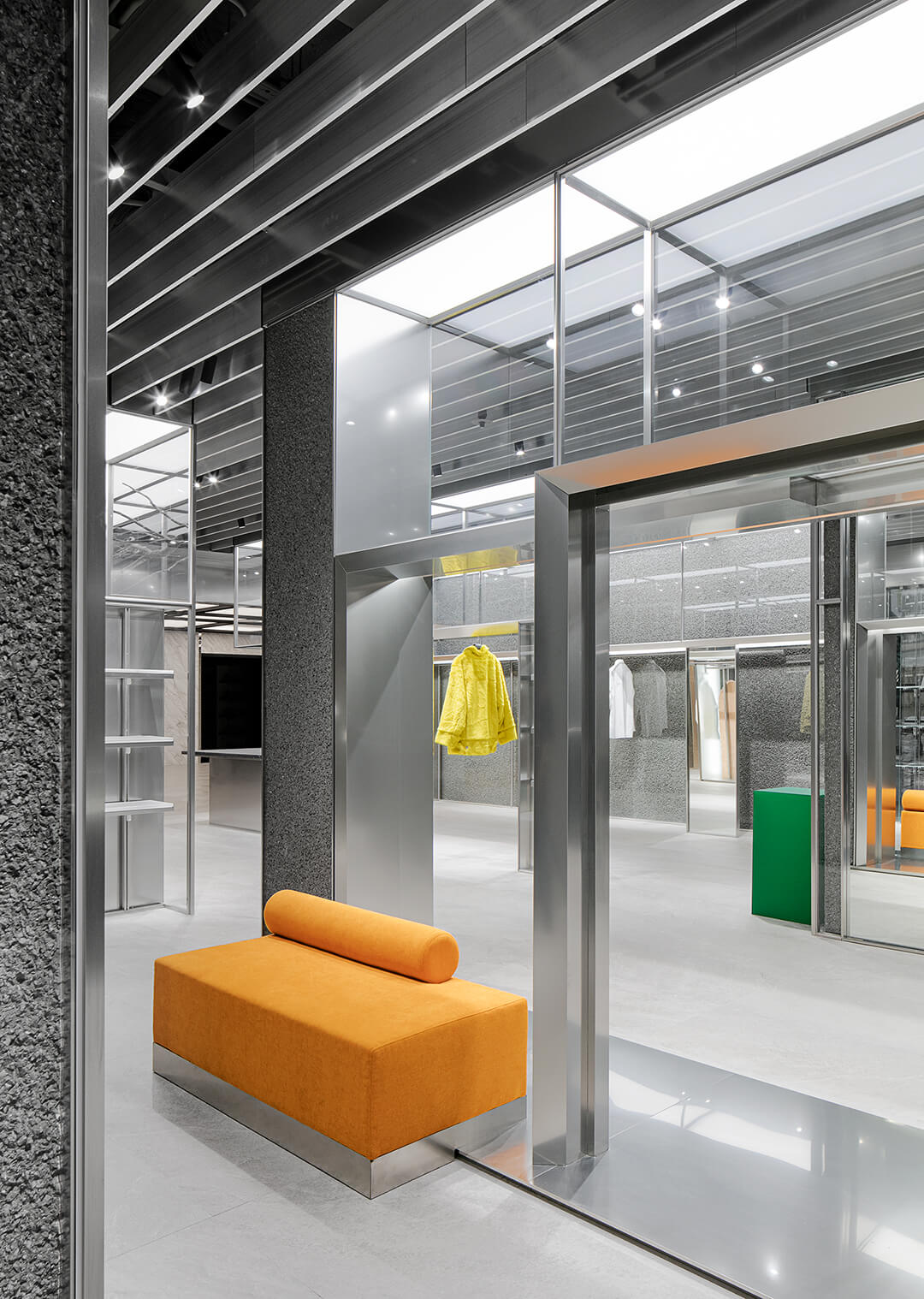 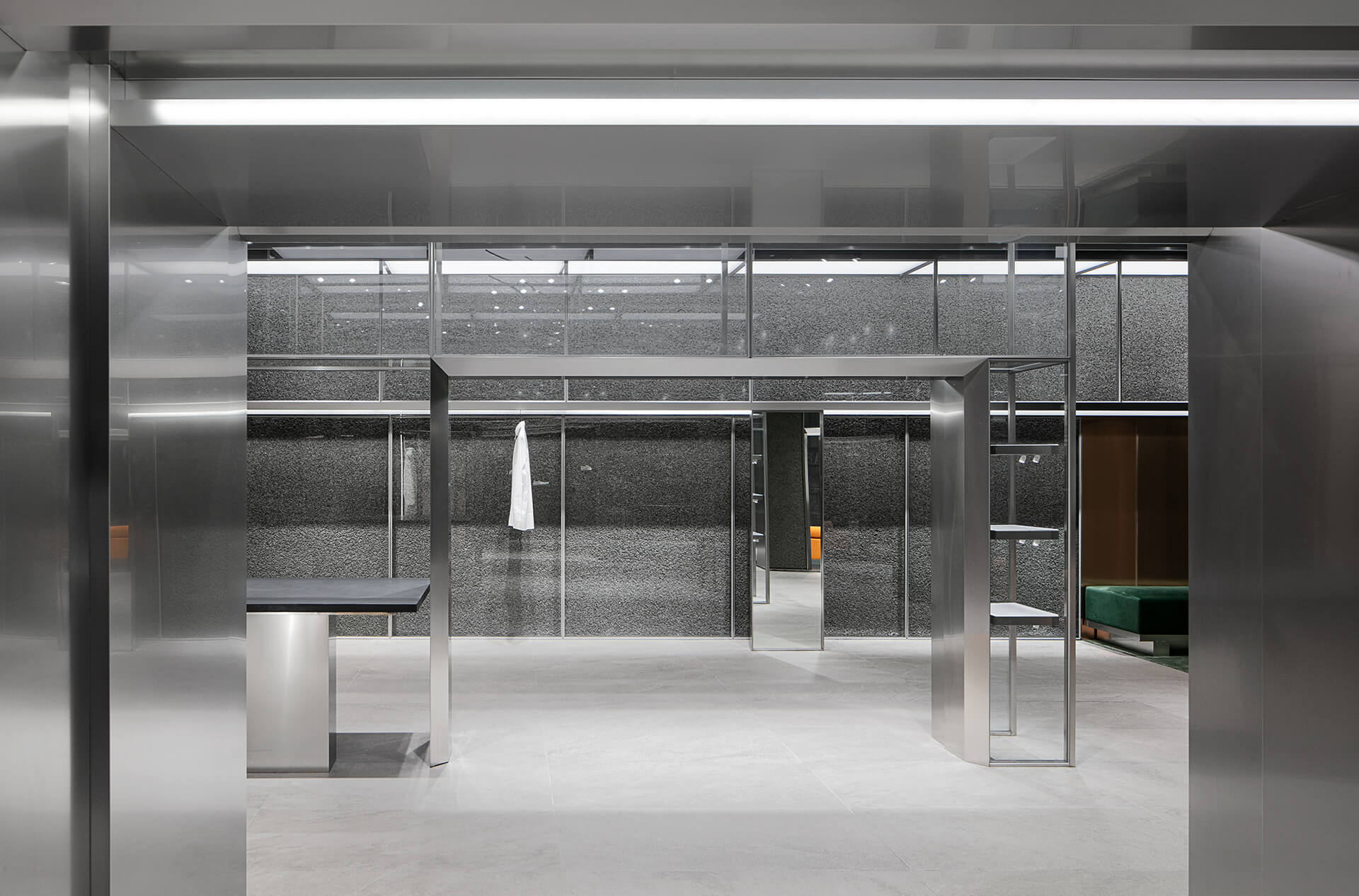 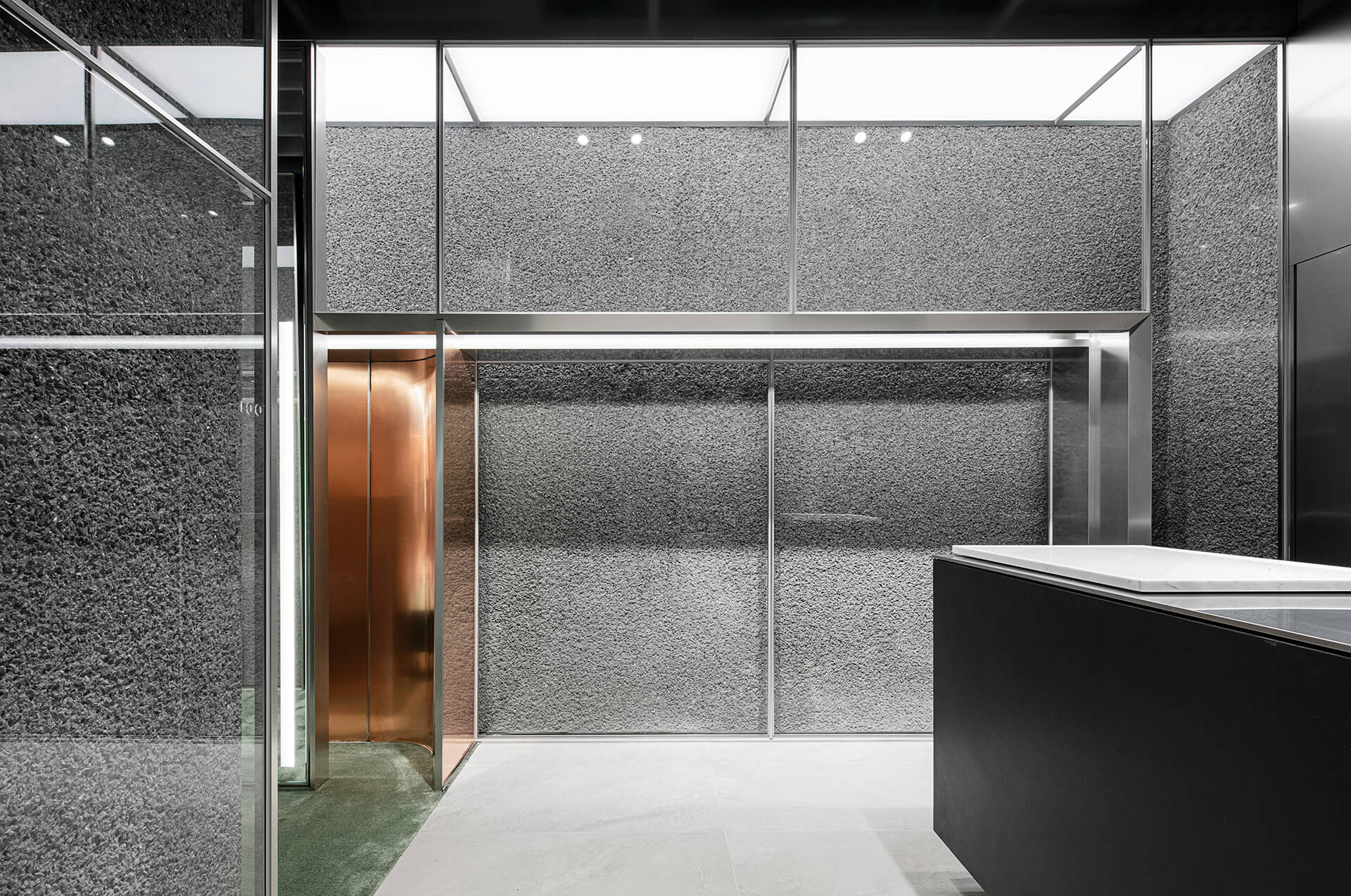 Where design-led window displays have previously formed the primary method for luring customers into shops, WGNB approached the whole Boon the Shop store as a conceptual space that prioritizes awe and experience over product. Very few garments are visible amongst the sparse, metallic environment which aims to disorientate customers and make them unsure of what kind of space they are in. Steel frames replace standard hanging rods and shelving, presenting occasional clothing items as precious artworks to be admired. The removal of clothesrails and hangars effectively distorts the line between fashion and art becomes.

Maple trees and stone panels are also framed throughout the interior, with sporadic colourful furniture that adds warmth to the otherwise cold aesthetic and further expands upon the concept of the space as a presentational showcase.