Last month, crowds of well-heeled Dutch filtered through Amsterdam’s Modefabriek. As the Netherlands’ largest fashion trade show, the two-day programme promises brand presentations, expos, shopping areas and trade talks. Designer Hilde Koenders has been contributing to the show for over 10 years now – her latest installation for the major Dutch exhibition is a 10-m by 10-m kinetic pavilion called Stripe Down.

Increasingly, trade show designers are toggling the roles of traditional retail designers – synthesizing a brand’s ethos into an engaging pavilion – while simultaneously functioning as digital marketers. With Stripe Down, Koenders converted the otherwise ephemerality of face-to-face engagement into a tangible albeit digital product: downloadable videos of visitors interacting with the space. The designer used video to add a layer of engagement and as a means to produce digital content to share via the web.

For the theme of their winter show, Modefabriek chose ‘stripes’, paying homage to one of fashion’s most timeless patterns. Koenders based her pavilion on the motif, cladding a hexagonal prism in alternating neon green and cobalt blue stripes. The prism is surrounded with striped screens, and as the prism rotates, the two layers of stripes merge with one another, producing moiré-like effects. 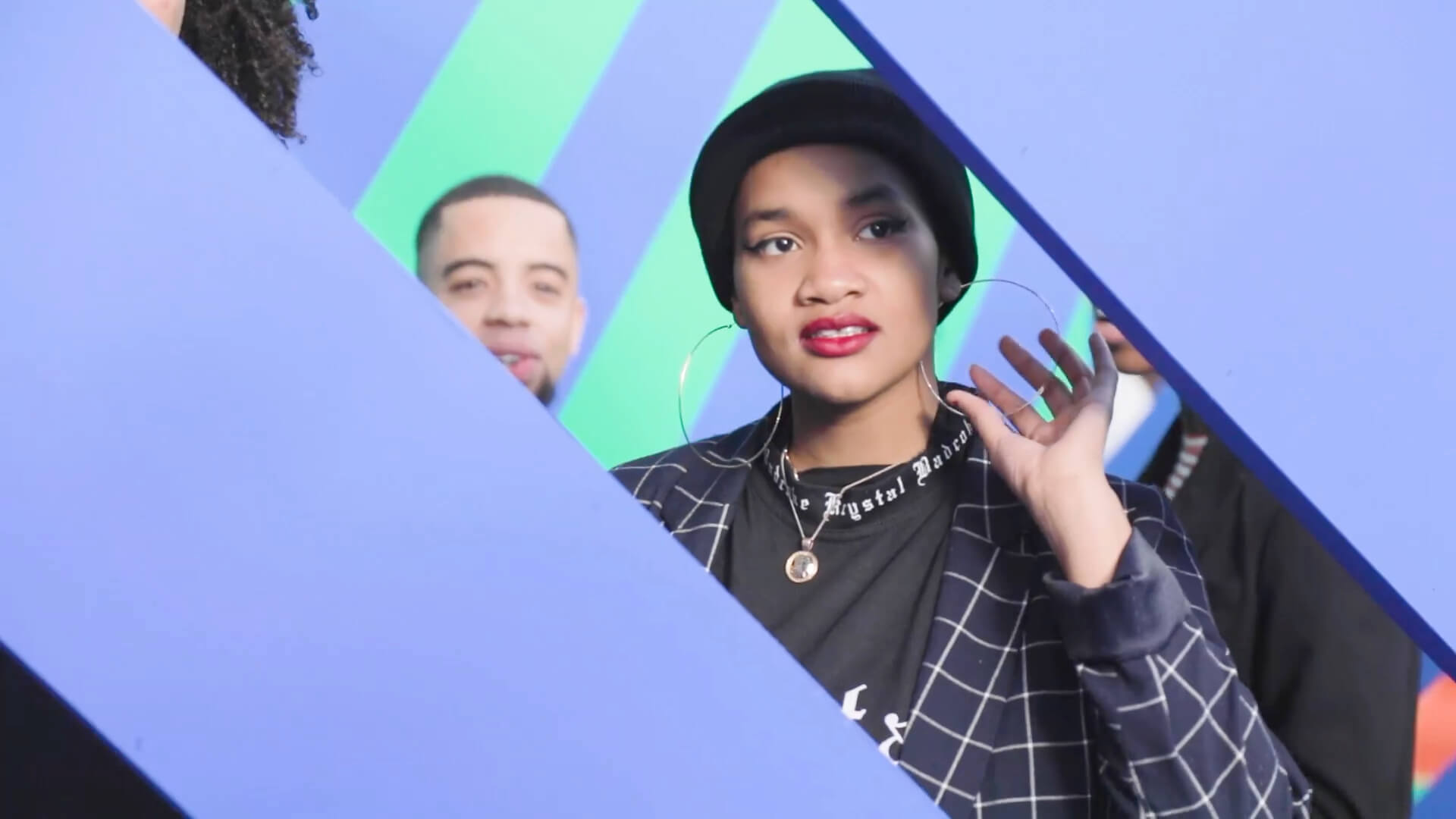 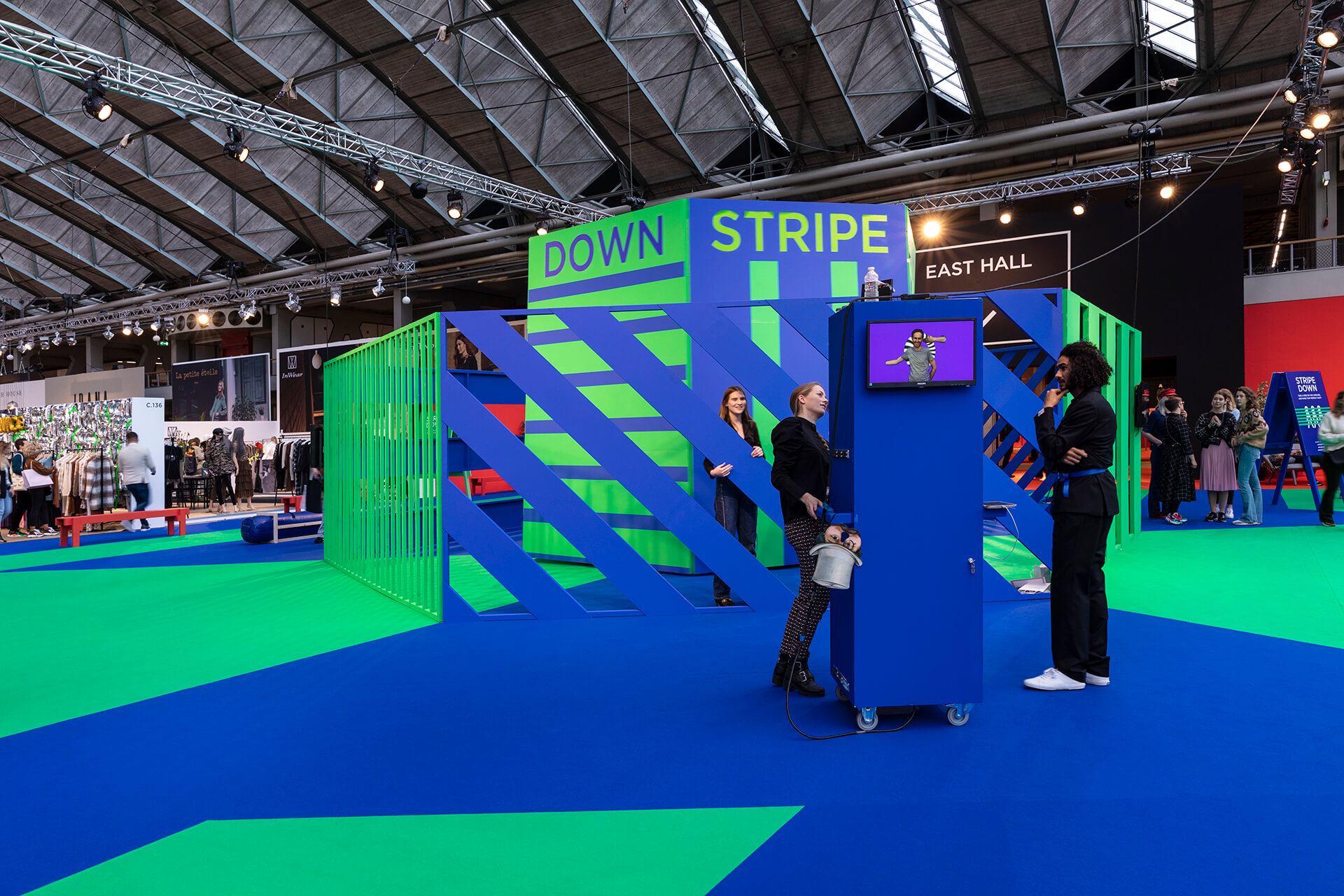 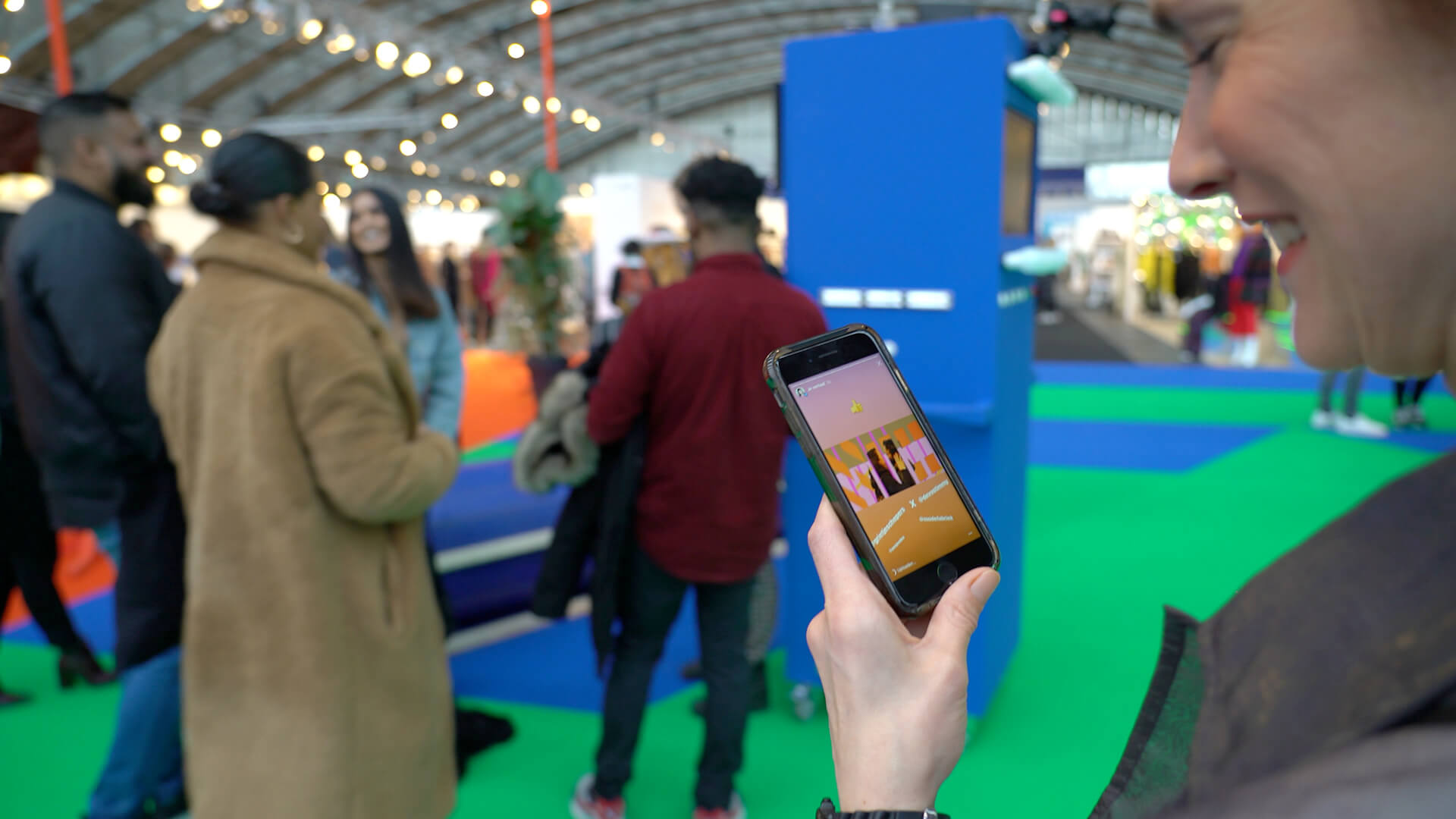 Attempting to break the mould of static, eye candy-only installations often seen in retail, Koenders designed Stripe Down to be fully interactive. Visitors are invited to step behind the screens and film themselves engaging with the space. An on-site camera feeds live video footage to a computer program designed by Peejee Doorduin and Jean Jacques Warmerdam, to which Bernie van Vlijmen contributed graphic design and animations. The creatives developed a movement-responsive code that recolours the raw footage in neon hues and then populates the videos with animated graphics. TV monitors throughout the installation loop a constant feed of Modefabriek’s well-dressed dancing, giggling and sometimes sauntering in revamped video recordings.

Is Stripe Down about real-life spatial engagement, or is the installation a means to produce social media content? Perhaps both – by casting show-goers in marketing content, trade shows are tapping into a sense of user authorship that ultimately causes them to hit ‘publish’ on social media, referencing the #Modefabriek brand in the process.

The FW21 edition of Modefabriek took place from 26 through 27 January 2020 at the RAI Amsterdam.