Our publication We Build Drawings is a collection of 200+ sketches and watercolours by Mikkel Frost, co-founder of Danish architecture firm CEBRA, who champions drawing as a communication tool. The book provides insight into the architect’s creative process, illustrating how an idea develops into a well-defined concept.

‘Architects do not actually build buildings,’ says Frost. ‘What we build is an idea. To visualize it, we build drawings.’ One example included in the book is CEBRA’s Æbeløgade project in Aarhus, Denmark, which we share below. 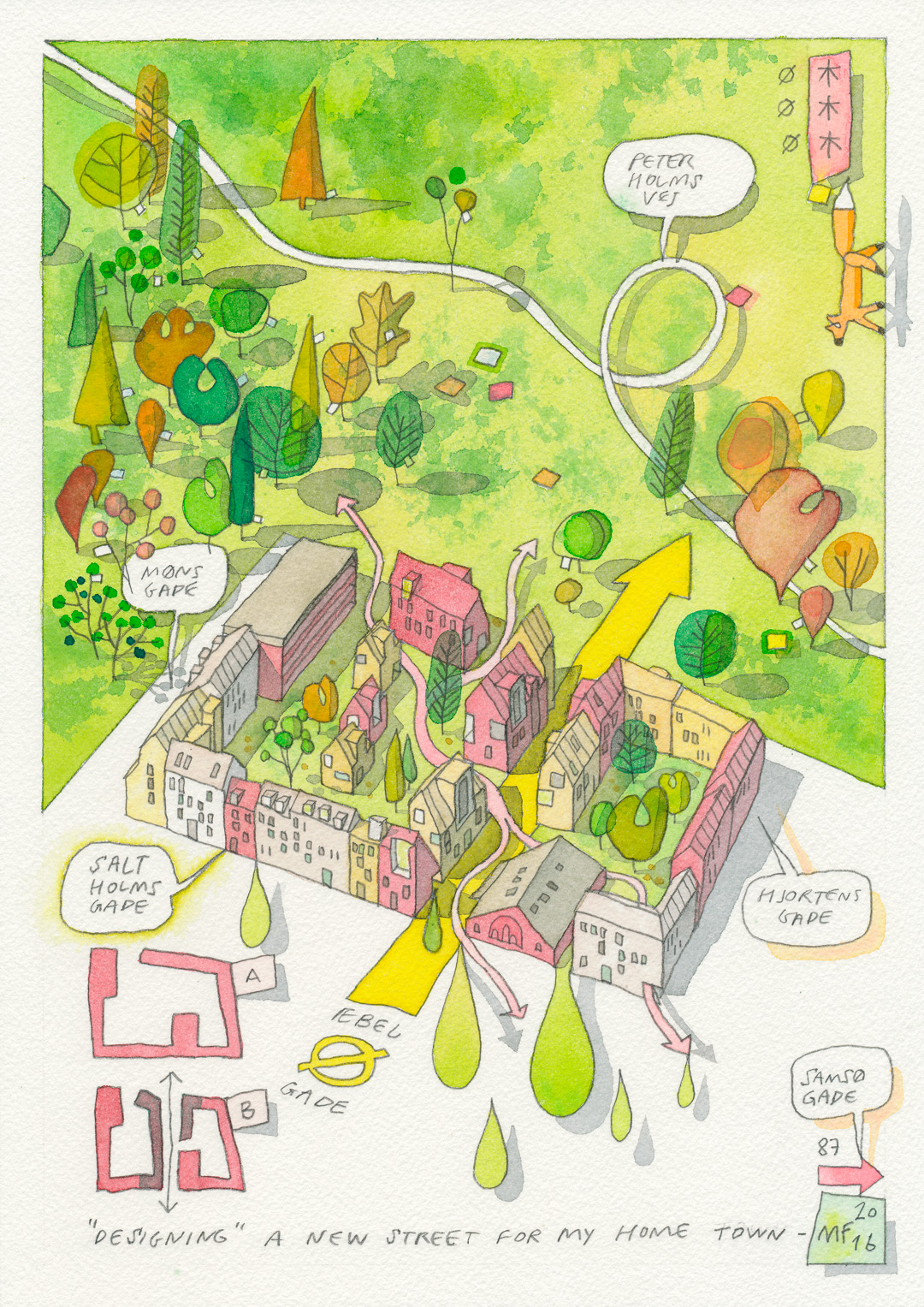 The Æbeløgade project is located in the historic Øgade neighbourhood in Aarhus, on a site right next to the city’s botanical garden. The design emerges from what could be called architectural sampling of the surrounding urban context. We mix, combine and reinterpret its distinctive architectural elements, such as perimeter block structures, slanting roofs, brick facades, green courtyards and cosy streets, to create a new and contemporary Øgade architecture.

Basically, we designed a street rather than a building. The traditional, often introvert, perimeter block is divided in two by a cobbled street that is intended as an active shared space with room for traffic, play and common activities. The street forms a vibrant artery through the new neighbourhood which, in combination with a crossing system of paths, opens it towards the city by creating visual and physical connections with the botanical garden. 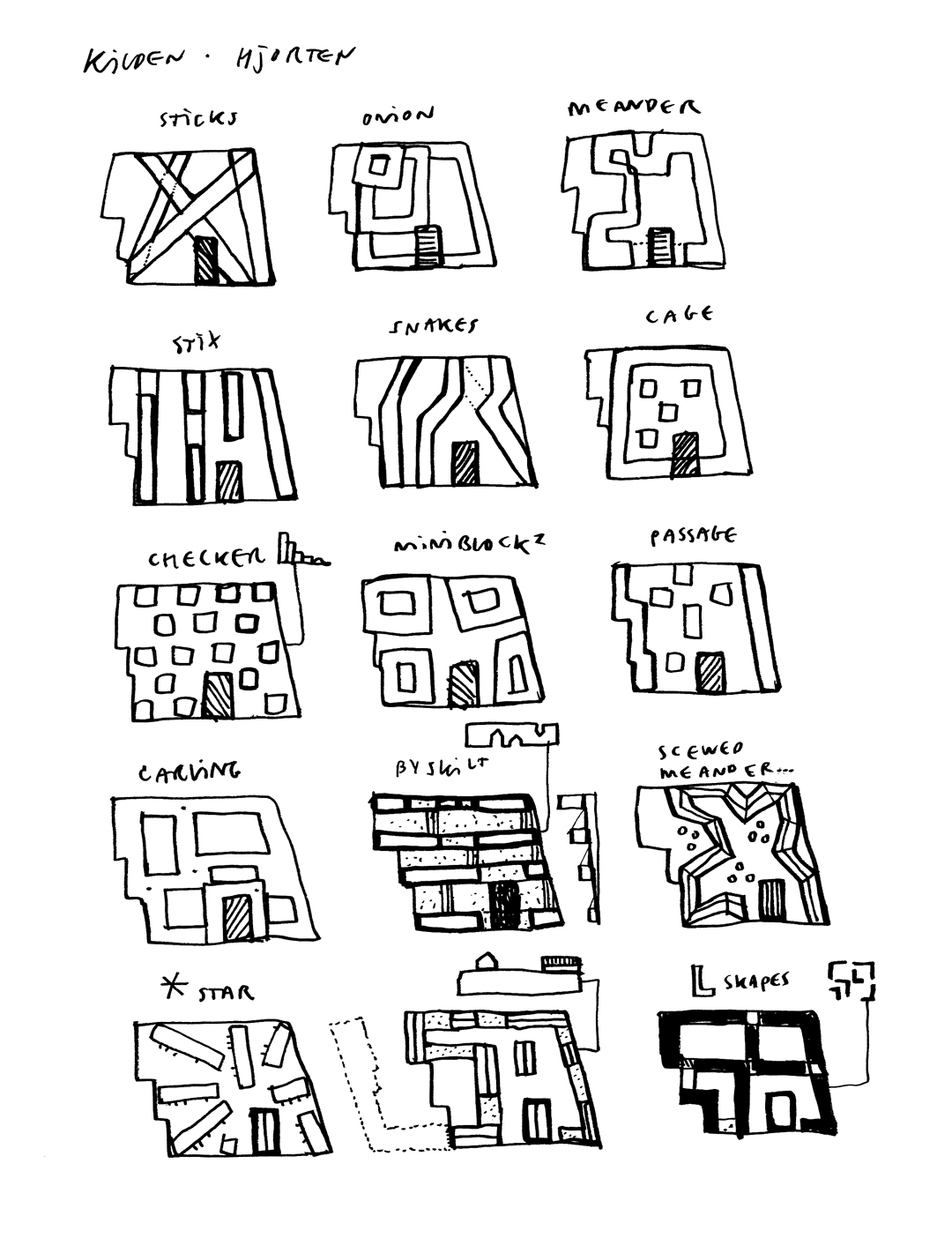 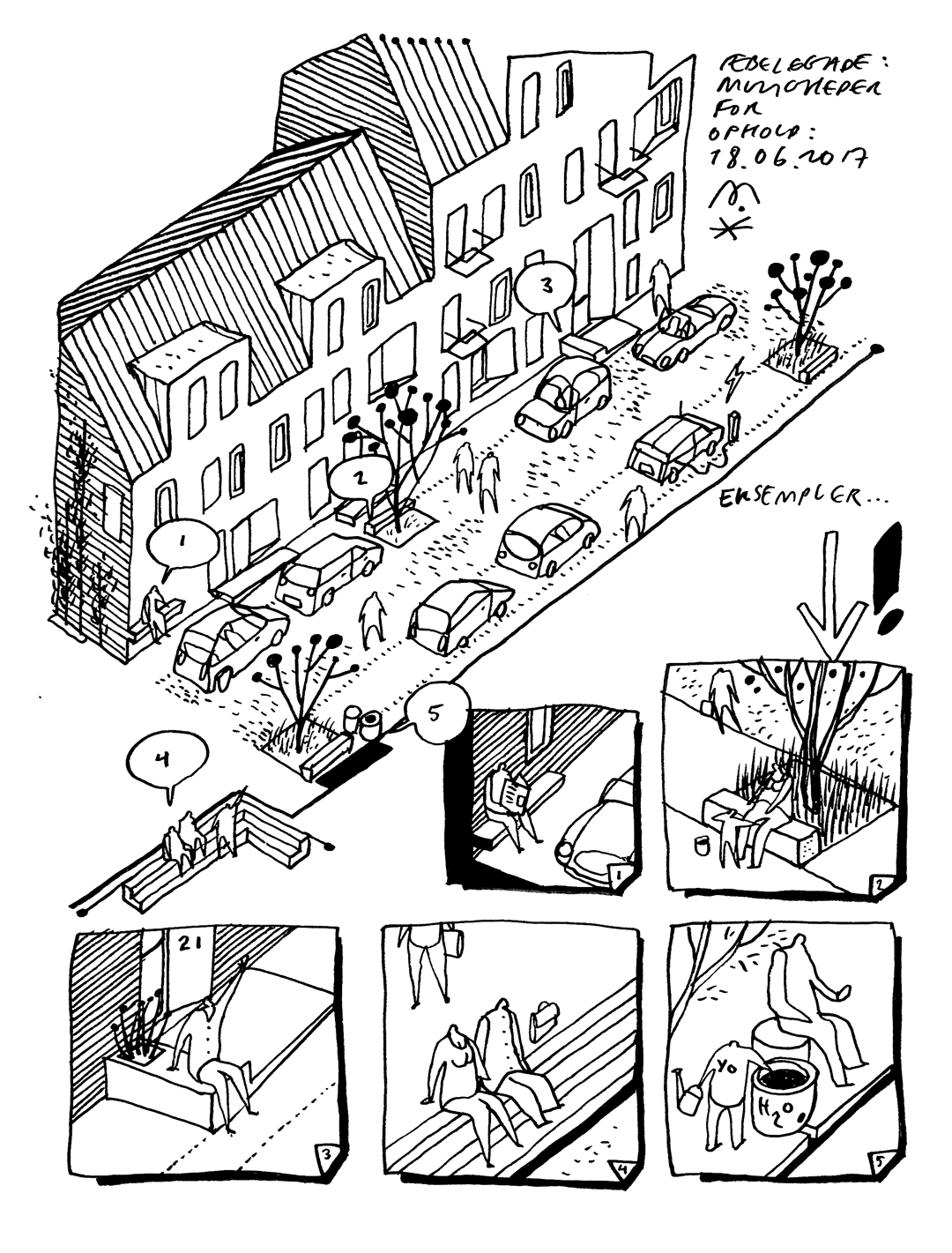 Top: Even before the competition, we tasked a group of MSA students with designing proposals for the site. This is a compilation of their best plans. | Bottom: For the design of this street in Aarhus, it’s been crucial to make it more than a transit space. With simple measures, it invites people to sit and socialise.

Æbeløgade’s architecture uses dramatic roof pitches, dormer windows and large window sections to create jumps and surprising variations throughout the buildings. Together, they form a dynamic and varied expression that reduces the building scale and contributes to a welcoming atmosphere. In addition, the botanical garden’s green and blue elements continue throughout Æbeløgade and colour both the buildings and outdoor areas. Green gables and roofs are paired with a climate adaption strategy that uses wild vegetation and rainwater treatment as a visible and recreational element in the streets and courtyards.

Purchase a copy of We Build Drawings here.