During the spice trade era in the seventeenth century, Java Island was the spot where ships sailed from the Dutch capital to Jakarta. Today, it is the location of Hotel Jakarta Amsterdam, a new hospitality project that coincidentally speaks of what the Dutch are currently known for: sustainable constructions.

The FSC and PEFC-certified wood selected for the beams, the columns, the ceilings and the frames was left in an unfinished state, leaving the majority of its walls and ceilings raw and unadorned – this in turn revealing the complex structure of the building. The architecture team from the SeARCH firm also barred any material with a short life cycle, or those that couldn’t be recycled or dismantled and reused at some point. 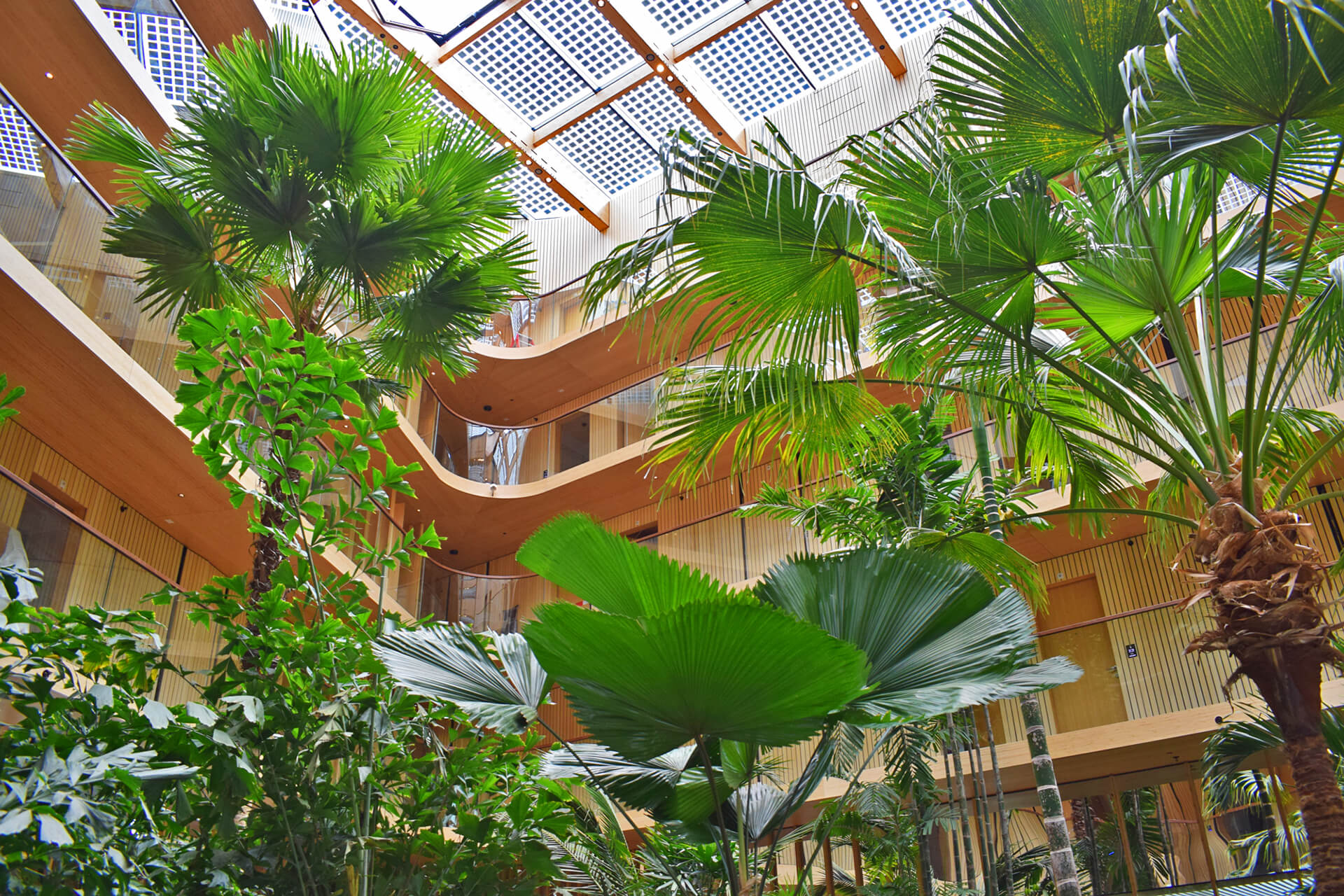 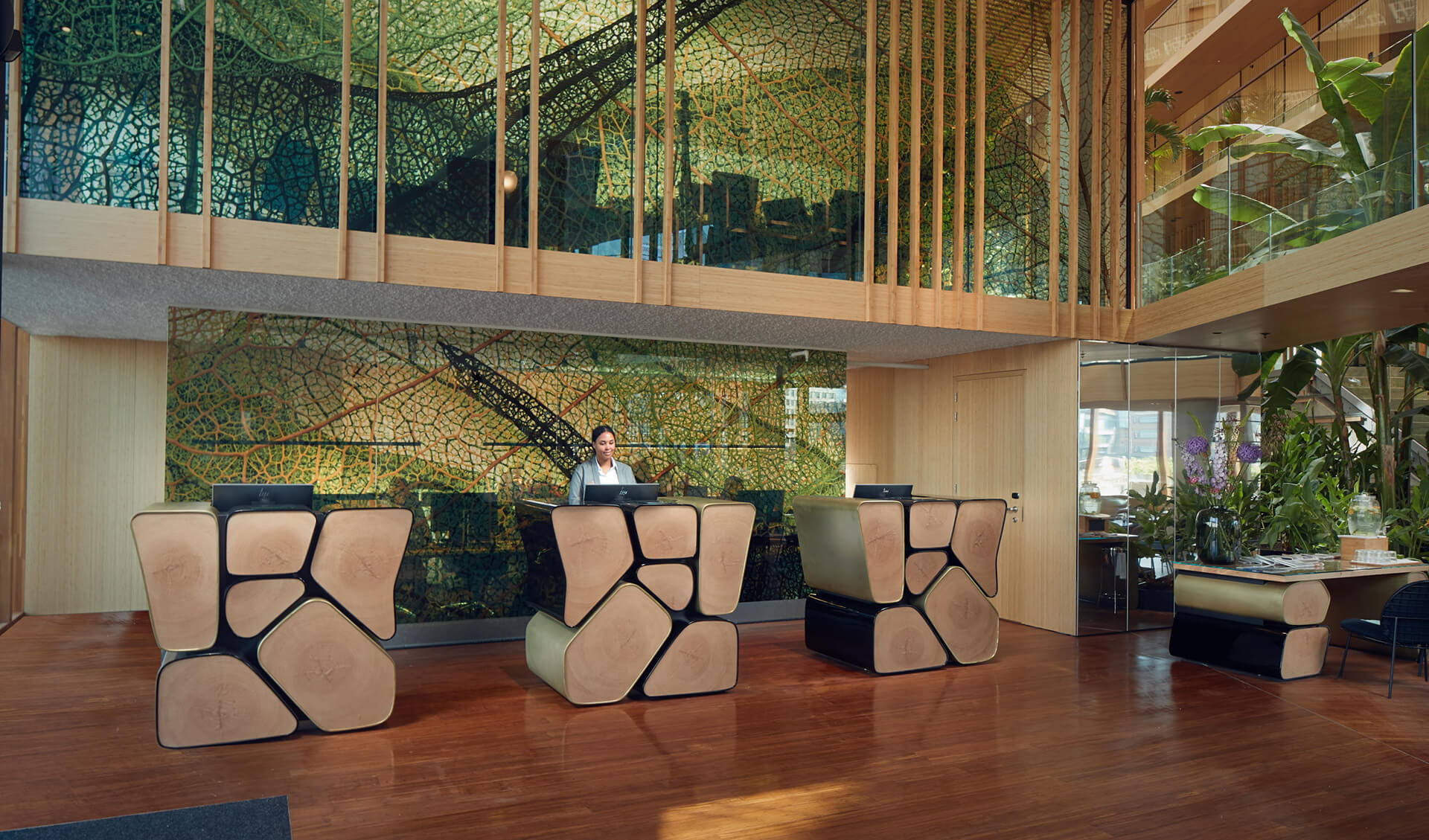 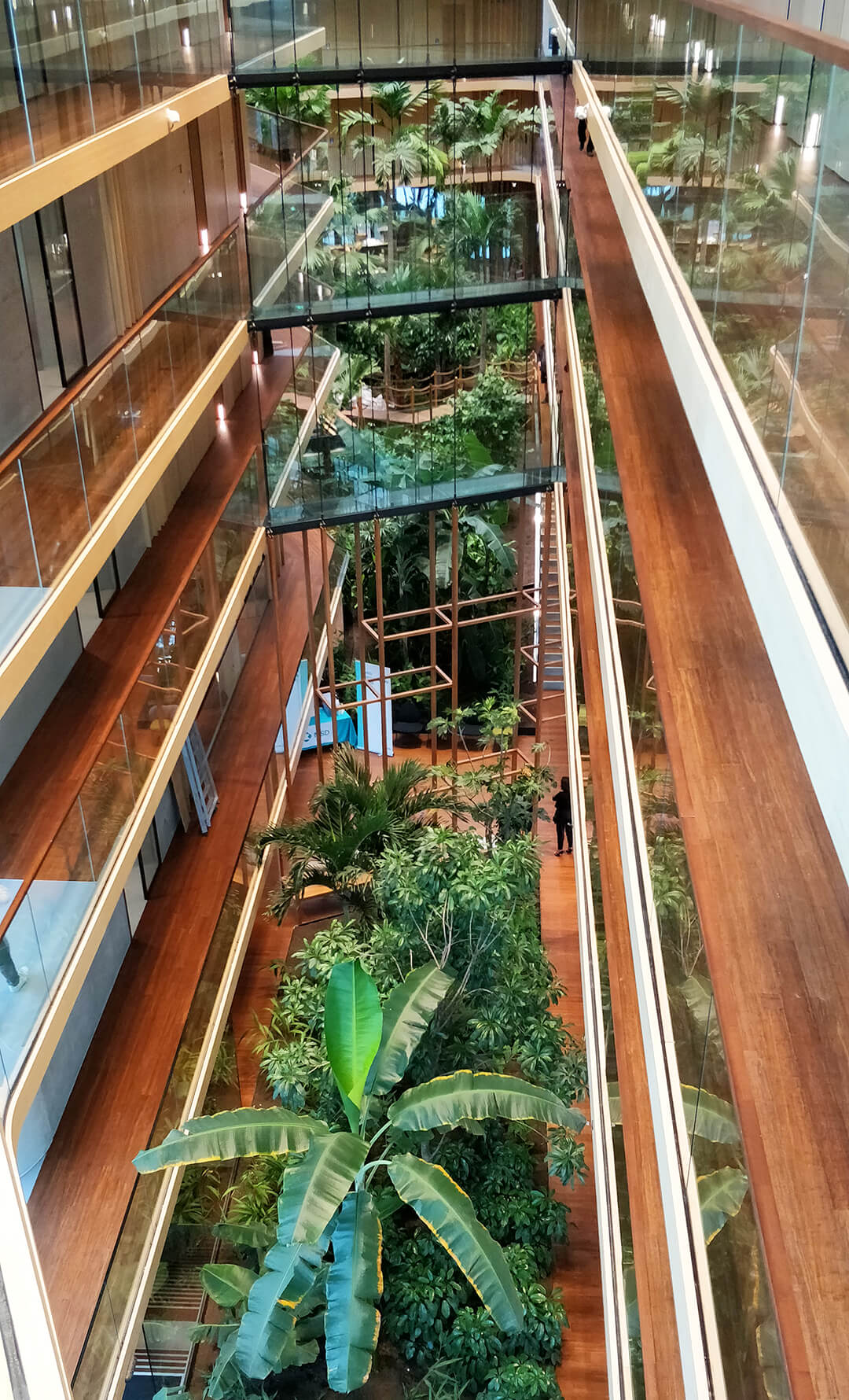 The WestCord hotel also uses rainwater to sprinkle the indoor subtropical garden created by Hortus Botanicus Amsterdam, and the hot water for the guestroom showers comes from PV panels on the façade and the roof of the atrium. And the heating and the cooling, as the seasons progress? They come from a warmth- and cold storage system. Even the staff wears sustainably made uniforms, through a collaboration between fashion labels By Rockland and HACKED by. These measures, which have turned the Jakarta into one of the most sustainable hotels in the Netherlands, gave the hotel its BREEAM Excellent certificate qualification.

By fairly assessing the past, this new building in a historically charged site can be better equipped to look to the future

Even the building process was an example of urban pollution reduction: the 176 prefabricated rooms were placed on site, in barely three weeks, after being delivered by land. Placed atop thin high-quality prefab concrete floors, each room arrived with plug-and-play capacity, pre-installed with a passive façade, a balcony and a complete bathroom. 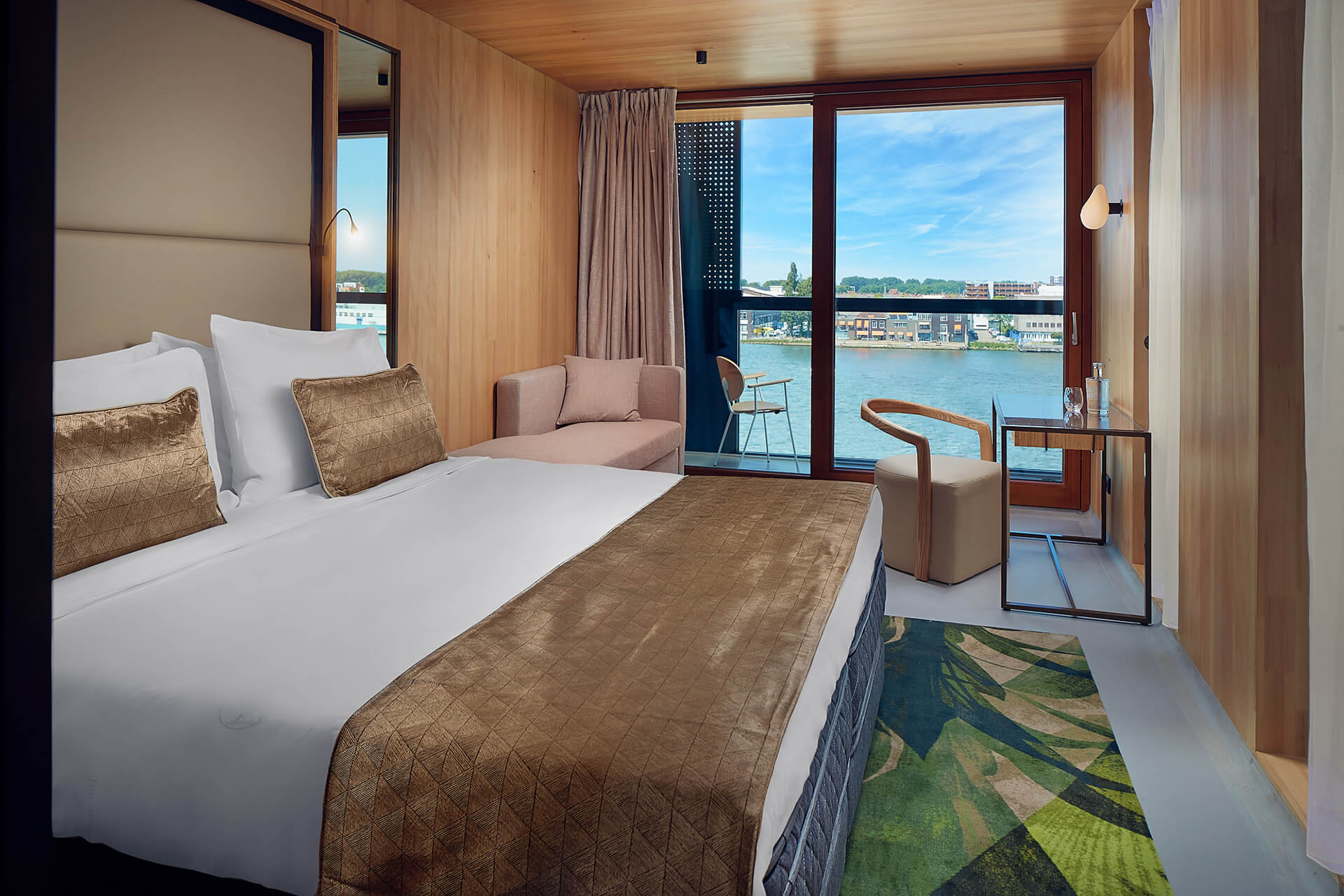 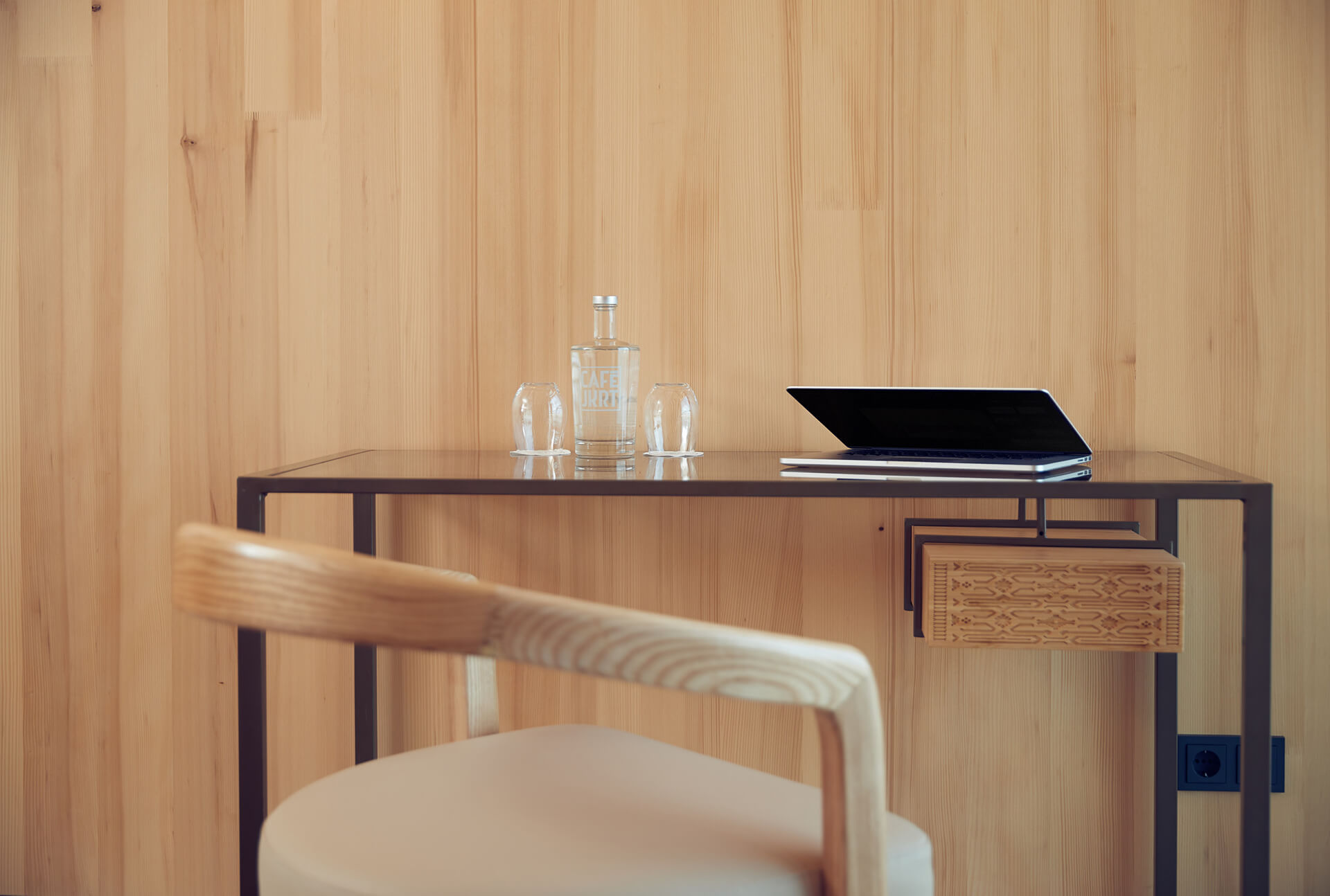 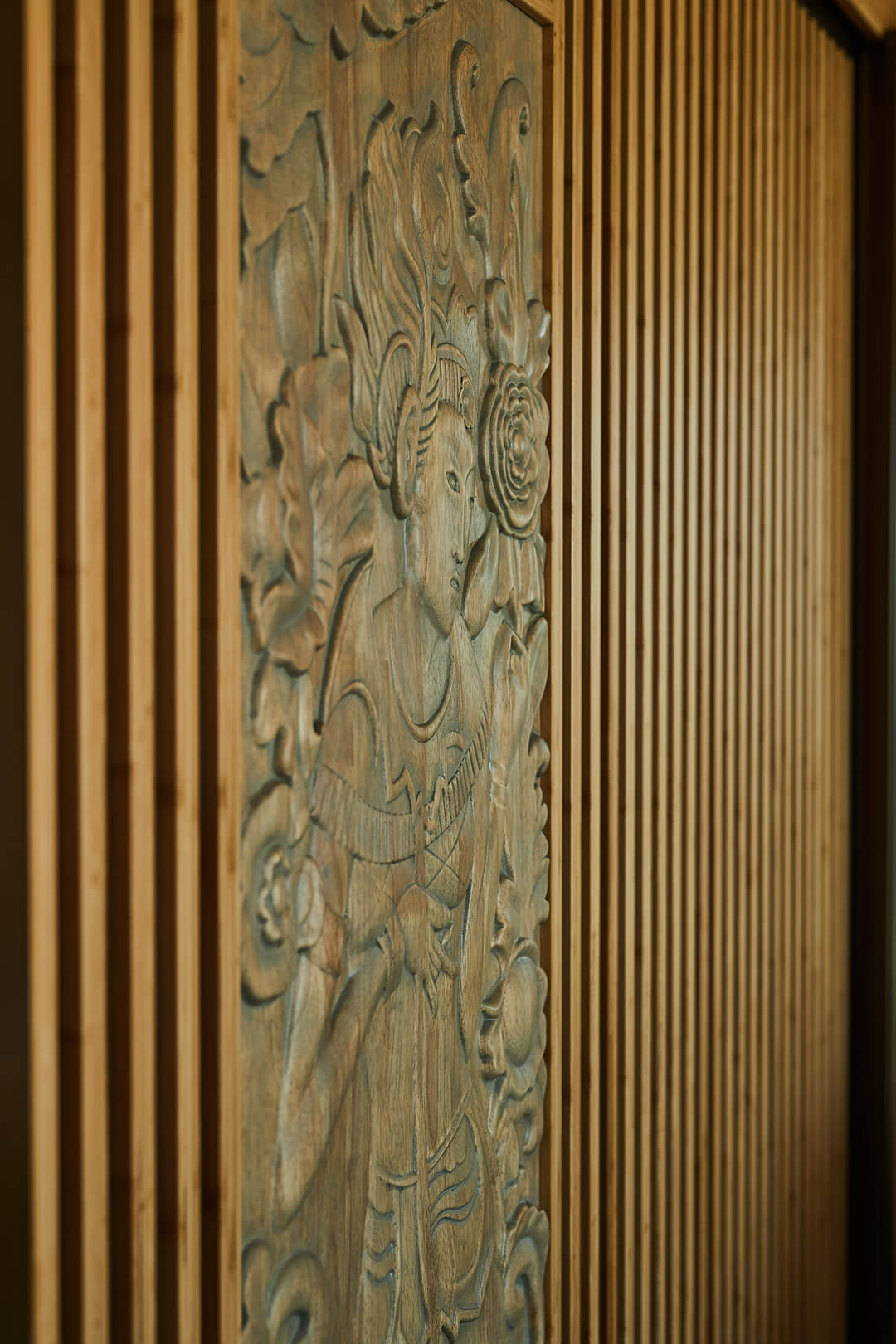 And yet, there is another area where the hotel is being quite sensible: the historical one. The Dutch empire had a reputation for efficiency, but also for ruthlessness: the taste of nutmeg and pepper left a trail of violence and displacement. That’s why the hotel is collaborating with the Tropenmuseum, the largest ethnographic institution in the country, to present a balanced view of the historical logistics and the nuances of cultural property linked to the former port. That is: by fairly assessing the past, this new building in a historically charged site can be better equipped to look to the future.