In London, the un-geeking of VR use while in public has officially begun

For most of its short existence, the use of VR headsets while in public has been deemed awkward by those who aren’t fans, or as geeky when worn by those who are indeed fans. Now, a new venture in hip northeast London is trying to turn the former groups into converts, by throwing into the mix some Blade Runner-style pods, a poke bar and a generous list of craft beers.

Welcome to Otherworld, a virtual reality arcade that achieves the double feat of making the maligned tech both more private – via individual booths – and more social – by way of a thoroughly outfitted food-and-drink bar – at the same time.

Following the functional and visual brief by client The Dream Corporation, the London-based team at Red Deer included a dedicated room with 14 immersion booths that produce heat, wind and scent in sync with the game being played, as well as a neon-lit hospitality station where guests can purchase pan-Pacific bites or cocktails. In the 265-sq-m venue, visitors can rent out 40-minute sessions inside the generously sized pods, where they can fight zombies, climb snowcapped summits or play Angry Birds either on their own or on a multiplayer setting – that explains the friendly taunts and simultaneous grunts that can be heard inside the space when the games are on. 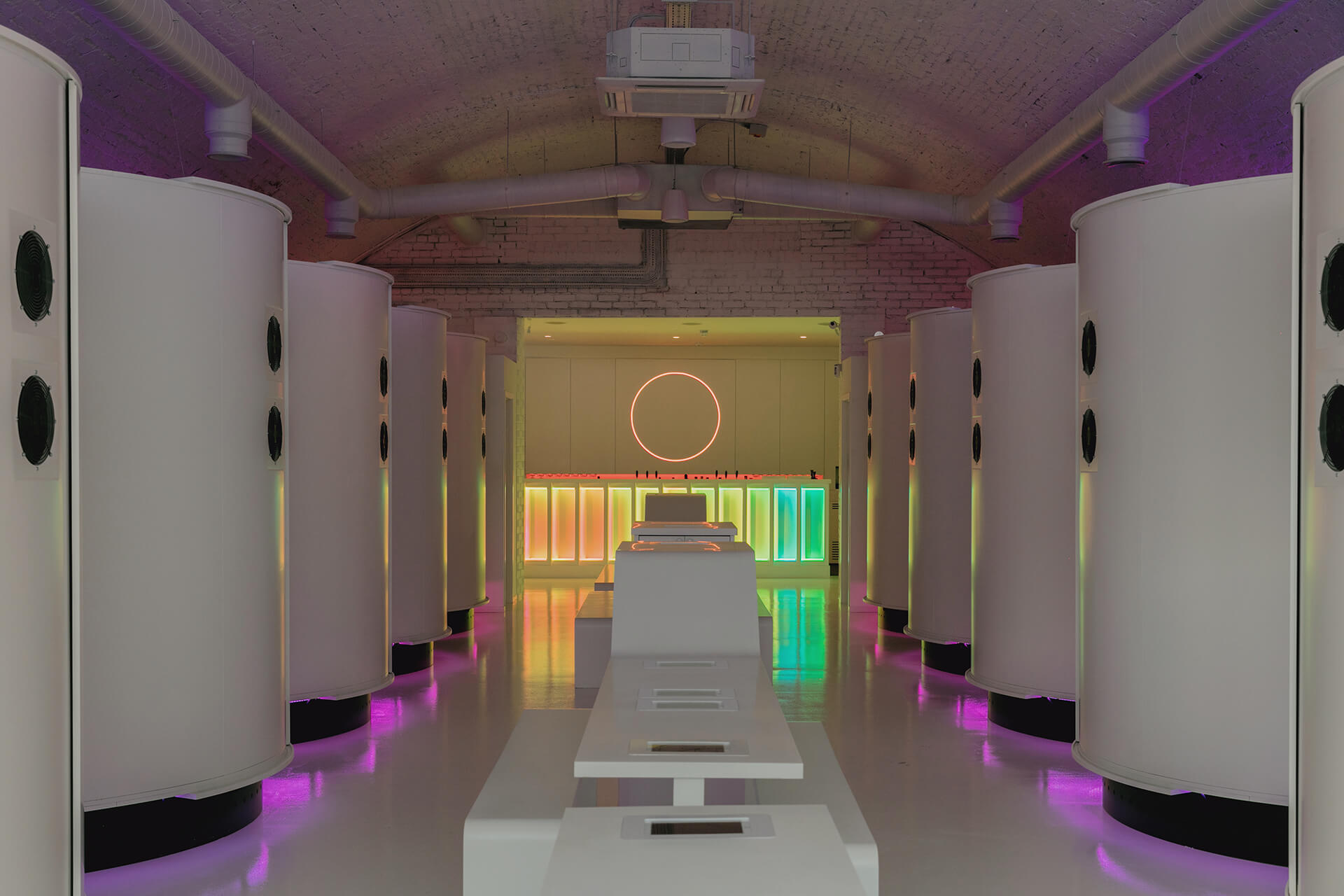 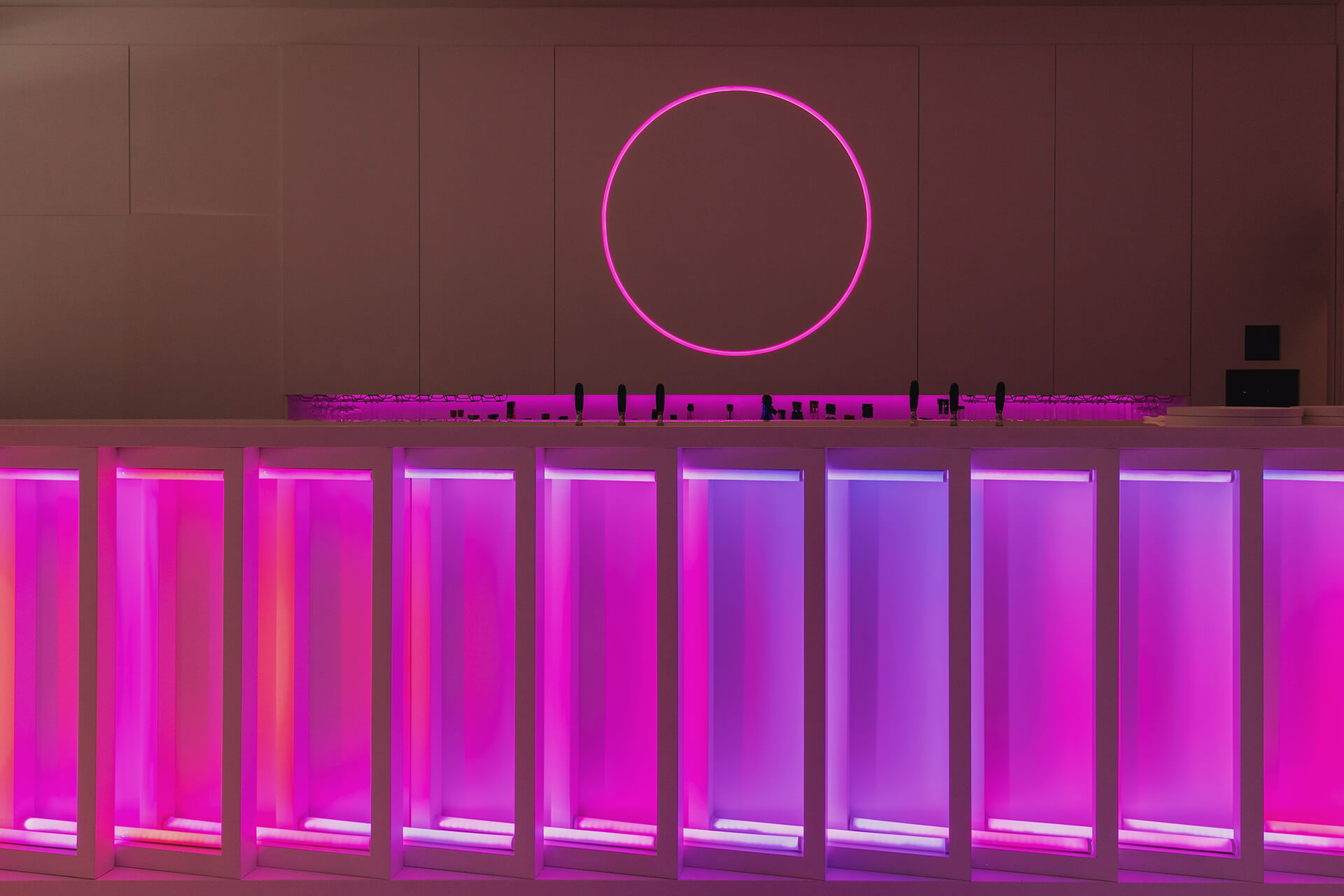 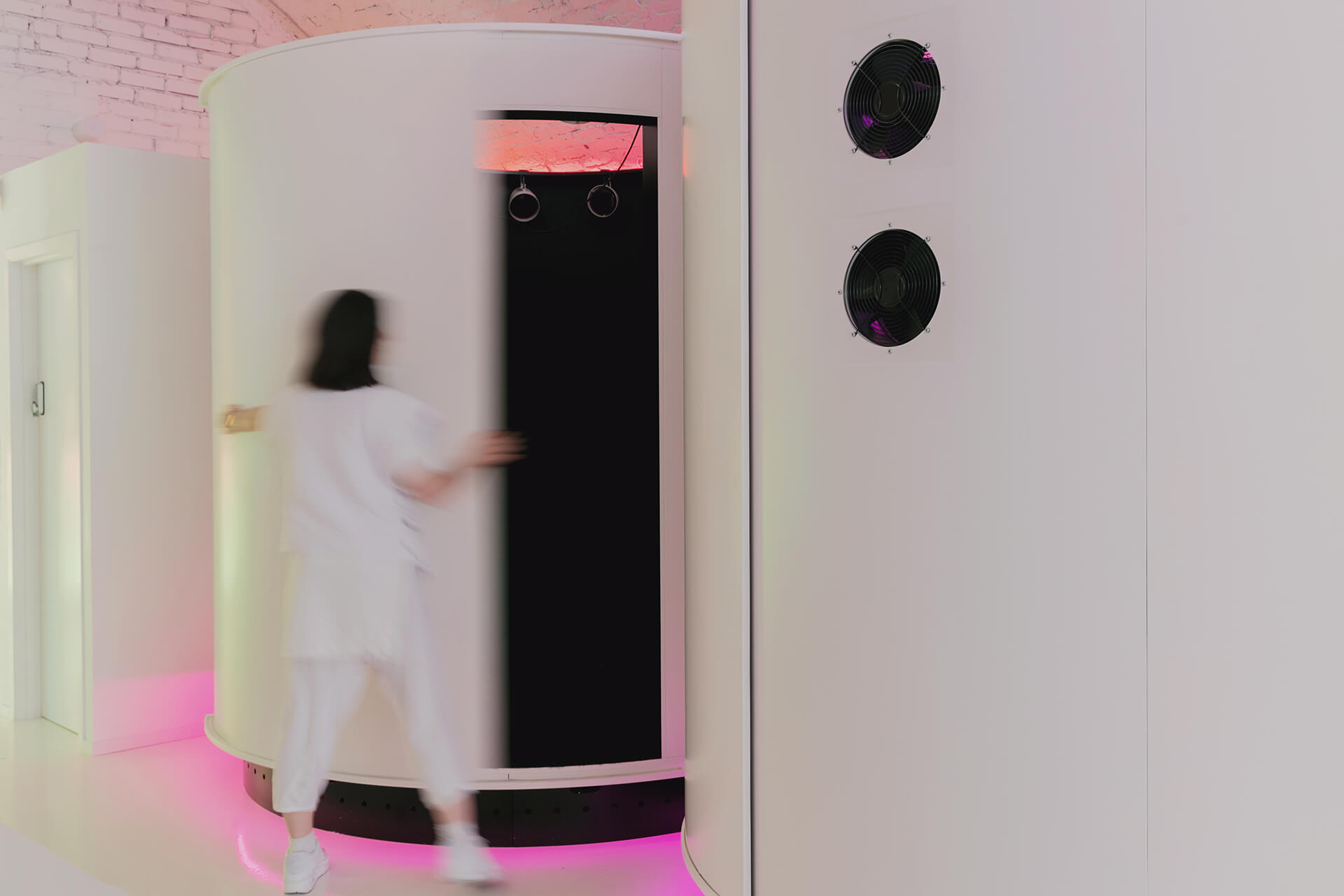 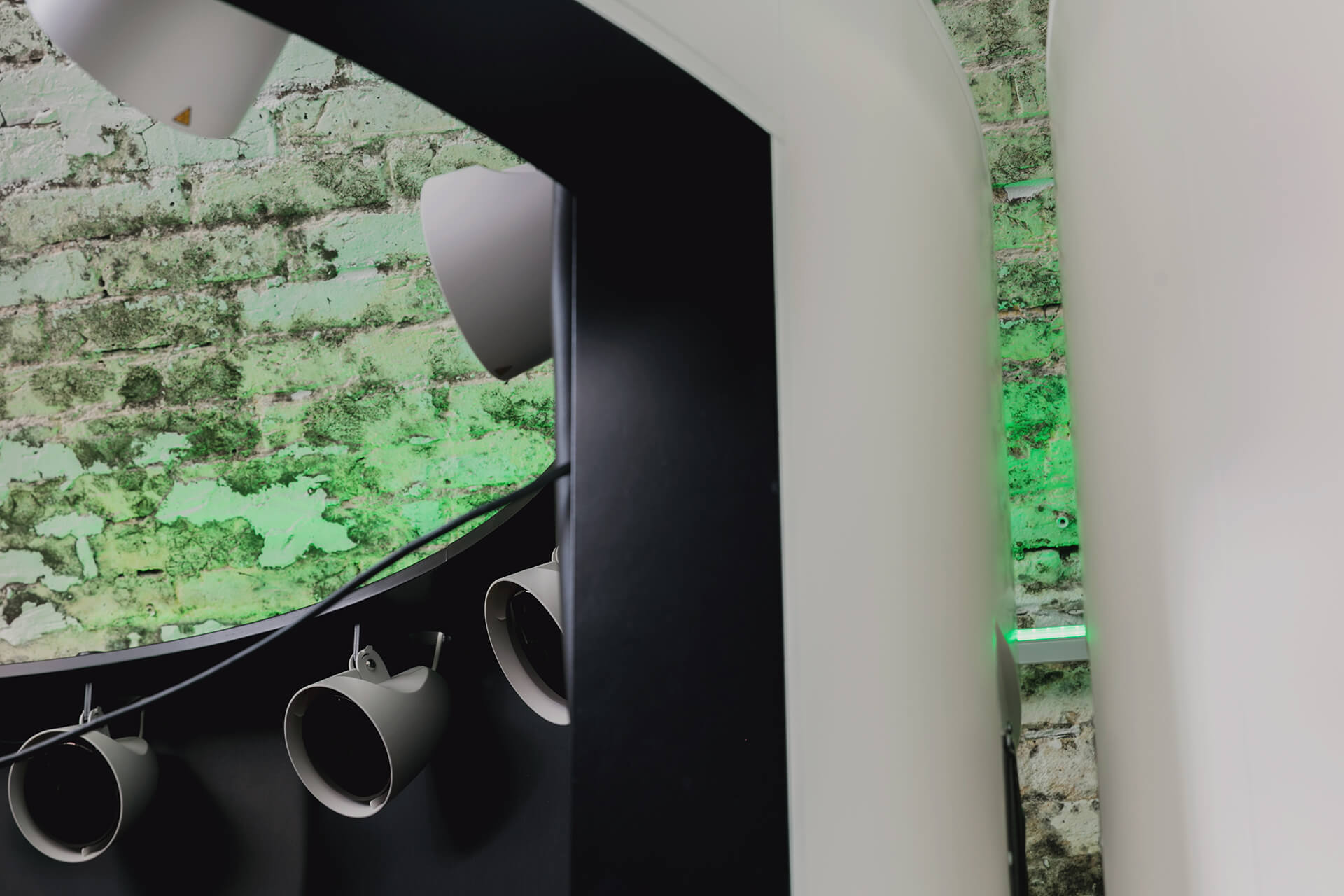 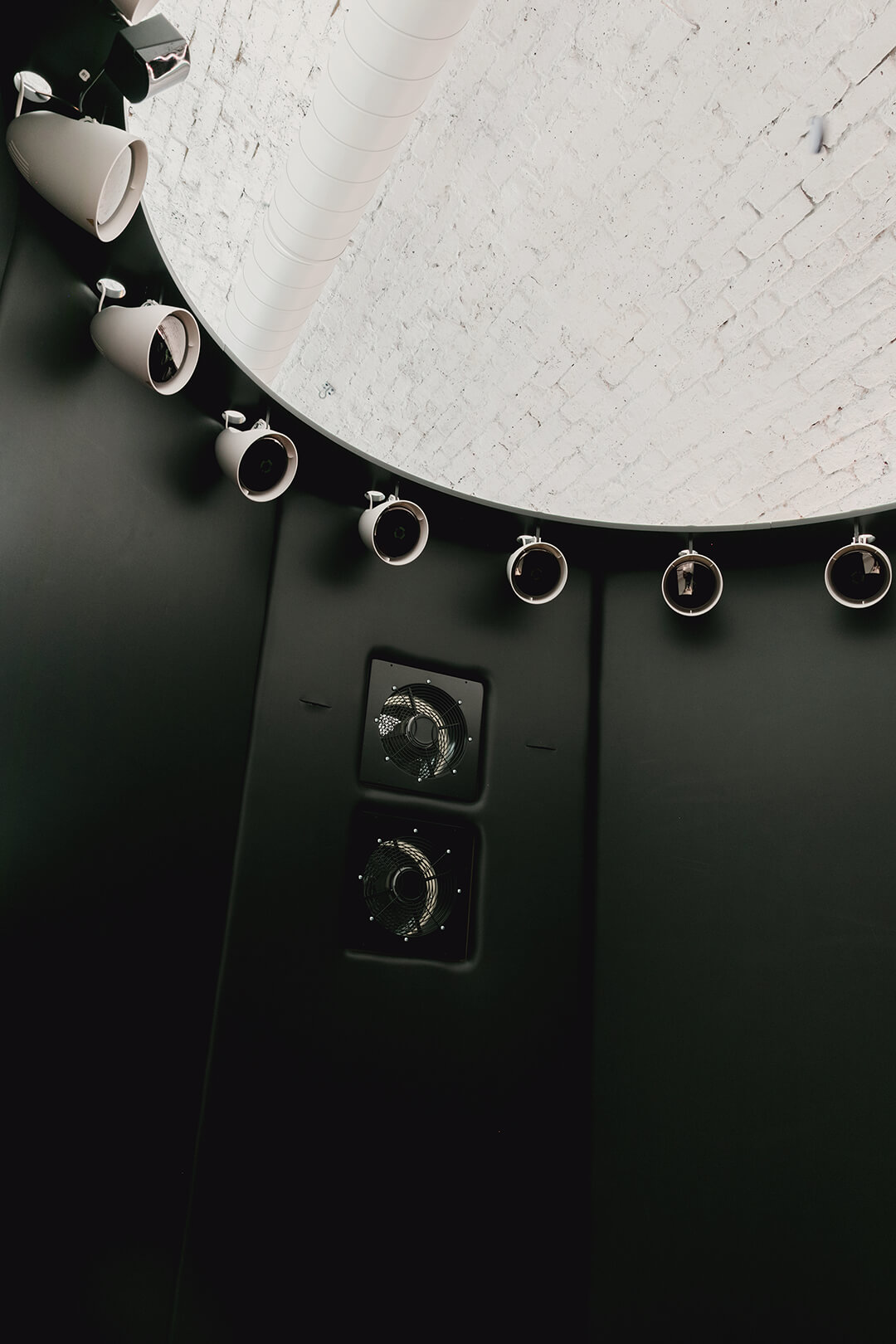 But why private pods? ‘During our research, we found that people weren’t really letting go because they were afraid of being laughed at — if no one can see the perspective of the person immersed, they just look like an idiot,’ explained Red Deer’s Lucas Che Tizard. ‘And the goggles cut off your vision and your hearing, so you end up feeling very physically vulnerable.’

And why the social centrepiece? Because for too long, the Otherworld team thinks, VR has carried the stigma of being a nerdy and solitary activity. With an added hip layer, they hope, renting a session at the local arcade for personal relaxation or social purposes can become as commonplace as going to the movie theatre. As the tech has constantly stumbled in its path towards mass adoption, this type of strategy might just be the thing it needs.