In this hotel suite by Bompas & Parr, veganism goes past the room service

Grocery lists of the past used to read: two per cent milk, red meat, that celebratory end-of-week pint of cookie dough that would mysteriously disappear before Friday came around. Now, for many­ – vegan or not – they’ve been scratched out in bold, replaced by Oatly (the reigning monarch of plant-based milks), veggie burgers so believable faux grill marks appear as you cook them and the same pint of cookie dough – except now the slightly more expensive, no-dairy, gluten-free variety.

Vegan companies exercise impressive power in enticing even the most active of carnivores to adapt their lifestyle choices. And that’s not just in the supermarket: the first vegan fashion week was recently held in Los Angeles, Tesla’s highly anticipated Model Y is leather-free and it’s becoming increasingly less common to see ‘Tested on Animals’ on beauty and skincare products.

Bompas & Parr’s vegan hotel suite for Hilton London Bankside is a harbinger of how our progressively herbivorous tendencies will affect interiors. The project comes at an appropriate time, as all design industries answer the deafening demand for conscientious, sustainable alternatives. It’s the first of its kind – the suite was wholly created using natural materials, fibres and surfaces – none of which took animal by-product to make. 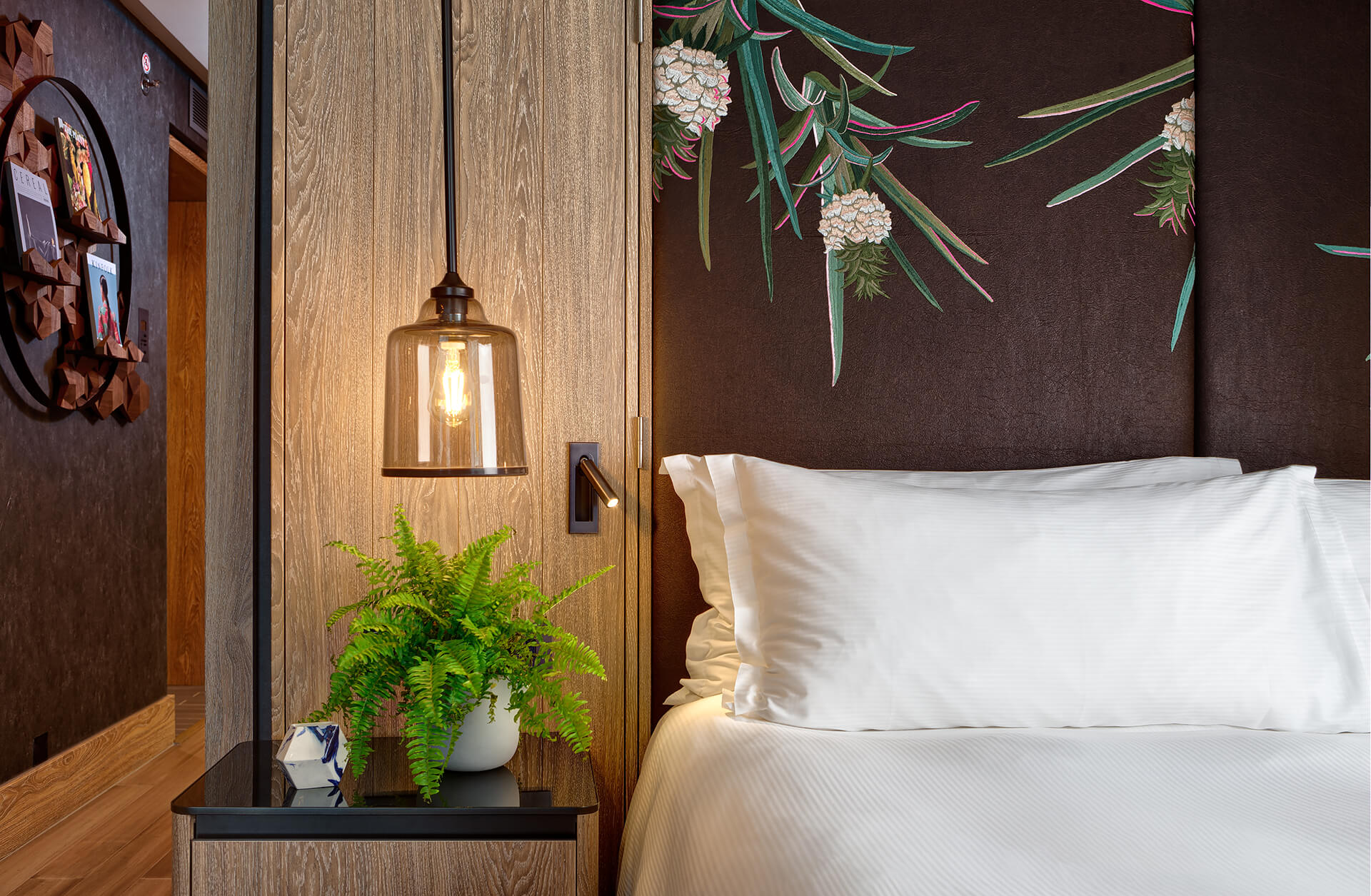 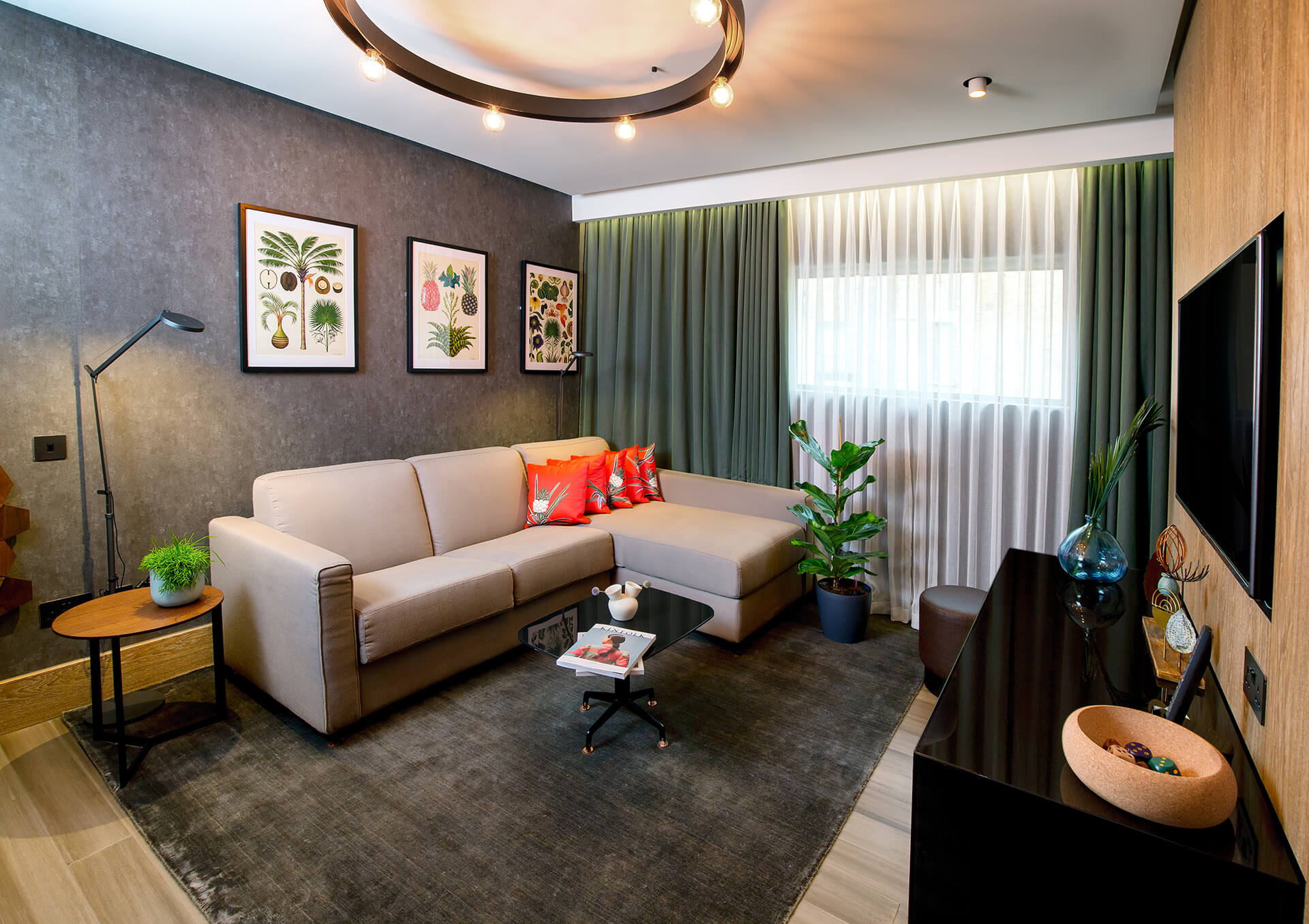 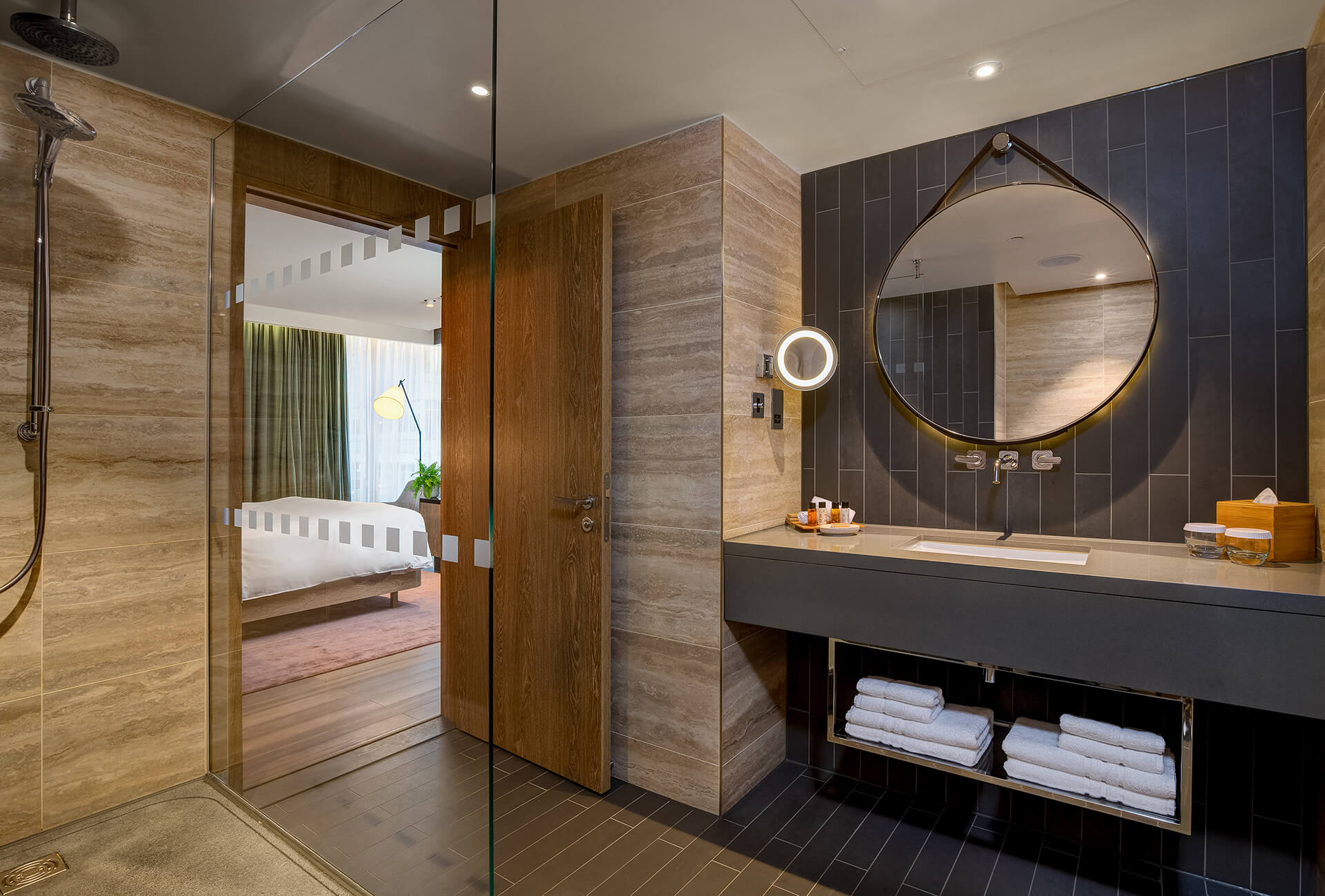 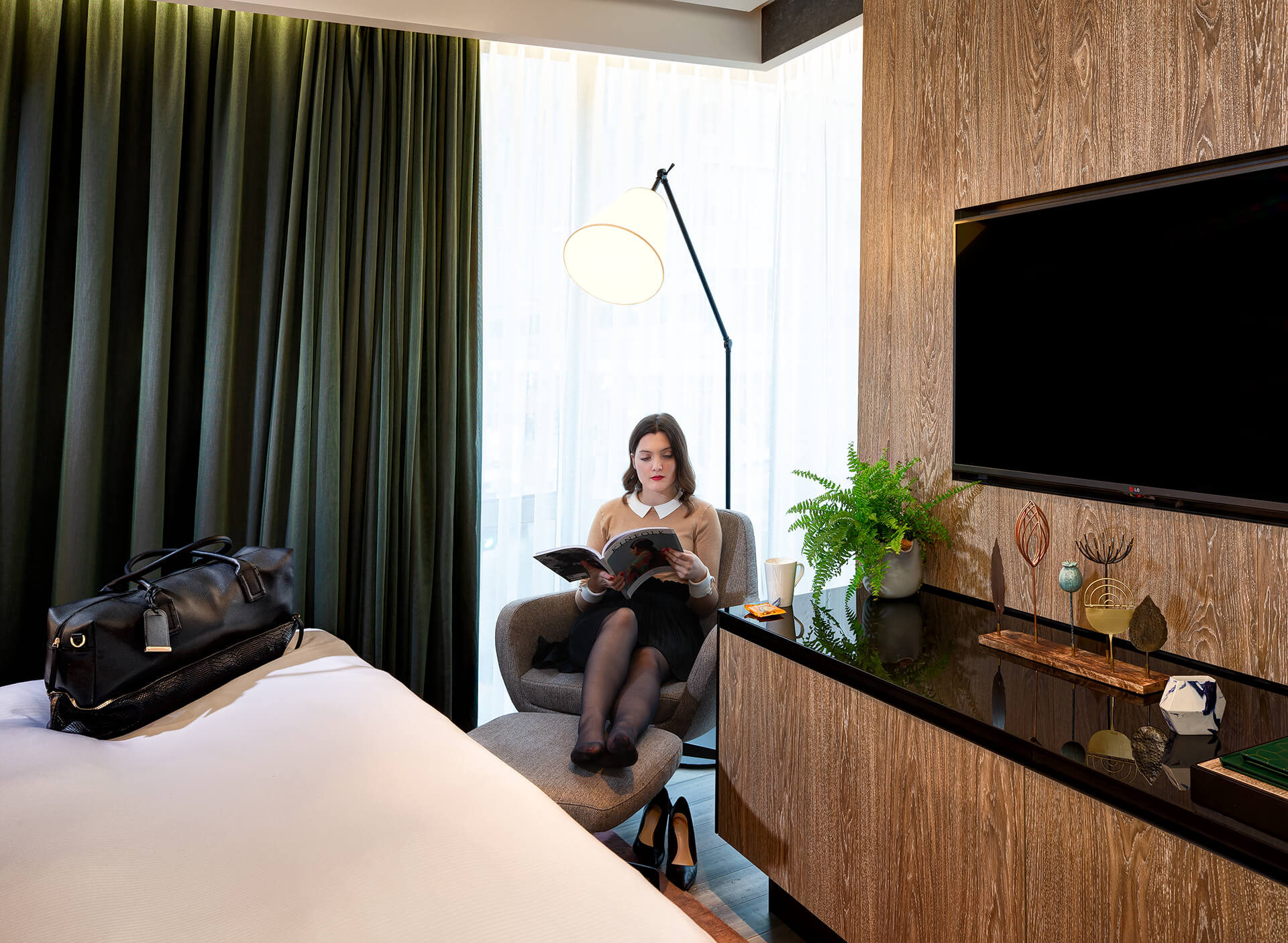 But what is luxury hospitality if not the promise of down pillows, brushed wool throws or buttery leather chairs? For Bompas & Parr, it can come to mean something else – cotton carpets, bamboo rugs and flooring, alternative silks and buckwheat cushions. But most central to the design for Hilton Bankside was Piñatex: a leather replacement made from the fibres of pineapple leaves. The team collaborated with the developers at Ananas Anam, a London-based company headed by Dr. Carmen Hijosa, who knew over seven years ago that PVC materials would not be a viable solution to the leather industry’s devastating supply chain.

The pineapple itself is an important reference to the hotel’s environs – the Southwark borough of London has a rich botanical history. It was inspiration for featured artworks made from recycled material by botanical designers and artists like Katie Scott and Emily Potter.

As the vegan landscape flourishes, it is becoming essential to consider veganism in design

‘As the vegan landscape flourishes, it is becoming essential to consider veganism in design,’ said Lily Carver, a designer at Bompas & Parr. ‘Passionate consumers are already driving the demand for vegan products, accessories and furniture. We are sure to soon see veganism applied within architectural design, travel and business through a reduction of carbon footprints, future development of materials and cruelty-free fabrication processes.’

This is hardly a fad – there are over 3.5 million people in the UK who identify as vegans, and globally, that number grows every day. It’s time for the hospitality industry to step up to the meat-free plate: in following Bompas & Parr's example, it may not be long before we see an entirely vegan hotel.