In anticipation of the first-ever Frame Awards prize-giving ceremony in February – and an approaching submission deadline of 1 November – we present the jury responsible for nominating the finalists and awarding the winners of Co-Working Space of the Year, and Large and Small Offices of the Year.

Representing different facets of the industry, each member of this jury contributes a unique perspective on workplace design. Our panel of judges is an impressive group of professionals that we think deserves a proper introduction. 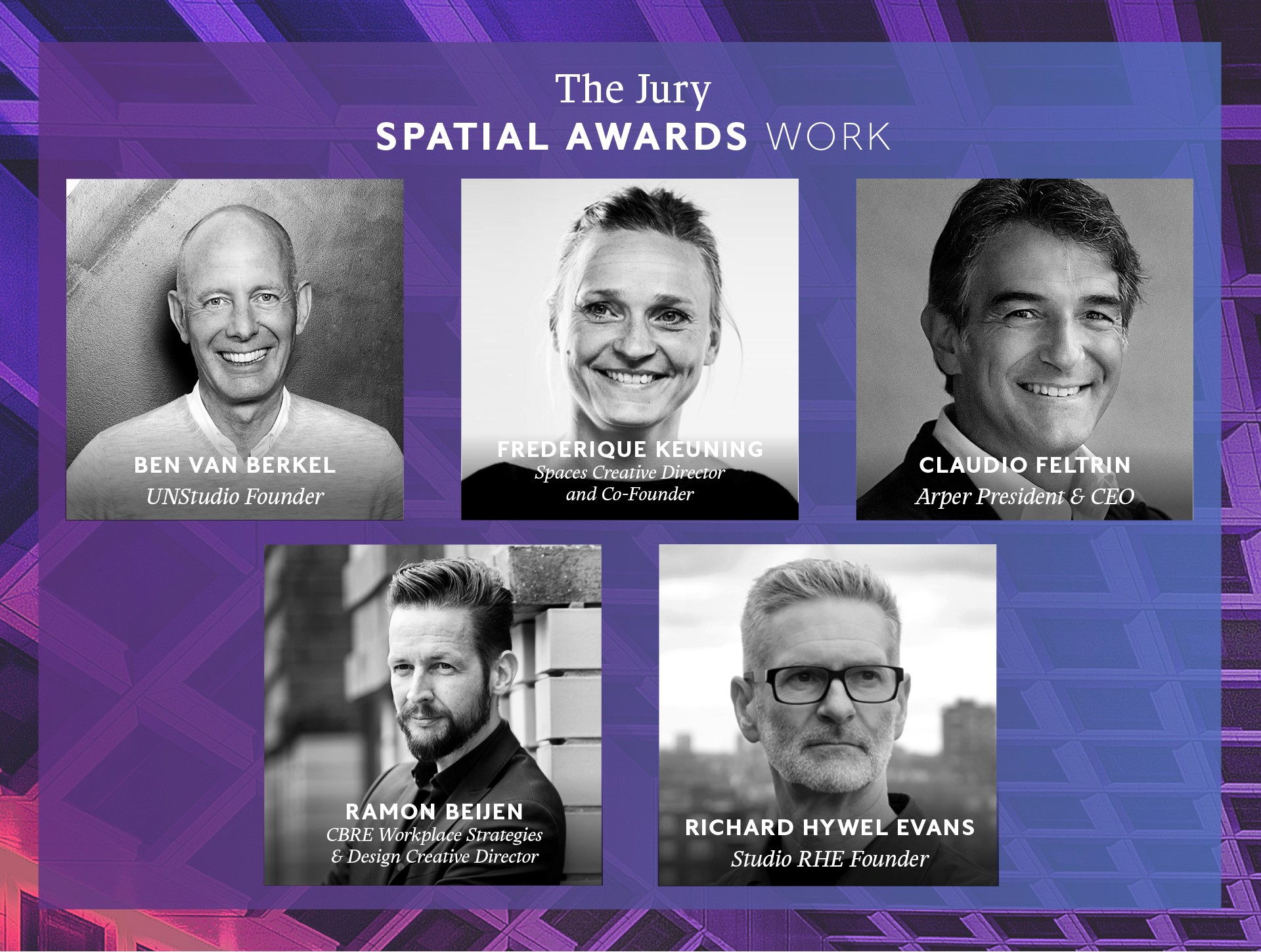 Ben van Berkel
Ben van Berkel is the founder of UNStudio, specializing in architecture, urban development, and infrastructure projects with a vast portfolio including works such as the Mercedes-Benz Museum in Stuttgart, Germany, and the Singapore University of Technology and Design. Currently holding the Kenzo Tange Visiting Professor’s Chair at Harvard University, he has been invited to lecture at architecture schools around the globe, sharing his experience of almost thirty years in the industry. Projects he is currently engaged with include the Qatar Integrated Railway Project and the Canaletto Tower in London.

Frederique Keuning
Entrepreneur Frederique Keuning dabbled in the marketing, publishing, and technology fields before co-founding the workspace brand Spaces in 2006. Seeking to foster creativity and promote networking, Spaces has spread throughout the world with locations spanning five continents. Keuning currently serves as creative director of the company, ensuring consistent implementation of brand values across the globe. Redefining the relationship between technology, space, and society, she is an innovator in workspace design and the first to introduce the now ubiquitous concept of co-working to the Netherlands.

Claudio Feltrin
President and CEO of global furniture company Arper, Claudio Feltrin has been expanding the family business from its Italian roots since the 90s. His passion for architecture and design combined with his business prowess has led Arper to become an internationally renowned company, hinging on the concept of soft contracts that allow designers to lead innovations into workplace design. Arper has been recognized with numerous accolades including multiple Red Dot Awards, Best of the Best at the Iconic Awards, and the Architizer A+ Awards.

Ramon Beijen
As workplace strategies and design creative director at Amsterdam-based architecture firm CBRE, Ramon Beijen oversees the concept development and interior design of international projects. In his twelve years with the firm he has attracted clients such as Booking.com, HEMA, Unicef, and MediaMarkt. Currently working on the new European headquarters of Asics, he has accumulated vast knowledge in the industry of workspace design, staying informed on current trends and conducting case-specific research to implement unique solutions.

Richard Hywel Evans
Having founded Studio RHE in 1997, Richard Hywel Evans resides in London where he continues to take on residential, leisure, and workspace projects around the world. His design solutions are innovative, dynamic, and cover a variety of aesthetics from luxury hotels in the Caribbean to tech-industry offices in London. Prior to founding his own studio he worked in Australia collaborating on projects such as the Sydney Aquarium and Bond University. He takes special interest in how materials can be used in harsh environments, and has been published in The Times and The Guardian with his work featured in architecture programmes by CNN and BBC4.

This jury will select the nominations for the following Spatial Awards:

Visit the Frame Awards website for more on the juries and categories.