Is the construction industry set to embrace mass timber?

The French government is poised to pass a law that stipulates that new public buildings will have to be built from 50 per cent biobased materials from 2022. It’s a timely shot in the arm for evangelists of mass timber construction (otherwise known as cross-laminated timber or CLT). Many have been frustrated by the slow uptake of such materials, despite their ability to significantly reduce the environmental impact of the construction industry, producer of upwards of 40 per cent of global carbon emissions according to some estimates. Timber construction does double duty in the battle against global heating, not only replacing carbon-intensive materials like steel and concrete, but also acting as a carbon sink.

The newly proposed legislation builds on commitments already in place for the development of Paris’s 2024 Olympic complex, which state that any building under eight storeys will primarily be constructed using timber. ‘There is no reason that what is possible for the Olympics should not also be possible for ordinary buildings,’ argued Julien Denormandie, the French Minister for Towns and Housing.

Advocates for mass timber cite not only its substantial green benefits, but also increased speed in construction, a reduction in dust and noise pollution, and better thermal performance. Add in the potentially huge cost savings over current alternatives once a robust mass-timber ecosystem is established and customer demand for biophilic spaces that incorporate more natural materials, and it would seem obvious for developers to champion wood. 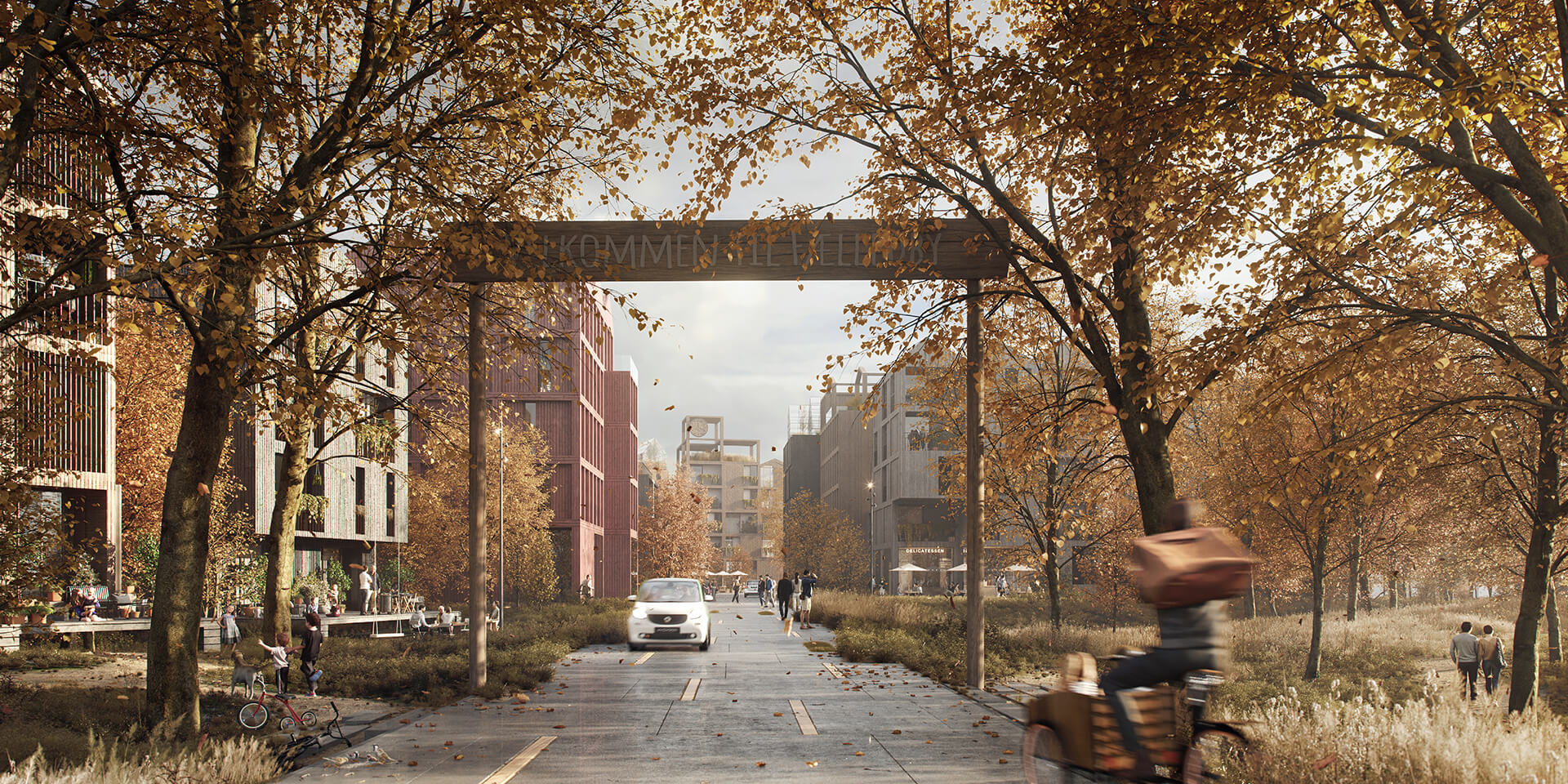 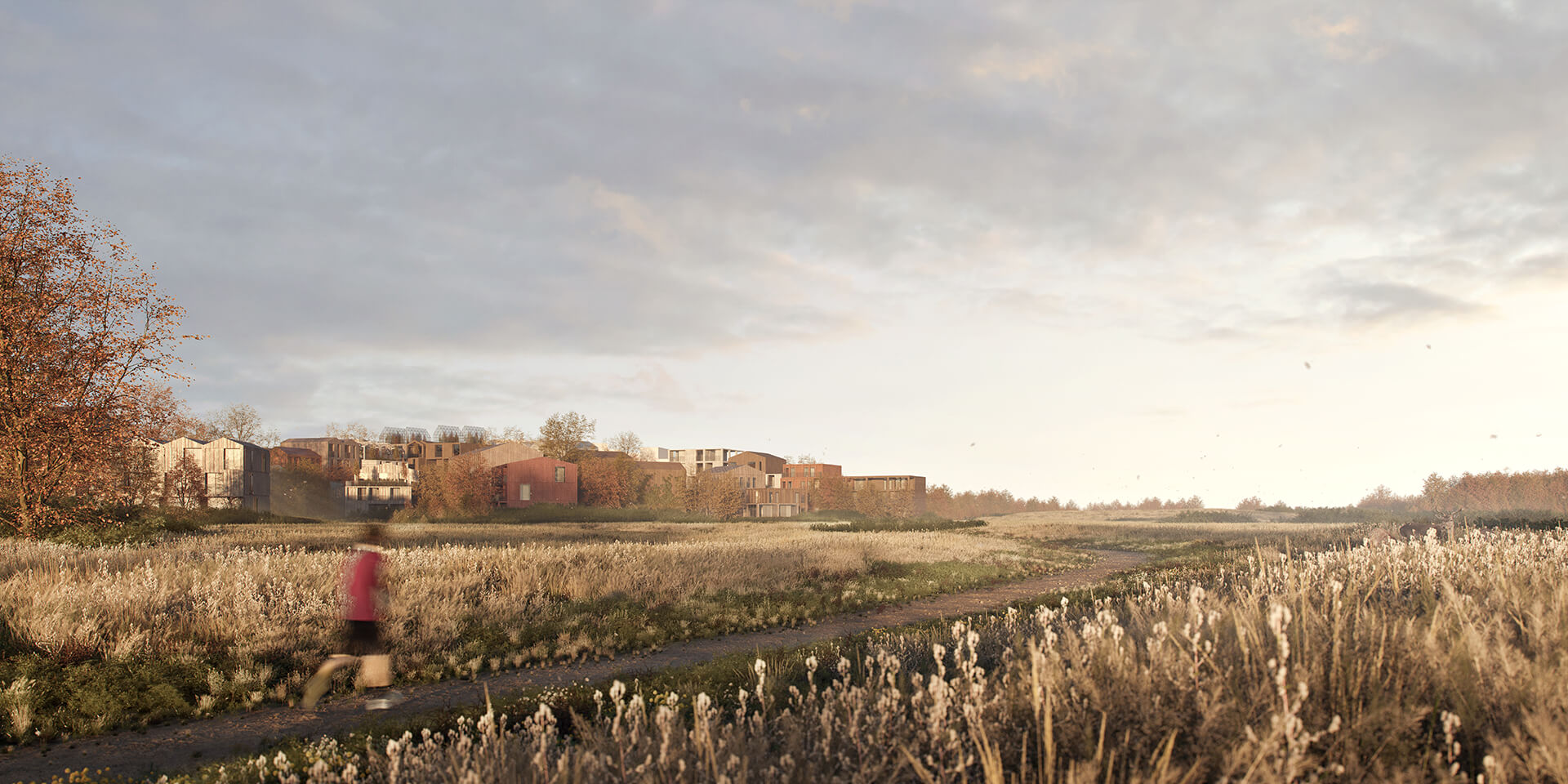 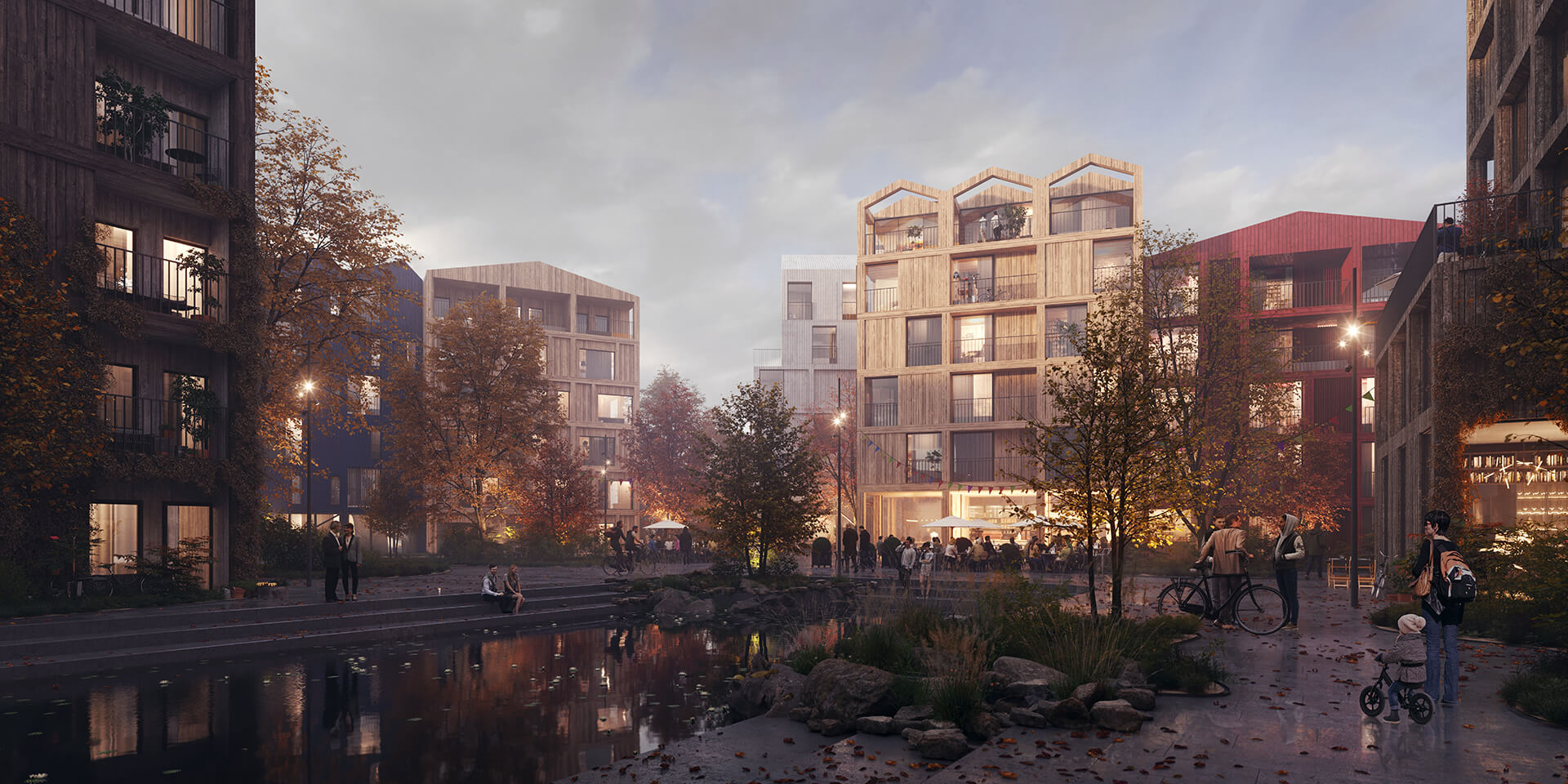 Henning Larsen's proposal for the new neighbourhood of Fælledby in Copenhagen.

So why hasn’t the material already been adopted more widely? Experts caution that, without proper management of the complex systems required to grow, log, transport and process trees for CLT, any environmental benefit will likely be wiped out. There are also concerns that an increase in monocultural forests planted to supply the industry could create ecological deserts. Other factors are more insidious, particularly in the US, where archaic fire regulations prevent the creation of wooden structures over six storeys and negative lobbying by national concrete and steel bodies – most recently against proposed government grants for wood construction – have hindered progress.

Within five years, or a little less, the question “should this be a mass-timber project?” will be confronting most commercial projects

It’s hoped that initiatives like that proposed by the French government will help remove such barriers to the global growth of the industry though increased investment in R&D and strengthening of supply chains. In addition, some of the most advanced forthcoming urban development projects will all use mass timber at a scale not yet witnessed. Sidewalk Lab’s now-cancelled redevelopment of the Toronto waterfront, Henning Larsen’s proposal for the new neighbourhood of Fælledby in Copenhagen and BIG’s design for Toyota’s Woven City near Tokyo could set a precedent for more liveable forms of urbanism based on wooden infrastructure. With Navigant Research estimating that two billion square metres of new building stock will be required every year between 2019 and 2025 if these developments make mass timber aspirational, it could prove central to achieving climate targets.

Despite the first US CLT plant opening in only 2015, even this most hesitant of markets will likely find it hard to continue to ignore the benefit of building with wood. Proposed changes to building codes could soon see maximum structures heights extended to 18 storeys. Speaking to Autodesk recently, Andrew Tsay Jacobs, director of the Building Technology Lab at Perkins+Will in Los Angeles, predicts that: ‘Within five years, or a little less, the question “should this be a mass-timber project?” will be confronting most commercial projects.’

This piece was originally featured in our latest issue, Frame 134. Find out how to download a free copy of the magazine here.