Vietnamese architects such as Vo Trong Nghia have fought hard to bring back biophilia into their homeland, whose cities have ‘lost their tropical beauty’, says Trong Nghia. The architect’s tactic was to bring pockets of greenery into glass-and-steel-dominated cities, resulting in projects such as Ho Chi Minh City’s Breathing House.

In Vinh, near Hanoi, LAVA wanted to ensure Vietnam’s next generation gets a daily dose of nature while learning. Together with local interior design company Module K, the architects conceived EcoKid Kindergarten as three semicircular buildings over three levels. The buildings are connected by bridges, forging a series of transitions between indoor and out.

Chris Bosse, director of LAVA, calls it ‘an education project for the future generation’. There’s a movement towards classrooms being ‘defronted’. The term describes a configuration with no teacher at the head of the room because there is no defined head of the room. ‘Rather than a sterile box with a teacher in front and kids in rows listening,’ says Bosse, ‘we created a learning environment where discovery, curiosity, interaction with nature and activity-based learning are encouraged to promote children’s holistic development.’ 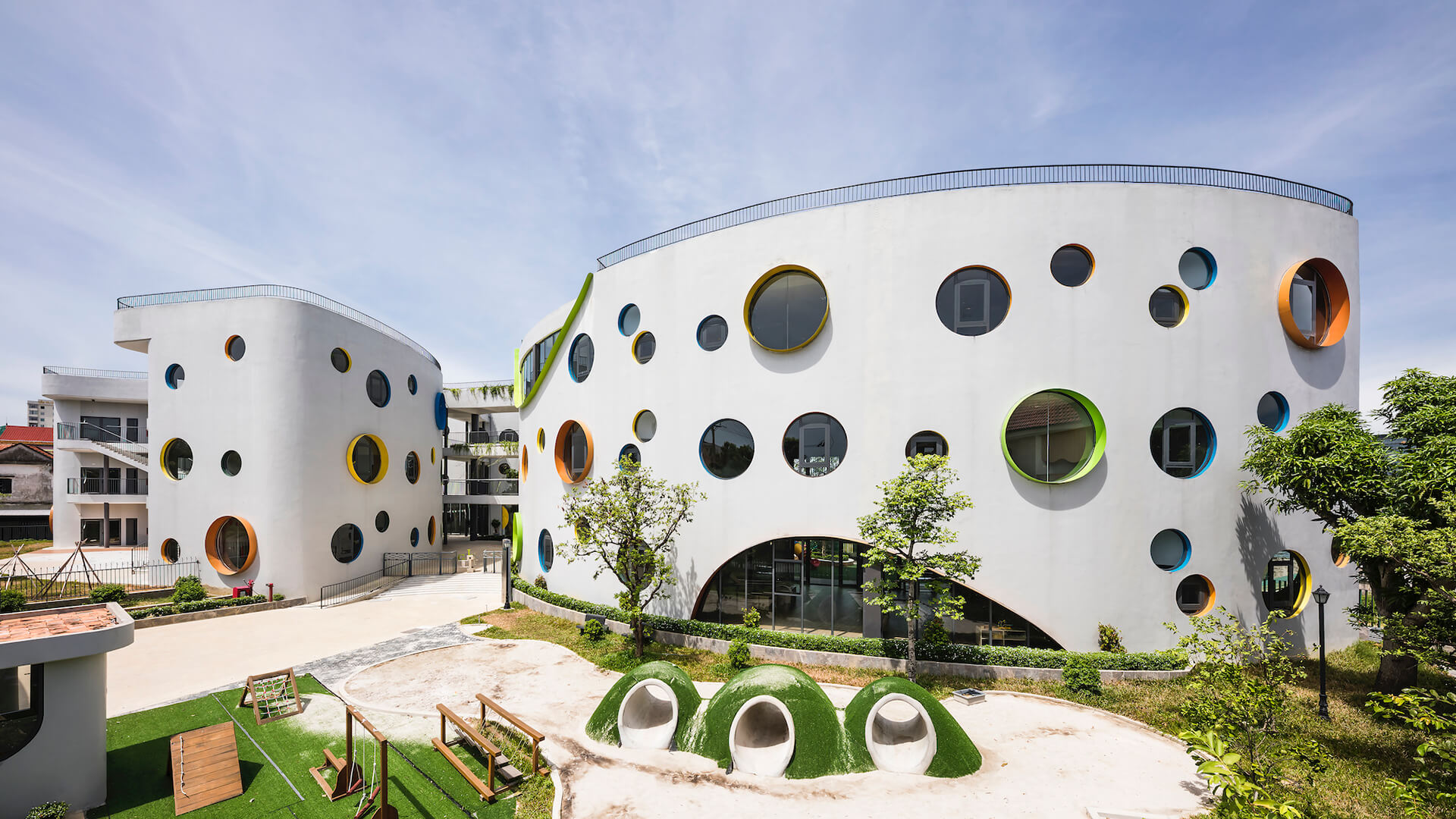 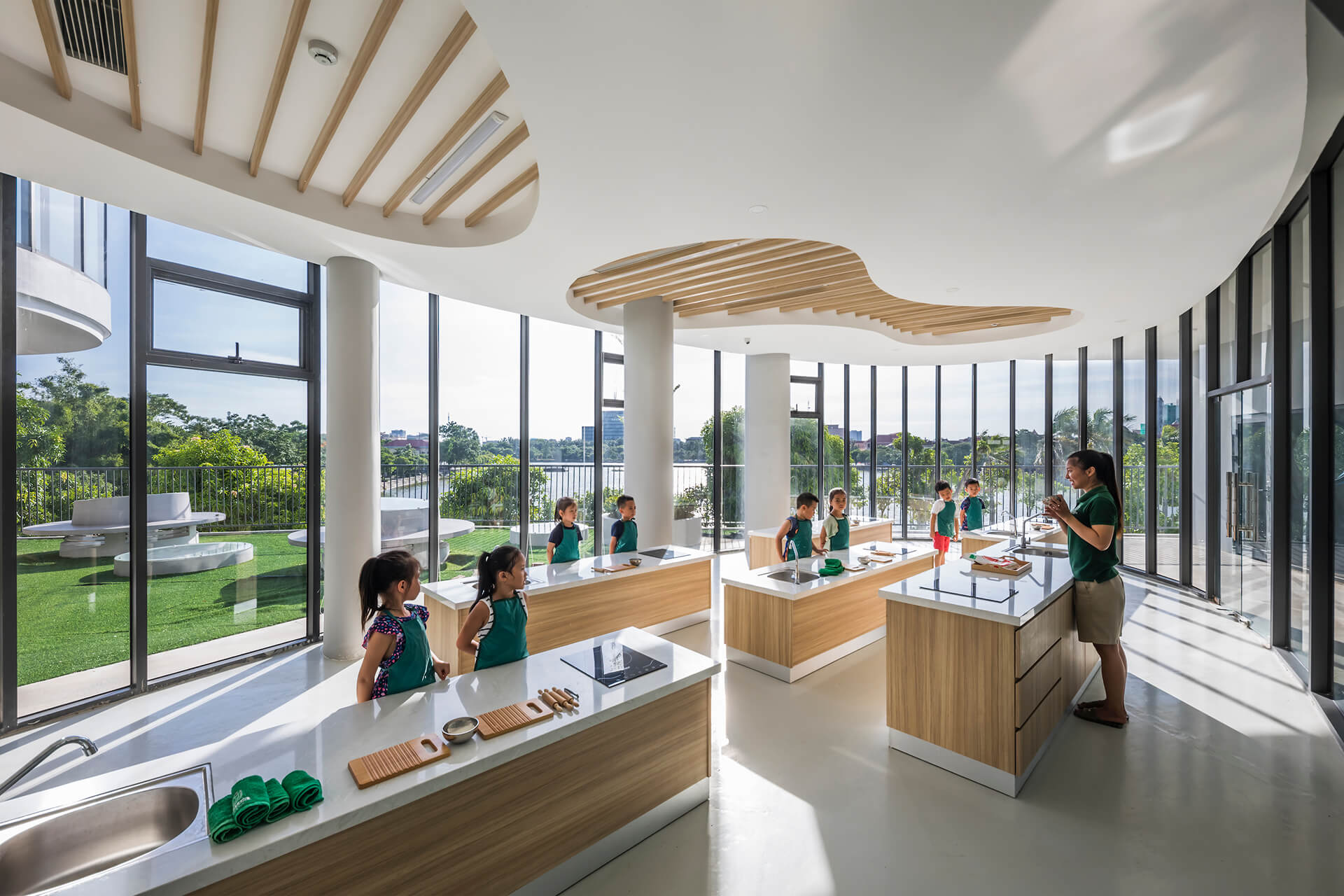 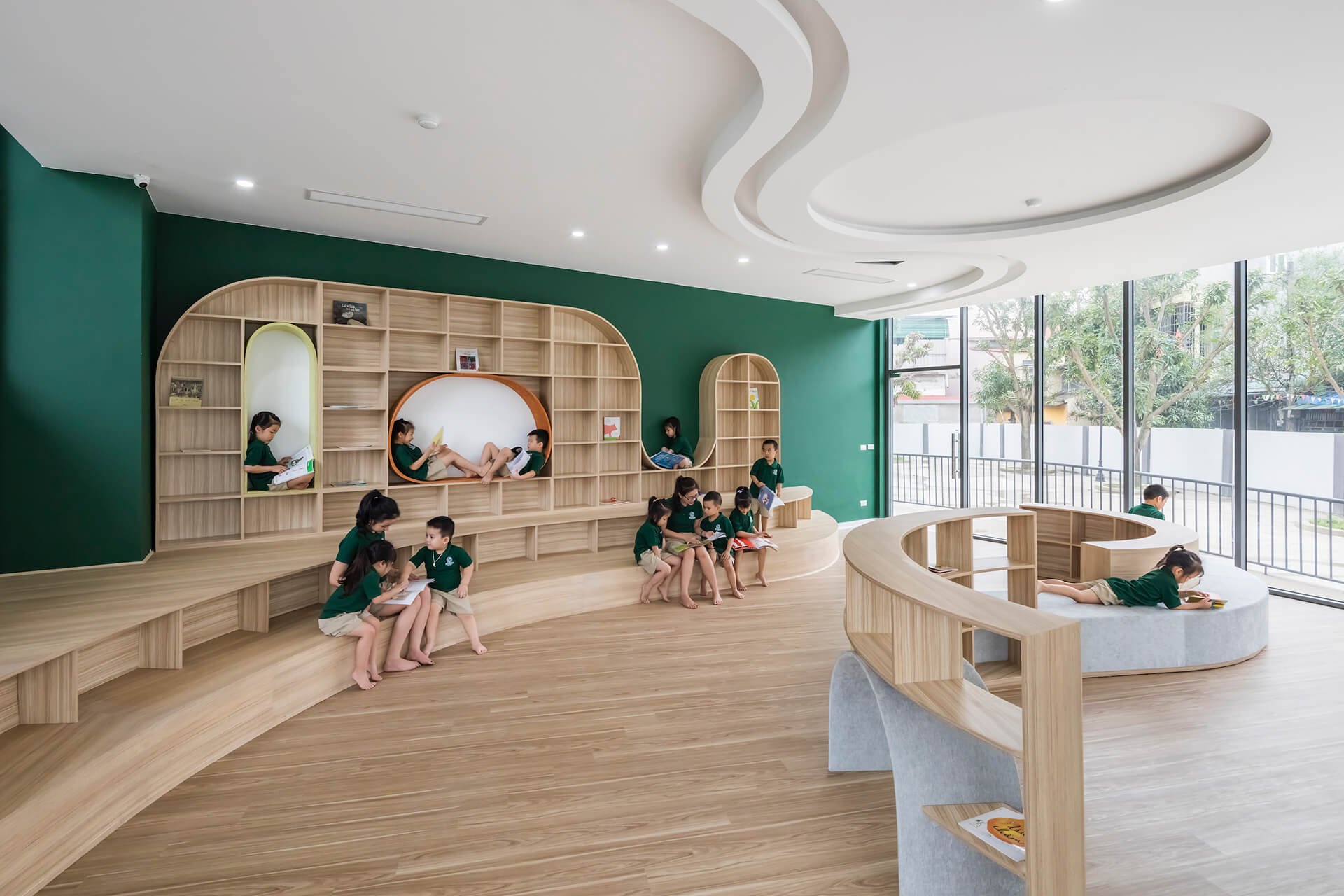 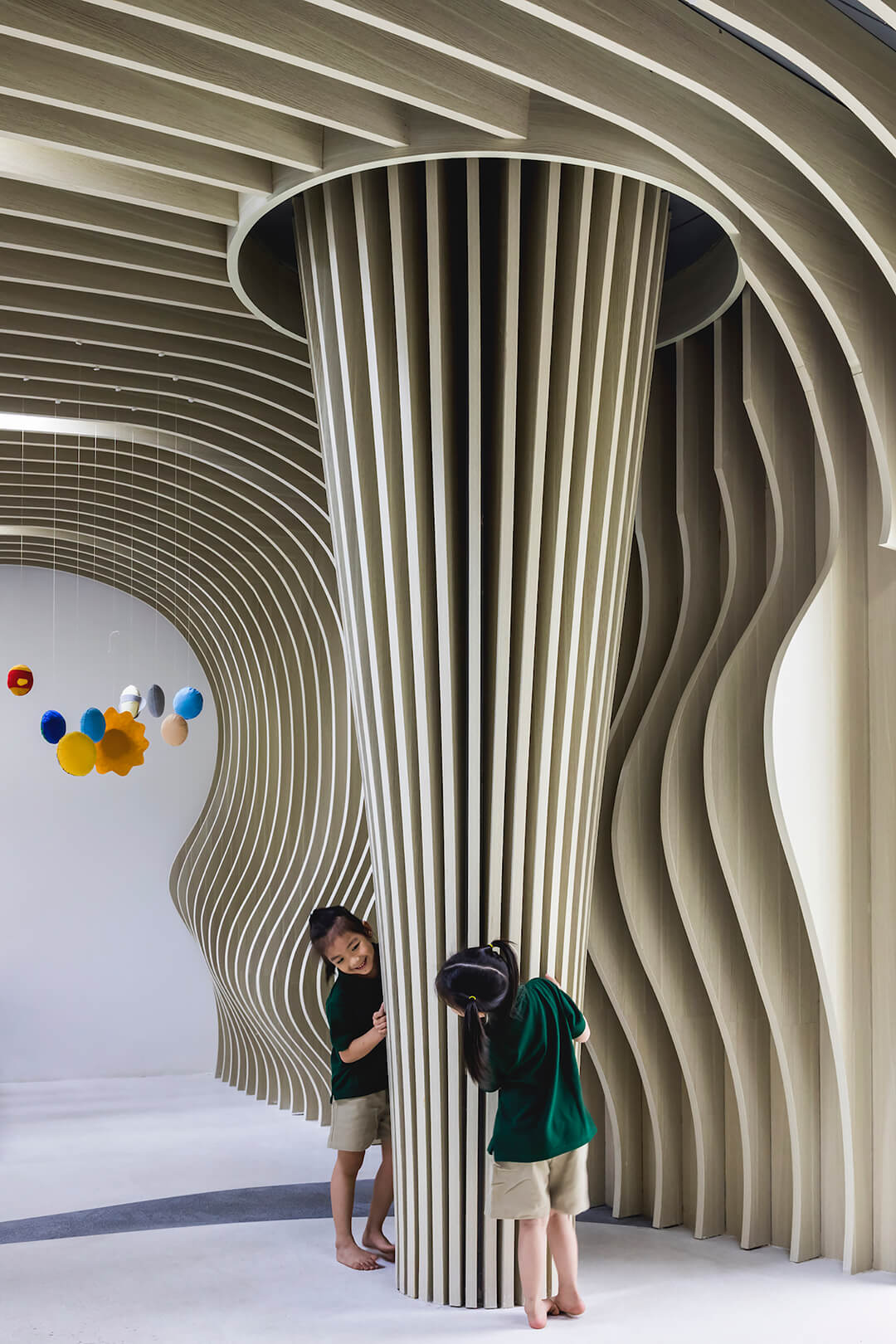 To realize this vision, the architects employed a nature-based design language. Organic shapes feature heavily, with the buildings’ curvature maximizing views of the adjacent Goong Lake, and gardens are included on every level. Natural materials such as wood and concrete are also prevalent.

Rounding off the biophilic concept, the outdoor spaces are based on the five Feng Shui elements: wood, fire, earth, metal and water. Plants and trees fulfil the wood factor while bringing the added benefits of greenery, a kitchen represents fire, sandpits and mounds are the earth and playground equipment is made from metal. The fifth element, water, is expressed as water features.