To engage with ritual is to participate in historic choreography. The ceremony of preparing tea comprises a number of repeated patterns featuring culturally significant objects as well as the tea that is consumed. One of the methods used in Cha Dao, a traditional Chinese tea ritual, is to pour nearly boiling water over the cups and pot to bring them up to a specific temperature to receive the tea. 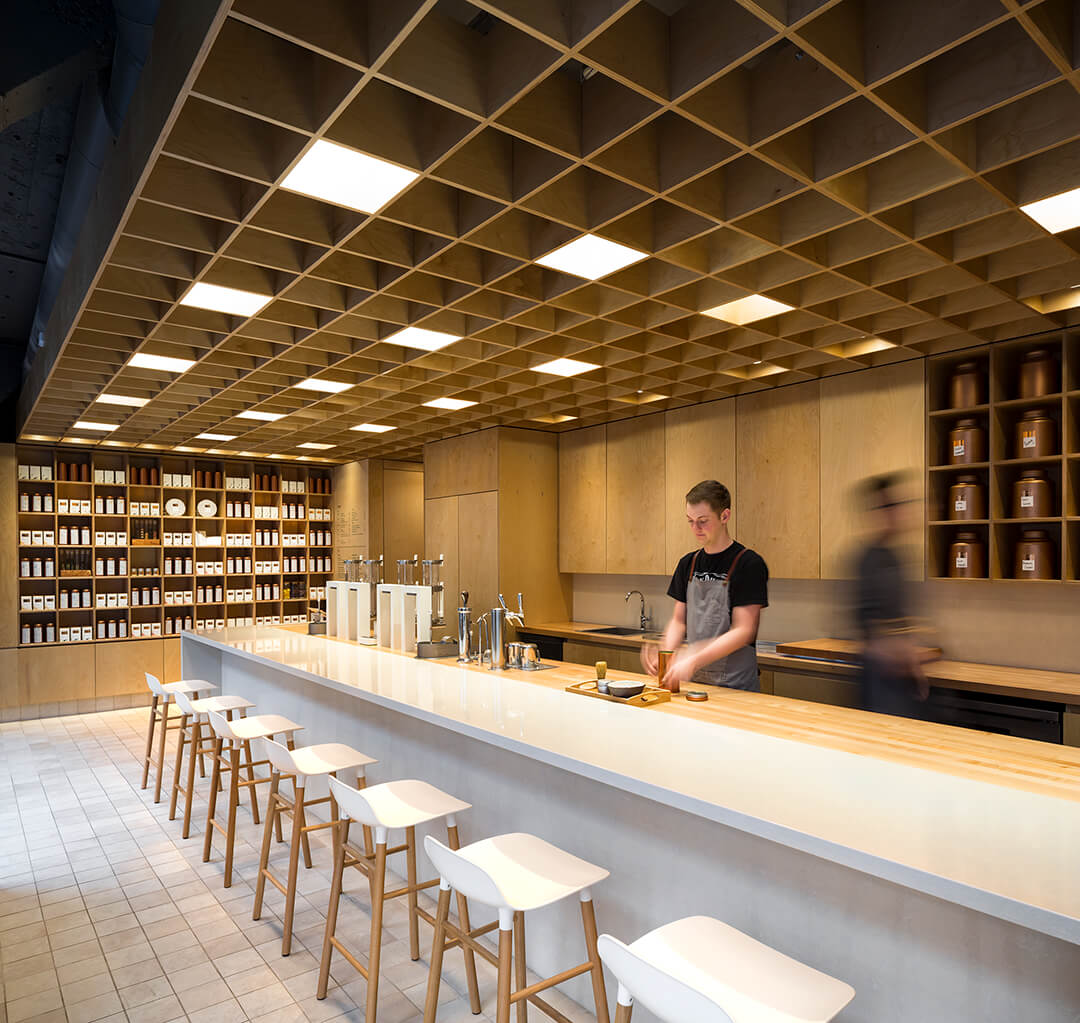 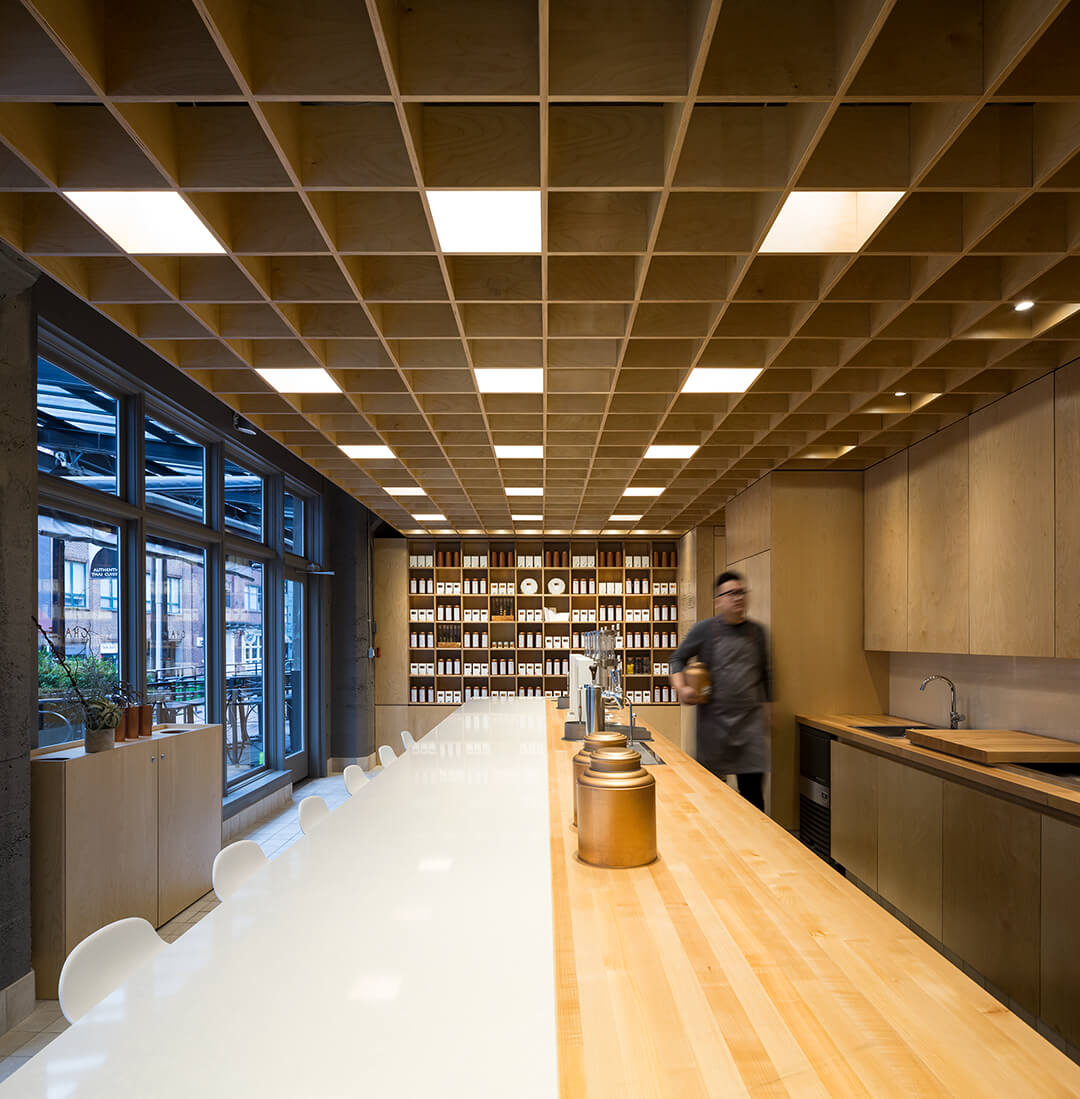 Leckie Studio refers to this act of balance and leveling with the material in Cha Le Merchant – a recent addition to the boutique selection of multicultural shopfronts in Vancouver’s Yaletown area. Applying a light Baltic birch plywood throughout the space, the ritual of tea making is celebrated through the large central bar that provides a natural stage. The floor-to-ceiling glass storefront bathes the warm material in light, supplemented in the evenings by recessed LED lighting installed in the panelled ceiling. By using the unassuming material of plywood, the experience is made the focus as the activation of the space relies upon the relationship between the maker, the visitor, the tea and the objects it is served and prepared in. 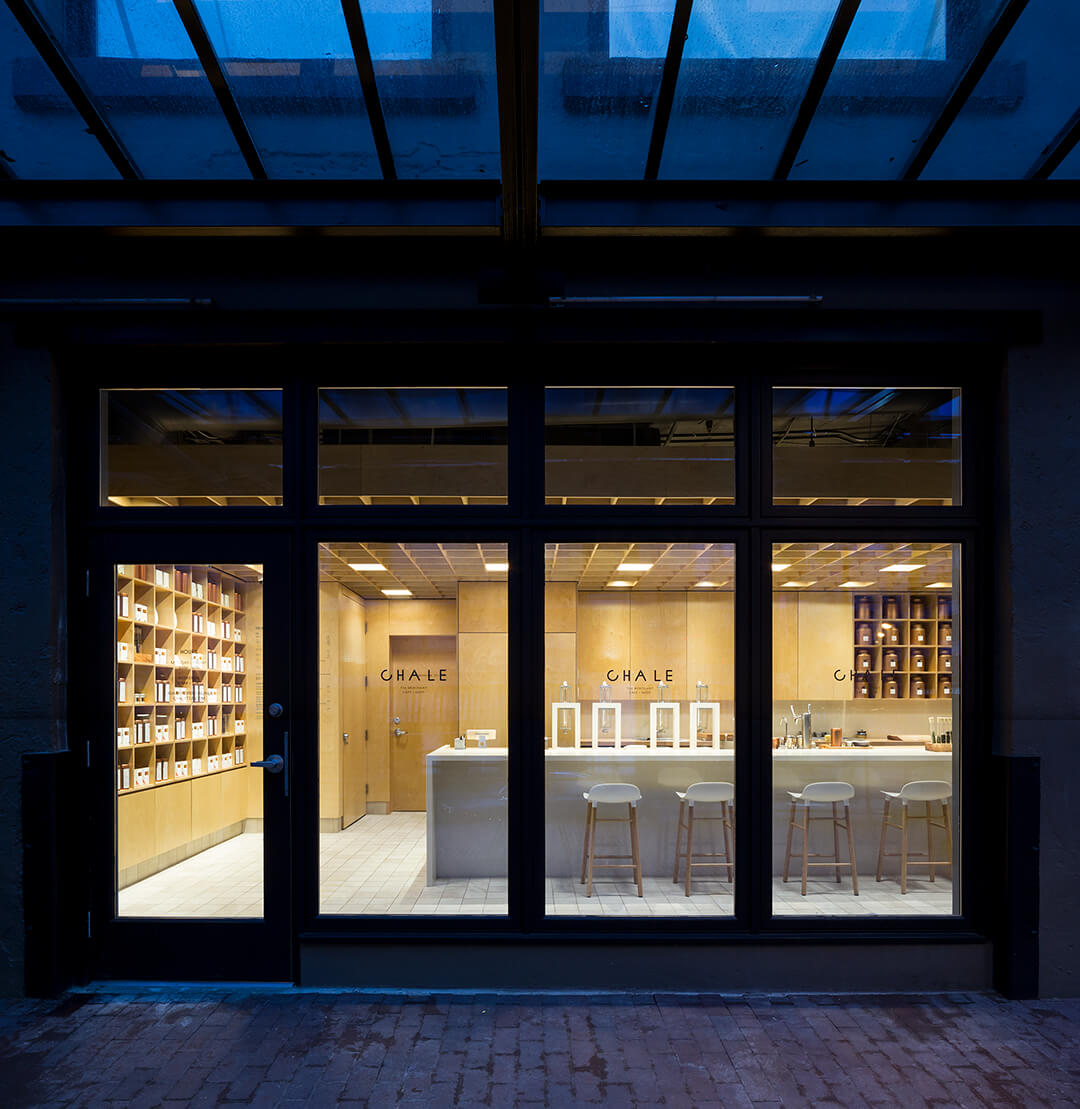 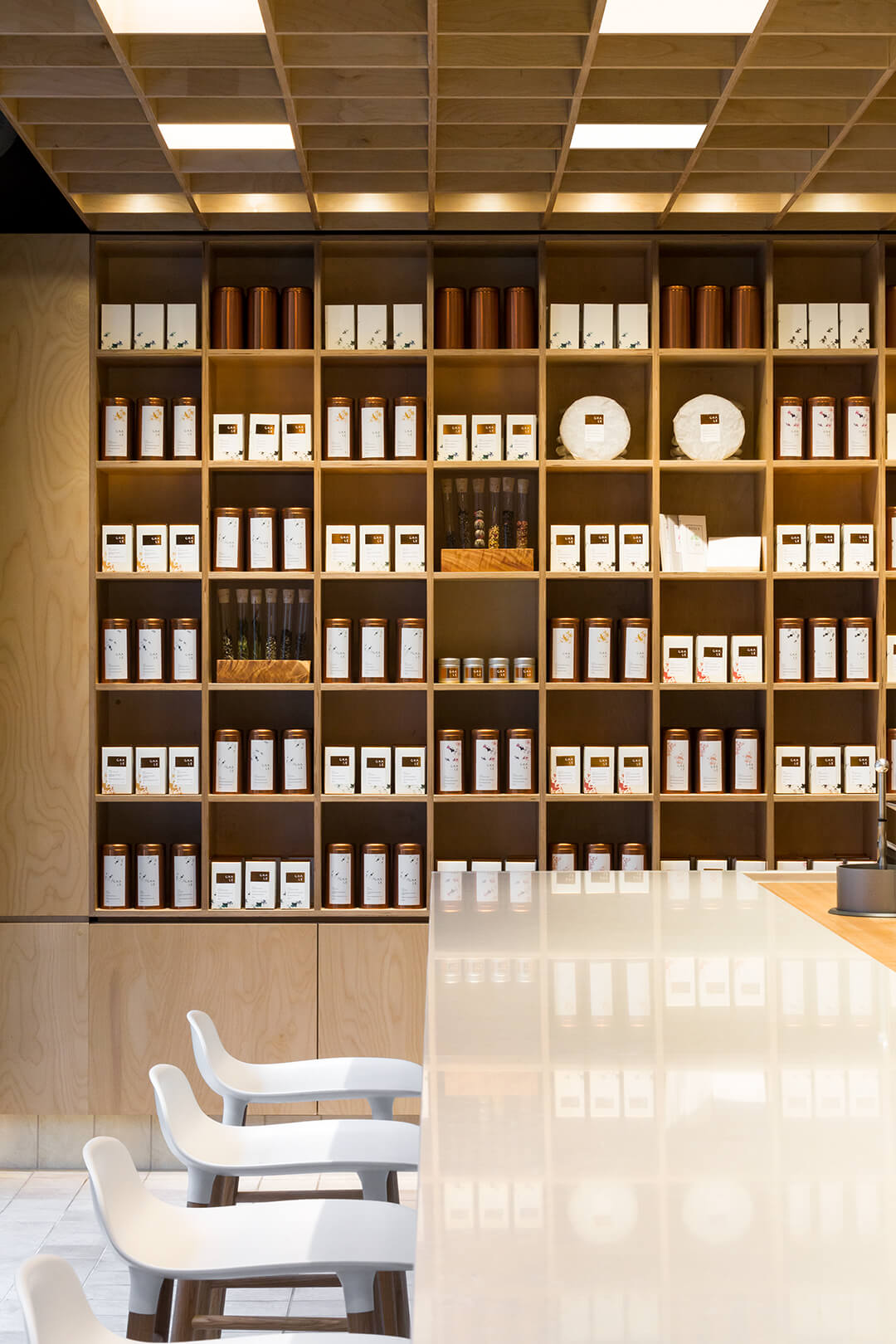 The shelving compartments nod to the system used in traditional Chinese apothecaries.

The material allows the teahouse to become a space sensitive to the culture and rituals of the Cha Dao tradition with the malleability of maintaining a contemporary aesthetic. 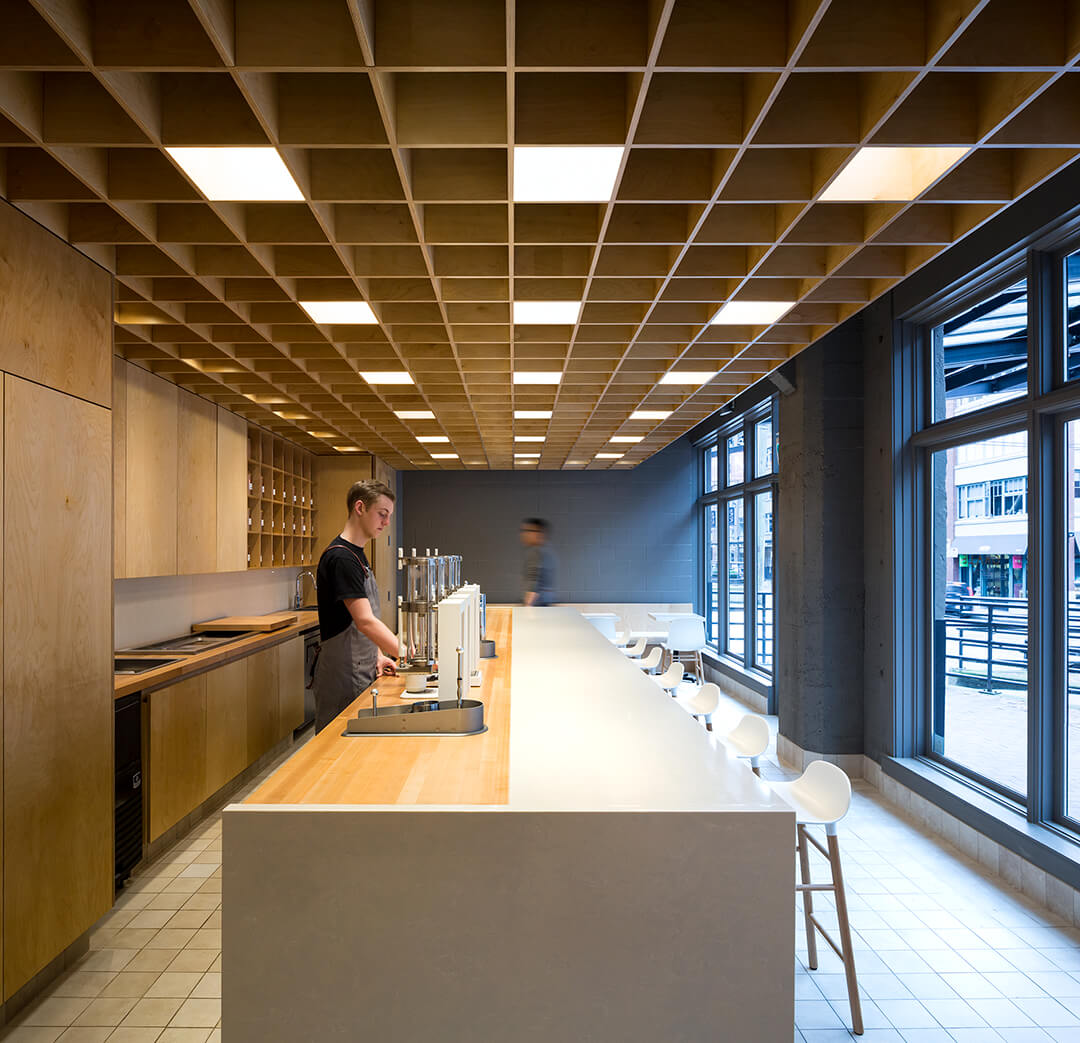