Lefroy Brooks Taunton changes with the touch of your hand

The Lefroy Brooks Ten Ten range of bathroom fittings and fixtures, inspired by the industrial age of the 1920s, has been reimagined in a new Taunton finish of classic beaten brass.

British manufacturer Lefroy Brooks produces a historically referenced series of bathrooms from each decade of the 20th century – from the tap’s domestic origins in the late Victorian era through to the beginning of a new millennium. All taps are cast, forged, polished, and assembled by hand.

The sleek surfaces of the Ten Ten taps, showers, and bathroom accessories have been imbued with the warm character of beaten brass in the Taunton Ten Ten, which contrasts with the otherwise no-nonsense functional aesthetic of the products. 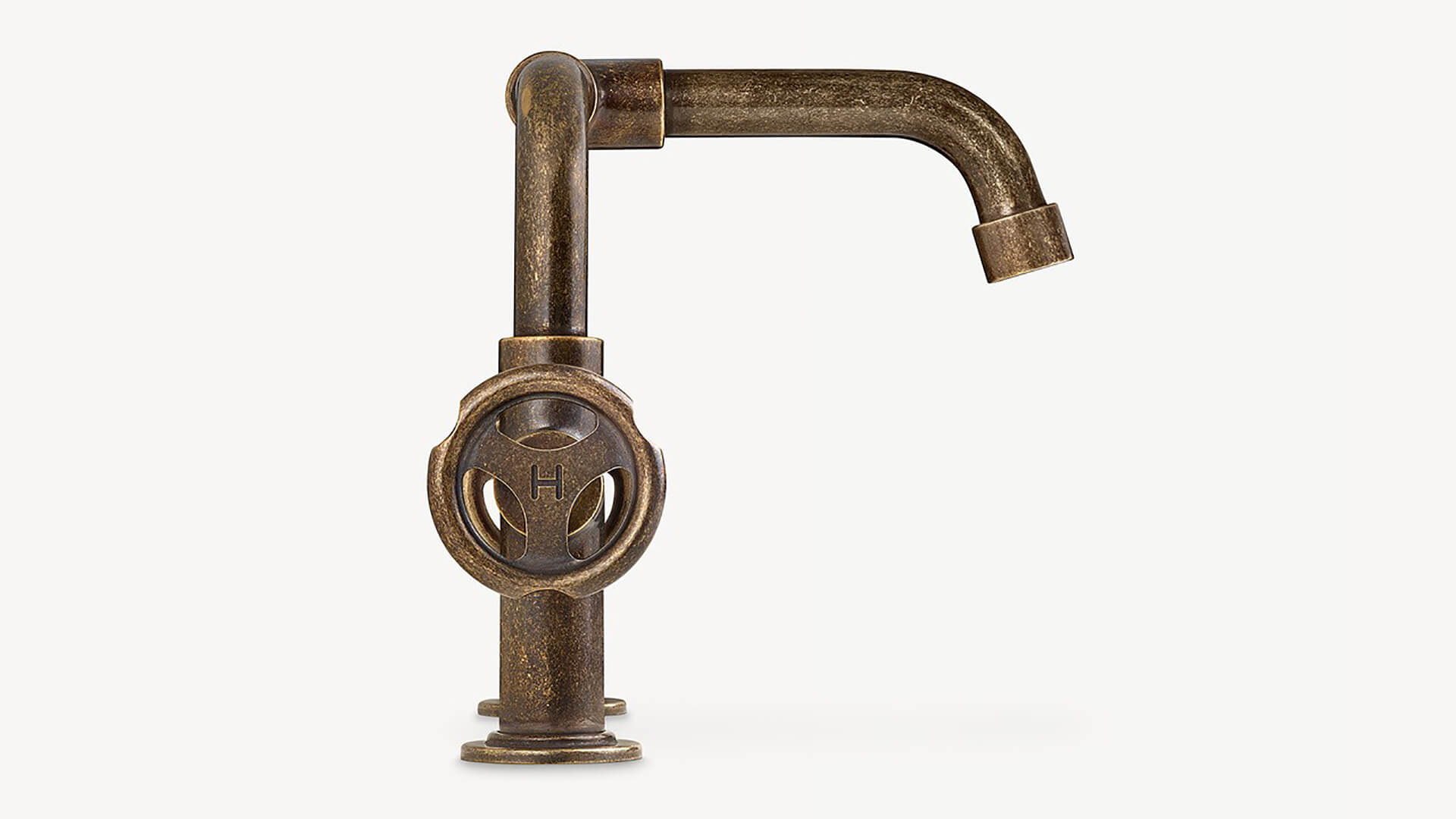 The brass has been left un-lacquered, allowing the fixtures and fittings to age naturally after installation. Untouched areas will darken, while frequently handled elements like the tap wheels and levers will gain a time-honoured brass shine. Each individual piece of the Taunton Ten Ten range will develop its own unique patina, customized by your touch. 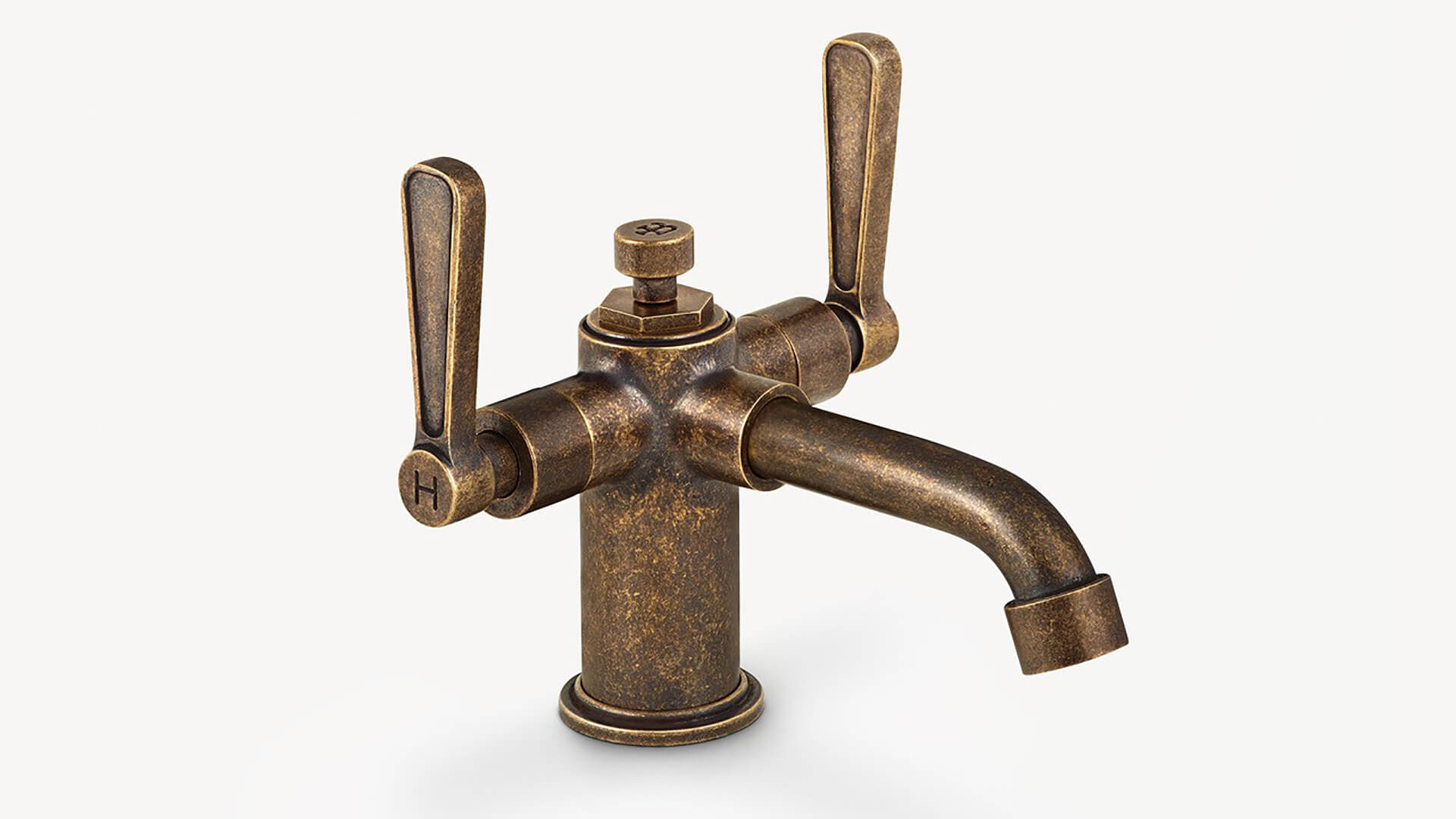