Ask a Vancouverite what they love most about their city, and a common response often refers not to what’s in it, but to what’s just beyond it: spectacular nature. The outdoorsy vibe has given way to a relaxed approach to fashion and design; there’s truth behind the ‘activewear, everywhere’ jibes. 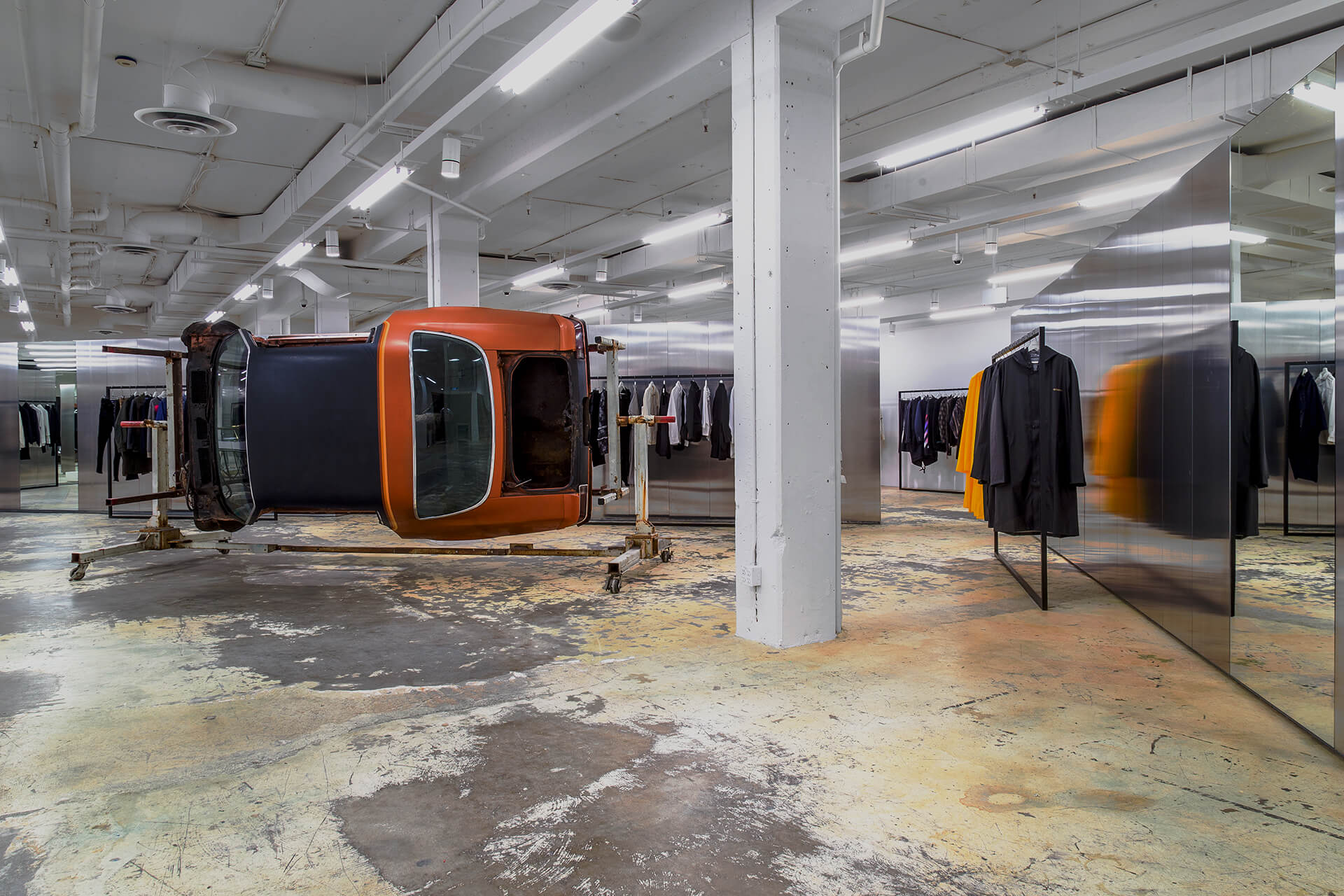 Seeking to expose the city to a higher-end, international flavour – which was also an objective at this year’s IDS Vancouver, which featured a more diverse and far-reaching programme – Mason Wu founded Leisure Center. Wu, who previously cofounded a Vancouver-based concept store connecting fashion with art and lifestyle, also wanted to appeal to the increasing number of expats now calling the west coast of Canada home. Primarily a retail destination for fashion, Leisure Center builds a lifestyle around the garments. ‘We stock things that weren’t previously available in Vancouver, and some products are exclusive to this store,’ says Wu. ‘I wanted to create a platform to show the best of the best from around the globe. This place should be seen a cultural hub for those living in the city.’ 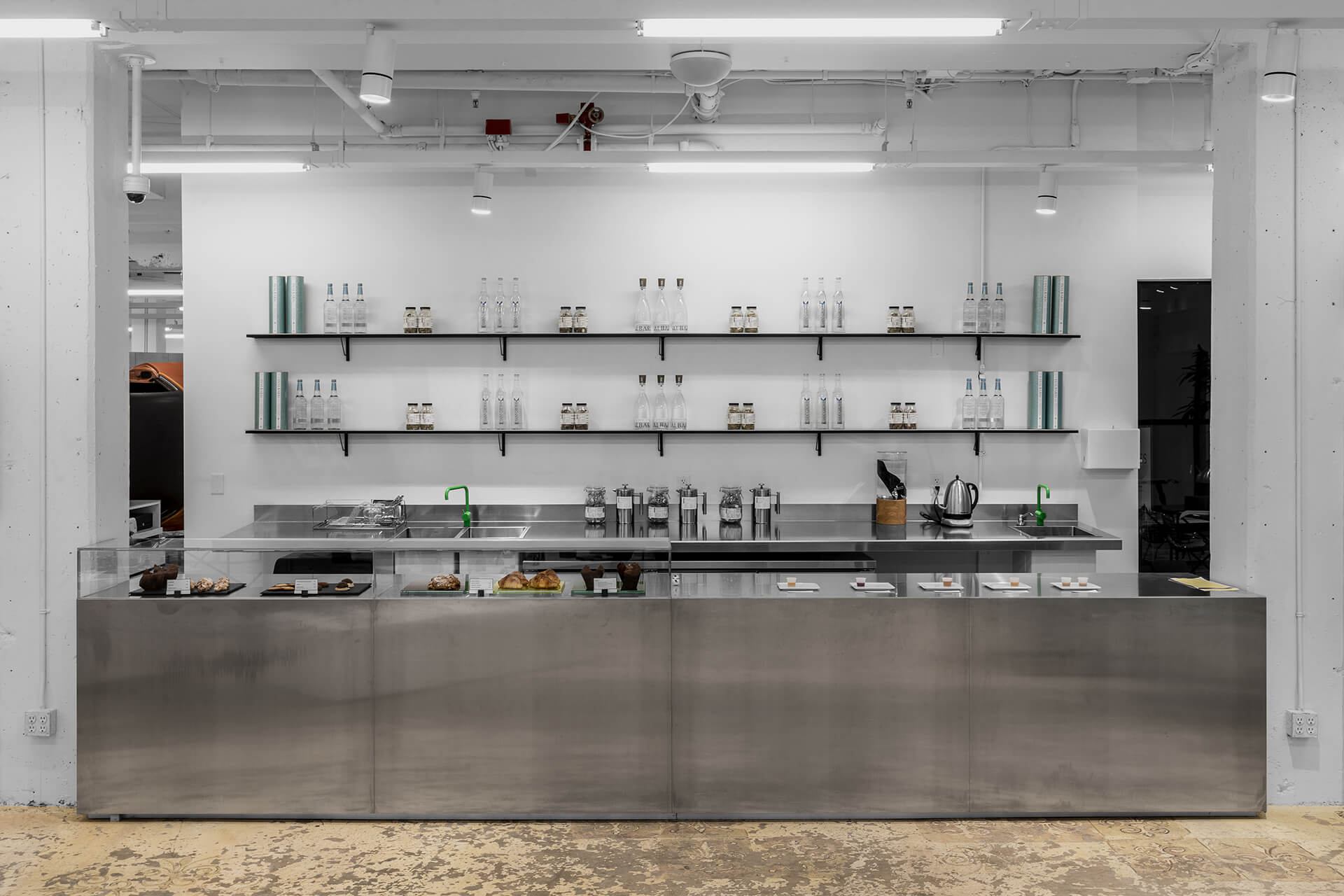 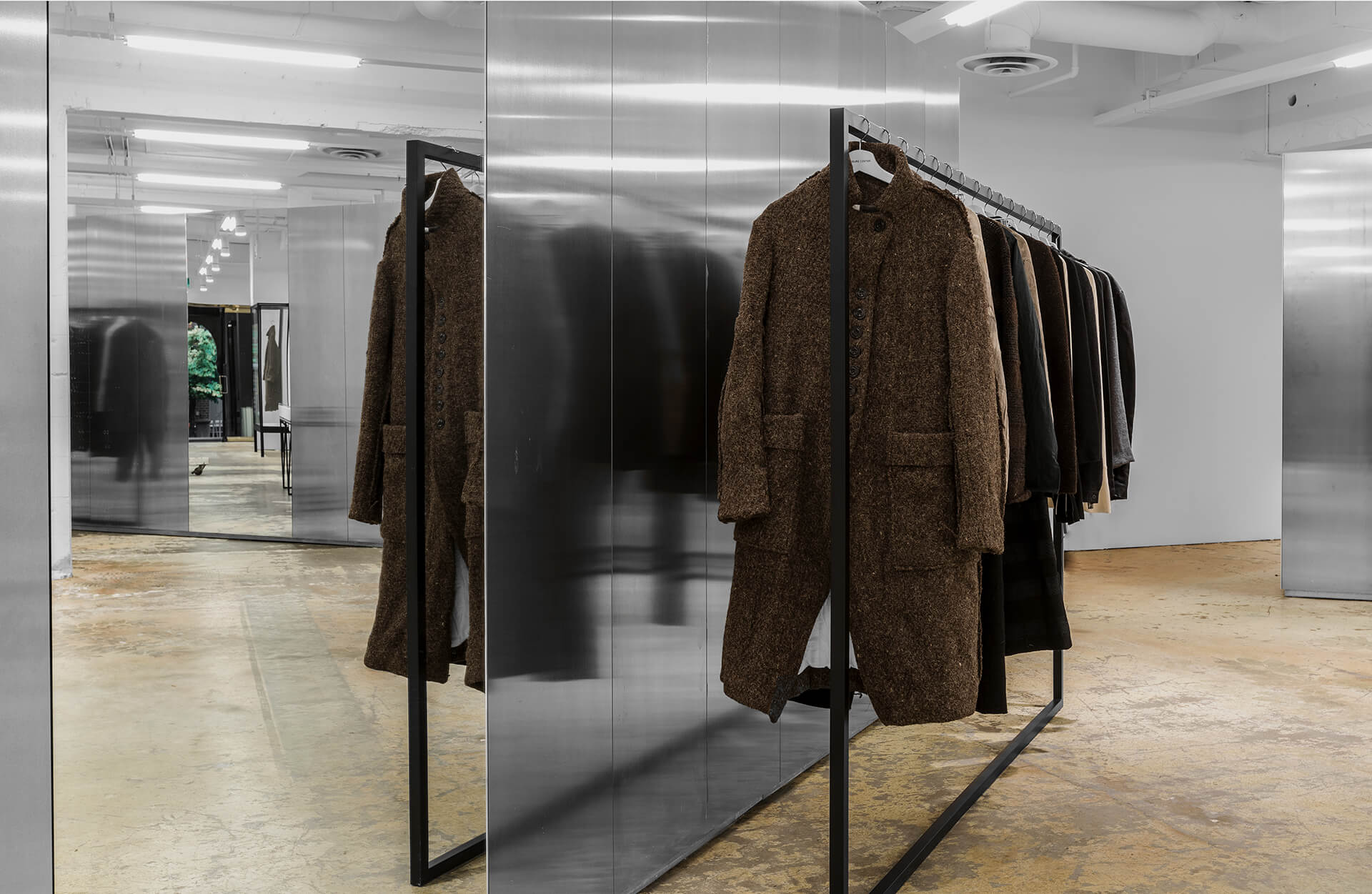 Wu called upon Casper Mueller Kneer Architects to transform the two-storey 1,858-m2 space – a 1930s warehouse with art-deco detailing – into ‘not a store, but a stage or a platform’, says Wu. ‘I want Leisure Center to be a meeting place: somewhere you can make connections with people who share your interests.’ Wu was drawn to the architects’ sensitive treatment of space, such as ‘keeping the original stuff – they’re good at that. I also like the way they finish edges and details and that they’ve worked on galleries and museums.’ For Wu’s project, the designers – who are also known for the material-rich Céline stores – clustered aluminium panels that simultaneously form product displays and passageways. The material will oxidize over time, and subtly reflects merchandise from such usual suspects as Comme des Garçons and Balenciaga, as well as lesser-known names like Uma Wang. There’s also a gender-neutral section, as well as space for designers who push sustainable methods and fabrics (Story MFG, for instance, uses vegetable dyes). 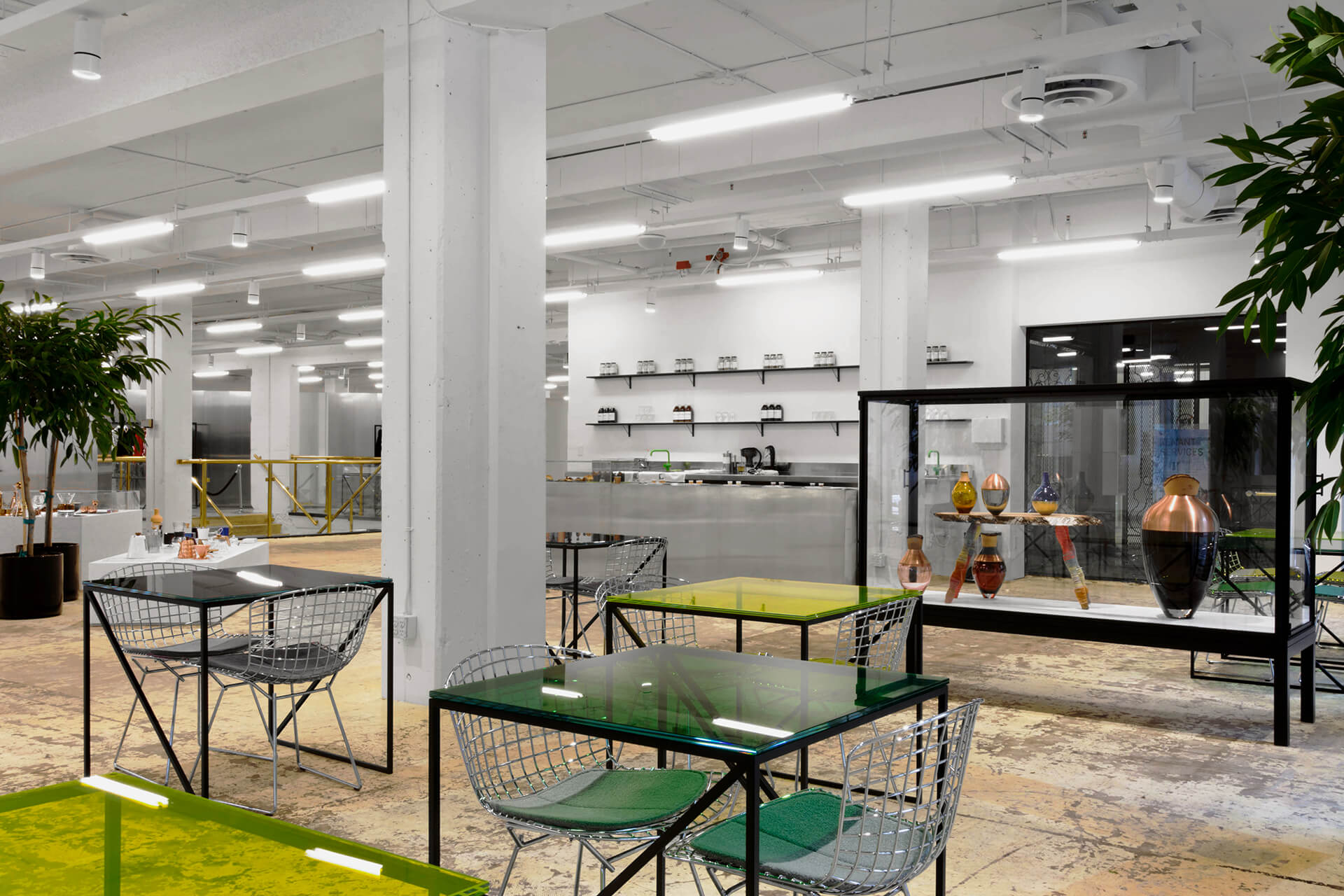 The brands on show seem worlds apart from the traditional definition of ‘leisure centre’, but Wu explains that the concept is about ‘what we should strive for our in our leisure time. It’s a luxury to take a moment for ourselves, to read a book for example.’ Alongside the curated selection of titles from Donlon Books of London, shoppers will find a plant-based tonic bar from New York’s The Alchemist’s Kitchen and space for rotating exhibitions; Ramble On by local artist Myfanwy MacLeod was first in line. 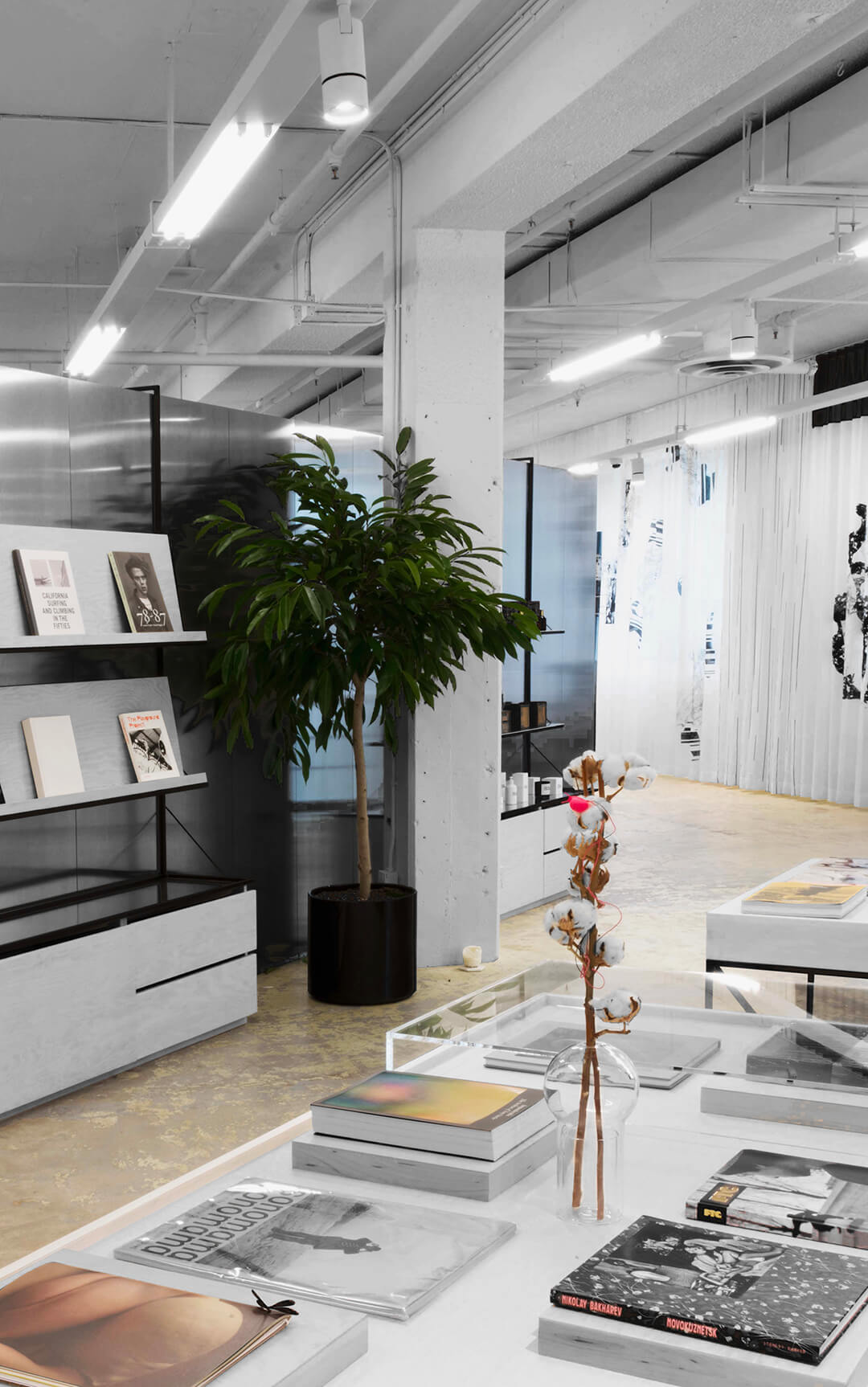 Downstairs, black glass and felt form multifunctional units, acting as changing rooms, personal-shopping spaces, seminar rooms and mini art galleries. Curtains provide privacy when needed, and openness when drawn. Wu foresees Leisure Center even hosting yoga and meditation sessions, a move that not only ties into the wellness trend but would also open up what could be an intimidating space to the wider community.