LONGLI – A collection of installations, which make up the Shelter series, is periodically set up on the outskirts of an old town in the south of China. Designed and built by local architect Li Hao, the pieces relate directly to the stories of the local area and build parallels between the rural location of each site and of the culture and history of Longli. ‘In designing the Shelter series, we are creating meaningful and sensible solutions to help people explore the idea of escaping from the life-draining city to a more peaceful and harmonious way of living,’ says the architect. The projects utilize bamboo as a construction material and make use of TPU sheeting, which creates a luminescent glow at night thanks to its translucent properties. 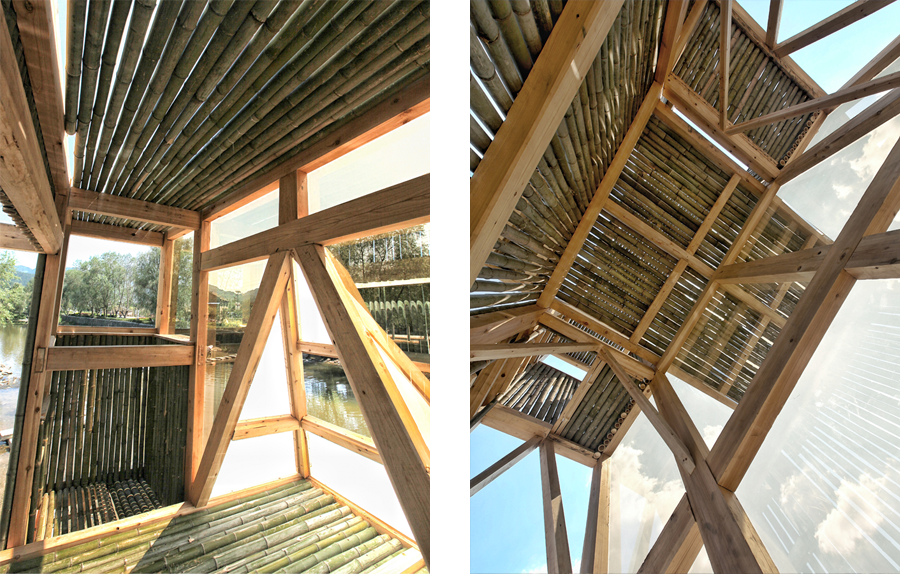 Positioned on the north bank of the Longxi river which winds around the edge of the town, Mirrored Sight is the second instalment to the series. Constructed earlier this month, the piece reflects upon the invasion of Longli by military groups 600 years ago and the local people who subsequently experienced constant separation from and reunion with their own village. The longstanding internal conflict is the basis for Li Hao’s work. ‘The installation articulates the isolation and the tension of the Longli people and the vernacular community,’ he explains. ‘Longli is an old town, whereas the shelter itself lies just outside. There are thousands of residents in the town but the shelter is designed for just one person to reside.’ 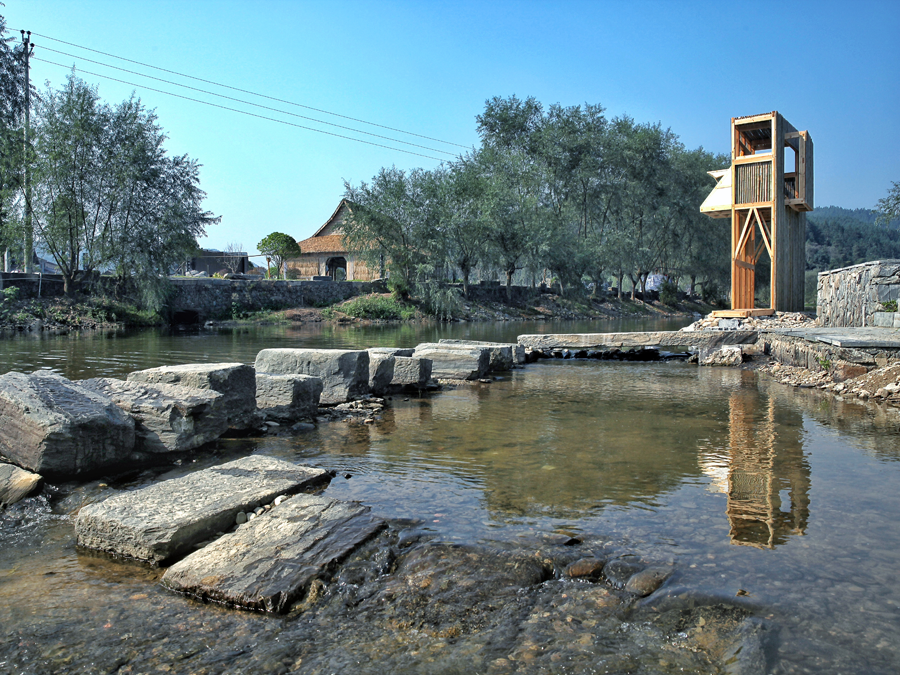 The structure consists of two levels; the lower provides a place to rest and reflect, while the upper looks south over the surrounding mountains and towards the old town, to which the site is connected by a stone bridge which traverses the river. The north elevation of this new folly is covered in a dense wall of bamboo wood, whereas the south elevation is clad in Pilkington Mirropane – a coated glass developed as a one-way mirror – to reflect the scenes from daily life across the water. 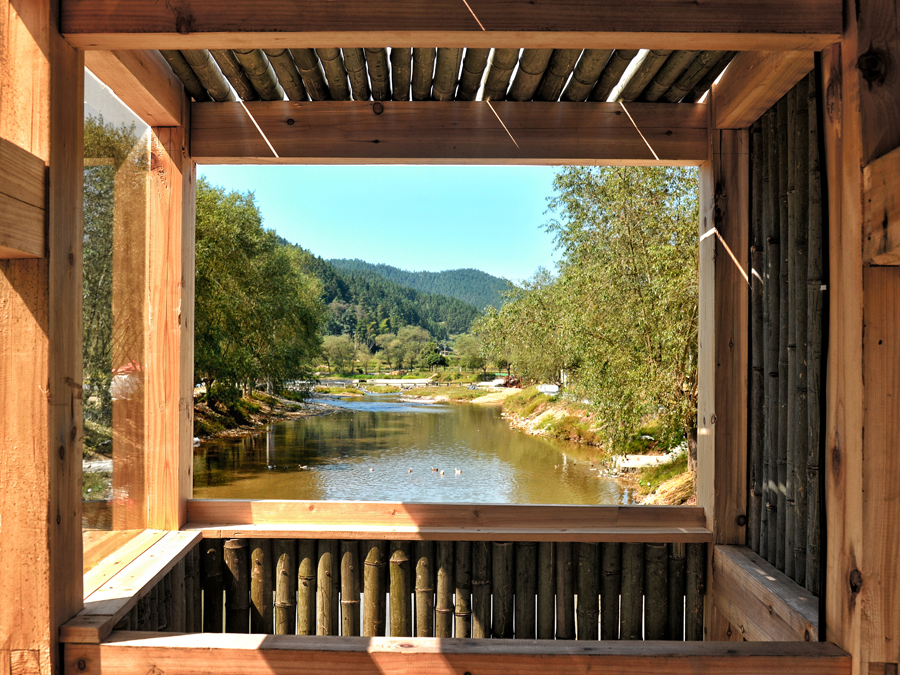 A few months ago, Li Hao completed another Shelter installation, The Harvest Moment, in a rice field outside the main town. The installation was a response to the unusual story of the 2016 rice harvest, which was disrupted due to the opening ceremony of a festival taking place on site. ‘The rice could not be cropped on time, so was not harvested this year,’ the architect recalls. ‘Meanwhile, another part of the field had been cropped ahead of schedule, leaving the landscape interrupted. The cropped plants looked like a scar on the field.’

The Harvest Moment, which existed only temporarily, represented the reward from nature for a year’s hard work and symbolized the wish for a prosperous new year. This was the first folly of the series and featured a bonfire at its centre, which was lit each evening to provide ash as a fertiliser for the next plantation of rice plants.