FRANKFURT – Libertine Lindenberg is a seven-storey guest home located in Frankfurt's historical Alt-Sachsenhausen district, an area known for its traditional yet receptive attitude to the artistic and collaborative cultural scenes.

Libertine Lindenberg follows in the footsteps of its sibling property, Lindenberg Rückertstraße, with a shareconomy concept that offers both a community and a hotel to fulfil local demand. Able to stay for a few days to a few years, residents have the liberty to determine the length and nature of their stay. In-house public facilities include an open kitchen, a living-room-style café, a recording studio and a gym. Services commonly associated with hotels – laundry, grocery supplies, chef-cooked meals, bike and Vespa rentals – are also present.

The project is housed in an early 20th-century Wilhelminian building, which was restored and expanded by local practice Franken Architekten in 2015. The interior, conceptualized with Studio Kathi Kæppel, plays with contrasts of light and dark; the rich sophistication of hotel formalities meet the homey feeling of staying in on a rainy day. 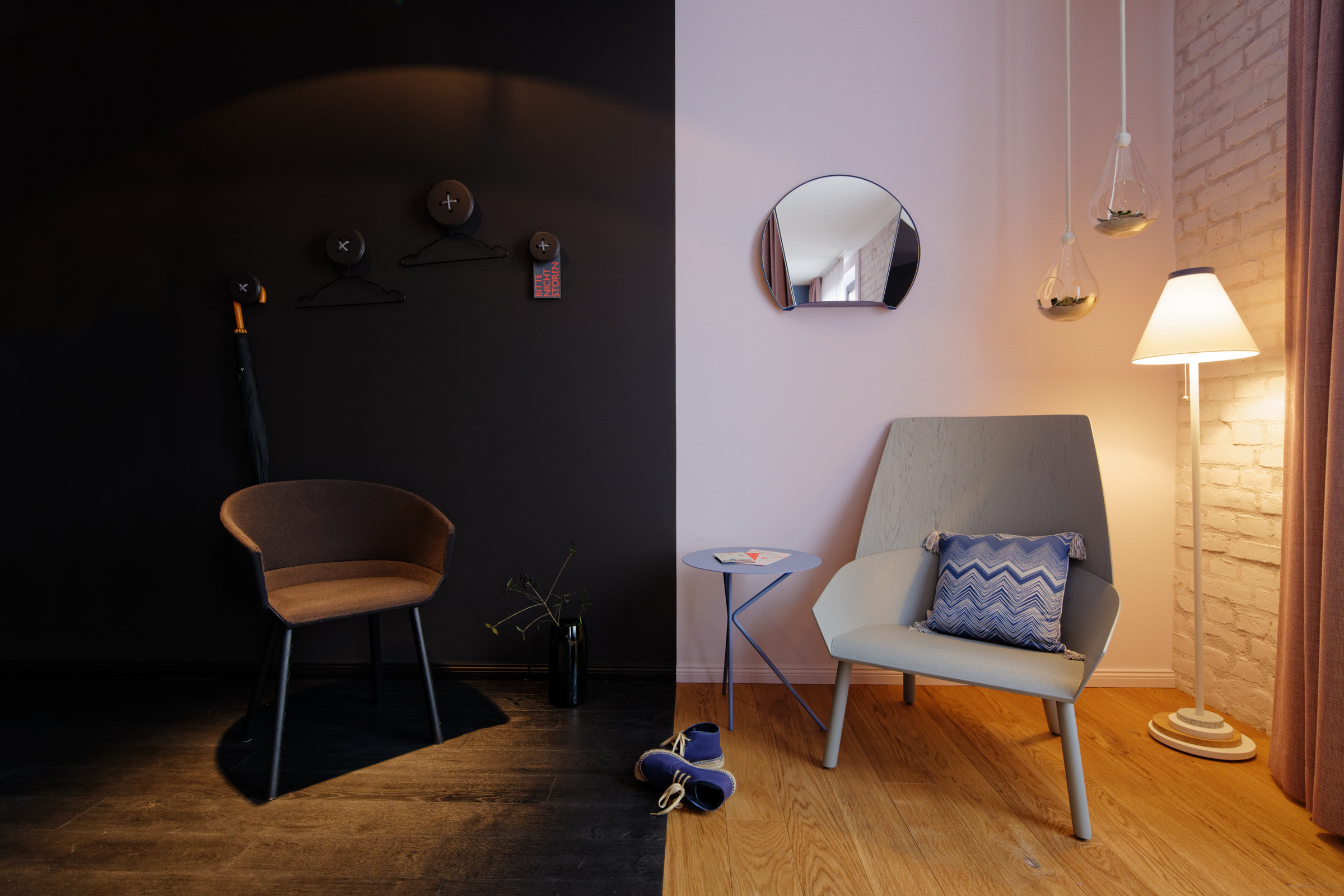 Apfelwein (apple wine or cider) – which is said to have its roots in Alt-Sachsenhausen – plays a key role in the visual concept. Each Libertine room, therefore, is named after an apple variety. Lozenge cuts – diamond-shaped incisions that appear on the traditional Ebbelwei glasses used for drinking apple cider – feature on textiles and other interior details.