Looking for a fine drink in Antwerp? Try the church

Opened in 1521, the Cathedral of Our Lady is the tallest Gothic building in the Benelux. Inside the massive treasure chest one can find paintings by Rubens, the bronze tomb of Isabella of Bourbon, an 1889 Schyven organ and now, thanks to a project by local architecture studio Interieur Van Staeyen, also a beer bar.

Yes: some of the best drinks in Antwerp, just like most things in the eccentric Flemish city, might just be where one would least expect them. 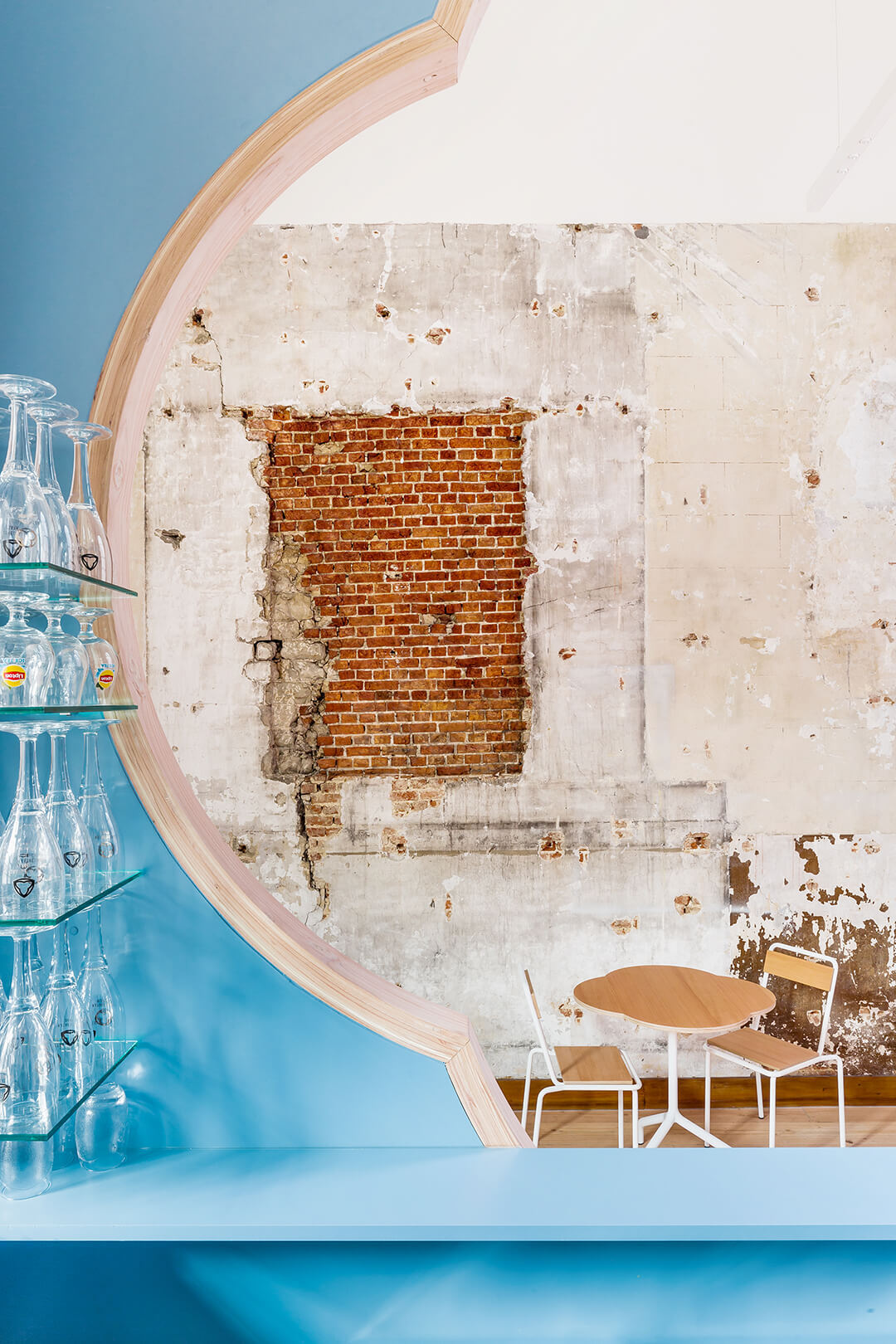 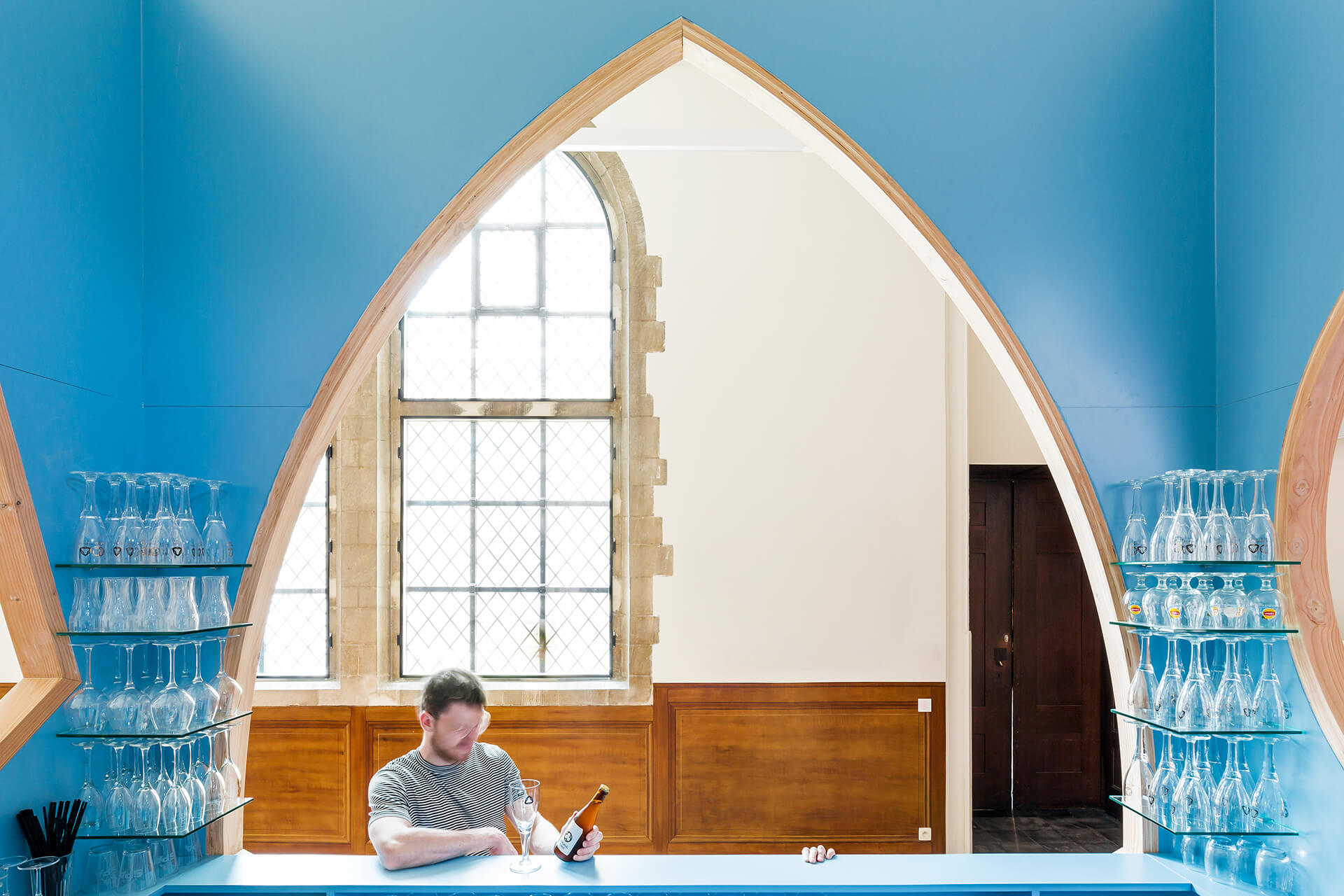 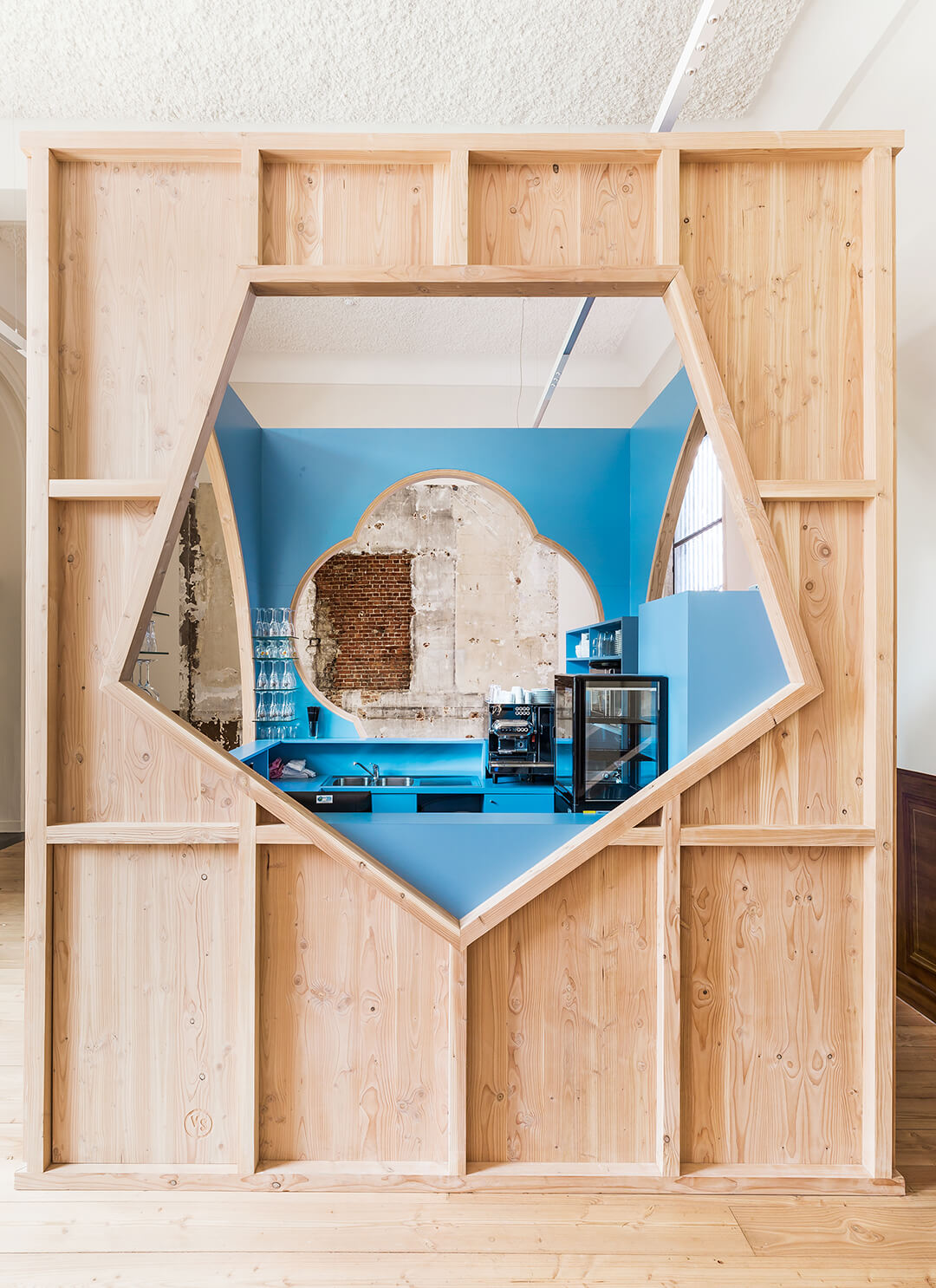 Since it was turned into a greeting and reception spot, the former Chapel of Saint John located inside the cathedral has welcomed churchgoers and tourists alike. The newly opened central bar, designed by Johan van Staeyen, was fittingly named De Plek: a place where the diocese could display its renewed welcome policy, having finally opened all of its spaces to the public after Our Lady underwent a 50-year restoration programme.

Prior to its current iteration, the chapel was an unseemly dot surrounded by Gothic beauty: once the venue of the Sunday school, it was being used solely as a storage space before van Staeyen’s intervention. Honouring its surroundings, De Plek absorbed the architectural details around it, deconstructed them and reflected them back: the bar rises from the floor, as does the cathedral’s spire; the serving apertures are shaped after the cathedral’s 34 stained-glass windows – where the blue shade that fills De Plek, as well as the curved triangles and pentagon motifs, also come from. The cross ribs, the buttresses and arches are all translated in the carpentry structure – built out of Douglas Fir, a version of the Oregon Pine in which the original floor was made. ‘It gives the impression of being turned inside out: sculpted on the outside, lining on the inside,’ explained the architect. 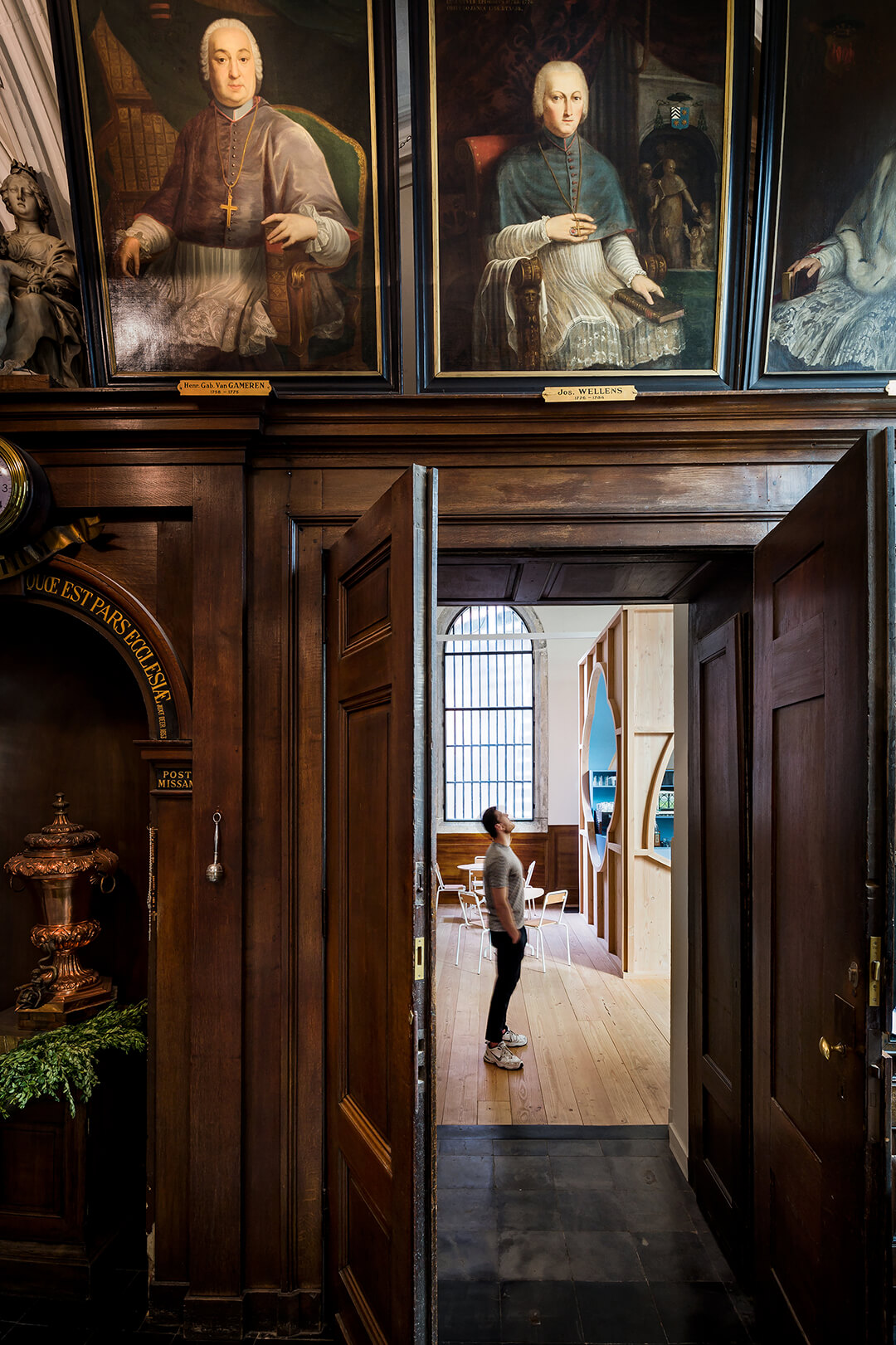 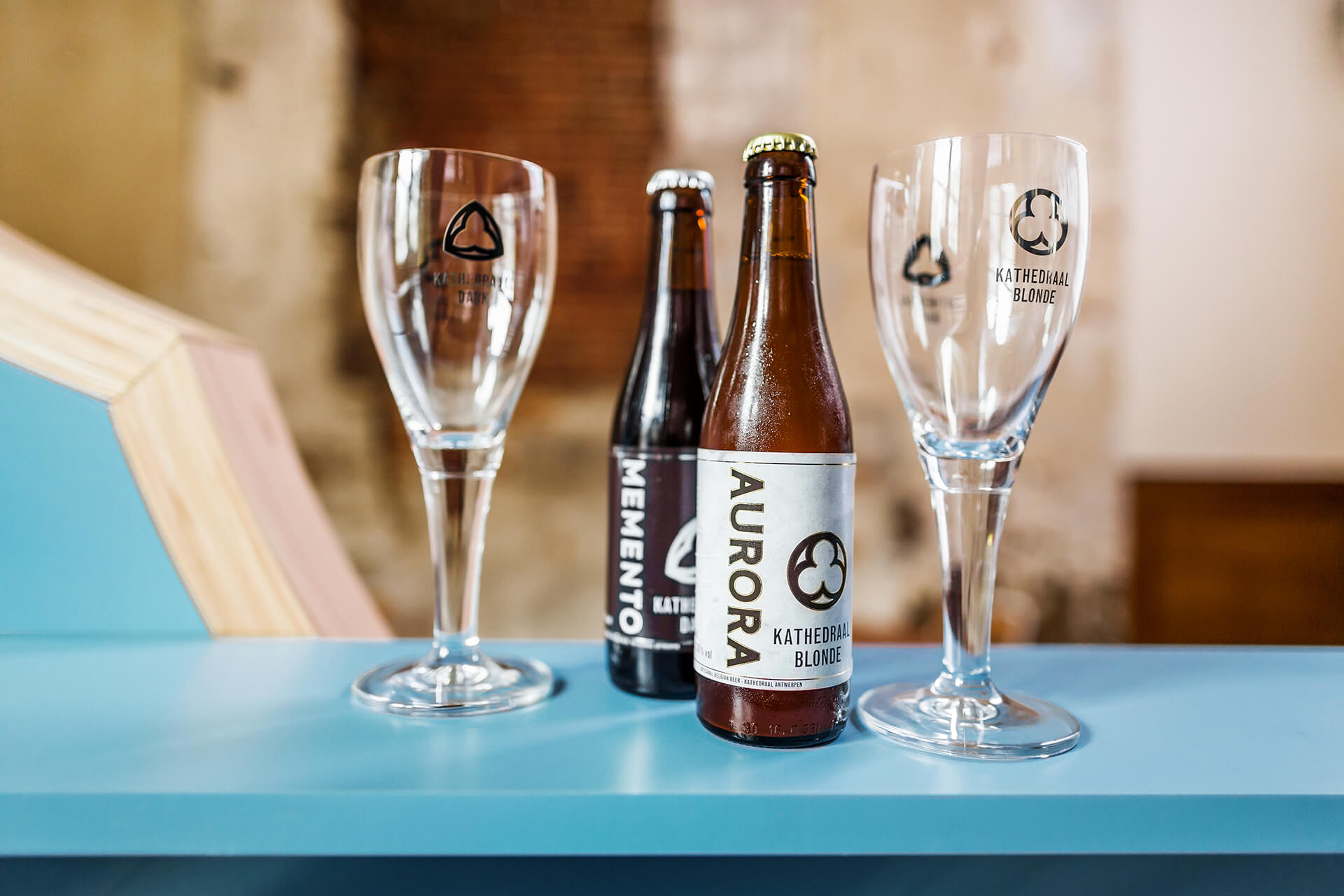 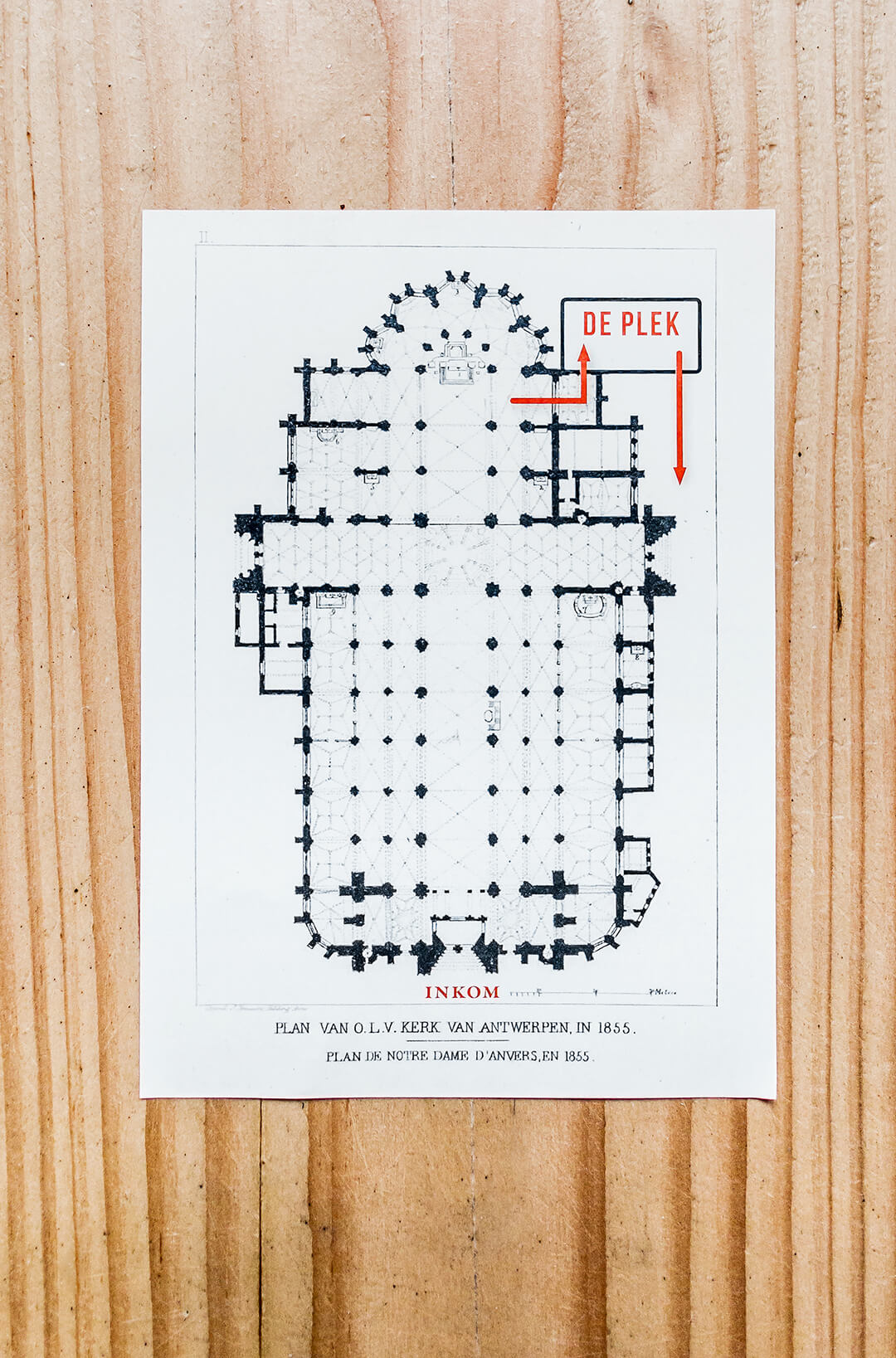 [De Plek] fits perfectly within the atypical character of Antwerp. A UNESCO World Heritage cathedral with a bar in it? There aren’t that many in the world!

And then there’s the alcohol on sale. The opening of De Plek led to the cathedral administration getting creative and, as proper Belgians, produced Aurore and Memento, strong degustation beers in a blonde and a dark version. The bottle labels feature some of the references to Gothic design that are found on the bar and in the custom-made tables and chairs – in a style that van Staeyen described as ‘an almost naïve touch, in a playful, Miffy-like way.’ The reason? ‘I didn’t want to create a medieval beer cellar clad in candle smoke: a contemporary nod to the Gothic world was enough – fresh, airy and authentic,’ he explained.

The Cathedral of Our Lady receives more than 300,000 visitors per year. It is one of Antwerp’s main tourism hooks, but it is fitting that a religious structure should host a rather uncommon social spot inside: after all, the city’s official brand is Atypical Antwerp. ‘It is explicitly entering the tourism market as an atypical city, with a rich culture, fashion designers, diamonds, gastronomy and the port, but where everything is a bit different,’ the architect reasoned. ‘In this sense, De Plek fits perfectly within this atypical character. A UNESCO World Heritage cathedral with a bar in it? There aren’t that many in the world!’