Loreak curates its store window like a 3D magazine

The bright white interior by Pensando en Blanco completes the overhaul of Loreak’s brand identity, with the latest store of the apparel retailer – following two new stores in the coastal Basque city last year – seeing a strict adherence to a minimal material palette of stone, wood, and ceramic. 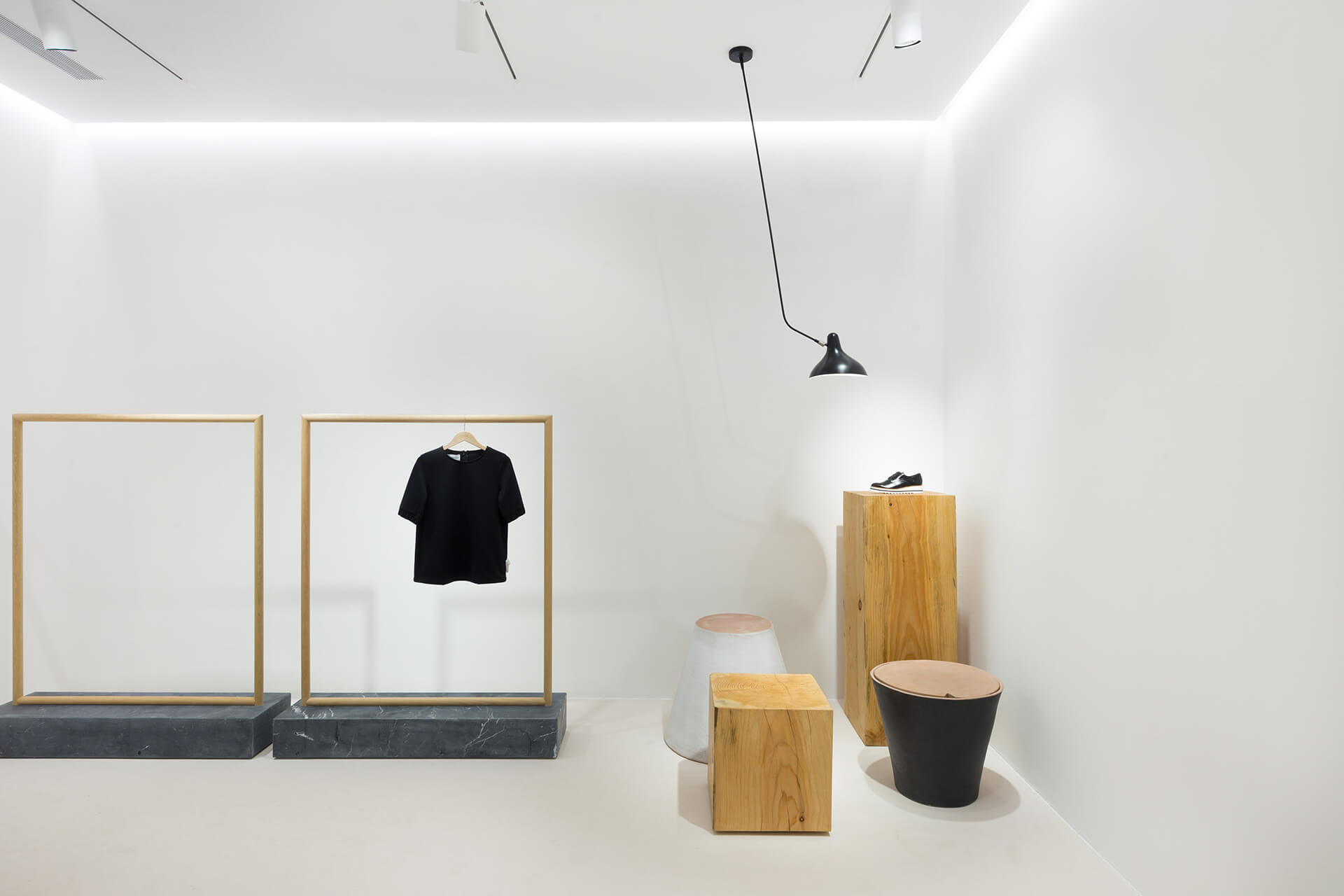 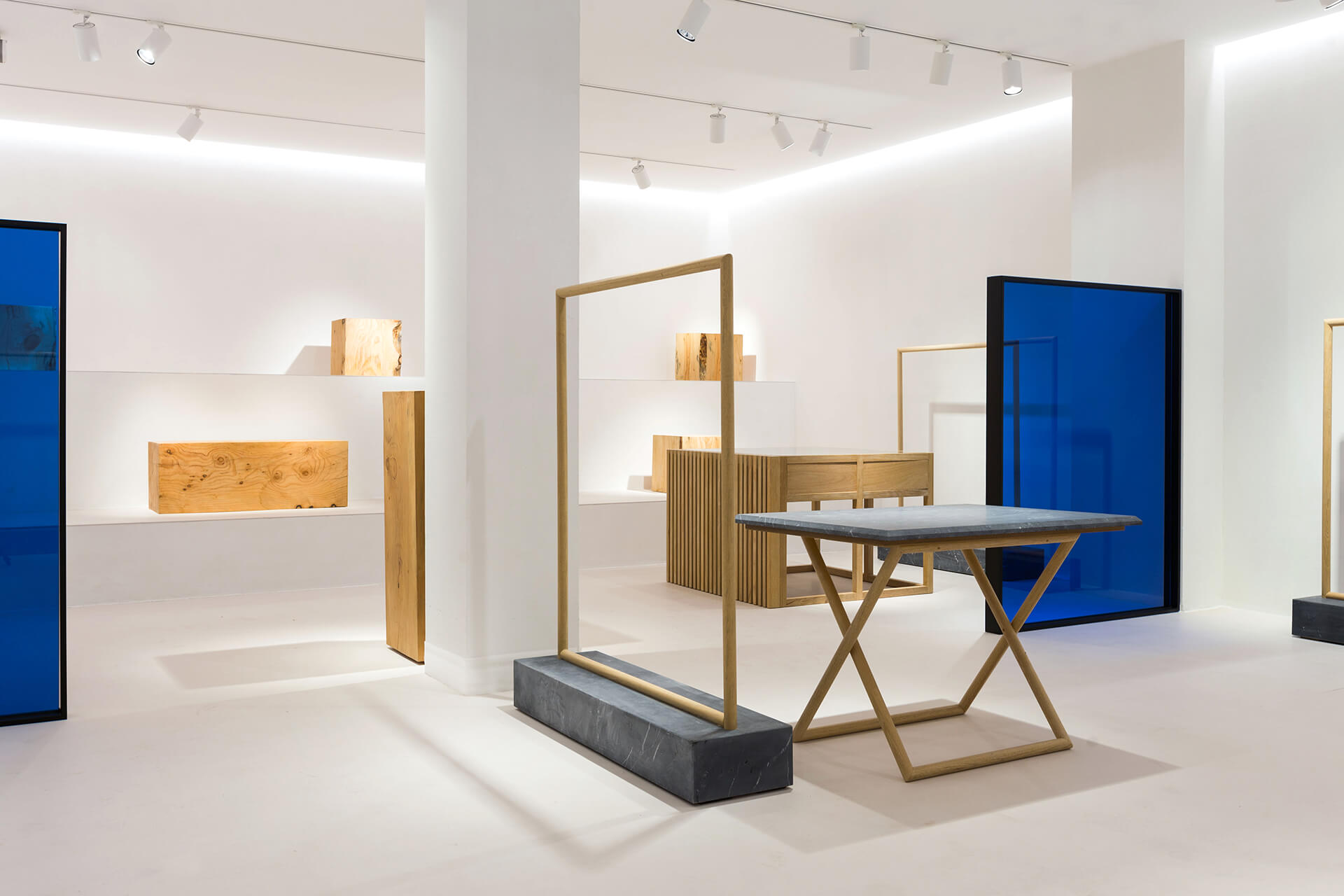 Lead designer Aurora Polo wanted to incorporate the ‘surprise factor’ into the space, as the otherwise pristine setting is fraught with contrast between stark white walls and rugged chunks of stone. The consistent materiality of the fittings creates a unique atmospheric edge that keeps the store from crossing the border into sterility. Cove lighting along the perimeter bathes the walls in light, imbuing a sense of vastness while sparsely placed pendant lamps direct attention to particular items. 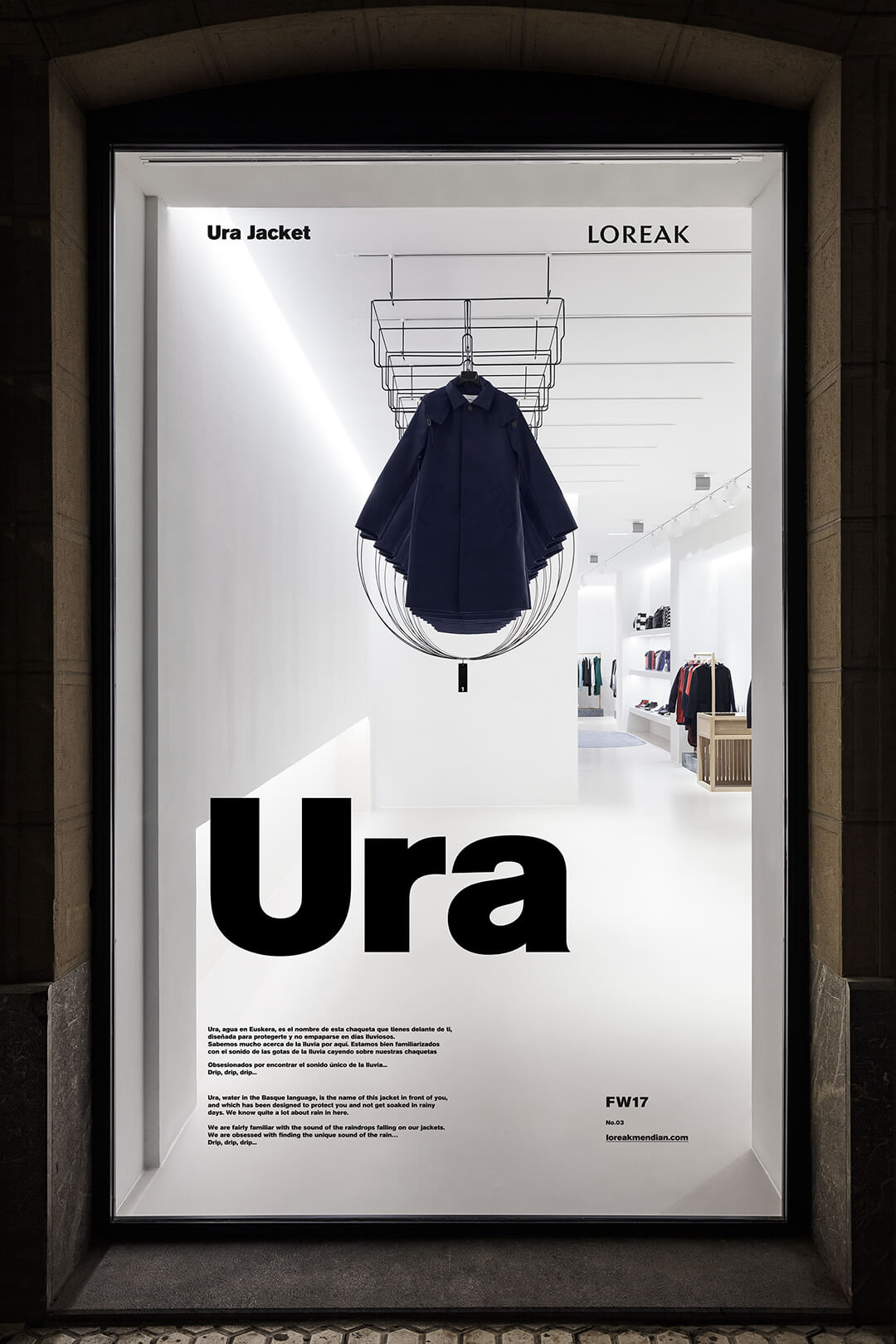 Natural materials are applied in both their raw and refined forms, as smooth stone prisms support wooden clothing racks alongside jagged masses extracted from a local quarry. The combination is reminiscent of the northern Spanish coast, where inlets of smooth sand are periodically found between breaks in steep menacing cliffs. Solid wood pedestals proudly display their natural grain and slender surfaces of blue glass create a collage of texture and form that changes with perspective. 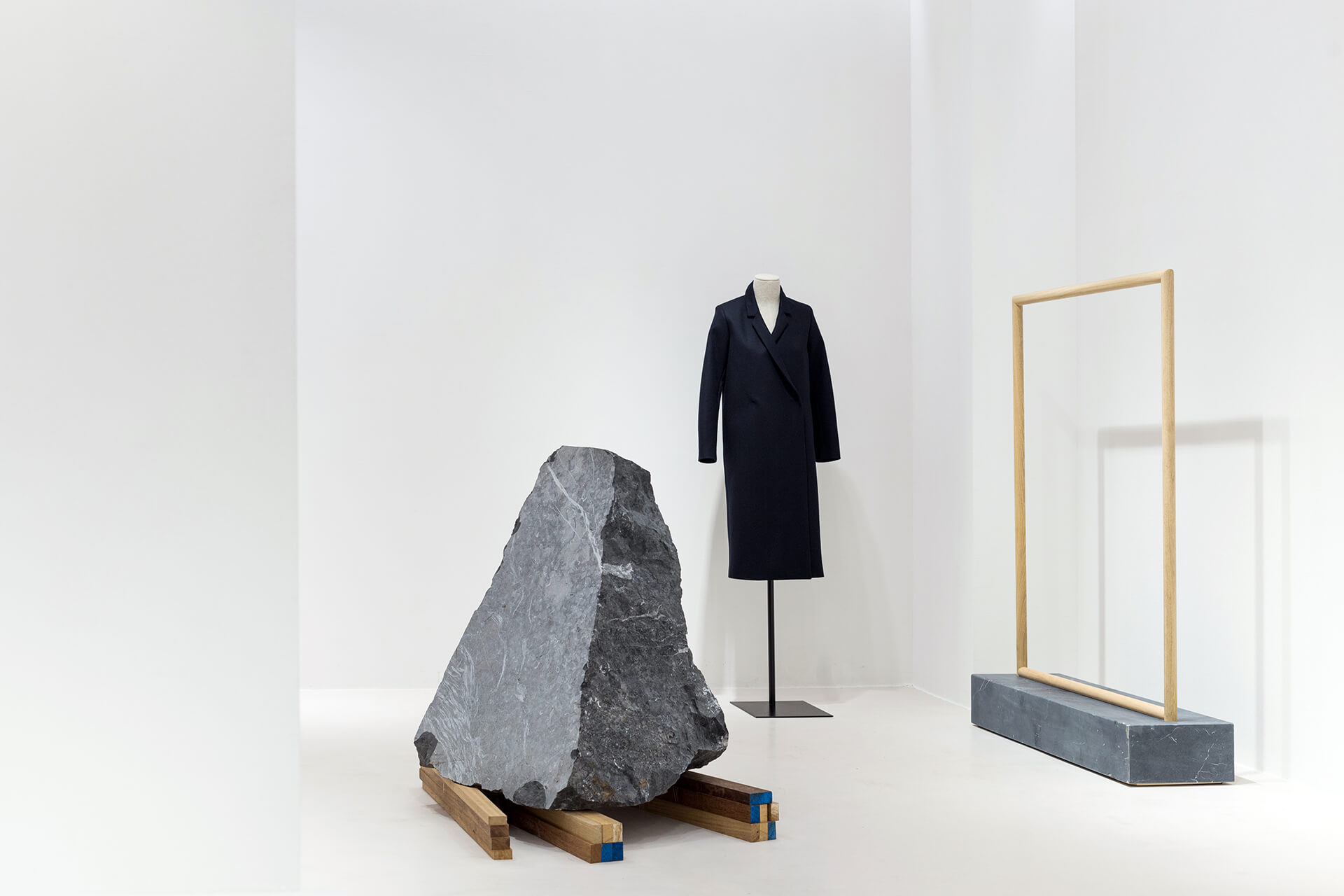 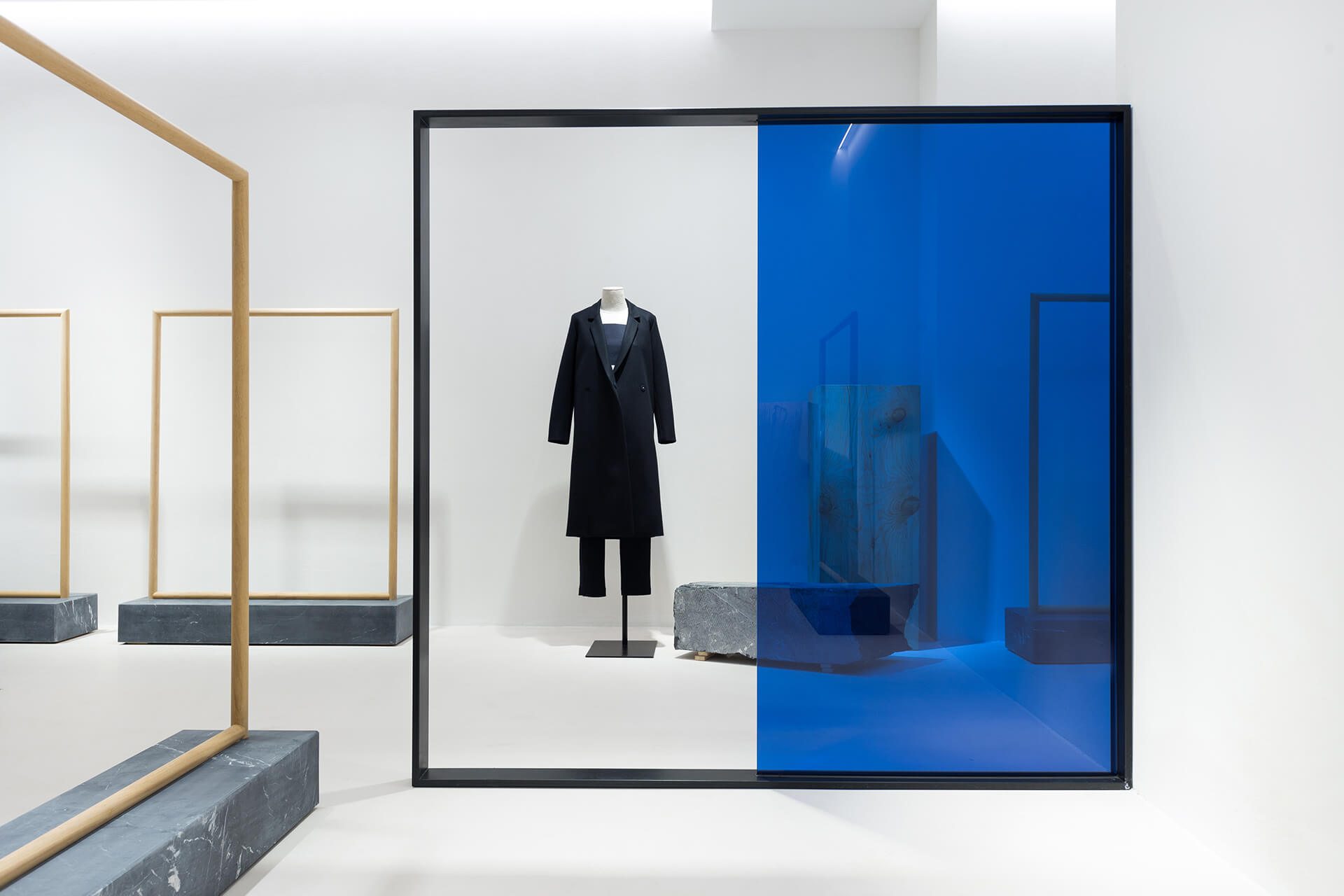 Intriguing as this retail landscape created by Pensando en Blanco is, it serves but as a backdrop for the immediately arresting perspective from the street. The window display by Ion Ander Beloki of Ja Studio takes on the appearance of a fashion magazine, brought to three-dimensional life: clean typography frames a carefully crafted panel for passersby to gain editorial insight into the apparel.

Respectful of the Loreak brand identity, the window clearly assimilates with the graphics of the catalogue. The linear arrangement of the unusual ceiling hangers accentuates the depth of the space, while even security tags become a point of interest due to their pleasing geometry and regular repetition. 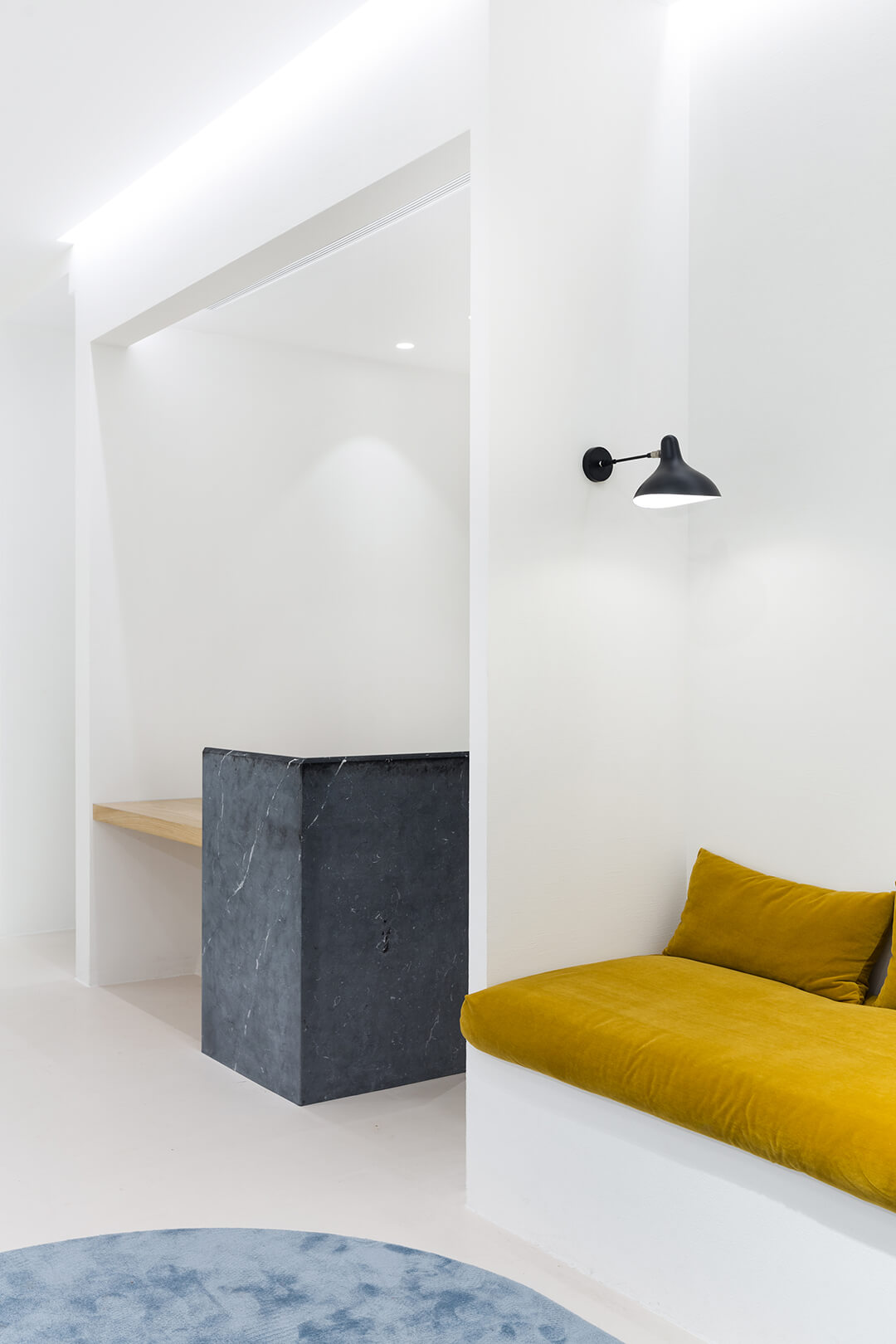 From interior landscape to front-page façade, every aspect of the new Loreak store exudes a confident appeal with minimal intervention, denoting a high level of curation.