Los Angeles updates a hallmark of the American dream: the single-family home

The single-family home. An aspiration of many American homebuyers, but one that’s becoming unattainable for much of the middle class. Especially in urban areas, such as Los Angeles, finding a site is challenging, let alone the 500-sq-m-or-so flat lot associated with the American dream.

To allow for the cityscape to keep evolving, zoning regulations need to be changed to permit the development of unused sites. Slowly but surely that’s happening, but those unused sites are often deviant and therefore challenging slots to build on. Working with such difficult site constraints is central to the two latest residential projects of FreelandBuck, an architecture firm with offices in New York City and Los Angeles. It is in the latter that we spoke with co-founder David Freeland about the potential of accessory dwelling units (ADUs) and building with blocks. 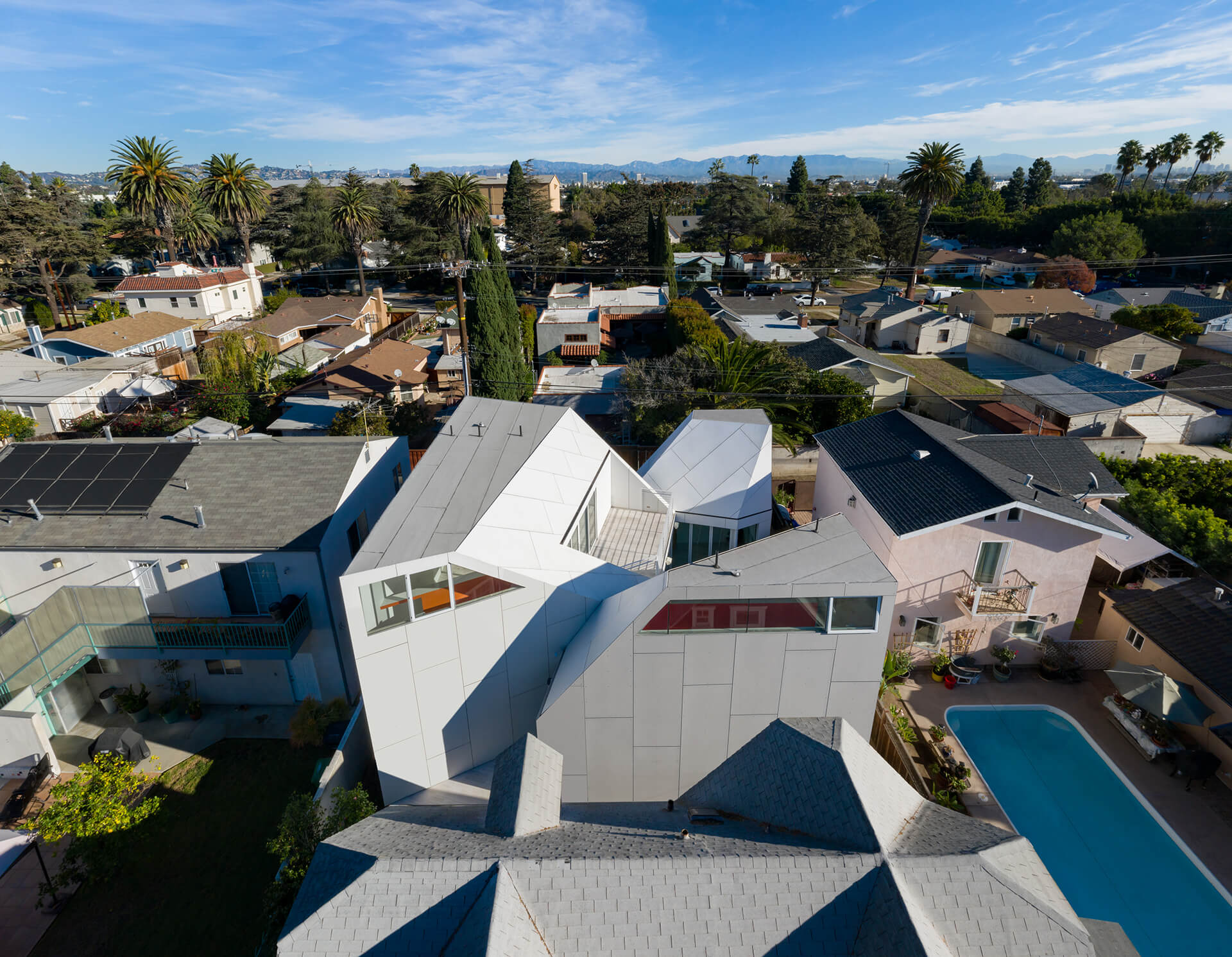 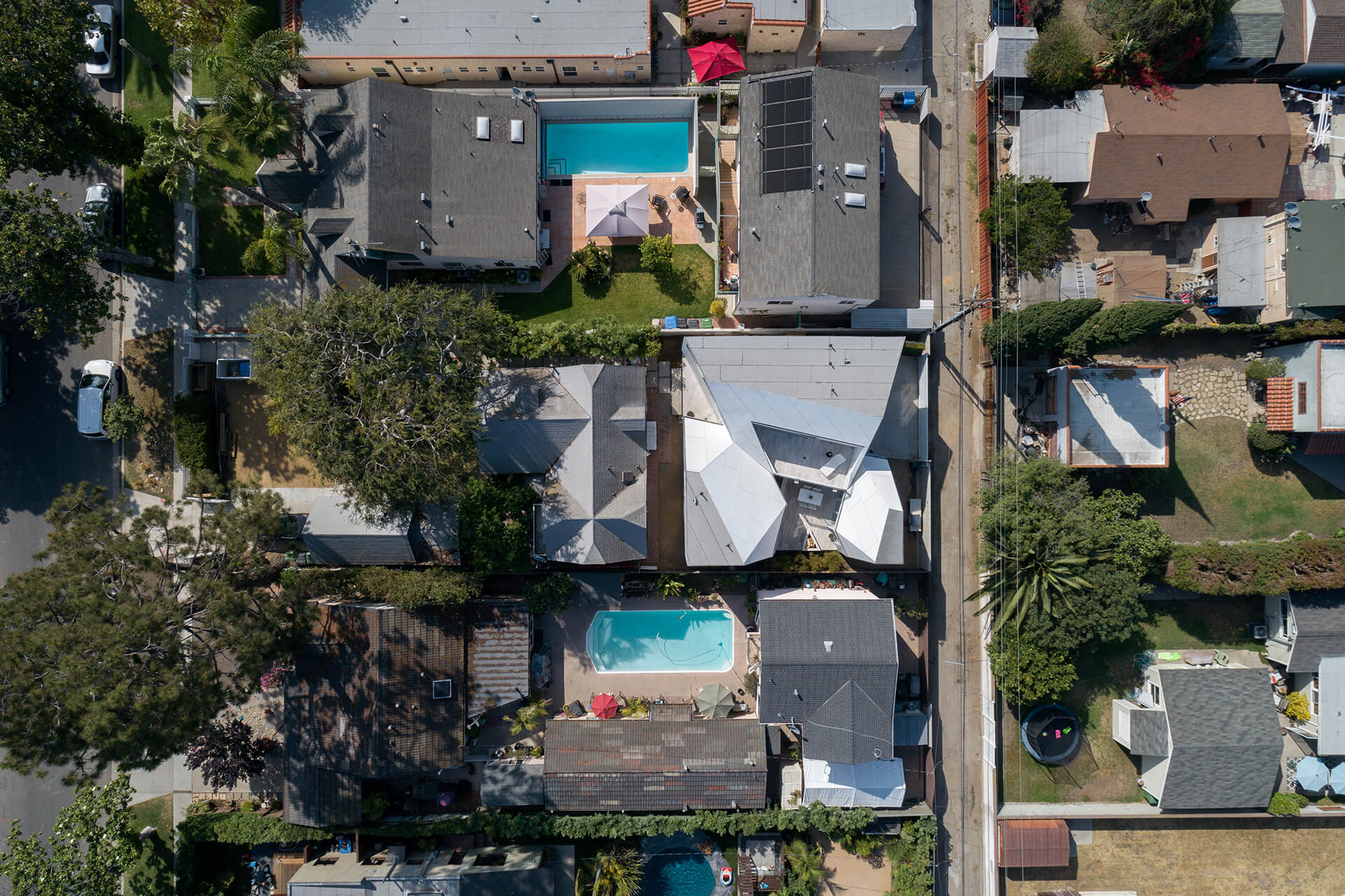 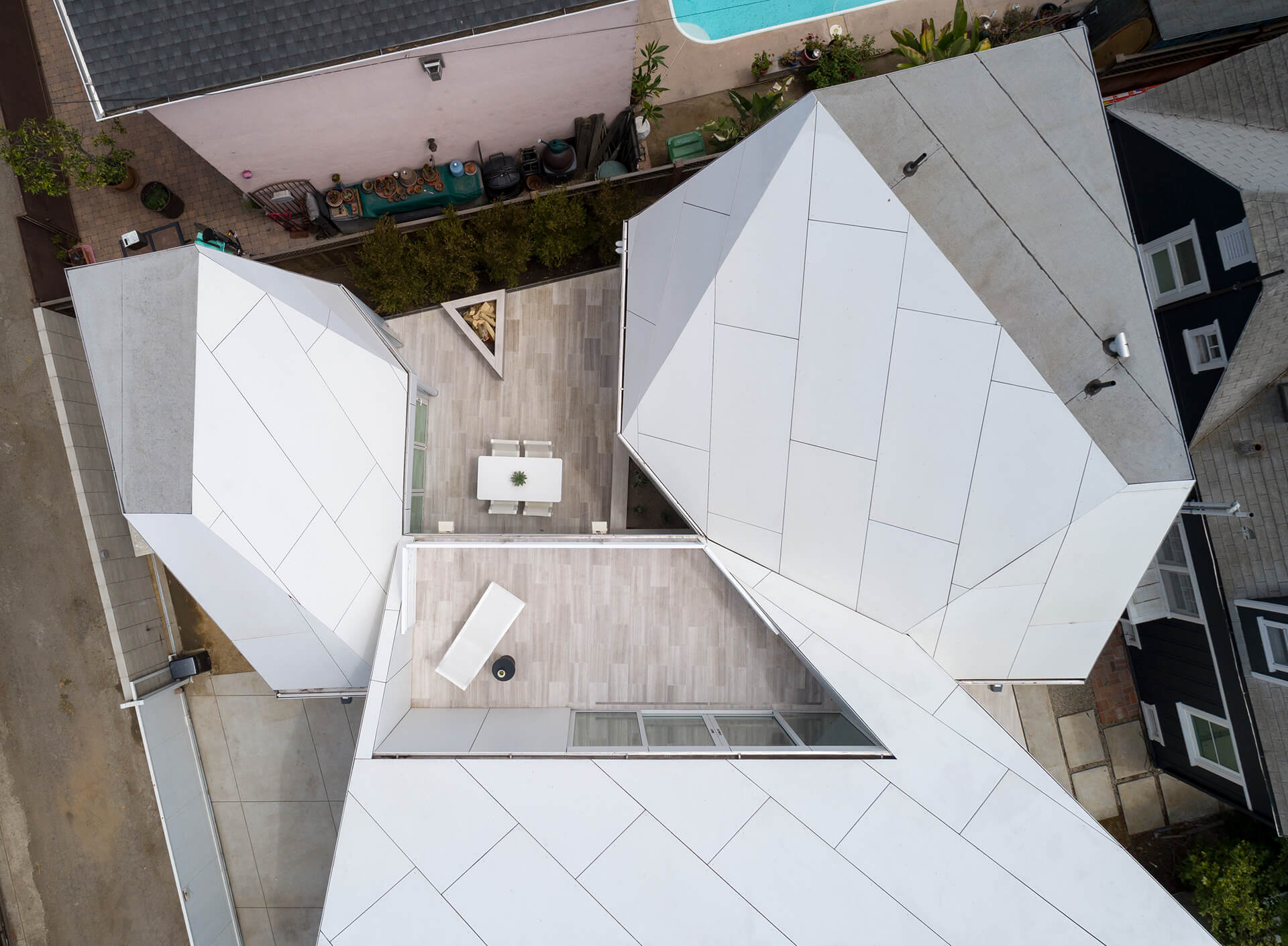 The media reports that the single-family home as we know it is dying.
DAVID FREELAND: Single-family homes used to be sort of experimental ground in Los Angeles for architects. There is a rich history of case study houses by the likes of Richard Neutra. These architects were really experimenting with the type. What we have seen more recently is that, thanks to the cost of real estate there is a lot more risk involved.

At the same time there is a lot less land, so fewer new homes are being built, and the ones that are being built are on much more difficult sites. All these elements together make it more difficult for your average homeowner to engage an architect to challenge the type and take more risks. With that comes that cities are starting to think about ways to densify to accommodate future housing needs. In LA how to do that, and how this densification will look, is still a very open-ended question.

What kind of responses are being given?
The housing shortage and the costs of houses provoked this question of how can we insert more affordable housing into Los Angeles. One way is through the accessory dwelling unit. Since the state has passed laws to allow them, they slowly made their way into LA. It suggests that the idea of density in LA is not one that’s centralized, but one that’s dispersed. The way to begin to add more homes is by somehow breaking down the American dream of the single-family home on its own 500-sq-m lot. The ADU seems to be one way to do that.

Are you incorporating these units in your residential designs?
Yes, we included one in our design for Stack House, a multi-level hillside residence in LA’s Mount Washington, which is embedded into the slope rather than placed atop of it. We added a flexible unit to the second level of the home. We really integrated it into the massing of the house, instead of placing it in the backyard, which is the more common approach. Future owners can use it for anything they want – as an in-laws unit, a rentable guest retreat or an office for example. It has a kitchenette, bathroom and separate entry. 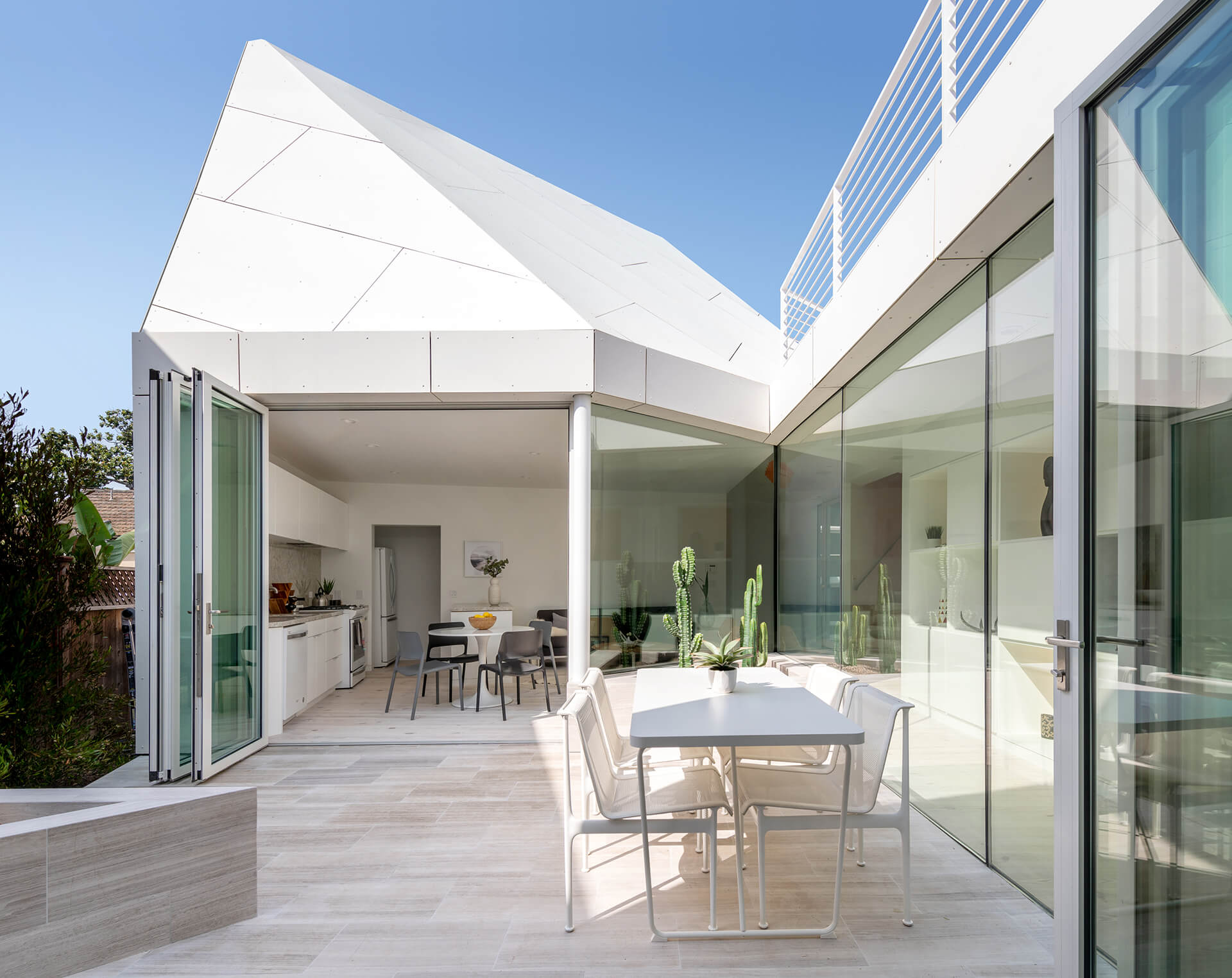 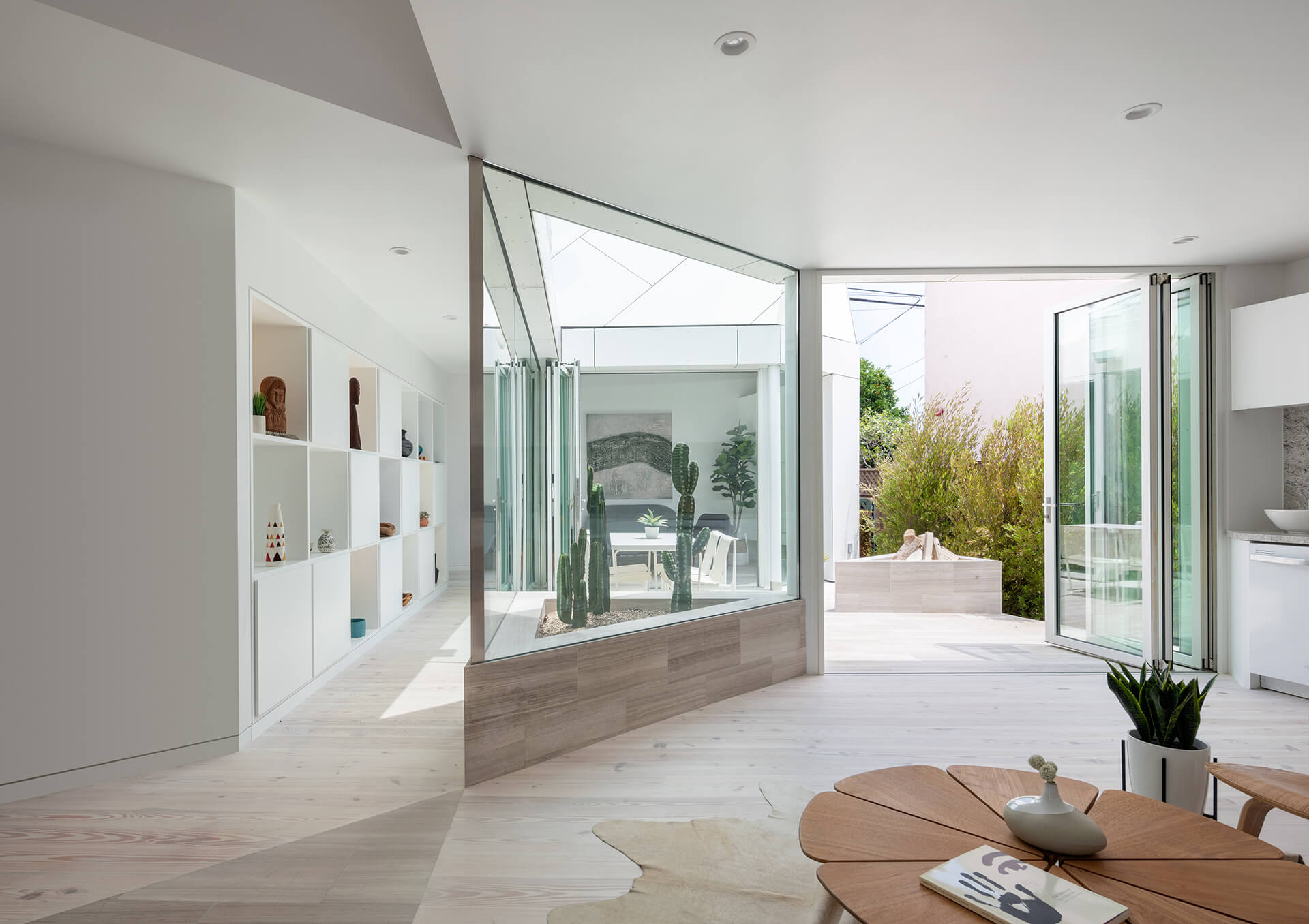 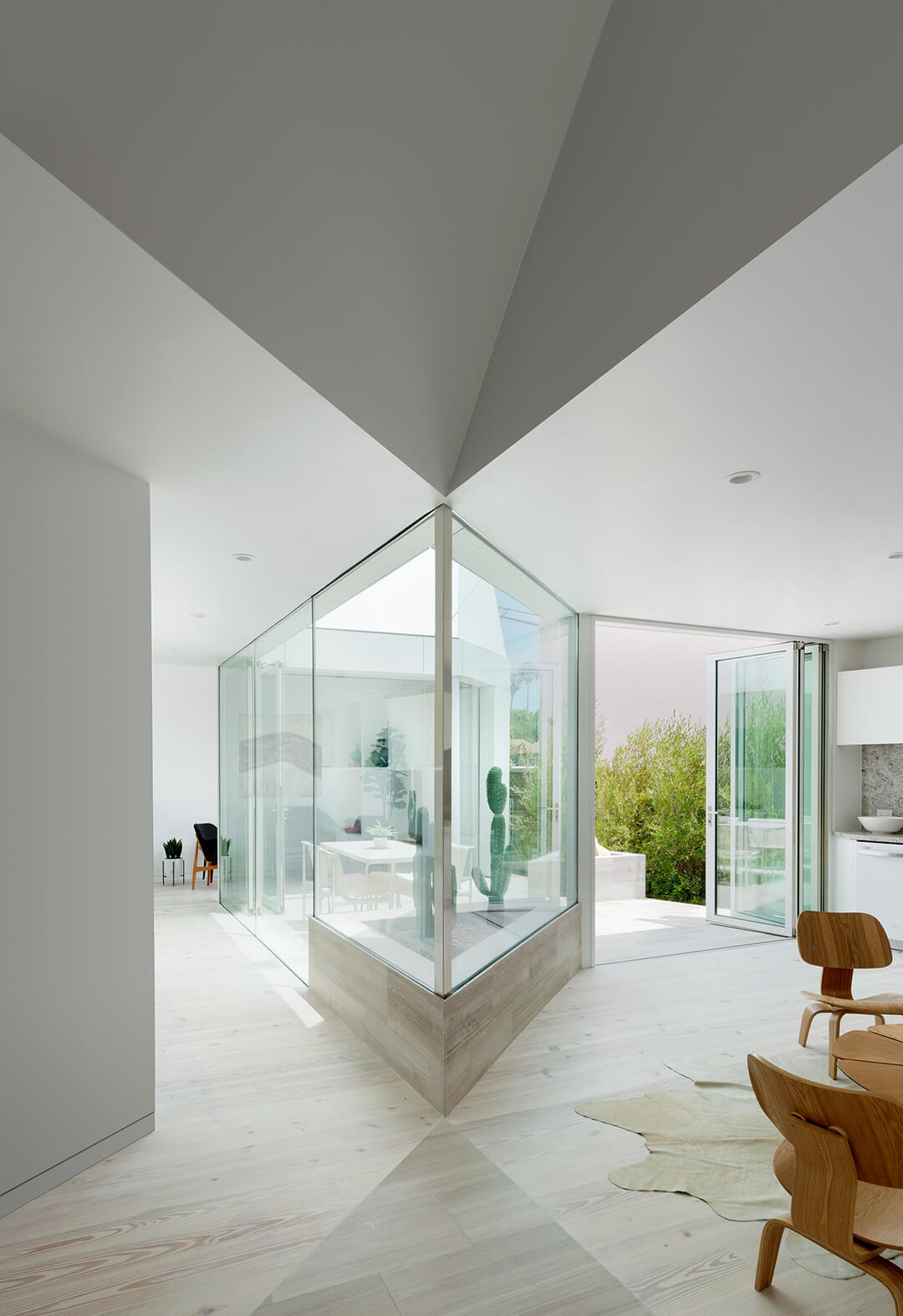 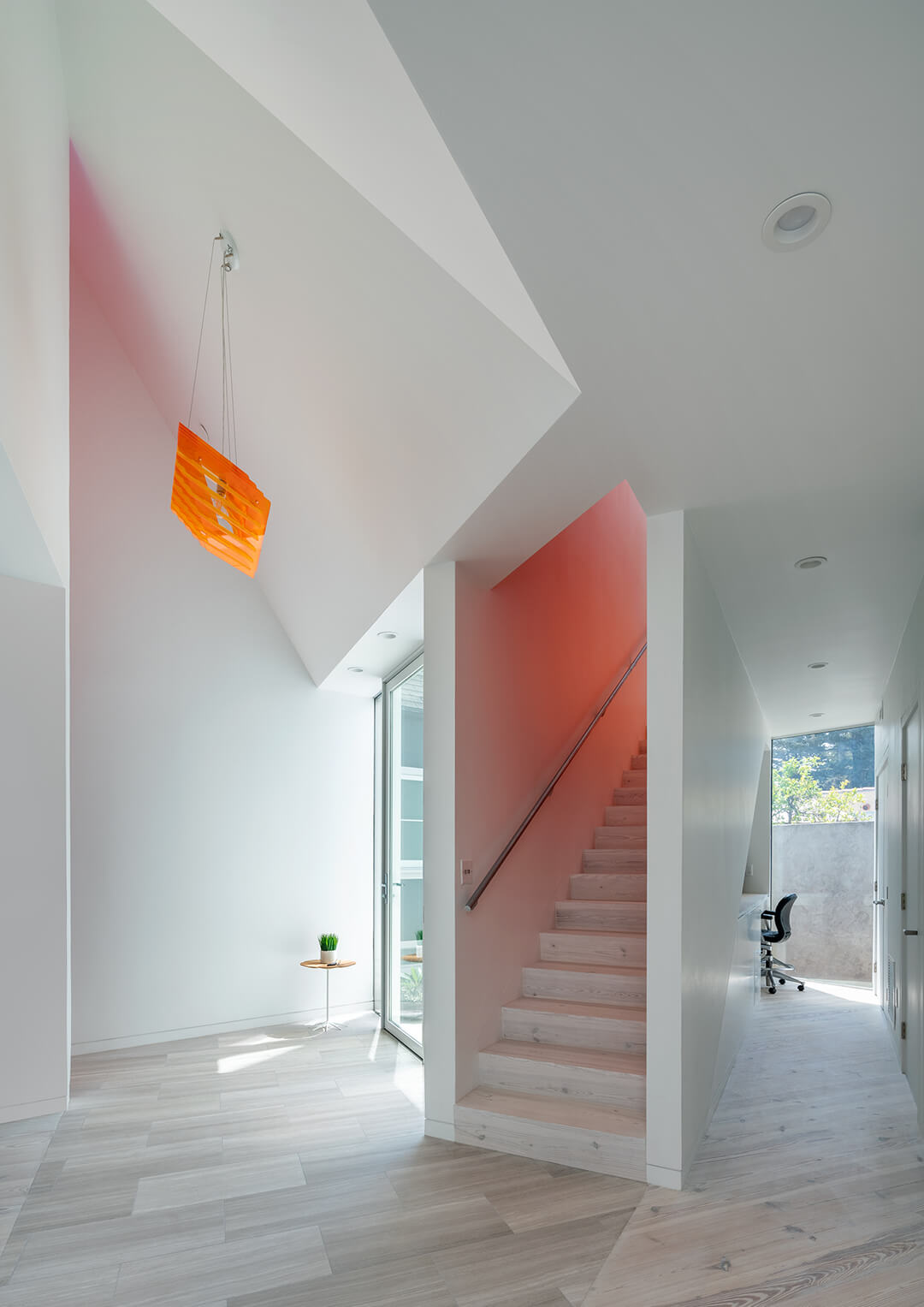 Yet, in your concept for a potential future house next door to Stack House we don’t find an ADU.
Unfortunately, there’s a proposed ban on ADUs at hillside properties because of concerns about safety and access. That’s why we decided not to include one in these plans.

Both houses take a very different approach to the Californian lifestyle of indoor-outdoor living. Why?
With Stack House we focused on making the best use of the unobstructed views of the San Gabriel Mountains. Because of the way we stacked the volumes, with each offset, the adjacent roof becomes a balcony or landscaped deck. Thus we expanded interior spaces to the exterior at every level. Thanks to their varied orientations they each provide a different view.

Second House asked for a different approach. Because the house is located on a tight side behind an existing property, we organized the ground floor around a private courtyard, turning inwards. All walls facing this exterior space are of glass.

It seems as though, despite the city’s challenges, you found a way to further explore the typology of the single-family home.
Yes, we look for our own investors and developers to allow ourselves to keep doing so. And we don’t shy away from complex sites, which forces – or better allows – us to keep experimenting.