It’s a box that workspace clients are increasingly asking architects to tick: ‘build us an office that promotes innovation.’ Not the most concrete brief, and one that those who argue against the idea of architectural determinism will roll their eyes at. Architecture alone can’t make your workforce more innovative, but it can set some of the preconditions, most often by arranging space in such a way that users are pushed (gently) to interact – the mythical ‘serendipitous encounter.’

Realizing this sort of spatial choreography presents a sizeable challenge even when the designers are presented with a blank slate. To achieve it within the constraints of a preexisting building, one created for an entirely different purpose and several decades before ‘innovation’ entered the office manager’s lexicon, is no small feat. This was the task presented to Lxsy Architekten, designers of new Berlin co-working space Spielfeld.

Located in a former post office on Skalitzer Strasse, the listed redbrick building wasn’t one naturally given to channeling the fluid dynamics of a host of digital agencies and startups, something that would have to be achieved under the watchful eye of the heritage protection agency. 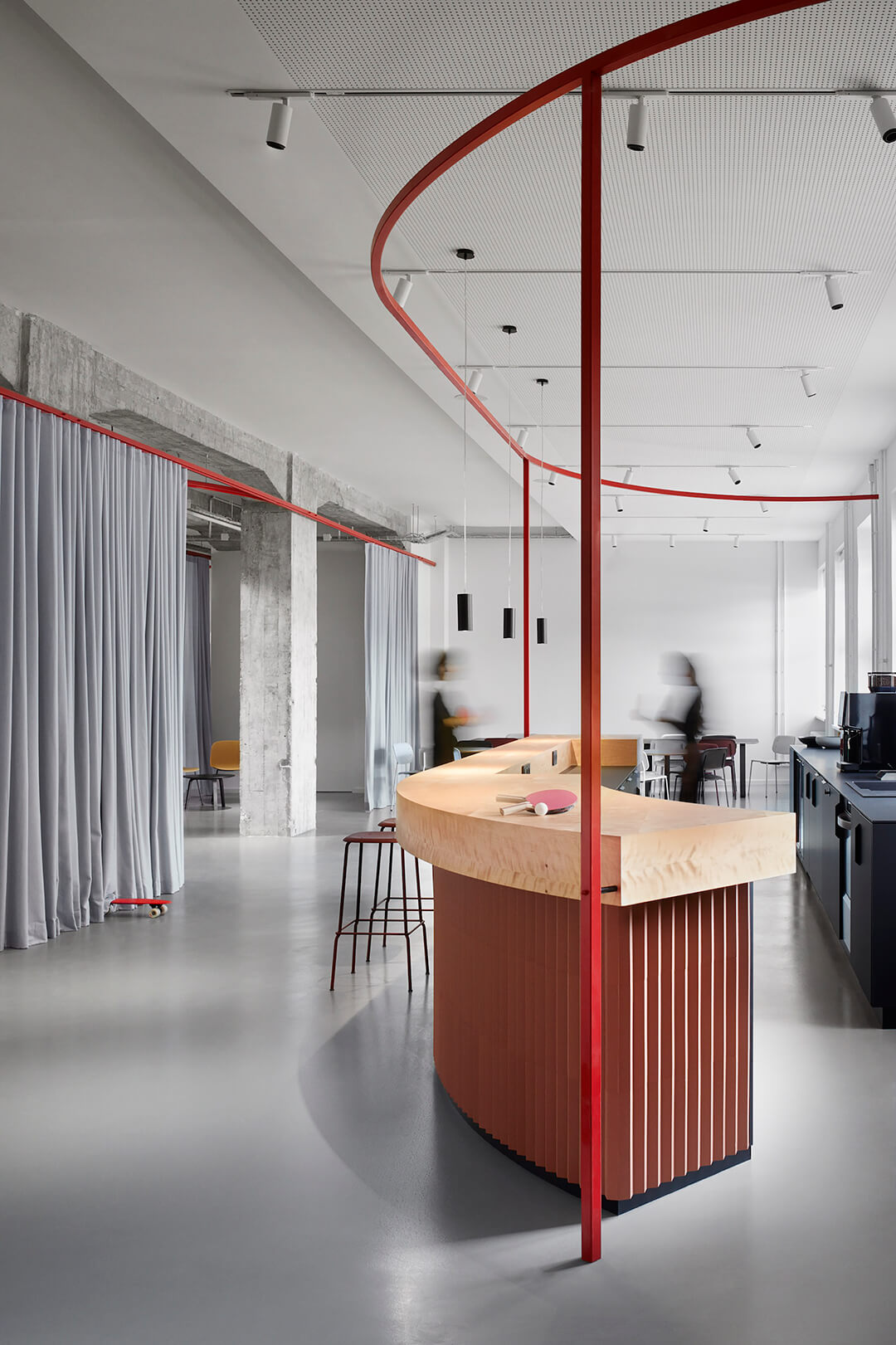 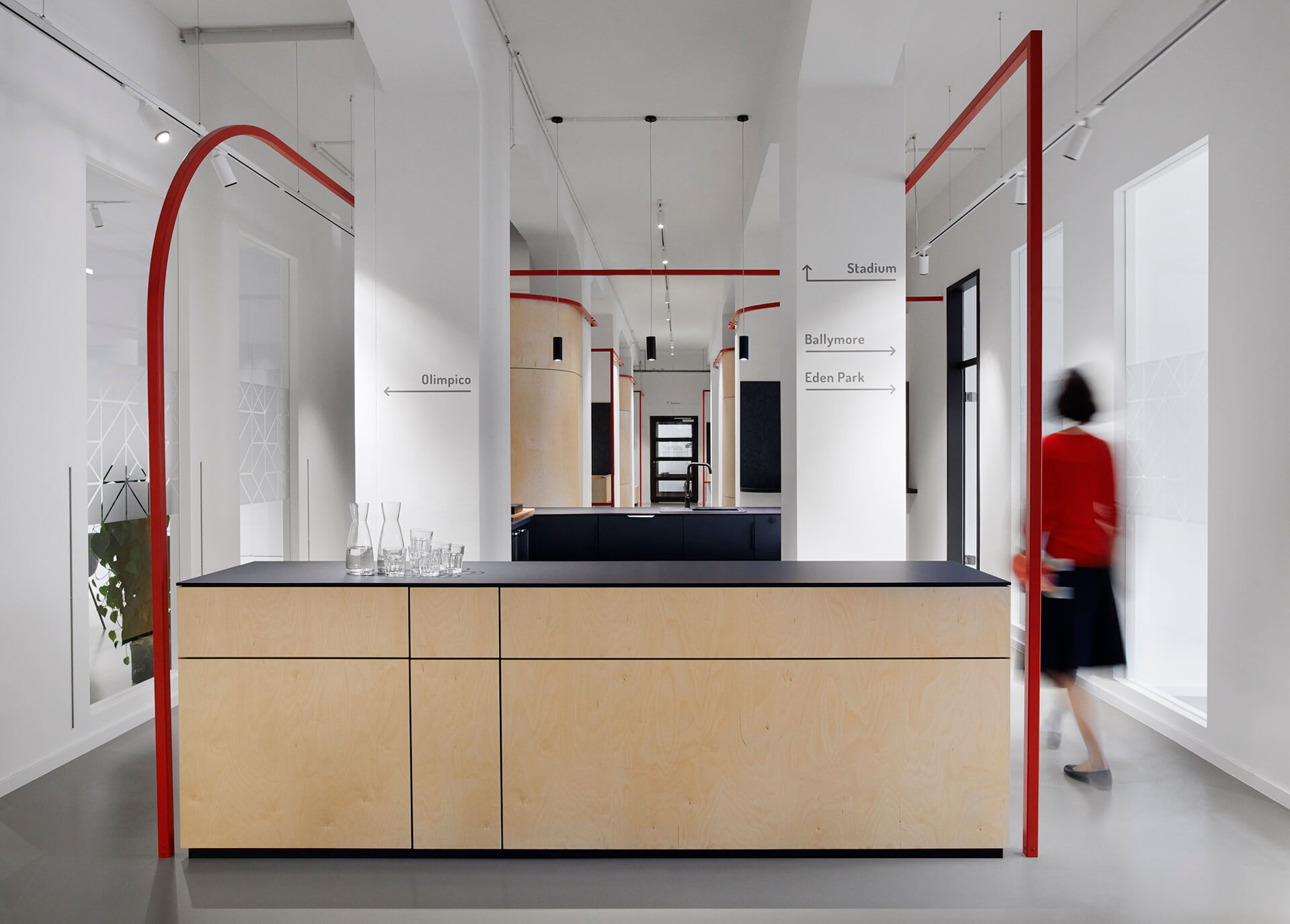 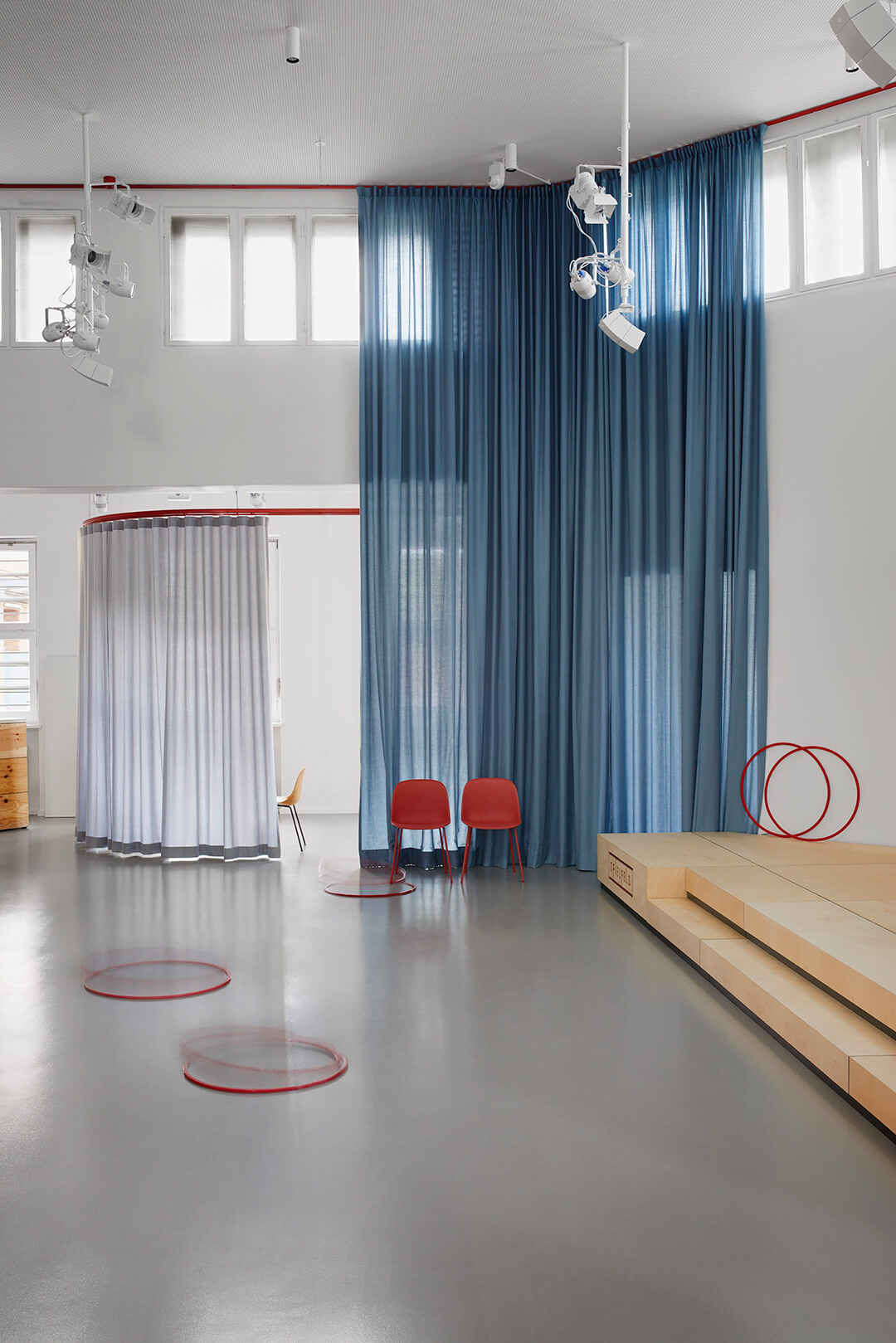 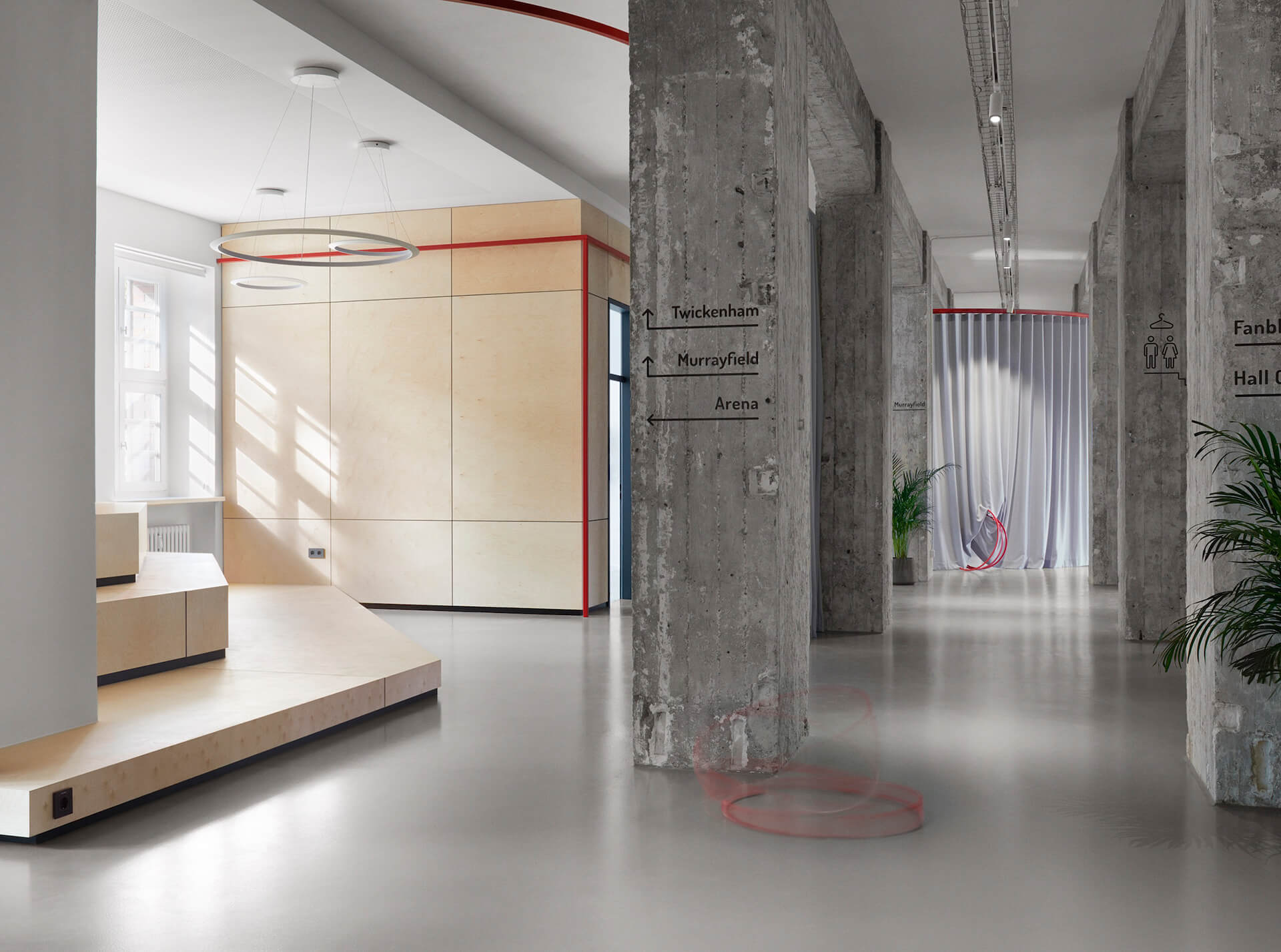 The focus, both of the retrofit and of the historians, was the hexagonal post office counter hall. Spielfeld is as much an events space as a workspace, so Lxsy Architekten used this fulcrum as the location of a stage, around which they could organize breakout areas for workshops. The latter are divided using curtains, a solution that adds a high degree of flexibly whilst also being minimally invasive to the existing concrete superstructure.

Around this heart gravitate a variety of zones, from public facing areas such as a café, meeting rooms, flexible co-working areas, a lounge and bar, to more private sections leased out to corporate tenants. In between sit a variety of niches, nooks and cabins that contain various work utilities, from telephone boxes to meeting areas and storage. This borderland can be manipulated into a range of opened and closed states to allow the building to adapt to user needs, from more concentrated work sessions to building-wide events and parties.

Such functional diversity required an uncomplicated aesthetic to hold it in place. Lxsy Architekten leaned on simple yet powerful geometries, echoing the faceted form of the central staging space. This can be seen up close in details such as the zigzag profile of the tiles covering the bar, or more broadly across the steel armatures that carry curtains throughout the space. The layout of the latter is mirrored in floor markings that teach users how each area can be sectioned.

Within these overlapping grids, colour plays a central role. The expressiveness of the original unadorned concrete structure is allowed to shine out, complimented by a grey stone floor and the softening effect of Birch wood. Traditional colour themes – ‘a historical pigeon blue shade as well as the striking rust and fiery red tones’ – are then used to help bridge the gap between an old building and its modern ethos. Curtains create huge, interchanging tonal expanses as spaces merge and divide, while the bright steel rails that wander throughout define the various borders at which action, be that entertainment or inspiration, might spring up.