It’s not very often that research-based installations are intended as a permanent fixture but the two-storey tall structure Under Magnitude in the concourse of the Orange County Convention Center begs to differ. Suspended in the atrium, high above the heads of those gazing upwards with curiosity, the three-dimensional piece is art and architecture studio Marc Fornes / Theverymany’s biggest realization to date. The installation is built up of 4672 ultra-thin aluminium ‘stripes’, assembled on-site with over 100,000 rivets. Studio founder Marc Fornes talks to Mark about how the design evolved from his past research and why strength relies on geometry, not on materials. 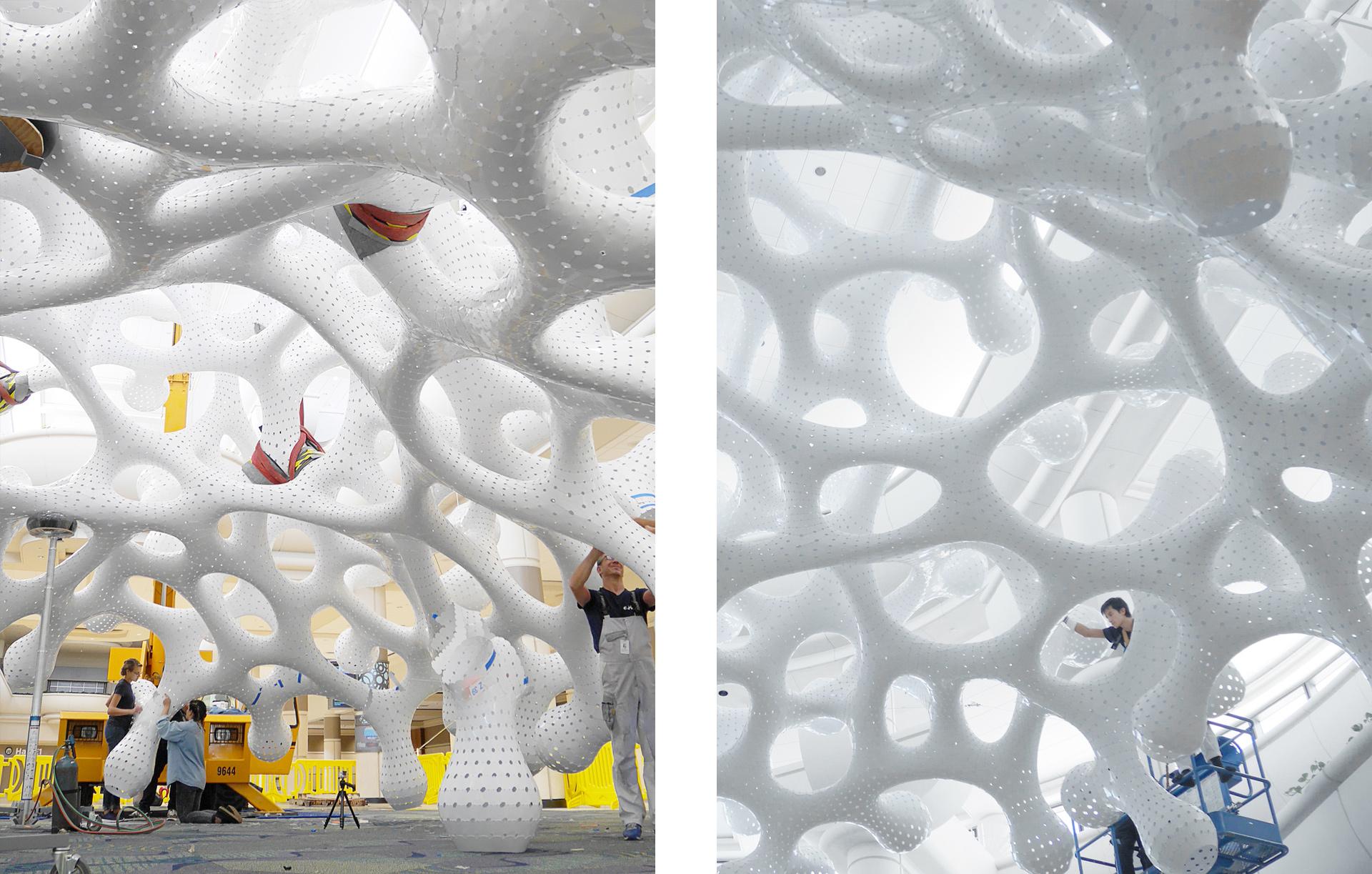 First of all, can you talk to us about ‘structural stripes’?
‘Structural stripes’ are a ‘topological mesh-walking material system’, invented by the studio over ten years ago, which we have been developing through projects of increasing scale and scope ever since. Stripes are the individual parts that describe the surface, each assuming high degrees of curvature individually and high degrees of double curvature in accumulation, amounting to extreme structural rigidity.

How did this develop into Under Magnitude?
Each project pushes forward the development of the stripes. Under Magnitude is the largest application yet, particularly on a permanent installation. It is the first piece to be developed with three thicknesses of stripes – based on stresses and loads – and tested with the live loads of people walking. 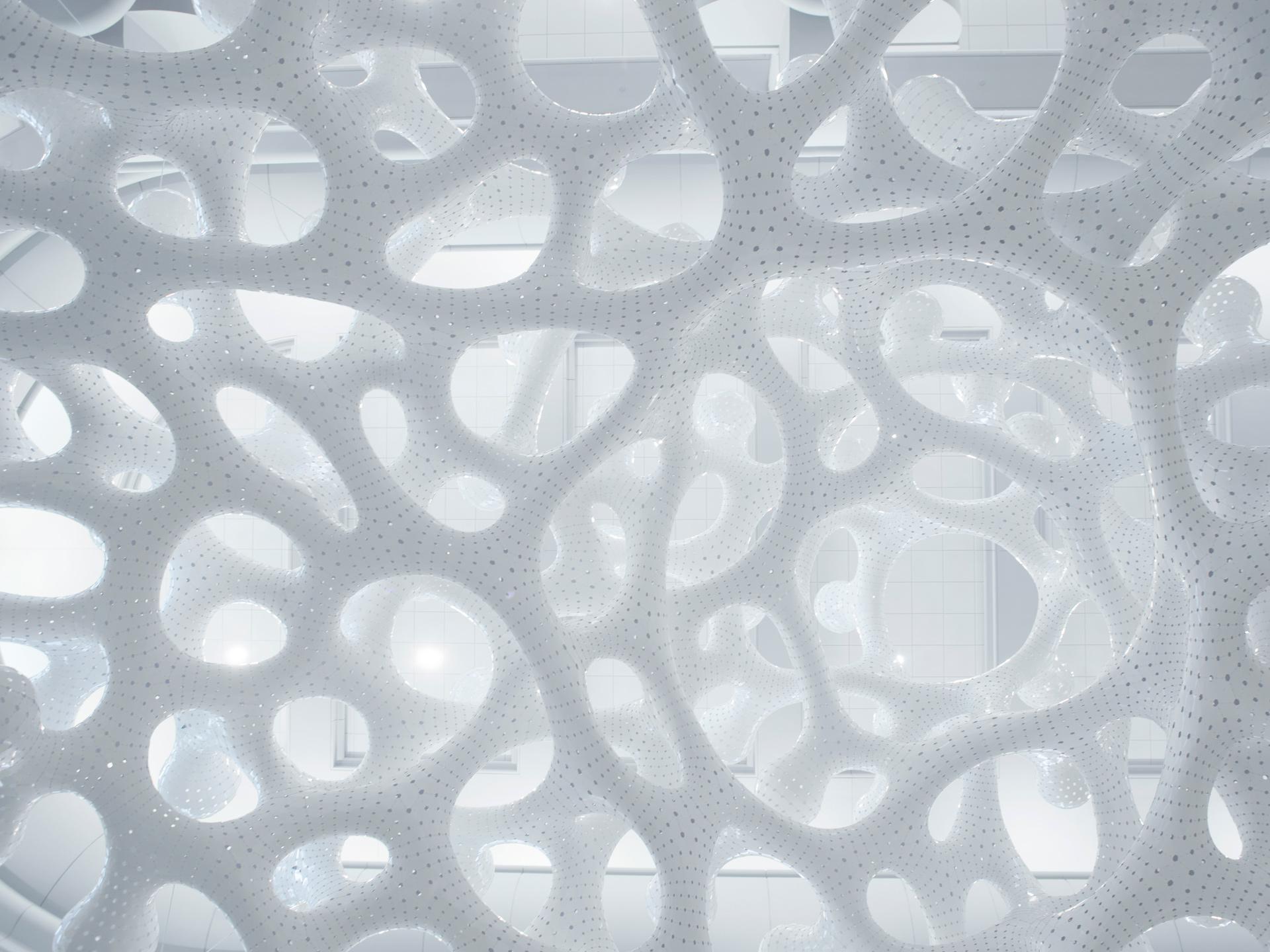 We took a different approach with this project: typically, the stripes of a piece grow and organically ‘conquer’ a surface but, on this occasion, a more striated approach to the segmentation meant that the sections could be decomposed into sub-elements – so-called nodes. Each of these could then be pre-assembled and cleanly attached to one another.

How is this thin structure strong enough to walk on?
The double curvature of the construction provides stability and support. In this project, the maximum radius of curvature was capped, so not only is there double curvature on a global level but at each local ‘zoomed-in’ part, as well. The intricate curvilinear surface also acts as structure, forming a unified system of both ‘columns’ and ‘beams’, aggregated to create a three-dimensional space. This makes it exceptionally strong and supportive. 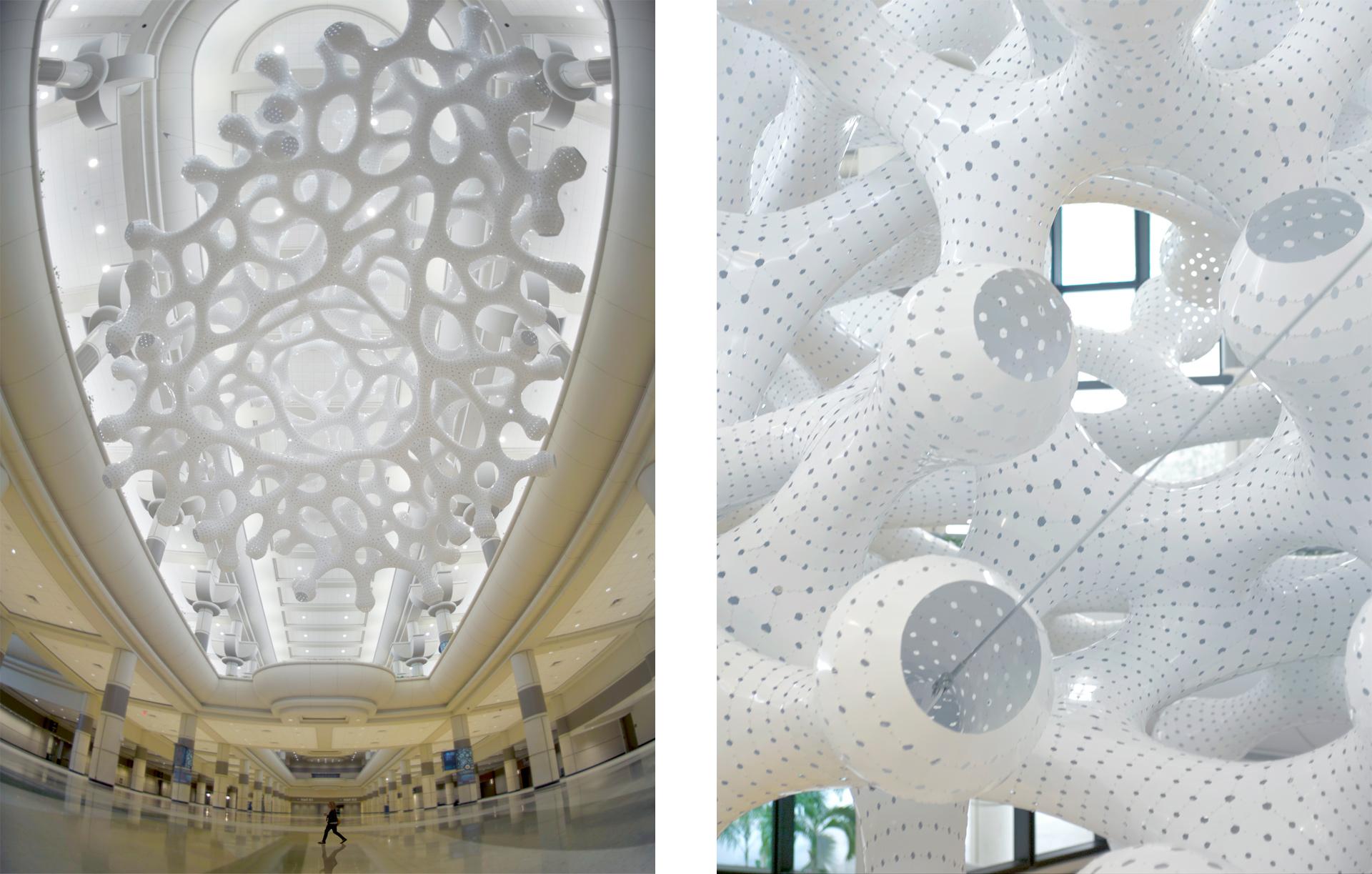 Which is more important, the process or the product?
The two cannot be dissociated.  A large focus of the process is to generate, develop and describe the best quality product and, yet, the quality of the product is more than just the sum of its protocols and processes: it needs to be evaluated for the quality of its space, moments and experiences.

What happens next?
We are interested in developing spatial experience – creating new kinds of spaces for people to apprehend and where they might accidentally lose a little of their time.