Masquespacio shines a spotlight on authentic Japanese hospitality in Spain

Breaking the barrier between interior and exterior space, creative agency Masquespacio has injected an air of a typical Tokyo neighbourhood into an eatery on the east coast of Spain. Hikari Yakitori Bar is a new venue in town – with restaurateurs Jose Miguel Herrera, Nuria Morell and Clara Vidal at the helm – that serves up the traditional street food yakitori, a dish from Japan that numerous vendors populating the back streets of the Hajimeya and Kabukicho districts of Tokyo serve-up on a daily basis. 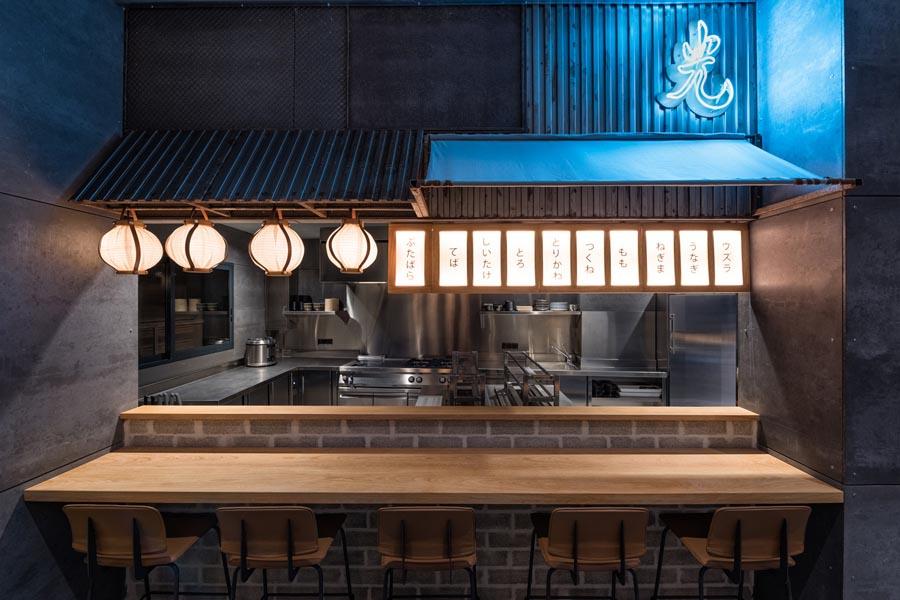 The designers mixed industrial materials with a monochromatic palette to create an interior reminiscent of an alleyway in the Japanese capital. On stepping inside through a tunnel-like entrance, customers encounter a space with an urban quality replete with concrete walls, granite flooring and a corrugated metal ceiling. Bare bricks and steel frames in the front part of the venue are softened by wooden touches in the seating aspects and in the booths that line the walls. 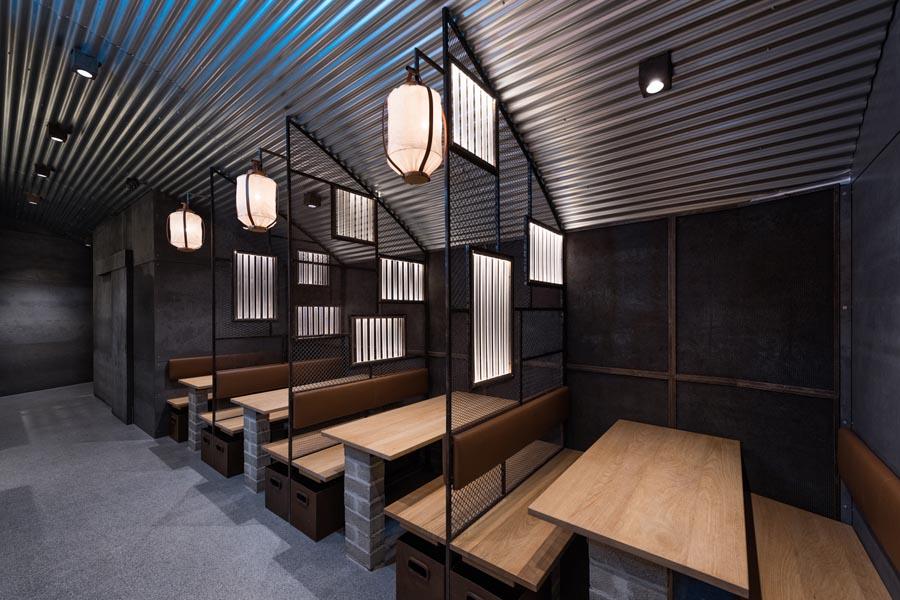 A secluded spot tucked away at the back of the restaurant opens up like a Spanish plaza yet with that authentic Japanese feel. Encircling a contemporary take on a traditional food cart in the centre of the space are small ‘houses’, illuminated by lanterns and bespoke light fittings designed by Masquespacio. The studio’s creative director Ana Hernández comments, ‘The light sculptures hanging from the ceiling and the walls are a metaphor of the neon signs that create such a strong visual on the bustling streets of Tokyo.’ 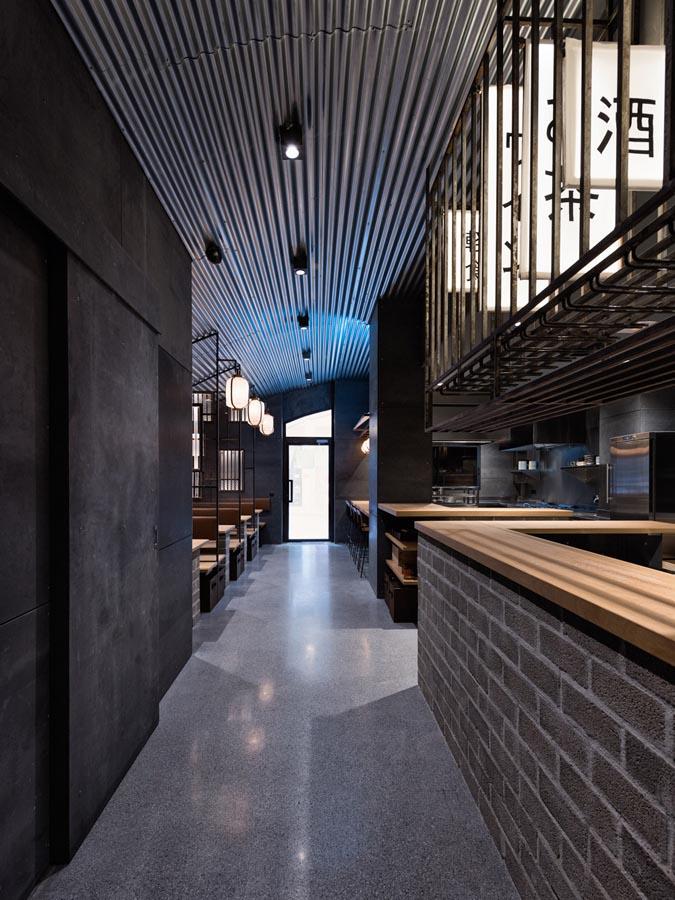 The distinct illuminated aspects in the space add character and are a stand-out feature for the venue, which is in harmony with the fact that its name – Hiraki – translates as ‘light’. The concept may be inspired by the landscape of a chaotic, metropolitan city, though it is a traditional and calming atmosphere that greets customers as they step inside for a taste of Japan. 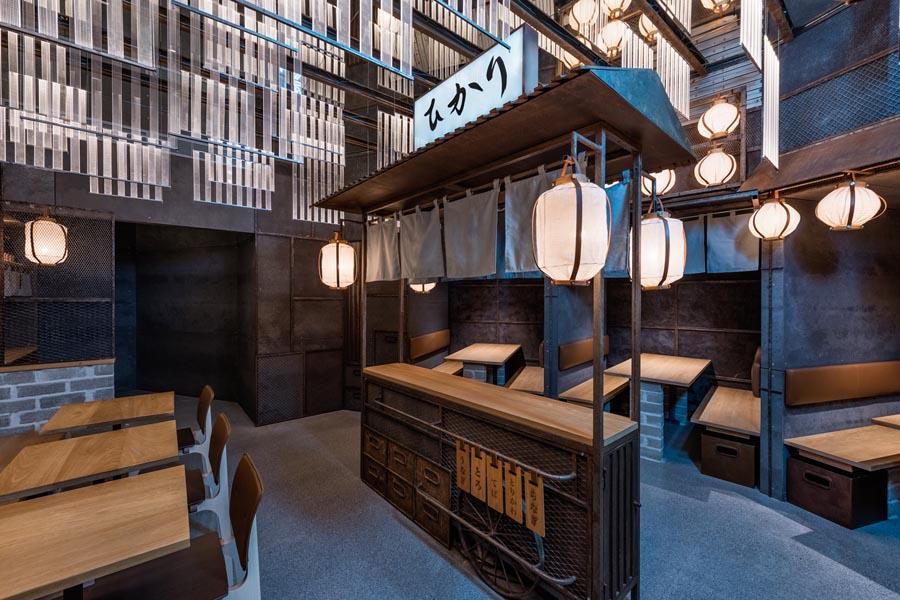