With lint rollers either in hand or on the end of telescopic poles, New York-based Italian designer duo Erika Zorzi and Matteo Sangalli of Mathery Studio collect the colours of their clothes in a collaboration with Andrea Pecora and Revolution Department. Zorzi and Sangalli offer a bit of insight into the equally quirky and colourful clip Fiber Affair:

What is the intention of the film Fiber Affair?
It’s a personal project that has been made to show and tell the many hidden functions objects can have. We also think this short film represents our design approach starting from the idea to the execution, story and aesthetic.

What led to this project's unique concept?
As a multidisciplinary studio, we always use different mediums to communicate and approach ideas. Fiber Affair is the result of the observation of an object that is part of a lot of people's routines, especially in winter time. 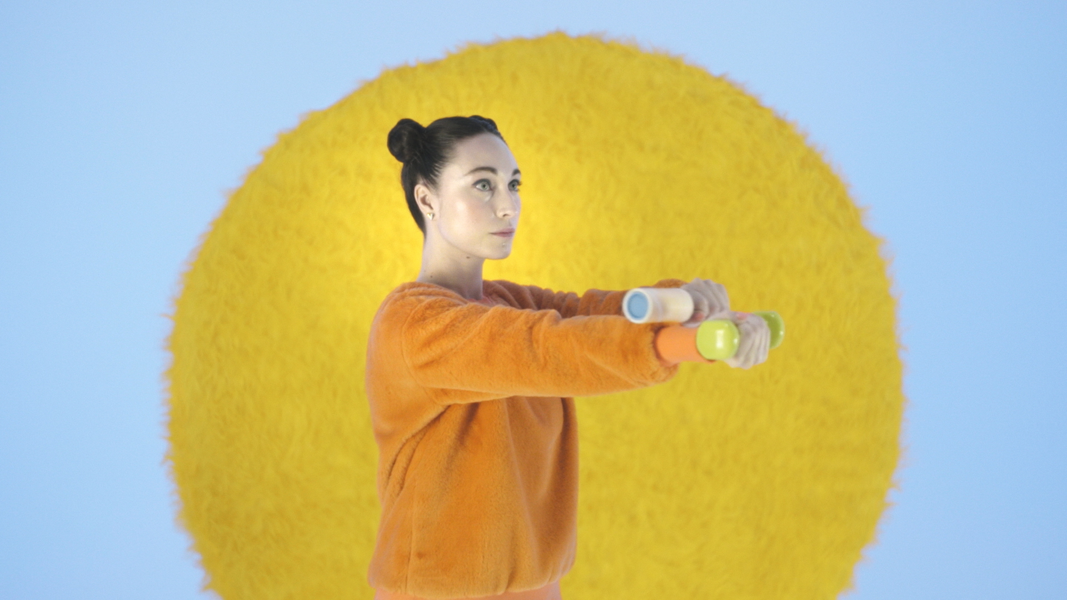 By trapping lint on adhesive paper, a lint roller collects the colour of the garment you are wearing. In a romantic world where you decide to keep all these sticky papers, you are able to collect the data of your personal wardrobe. How many times you wear red, grey and so on. 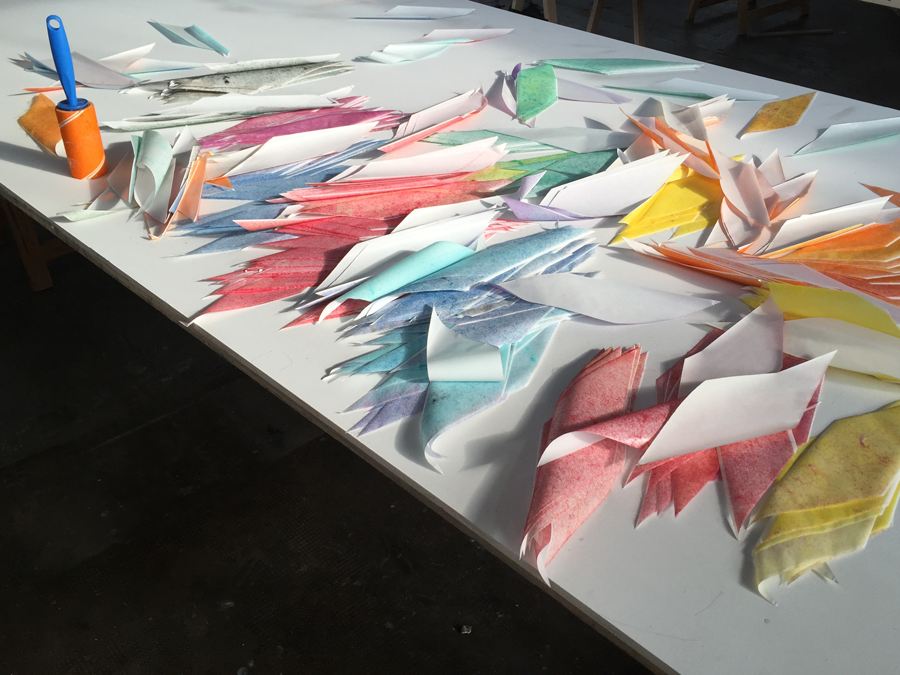 Another great aspect of the majority of the lint rollers on the market is their design. The adhesive papers that are peeled off become modules! Their diamond shape makes a beautiful mosaic effect when you put them all together. This is a great coincidence as well as a smart observation that led us to develop the project's idea, with the same object that collects the information becoming part of a data visualisation. 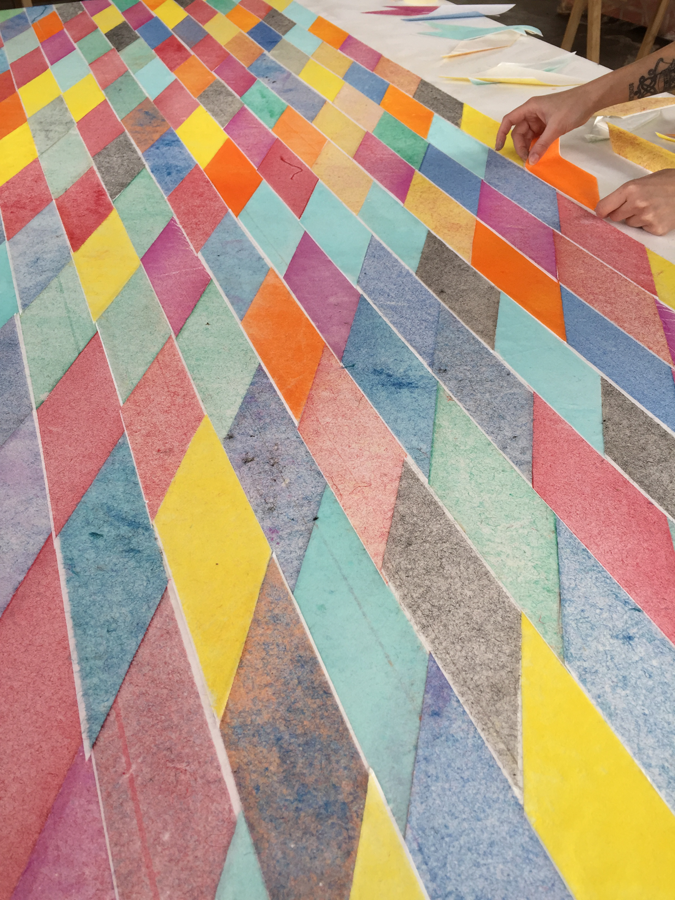 Our relationship became really strong and we decided it was the perfect moment to collaborate on something personal. We introduced our idea to Andrea and then presented it to Revolution Department which produced the film. 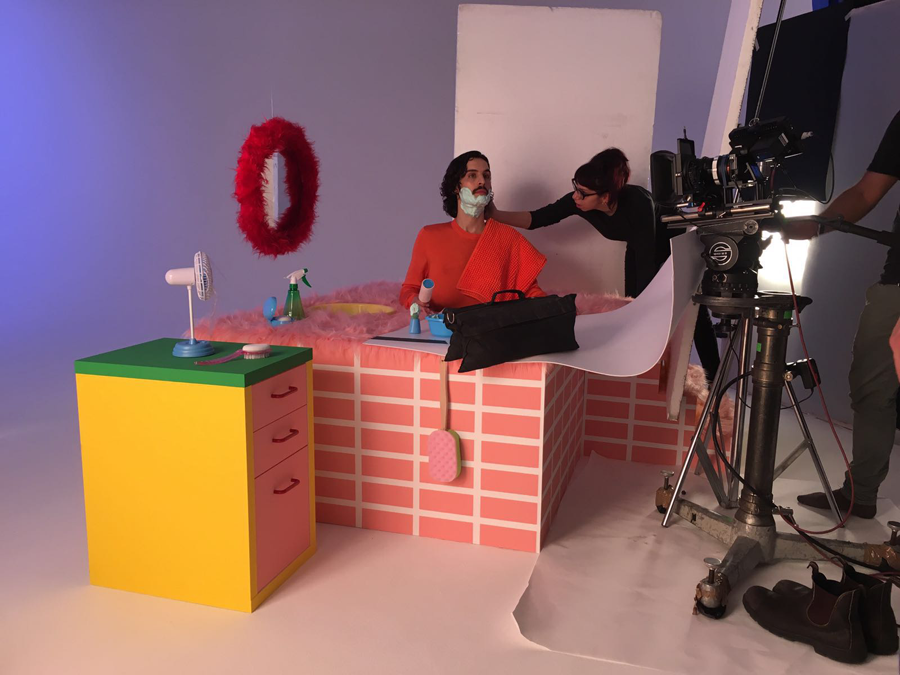 We put together a great team of professionals among our colleagues and friends – photography director, stylists, make-up artists and so on – that believed in the idea and wanted to be part of it. Before talking with Andrea, the concept of the film didn’t involve our physical presence but we decided it would have been really fun for us to be in it and on set, with Andrea directing.

Which elements of the video were conceived by Mathery Studio?
We wrote the scenes of the film and developed the film direction in collaboration with Andrea. We worked on the set design and art direction as well as built up every piece of the set – this includes the production of more than a thousand adhesive papers full of coloured lint! – and sourced the props. 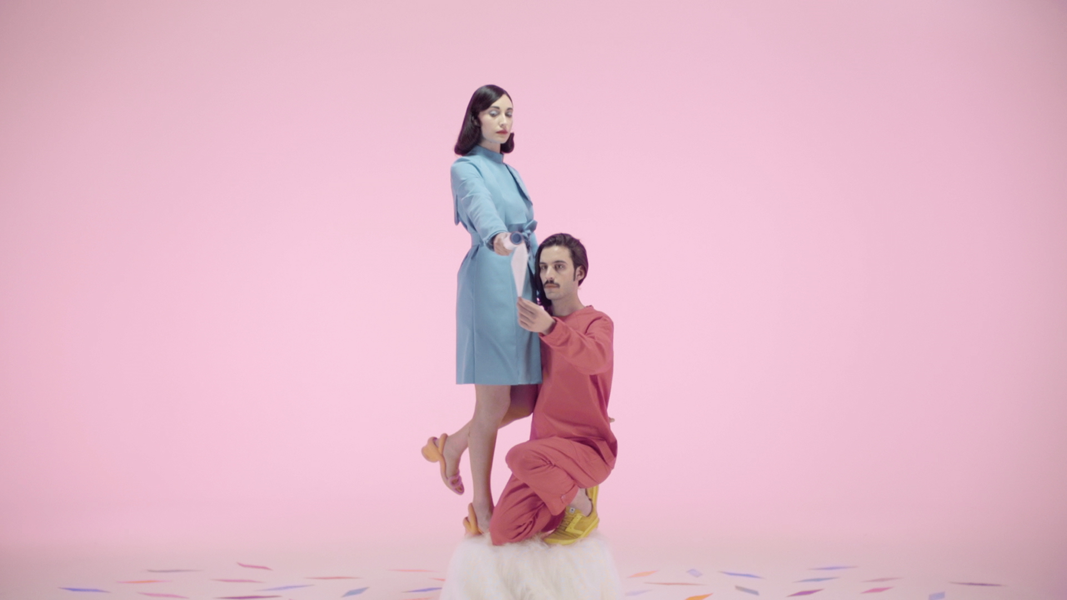 The great thing about developing a personal project is that, without clients involved, you can have complete freedom of expression. Last but not least, acting was probably the most difficult part of the project!

And without further ado, enjoy the collaborative efforts of Mathery Studio, Andrea Pecora and Revolution Department for the film Fiber Affair: