Specializing in sculpture and artefacts from ancient Rome is Galerie Chenel, a well-known establishment on the Quai Voltaire in Paris. To present a sampling of its collection at the Biennale des Antiquaires, an art fair held at the city’s Grand Palais, the gallery channelled the creativity of Mathieu Lehanneur, who promptly relegated the conventional trade-fair stand to the past. The Frenchman based his design on the knowledge that ‘trends in art come and go and sometimes never come back, but objects from the Roman civilization remain’. In his eyes, the familiar voguish booth does not put classical works of art in a proper context. ‘I wanted to create a setting that references both the ancient past and the future,’ says Lehanneur. A mix of marble, metal and foliage allowed him to transform the 60-sq-m area into an environment worthy of Galerie Chenel’s exquisite antiquities. 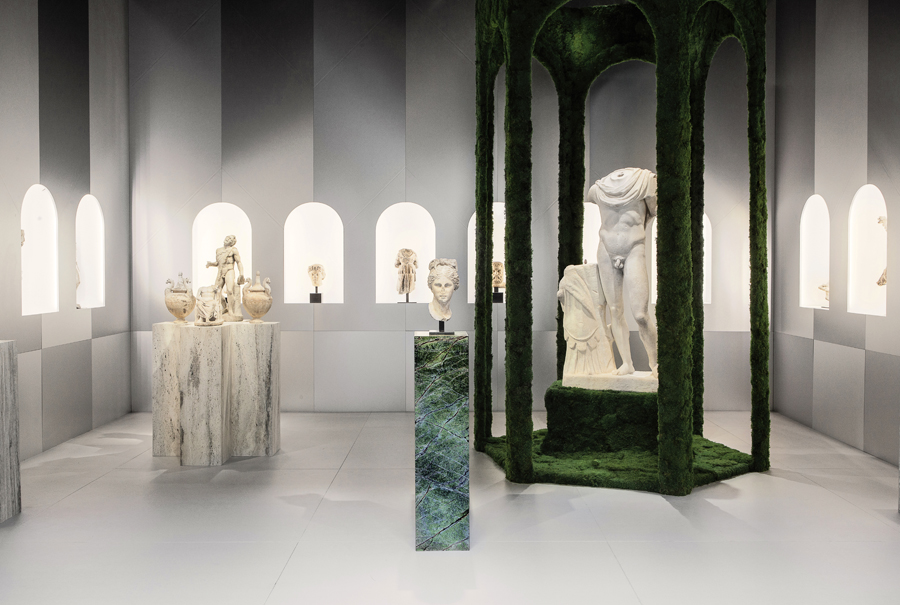 A Roman arcade with a futuristic twist gave the grey surroundings a strong motif. The panelled enclosure was notched with glowing niches, and each arched recess accommodated a bust, a figure or a vessel, together forming an enfilade of venerable objects. Centrally positioned clusters of marble plinths displayed artefacts, while sharing the space with a monumental nude: a headless statue encaged in a ring of greenery-wrapped columns. The scene traversed the ages to suggest a suspension of time. 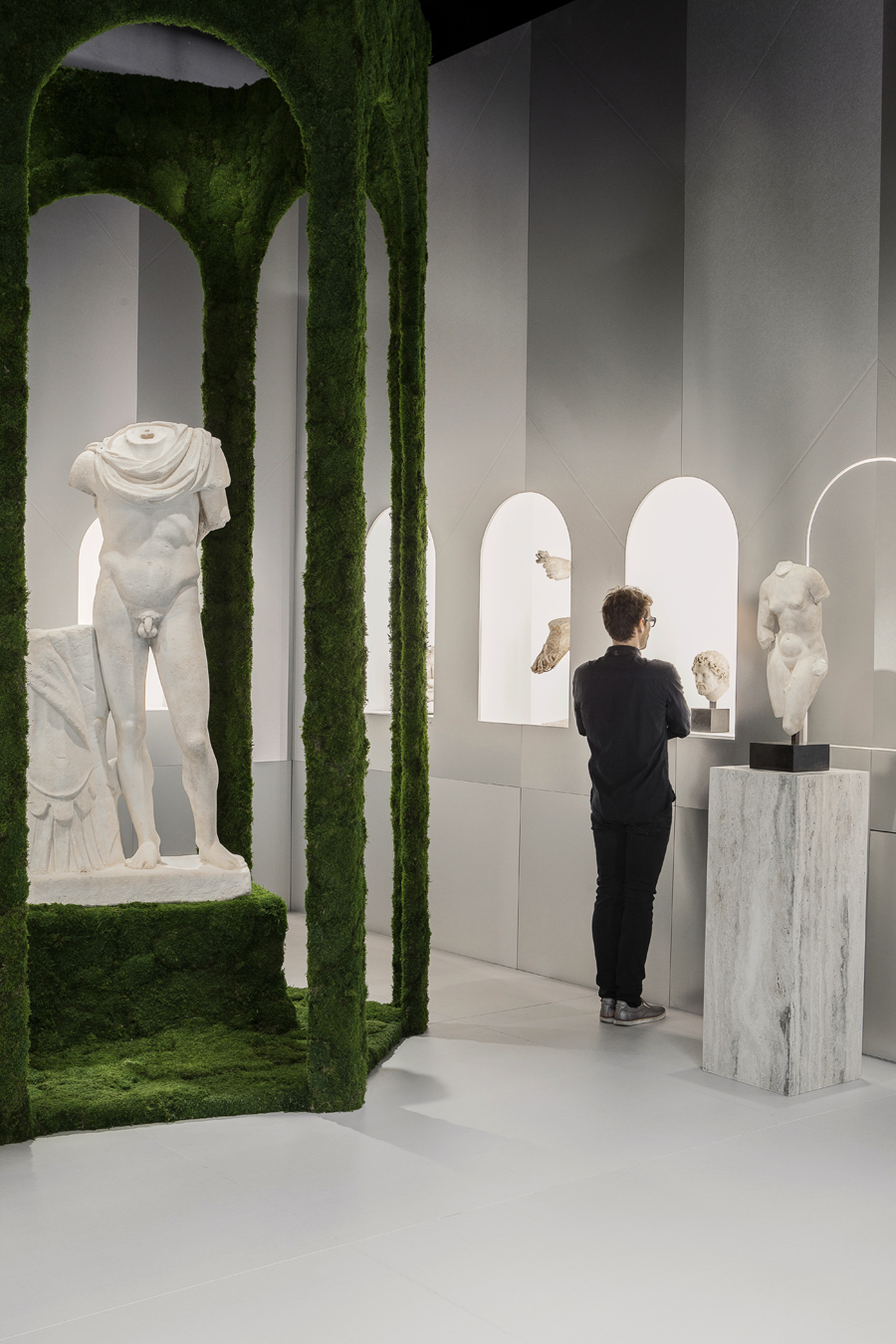 This article is featured in Frame 114