When Maison Kitsuné asked Mathieu Lehanneur to design its flagship store in SoHo, the French designer strove to create a strong visual statement.

‘What interested me is that while Maison Kitsuné's clothes and graphic universe have a particular identity, the stores – although they look pretty – are all different from each other,’ says Lehanneur. ‘So I wanted to understand the label's history and construct something around that.’ 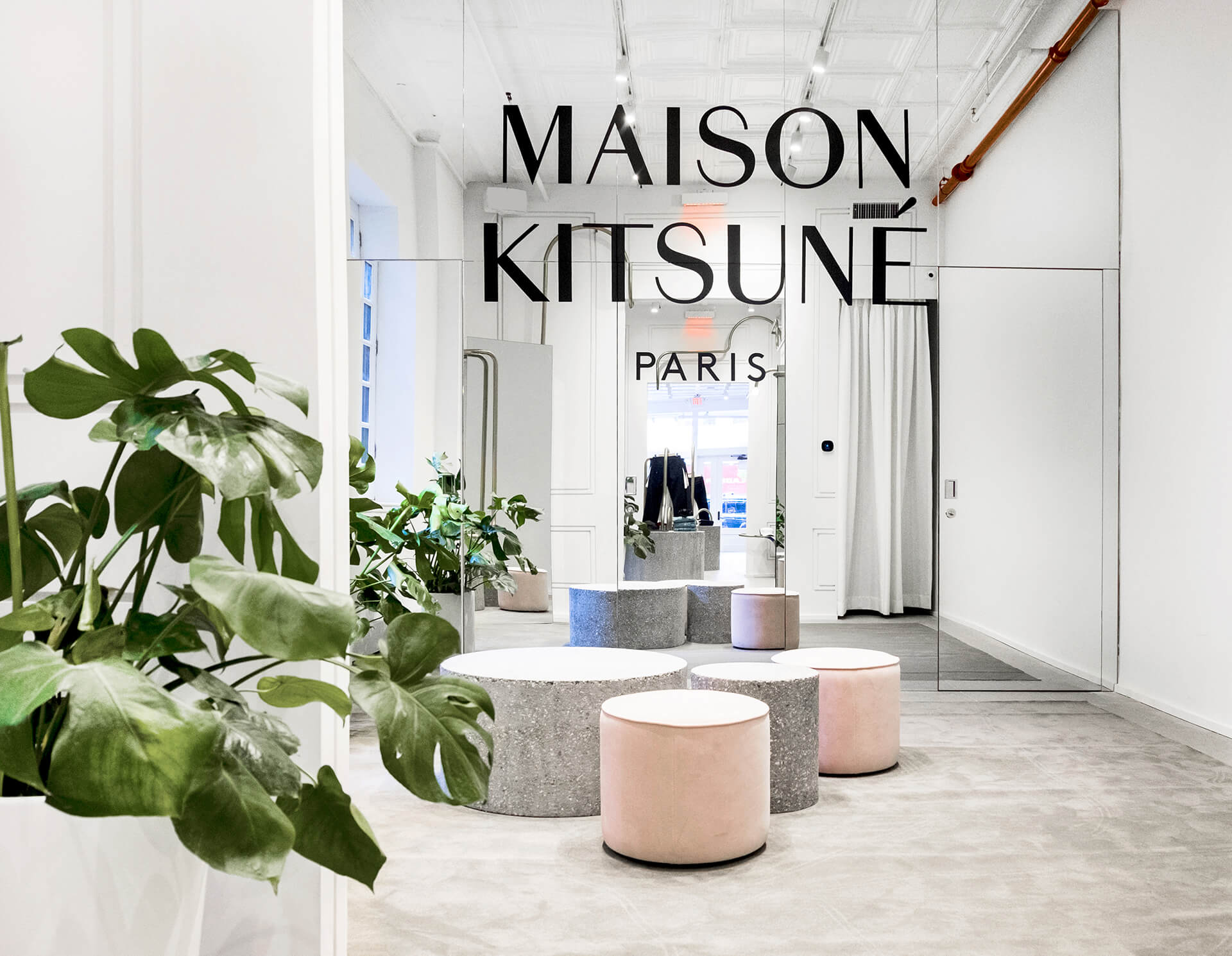 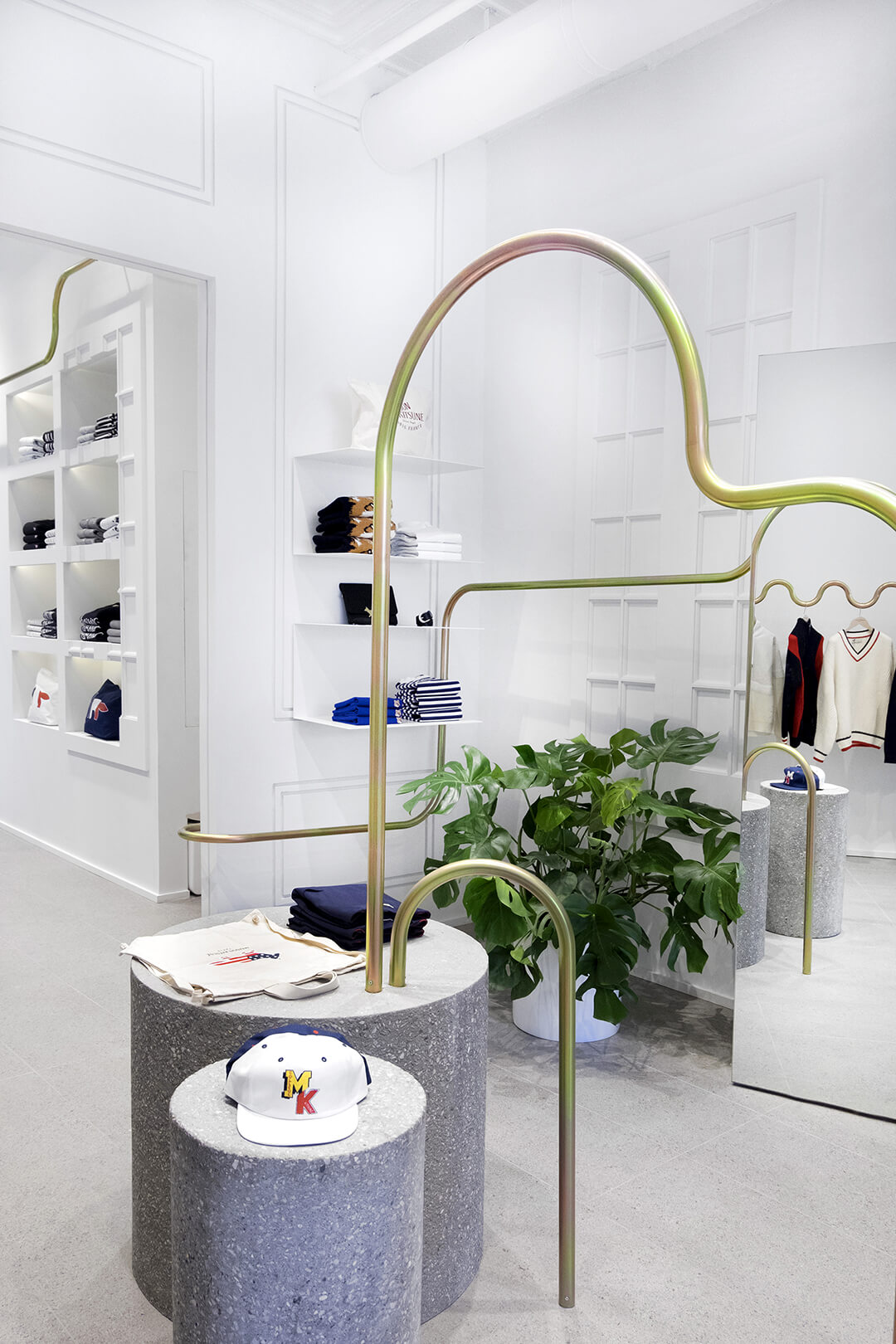 Maison Kitsuné is a fashion and electronic music record label, founded in Paris in 2002 by Gildas Loaëc from France and Masaya Kuroki from Japan, with ten stores across Paris, Tokyo, Kyoto, Hong Kong, and New York as well as two Café Kitsuné in Paris and Tokyo. Lehanneur wanted to pull these different DNA codes together to propose something that simultaneously evoked Paris, Japan, and New York. 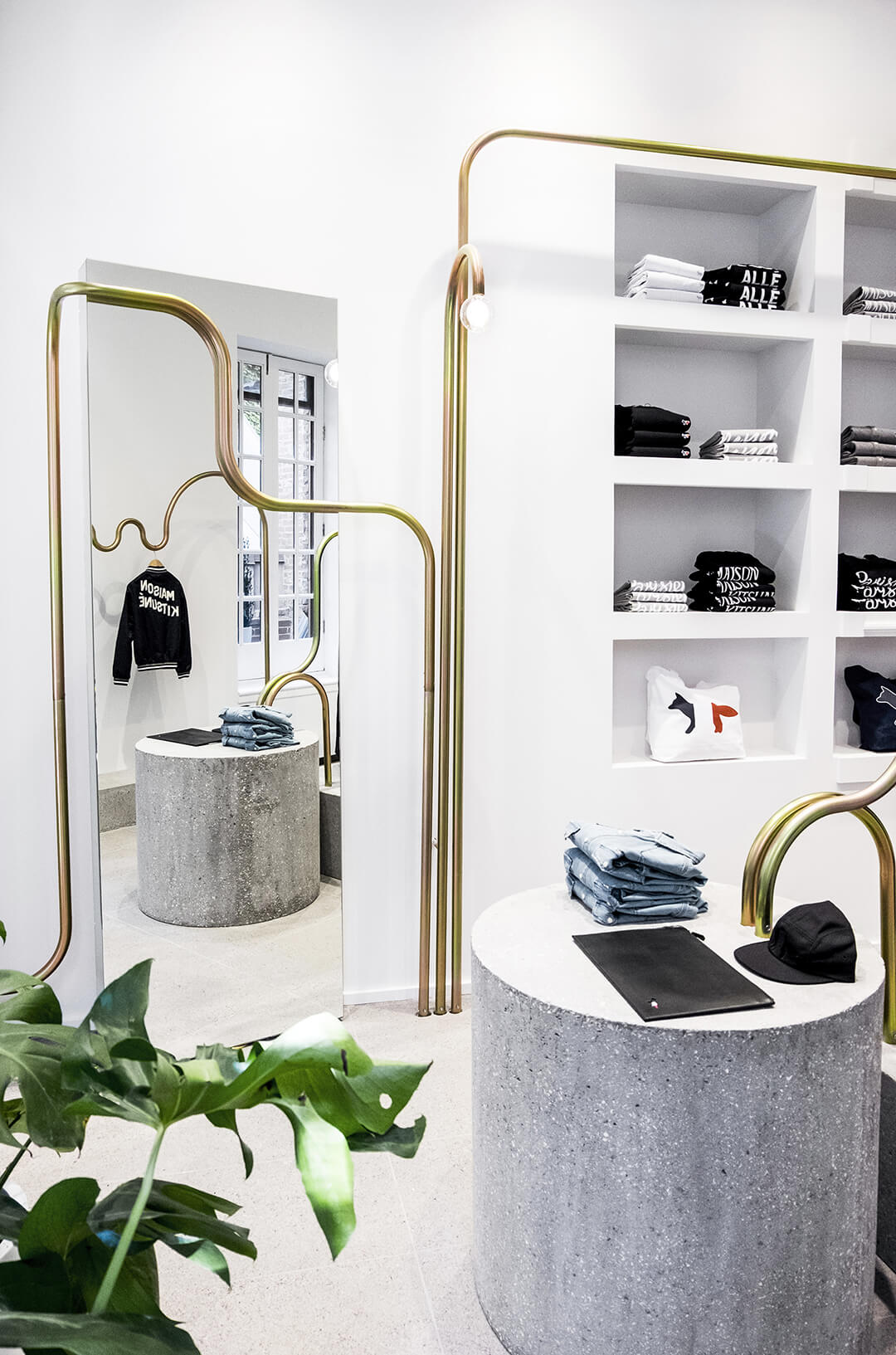 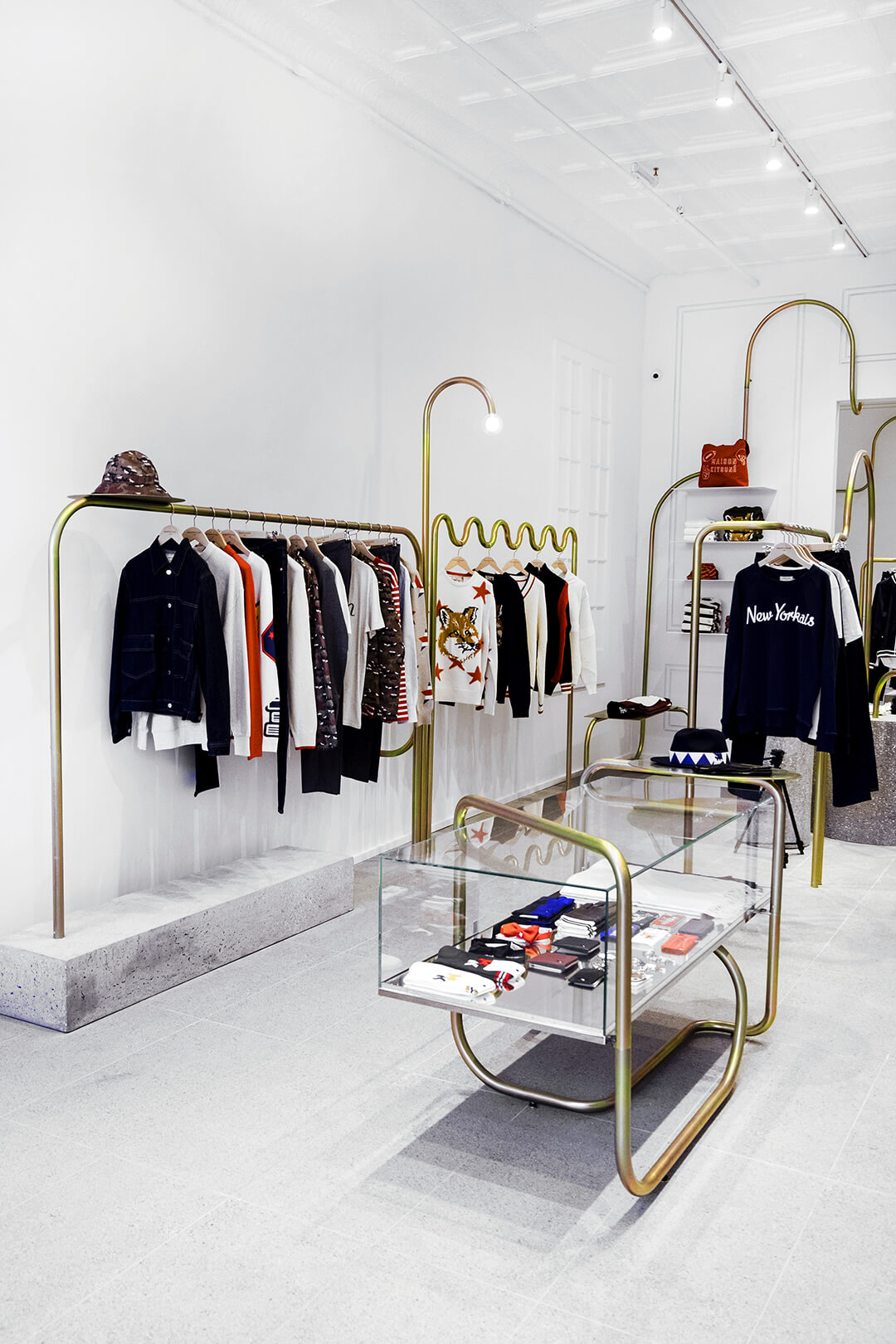 His solution was to conceive a series of white, high-ceilinged rooms with mouldings and phantom window panes that recall the Haussmannien architectural style of Parisian apartments. Snaking through these rooms is a curvilinear, bi-chromated steel tube that manifests as a tentacular foreign body. It references the ‘friendly but scary’ aesthetic that Lehanneur associated with Japan as a child. ‘It needed to look vegetal and natural,’ says Lehaneur, 43. ‘Its fluid form attaches itself to the wall, rises up the ceiling and comes back down. It's functional, as it can become a lamp, a support for the table, or a clothes rail.’ The tube's visibility is a reminder of electrical and piping systems which are typically unconcealed in New York, explains Lehanneur, who used marble and concrete to complete the elegant project. 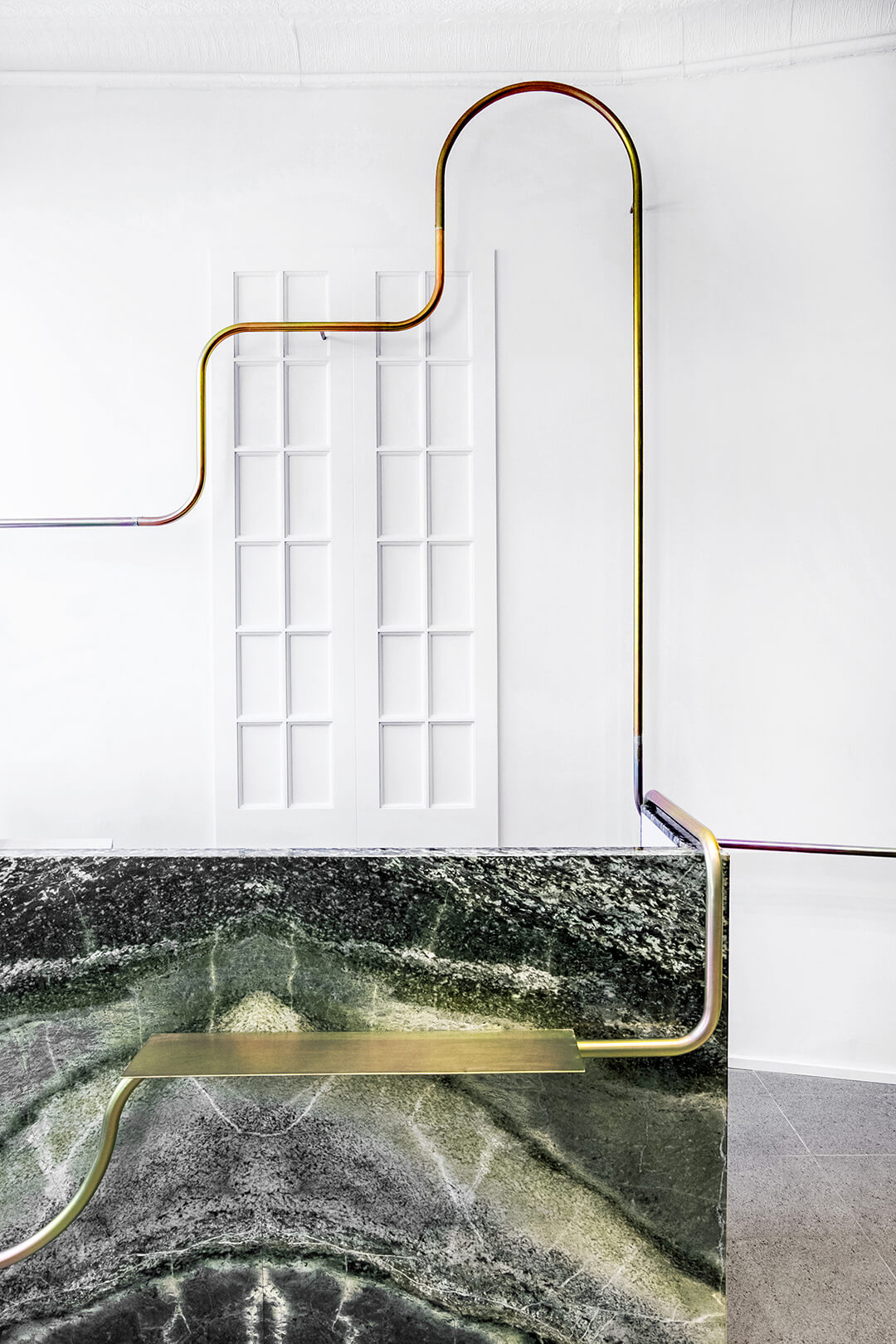 As the latest of several designers – including Dimore Studio, Studio Henry, Dzek and Max Lamb – that Maison Kitsuné has tapped for its eclectic universe, Lehanneur hopes that Maison Kitsuné will be in touch the next time they open a space. ‘I'd prefer to construct a long-term visual and retail story than do a one-off collaboration, so that travelling customers can find the same elements in various stores,’ says Lehanneur, who has developed visual identities for Kenzo Parfums and Audemars Piguet. 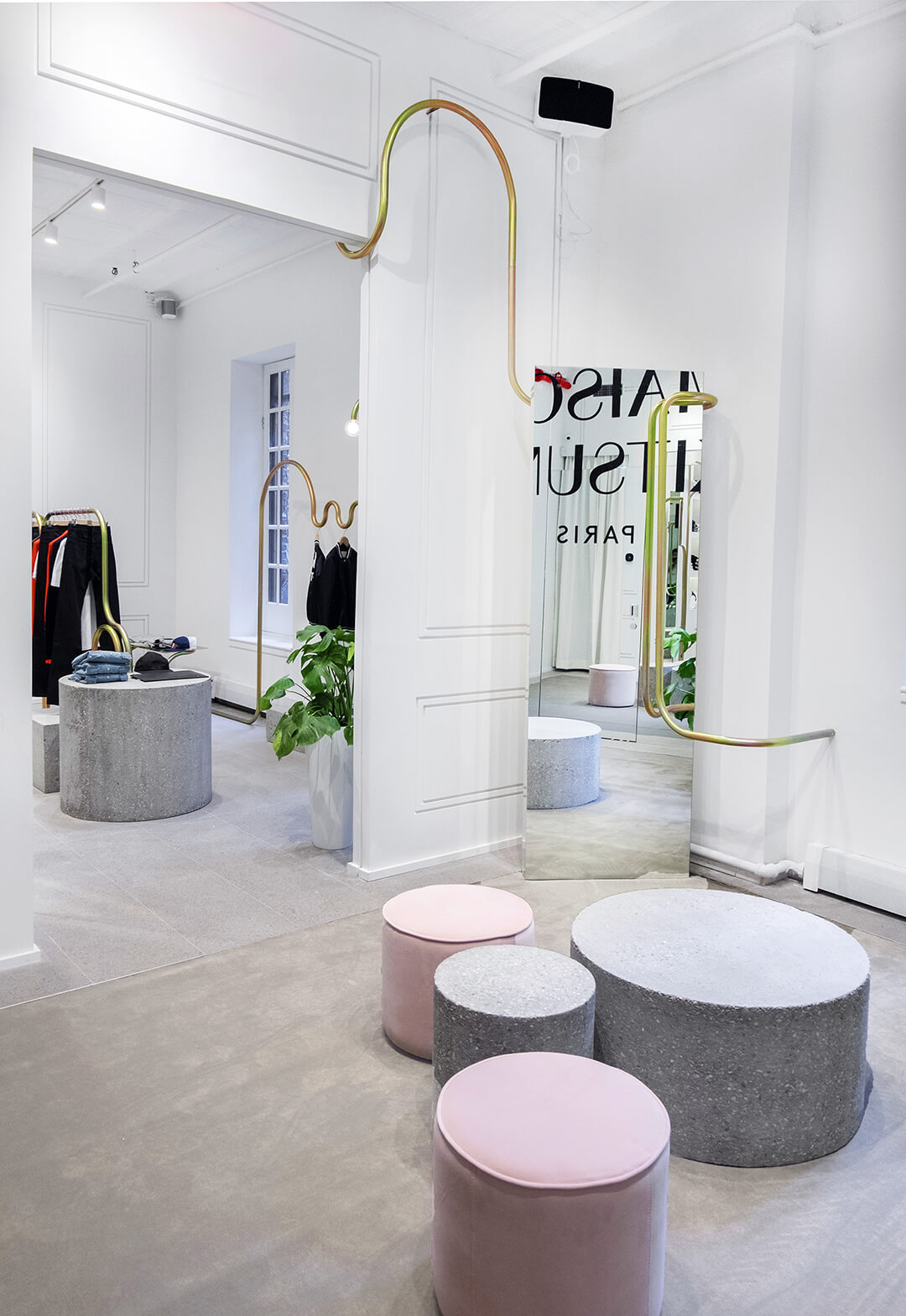 Gildas Loaëc has some reassurances on that front. ‘All our stores and cafés reflect the Maison Kitsuné art de vivre and offer a unique experience that reunites fashion, music and design,’ says Loaëc. ‘Our spaces share Haussmannien inspiration, with sober, pared-down lines and noble materials, but each has its own identity. We're very happy to have worked with Mathieu and are open to collaborating with him again.’