Maybe this type of seat layout can make cinemagoing a better experience?

When Steven Spielberg recently complained about Netflix films not offering the cinemagoing experience required of an Oscar contender, it read as the out-of-touch swan song of a particular breed of filmmakers – although it was later revealed that the American director had a deal with Apple’s competing streaming service. In his home country, ticket sales have hit a 25-year low; here in the Netherlands, prices are up nearly four per cent but the actual amount of tickets sold is down. It’s proving difficult to bring the chord-cutting generation into movie theatres when the price of one movie tops a month’s worth of Netflix, when the person next door insists on keeping their phone on even in the dark and when lower theatre density means niche movies aren’t available in non-urban centres.

But maybe this mindful seating approach by MBADV Studio can turn the cinemagoing experience into another type of environment. At this year’s edition of the Copenhagen Documentary Film Festival, the firm used 34 Normann Copenhagen Rope units to create a sofa cinema inside the Kunsthal Charlottenborg. Their main goal? To go full-force on the idea that the only plus of seeing a film in public is the social element. In fact, they named it the Social Cinema. 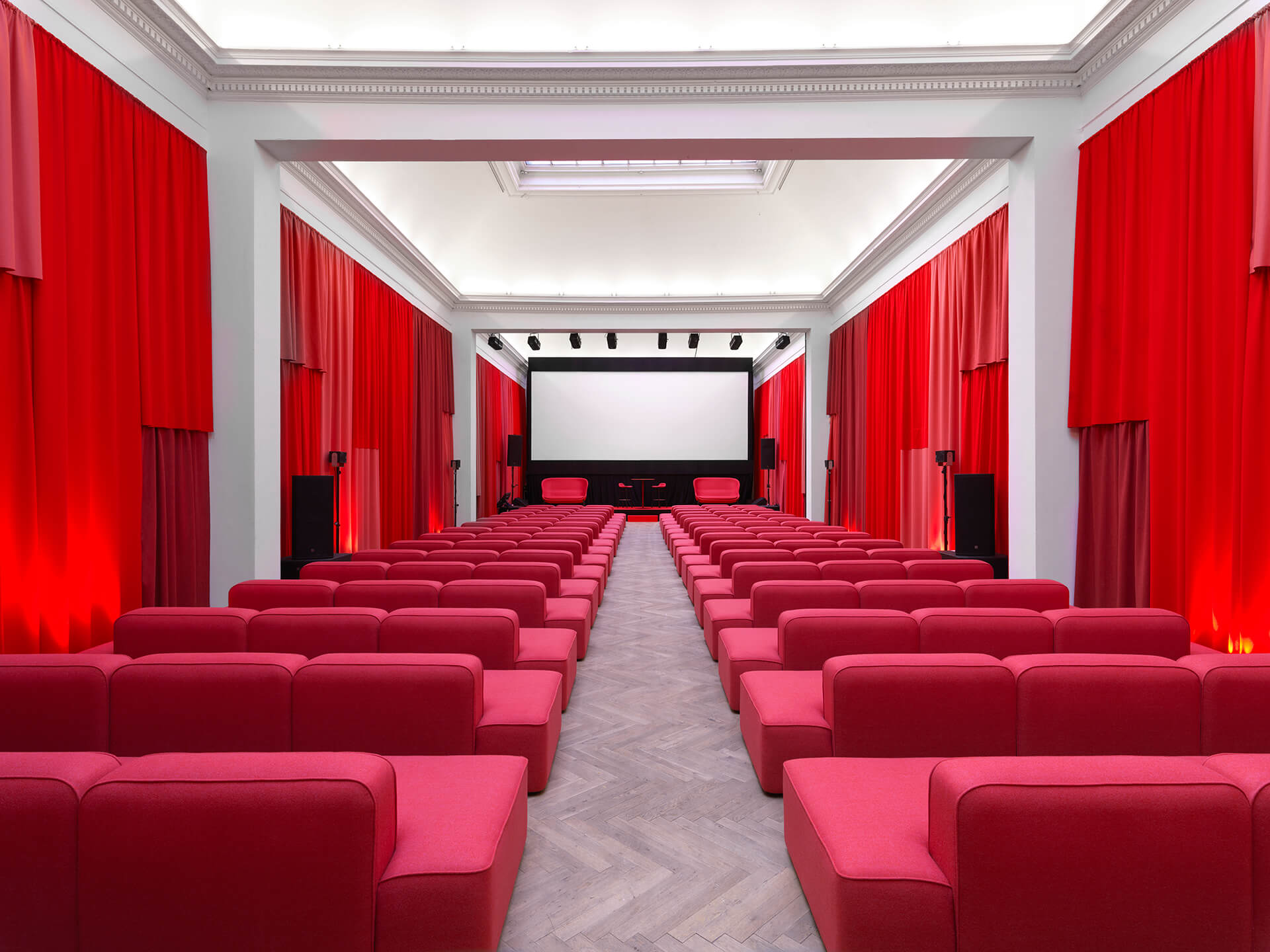 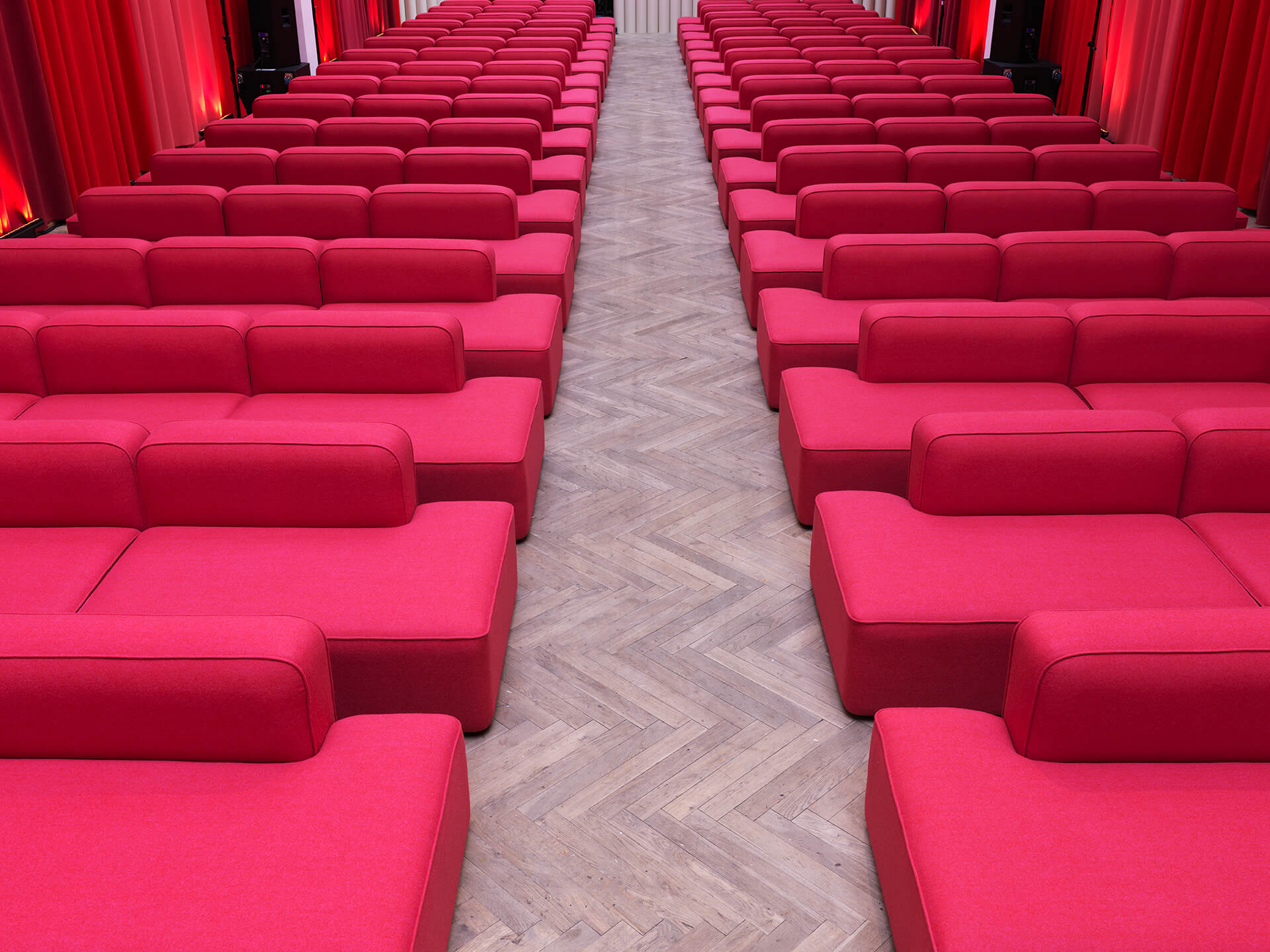 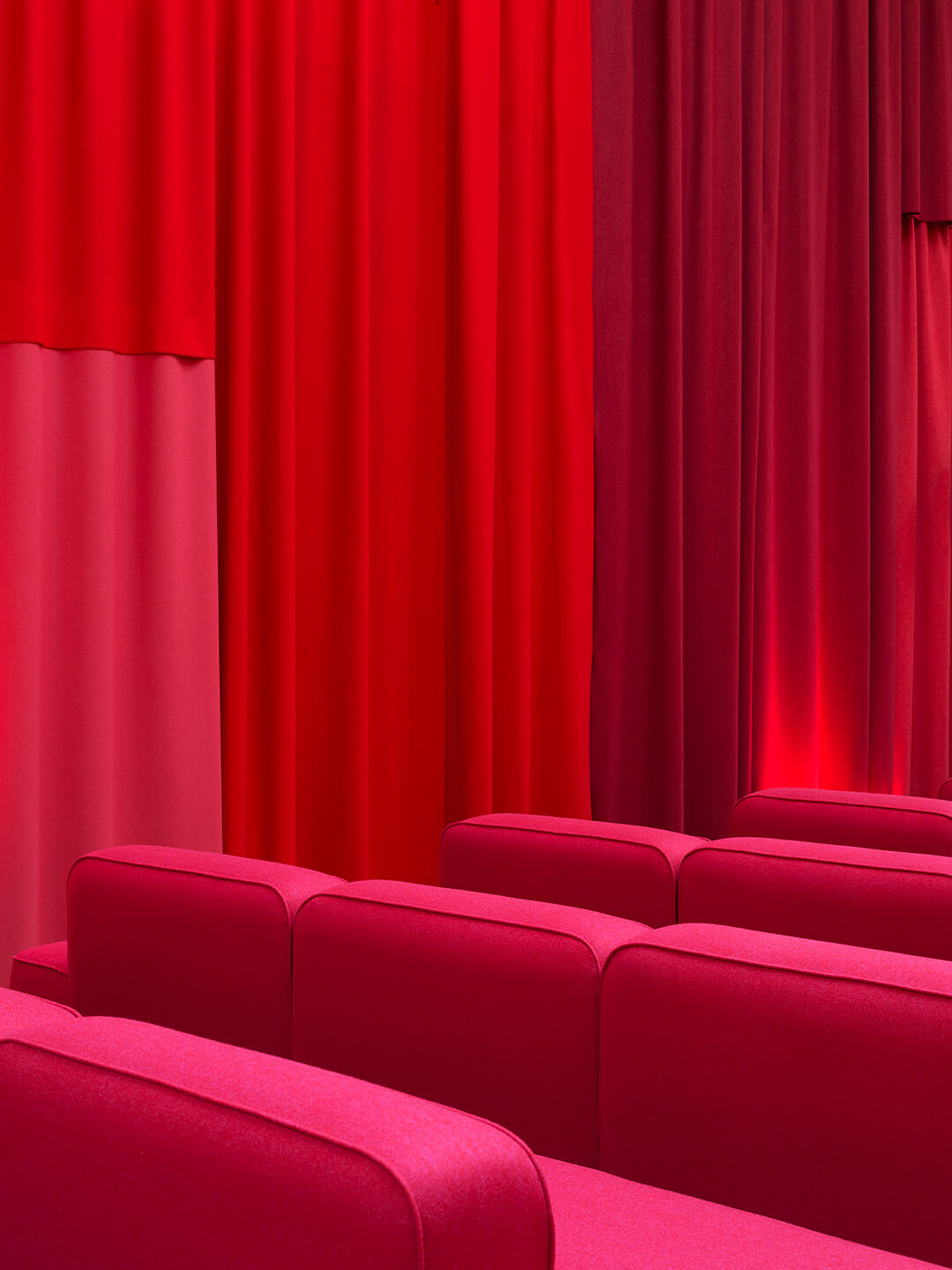 The boundaries between public and private become blurred in a way that might irk some, but shows others the typological potential of the space

The thought came from the festival’s selections – the CPH:DOX is known for selecting films that push boundaries in the documentary medium, with subjects ranging from politics to architecture and technology. These pieces bring ideas meant to be digested, loved and suffered with others. Therefore, the large sofas make free-seating the only option, and thus force some 250 moviegoers to sit right next, on top or below one another on the spots. The boundaries between public and private become blurred in a way that might irk some, but it definitely shows others the typological potential of the space. 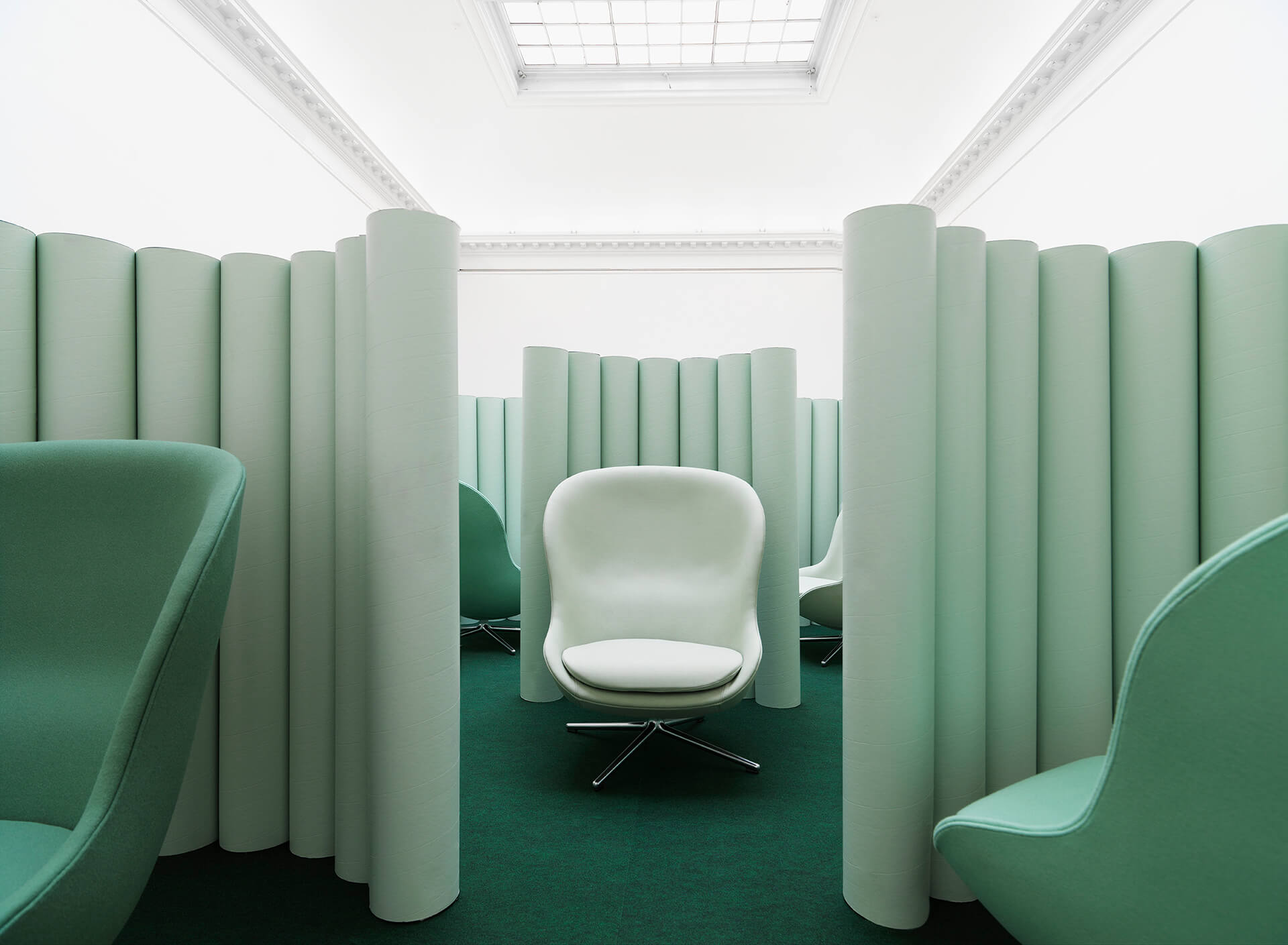 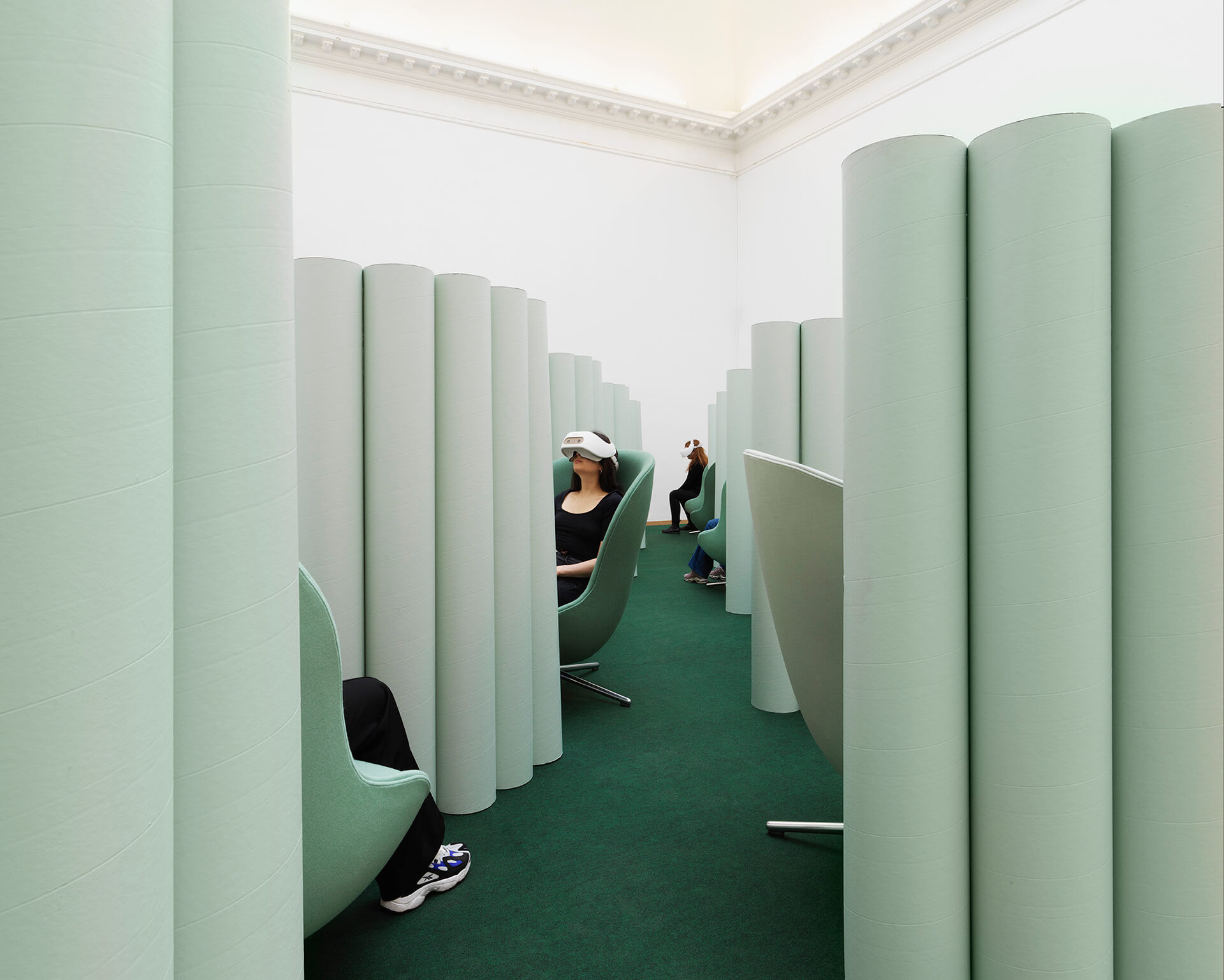 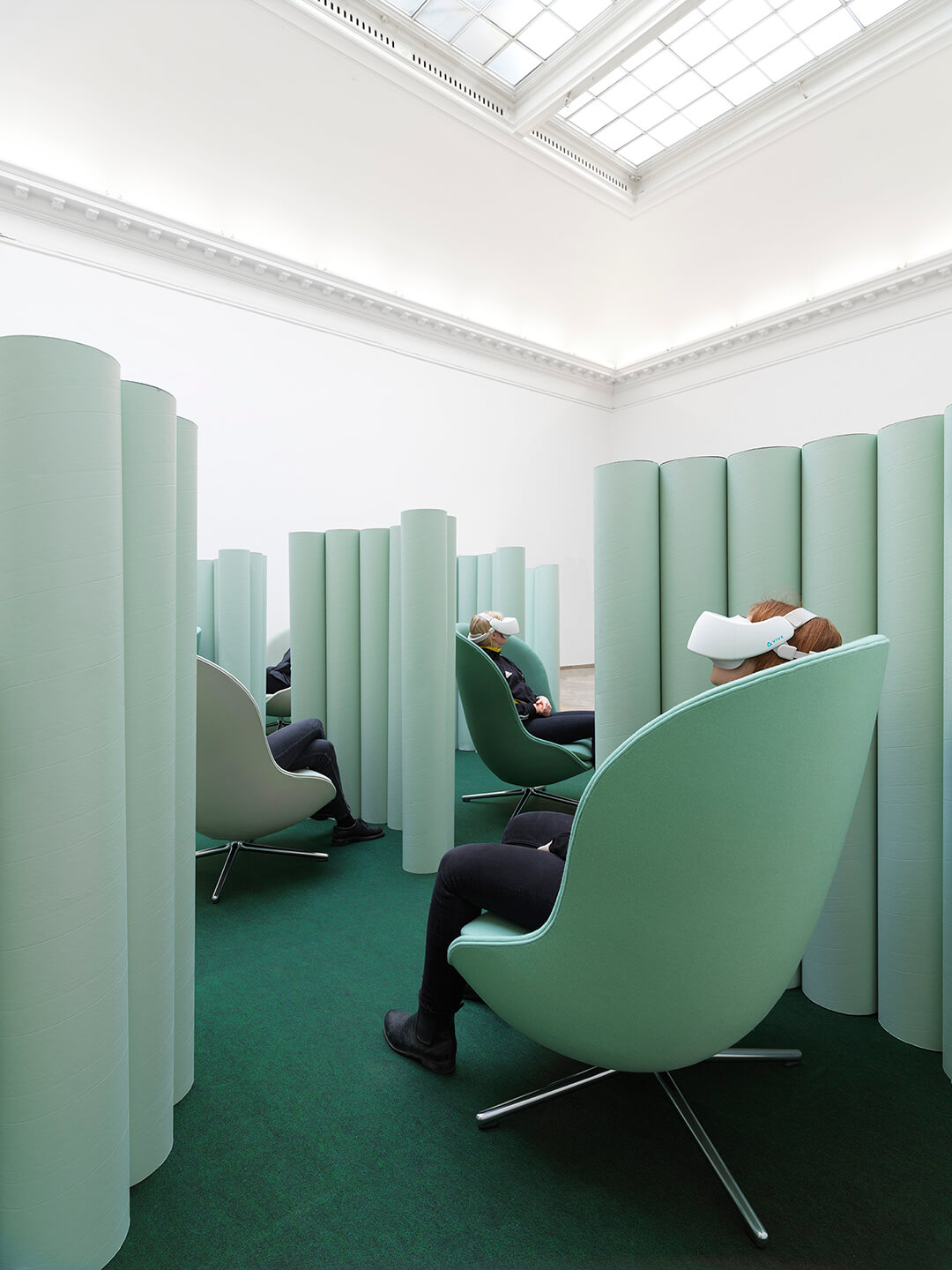 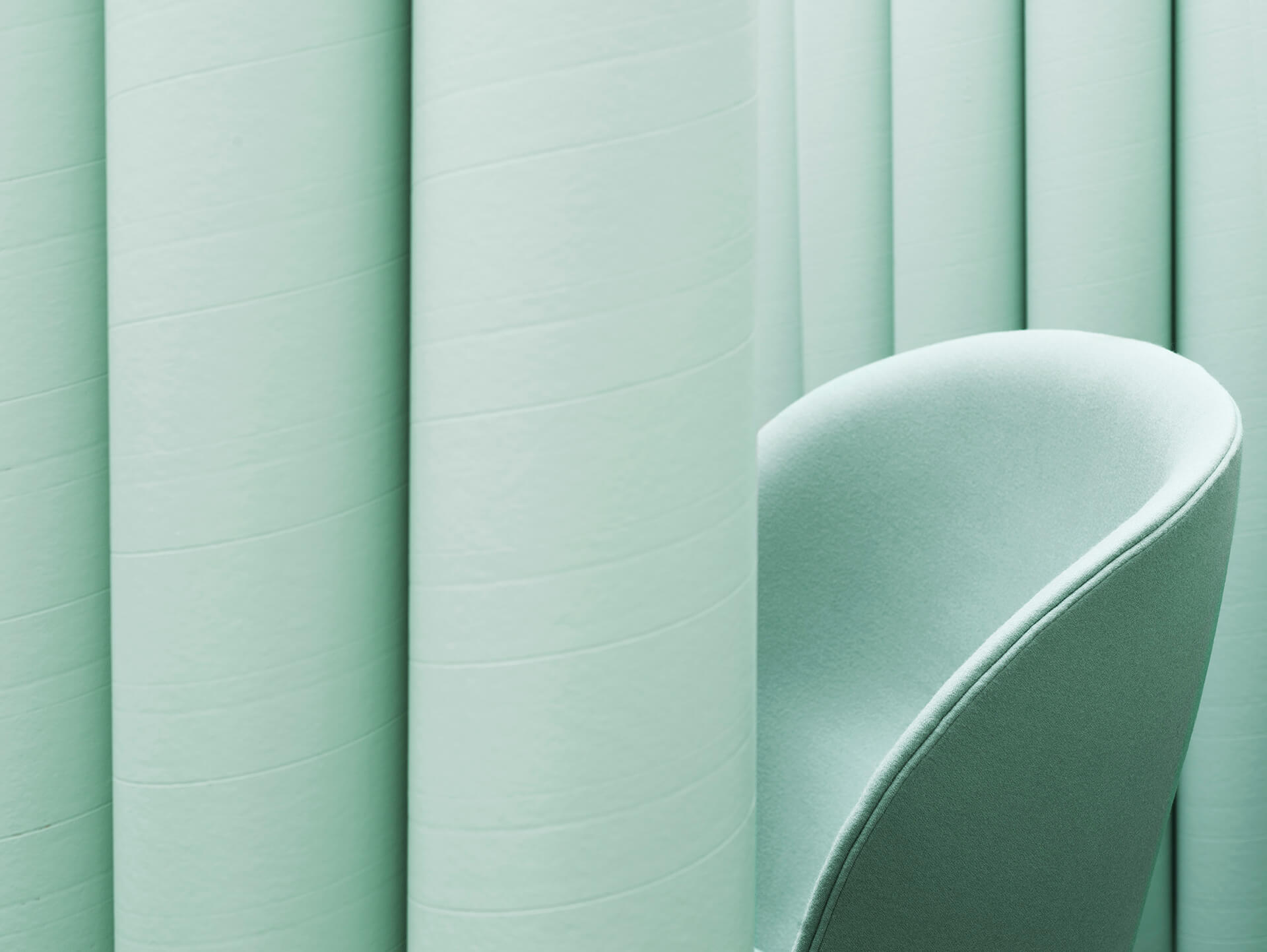 Maria Bruun and Anne Dorthe Vester, the two MBADV designers behind this project, flipped another space on its head(set): they made public VR use quite private. The current layout of VR experiences leaves out about half of the population – that is, the group of introverts for whom walking around with a headset is quite a vulnerable situation, and thus refrain from engaging with the technology in this type of event. Alas, this setup is where tech and content breakthroughs usually happen, so their valuable input is often left out of the conversation. Therefore, Bruun and Vester’s Virtual Reality Cinema is an intimate space-within-a-space, featuring plush and calming private rooms – made up of Normann Copenhagen’s Hyg lounge chairs and pillar-constructed walls – that offer an opportunity for relaxed introspection.

Perhaps these two types of alternate layouts can push forward the cinemagoing and the VR experience. As the price of at-home 4K film projectors decreases and the only sector to be heading towards mass adoption of the VR headset is gaming, these layouts could be something for movie theatre designers to consider.