In Sensorial Shelter, Mayra Sérgio turns her olfactory memory of her native Brazil into architecture. Her installation-cum-performance has now been commissioned by Gaggenau for their London showroom. 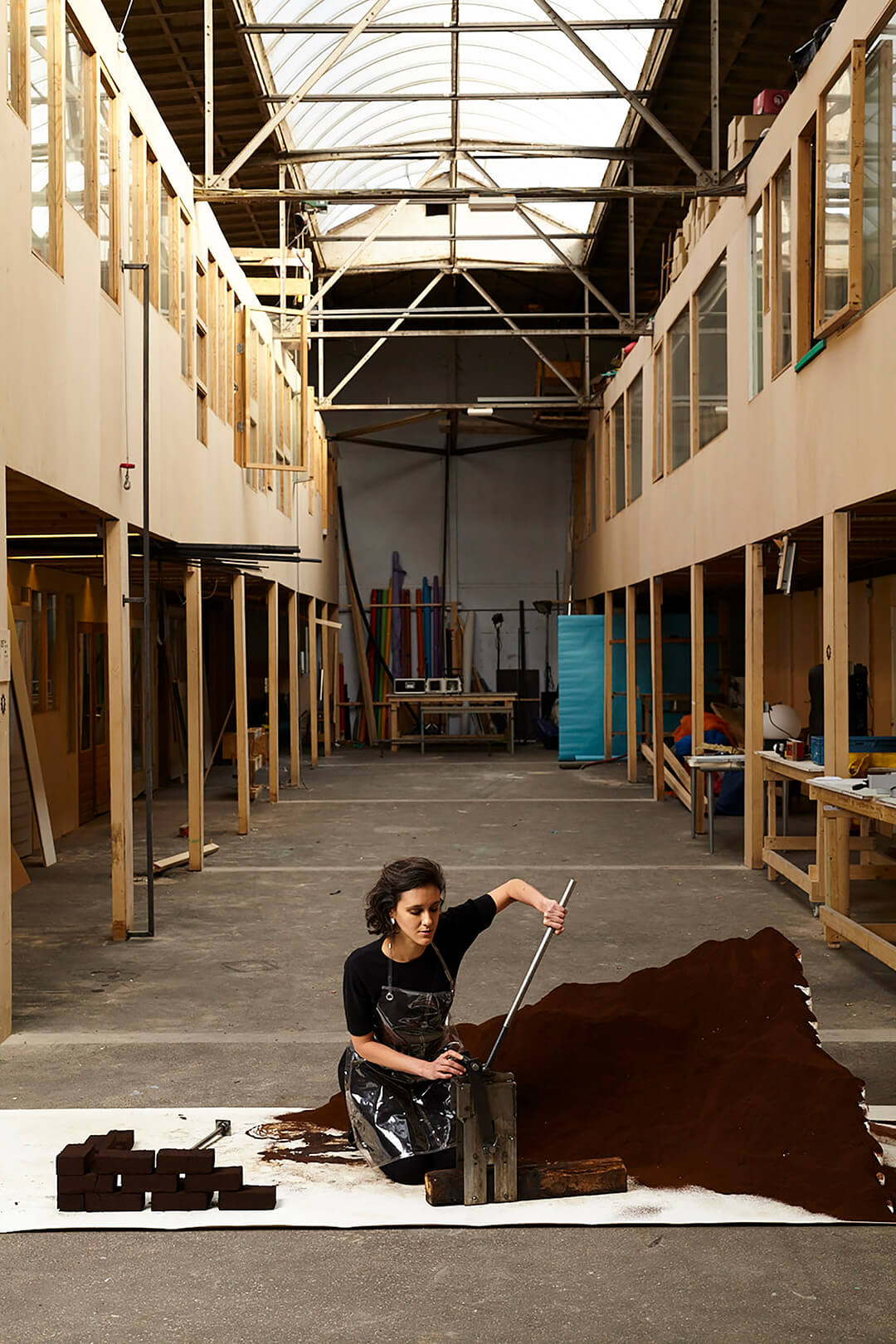 MAYRA SÉRGIO: ‘I was born in Rio de Janeiro and now live in the Netherlands. Arriving in Amsterdam wasn’t easy, and for some time I found it important to keep a supply of Brazilian coffee in my cupboard. I asked family and friends from Brazil to bring me some when they came to visit. A mug of coffee made me feel more at home than something like architecture, for example. The Brazilian brew is not necessarily of a higher quality; it’s about indulging in the precise taste and aroma that imbues so many of my memories.’ 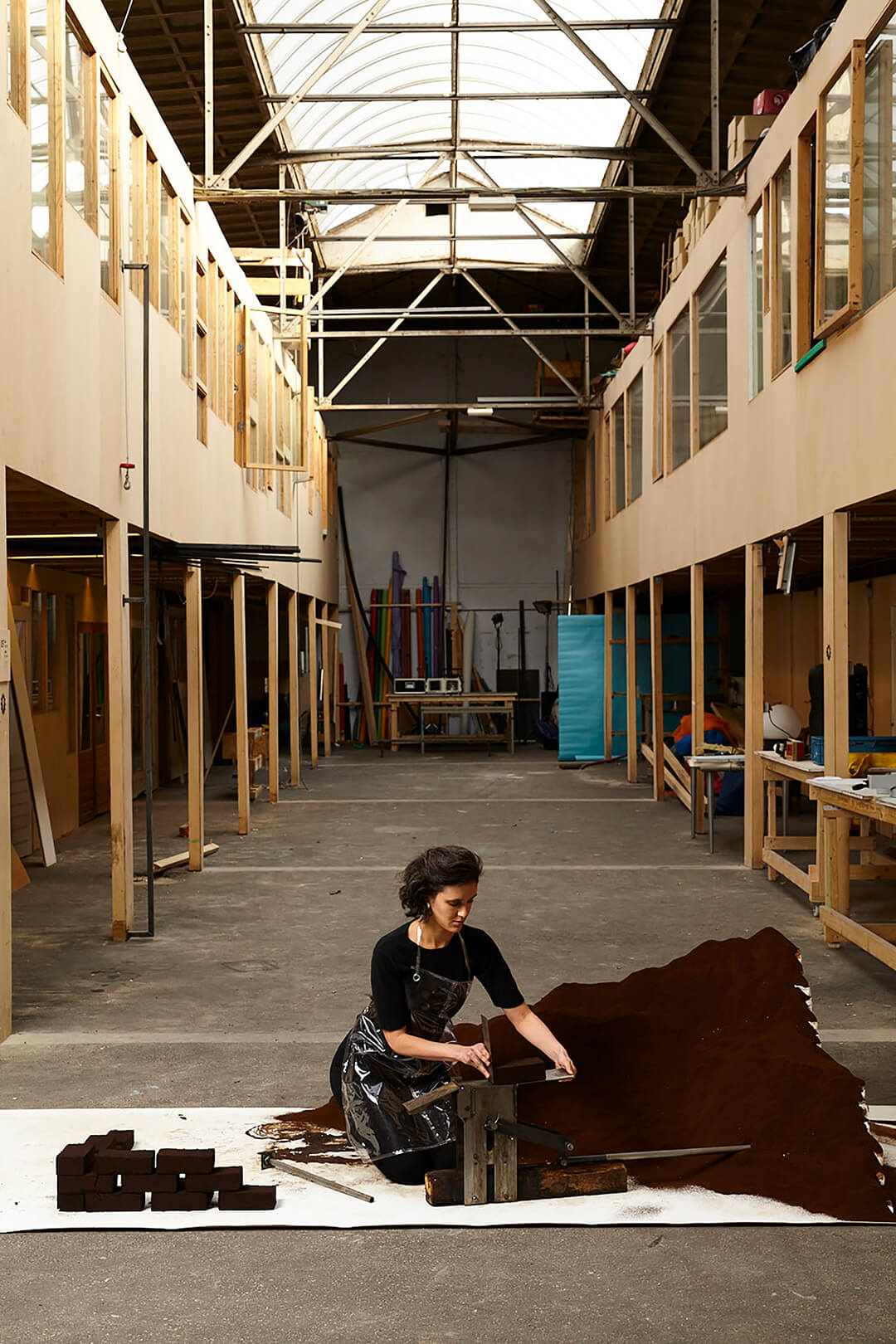 ‘Smells evoke memories of our heritage and culture. When released during cooking, they have the power to overcome an alien space and transform it into a haven of belonging. The physical ritual of preparing a meal, an activity both symbolic and visceral, can make us feel at home.’

‘I chose to work with coffee grounds because of my personal story. Being away from home has given me a fresh insight into the concept of familiarity. My installation-cum-performance, Sensorial Shelter, features the making of bricks out of coffee grounds. It started as an investigation into the human sense of belonging and where it comes from. As a foreigner in Amsterdam, I questioned how my surroundings might interfere with that feeling.’ 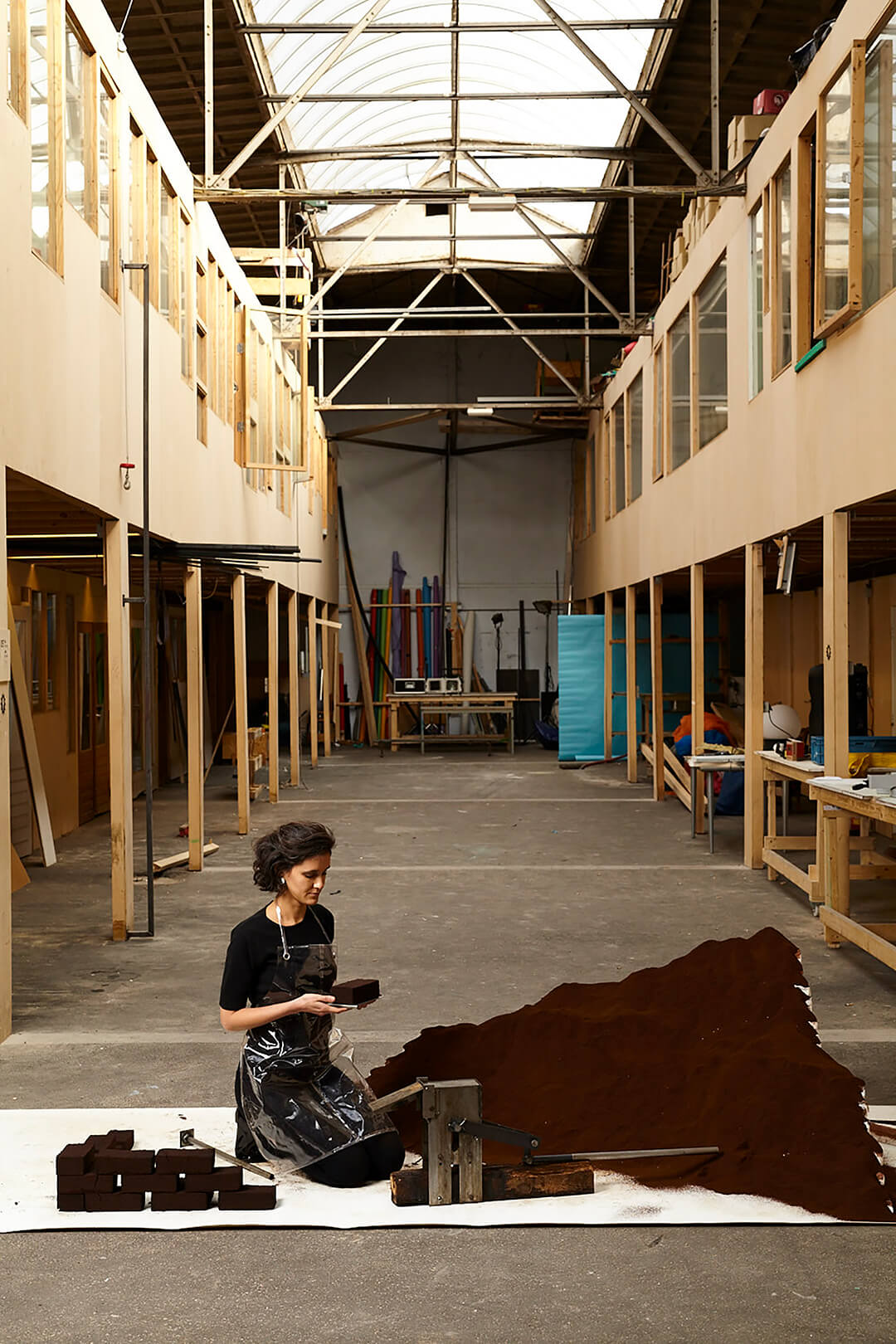 ‘Our experience of the objects and spaces around us is neither realistic nor idealistic. It is somewhere in between. Even the perception of materiality is influenced by this, as well as by memories.’

As part of the #GaggenauConversations on coffee culture, Mayra Sérgio’s Sensorial Shelter can be experienced in Gaggenau’s flagship London showroom from 21 July until 24 August 2017.