Fabio Novembre designed Media World’s Milan flagship to be more than a place of transaction, hoping to guide customers through an ‘emotional and vital shopping experience’.

Today’s customers, particularly digital natives, want shopping to be more than a transaction. Instead, they’re looking for deeper connections with brands. That’s at least the thinking behind Fabio Novembre’s concept for the Media World flagship in Milan. The Italian architect’s so-called Technology Village is designed to guide customers through an ‘emotional and vital shopping experience’.

The building’s façade is like a giant billboard, opening up to the city in all directions. Novembre designed it as a ‘highly communicative element’. The cladding, he says, summarizes the theme of digitalization through a pixel-effect coating in Media World’s palette, culminating in illuminated signage at the corner. Below, visitors are beckoned towards a bright-red entrance tunnel with strip lighting overhead. 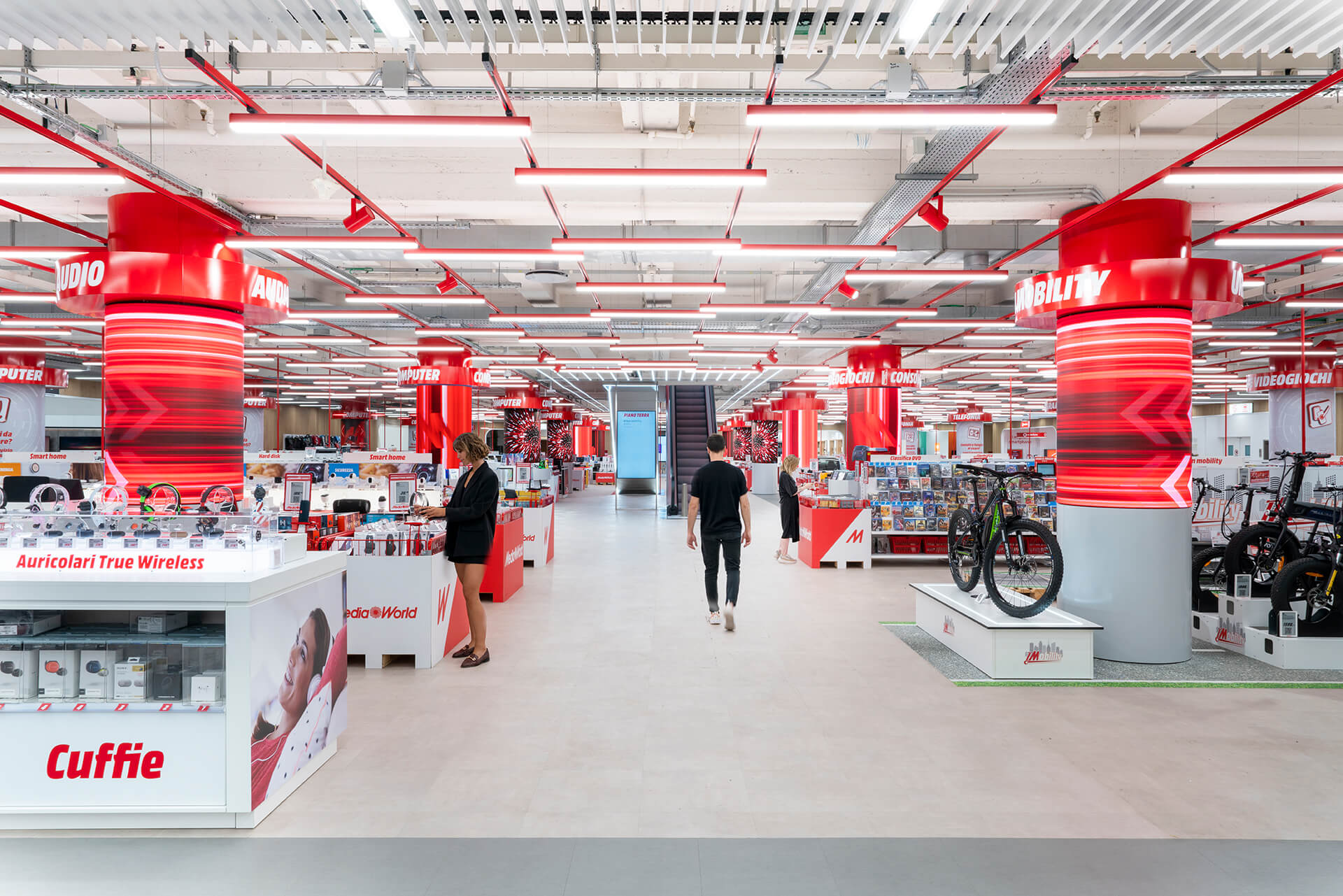 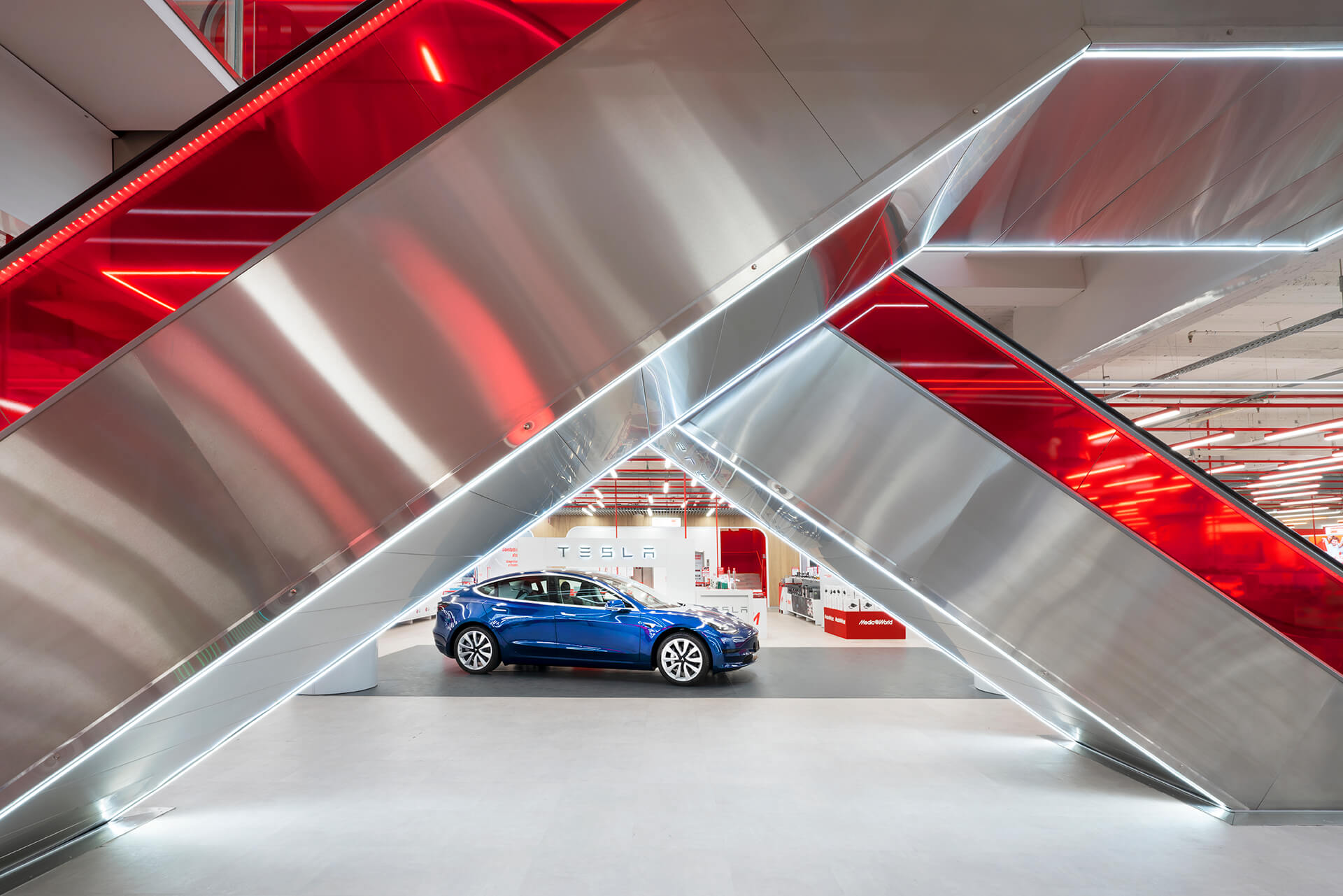 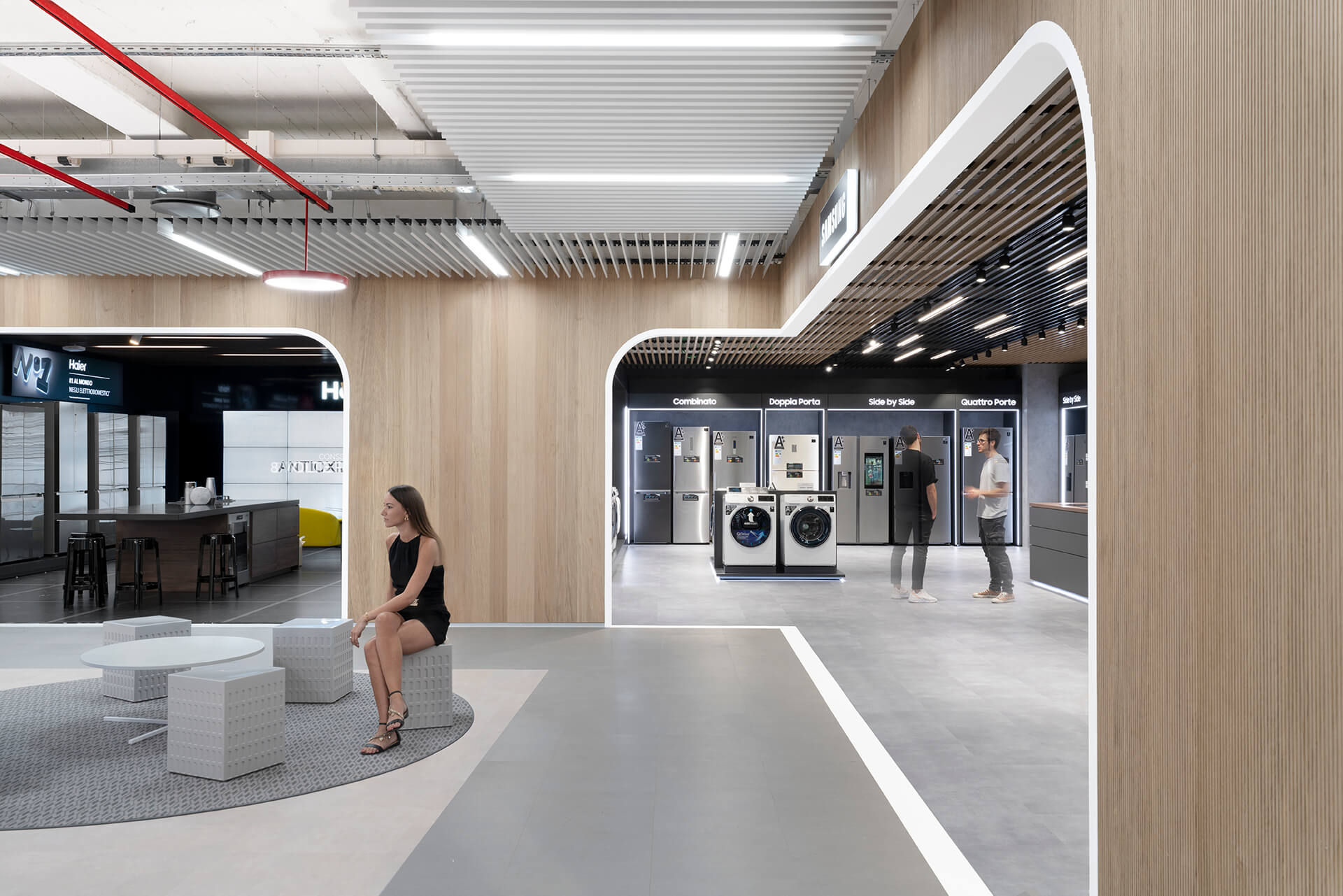 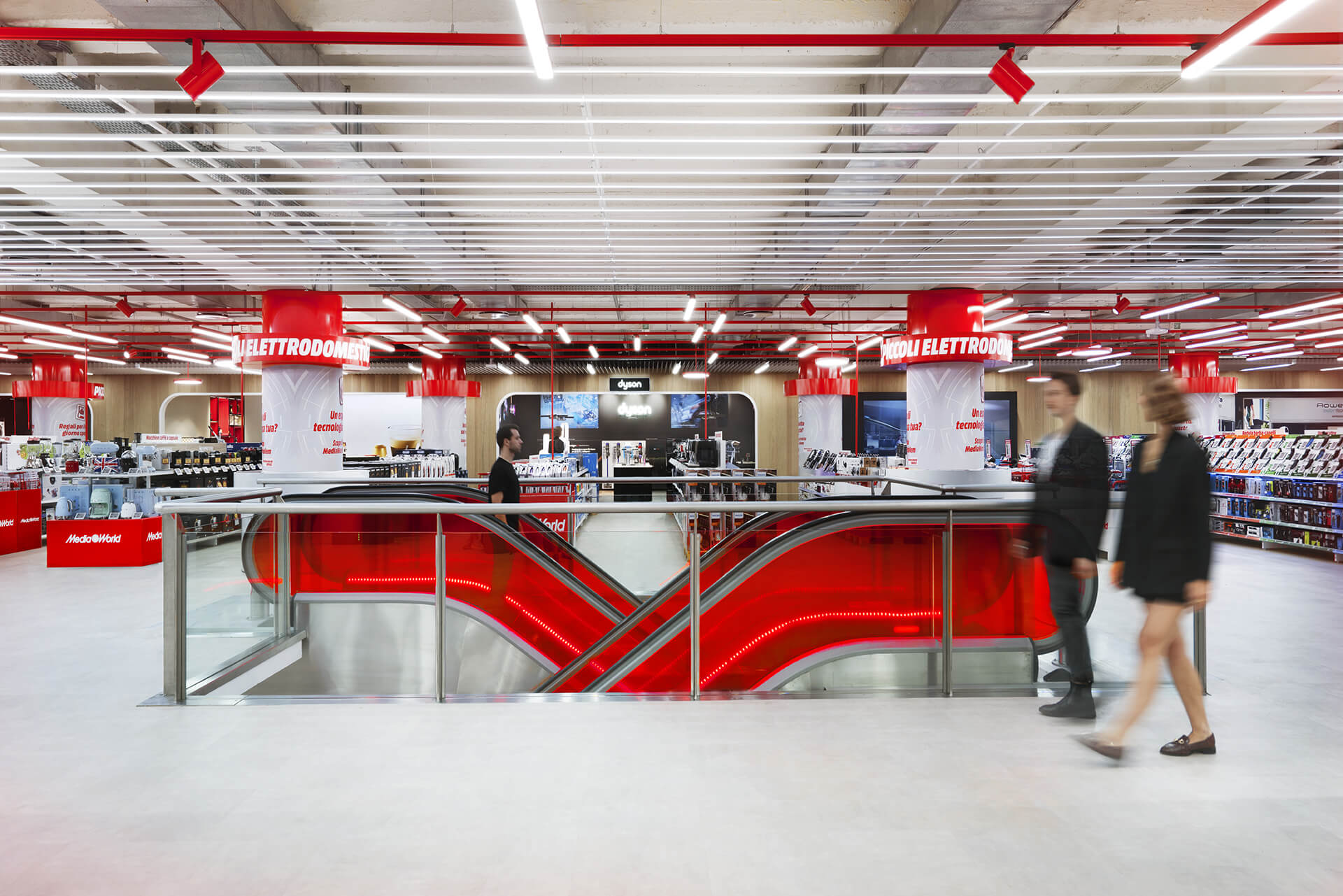 Novembre says he came up with a ‘new shopping experience’ that follows the concentric layout of urban architecture. It’s a strategy some offices are adopting for socializing’s sake, adding areas akin to a ‘town square’ and ‘market’ that bring people together. See the Perkins and Will-designed Unilever New Jersey campus for just one example.

The ‘square’ forms Media World’s core, while the ‘market’ is more like a selling floor where ‘trade and relationships take place’. Located at the market’s corners, lounge areas help to slow down the customer experience. The arcade-like path at the periphery, on the other hand, is designed to make shoppers feel as if they’re in a streetscape.