Unveiled during this years’s NYCxDesign as part of its year-round release strategy, the two novelties combine craftsmanship with organic but unexpected forms.

The Liberty Table, for example, is a robust Arts-and-Crafts-inspired piece made out of American walnut, a great example of artwork turned into a design object. 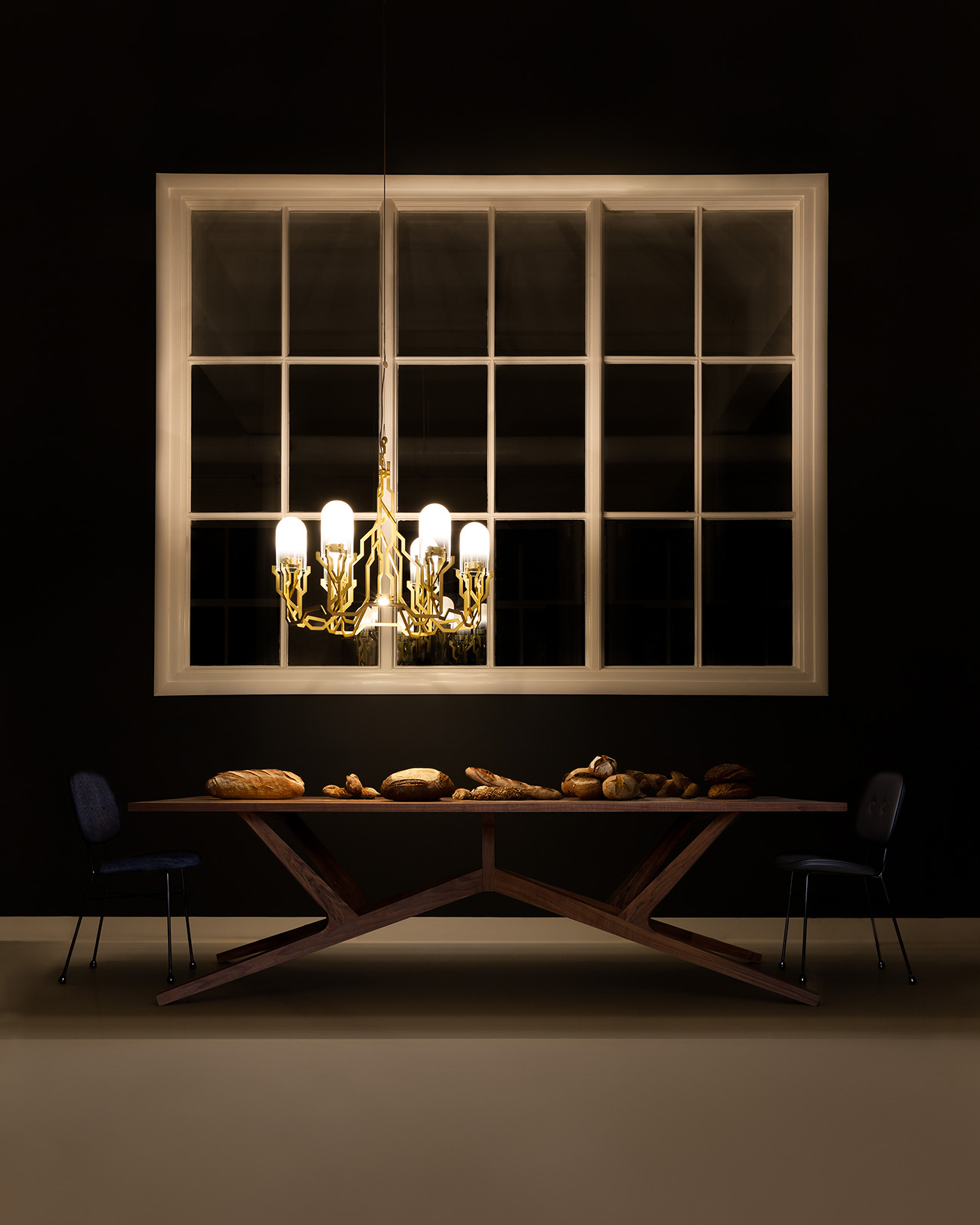 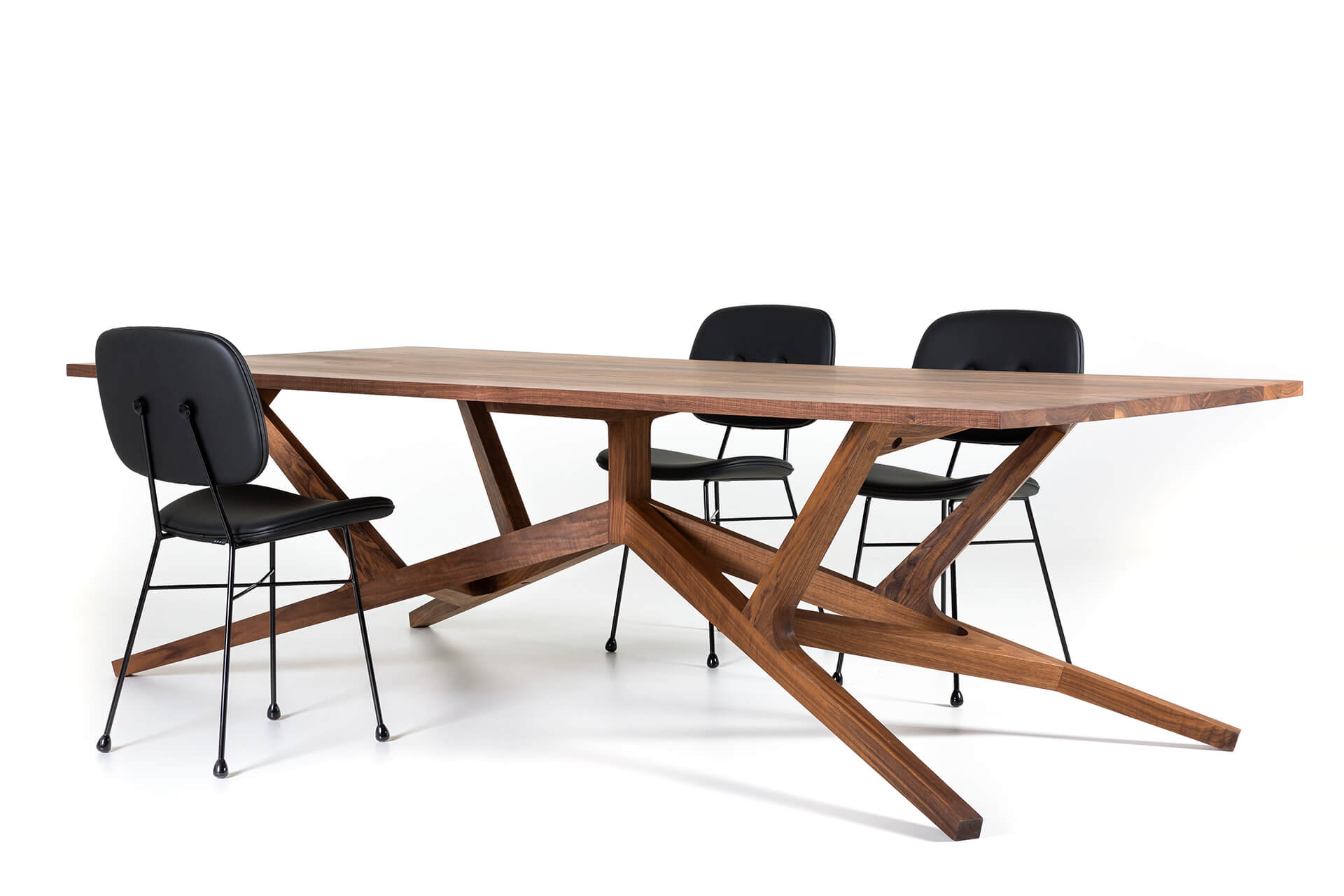 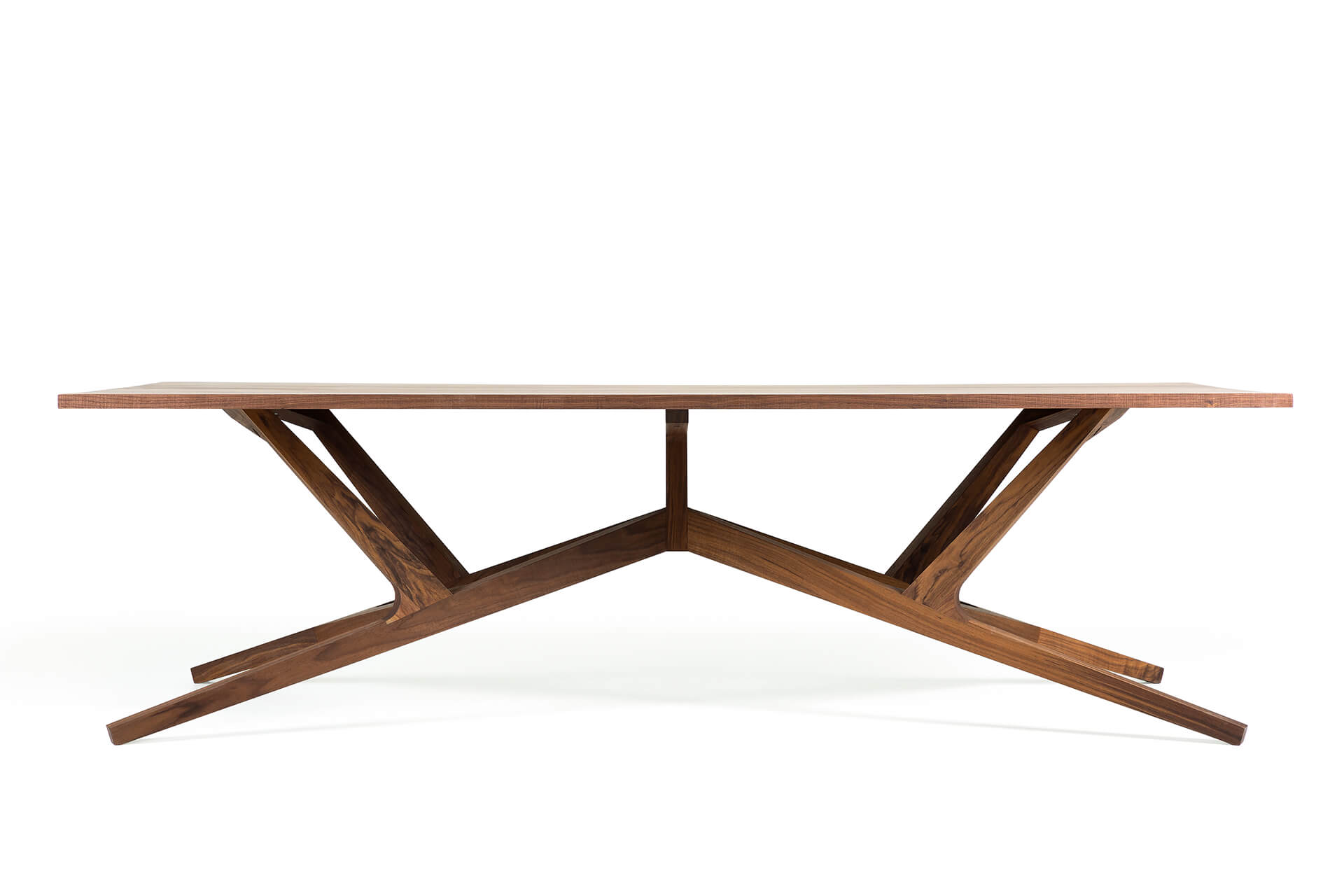 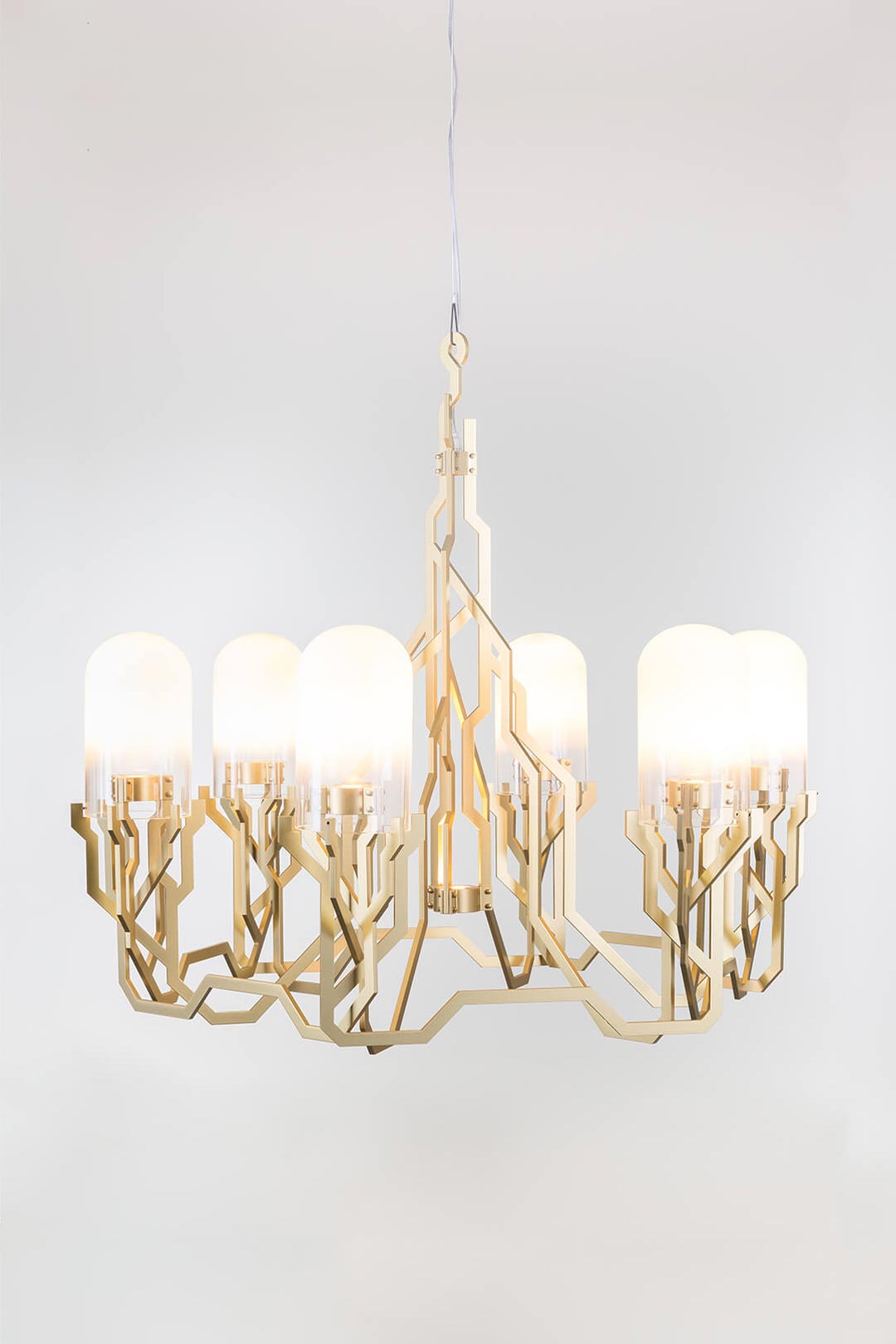 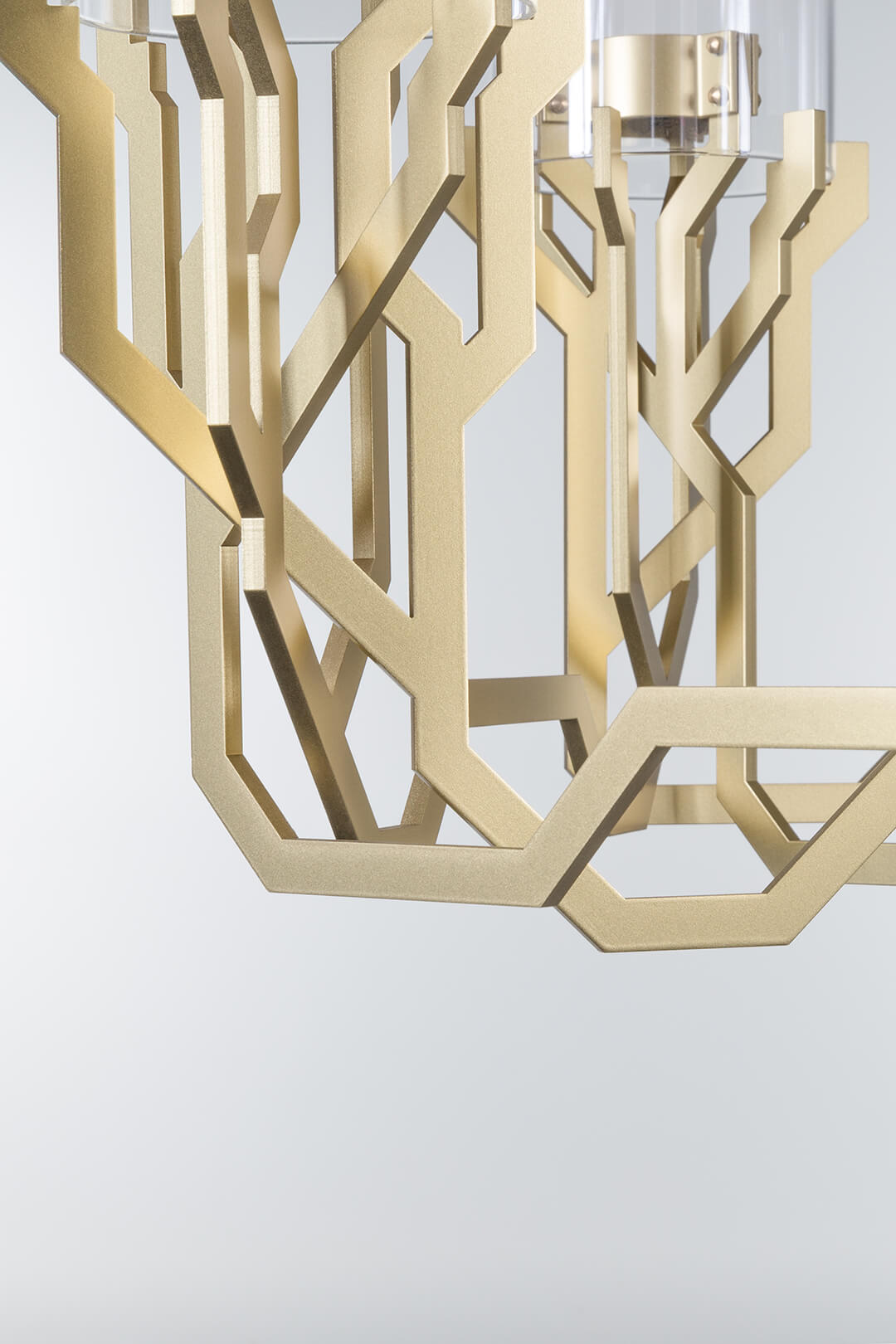 Above, the Liberty Table by Atelier van Liesthout; below, the Plant Chandelier by Kranen/Gille

Conceived by Atelier Van Lieshout, the long-awaited piece is the companion to Moooi’s Liberty Lounger. ‘The clean lines and the sturdy wood of the Liberty Table evoke a sense of nostalgia for rural traditions and living in the countryside, while combining it with modern-day luxury,’ explained designer Joep van Lieshout.

And then there’s the Plant Chandelier, designed by Dutch duo Kranen/Gille, brings architectural uniformity to nature’s design: its branches grow and spread in definite directions. It was inspired by the linear patterns of Karl Blossfeldt’s plant photography and the anatomy of sun-kissed tree branches: as it is unrestricted by cables or wires, the chandelier blooms towards the ceiling.

‘Moooi doesn’t tell designers what to do, but listens to what designer want to make, to try to realise their dreams,’ explained Robin Bevers, the company’s CEO. ‘And that’s how we are able to consistently regale the audience with the beauty of surprise.’

Both products feature the Moooi button, the company's digital proof of authenticity.