Il cinema è l’arma più forte. Or, if you don’t read Italian, ‘Cinema is the most powerful weapon’. This was Mussolini’s slogan for his Cinecittà, the 99-acre production studio he opened in 1937 to push his fascist agenda. After – barely – surviving the slow digitization of film that has made large-scale production studios a nearly defunct typology, part of the Cinecittà has been reincarnated as a multimedia museum. The 1,200-sq-m Italian Museum of Moving Images (MIAC) features 12 installations by None Collective that offer visitors a taste of Italy’s cinematic history – in the studio that produced the content.

Thousands of films were shot at Cinecittà in its prime, nearly 50 of which received Oscar nominations. In an attempt to distil and organize the content, None Collective designed 12 thematic installations that combine video, audio and text. The themes range from the self-explanatory – Timeline, History – to the increasingly abstract: Emotion of the Imagination, Power, Kaleidoscope.

The MIAC is housed in a double-corridor building, once used as a printing and development lab. A conveyor belt that originally transported film strips runs the length of the passage, which now functions as the museum’s principal axis. Here, over 30 m of graphics provide an overview of Italian audio-visual history while simultaneously guiding visitors through the remaining installations. In lieu of film, the conveyor belt carries visitor comments that future museum-goers can peruse and augment. 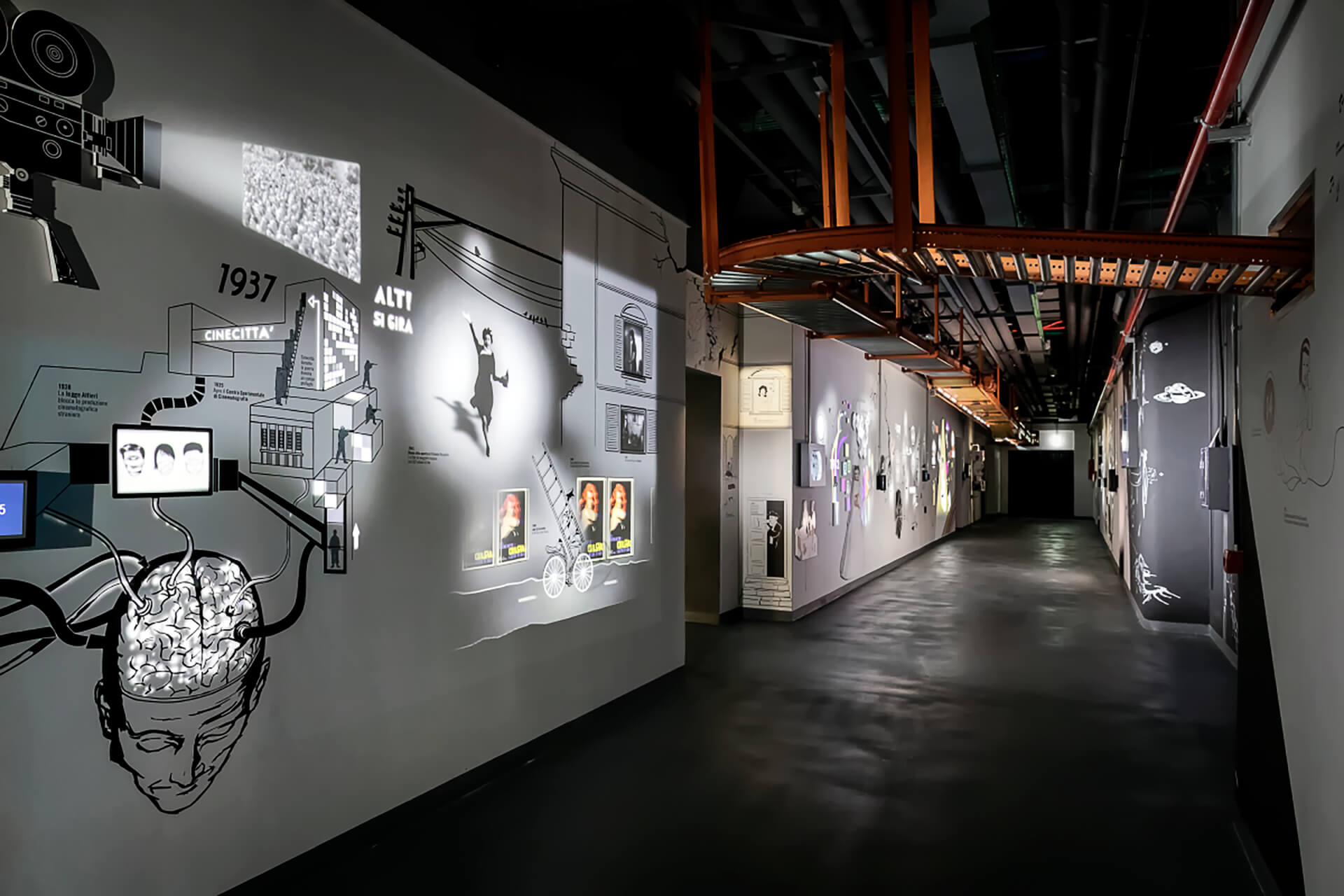 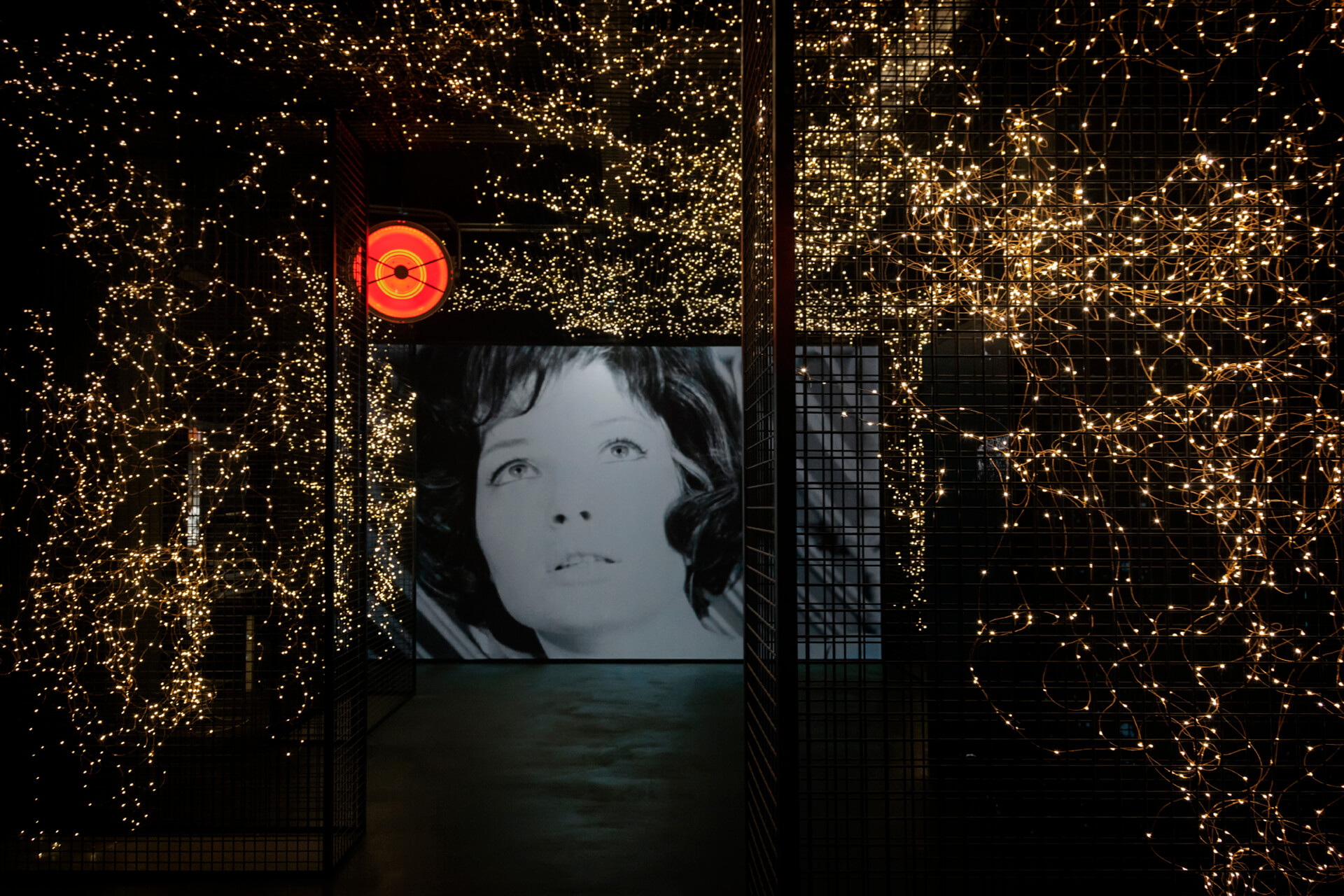 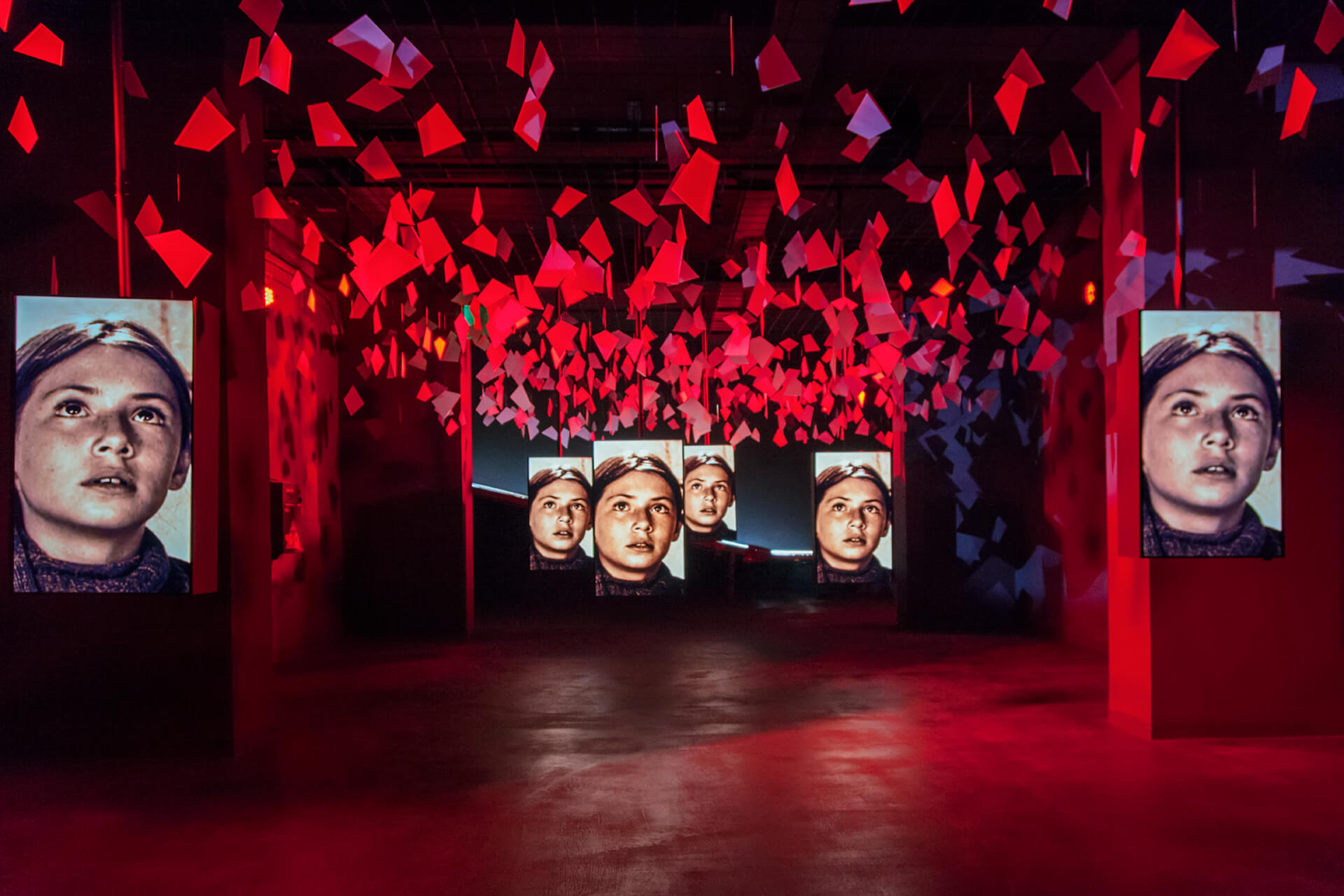 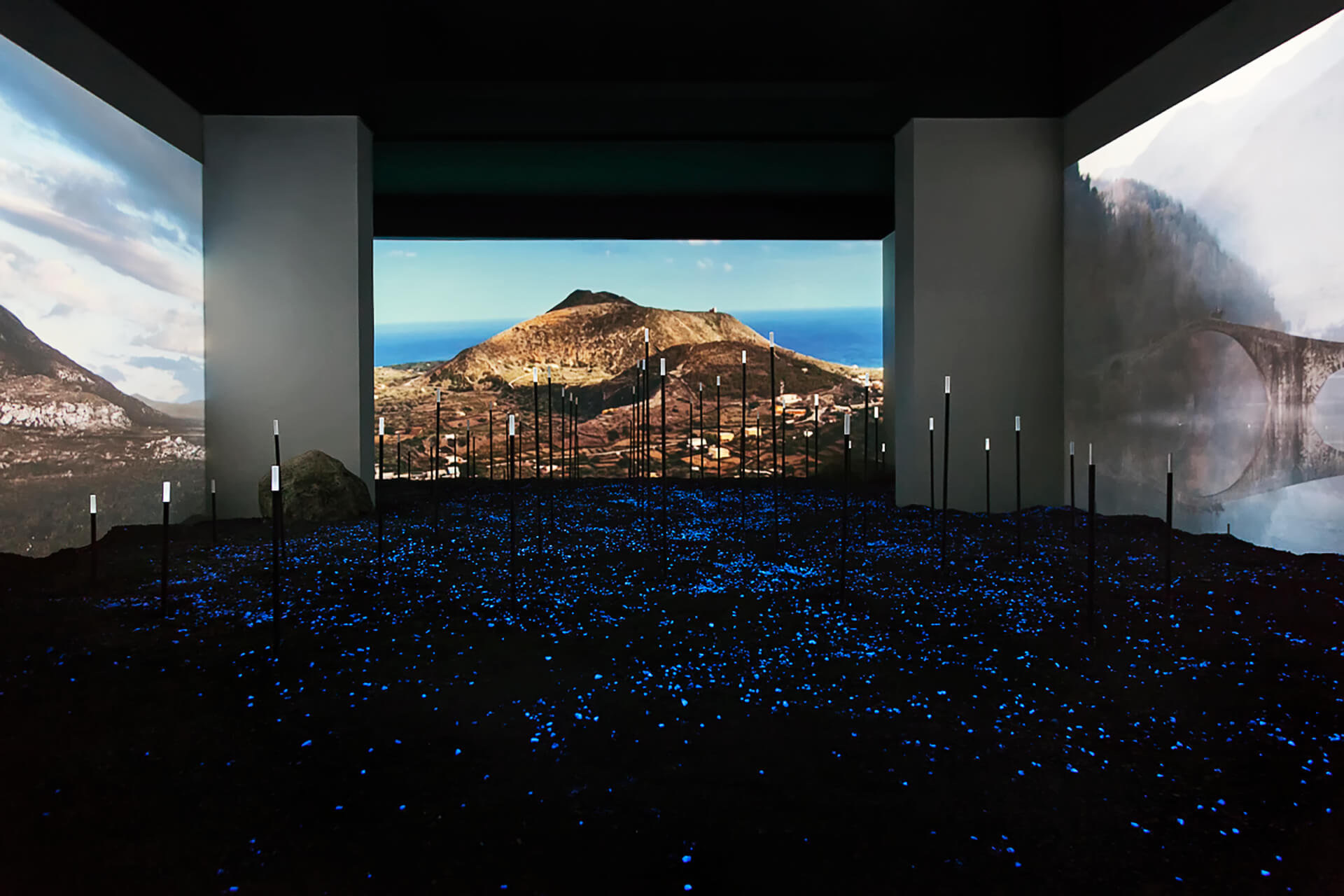 ‘We have reworked around 400 movies in a unique narrative journey, the aim of which is not exclusively educational and exhaustive,’ says a spokesperson from None Collective. ‘We are trying to stimulate visitor interest and curiosity; provide a platform for discovery; and push visitors towards a better understanding of Italian cinema, television and radio. Present technology allows us to research different narrative forms and, with the use of different media, provide new means of manipulating perception. A clip of a film alone can’t replace the original media, but by combining several clips together and enriching them with new techniques, such as changing the movement of the spectator and providing infinite points of view, we create new modes of perception, understanding and interpretation.’