AMSTERDAM – A former port on the south bank of the IJ is being turned into a sustainable residential neighbourhood. At the tip of the Houthavens district in the Dutch capital, the new European headquarters for PVH – which includes the brands Calvin Klein and Tommy Hilfiger – towers over the surrounding landscape. Local firm MVSA Architects realised a building that is like a beacon to oncoming ships steering towards the city centre. The twelve-storey structure contains showrooms and offices for the fashion brands, as well as a restaurant and roof terrace for staff.

Although there were no surrounding buildings when MVSA designed the headquarters, there was a masterplan in place for the overall urban development of the area which came with its own set of rules and regulations. ‘The maximum building height allowance was 21.5 m,’ explains project architect Wouter Thijssen. ‘The site marks the boundary between Amsterdam centre and the harbour on the west, so we managed to convince the city that [more than] doubling the height to 50 m would create more of a landmark which would help to develop the area.’ 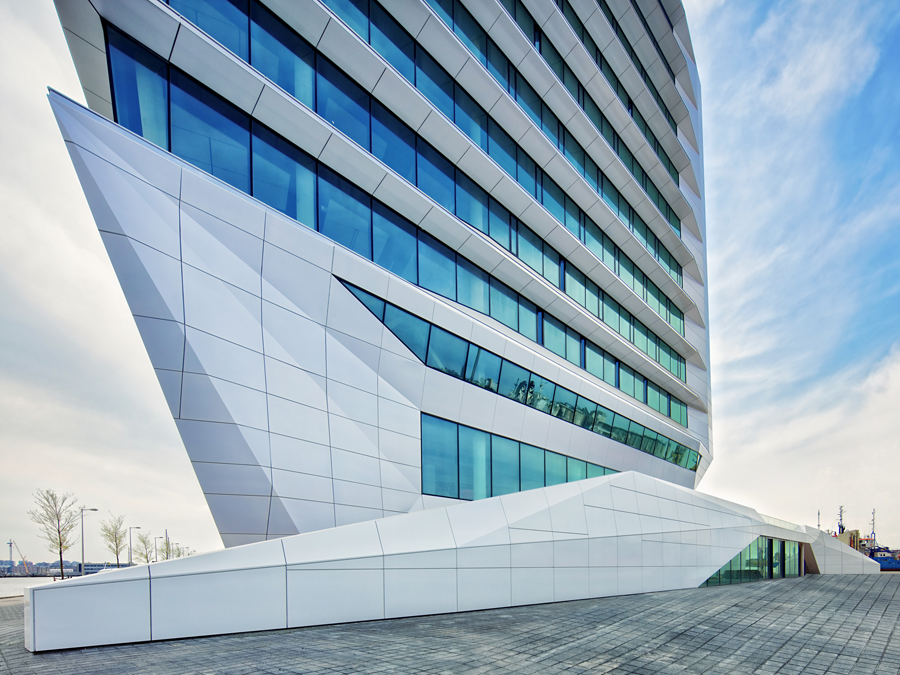 Amsterdam’s waterfront already features two similarly contemporary buildings – the Eye Film Museum and Muziekgebouw. ‘We realised that our own building could complete a stunning architectural triangle,’ Thijssen continues. Coincidentally, ‘triangle’ may be the operative word. Taken from the shape of the land at the top of the site, the building’s footprint, too, is inspired by the three-sided geometric shape. The elongated form of the lower levels – which contain the entrance and restaurant – shows the slimness of the overall volume when considered as a whole, despite the bulkiness of the large office block distorted in view from the end of the dock. 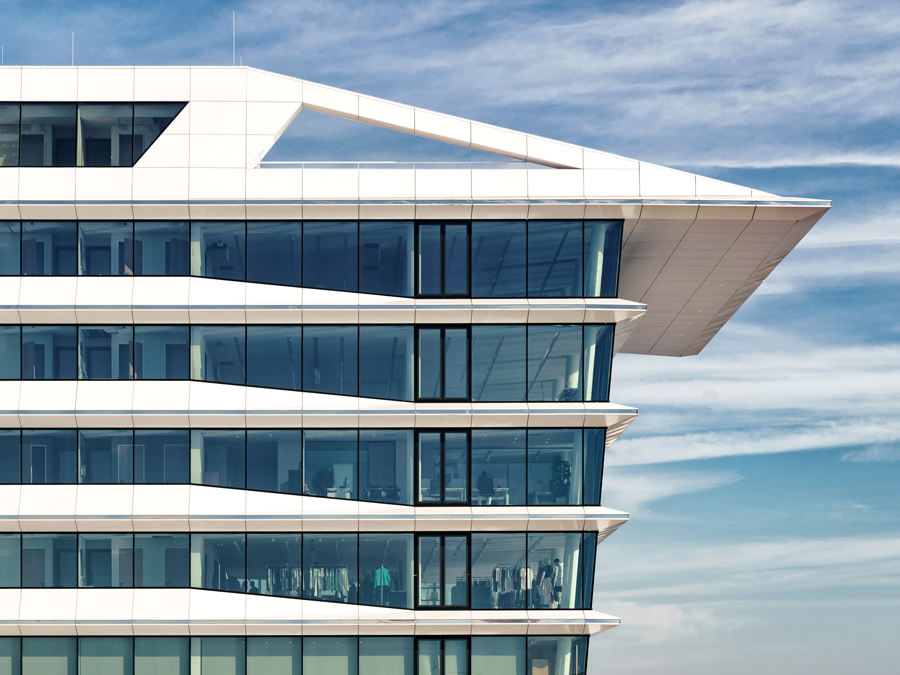 It is not only the location which motivates the design but also the exceptional views of the dock area to the northeast. The glazed curtain wall allows maximum interaction between the interior and the surrounding landscape from three elevations. White aluminium is used to add a more robust feeling, creating balconies and overhanging the windows predominantly on the southwest side to shield the offices from excessive solar gain. Thijssen recalls the purpose of the cladding: ‘As well as its functional purpose, the S-shape it provides gives the building direction and a dynamic look – like a superyacht ready to leave the harbour.’ 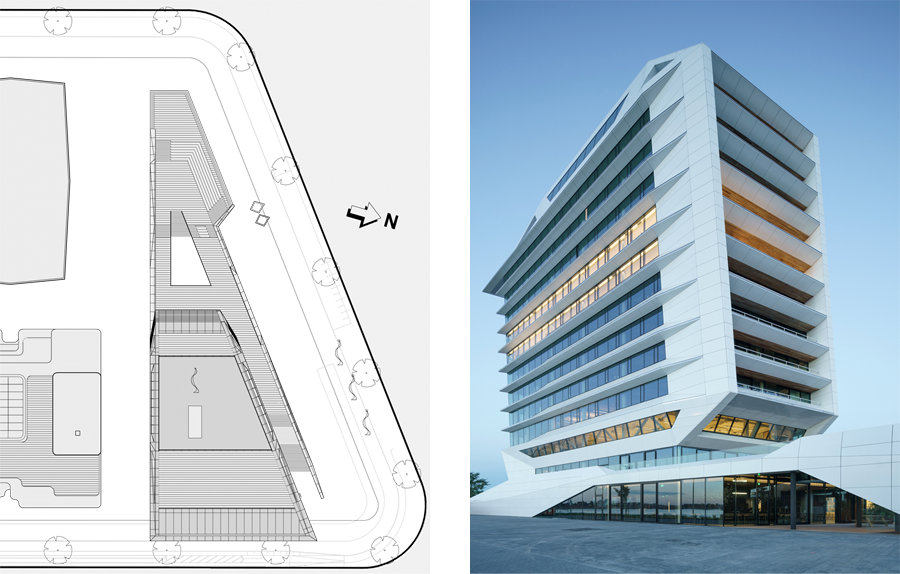 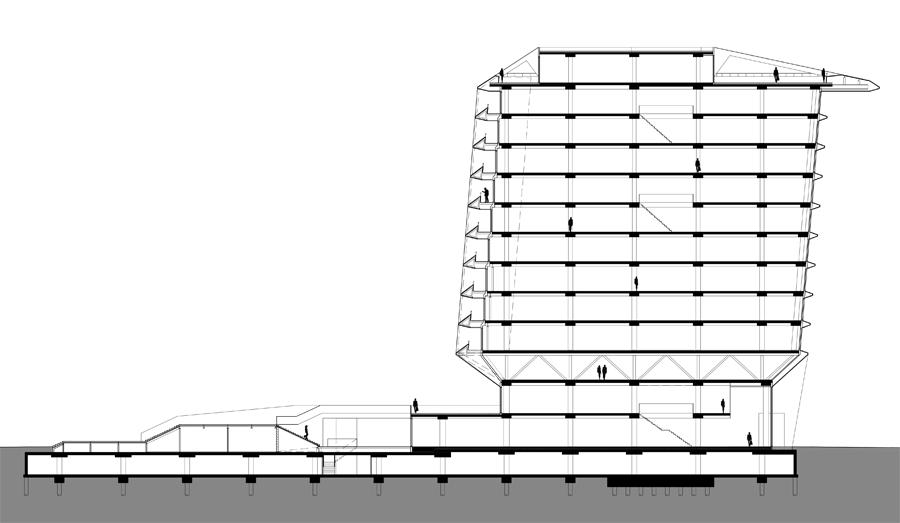