‘I’m trying to think about things that are in between things,’ says Oki Sato, founder of Japanese design studio Nendo. ‘Everybody looks at the beauty of the stars but I’m trying to design the sky itself, the darkness, which enhances the stars’ appearance. By assessing what’s in between, I’m able to find something slightly different: new, small ideas, but very interesting ones.’

This design philosophy lies at the heart of Nendo’s current exhibition at the CID at world heritage site Grand-Hornu in Belgium. Titled Invisible Outlines, it follows on from Nendo's show of the same name at the Jil Sander store in Milan during the Salone del Mobile. While the focus in Milan was on new products in Milan, the CID exhibition expands the overriding theme to explore Nendo’s activity over the past 15 years. 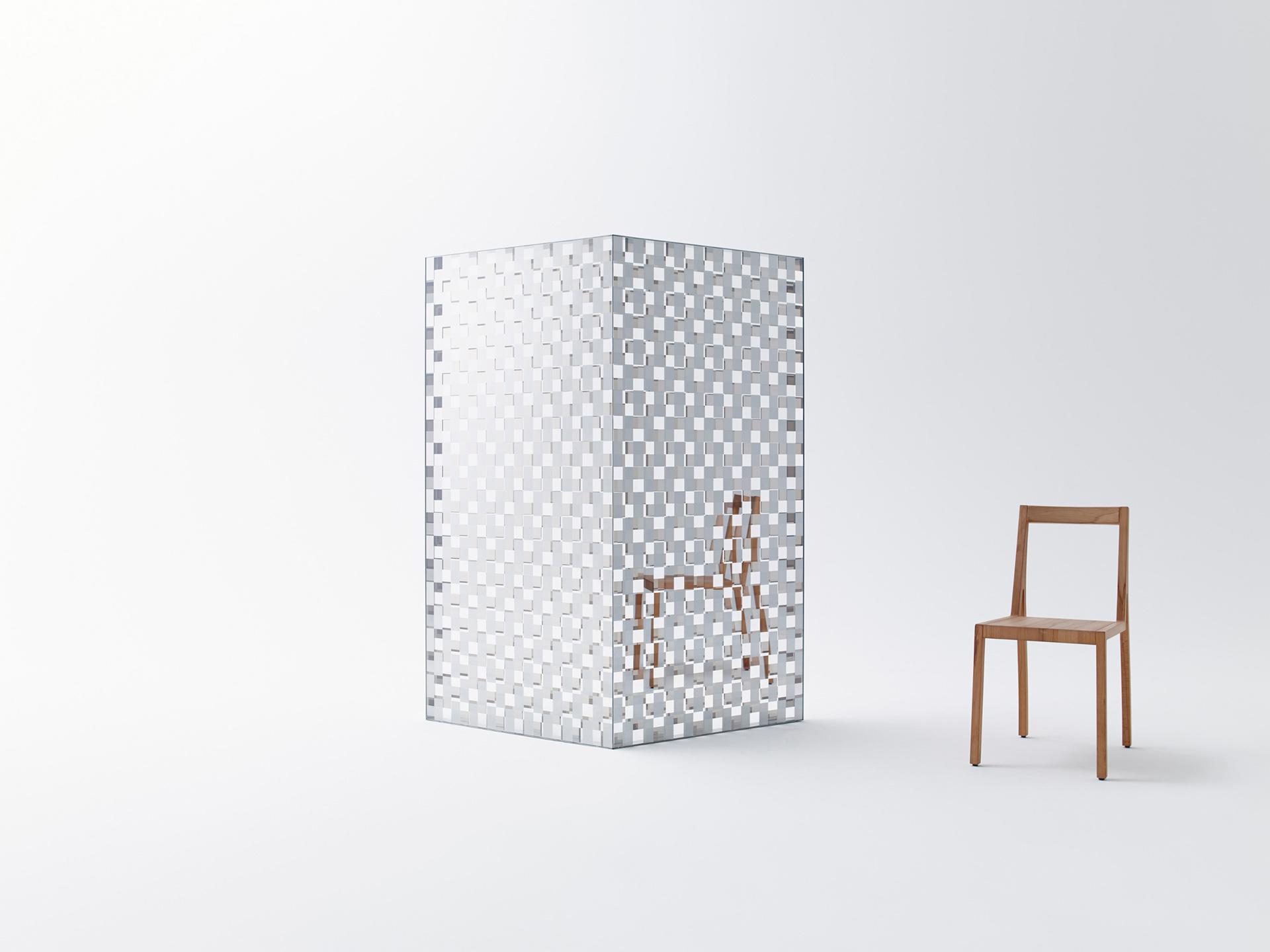 The largest exhibition on Nendo’s work in Europe, Invisible Outlines spans all of the CID’s spaces, including the stables, hay store, atrium and lamps storage room. The show is divided into 12 categories, such as subtract (removing an outline), connect (the merging of outlines), twist (the conjoining of twisted outlines), layer (layered outlines becoming indistinct) and metamorphosis (transforming the outline of one object into that of another). Mirror Chair, a chair merging into a mirror for Glas Italia, typifies how Sato brings two ideas together in a single piece. Also among the projects on display are Nendo’s collaborations with Cappellini and Friedman Benda. 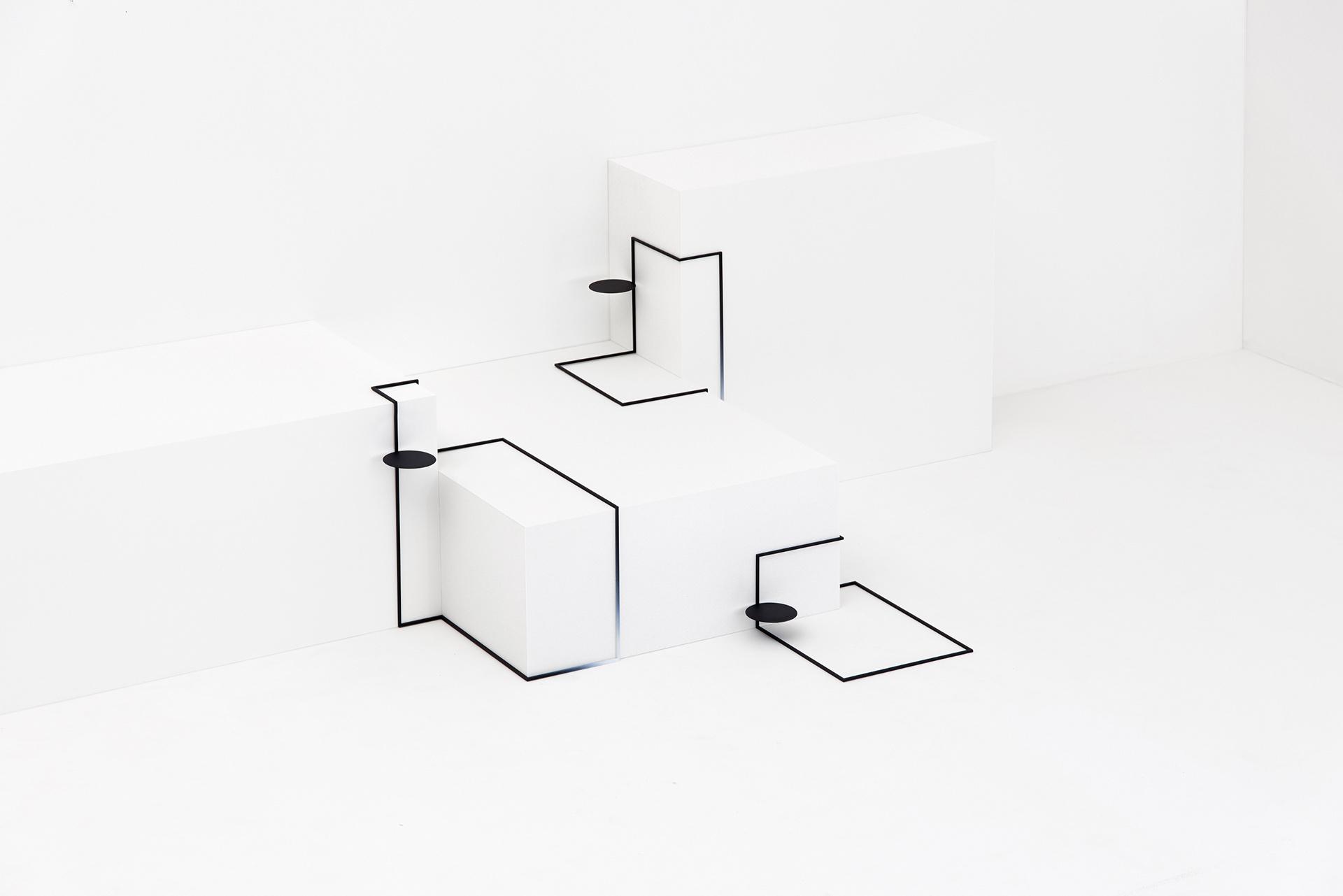 Giving an example of how the Invisible Outlines philosophy is expressed in his work, Sato (39) cites the Thin Black Lines chair (2010). ‘On a piece of paper was a sketch of some random chair, and an eraser happened to be sitting on top of the sheet,’ says the charismatic designer. ‘Suddenly, it appeared to me as if the eraser were actually sitting on the object and thus the design was born – a chair that resembles a flat, two-dimensional sketch.’ Another important design for Sato is that of the turquoise and blue silicone Jellyfish Vases (2017). Wobbling in a fish tank filled with liquid, they poetically invert the function of a vase as an independent water vessel. 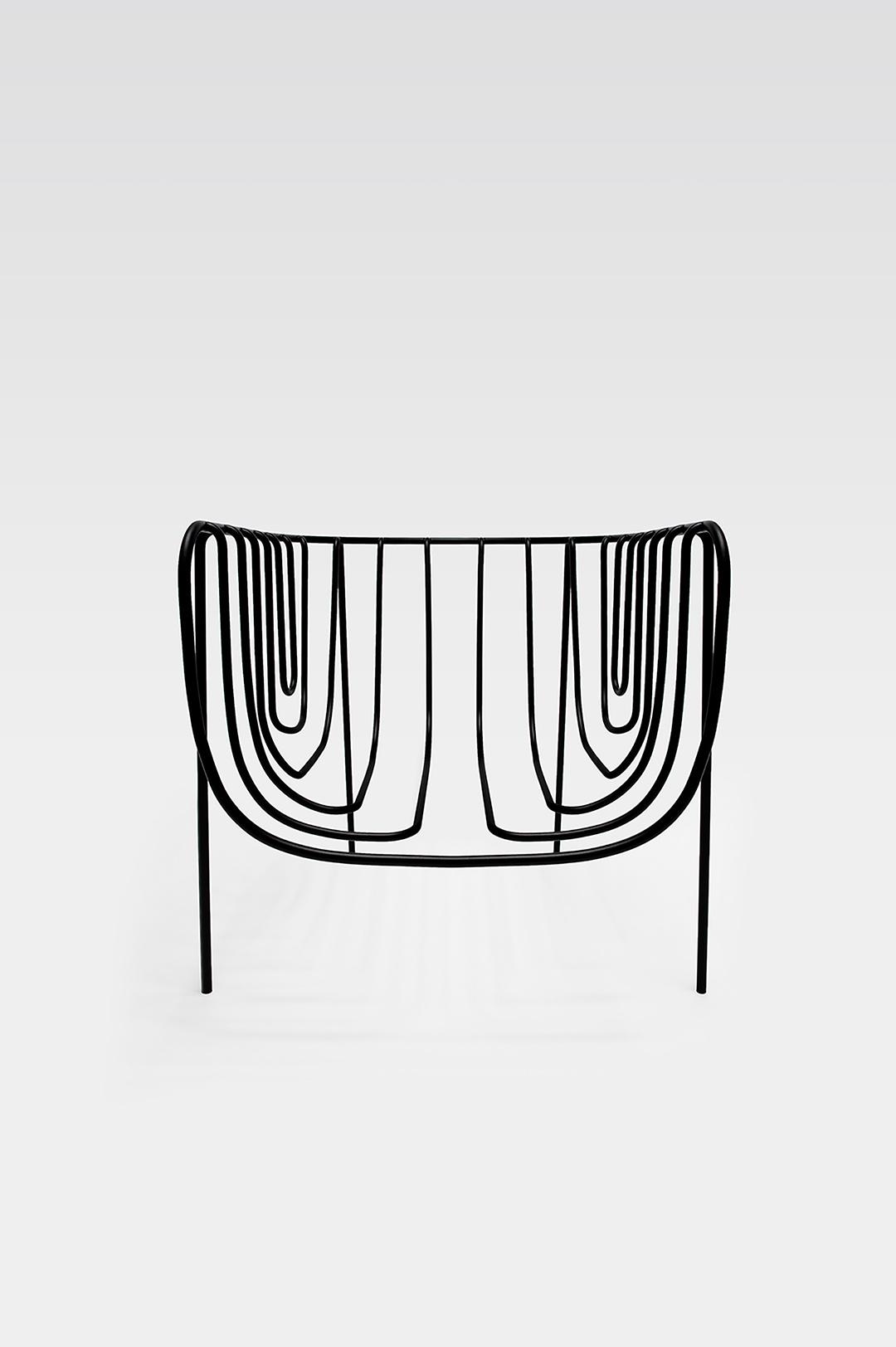 Sato established Nendo in Tokyo in 2002 after gaining an M.A. in Architecture from Waseda University in Tokyo. A pivotal moment that shaped his viewpoint on design was his experience making the Cabbage Chair for Issey Miyake in 2008 (the product is not part of Invisible Outlines). ‘He told me that lots of paper used for creating his pleated fabrics goes to waste, so he asked me if I could make a chair with it,’ says Sato. ‘One day I showed him a prototype resembling a chair, made of paper strengthened by resin. I said, it’s not a chair yet. But he replied: “No, no, it is a chair.” Having studied to be an architect, I was used to developing ideas slowly. But Miyake taught me that a design can be completed at the moment when it feels completed, even when it’s at an apparently raw stage.’ 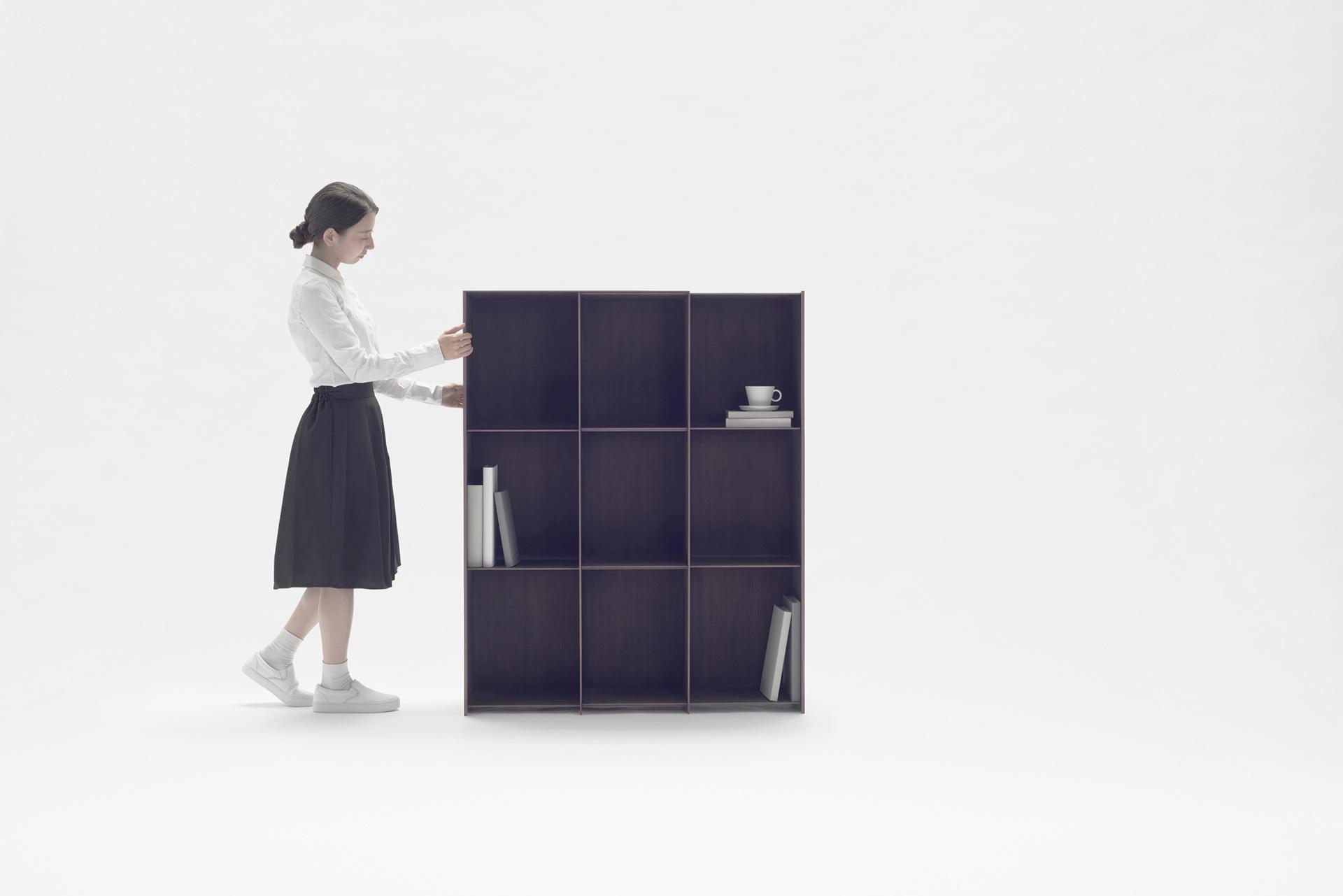 Nendo's Nest Shelf, which features an integrated second shelf of the same size that appears to grow outward.

Clearly Sato has shifted his way of thinking since his architecture studies, during which time he was instructed to think of a city, then about how a building and a room are designed before conceptualizing a cup. ‘Now I'm thinking in the complete opposite way. I start from very small emotions, small ideas, and let them grow into furniture, into interiors and buildings, and hopefully into cities.’

Asked about how a designer’s role is changing in the 21st century, Sato says that it ‘used to be solving a problem by design. But now our clients expect “problem discovery”; there is no brief orientation. The designer who can think through a series of tasks from discovery to resolution can be a designer in the future.’ 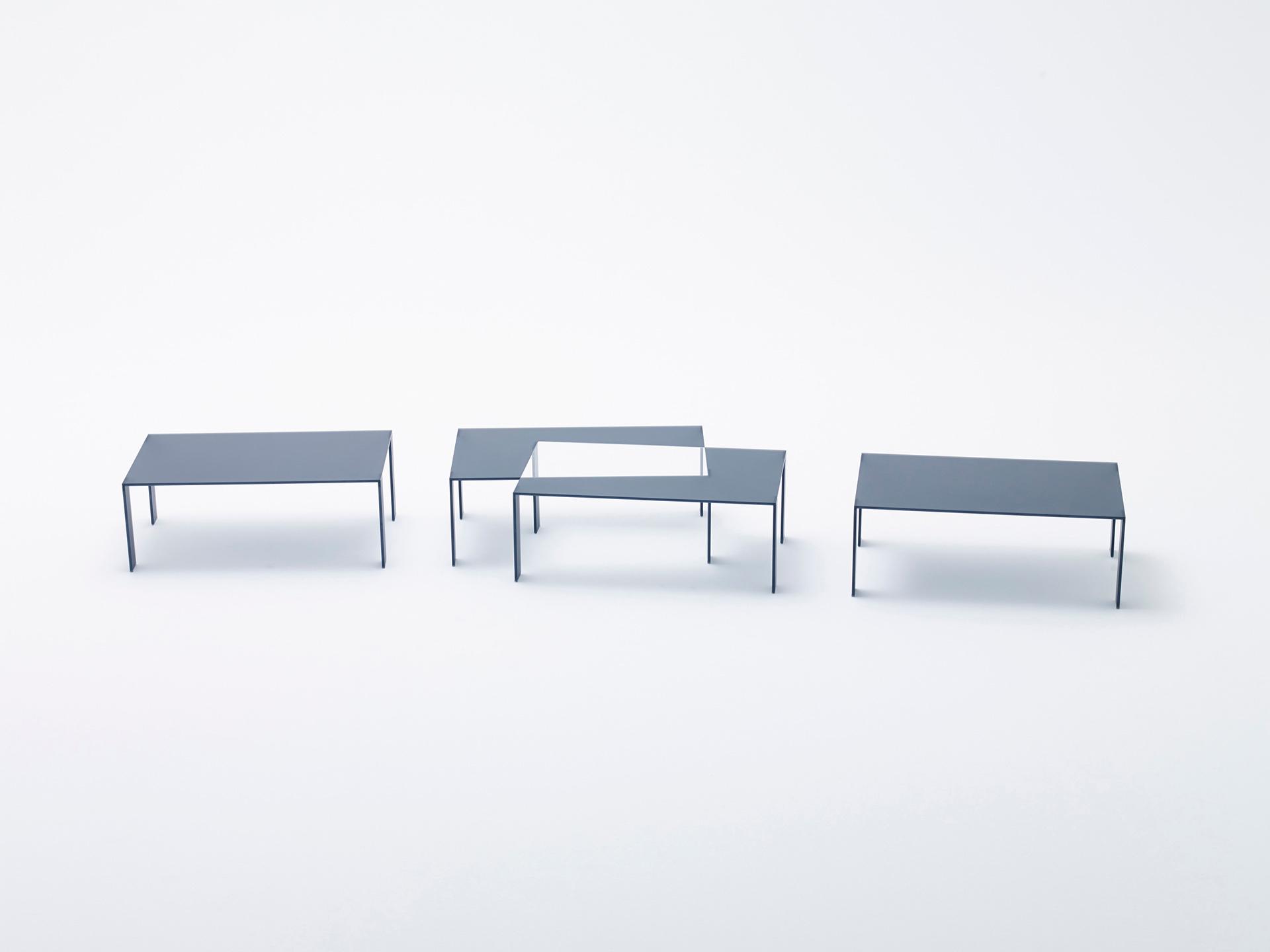 Tellingly, Sato considers Japanese manga series Doraemon to be his ‘master’; its inventiveness seems analogous to Sato’s method of growing his ideas. ‘In each story the main character ends up in a bind and some kind of gadget comes to his rescue,’ he says. ‘He manages to use the gadgets without a user’s manual because they have an intuitive design and a fun and likeable appearance. These designs that Doraemon pulls out of his pocket change with each episode – there’s no end to them.’ And judging by Nendo’s prolific output, he’s following suit.