To give our audience eyes and ears into the live judging sessions that took place at Frame Awards 2020, we're sharing coverage of the insightful jury conversations that decided the winning projects. Below, we celebrate the recipient of the Trade-Fair Stand of the Year award: The Unfolding Village by Neri&Hu Find the full collection of reports in our upcoming May/June 2020 issue, Frame 134.

‘Innovation is not based only on technology,’ mused Daria Jelonek of Studio Above&Below, while reflecting on Neri&Hu’s The Unfolding Village. ‘This project is innovative because it pushes the boundaries of what a trade-fair stand can be – it tells an important story.’ All jurors were in agreement that the strength of the 2019 Stockholm Furniture & Light Fair’s Guest of Honour stand derived from its social narrative.

That angle specifically centred on China’s disappearing villages and village culture. A consequence of relentless urbanization, this loss has amounted to an estimated 920,000 villages in the span of 15 years, according to a 2017 report by China City News. The Unfolding Village, an attempt to capture the essence of these clan-based settlements, was to be a strong departure from fairs driven solely by product display. A reference to rural alleyways and streets, the stand’s unfurling pathways were outlined by repeating timber structures formed like abstracted pitch roofs. Along the way, Neri&Hu curated its own furniture, lighting and accessories, and devised encounter-oriented nooks. 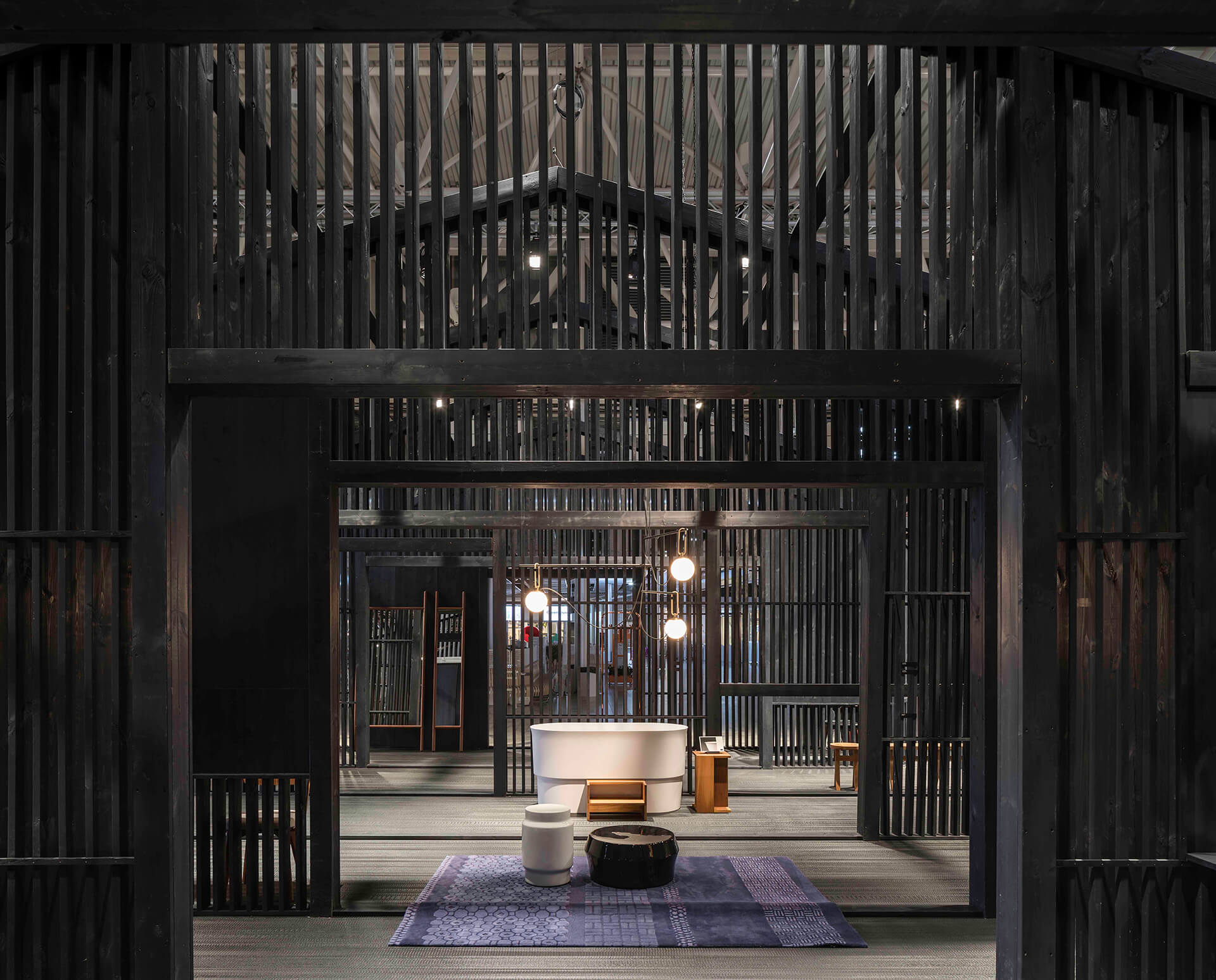 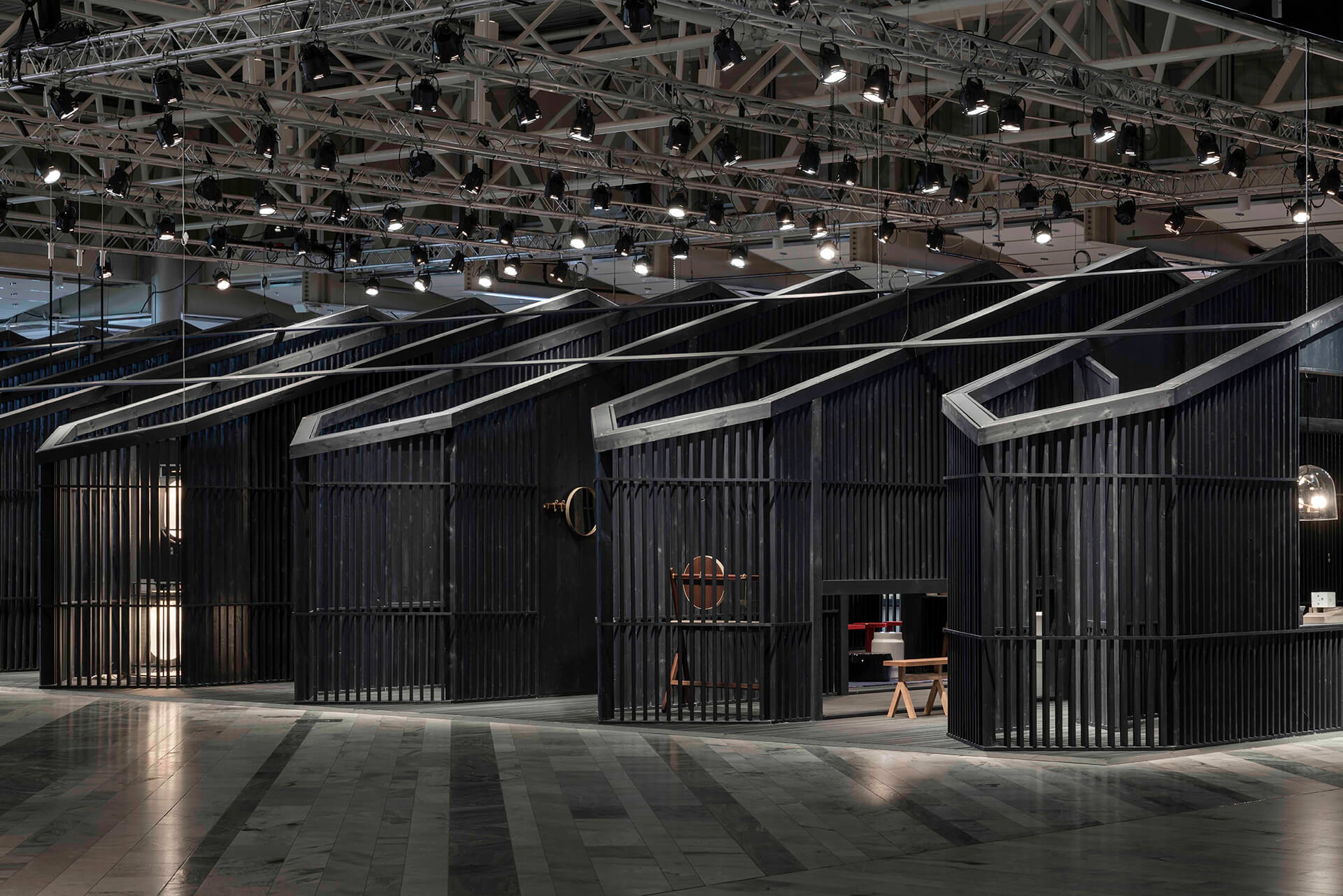 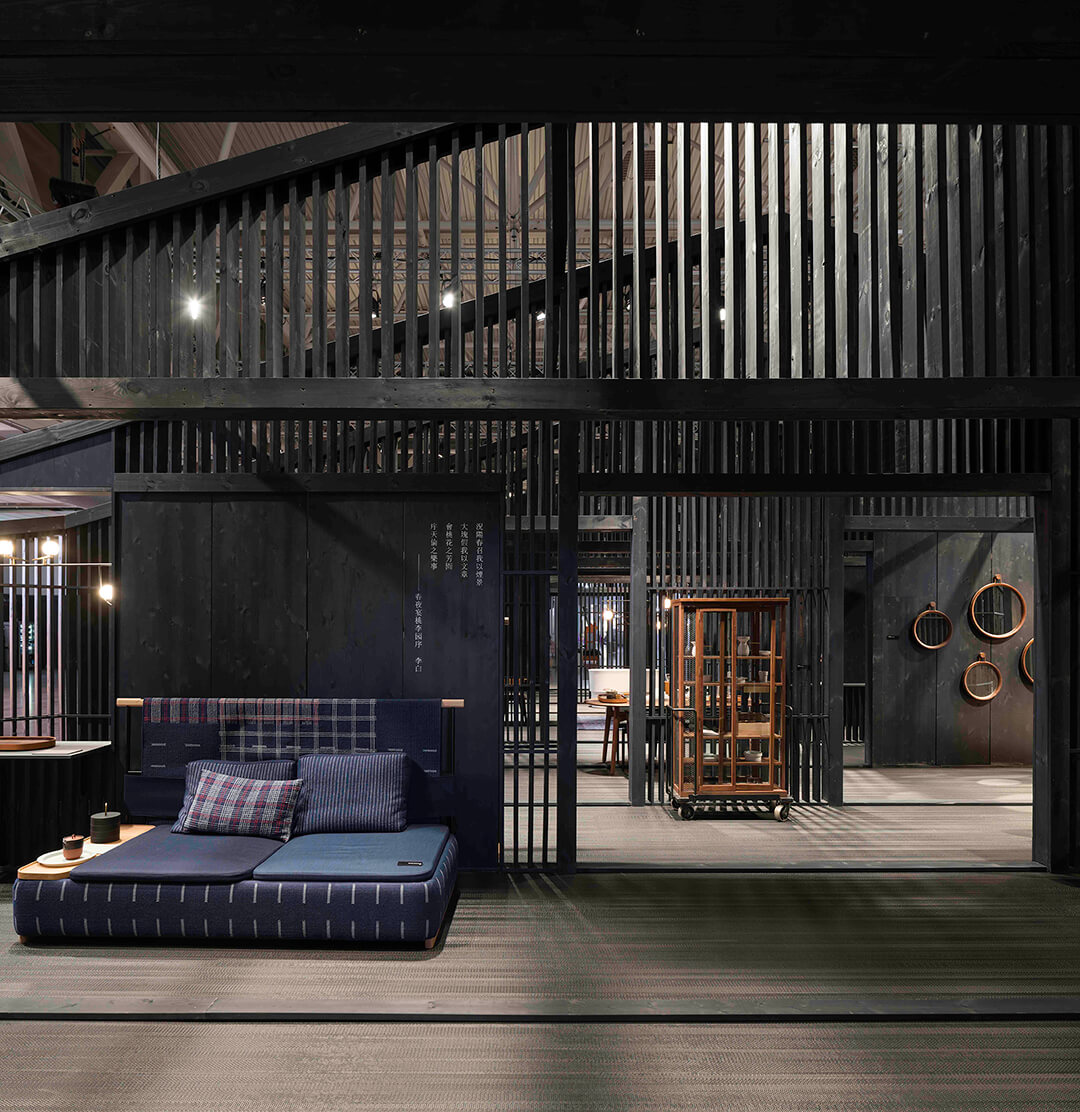 The jury members concurred that The Unfolding Village should be ‘highly recognized’ for pushing boundaries in the trade-fair realm.

By bringing awareness of the crisis to a new audience in an unexpected way, ‘Neri&Hu effectively changed the conversation around the problem they were addressing’, said MoMA’s Ramona Bronkar Bannayan. ‘A team being so socially conscious about what they were bringing forward is highly unusual in a trade-fair environment – the space is visually and conceptually satisfying.’ The downfall of the other projects wasn’t their lack of vision, but their inability to provoke the same level of introspection and discussion: ‘For me, the most challenging thing about being a creative person, or working as architect or designer, is being critical,’ said Moncada Rangel’s Francesco Moncada. ‘This project is: it raises questions about topics that are important for us – and for everyone.’