Nostalgia without the cheap tricks? This food court in Hong Kong’s iconic Jardine House shows it can be done

Jardine House, an iconic tower on the Hong Kong skyline, was completed in 1972. Back then, it was Asia’s tallest building. ‘Like most towers of the era,’ writes Christopher DeWolf for Zolima CityMag, ‘it was Modernist in style and rational in form, without even a hint of anything superfluous. And yet it somehow comes across as playful, with its round windows and the trapezoidal columns at its base . . .  More than that, the building’s history ties together many of the threads that make Hong Kong what it is today, from opium-trading to immigration to post-colonial introspection.’

Linehouse has managed to achieve a similar balancing act of rationality and playfulness – while also referencing the building’s history – with BaseHall, a high-end food court located across two levels of Jardine House. ‘The concept for the space draws from historical depictions of Jardine House in cinema during the early 1970s and seeks to convey an atmosphere of nostalgia through its spatial arrangement and the use of materiality, lighting and detailing,’ says a spokesperson for the studio. 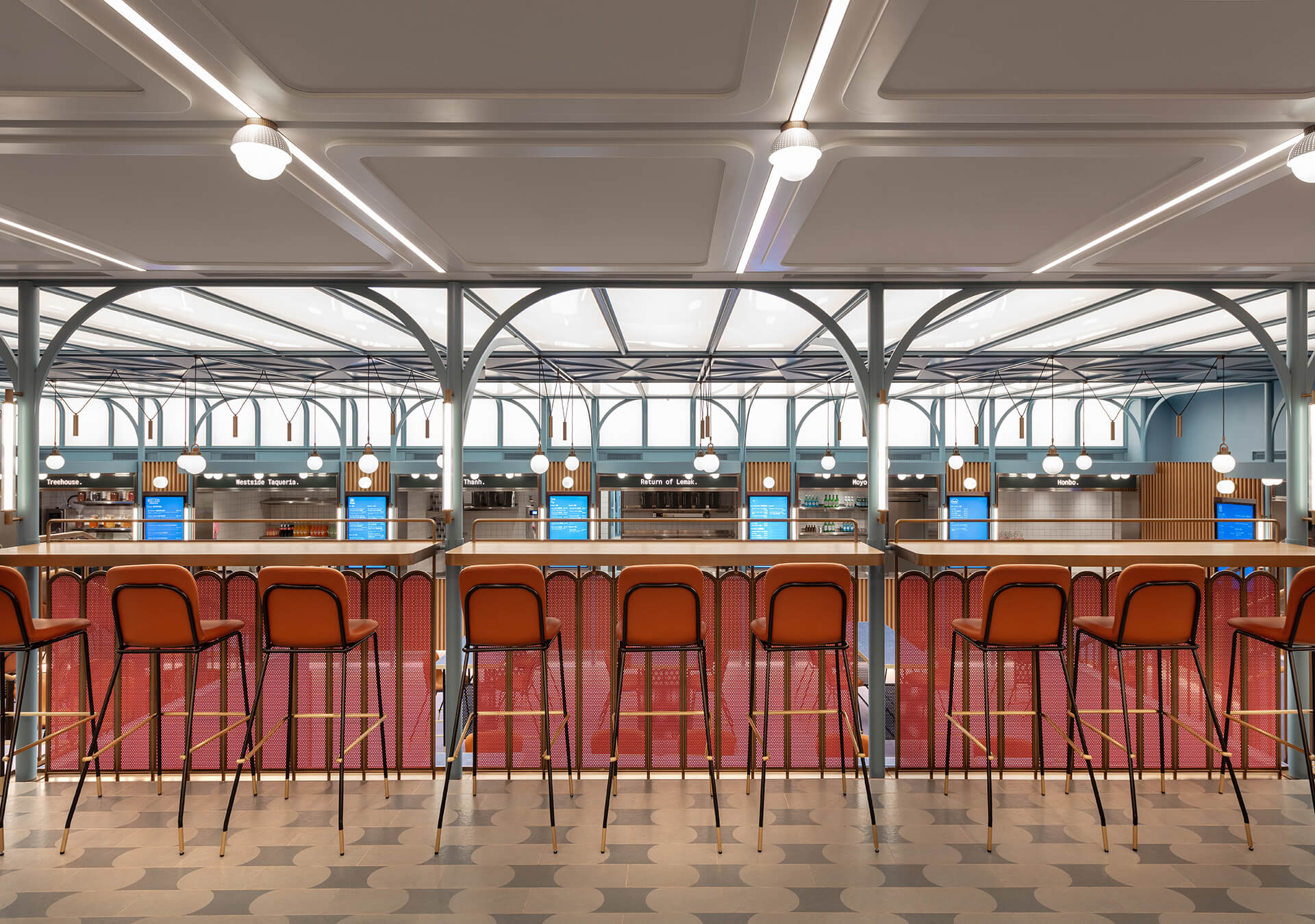 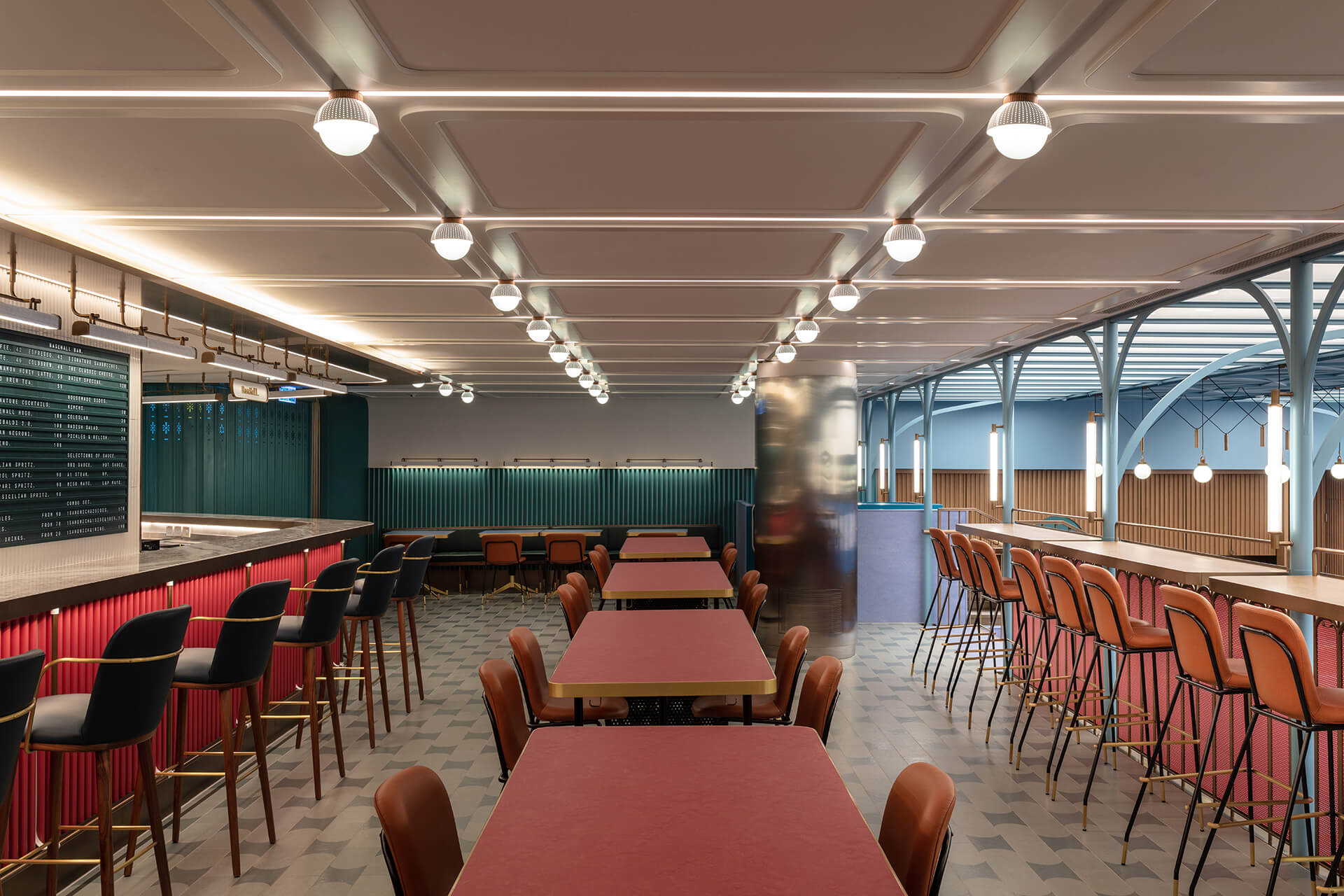 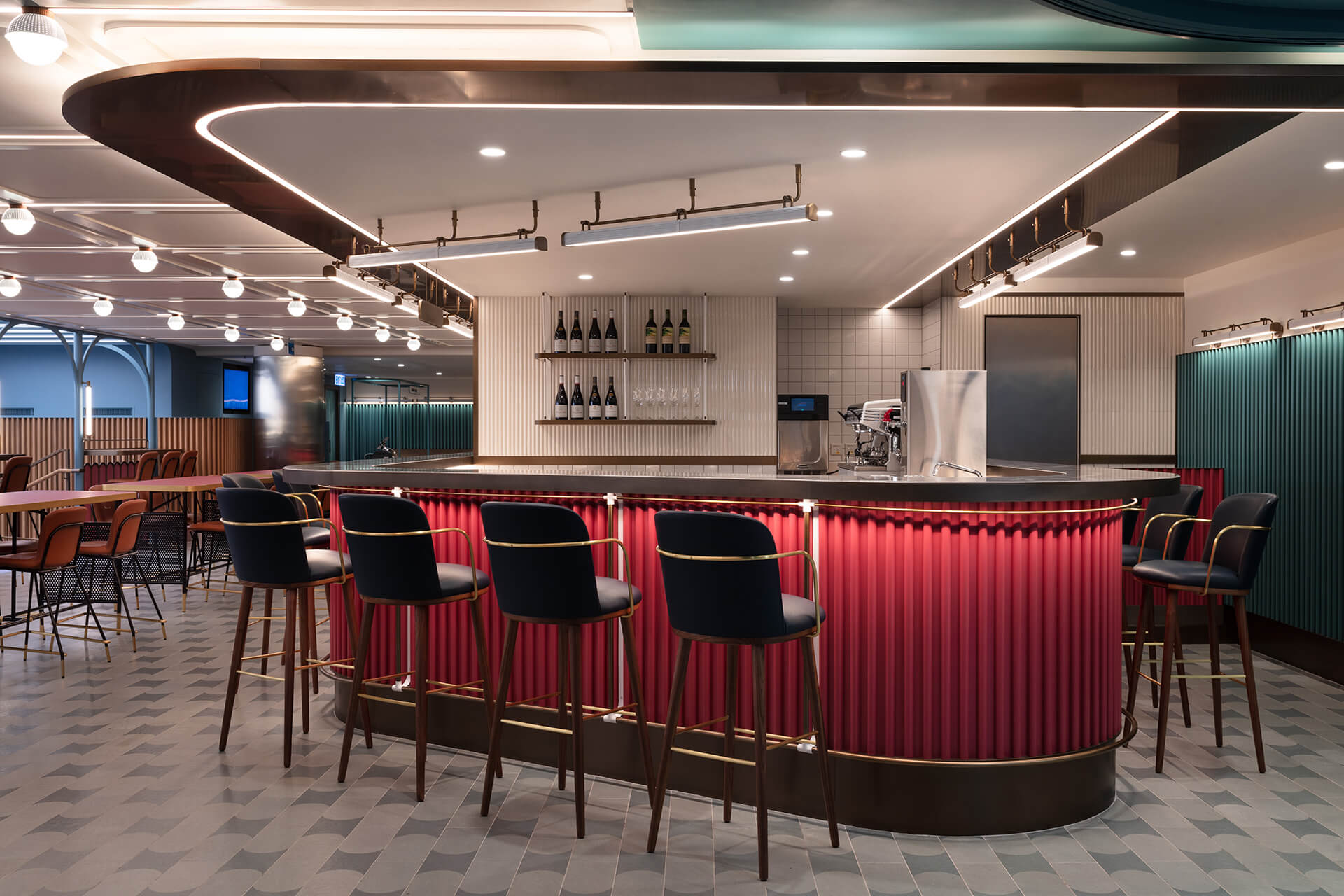 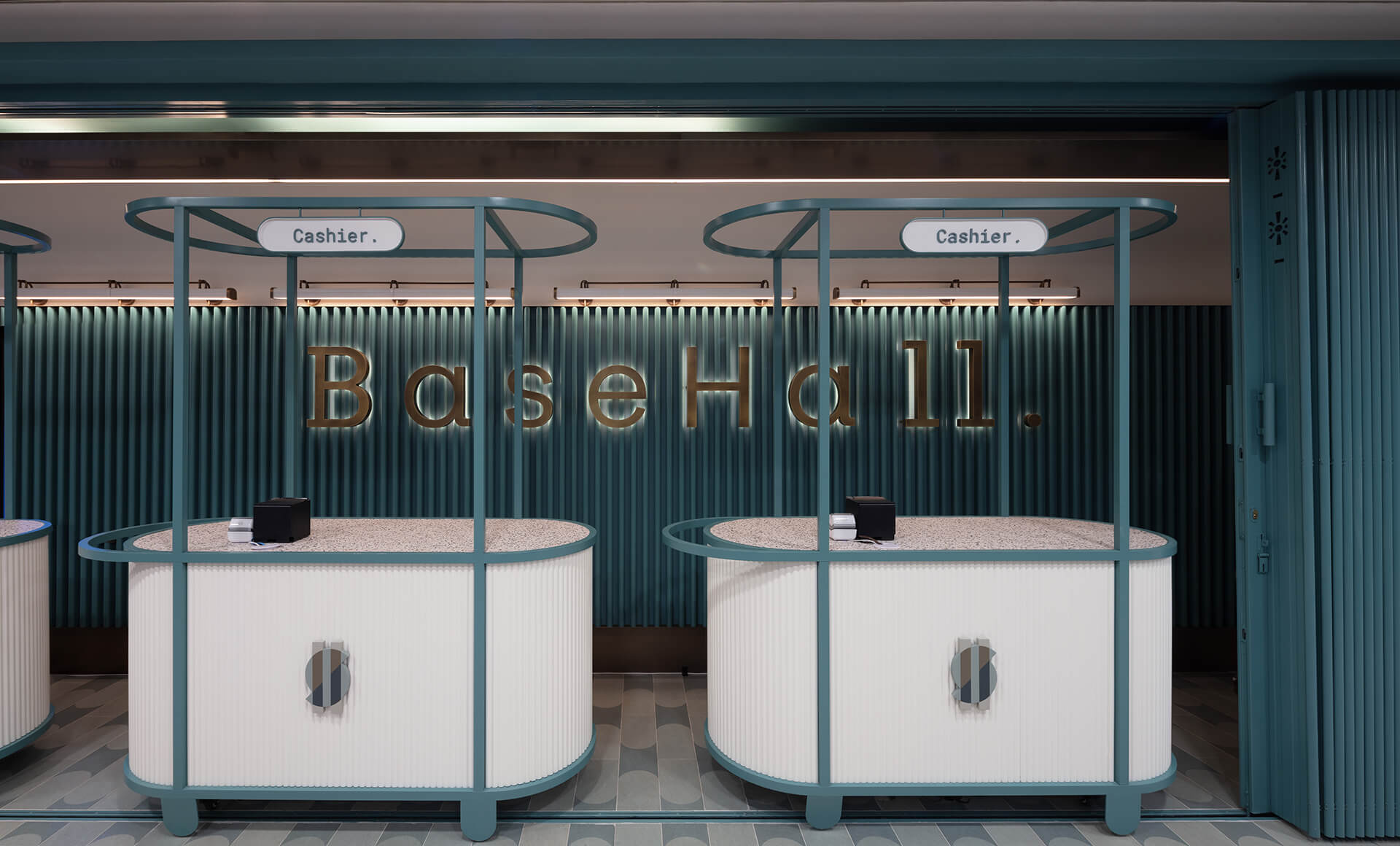 Although certain features recur across the entire scheme – such as batten wall panelling, which helps to muffle the din typically associated with food courts – each of the two floors has its own identity. The Market Courtyard is designed to be ‘bright, open and festive’, and the Upper Bar, ‘warmer and more intimate’. Custom lighting, brass detailing and handmade Linehouse-designed tiles lend the latter an air of elevation, while the Market Courtyard is designed to be as flexible as possible to accommodate live music events. Adaptable, stackable furniture and a transportable DJ booth all sit beneath a bespoke metal canopy ceiling, a reference to traditional vaulted market hall structures.

Curvature prevails – a nod to Jardine House’s distinctive windows? – throughout the interior and its furnishings. Finished in vinyl with a terrazzo effect, the oval-shaped cashier carts are also portable, allowing the restaurant to spill out into the adjoining corridor.