Now, this is how you put a ‘public well’ in the middle of a store

How does an optical retailer who wants to transcend mere commercialism with its store redesign manage to weave itself into the history of a storied medieval city? According to architects Petras Išora and Ona Lozuraitytė, the answer lies in the ‘superimposition of previous public space, Soviet stratigraphy and today’s ecology.’ Their ideas pervade an experiential retail interior in Vilnius, created for Lithuanian optical company Friends & Frames.

Lozuraitytė talks about meeting the client, who requested a location strong enough to bear the label ‘city landmark.’ Together they developed the concept of an interior that would work as a ‘city event’ or a ‘city play.’ It was to be a dynamic destination, an integral part of the town, and to have ‘an atmosphere similar to a gallery.’ 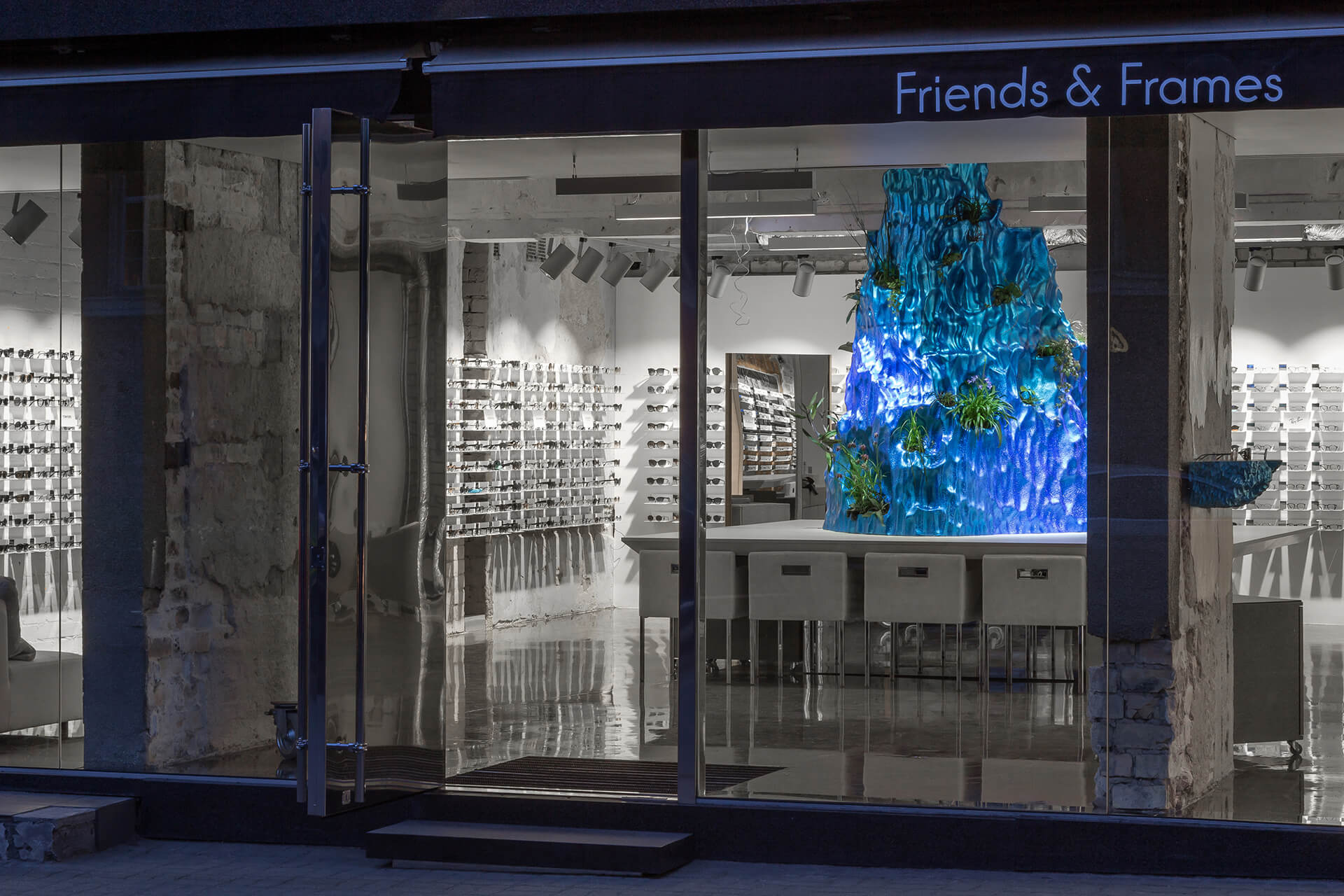 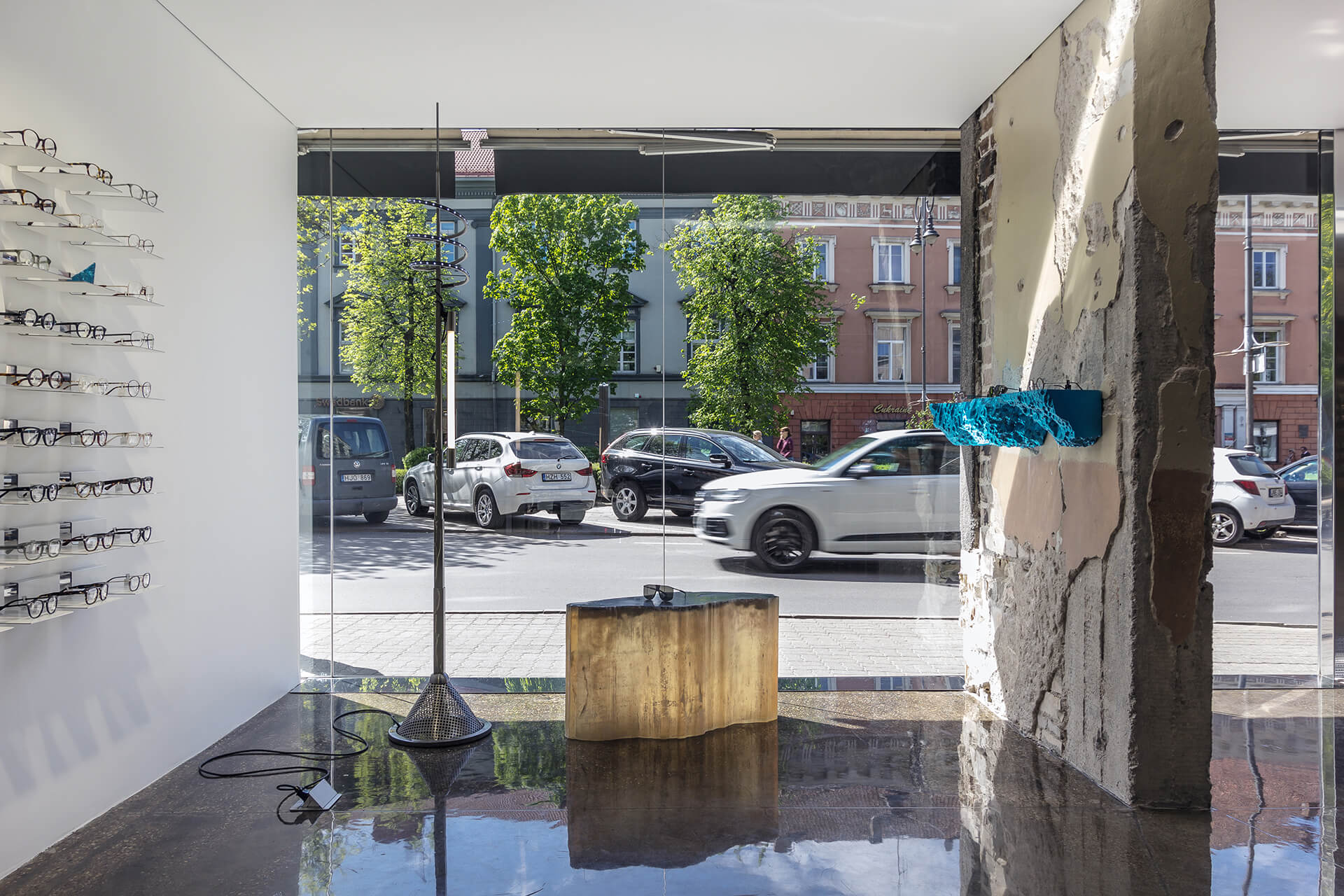 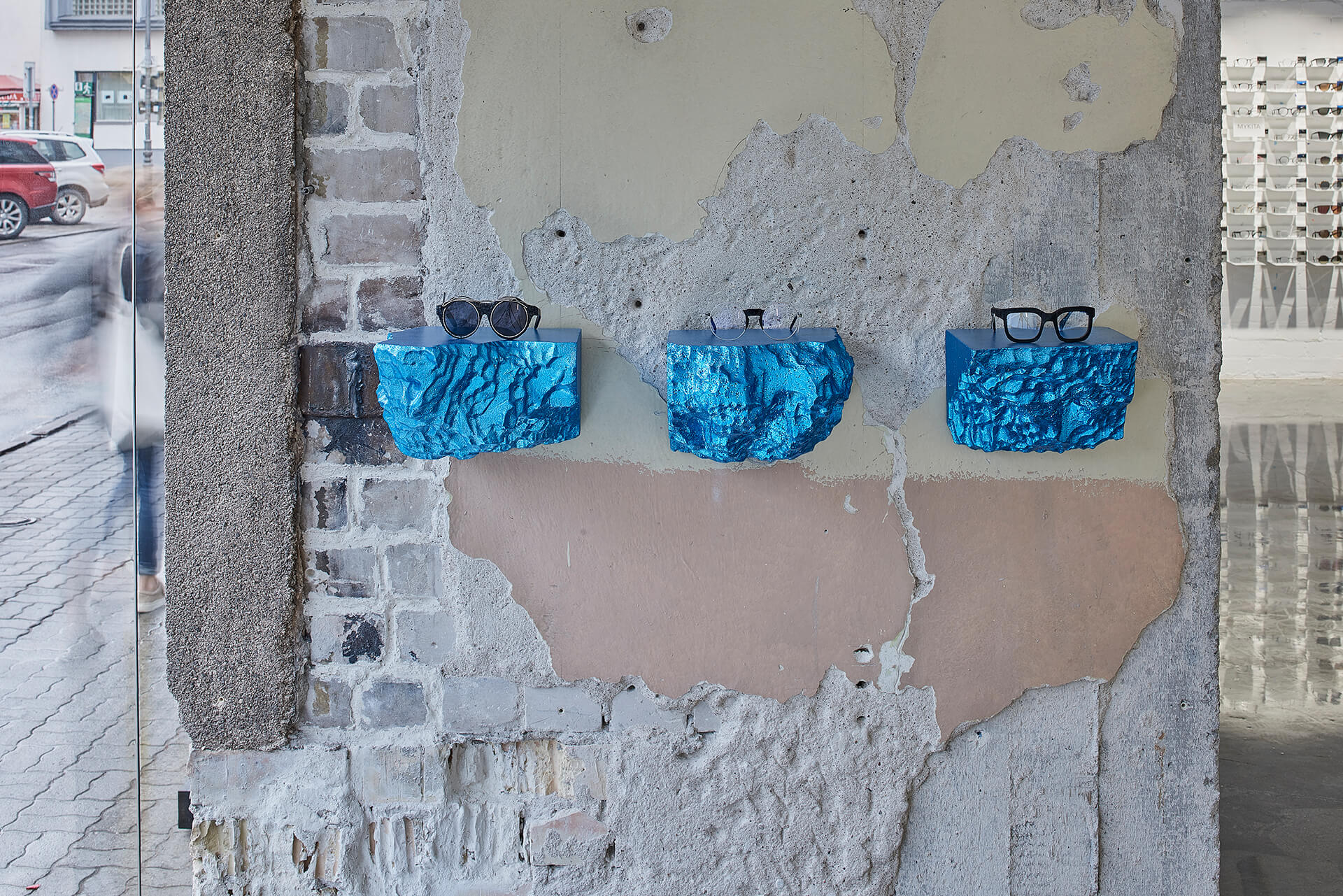 Swathed in metallic blue paint and bedecked with an ‘independent ecosystem’ of spindly plants, the store’s towering centrepiece refers to one of the city’s only public wells, constructed in the Middle Ages and destroyed in World War II. Išora + Lozuraitytė, the duo’s interdisciplinary studio, sought to reclaim the public nature of the well with a narrative that connects past and future.

The space is clinically postindustrial: a collection of high-end glasses juxtaposed with exposed-concrete walls is mirrored in both the reflective ceiling and a high-gloss epoxy floor. The studio’s intent to provide the interior with a ‘liminal’ treatment of materials and decoration is rooted in the premise that the ‘aesthetic position derives from the need’. All furnishings are recycled objects playing reimagined roles. 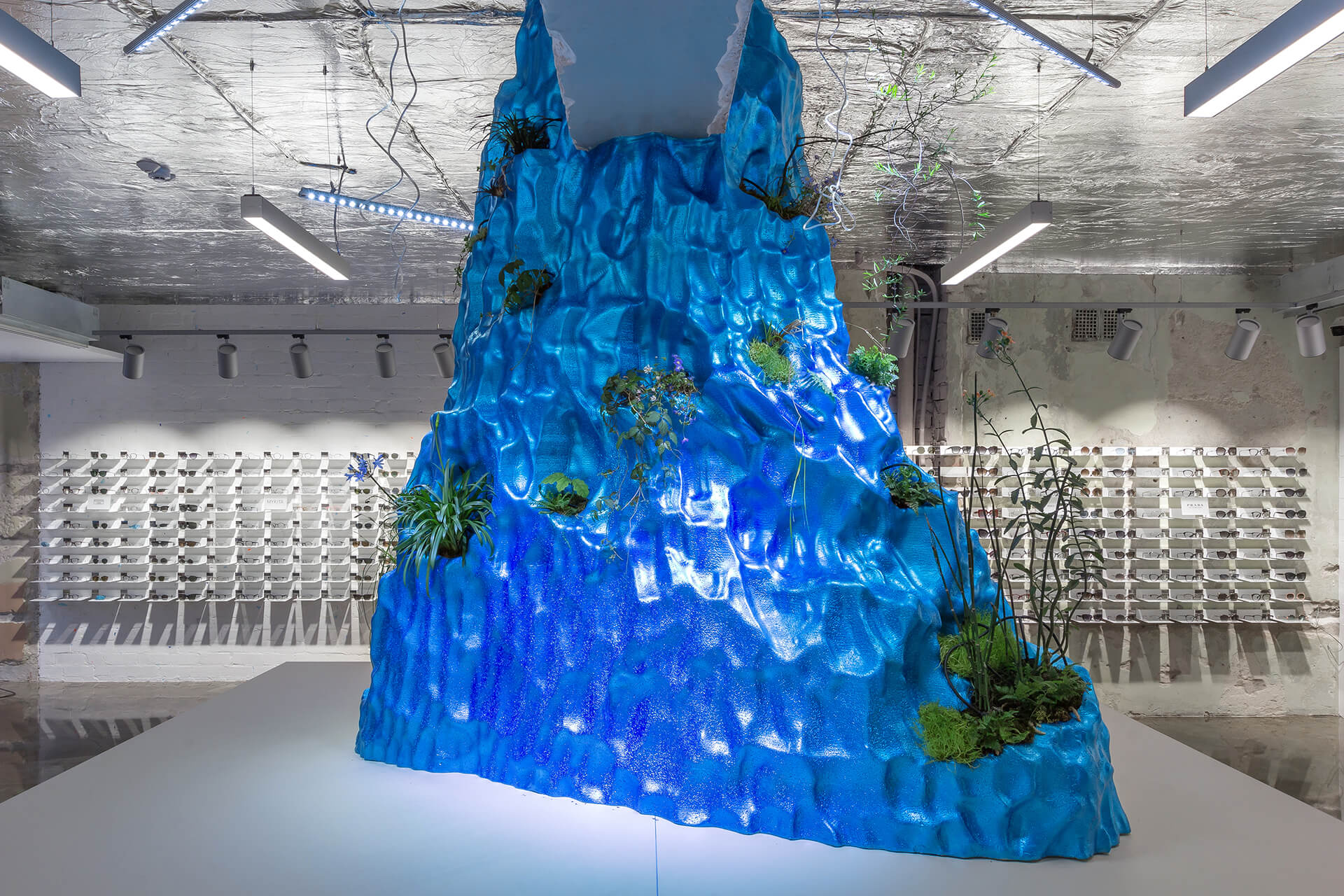 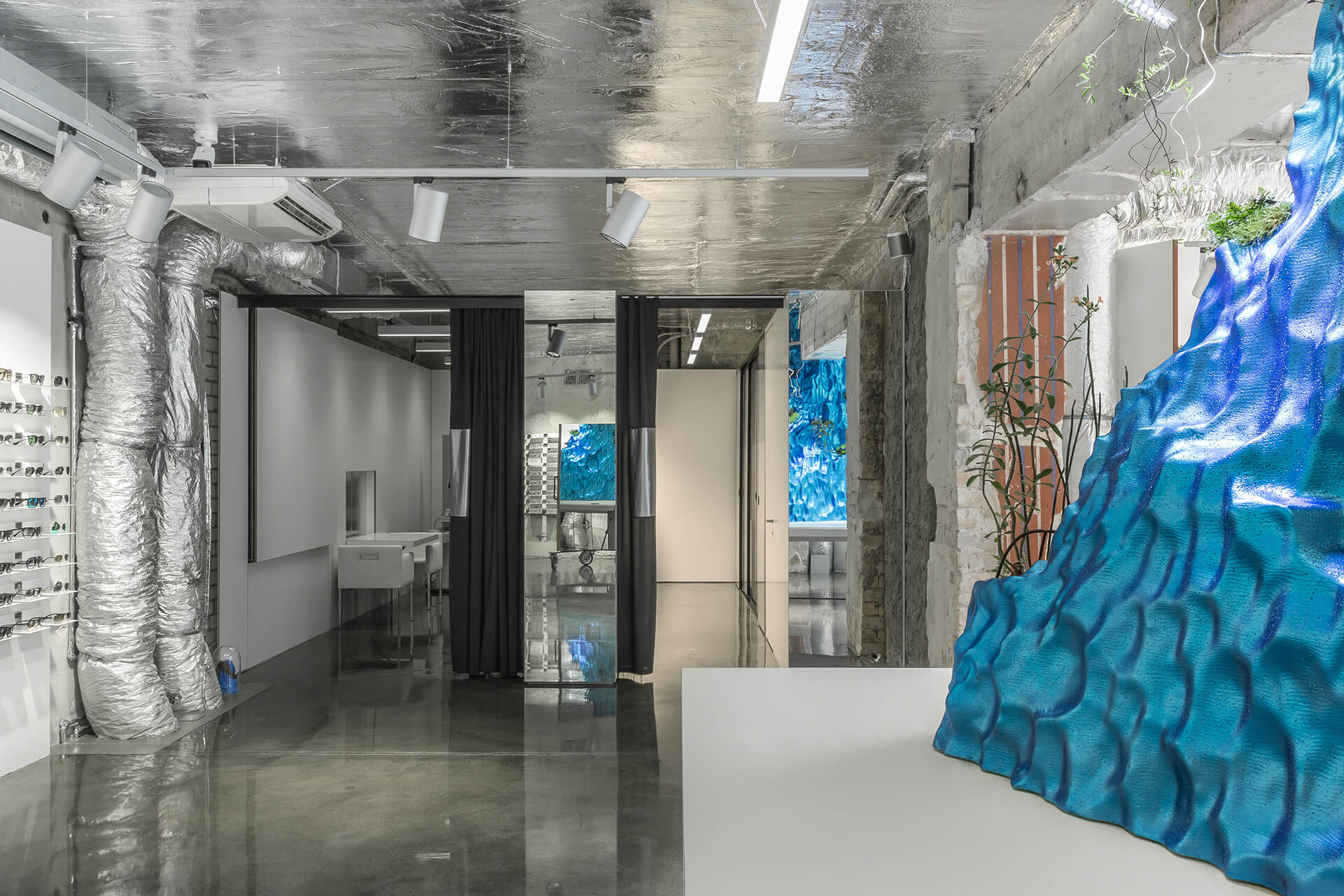 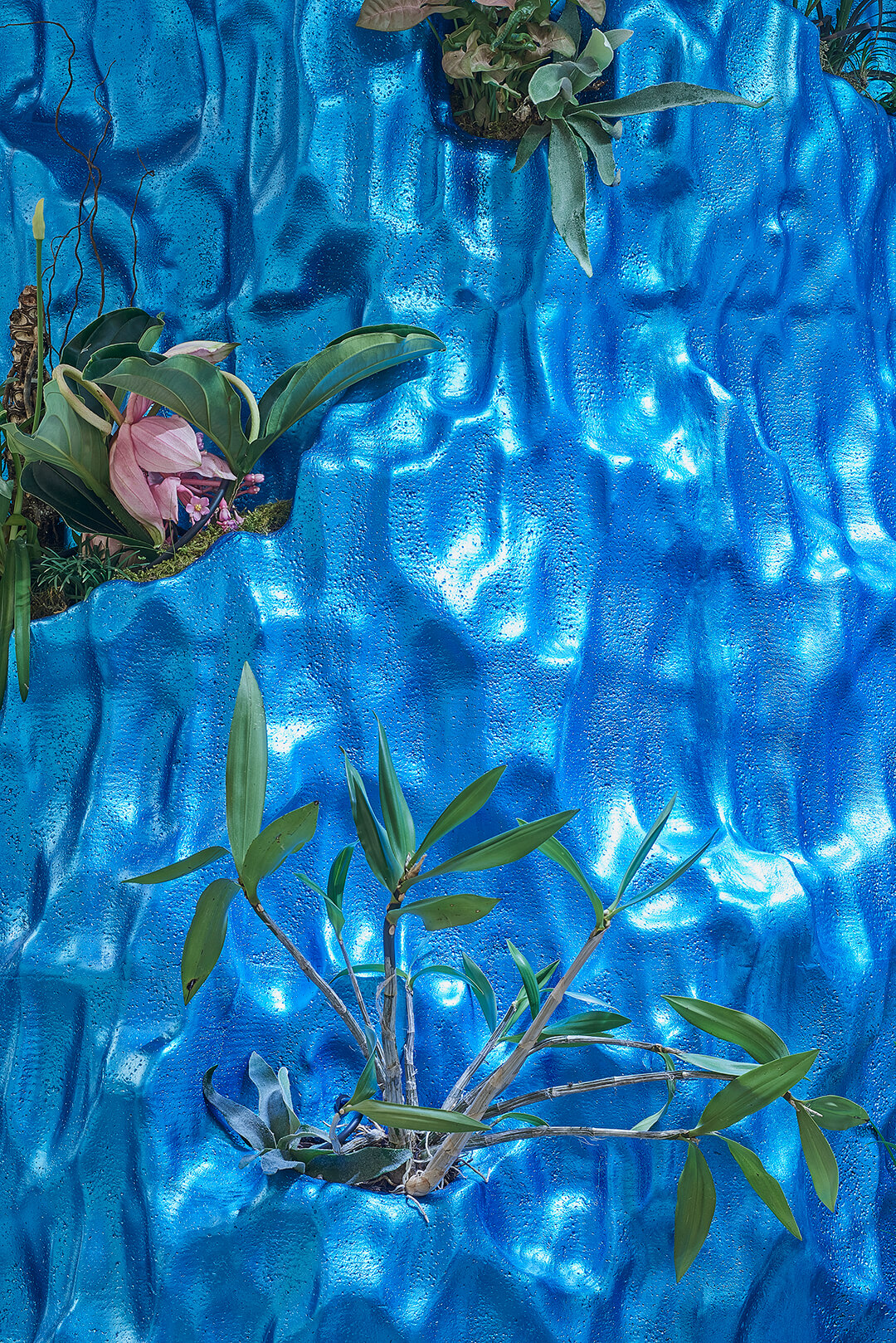 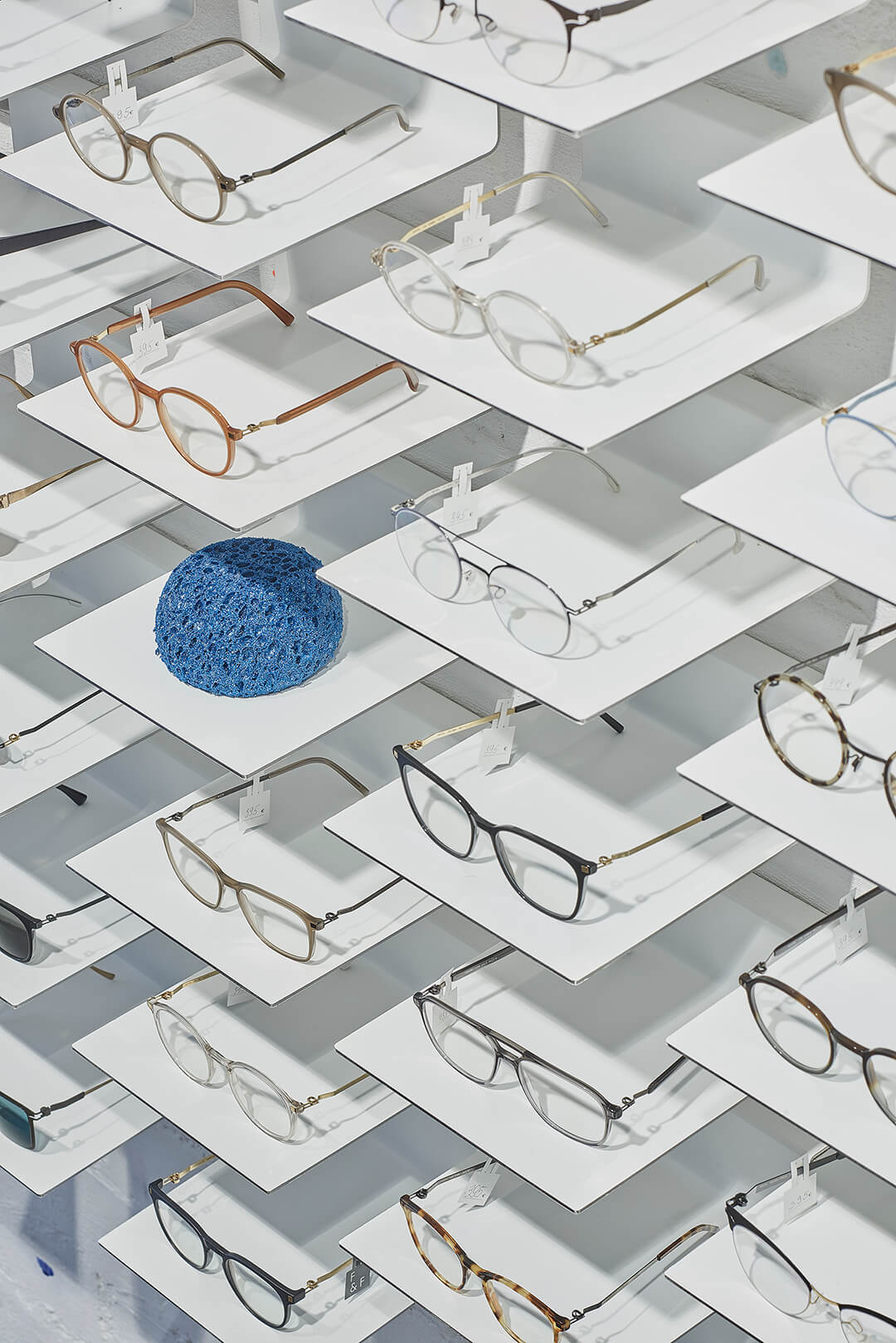 While set in a historical and local context, Friends & Frames tries to remain relevant in a digital age. Išora + Lozuraitytė is aware that physical stores need to focus on experiences and narratives to draw consumers away from the comfort of home and the convenience of apps.

This piece was originally featured in Frame 125. You can purchase a copy of the print magazine here.