OMA adds transparency to the Dutch Ministry of Foreign Affairs

The Hague, the Netherlands

Located in the center of the international city of peace and justice, the former Ministry of Housing, Spatial Planning and the Environment (VROM) has been transformed by Rotterdam-based studio OMA to answer contemporary demands of greater political and social functionality with respect to existing architectural qualities.

Working with Jan Hoogstad, the original architect of the 1992 VROM building, OMA renovated the governmental office structure for the new Ministry of Foreign Affairs, the Ministry of Infrastructure and the Environment, the Immigration and Naturalization Service, and the Central Agency for the Reception of Asylum Seekers. 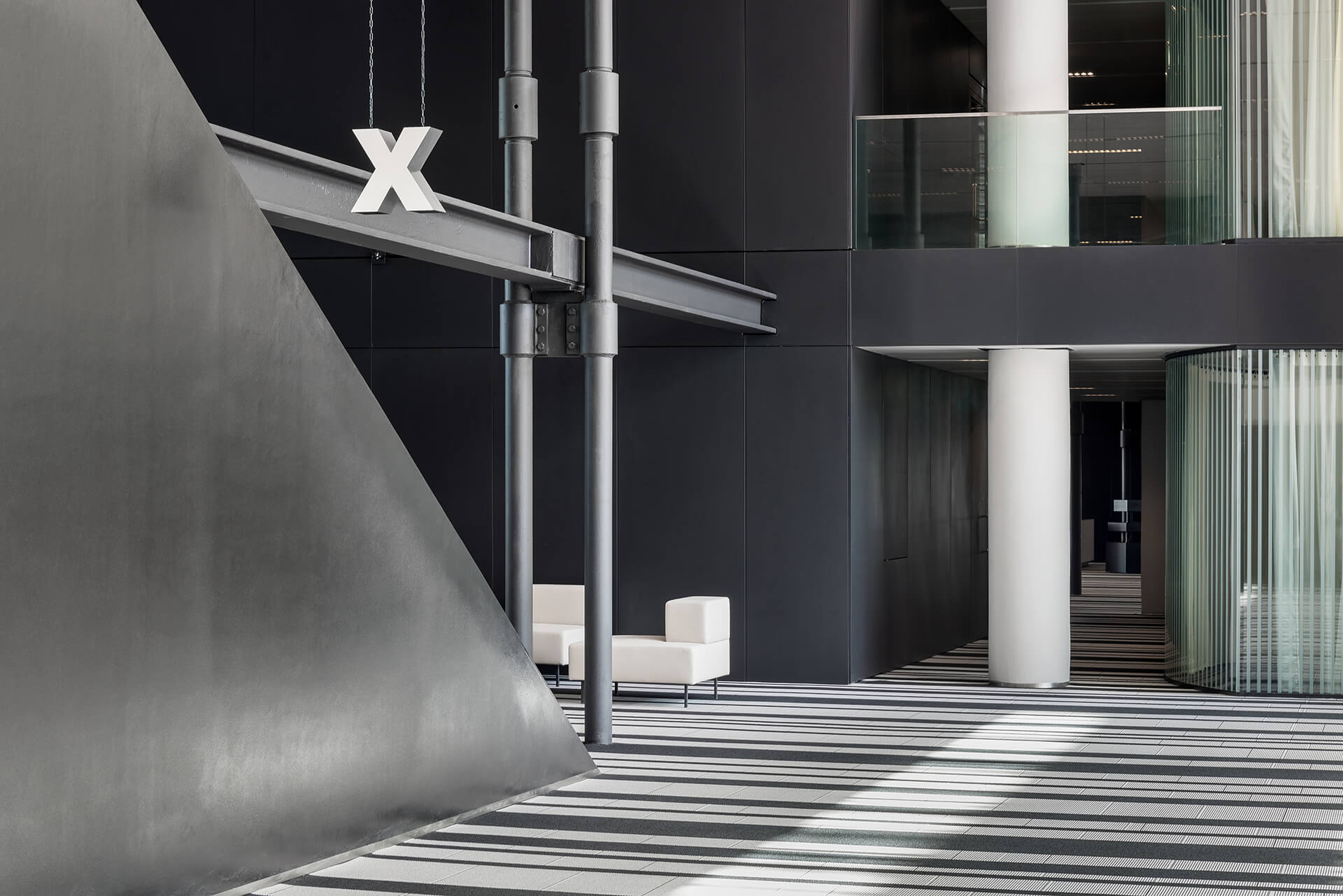 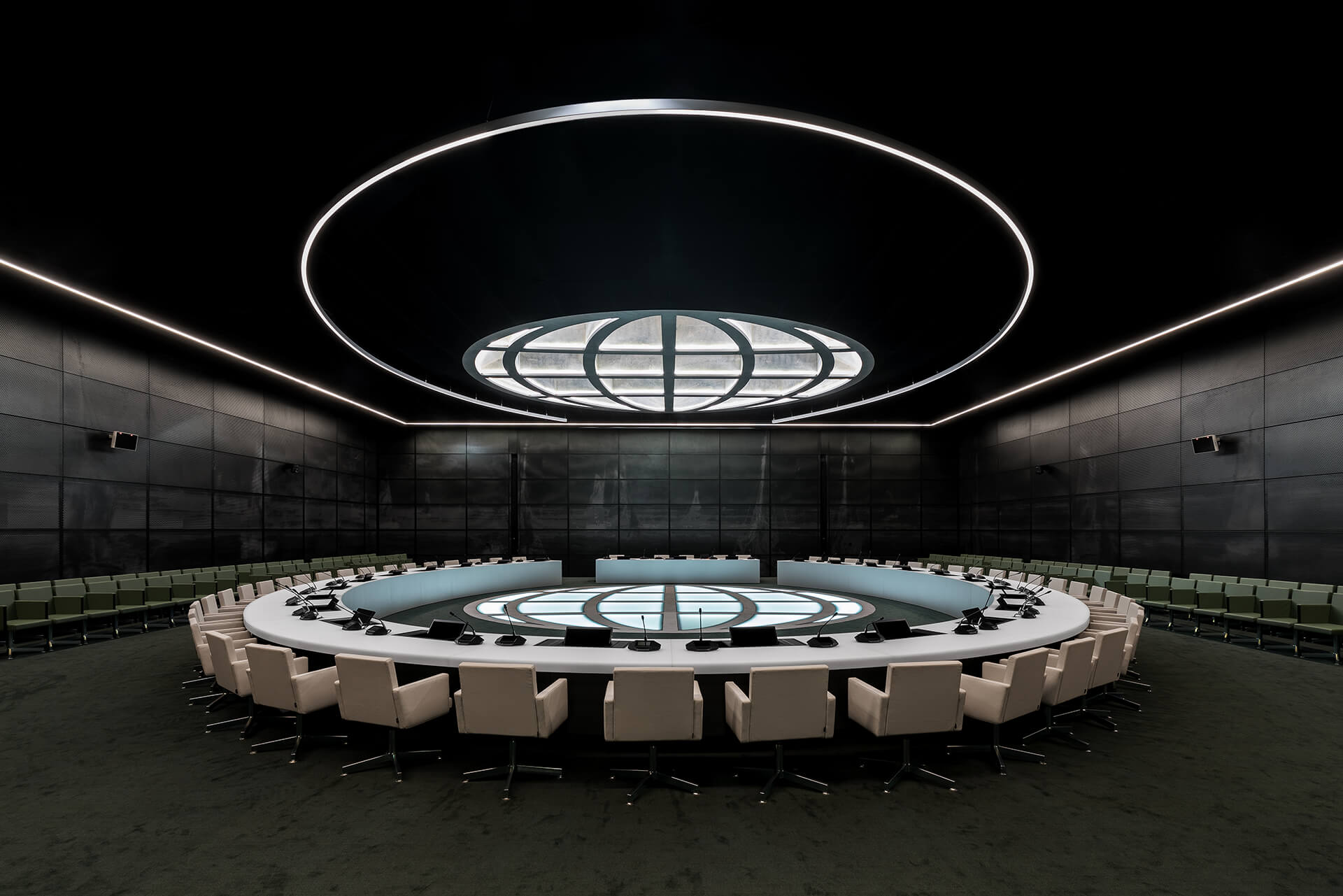 With the ongoing migration crisis such a hot topic, OMA has opted for clear glass to replace the solid exterior walls as well as most of the interior walls and doors to literally maximize transparency in the Ministries. The building’s openness and engagement with the public has also increased with the broadening of the ground level passage into a newly formed public square, the Rijksplein.

A walkway on every floor improves visitors’ sense of direction, offering views that run through the entire length of the building. Meanwhile, yellow accents in several shades highlight several key details such as the information desks and escalators. 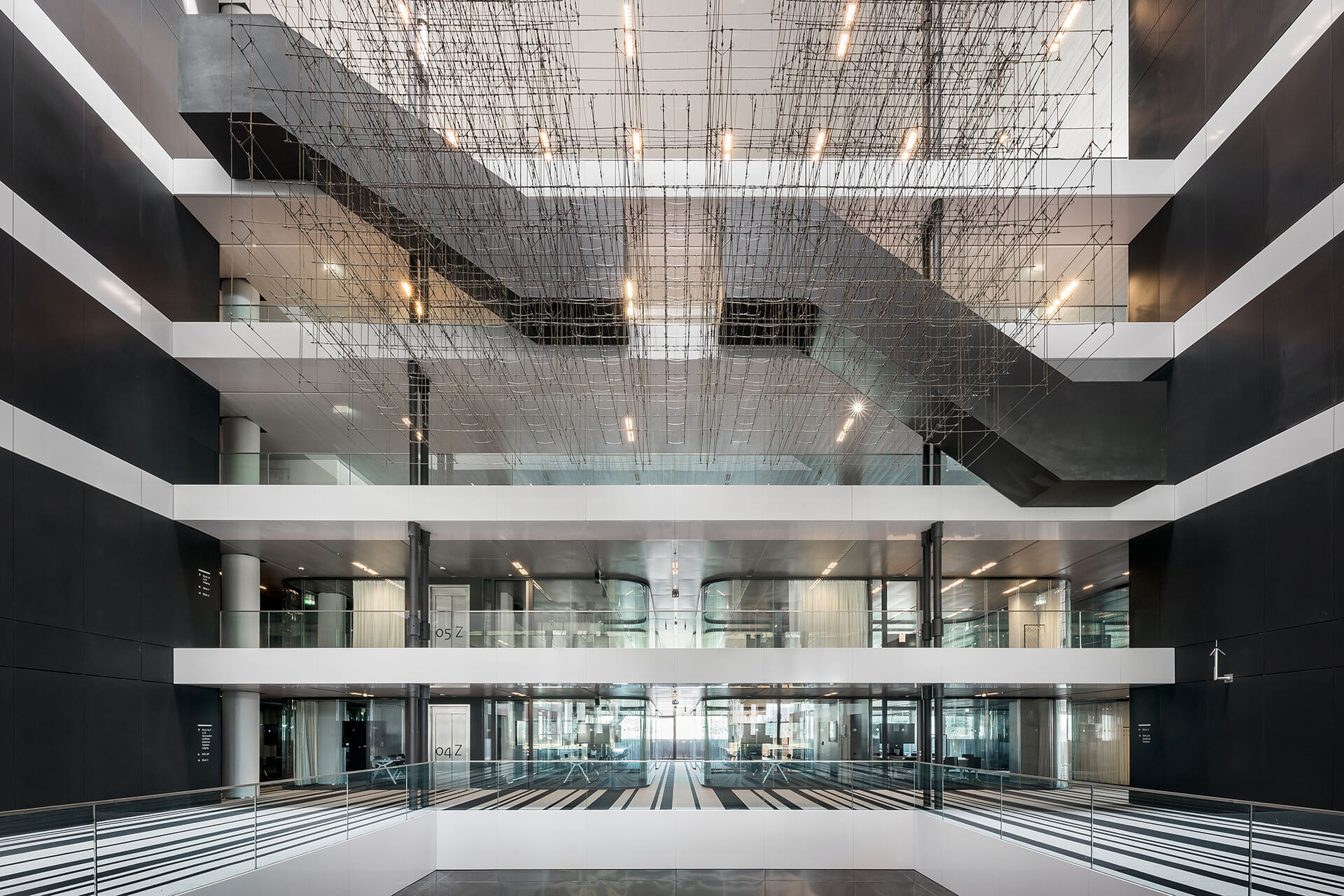 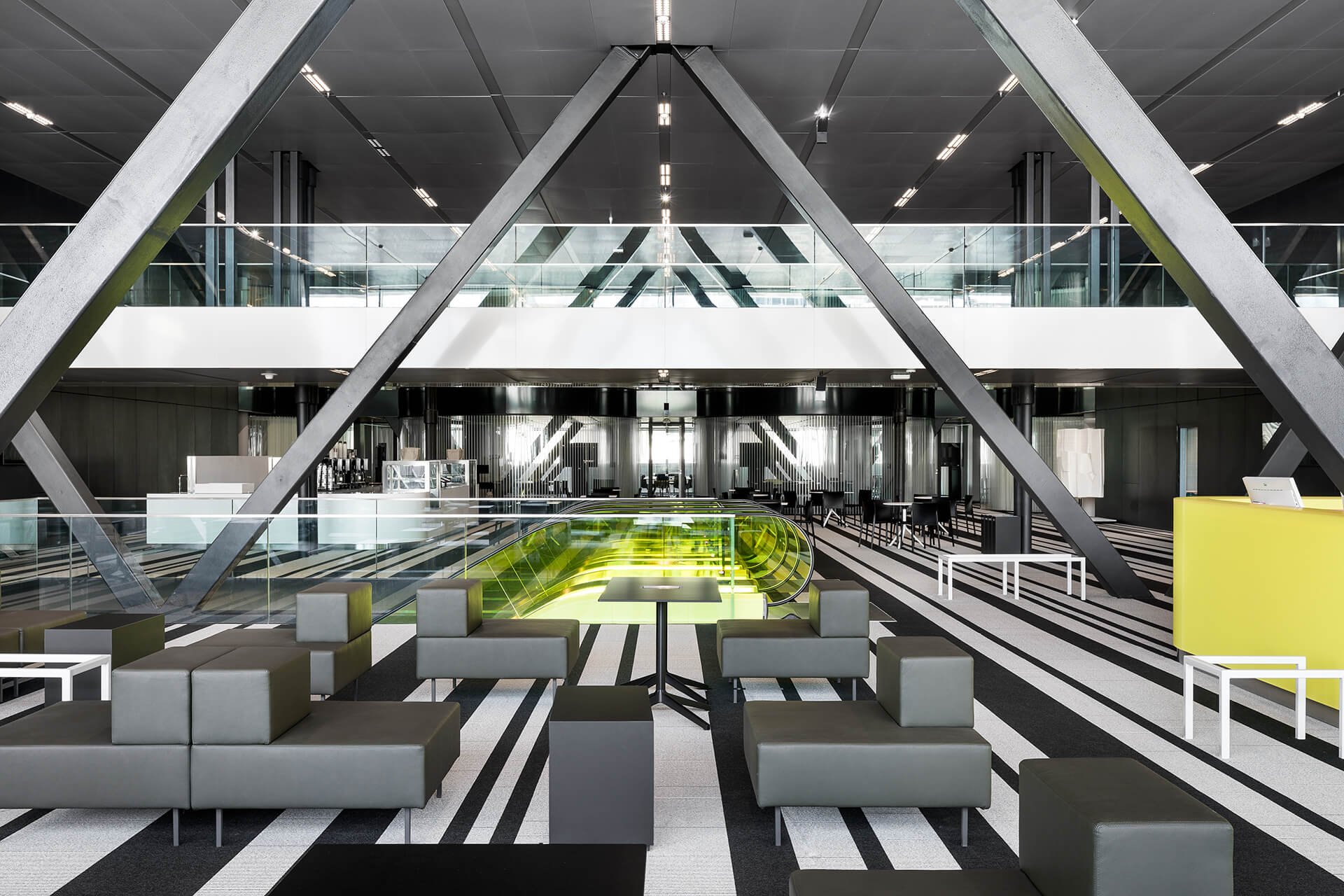