OMA’s human-centric articulation of the levels of learning

The newly constructed Qatar National Library is a monolith of glass and marble emerging from the earth. Led by OMA’s Rem Koolhaas, Ellen van Loon, Iyad Alsaka, Vincent Kersten and Gary Owen, the immense structure containing over one million books opened just a few weeks ago in April. The sides of the building have been lifted at an angle like two raised drawbridges, welcoming visitors to enter the 42,000 sq-m library directly from the center. 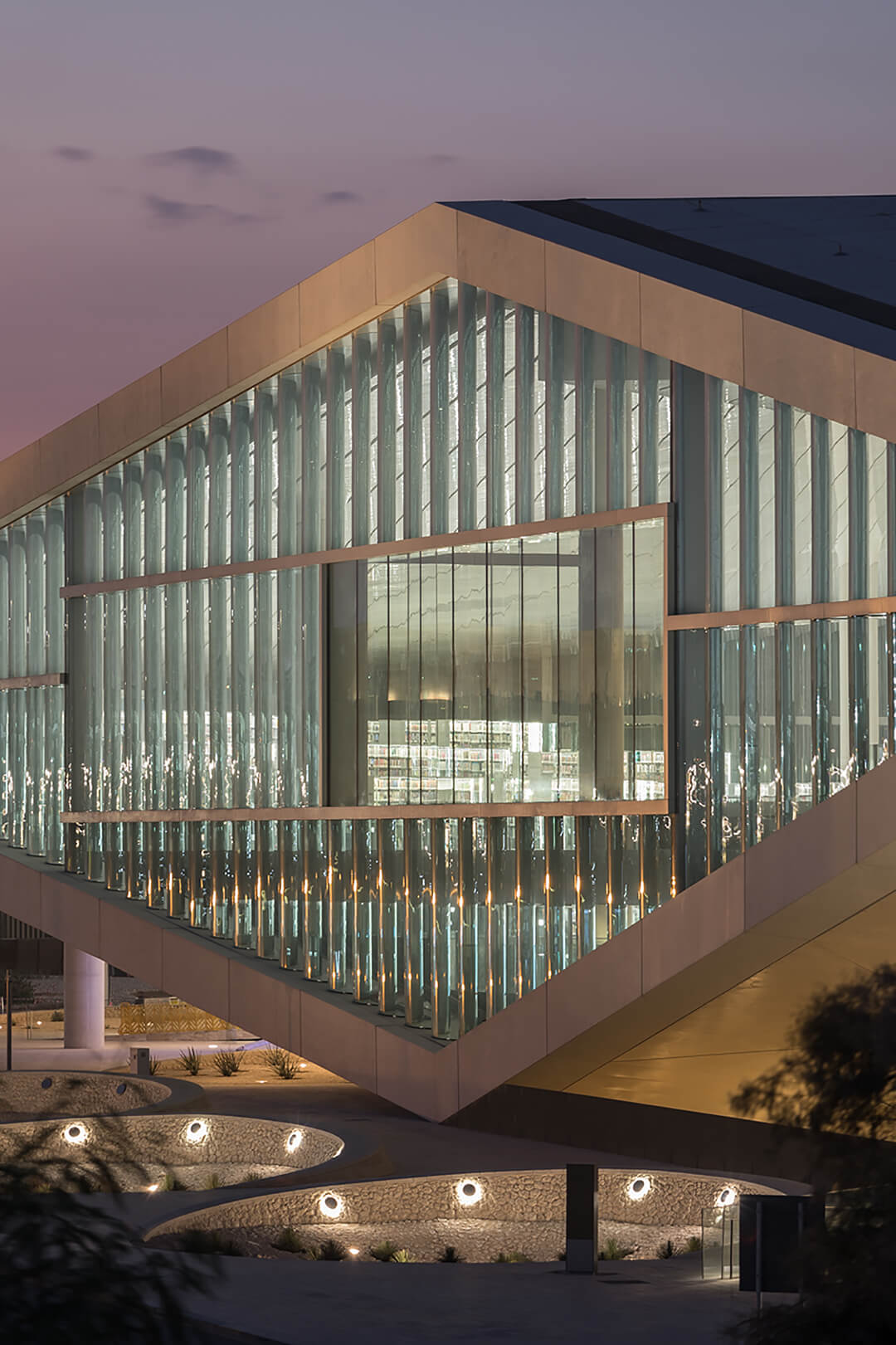 Merging together the National, Public and University libraries as well as the Heritage Collection of texts and manuscripts related to the Arab-Islamic civilization, the space fosters its own ecosystem of resources. OMA’s expansive concept draws on the historically important role of libraries as vibrant spaces for knowledge and social exchange, according to partner Ellen van Loon. ‘With the immediate accessibility of information in the current era, the library’s role as public meeting space is more significant than ever,’ says van Loon. The Qatar National Library is arranged to give the books no less prominence or consideration than those who use them, with areas for studying and socializing interspersed throughout. 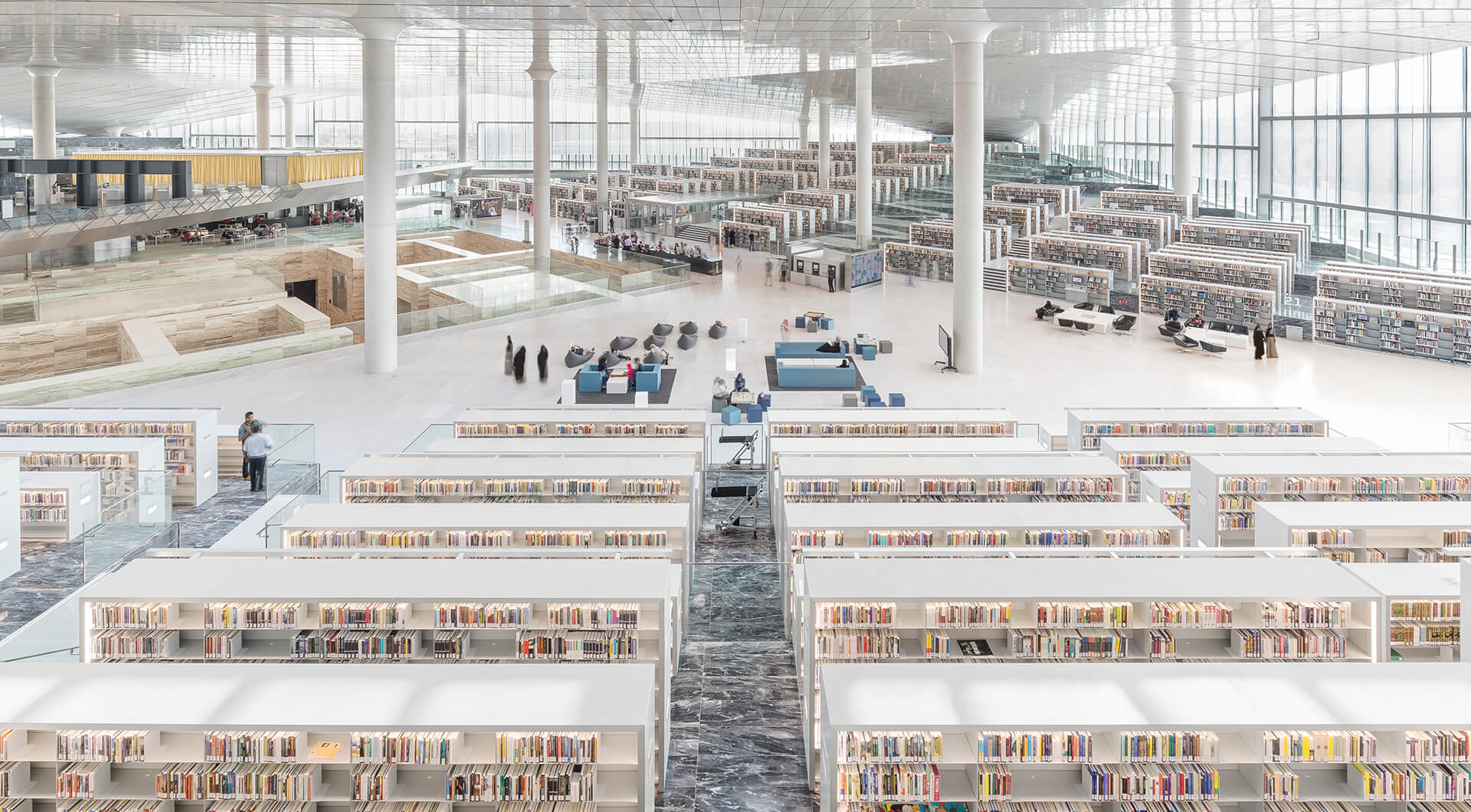 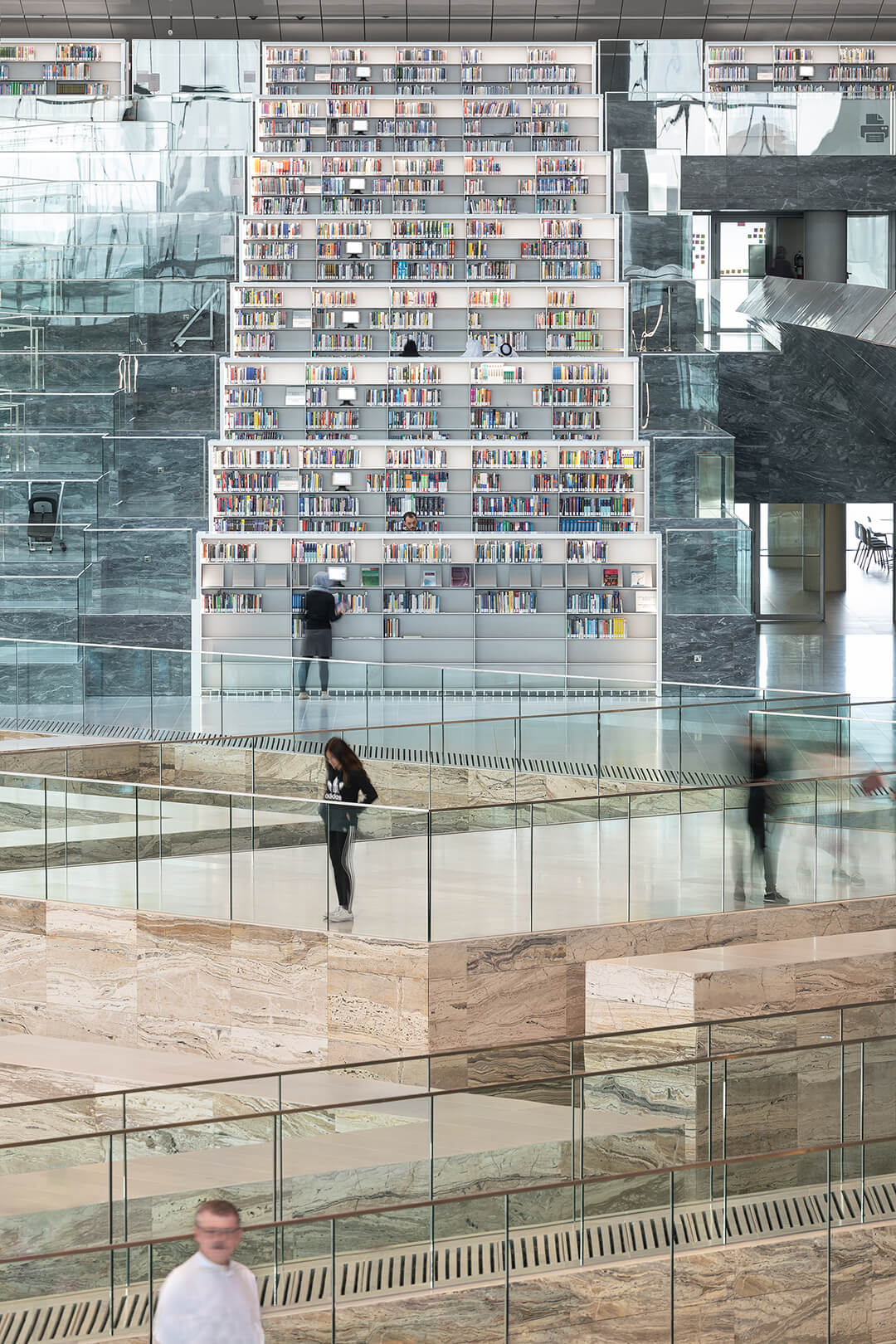 White marble imbues the various spaces with a sense of lightness, which is further articulated by the enormous rippled glass panels installed in the building façade. Prominent staircases traverse the terraced aisles of shelving, a visual gesture of the elevation lifting visitors towards higher knowledge. A six-metre deep chasm has been simultaneously excavated from the floor, representing the storage and shelter of the sacred. The Heritage Collection is steeped in an earthy travertine that appears to hold and reveal history through layers of time and sediment. 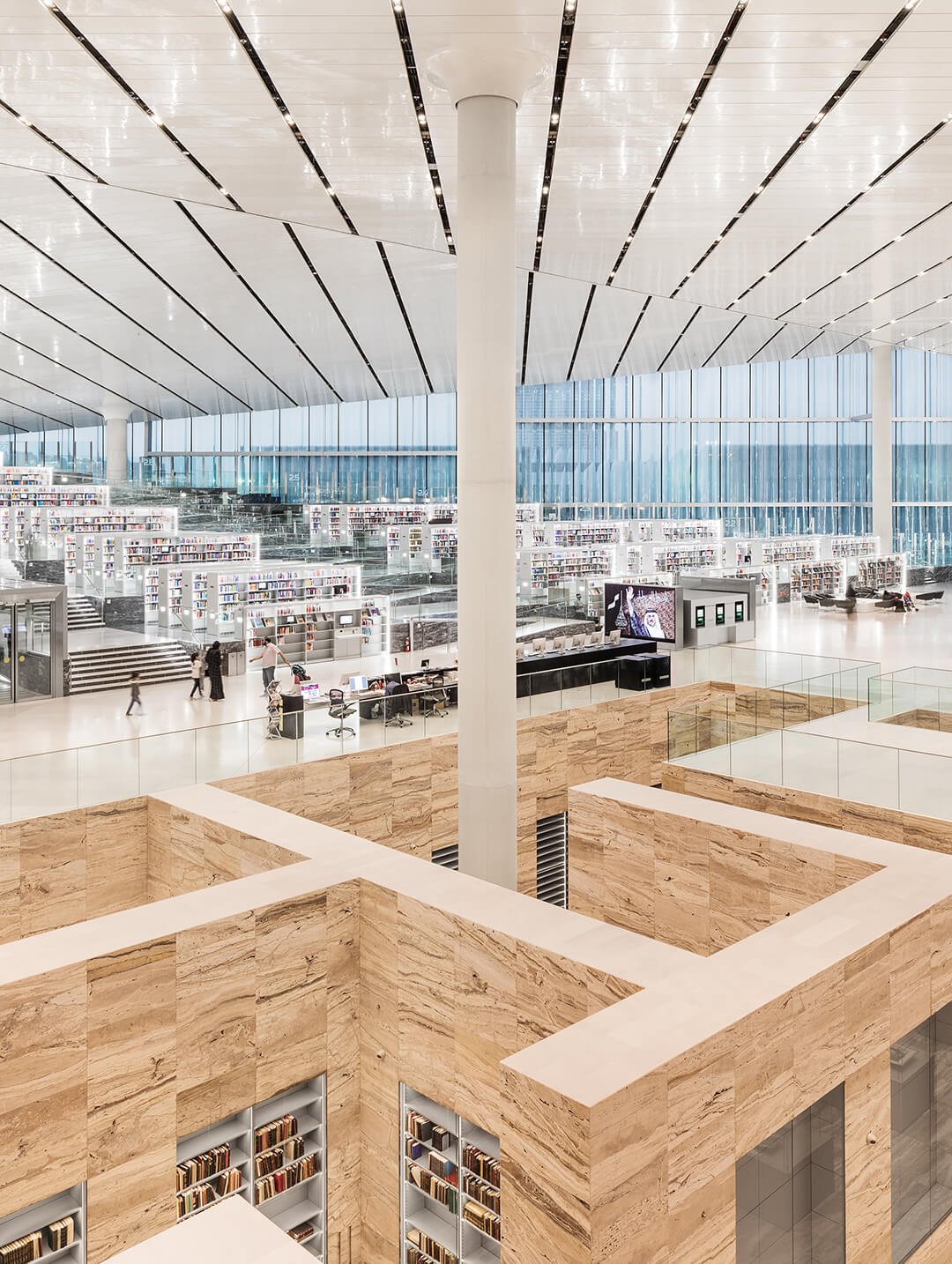 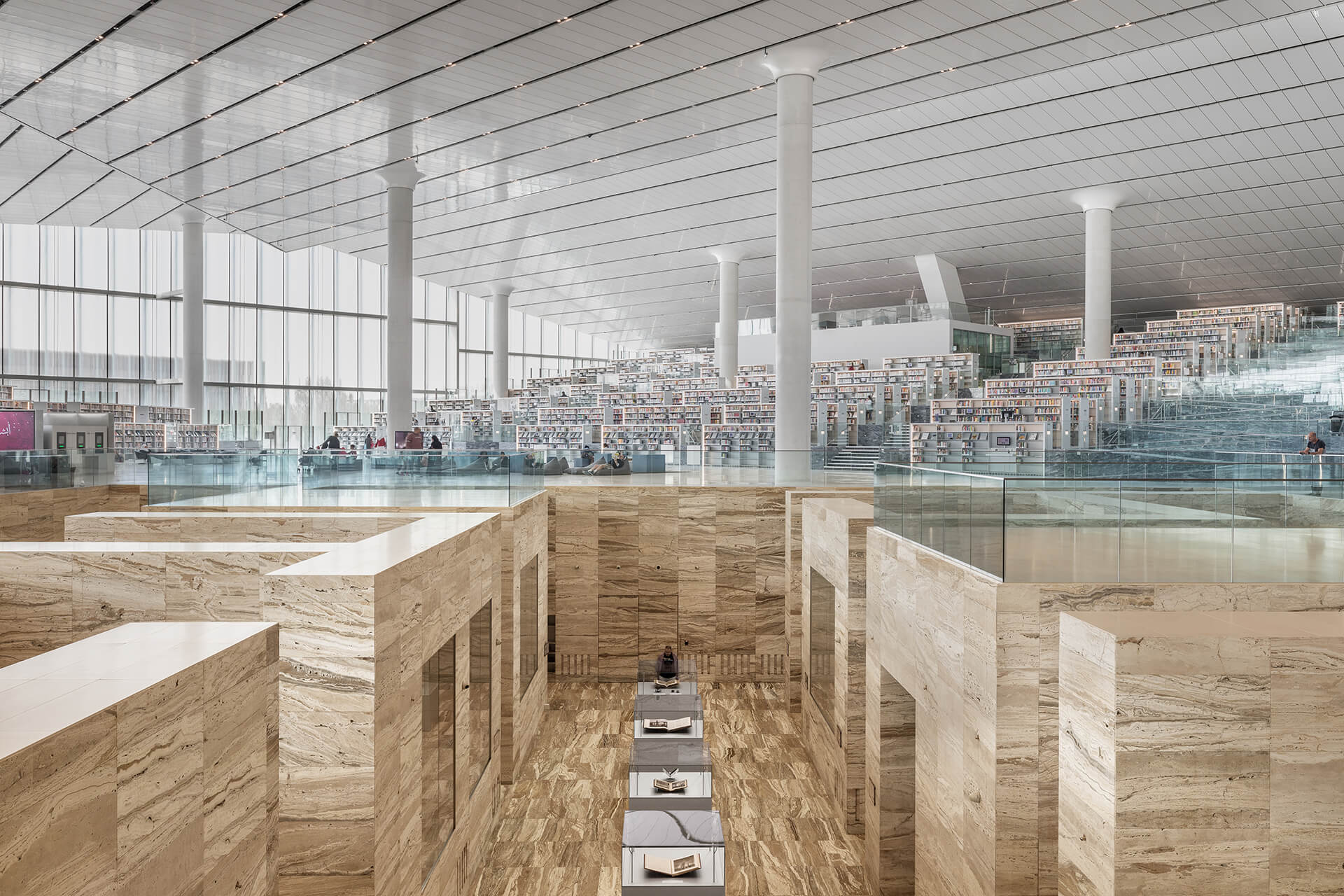 The library is a triumphant expression of learning and knowledge, animating the process of research with spaces for dialogue and discussion, interspersed through the levels of the building. 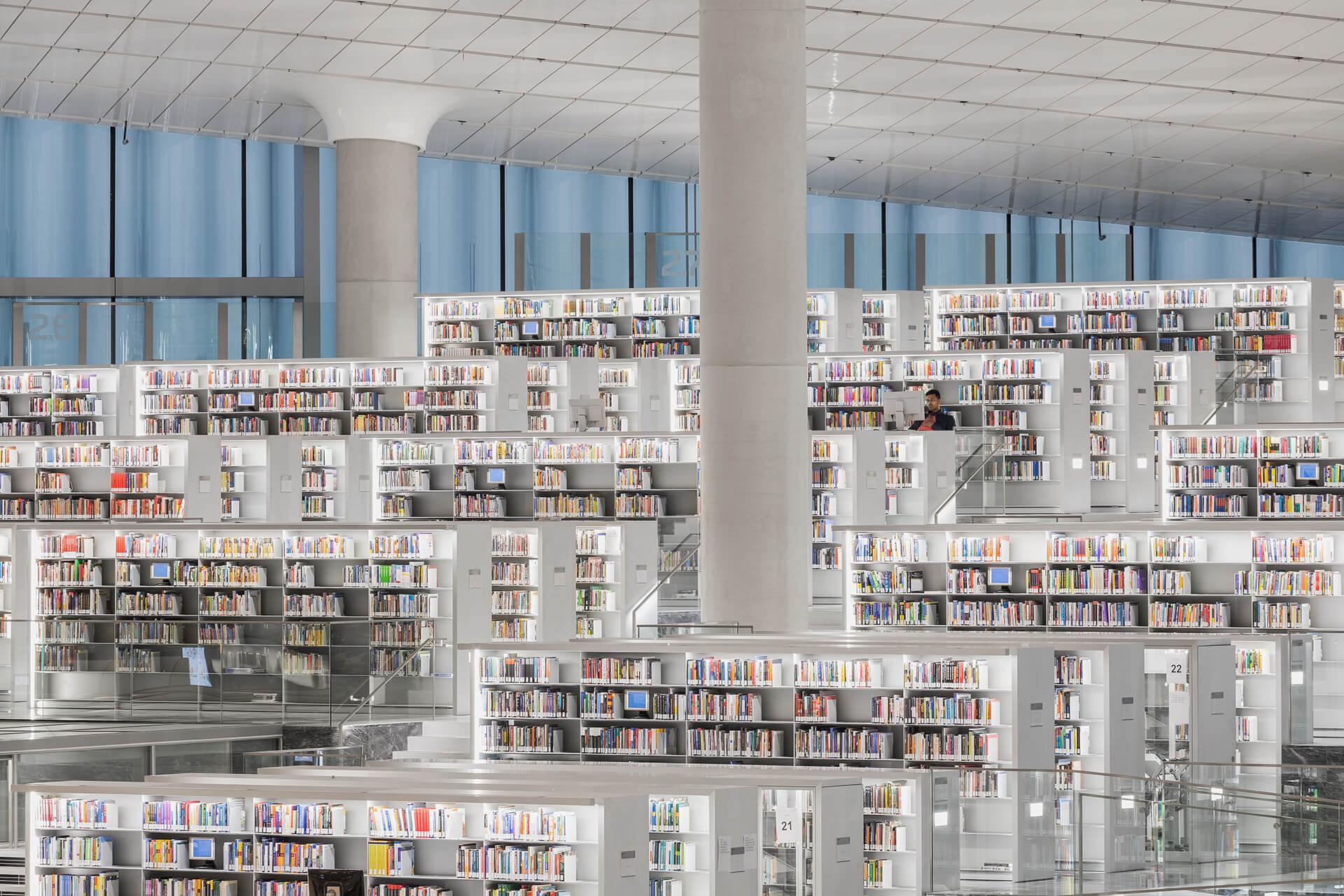